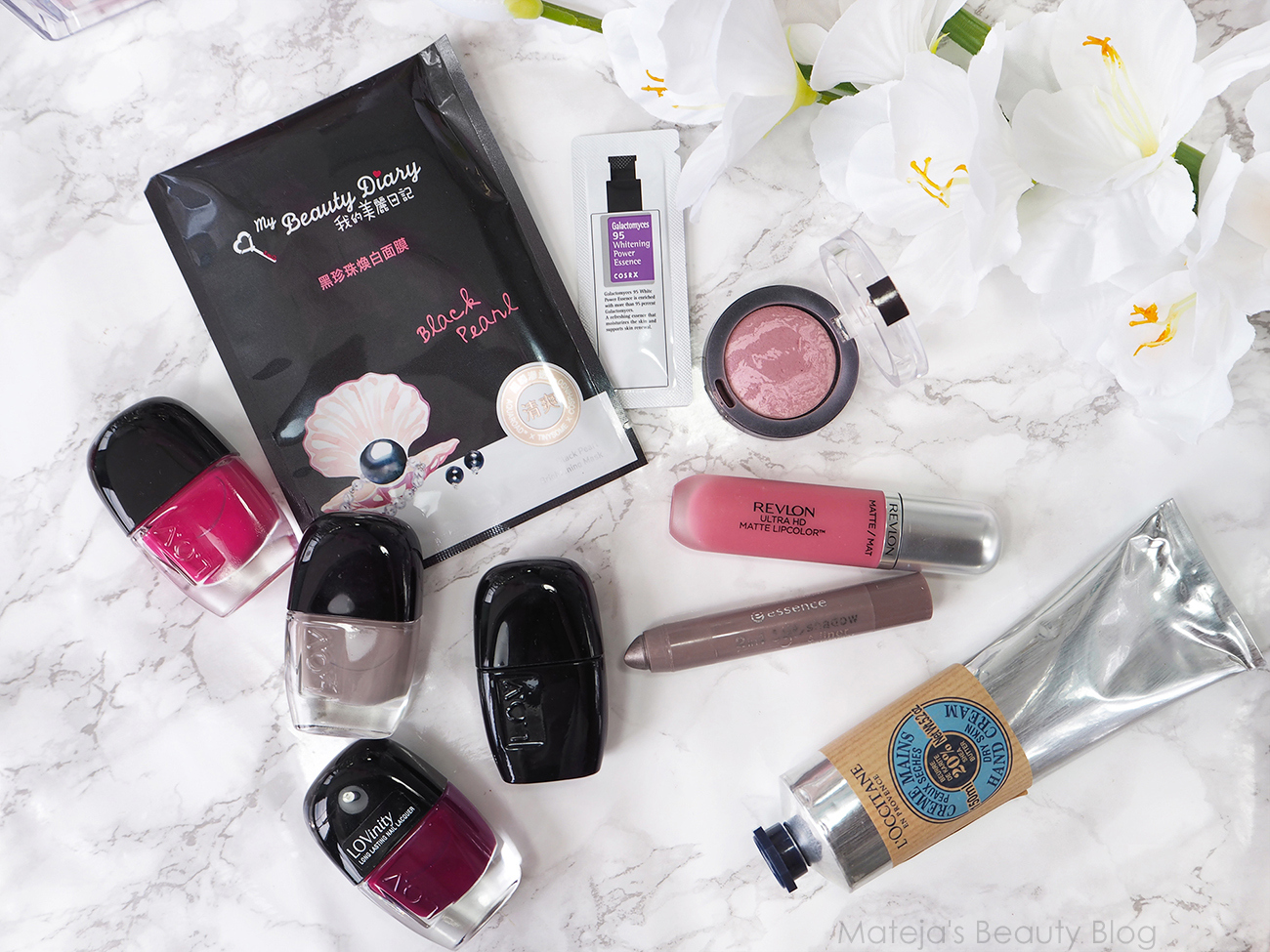 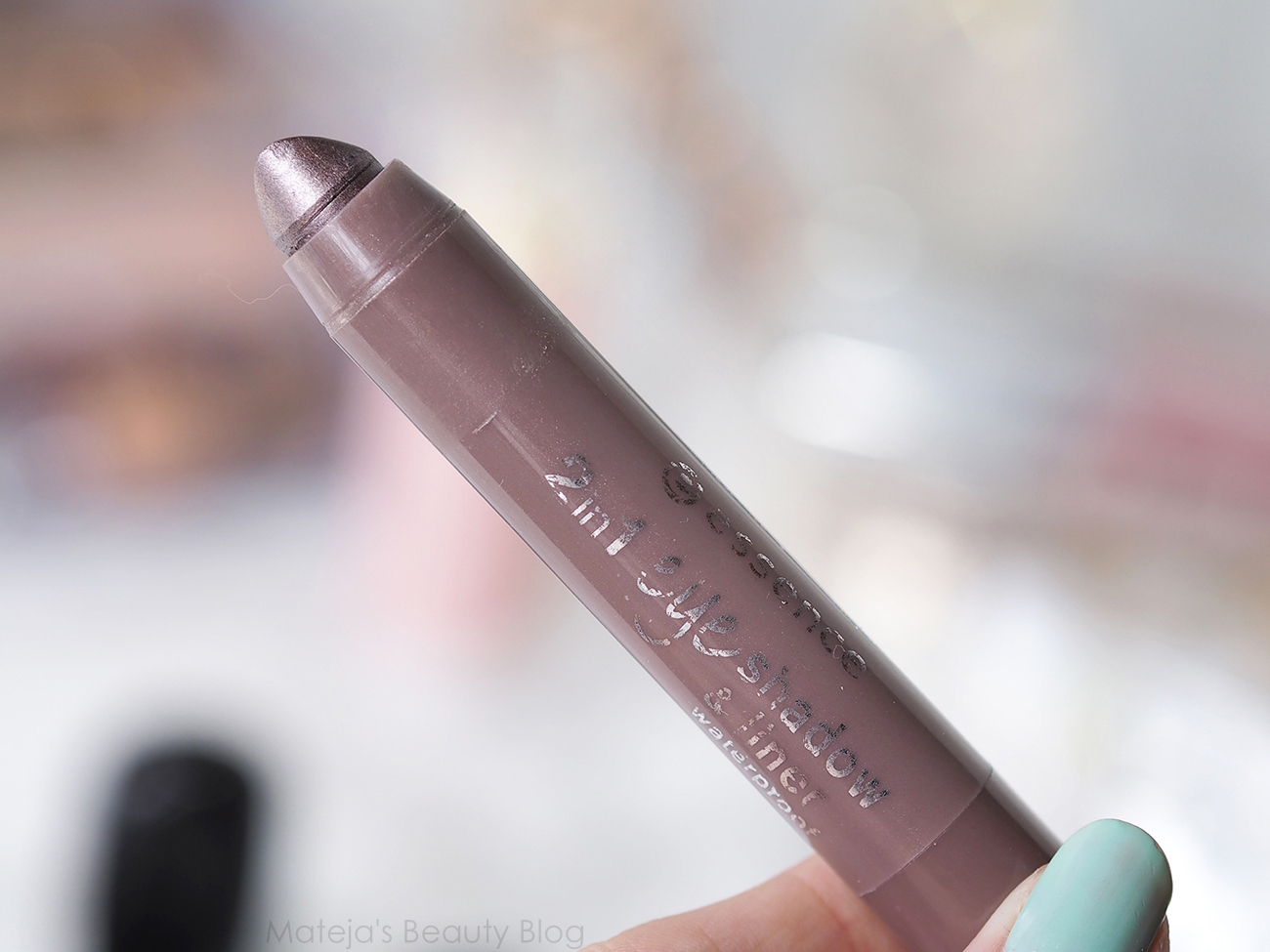 ESSENCE 2 in 1 Eye Shadow & Liner
06 she’s got the mauve
I’m quite lazy when it comes to eyeshadows, well to be honest I’m not good at applying them nicely in the first place and that’s why I’m so fond of these stick eyeshadows. Essence’s are probably my favourite (or tied with Kiko’s), but I simply swipe the colour on the lid and quickly blend it – that’s it for my everyday look. I wear it in combination with an eyeliner and this eyeshadow helps it not transfer into the crease. She’s got the mauve is a mix of purple-mauve, taupe and brown, so it looks great on my grey eyes. Big plus is no shimmer, unlike Kiko’s shades. 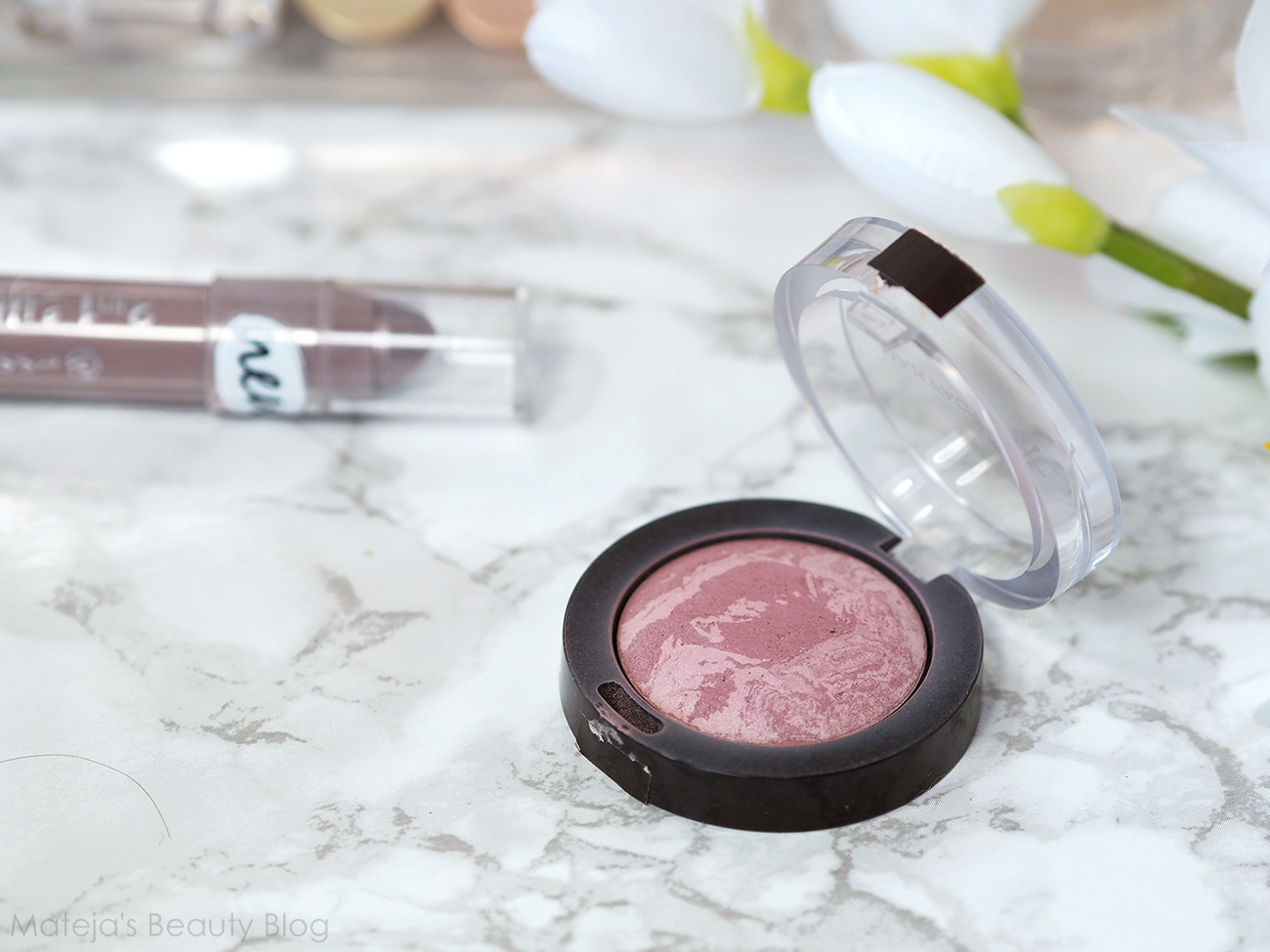 MAX FACTOR Creme Puff Blush
Lavish Mauve
This is one of my golden standard favourites like Milani’s Romantic Rose, so a shade that goes with everything because it’s a fairly neutral type of colour. It’s a natural or muted pink shade, the name definitely doesn’t fit quite right because on my skin tone I don’t see any mauve tones. It’s supposed to have a glow as well, but it’s very subtle in form of a fine violet shimmer which makes it cooler. 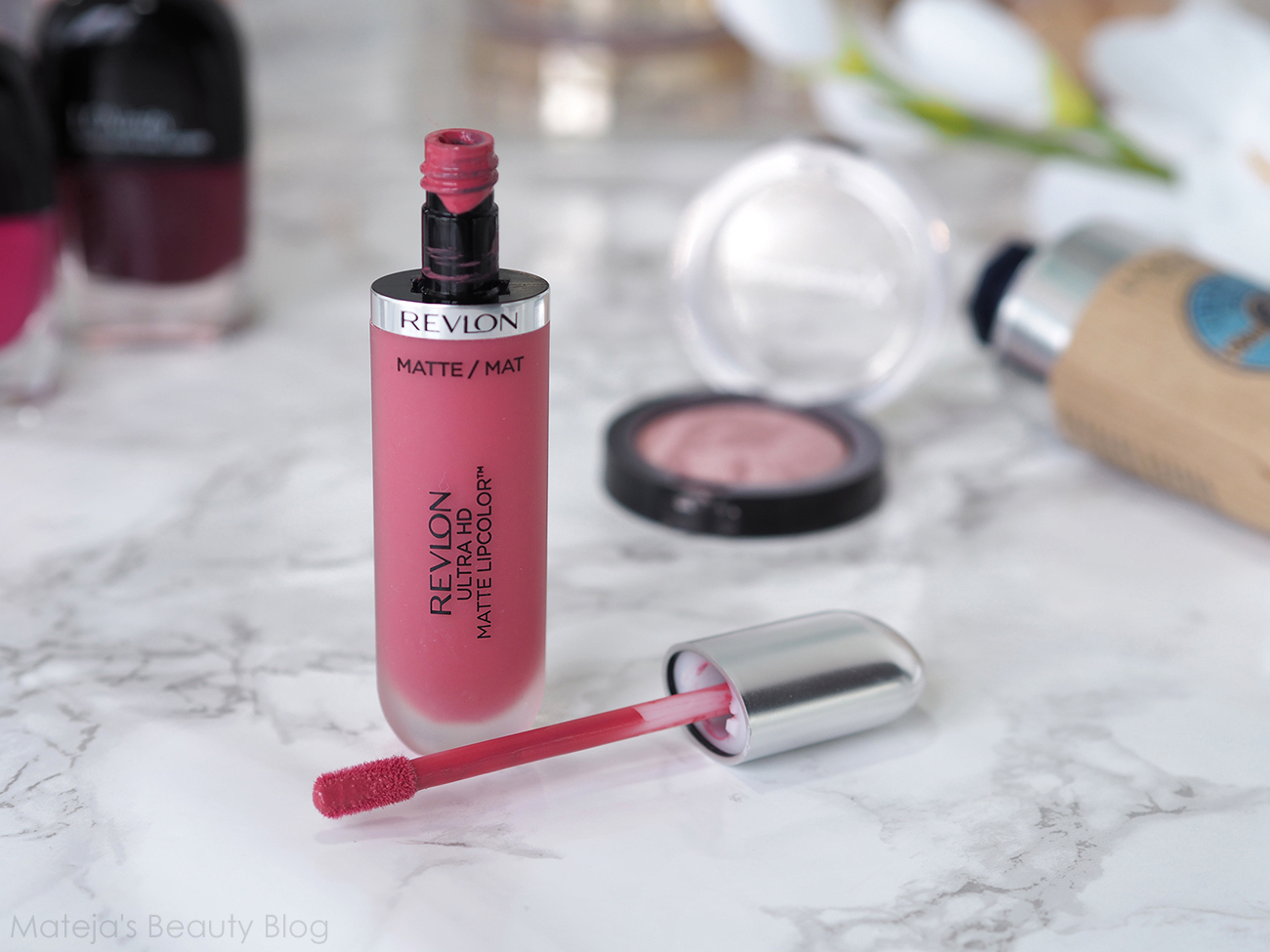 REVLON Ultra HD Matte
Devotion
I keep putting this in my favourites, but it’s so nice. I love the formula, even though it’s not really matte and it smells great, so I just keep reaching for it. My shade is Devotion which is a warm, muted pink shade that also has quite nice staying power. I’ve recently started looking into getting more shades, maybe Seduction or Embrace. 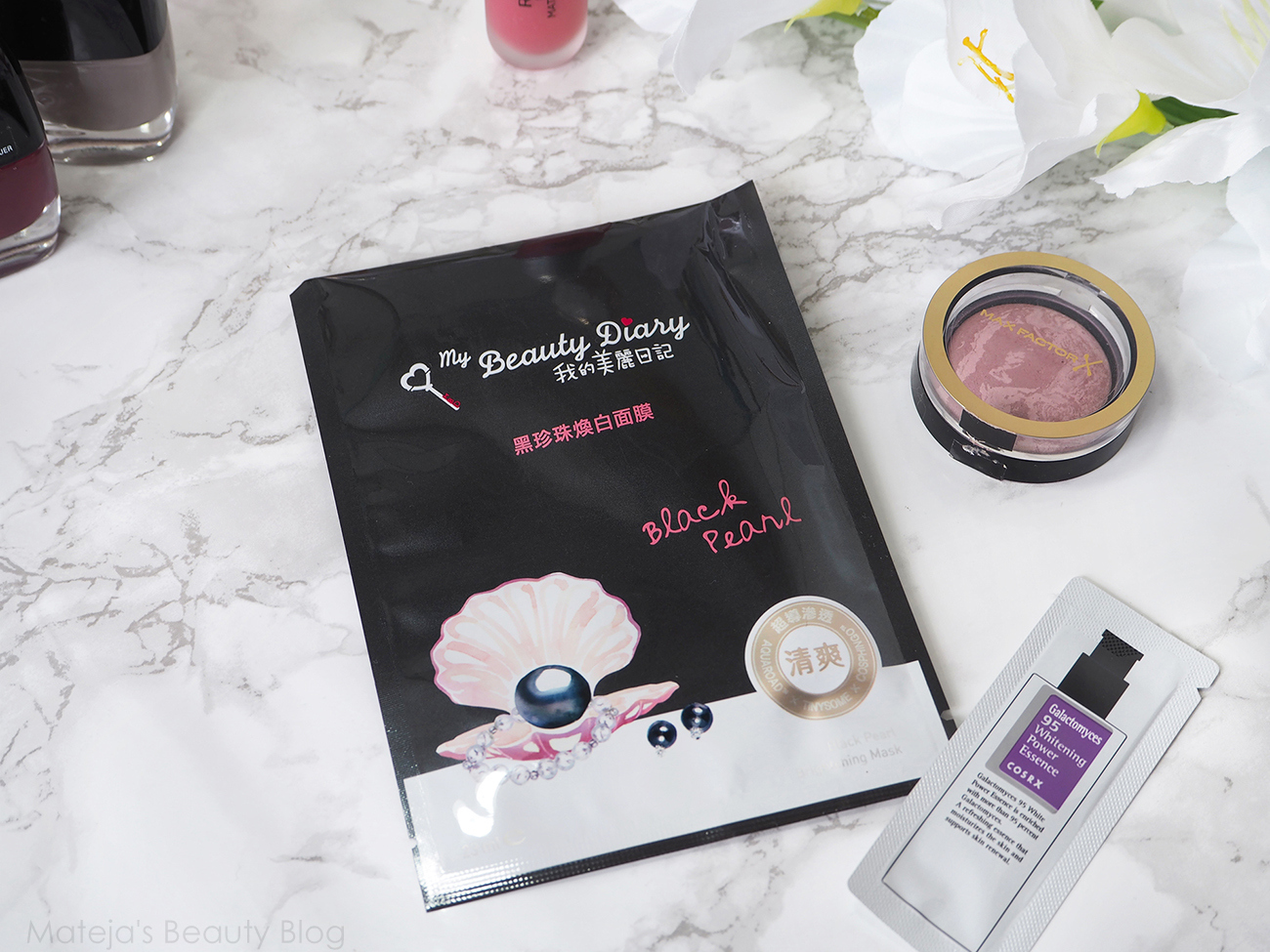 MY BEAUTY DIARY Natural Key Series Facial Mask
Black Pearl (Brightening)
In my last favourites I raved about The Face Shop Disney Snow White mask, which is a limited edition and I’ve since found pretty good dupe for it. The sheet is thinner than others I’ve tried and it’s again very saturated, but this one to the point that is actually drips when you’re taking it out (also because it’s wrapped in an additional foil). The essence is very light, non-sticky and absorbs quickly, plus it smells like-lilies-of-the valley, so I loved it even more. The effects were basically exactly the same as at the Snow White mask – my skin felt incredibly soft, it was hydrated, healthy looking and more even (not in a way that it erased old blemish marks, but that the redness was less pronounced). I’ll be buying more of these, especially since they are cheaper than Snow White version’s, though I picked up two more of those before they are gone. I ordered from a Taiwanese seller on eBay called house_of_fashion.2013 and it arrived in 10 days, plus I got an additional mask. 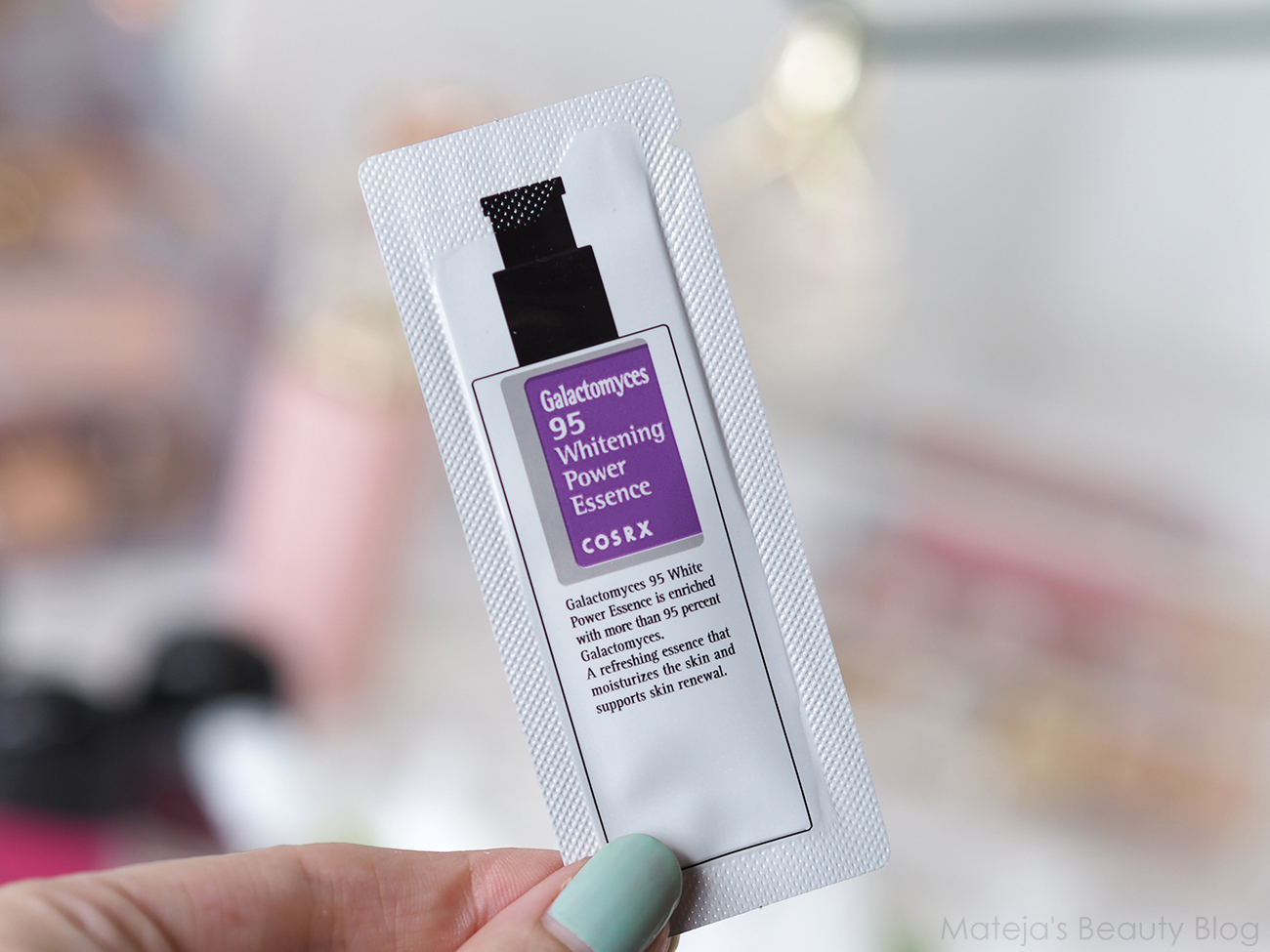 COSRX Galactomyces 95 Whitening Power Essence
It might be a bit weird to include a product I’ve only tried samples of, but I bought a pack of ten on eBay (seller korea-cosmetic-samples, arrived in 17 days) and one lasts several applications, so I really had a proper chance to test it. For my first test, I used this on one side of the face and Cosrx Snail Muncin on the other and after about four days, I could already see a significant improvement in my skin texture on the side I used this essence. The pores appeared smaller (nothing drastic, they just weren’t so gaping as they have been for the past three years), the skin was smoother and it just looked better. Even foundations applied so much nicer on that side of the face – it was so strange to see just how much skin care is capable to do. This is my first time trying essences and I ordered/got samples of more different ones, so I’ll be testing them in the future, but so far I can say they are seriously amazing type of products, but this one is the cheapest I’ve tried and it’s really good. 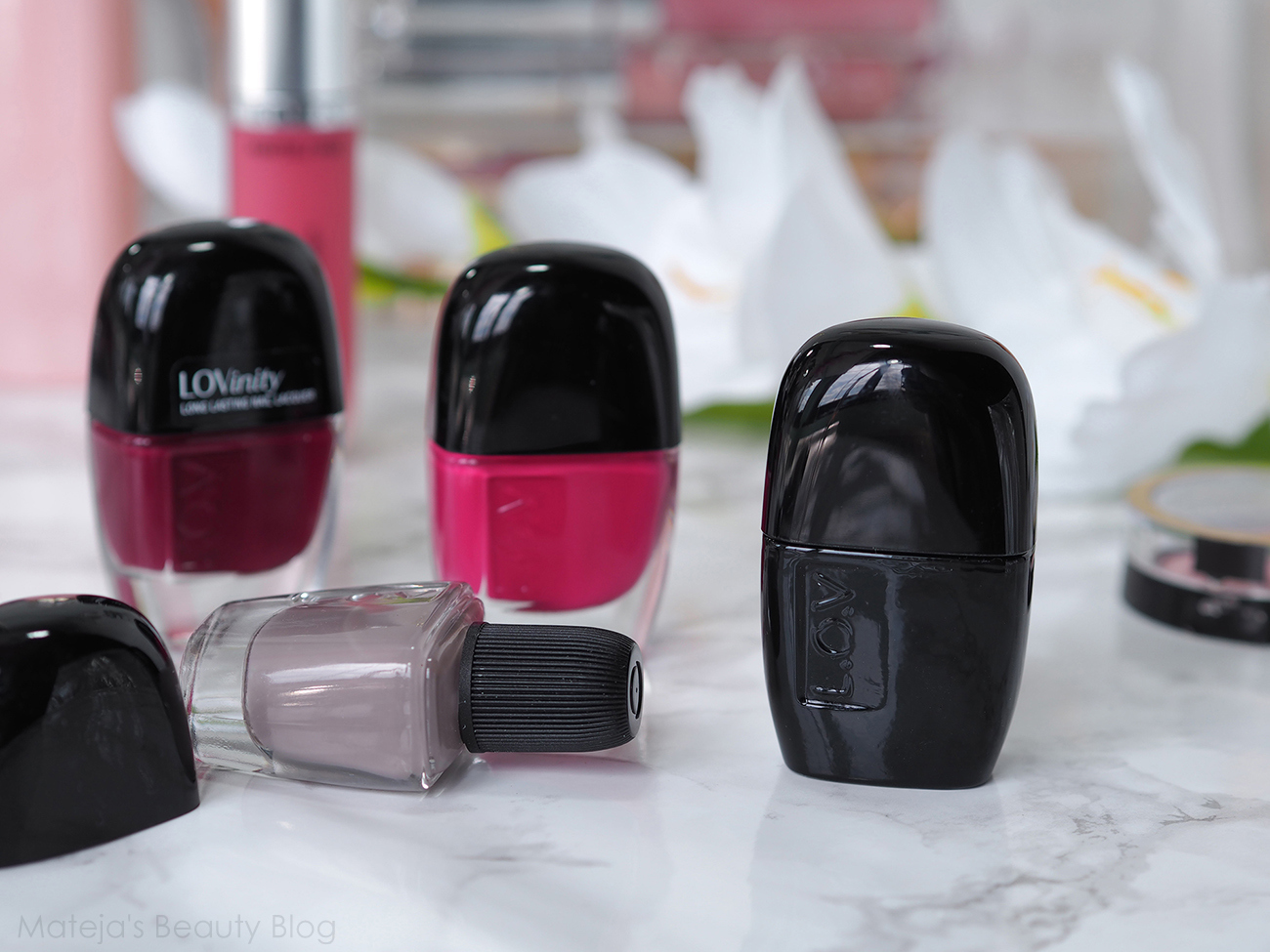 L.O.V. COSMETICS LOVinity Nail Lacquers & SpectacuLIGHT Gel Top Coat
I’ve already said a few times how much I love LOVinity nail polishes, but since my nails are so strong and healthy, everything lasts really well on me and my recommendations in that department are fairly irrelevant. Though, these have such a lovely and smooth formula, it’s just a joy to apply them. But I recently got sent the SpectacuLIGHT Gel Top Coat, which I think it’s permanent and I got an incredibly long wear from that combination. It was weeks, but again that is irrelevant to you, still it might help you get an extra day or two and for some that’s worth it. It also didn’t make my nail polish go darker in time or start to flake off like it happens when I wear Seche Vite for a week, but it’s not as shiny or quick drying. 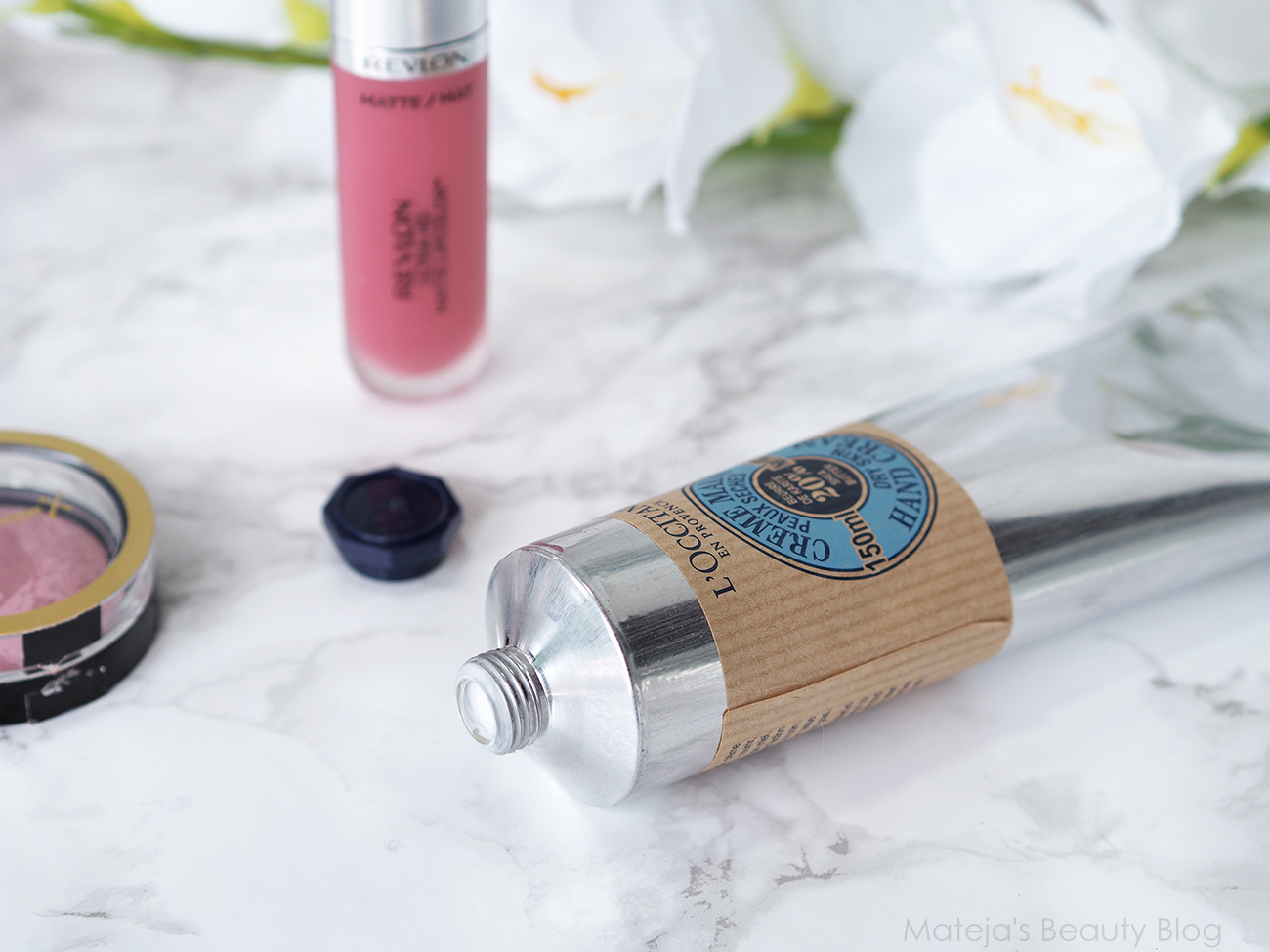 L’OCCITANE Hand Cream 20% Shea Butter
I should have bought this years ago, but it’s so crazy to drop 22 € for a hand cream that I never got it. Its only when desperation set in after a ton of manual labour plus my skin being so dry at the moment that I caved in. And now I don’t even think it’s that crazy expensive because the tube is truly massive. It’s the only decent cream I know off that is fantastic for dry skin, but at the same time doesn’t leave your skin annoyingly greasy for long. It’s a very thick, rich shea butter based cream with a lovely nutty scent, so I really enjoy using it. My hands are much less dry after using it this past month, so I don’t even need to use hand creams that much anymore. I have a lot of L’Occitane hand creams, but only these with 20% shea butter are the real deal.
Have a great day!