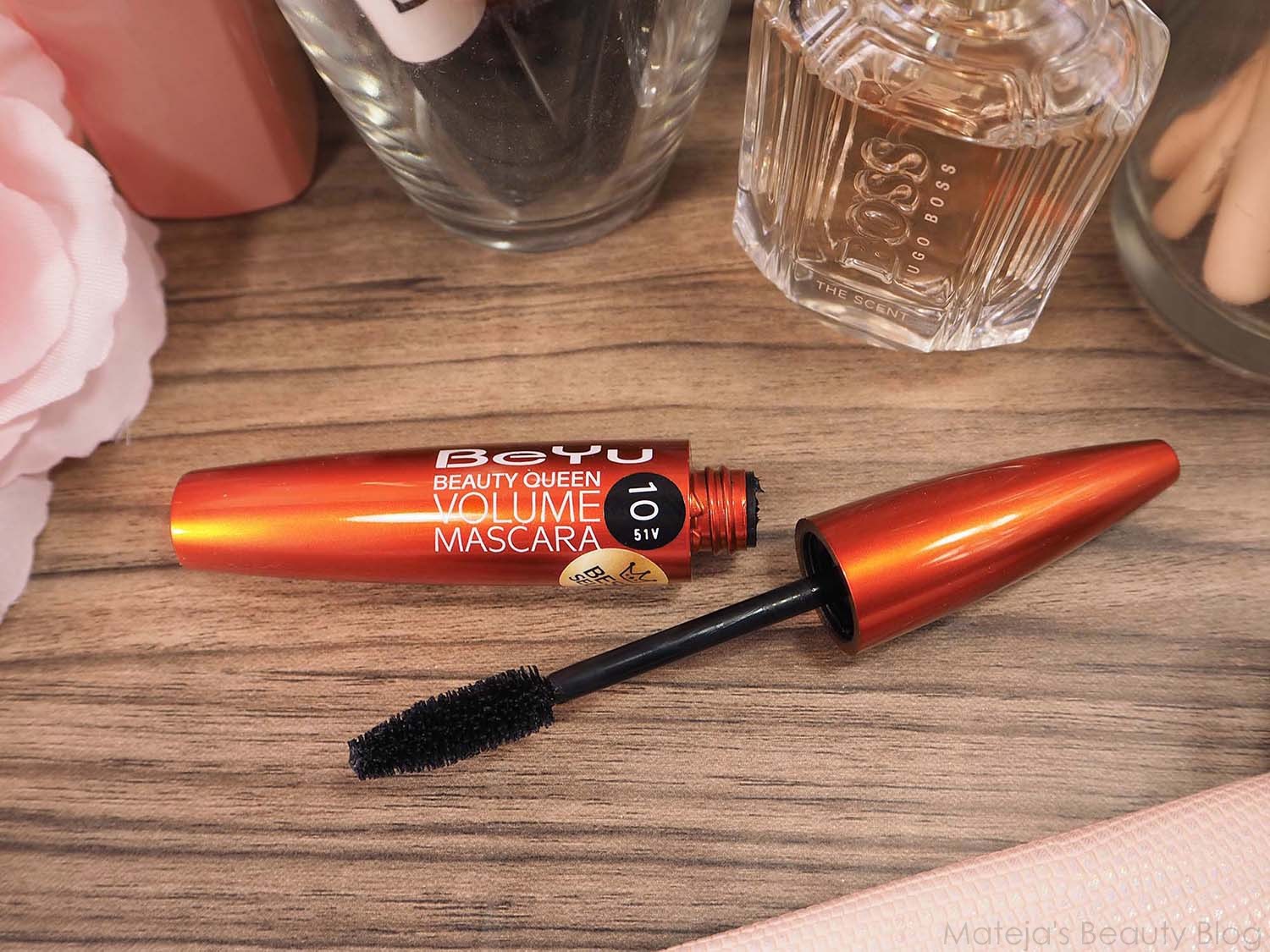 Like most brands BeYu has a large selection of mascaras that cater to every need, but this one is their best seller and having used it for a while, I can see why. I was impressed from the first time I tried it, something that doesn’t happen often at mascaras since most need time to become good, but this one performs great the moment you open the tube. I’ve had it for about a month now, used it almost every day and it still performs the same. 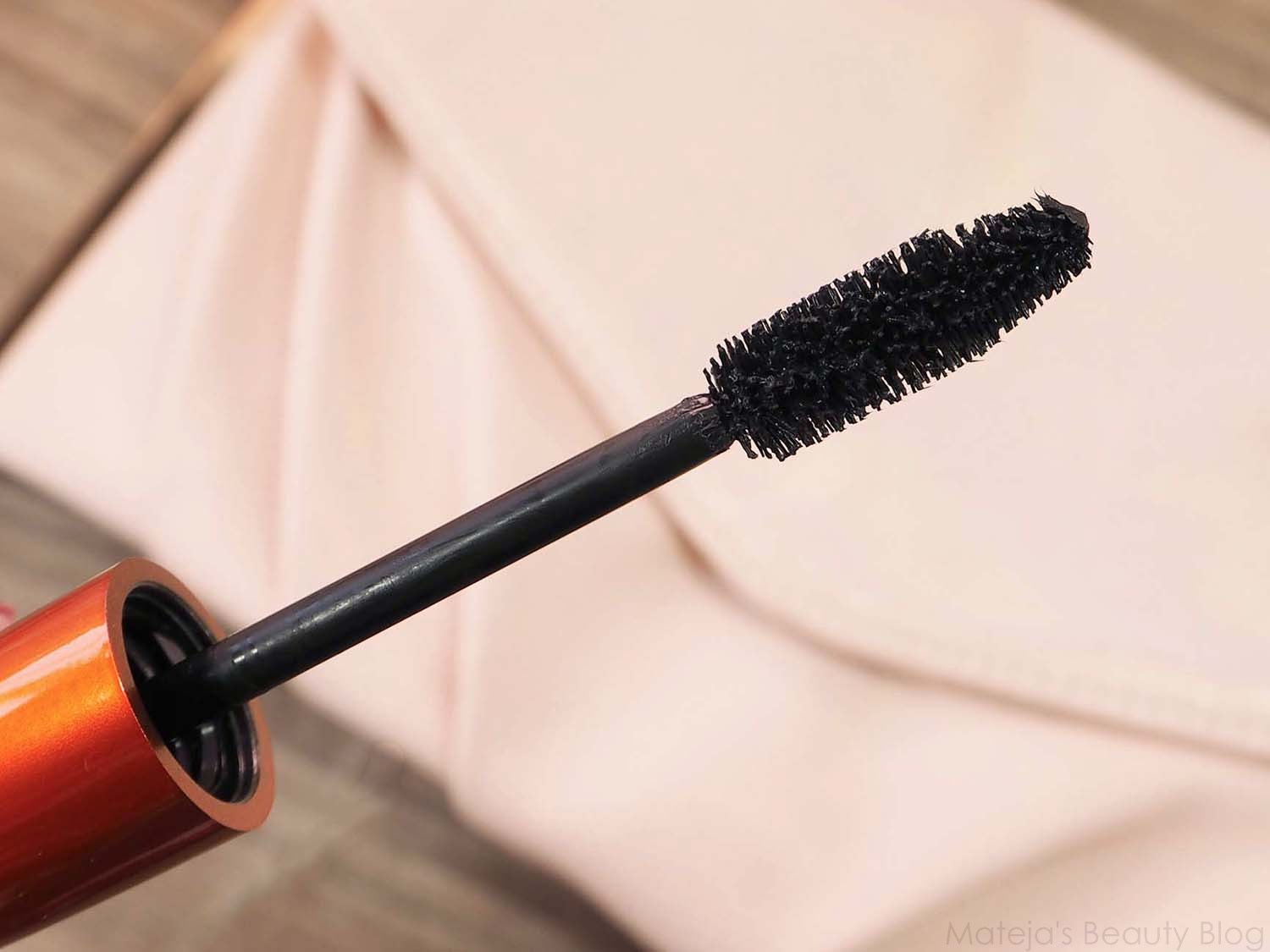 Wand: The brush is pretty standard – it’s a regular size, but it’s very thick and bushy, which I love because it catches every lash and it doesn’t clump them up. The brush is so much more comfortable to use than my other favourite’s Max Factor Voluptious, however, it doesn’t fan out the lashes as well as that one, but it is close.

Effect/formula: It’s quite a volumising and lengthening mascara, so it gives me quite big lashes, but I’ve had many similar ones before. As I said it doesn’t clump the lashes, but separates them nicely. But the reason I really like this mascara is because just like Max Factor’s Voluptious it doesn’t drop my lashes, instead keep them lifted a least half way, though my lashes still get caught on my glasses, which is my pet peeve. 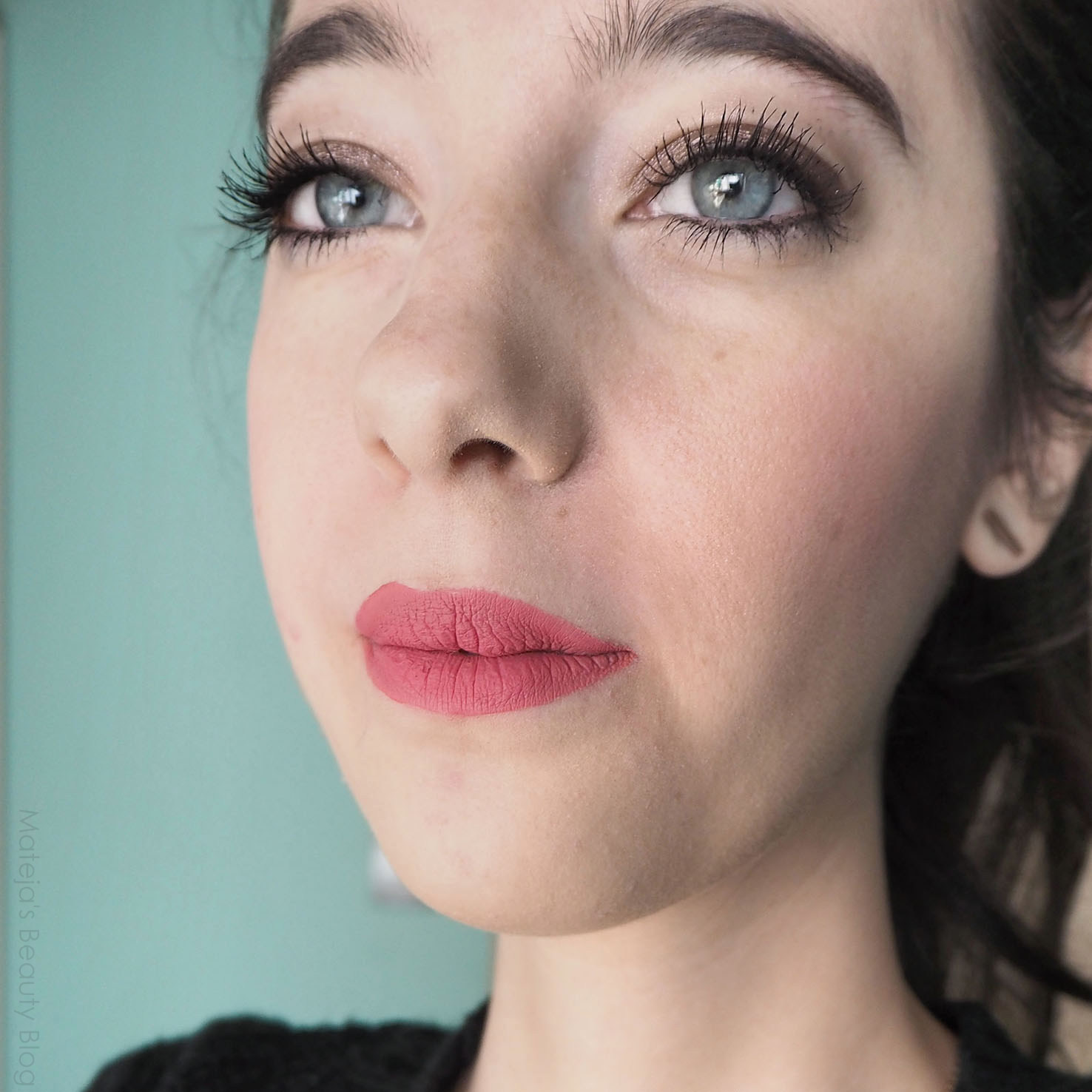 ColourPop Ultra Matte in Sollow on the lips, Kiko Eyeshadow Stick in 05 Golden Rose on the eyes. I didn’t use any lash curlers here.
Packaging: What is it with drugstore companies and mascara tubes? One is flashier than the other. This one features a bright orange colour, which is not to my taste, but it’s a good quality tube.
Price and availability: In Slovenia it’s sold in DMs for 11.99 €. 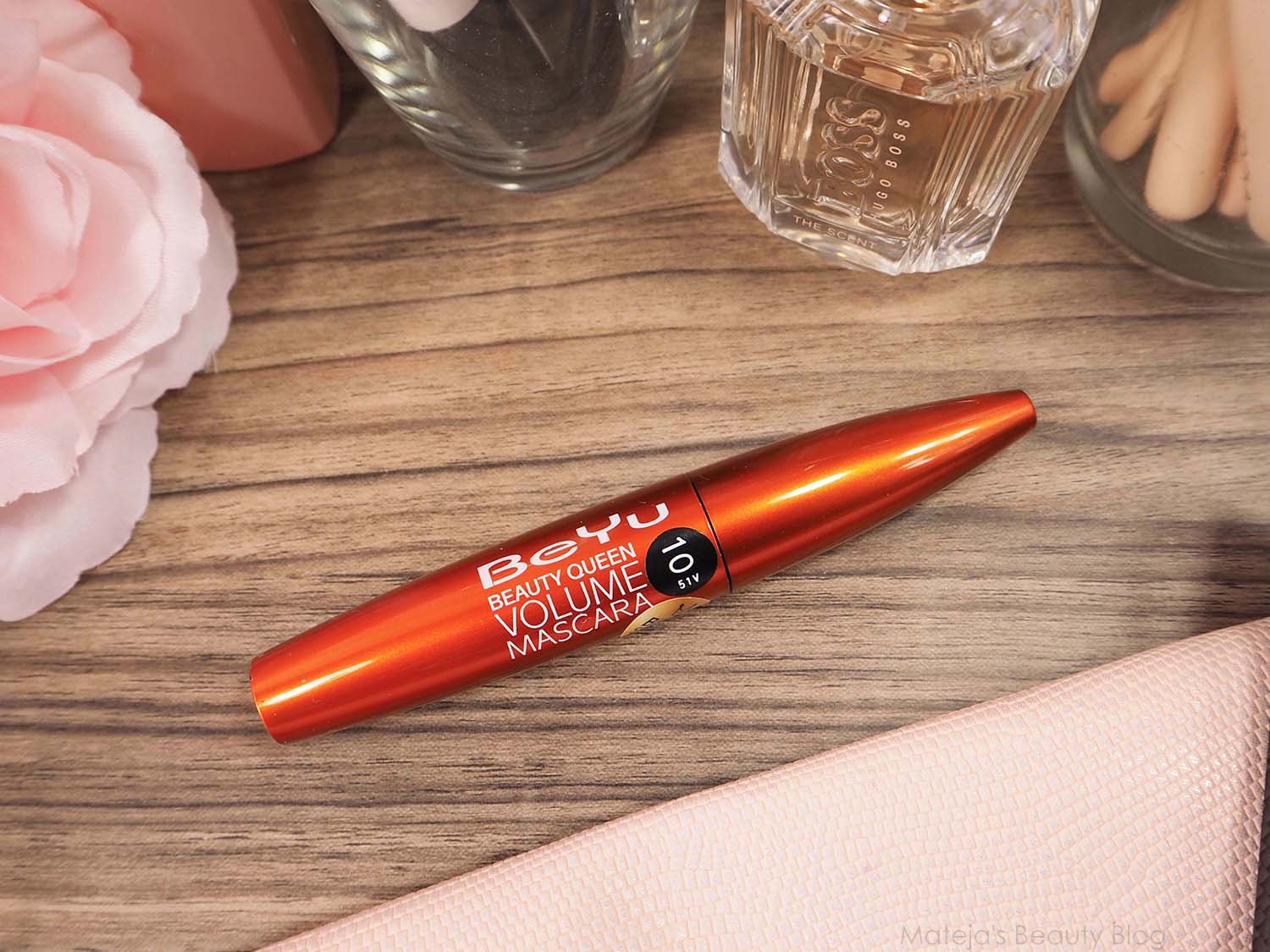 In short – repurchase worthy and I don’t say that often about a regular mascara. It gives tons of volume, keeps my lashes lifted and it doesn’t clump them up. It’s very similar in terms of effect to Max Factor’s Voluptious, but a tiny bit cheaper.