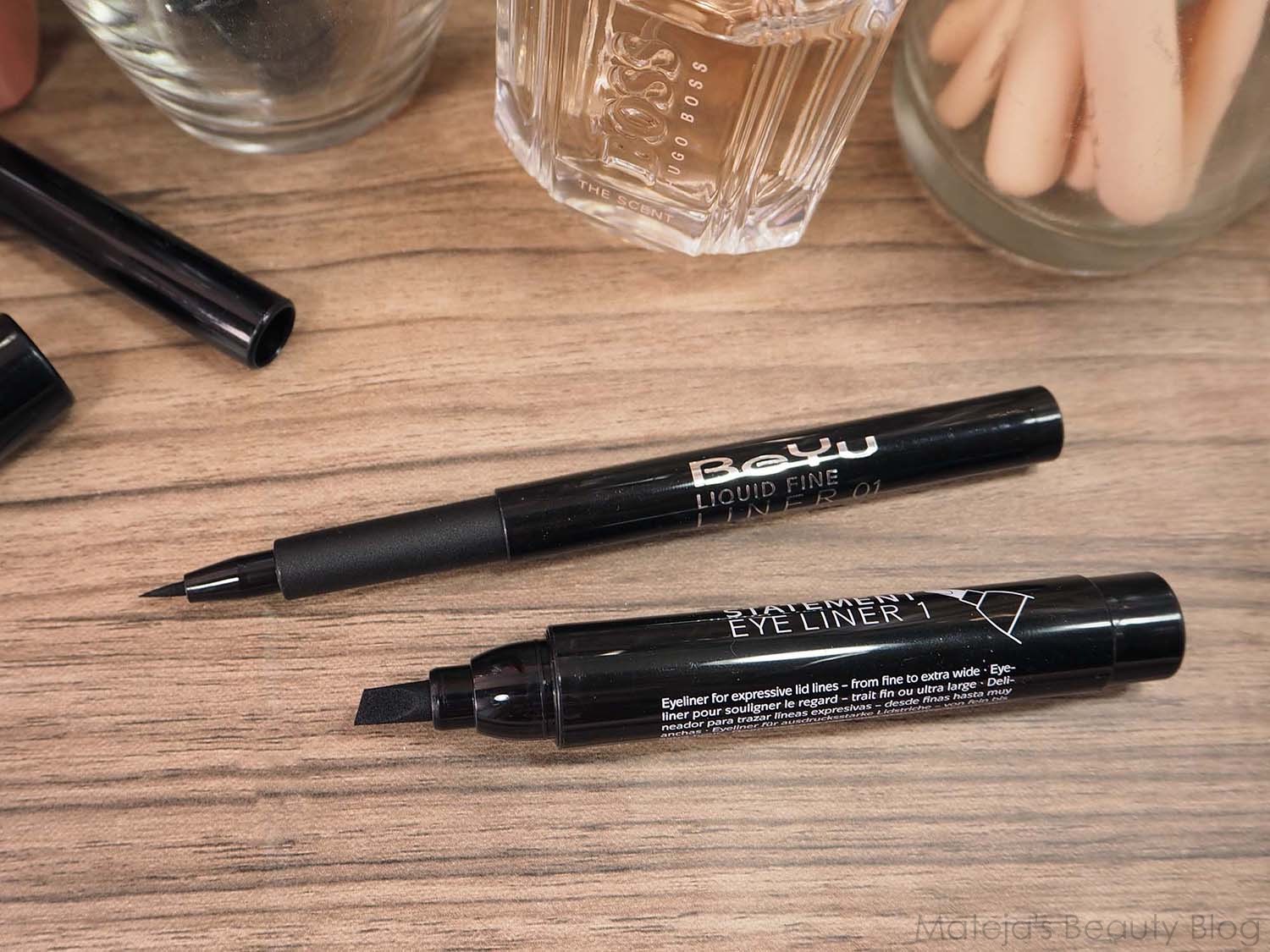 Liners are some of  my favourite products to try because I wear them daily and though I’ve found many good ones, none yet is “the one” for me. From BeYu I got two types of liners I’ve never tried, I’ve always stuck more to classic nib shapes, but here we have a super tiny applicator and the big, highlighter pen like one. After a few of months of use, I’ve found myself surprisingly reaching more for the latter one, though none are my favourite.
Liquid Fine Liner 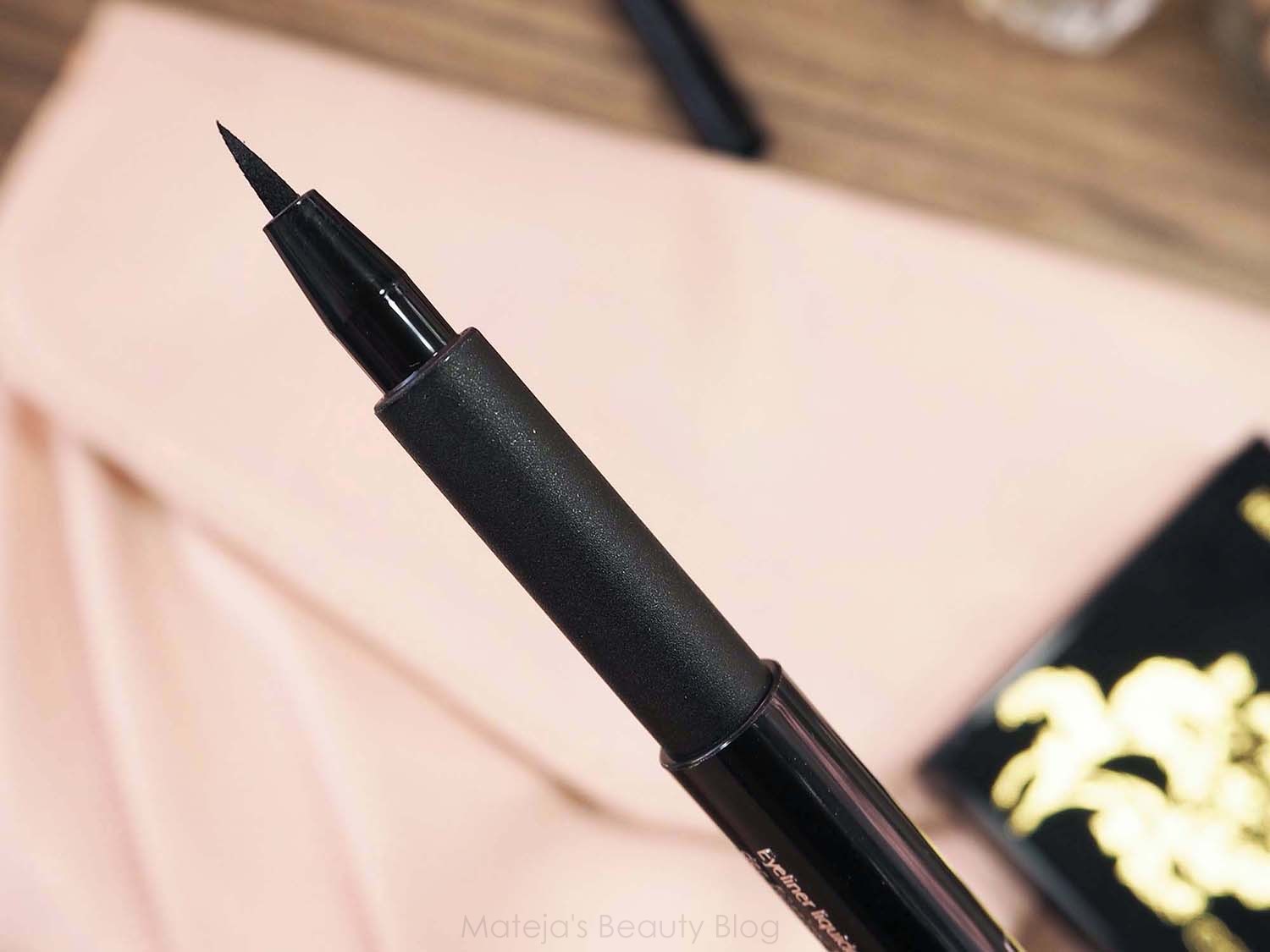 First up is the precise one. The applicator is super small, making great for making tiny strokes, mini fixes and baby eyeliner wings, but it takes a lot longer to do the base line along the lashes, especially if you want it thick. You can get right to the base of the lashes and make a super fine line, but for me it was very hard to get it even, so I started fixing it and ended up with a line three times as thick as I originally wanted. Probably happens to 99% of us. The main problem of this liner is that due to the small shape of the applicator, it doesn’t hold much product and it quickly loses too much colour, so doing both eyes is often not possible, The formula also isn’t as black as I’m used to from L’Oreal’s Superstar and others, though it’s still enough black that it looks normal on the eyes. Staying power is good, it lasts the usual all day on my normal lids with the exception of the flick which wipes off. However, I already featured this in the disappointing products post and the reason is that it’s already dry. I didn’t have it that long (about 2-3 months), but right now I can only get occasional bursts of ink, but mostly it’s just a sheer swipe of colour. 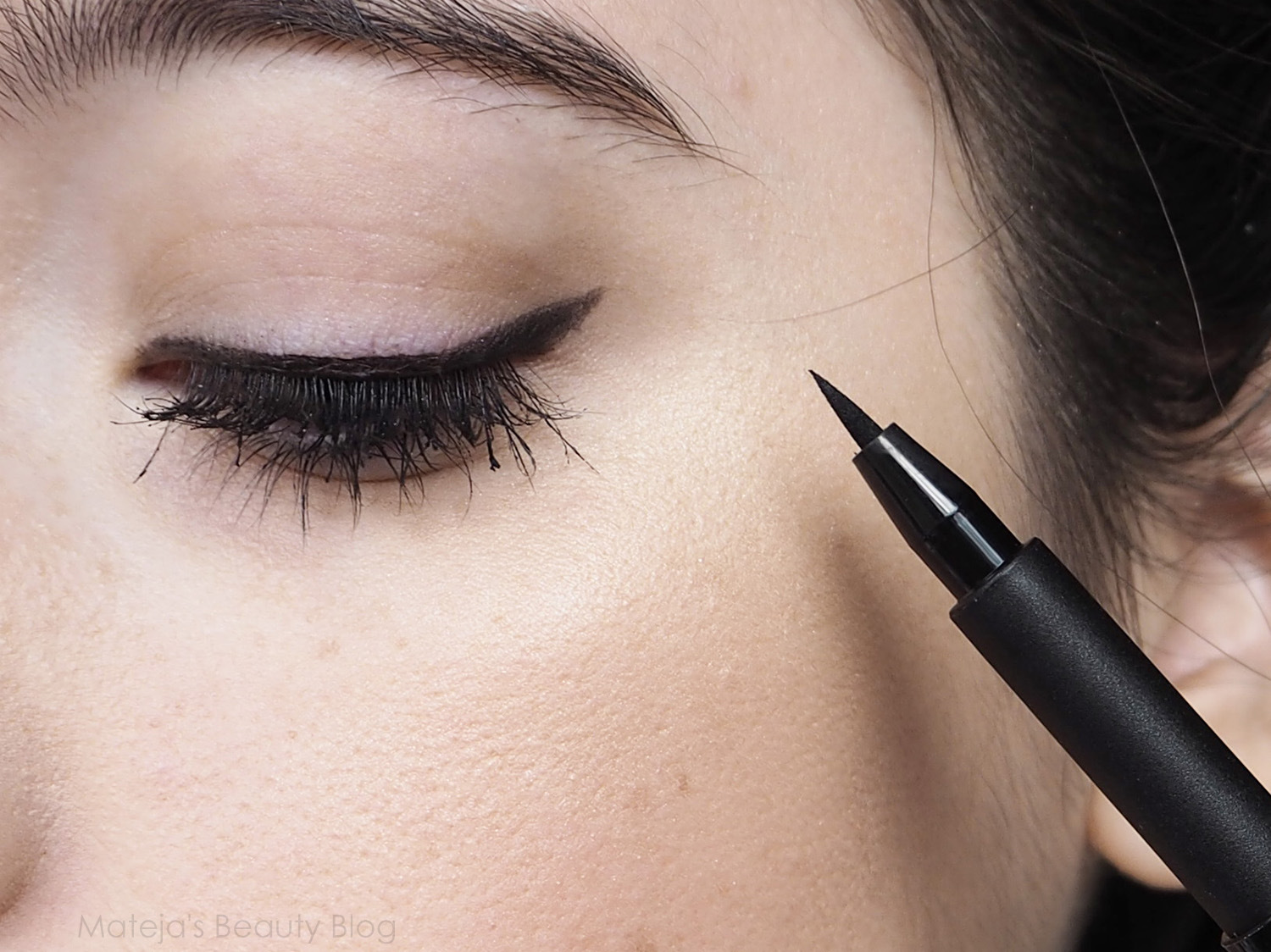 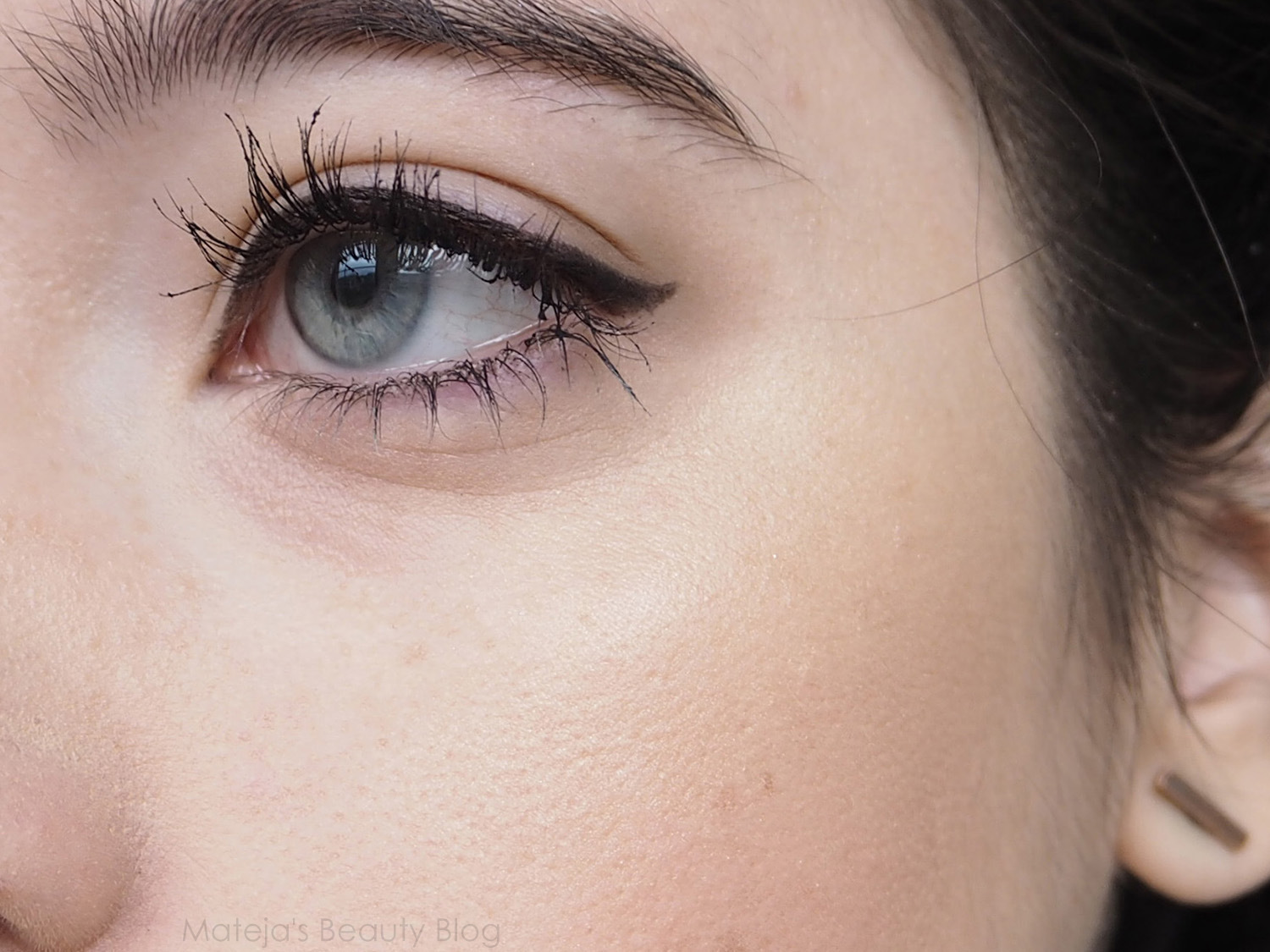 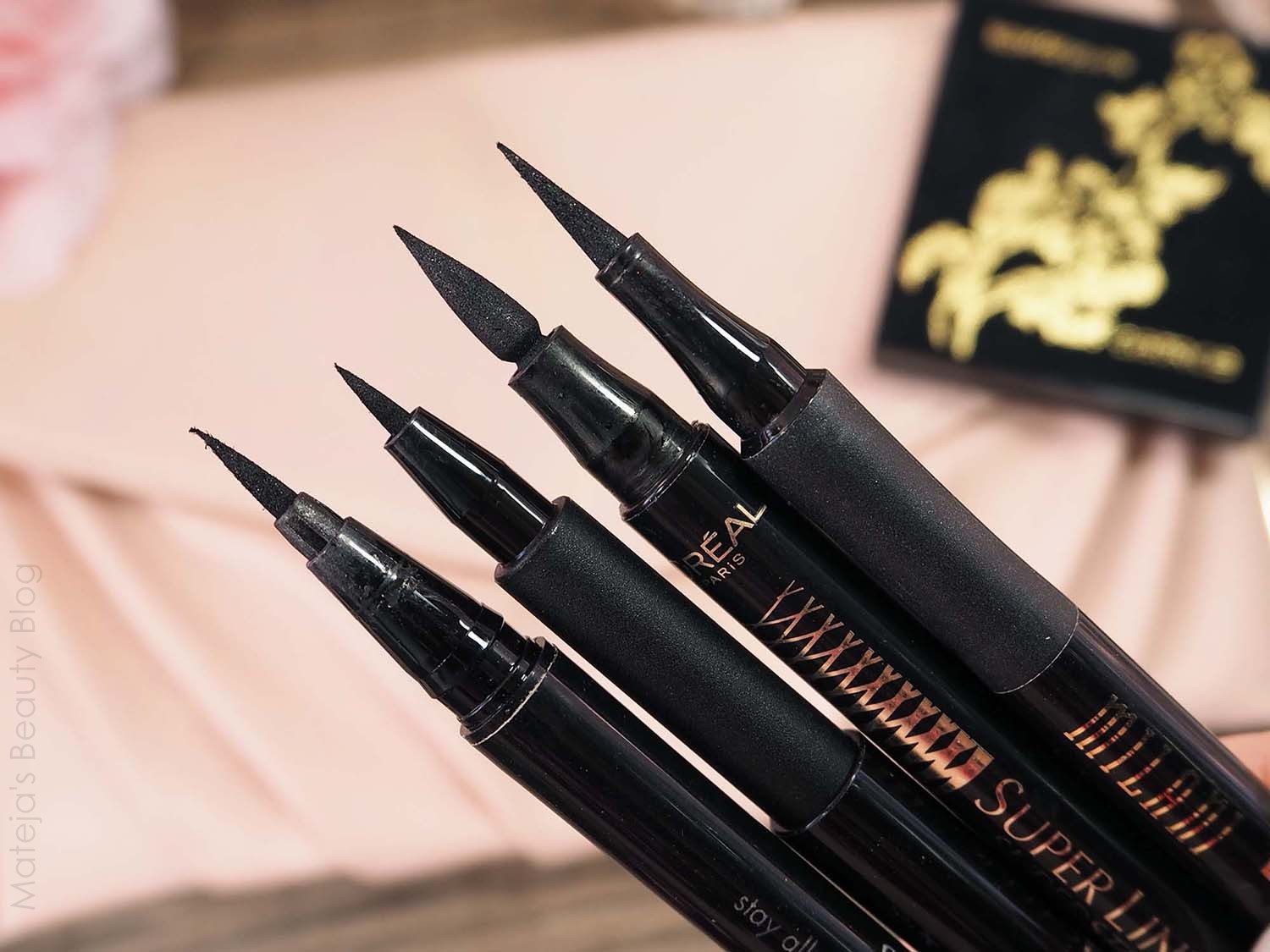 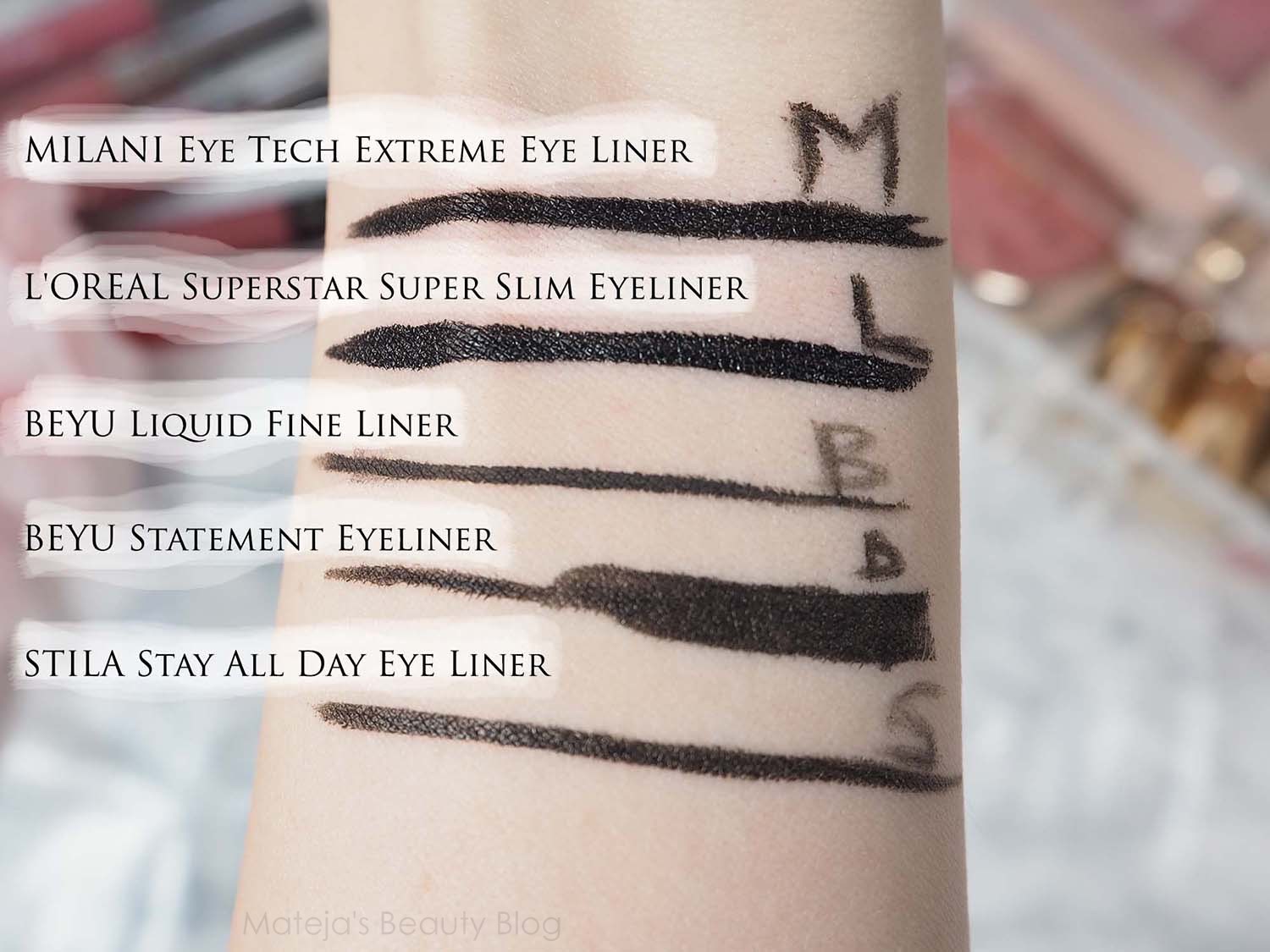 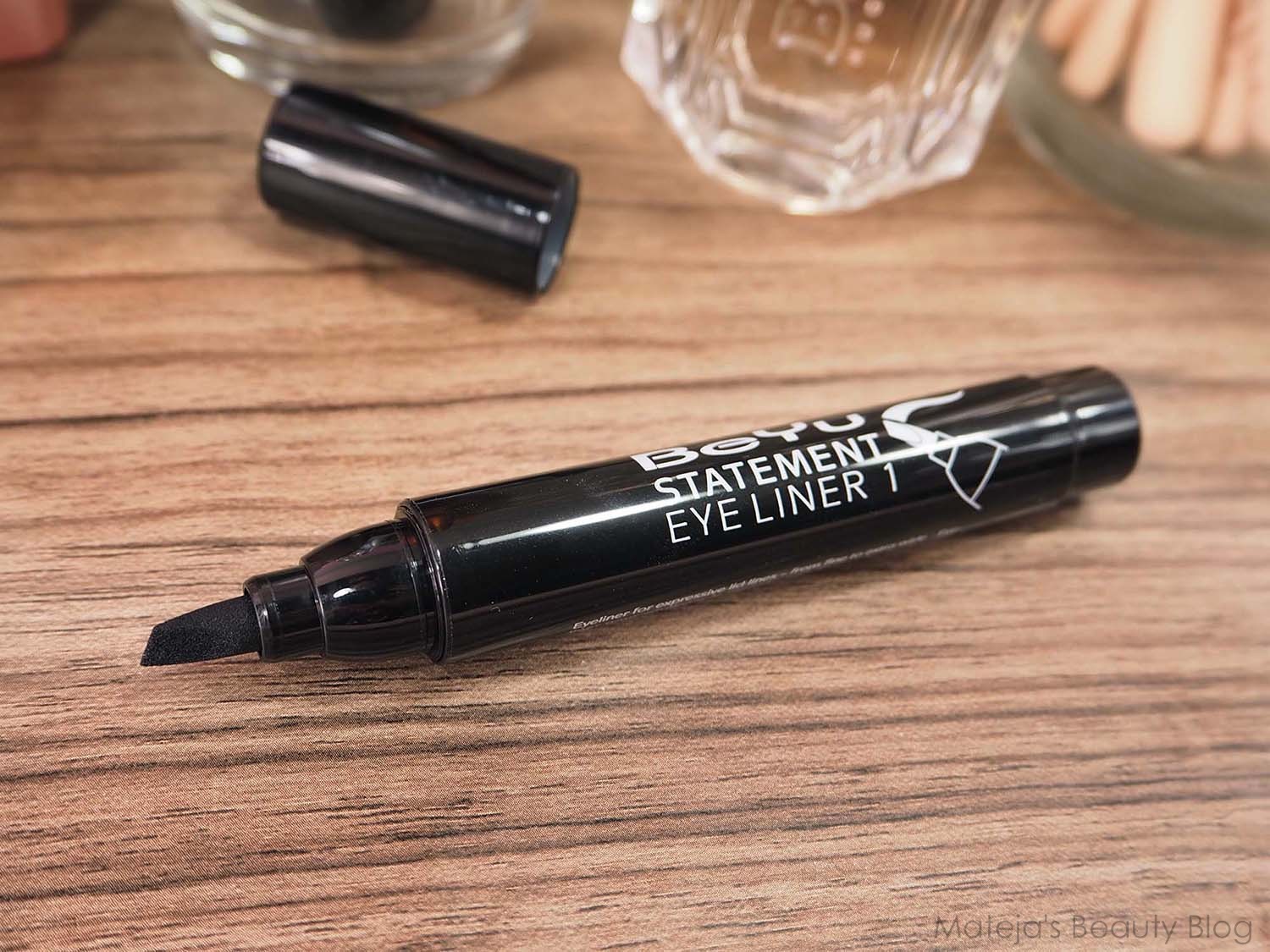 These highlighter sharpie-like eyeliners never looked to me like a particularly useful eyeliner form, but now that I have one, I realised it’s not actually as clumsy as it looks. While a very precise line with a sharp tip isn’t the easiest thing to do, the main line is actually quite easy and fast if you turn it in a way that you are drawing with the thinnest point. It is of course still much thicker than at classic types of applicator. This is a liner for those who like bold lines and aren’t complete beginners. 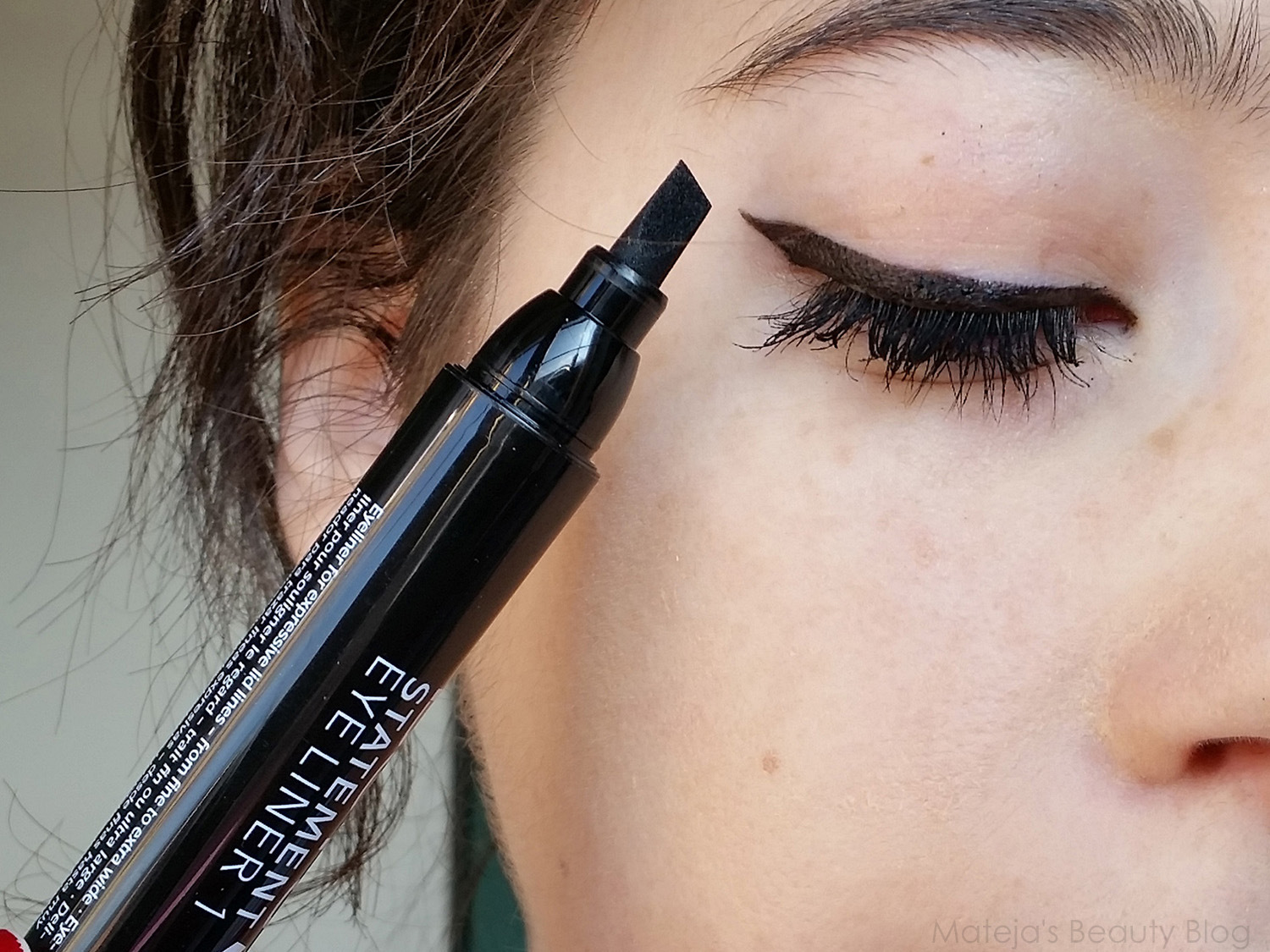 The formula is blacker than in the Fine version, but it’s not as intense as for example L’Oreal’s formula. Staying power on my normal lids in good, though the flick disappears by the end of the day. This one still works after 4 months.
It costs 10.99 € in DM’s. 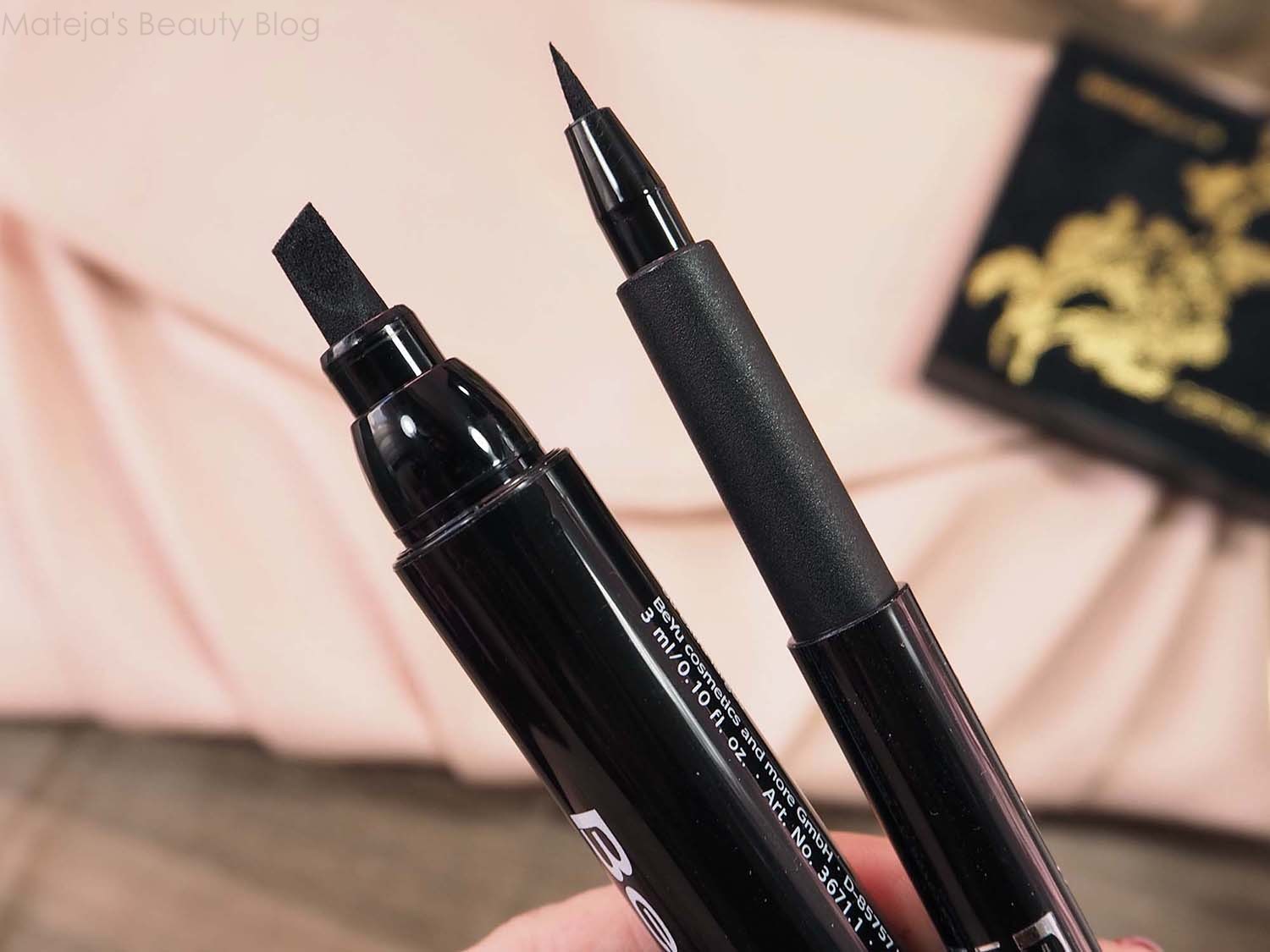 I’m sticking to more traditional applicator shapes, I’m just more used to it. The Fine line is very precise and is primarily a tool to fix uneven lines as well as drawing small flick, however, I was disappointed at how little time it worked. The Statement liner was the one I used most, daily for a while, but the lines it creates are a bit bolder than I’m used to. However, it is surprisingly quite simple to use. The formula of both could be blacker, but the staying power is good.
*PR products.