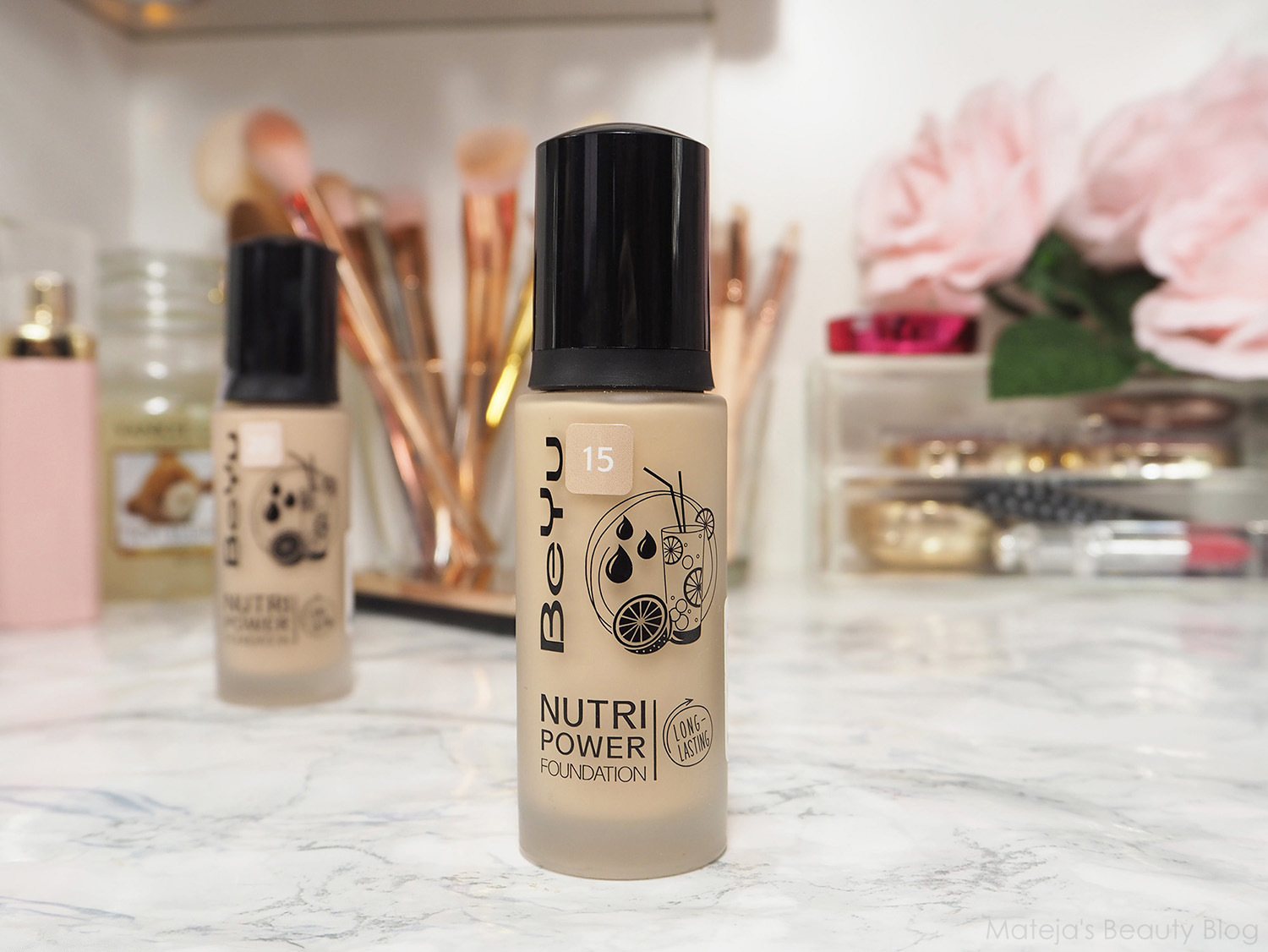 BeYu is one of the latest brands to re-enter Slovene market and I got one of their foundations to try. It’s one of those medium coverage foundations with a satin finish similar to for example Catrice’s Nude Illusion. While I was initially really liking the formula because it reminded me a lot of Milani’s Conceal + Perfect, after a lot more testing, which wasn’t easy since both shades I have are much too dark for me, I’m not as impressed with the formula as before, but it’s still really good. When I got it my skin was normal-combination, while right now it’s dry-combination and I feel it looked better before. It doesn’t state for which type of skin it is, but it claims to be moisturising (not sure I agree), luminous and long-lasting with an 8 h claim. 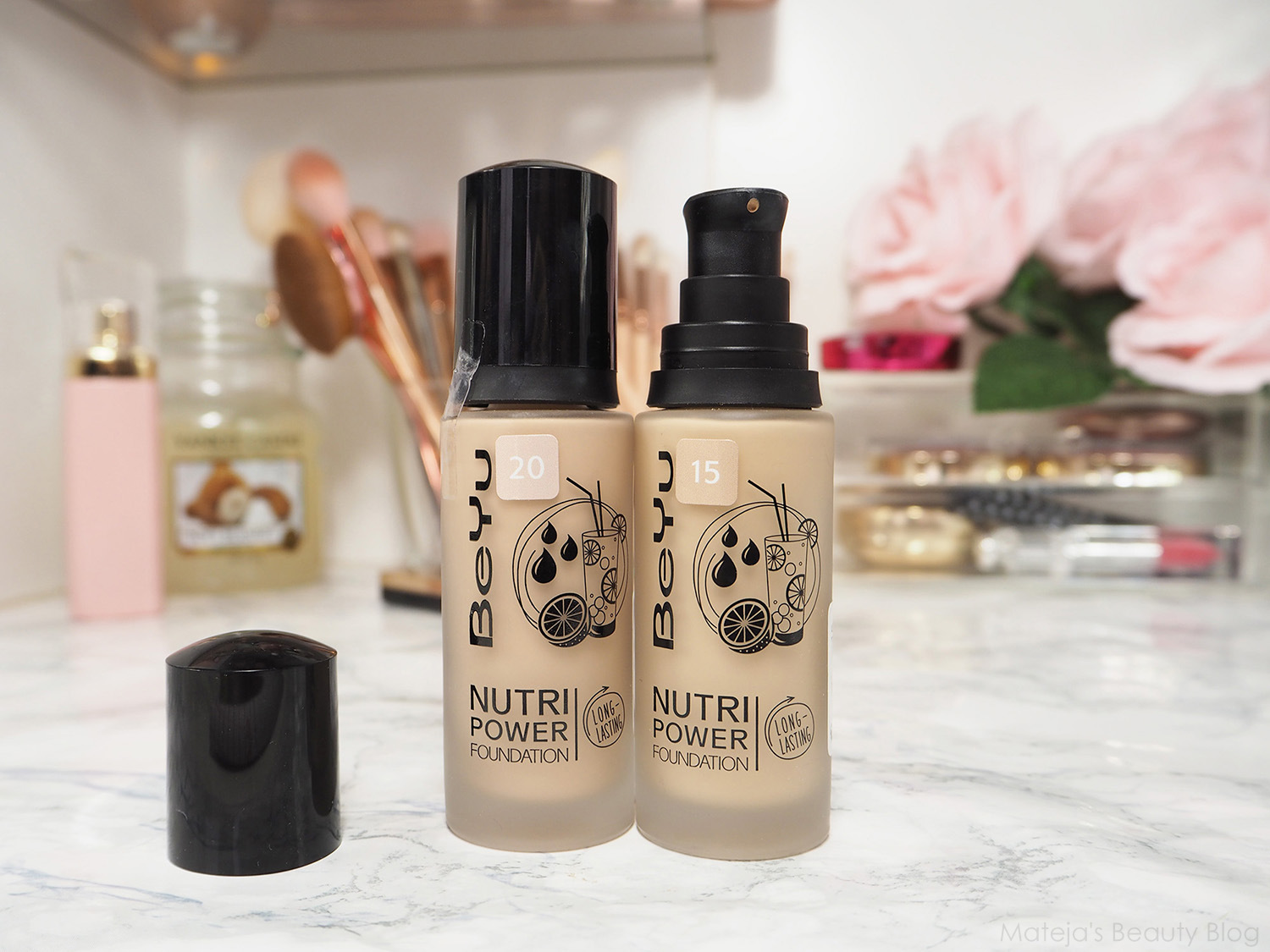 Texture: It’s one of those thicker foundations that need either a makeup sponger or a dense brush to apply nicely, I like to use an oval brush just because it’s so quick. Fingers work too, but it’s just easier with a tool, though such application gives you more coverage. It applies beautifully on the skin, looks great over pores from the start, it doesn’t look bad over lines and looks very fresh, even though you still have coverage. However, now that my skin is much drier, in time I notice my pores are quite visible (the driest skin right now is around the pores by the nose) and just in general the uneven texture of the skin can be emphasised. It’s a type of formula that sets completely, meaning the skin feels dry to the touch and foundation doesn’t transfer. 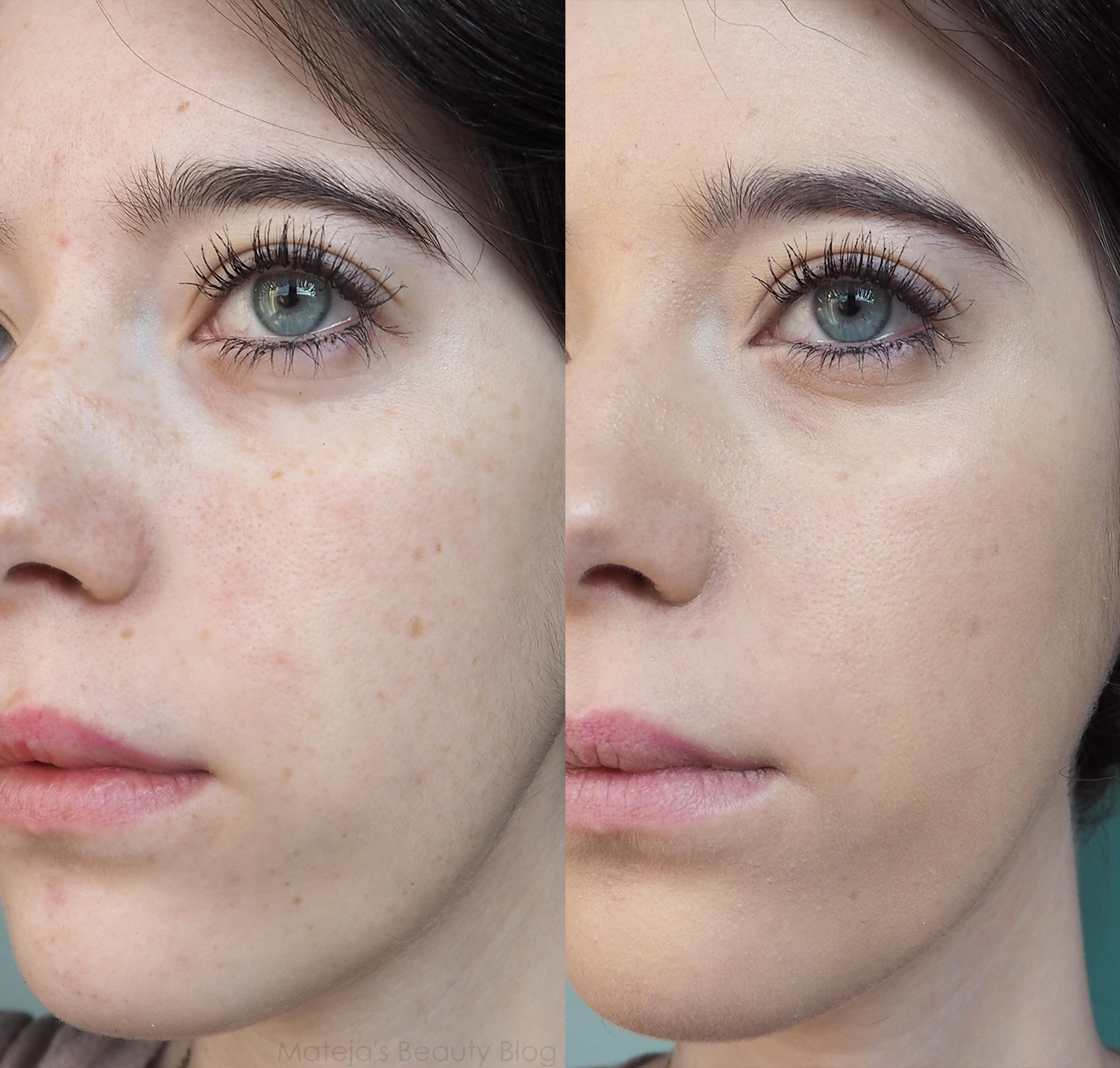 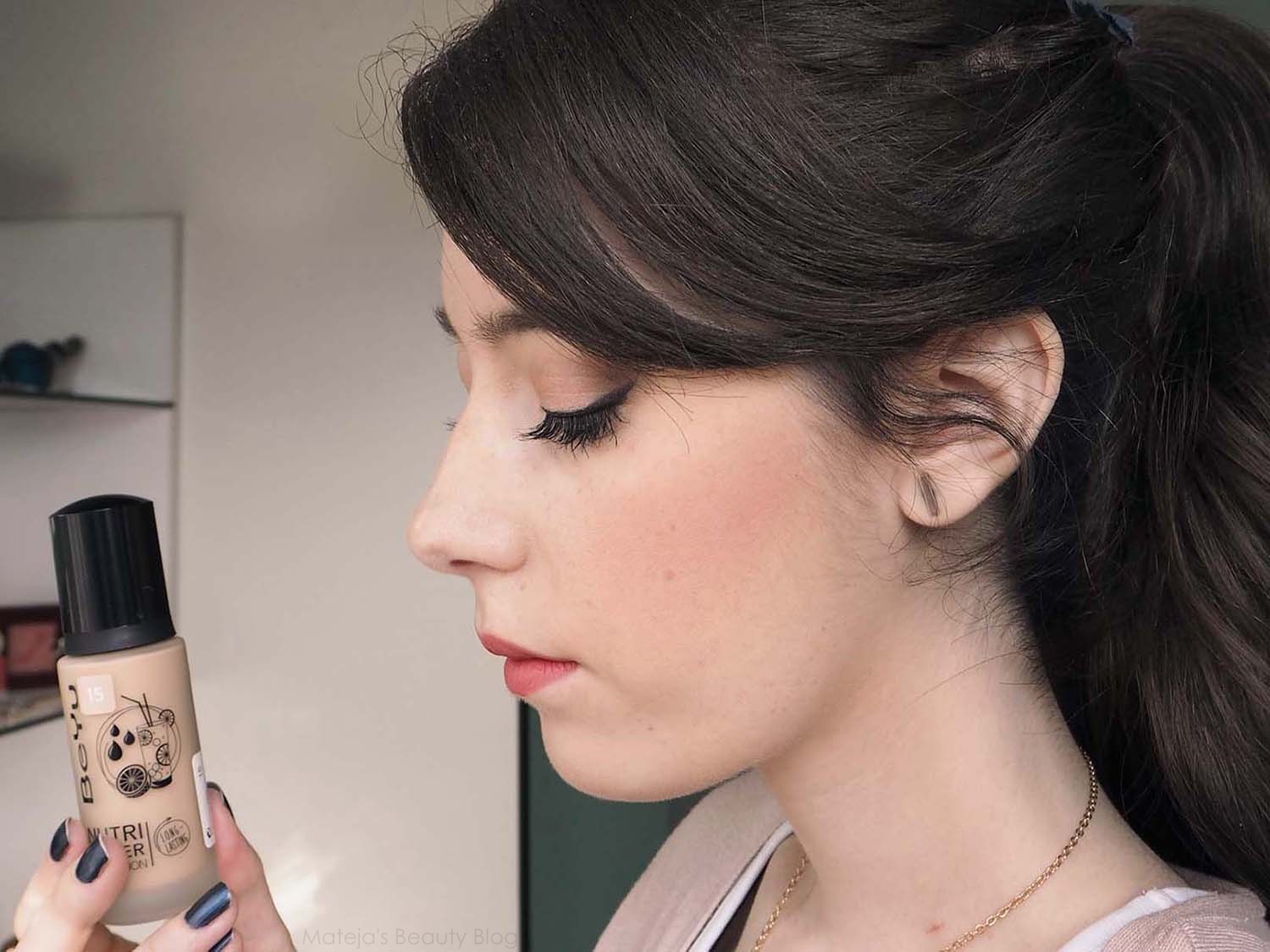 Coverage and finish: this gives about a medium coverage, my freckles are still visible, but it does at least 2/3 of the job of hiding my circles. To be fair it’s really difficult for me to say how much exactly it covers because the darkness of the shades also contribute to a level of covering. It has a beautiful satin finish on the skin that doesn’t scream I’m wearing a ton of makeup and looks quite fresh without being dewy (in Catrice Nude Illusion review I called the finish luminous matte and this is similar), however, it doesn’t hold back oiliness, so I notice some shine on my forehead in a couple of hours, but it’s a foundation that I never powder.
Staying power: When my skin was normal-combination, it wore so beautifully. It lasted the promised 8h hours on me and there was none of the usually weirdness around the pores or patchiness, it just looked so good. It wasn’t perfect around the pores, but it looked better than 90% of foundations in my stash (because I need to buy only light shades, most of my foundations are crap). Now that my skin is drier, I get the same type of longevity and it doesn’t emphasise patches, but as I said the uneven skin texture is more pronounced. 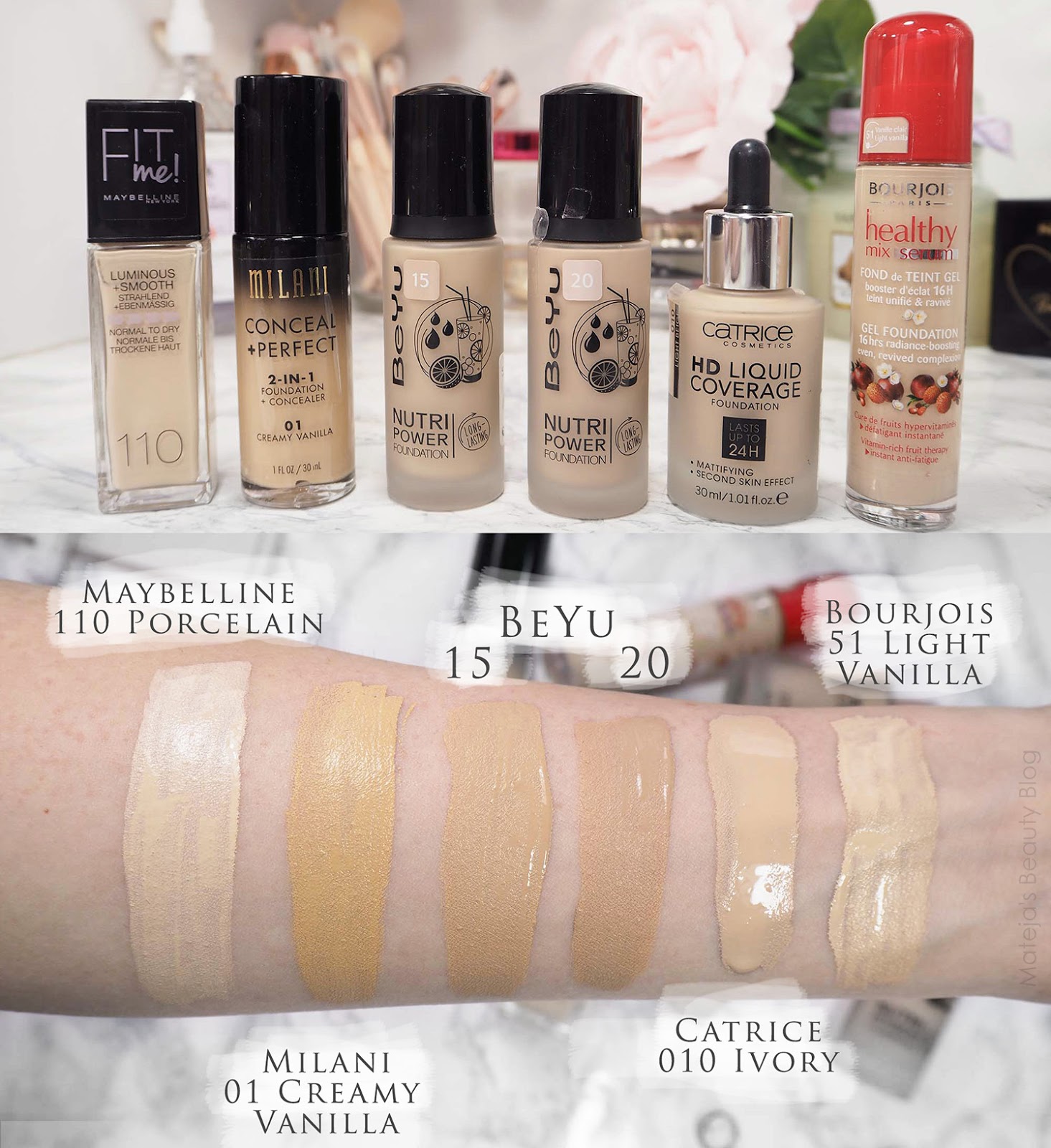 Shade: I have two shades 15 and 20, both oxidise like crazy almost the second you squeeze them out of the bottle. I can seriously see them changing in front of my eyes. However, applied on the skin I don’t notice it oxidising, so that’s completely weird (it’s probably because the layer is a lot thinner). Shade 15 is yellow toned and it’s maybe comparable to NC25, while 20 oxidised even darker and has a cool undertone, so it might be comparable to NW30. Maybeline Fit me in Porcelain (currently my perfect match) is 3-4 shades lighter than 15, Milani’s Perfect + Conceal in 01 Creamy Vanilla is very similar in lightness, but incredibly yellow next to these two, Catrice HD Liquid Coverage in 010 is one or two shades lighter, I don’t have Nude Illusion anymore to compare.
There is a lighter shade called 10, which I tried in the shop and if it fit me, I’d most likely buy it because I like this foundation, but it didn’t look that pale, maybe NC20 or a touch lighter, but it was too yellow, so it’s likely it would look off on me as well.
Scent: These are very strongly scented and have a to me pleasant clean sheets-floral scent (you know I like scented things), but if you’re sensitive to fragrance, it could be a problem. 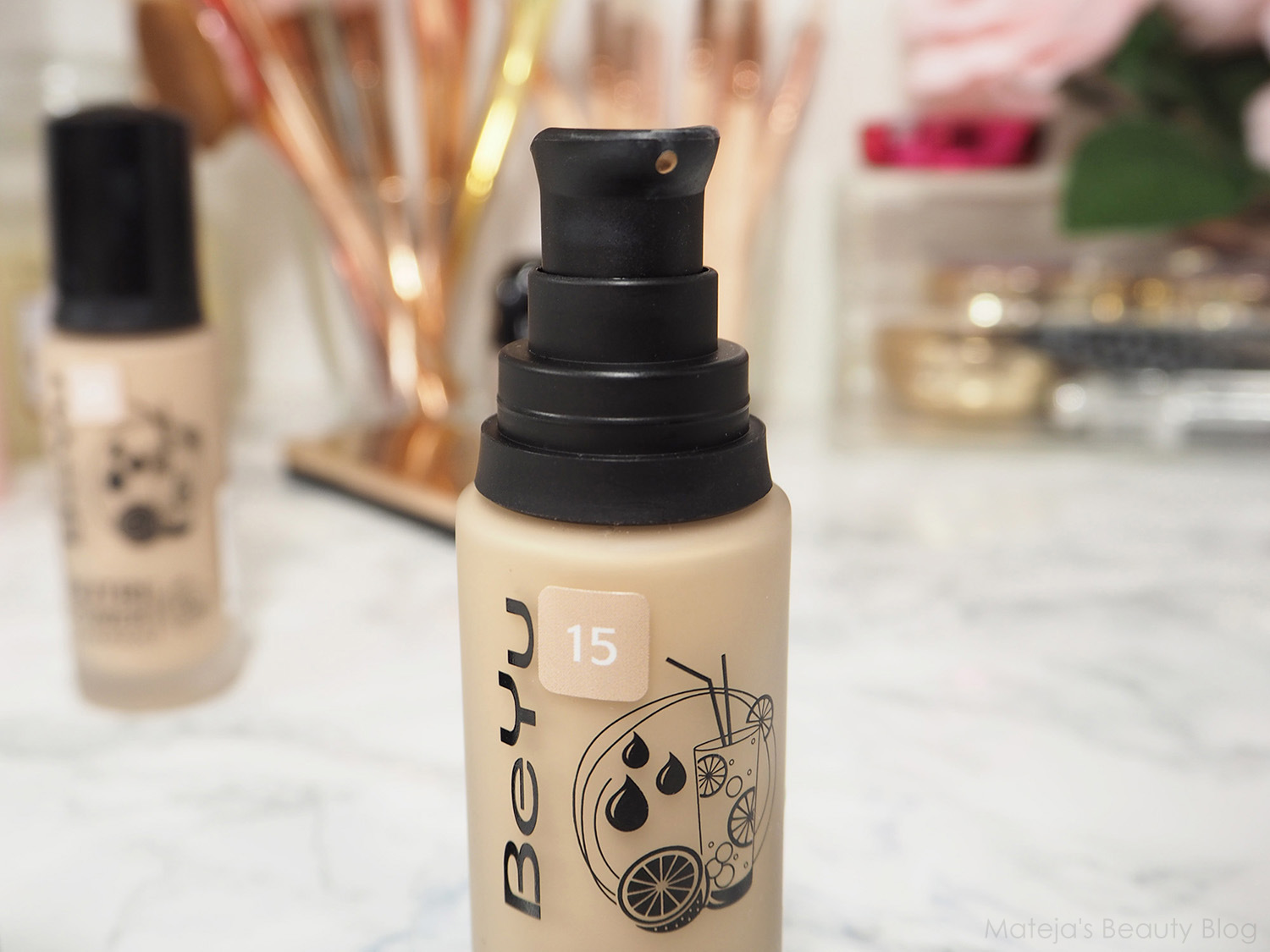 Packaging: The bottle is very similar to Catrice’s Nude Illusion. It’s a matt heavy glass bottle with a pump, but the pump is so – I don’t have a better way of saying but – trigger happy. You either get nothing or it basically ejects it and it did land on the floor once to me. I learned to control it and it’s much better now.
Price and availability: BeYu is sold in DMs here, but I believe in Germany it’s in Douglas shops. It costs 13.99 € in Slovenia. 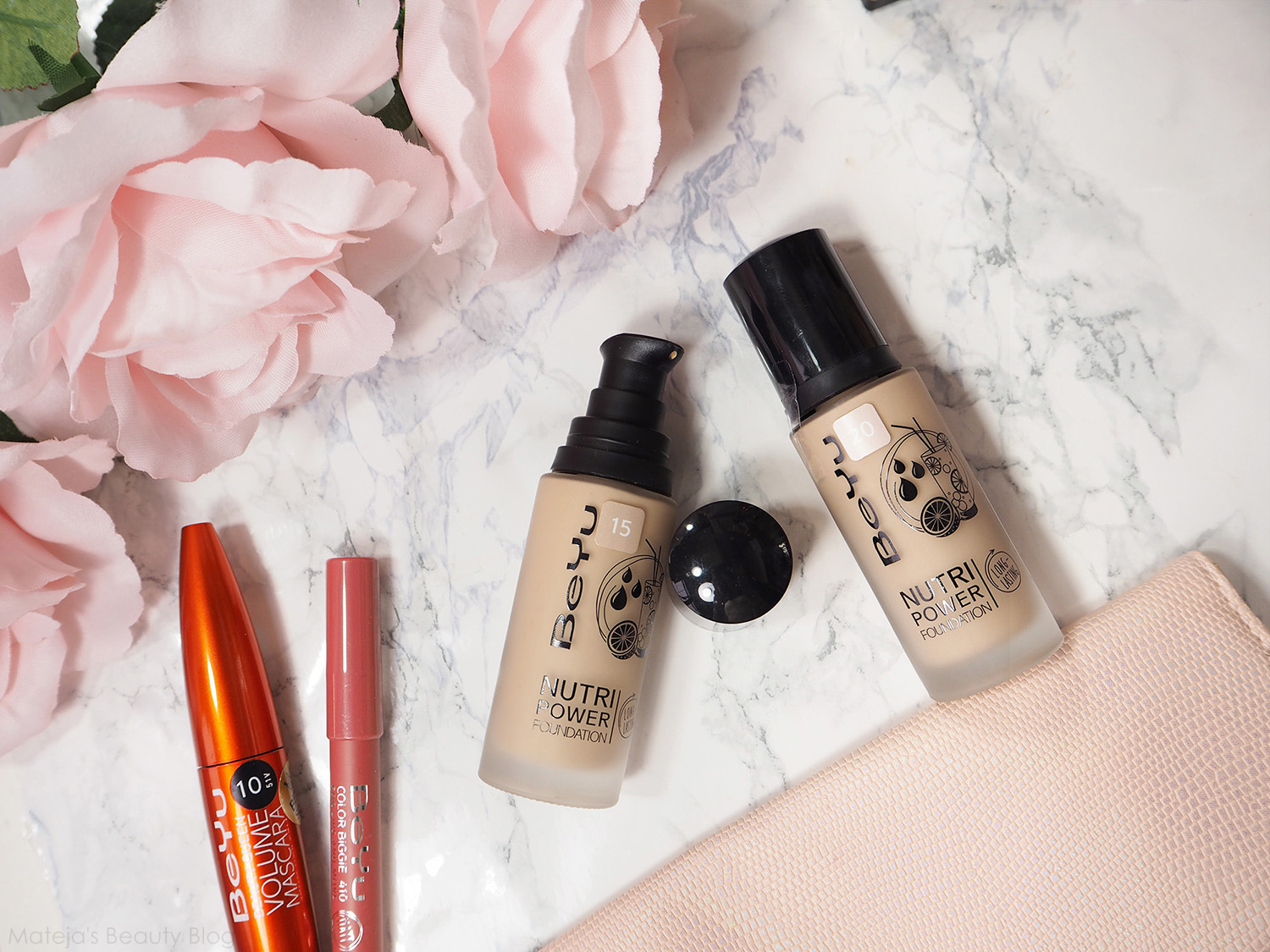 If you like foundations like Nude Illusion and Milani Conceal + Perfect, but can’t find a shade that suits you, this is a good alternative. You get a very similar level of coverage and finish. Through my testing I found that it’s more a foundation for normal or combination skin, while on very oily it will need powdering and for dry skin it would need to be a bit more moisturising. The claim of 8h wear is not exaggerated at all, so if you need something that will last you though work day and won’t wear all funny or transfer, this is a good choice. If only they have a very light shade for me.
Have a great day!