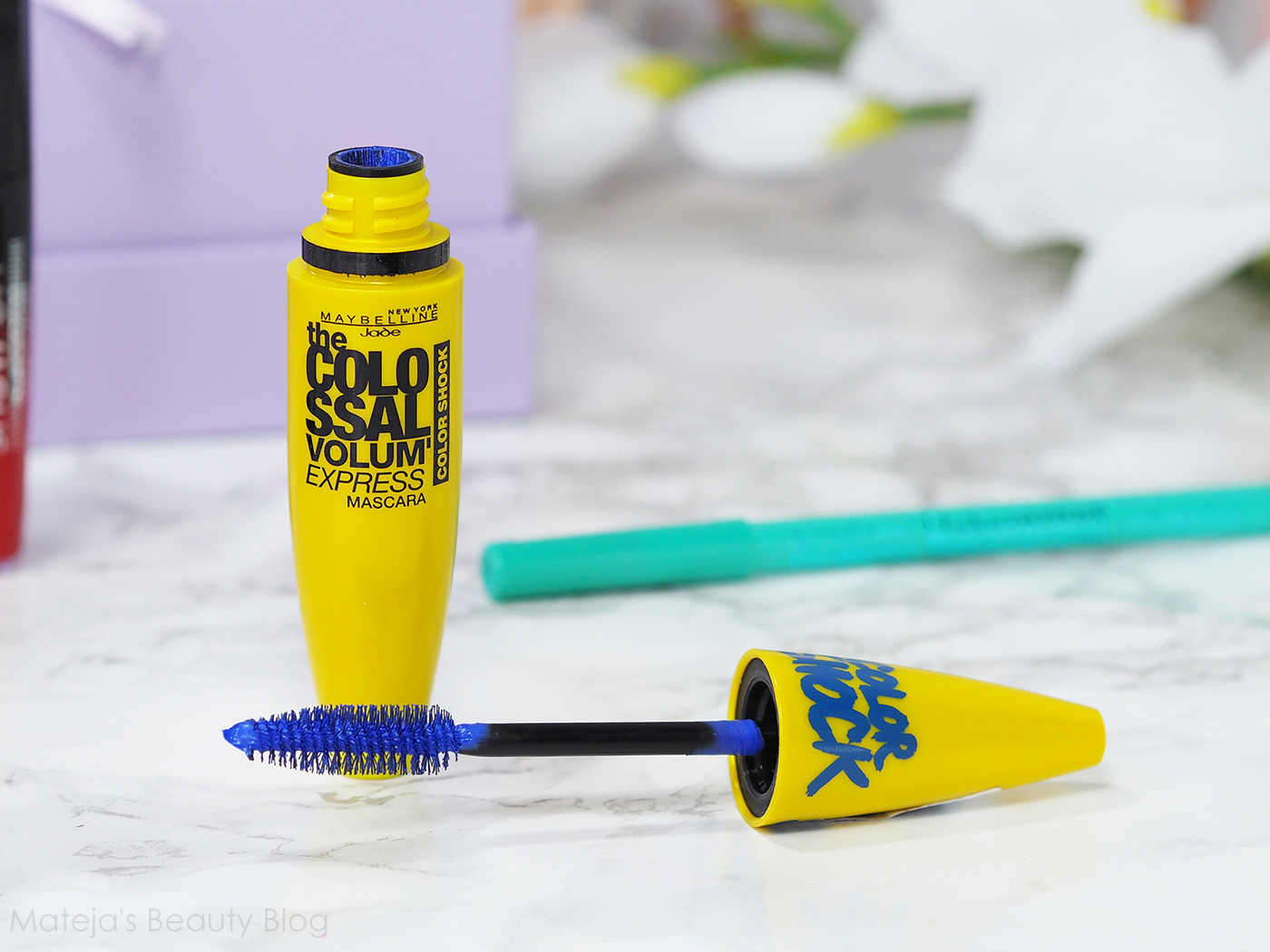 A couple of weeks ago I got to try a blue mascara for the first time ever. I remember wanting one a few years back, but I couldn’t find anything with good enough reviews, easily accessible and inexpensive, so I forgot all about it. This Maybelline one came as a part of May’s My Beauty Box EU, which as far as I know is still available. However, whether you can get this mascara in all drugstores, I don’t know and I’ve been trying to find it, but so far I’ve only seen it on Amazon. L’Oreal has some new colour mascaras on the stands, at least here in Slovenia and I think Maybelline’s Great Lash comes in blue version too (or it was LE, I’m not sure). 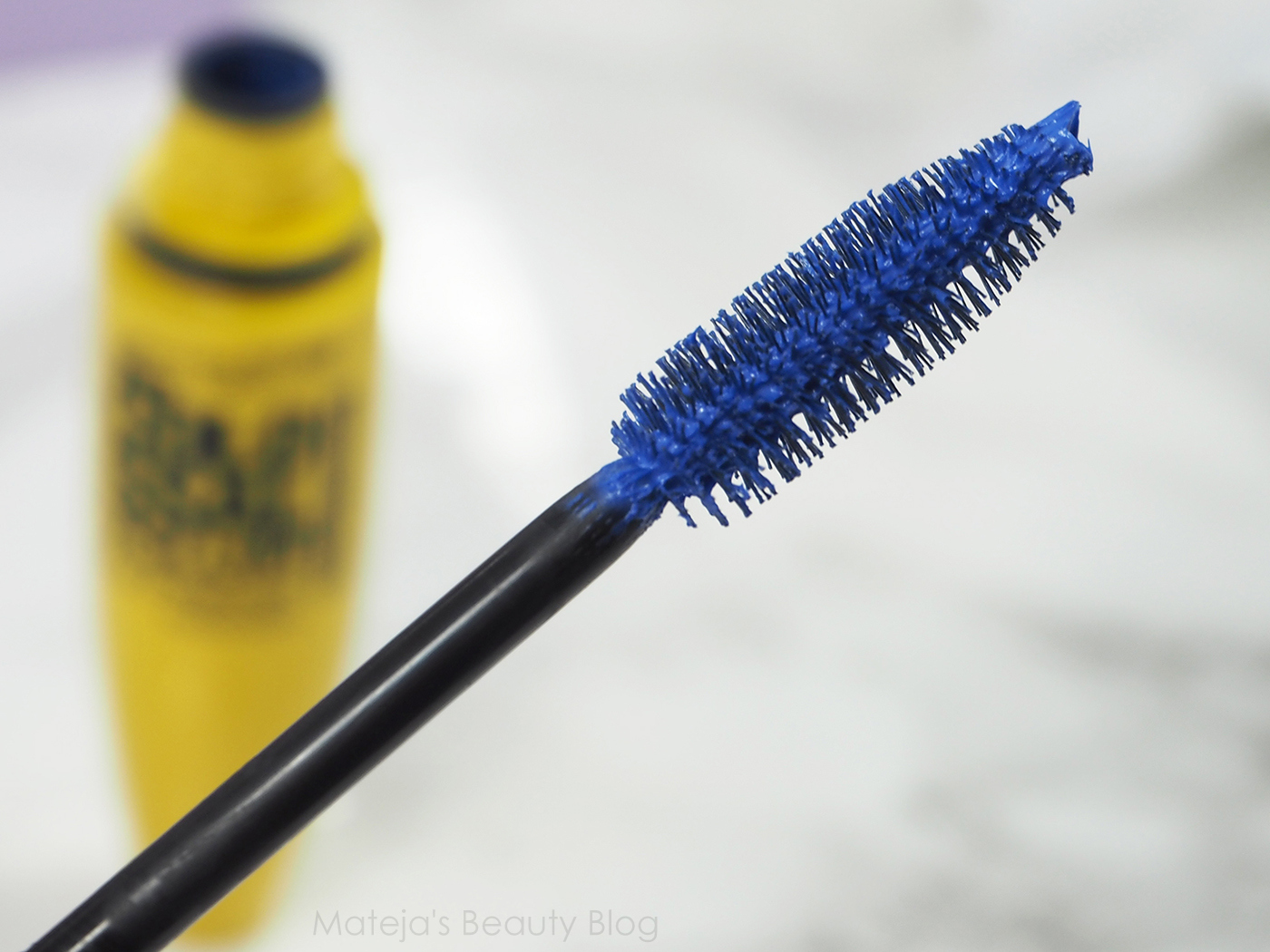 I had the Colossal before and for a while it was my favourite mascara, until I found Essence mascaras are much cheaper and even more volumising. The brush is the same on both the original and Color Shock version, so a regular one, but very bushy. It’s also one of those that manage to comb the lashes nicely without clumping them up.

The shade is called Electric Navy and since my lashes are dark, I wasn’t so sure this mascara will show up on me, but it actually turned out quite nice I just need three coats. I got a nice noticeable amount of colour, which starts showing up after the second coat and then you can build it up. On light lashes, I sure it’ll work even better because my dark lashes hide some vibrancy of the blue and I end up with a more navy type of shade. But as a plus this actually means I can wear it as a normal mascara since it’s not as punchy, but still gives some noticeable colour. In terms of volume, mine is new, so I don’t know if formula of this version thickens or not, but so far it’s not the most volumising mascara, especially compared to Essence’s I <3 Extreme wp. 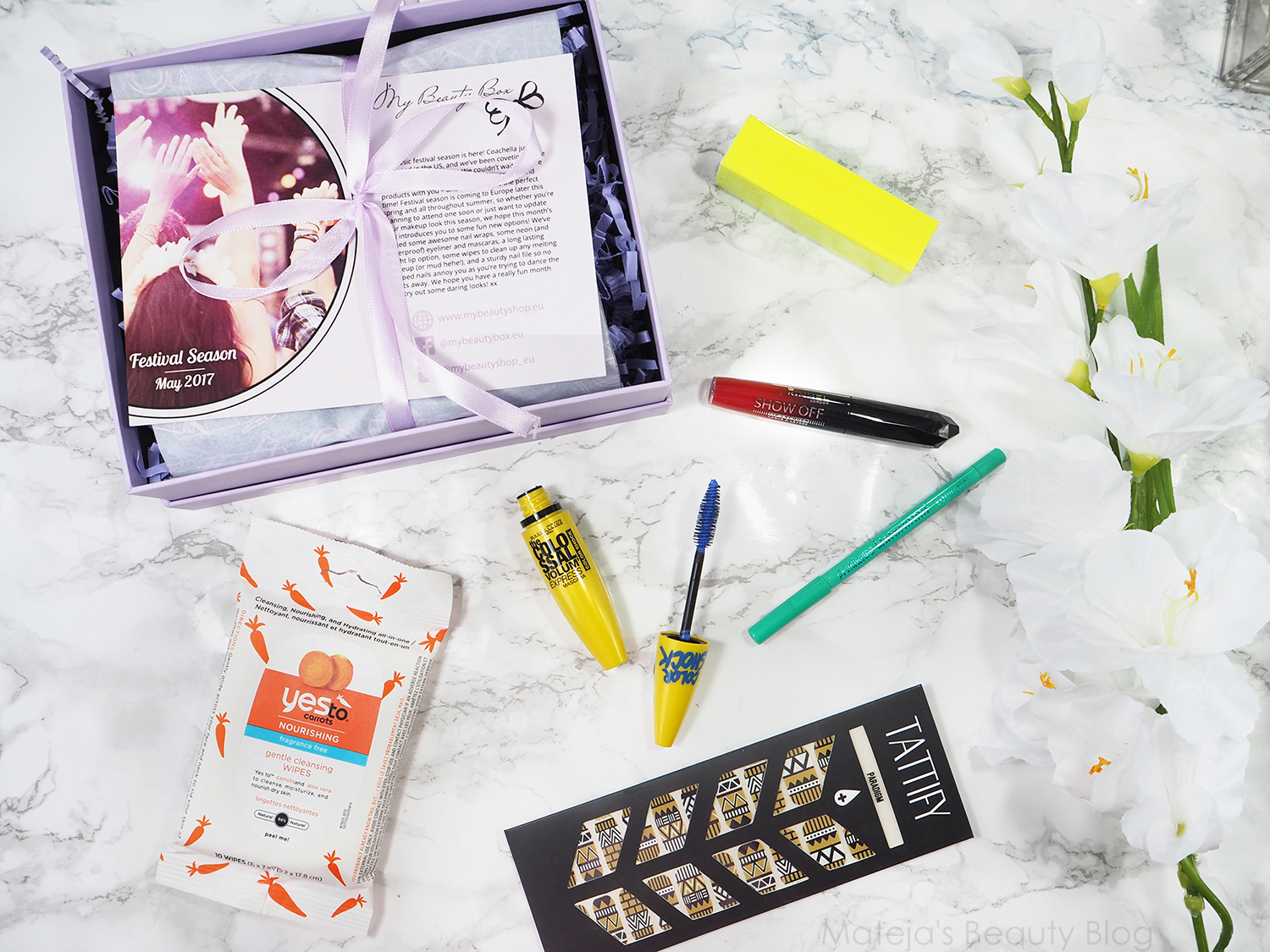 I’ll briefly go through the rest of the things that are in My Beauty Box Eu for May 2017. It was inspired by the festival season, so the makeup picks are bright. 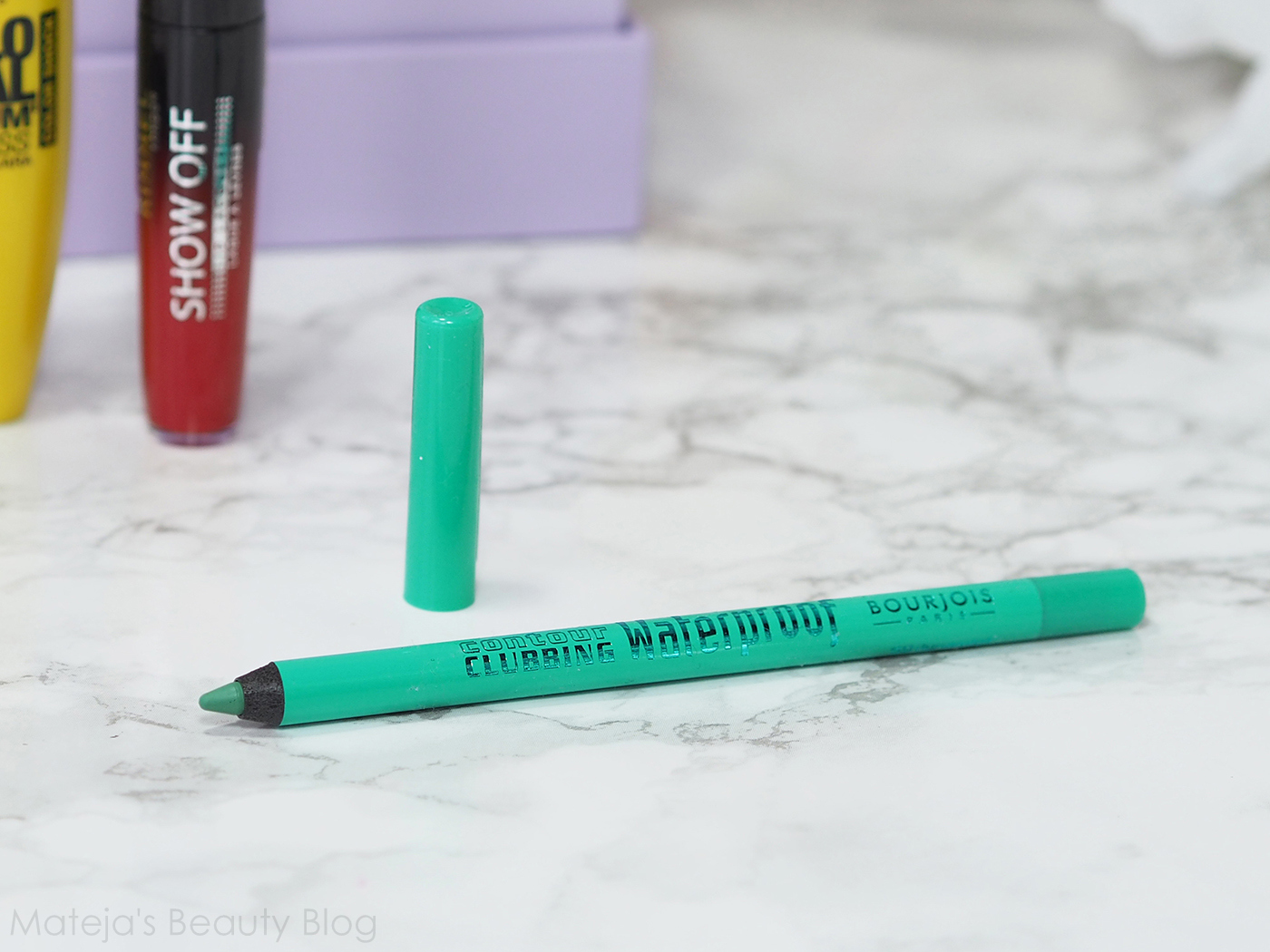 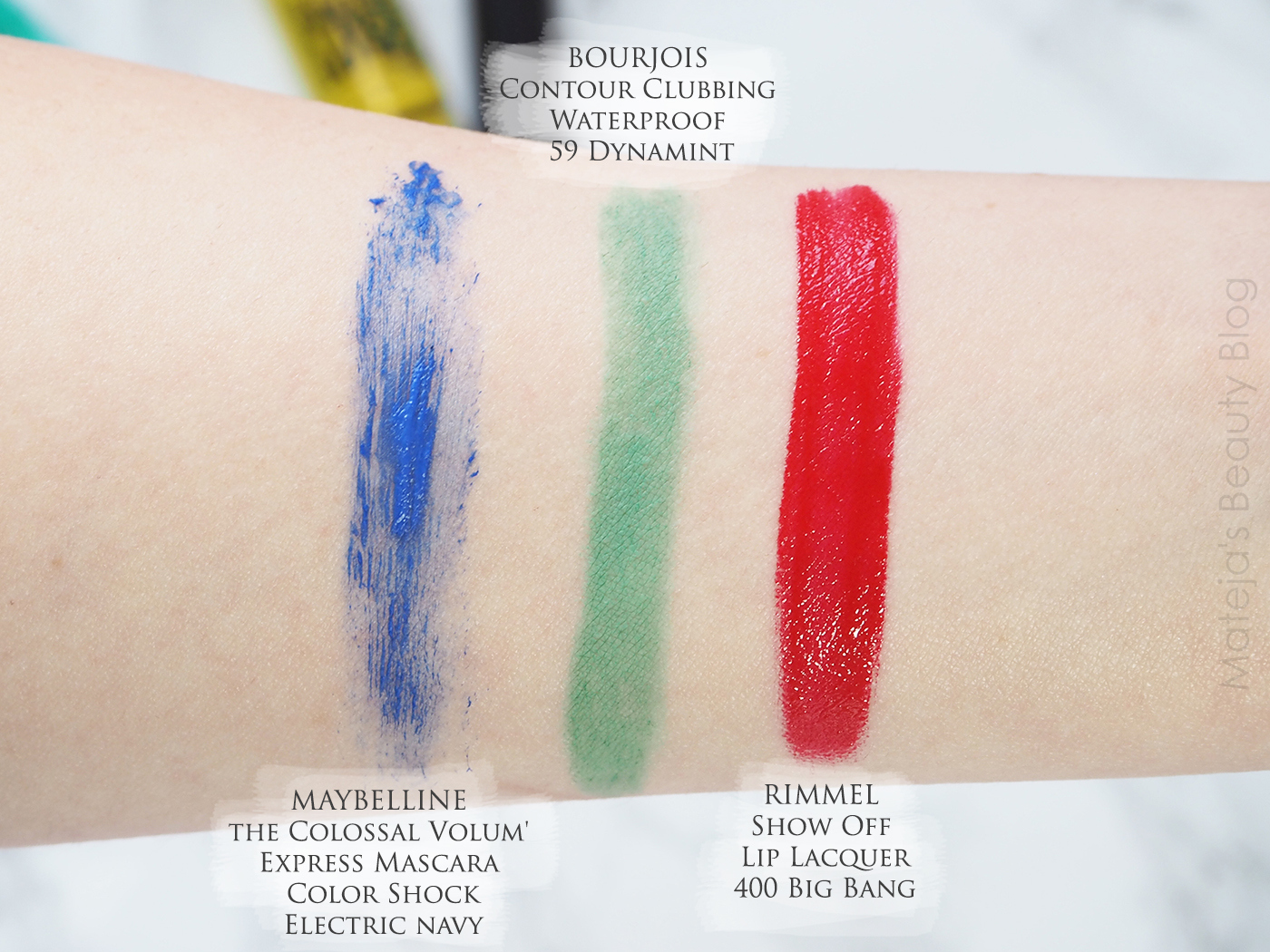 BOURJOIS Contour Clubbing Waterproof
59 Dynamint
As soon as I saw this I thought: “Yes, so my colour.” Unfortunately, it’s more green than the packaging indicates. It’s a soft pencil that glides nicely on the skin and has enough colour pay-off, though you need to go over the line twice. It’s also good as a base or if you wish an individual cream eyeshadow. 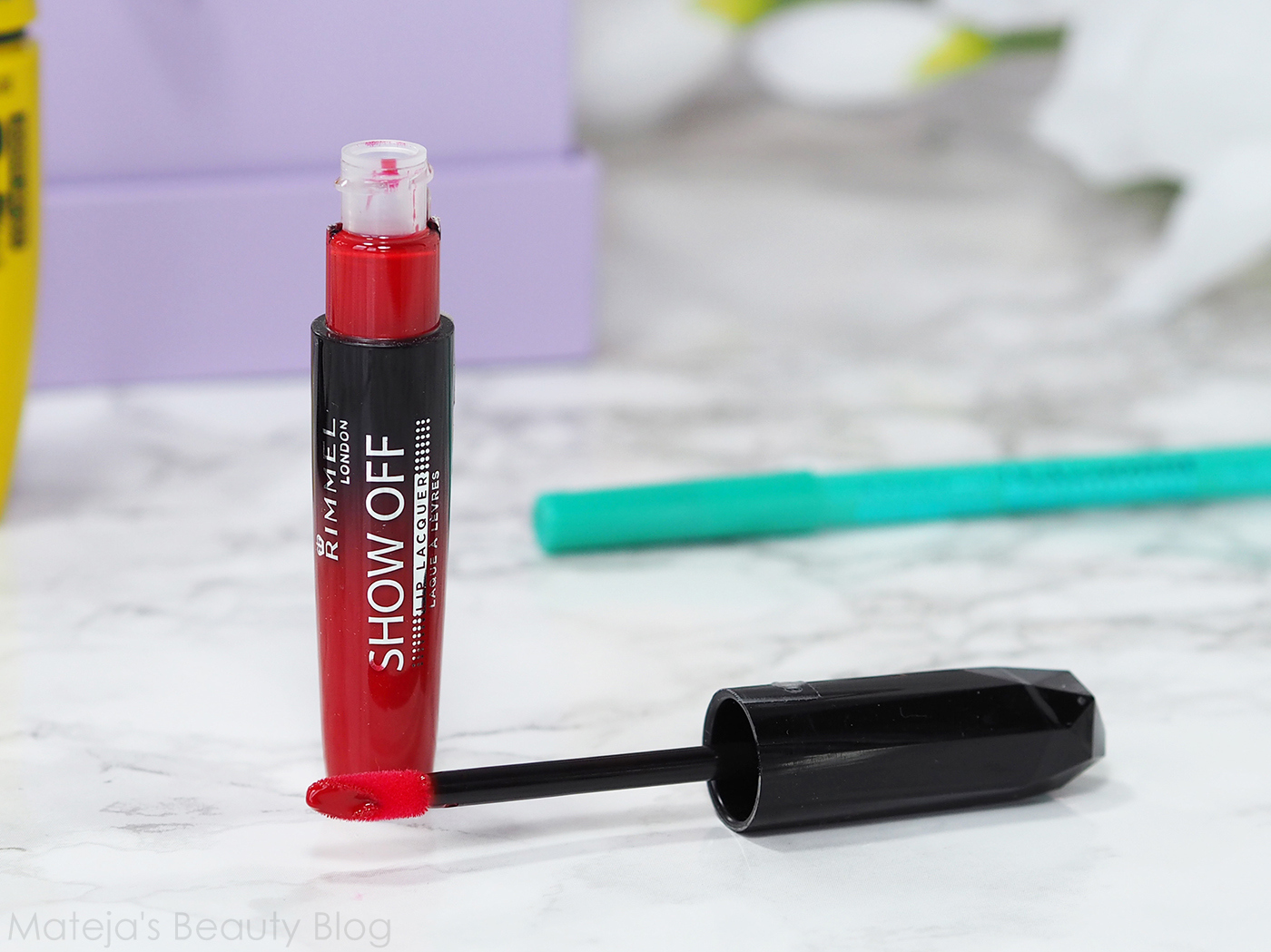 RIMMEL Show Off Lip Lacquer
400 Big Bang
I already had three shades of these, though mine are called Apocalips (same thing, just the naming is different in some countries), so I’ve reviewed the formula before, but it’s a pigmented lipstick lipgloss hybrid with a to me quite an unpleasant scent. For a glossy product these last well, but these are so opaque, the already leave a stain. Big Bang is a classic red shade with a warm undertone. It’s prone to bleeding over the edges, so it’s better if you blot it. 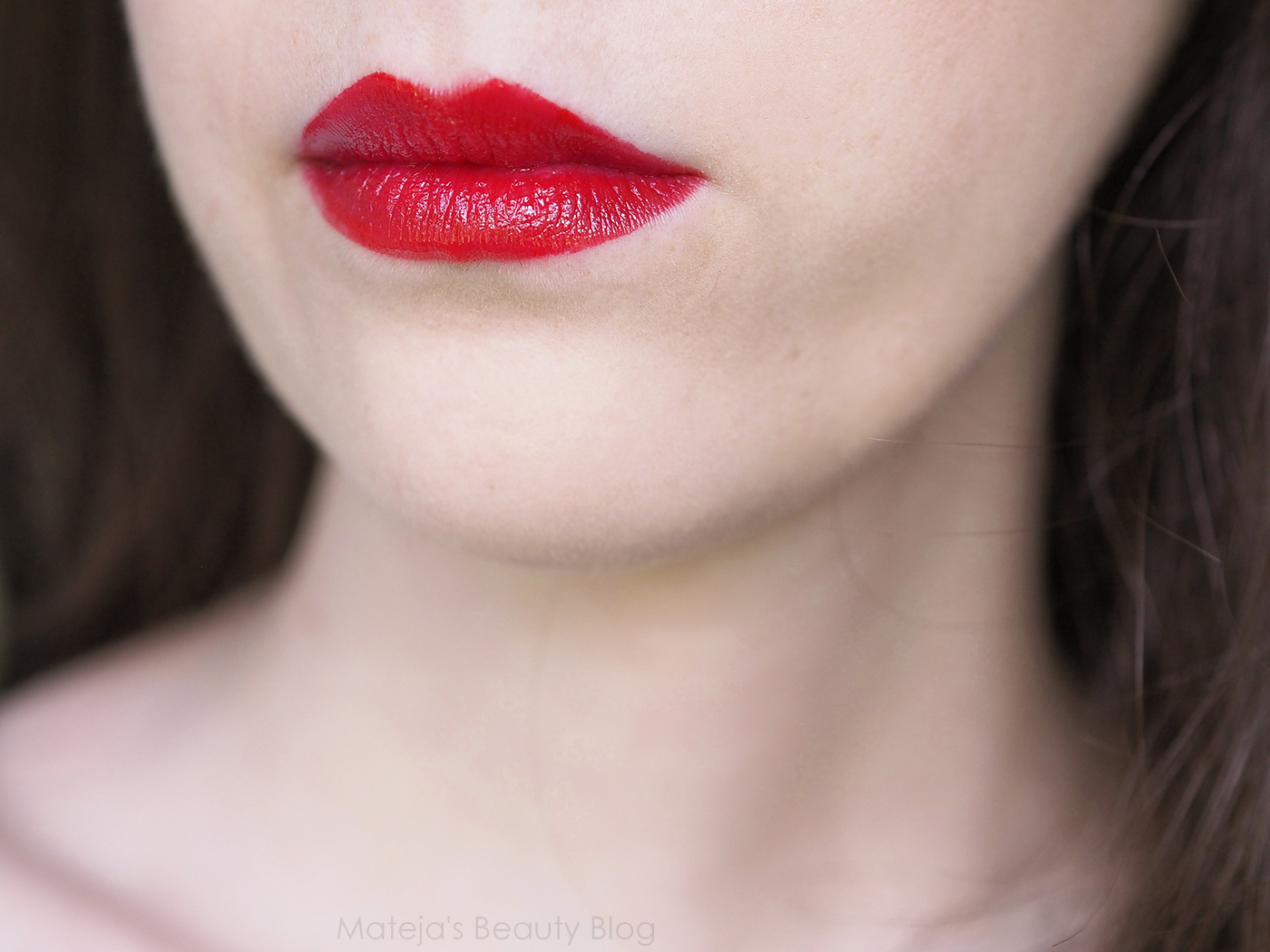 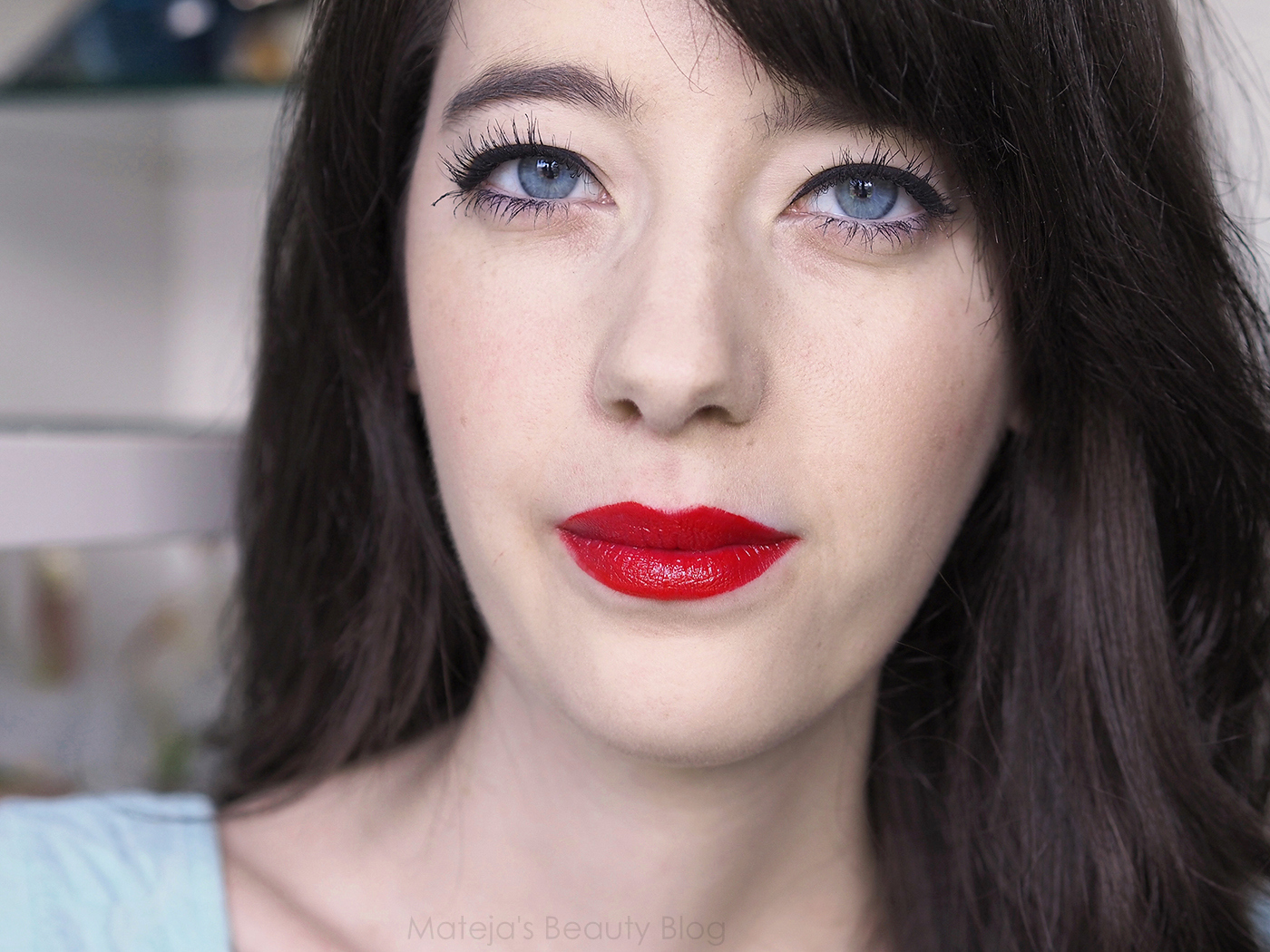 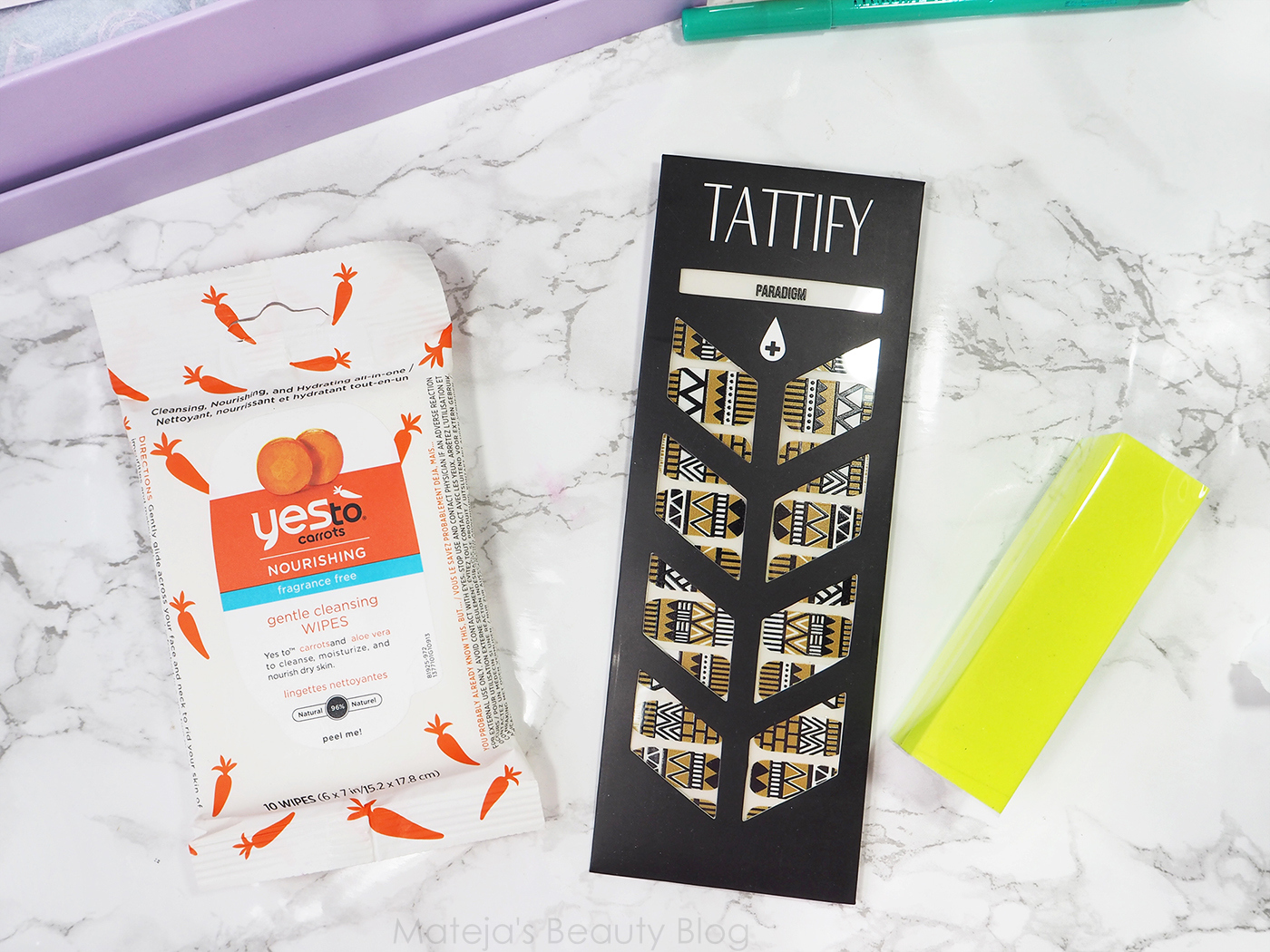 YES TO Carrots Gentle Cleansing Wipes
These aren’t bad wipes, though they don’t remove makeup that well, especially mascara, but they are 95% natural product and they are quite soft and gentle. But the scent of these is literally like sick a few minutes out of the packaging (fresh they smell pleasant). Strange it turns that way.
Ingredients
TATTIFY  Stick it to the Man Nail Wraps + Nail File
Paradigm
I just really don’t like the pattern of these, so I won’t be using them. But you get an extra mini nail file and a wooden stick to help you get them on the nails.
Neon Nail File Block
For those who love neons, they included a big block nail file that’s otherwise pretty standard.
My Beauty Box EU costs 12 € and is available internationally
Have a great day!
*PR product