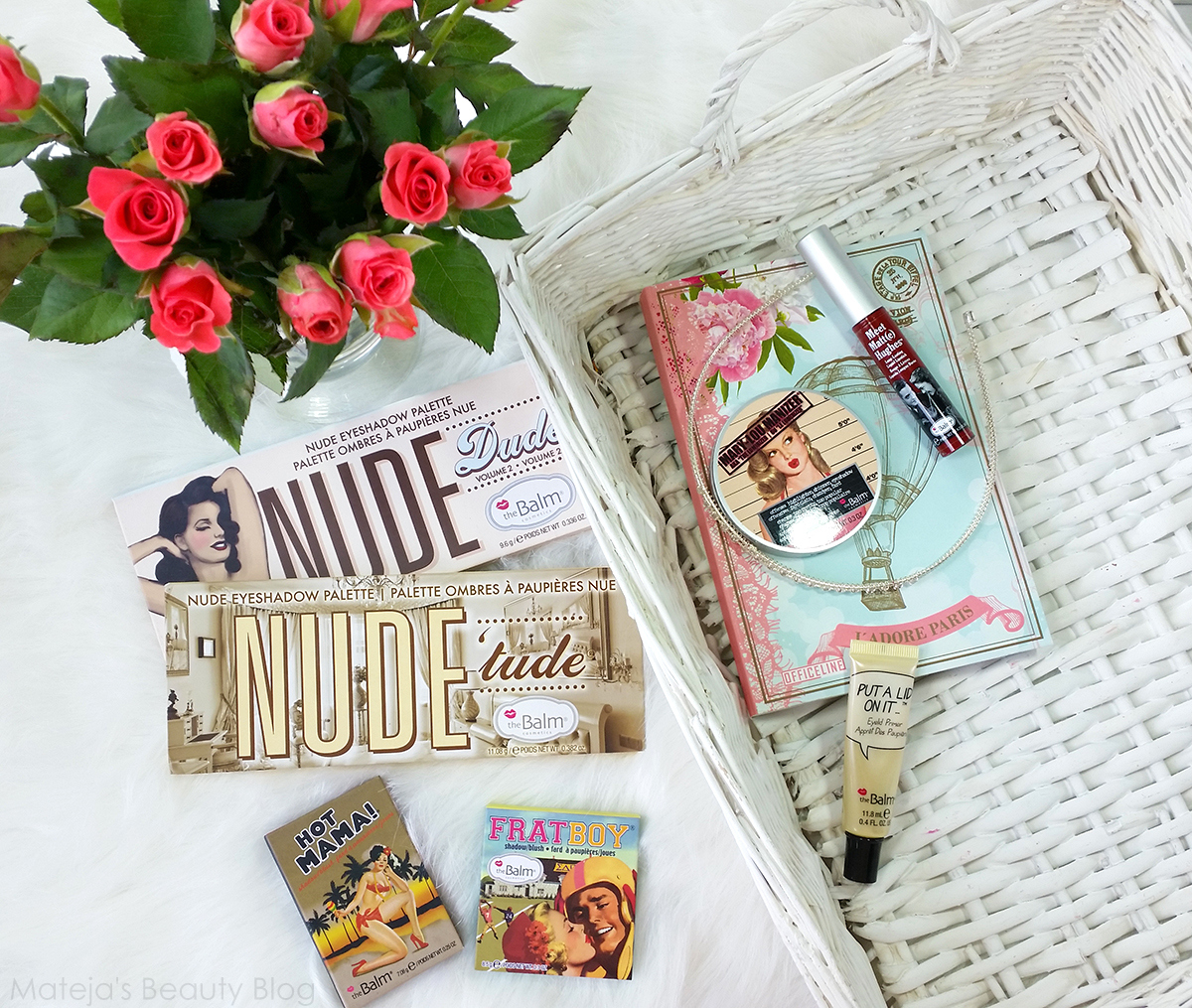 Nude’tude Eyeshadow palette
TheBalm has some of the best eyeshadows I ever found. There are so pigmented, soft and they blend beautifully, and I also find that they wear the nicest as well as last longest on my normal lids. Once I tried their eyeshadows, I saw the big gap between the quality of high-end vs. budget, though not all eyeshadows in the palettes are equality good (in this one Silly is pretty bad and Snobby isn’t that good either). Nude’dude is the first of the two neutral palettes by theBalm and it has a very simple and classic selection of colours, which gives you a nice variety when it comes to neutral looks, though I miss a medium toned lid shade or two and a basic, skin tone shade for blending. 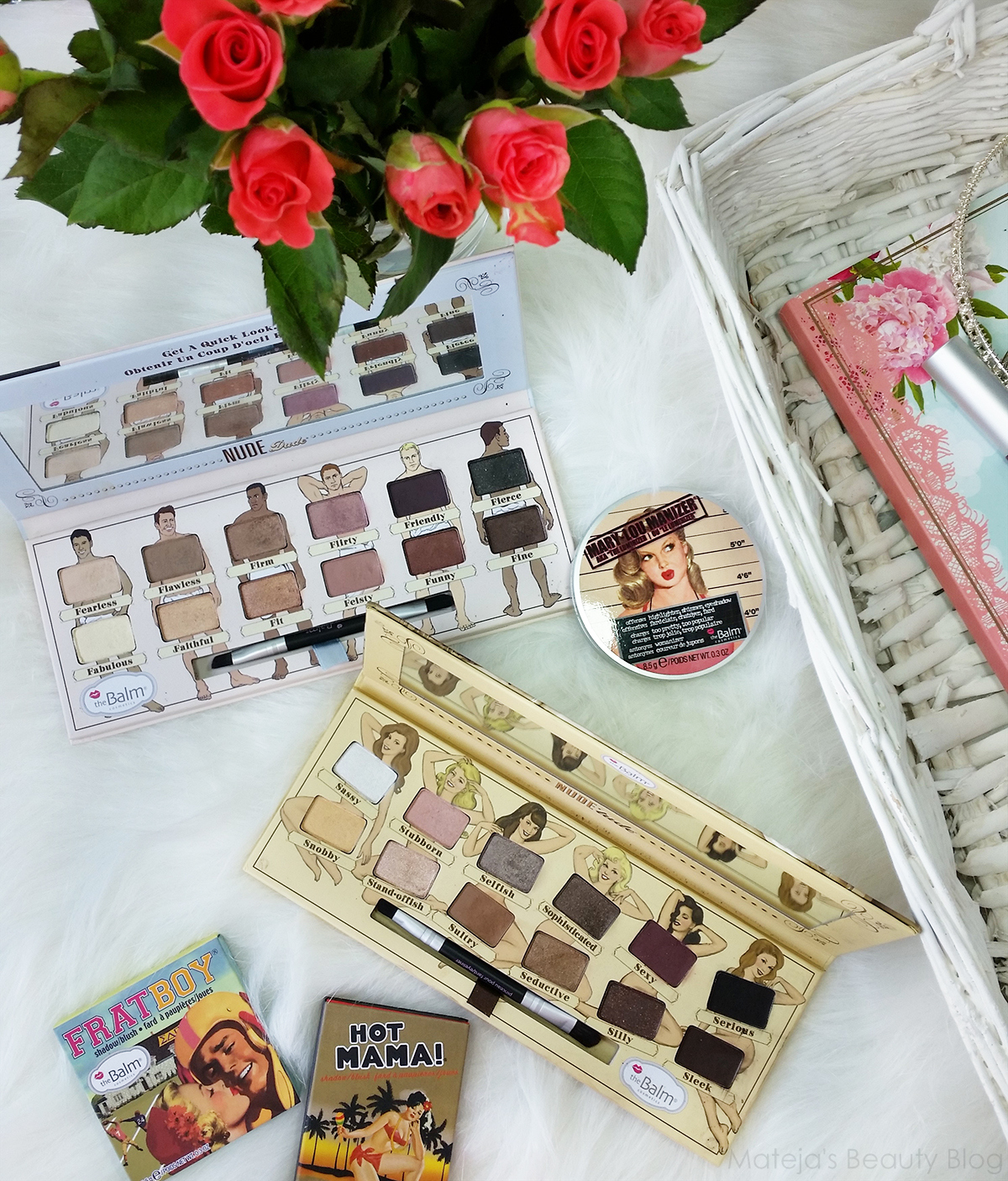 Nude’Dude Eyeshadow Palette
The second instalment of the neutral palettes by theBalm, but this one is already less of a conventional neutral palette. It’s for those who find most neutral palettes too boring as it has some nice coppery shades, pinks and violets, but also some standard brown neutrals. I don’t necessarily think it’s the most versatile palette as far as combinations go and Nude’Tude is better in that respect, but it’s basically it’s an expansion of the Nude’Tude with all the shades you might have missed in that one. My favourites in the palette are still Flirty and Feisty – two, I’d never expect to love. 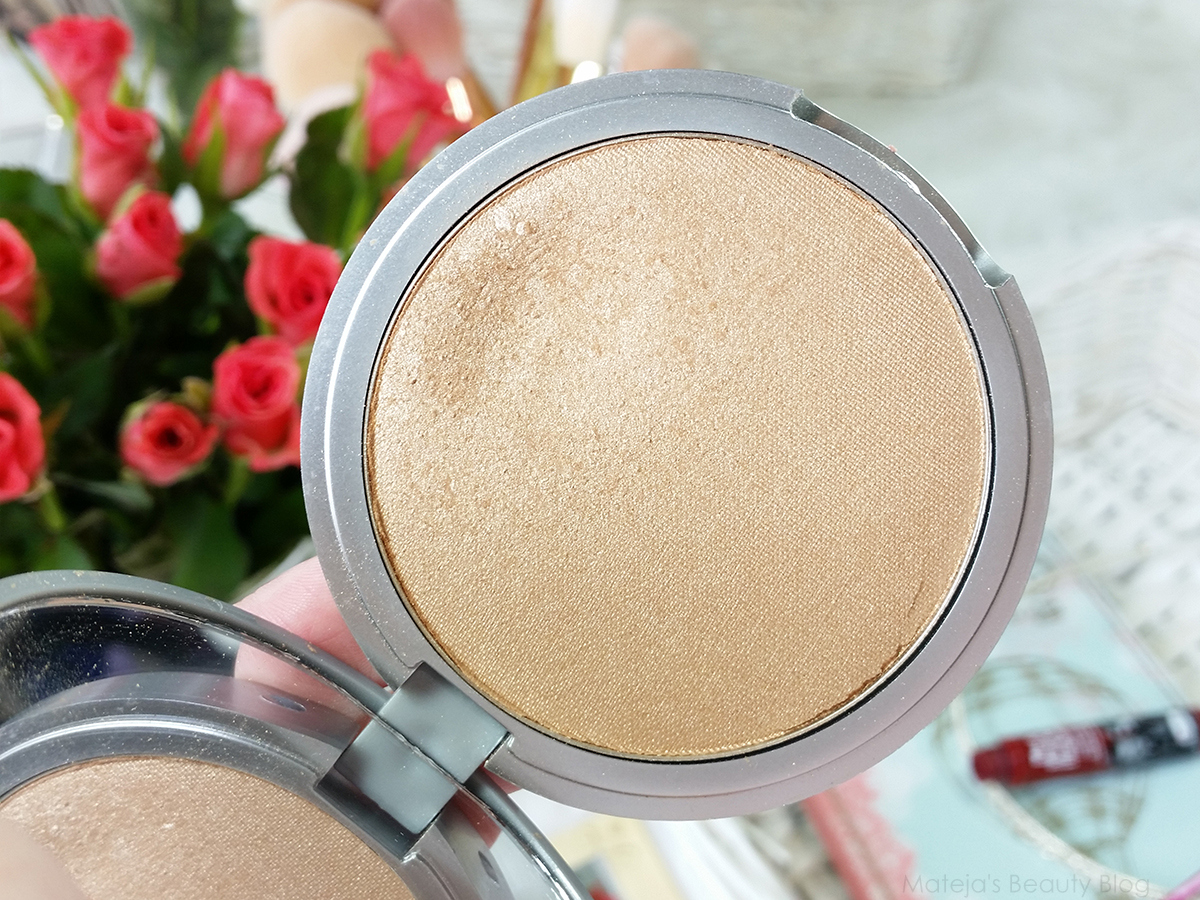 Mary-Lou Manizer
Chances are that if you heard about one TheBalm product, it’s probably this one. This is one of the most popular highlighters in the beauty community and rightly so. If you want some proper glow, look no further than this. It’s a gold toned highlighter with an intense shine that is almost at the point of being too golden for me, but it’s still fine, however, if you have a prominent cool skin tone, it probably won’t work for you. It gives a lovely glow that is super glamorous, but I actually use it every day. 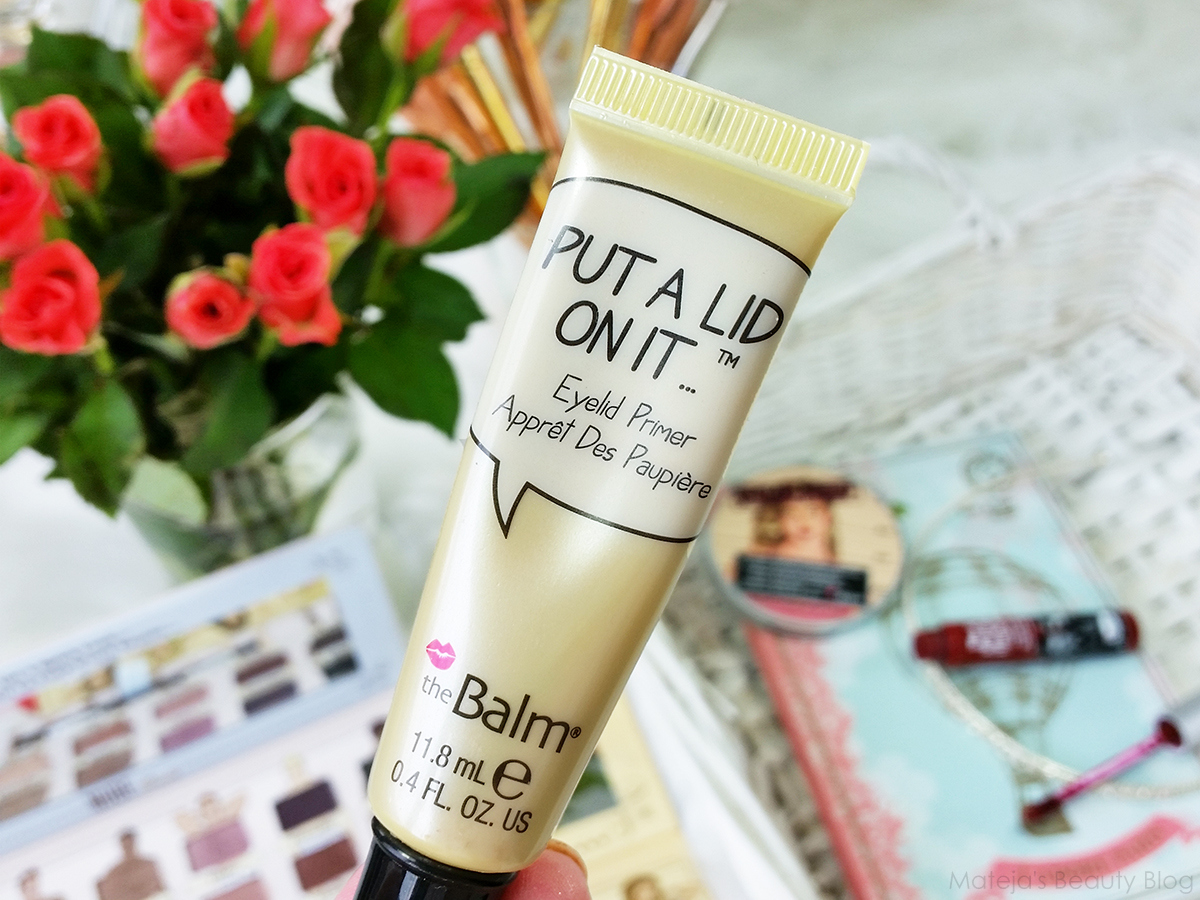 Put A Lid On It
I rarely talk about this, but it really impressed me. It doesn’t necessarily intensify the eyeshadow that much, but it definitely helps them last a lot longer. It’s slightly yellow tinted, but it doesn’t leave any colour on the lids and it goes on very smooth, however, not completely in a”dry siliconey” way like similar such primers. It dries relatively quickly on the lids, but you can feel that you added a layer on which the products will stick better. With this primer my eyeshadows look perfect at the end of the day and I love that is comes in a squeeze tube because it’s the best packaging for making sure you get to use all of the product. 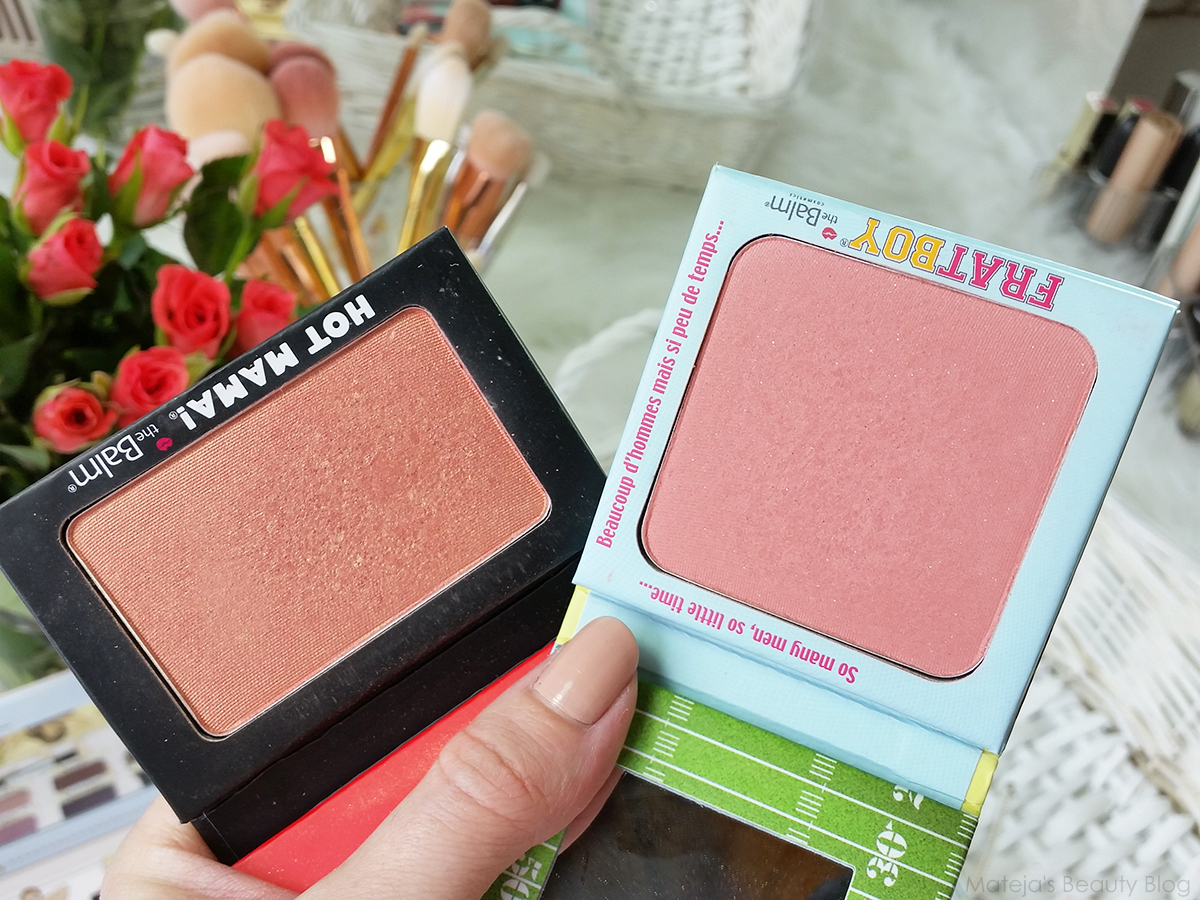 Frat Body Shadow/Blush
TheBalm excels at powder products and that includes their blushes. Frat Boy has been around for a long time and its rating on forums (like Makeup Alley) is impressive – rightly so. The texture of it is unreal, it’s the smoothest blush I’ve tried in my life, it’s super pigmented and lasts pretty much all day on the cheeks. The colour is a classic matte peachy pink, even though it looks more muted in the pan, but it’s peachier than for example Nars’ Deep Throat and Orgasm, but less coral than Coralista, so a nice in between shade that has quite a brightening, cute effect.
Hot Mama Shadow/Blush
If you want something more coral than Frat Boy and with a proper highlight glow, Hot Mama is a good choice. On the cheeks it’s a golden coral with a lovely glow, in fact it looks like you’ve mixed in a coral shade with MaryLou highlighter. Though it’s perhaps less popular than Frat Boy, I actually like it more because it reminds me of my favourite Benefit Coralista. 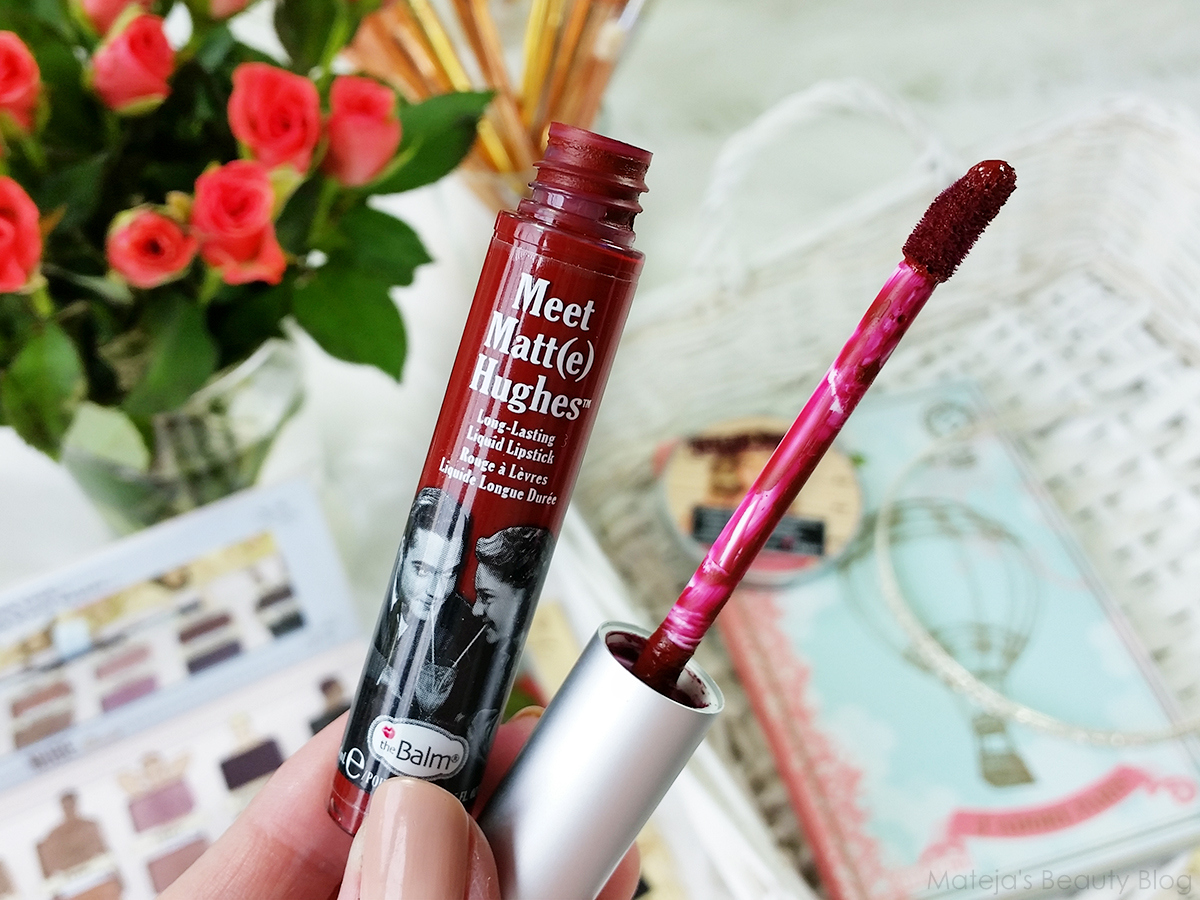 Meet Matte Hughes
I adore matte liquid lipsticks and if this shade is any indication, these are best ones I’ve tried. The formula is creamy, super pigmented, applies evenly with no sheer patches, it smells like After Eight and dries to a velvet matte finish after about 10 minutes. It lasts so well on the lips and wears off nicely too. I have Adoring, a deep burgundy shade and it’s the best such shade I ever found in a liquid lipstick formula, but I really want to expand my collection, especially with more nude shades like Charming, Sincere and Committed, plus I like the look of Dedicated as well. 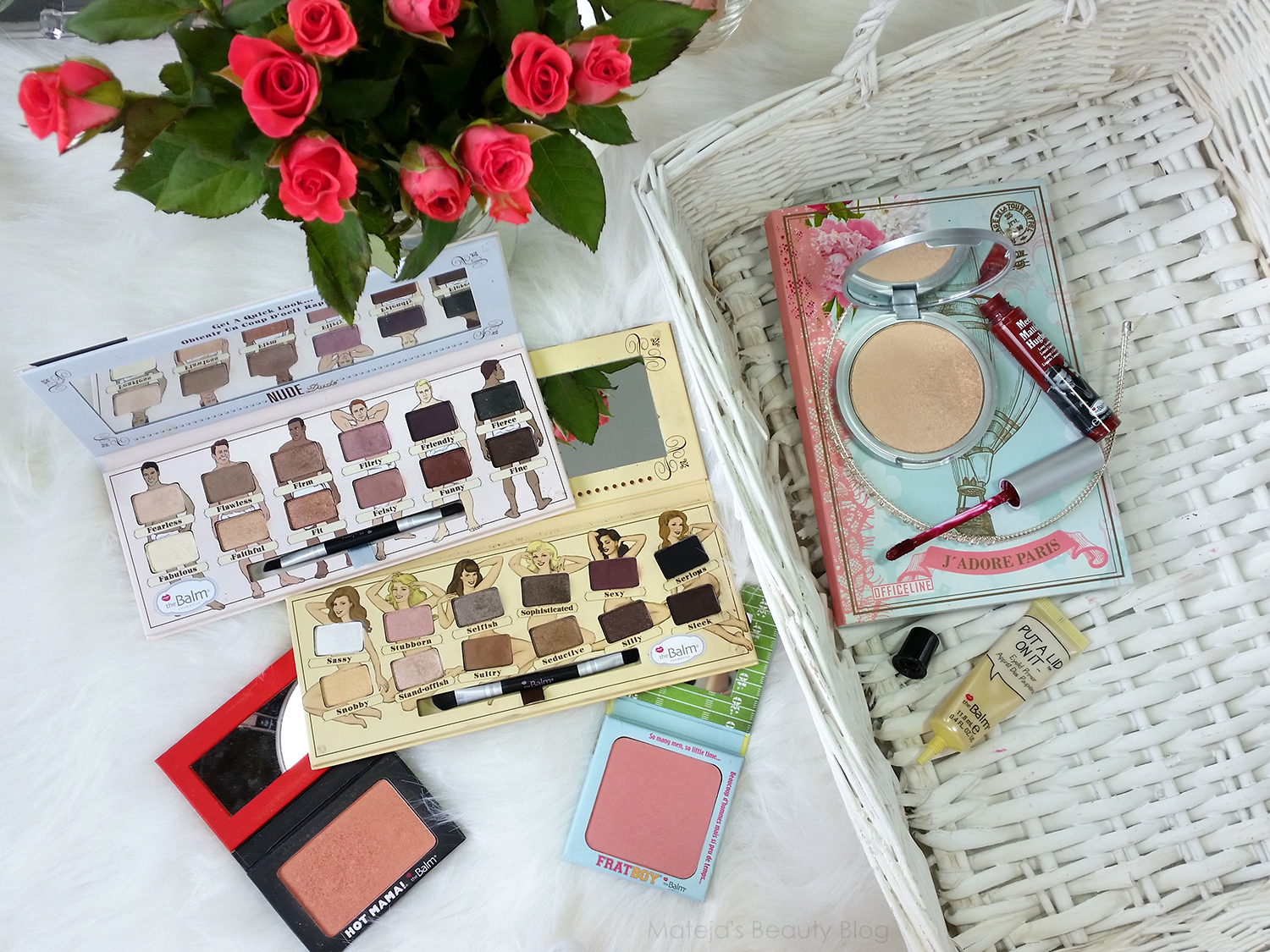