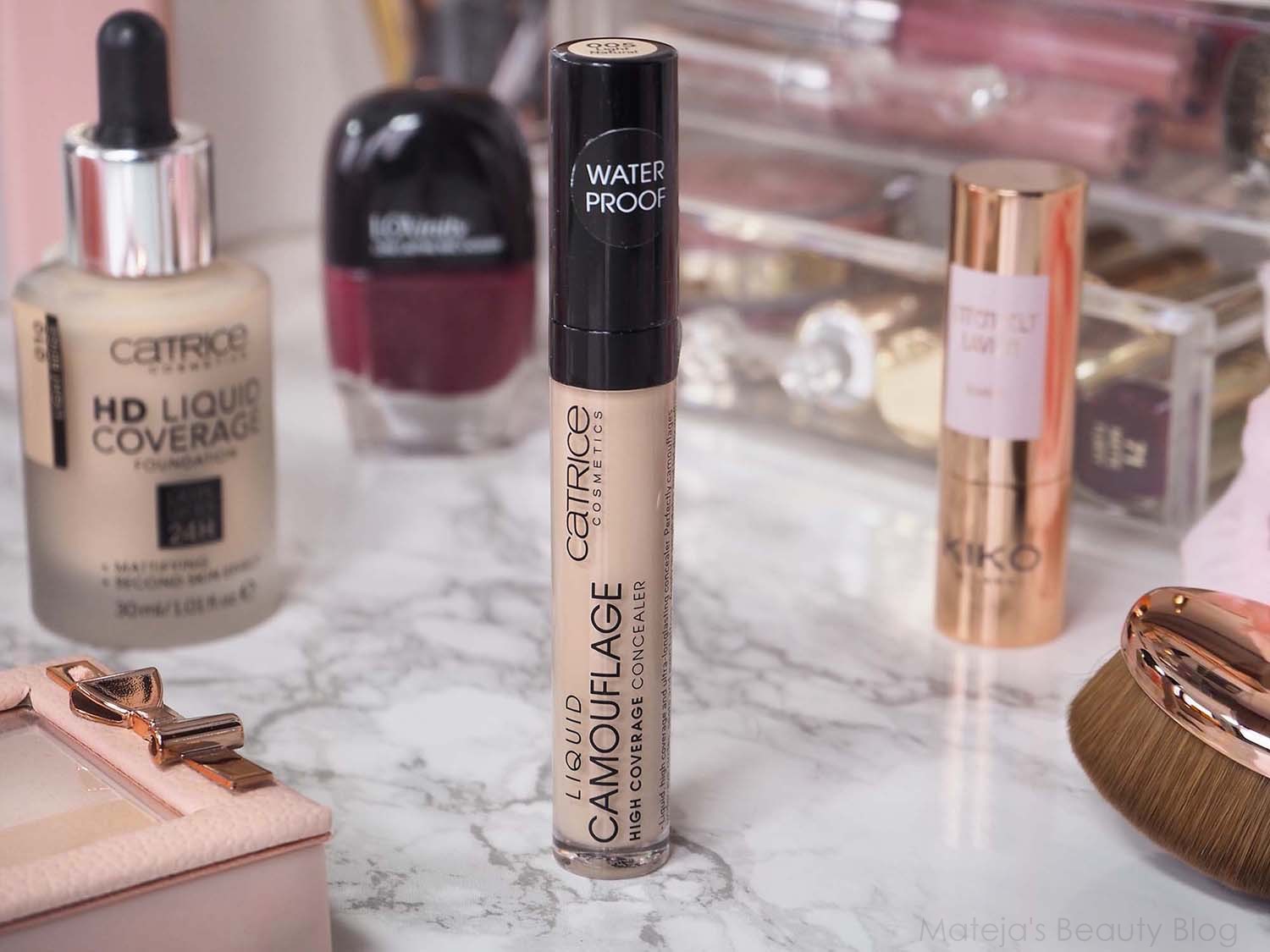 I’m about a year too late to the party when it comes to this concealer, but it’s one of the most hyped-up budget concealers in Europe. Well at least in countries where it’s easy to get. I’ve heard so many good things about this it, almost all my favourite fellow bloggers like it, while I’ve been using Collection’s and Nars’ Radiant Creamy Concealer instead. I’ve had my eye on it for a long time, but the original two shades oxidised so terribly when I was swatching them in the shop, I immediately put it off my wishlist. Later Catrice released a lighter shade 005 which luckily fits me fine. Thanks again to Petra who got for it for me. 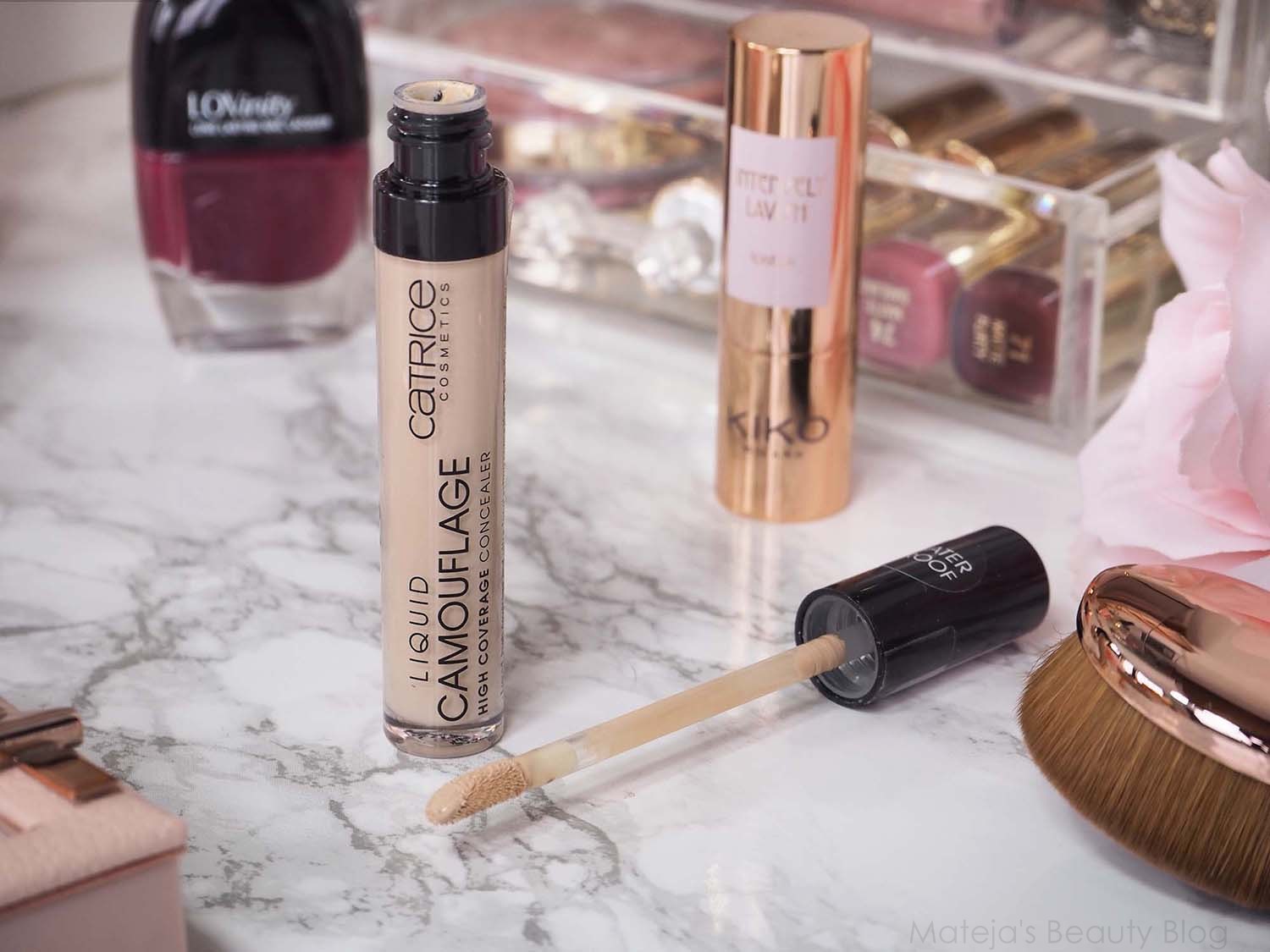 Texture: It’s a light liquid concealer, but it holds a lot of pigment. It’s easy to apply, it blends very easy and it doesn’t set very fast, so you have some time to work with it. It’s better suited for under the eyes than Collection because it doesn’t look as matte and it doesn’t emphasise dryness as much, but on dried up spots it looks cakey, especially when you layer it. The little sticker on the cap that promises it’s waterproof is false based on my experience, as tears remove it completely, also it doesn’t stand a chance against glasses and I end up with an empty space where the glasses sit. I didn’t care for its waterproof claims anyway, so I don’t consider it a minus for me. 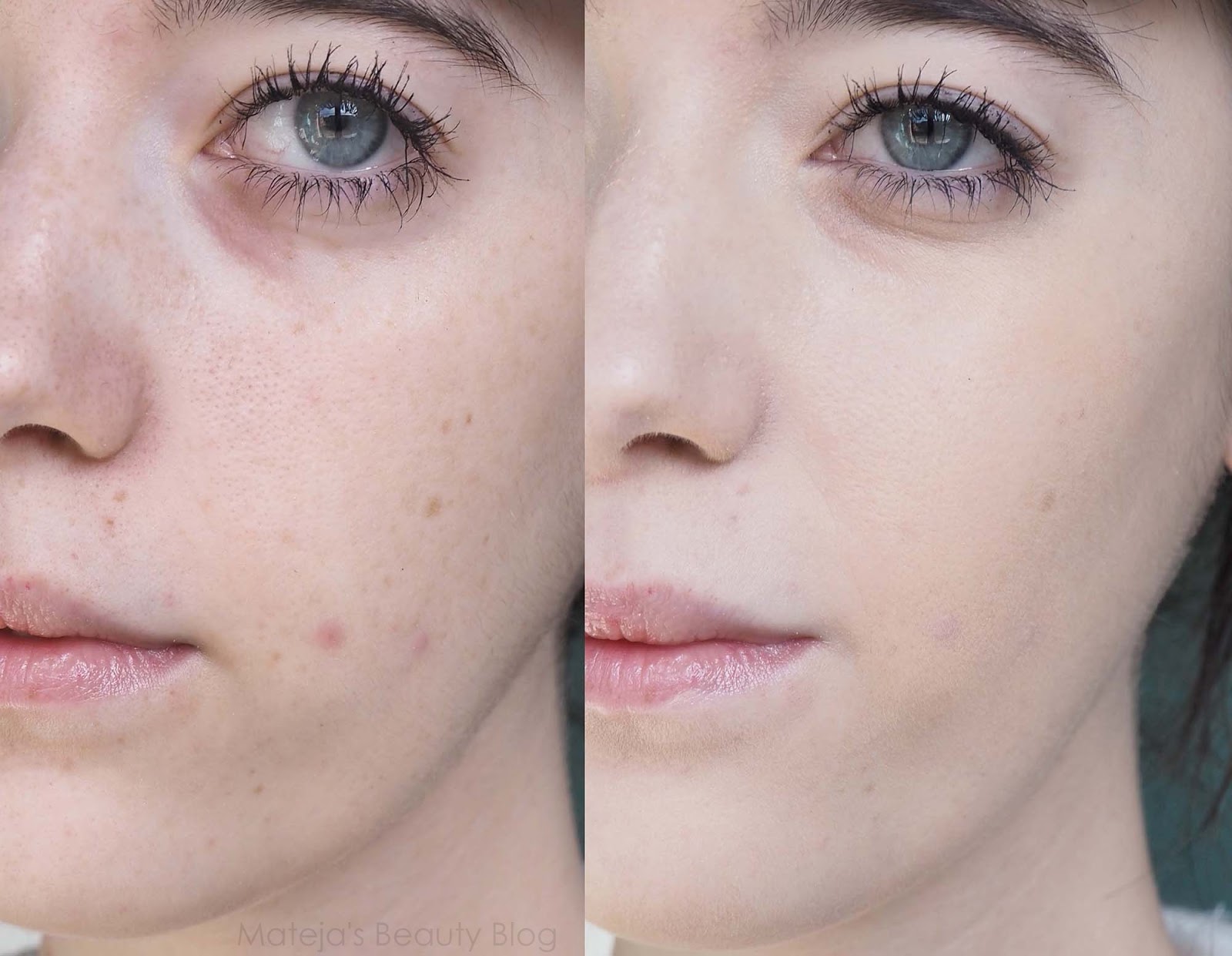 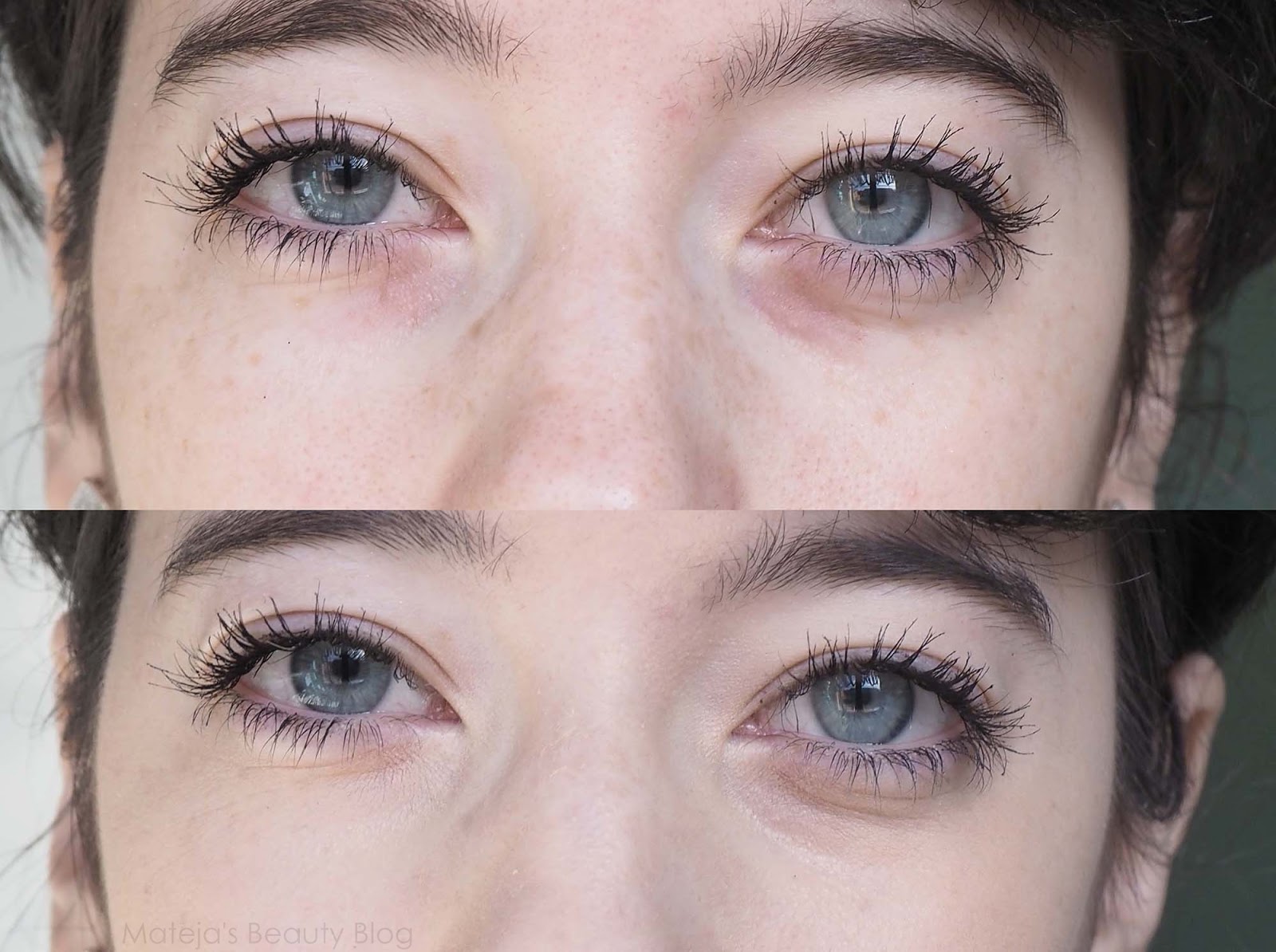 Coverage: In terms of coverage, it about a medium to high. Again similar to Collection’s and Nars’, but less, since on some spots I need to apply an additional layer, which doesn’t always end up that nice. You can see on my before after comparison that it didn’t quite manage to cover my extra dark circle under one eye (I don’t know why just one, it’s not the lighting in the picture. My life is weird), but it’s nice for moderate circles. Also a red mark from an old blemish next to my lips wasn’t completely covered. On the pictures I’m only wearing the concealer, so no extra foundation. 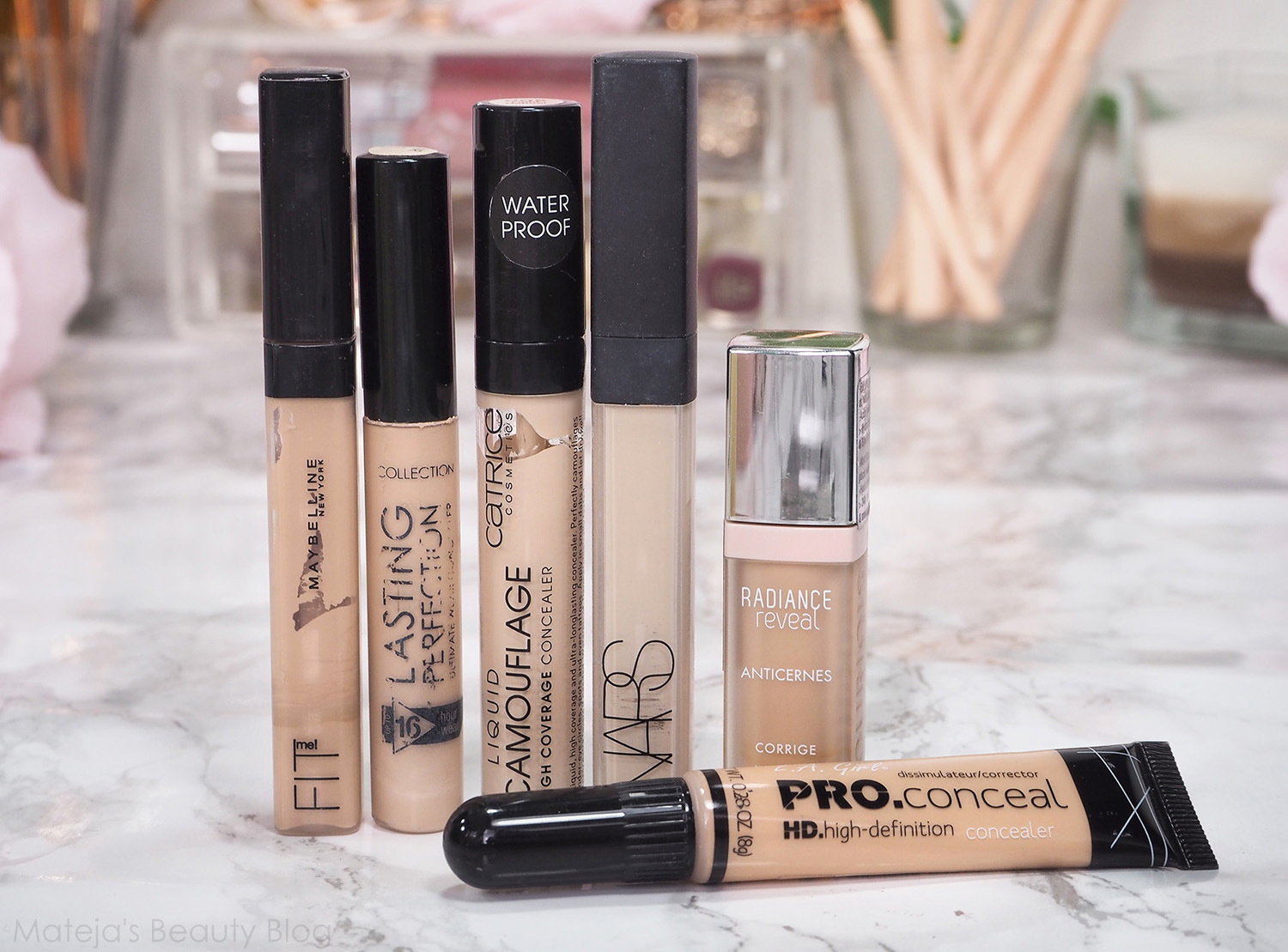 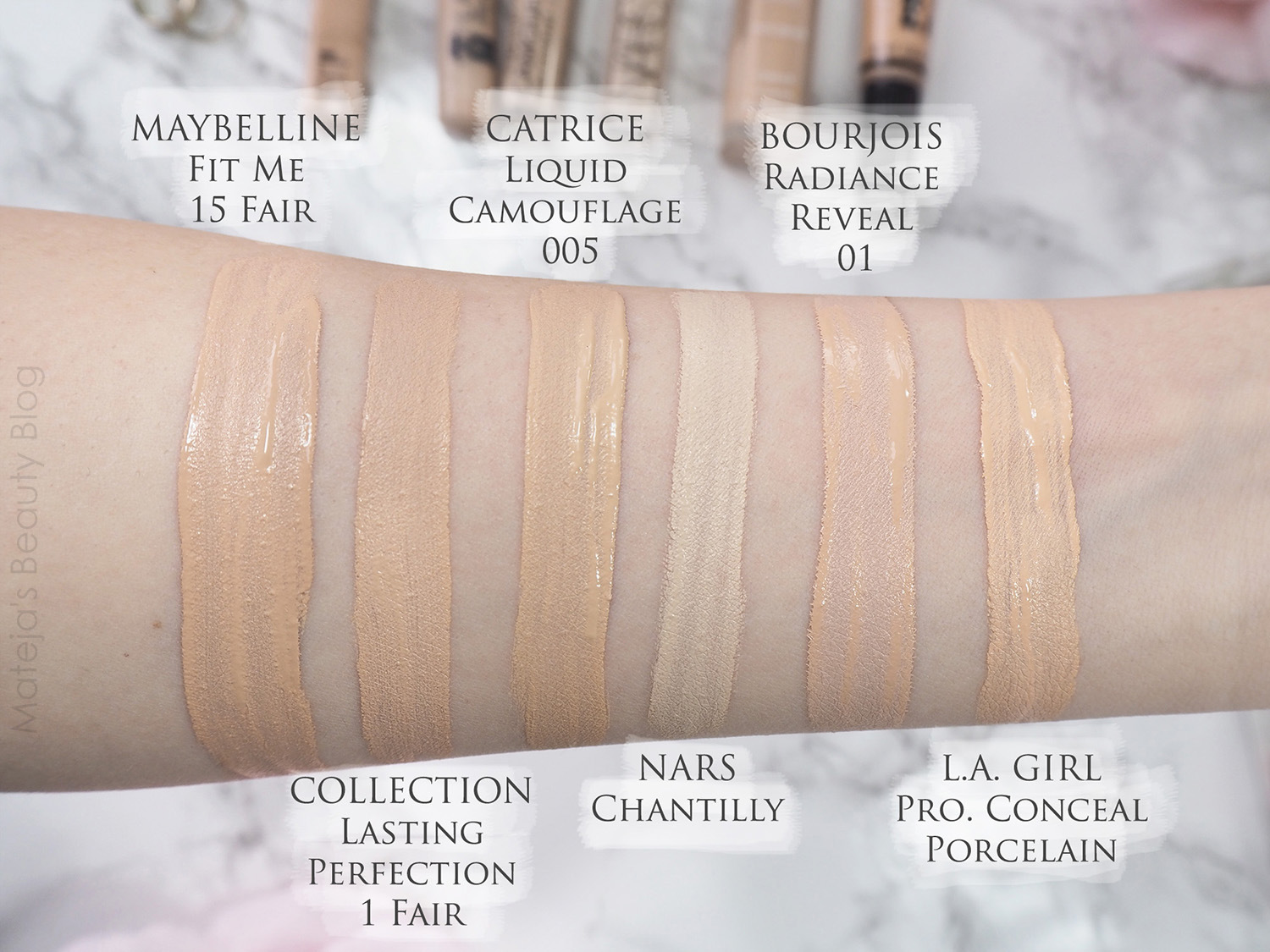 Shade: The colour I got is 005, which was added later and I’m so glad it was. It’s about the same shade as Collection 1 Fair, except it’s got a yellow undertone. It’s about NC13 and it applies slightly orange, but blends out to a more neutral shade. As a comparison L.A. Girls Pro Conceal in Porcelain swatches more orange, but it’s similar in lightness, Bourjois Radiance Reveal in 01 Ivory is cooler, more peachy, NARS Radiant Creamy Concealer in Chantilly is 2 shades lighter, Collection Concealer in 1 Fair is a cool version of the shade and Maybelline Fit Me in 15 Fair is a shade darker. Picture was taken a few minutes after these were applied, so they are oxidised and the undertones are more apparent.
Staying power: It doesn’t last as well as Collection and Nars. Those two have a more matte finish, so they stick better on the skin. Still you get good half-day+ wear, it also depends on the base you’re using and if you use powder (I don’t). 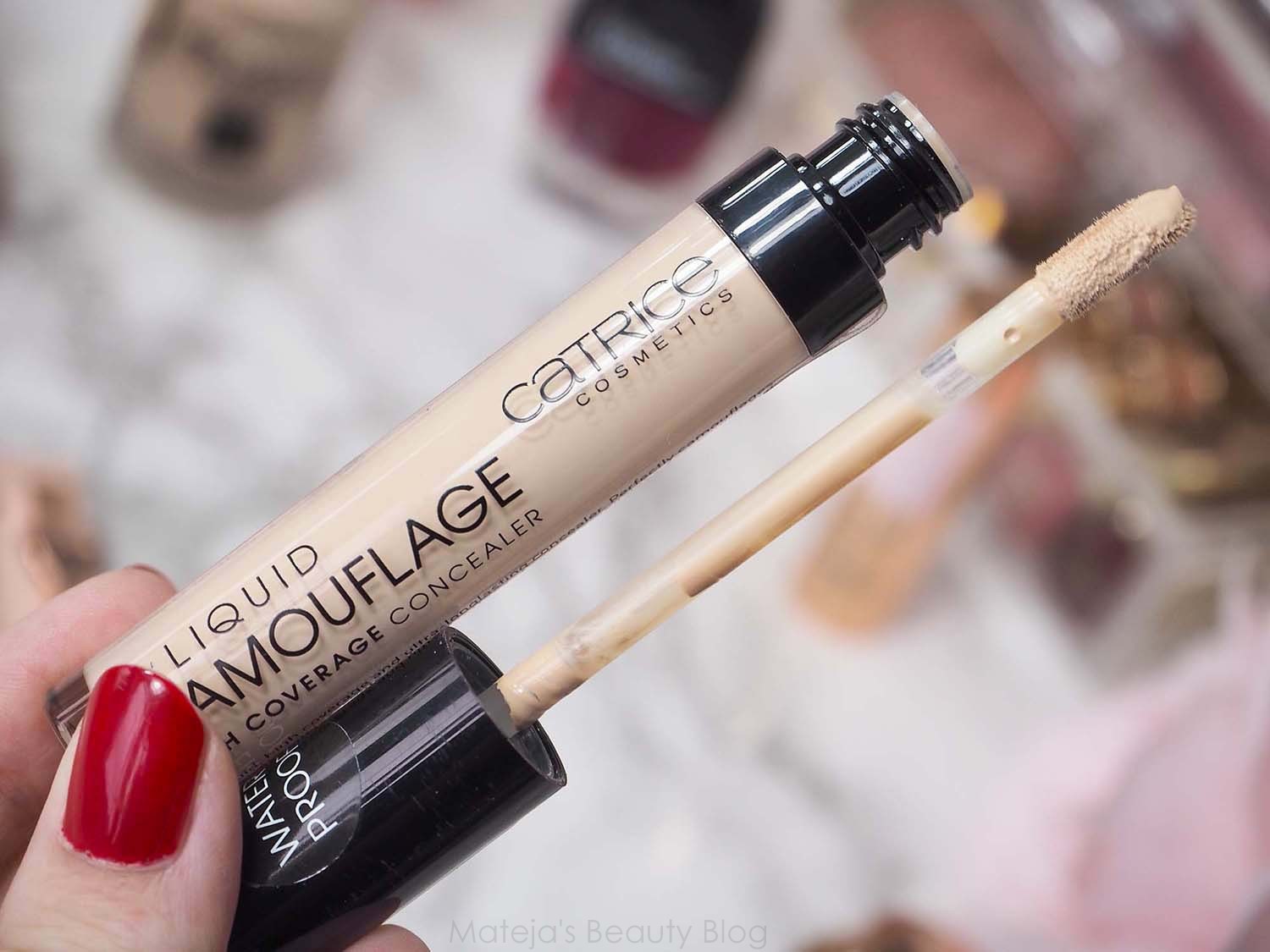 Packaging: It’s a classic concealer in a tube with a doe foot applicator. The latter works fine and there is enough product on it for one use. Both caps of Nars and Collection broke, so I’m really hoping this one fares better. So far it’s looking good.
Price and availability: It’s sold in drugstores for 3.79€. 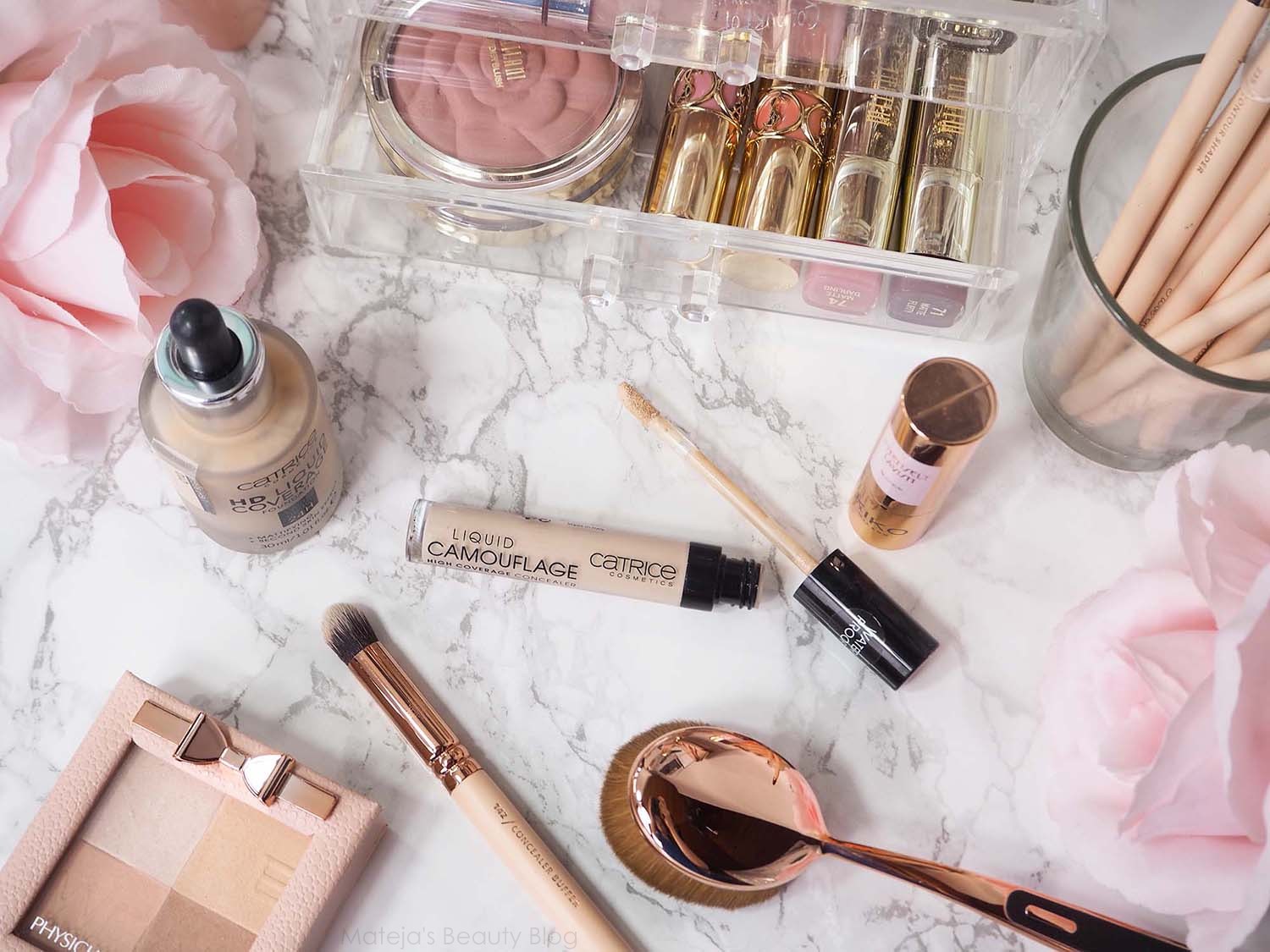 This won’t give you complete full coverage, however, in combination with an already medium-high coverage foundation you’ll get there for sure. It’s light, yet it has plenty of pigmentation, it’s also less matte than Collection’s making it better suited for under the eyes. I find that it can look cakey once layered, but it’s also because the colour doesn’t fit me exactly right in a thicker coat. There aren’t many comparable products in Slovene drugstores, I hear Essence’s new concealer is similar, but covers less, so if you need something that’s nice and covers well, this is a good buy and I already featured Catrice’s concealer in my previous favourites. But my all-time favourite still remain Bourjois Radiance Reveal and Collection’s just for spots.