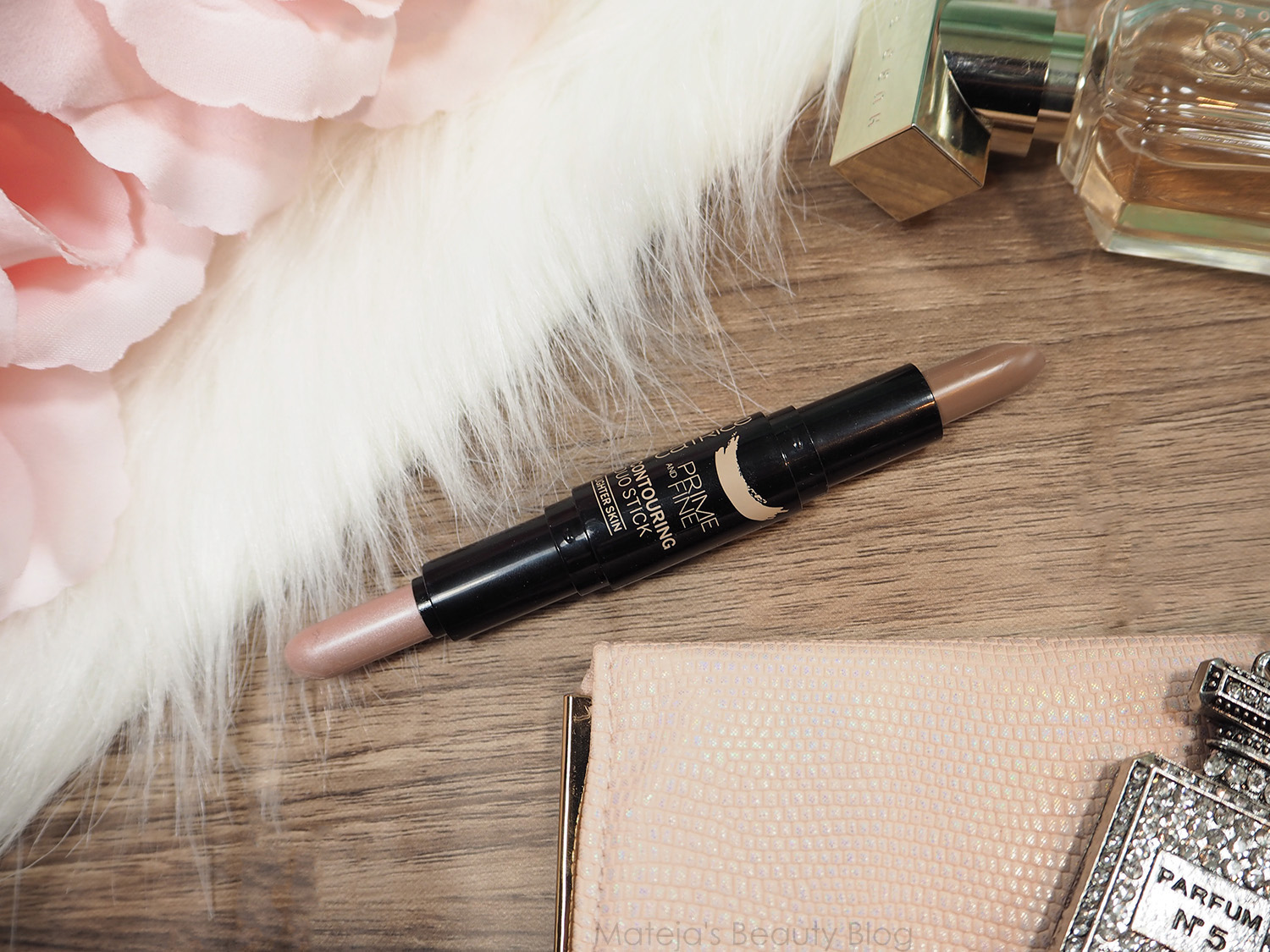 Not that I’m massively into contouring, but when I saw Catrice added a creamy version of a contour product in their permanent range, I wanted to try it because there weren’t that many cream contours in our drugstores. Well in the next few months I ended up with three, all drugstore. I own Catrice’s powder version which I quite like, so I hoped this will be good too and when I swatched it the shop, I loved how taupe the shading stick looked, so great for my pale skin. However, I ended up not liking it as much as the powder version, at least as far as the contour side is concerned, but the highlighter is lovely and it reminds me of an old favourite. I have the version for light skin. 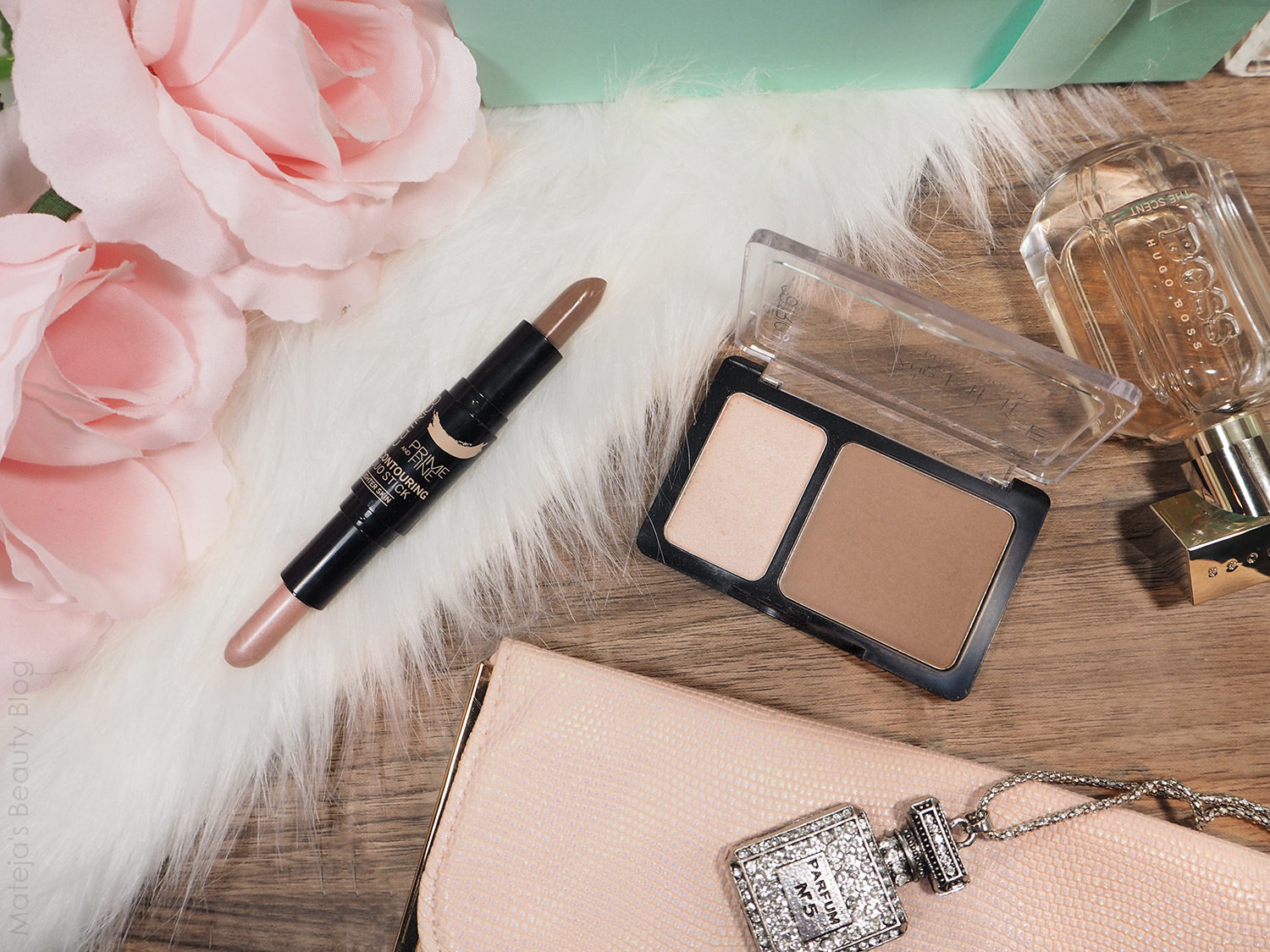 Texture: Both sides very creamy and pigmented, though the contour is a bit creamier. Both blend with ease when I use the Real Techniques contour brush, in fact you have a lot of time to blend it because it takes long to set and this ease of blending turned out to be a minor minus because it blends into a too large area. Using a precise, thin brush is a better idea at this product, but with fingers it’s just not working and it looks messy and patchy. The highlighter isn’t an issue at all and it blends well with all tools. 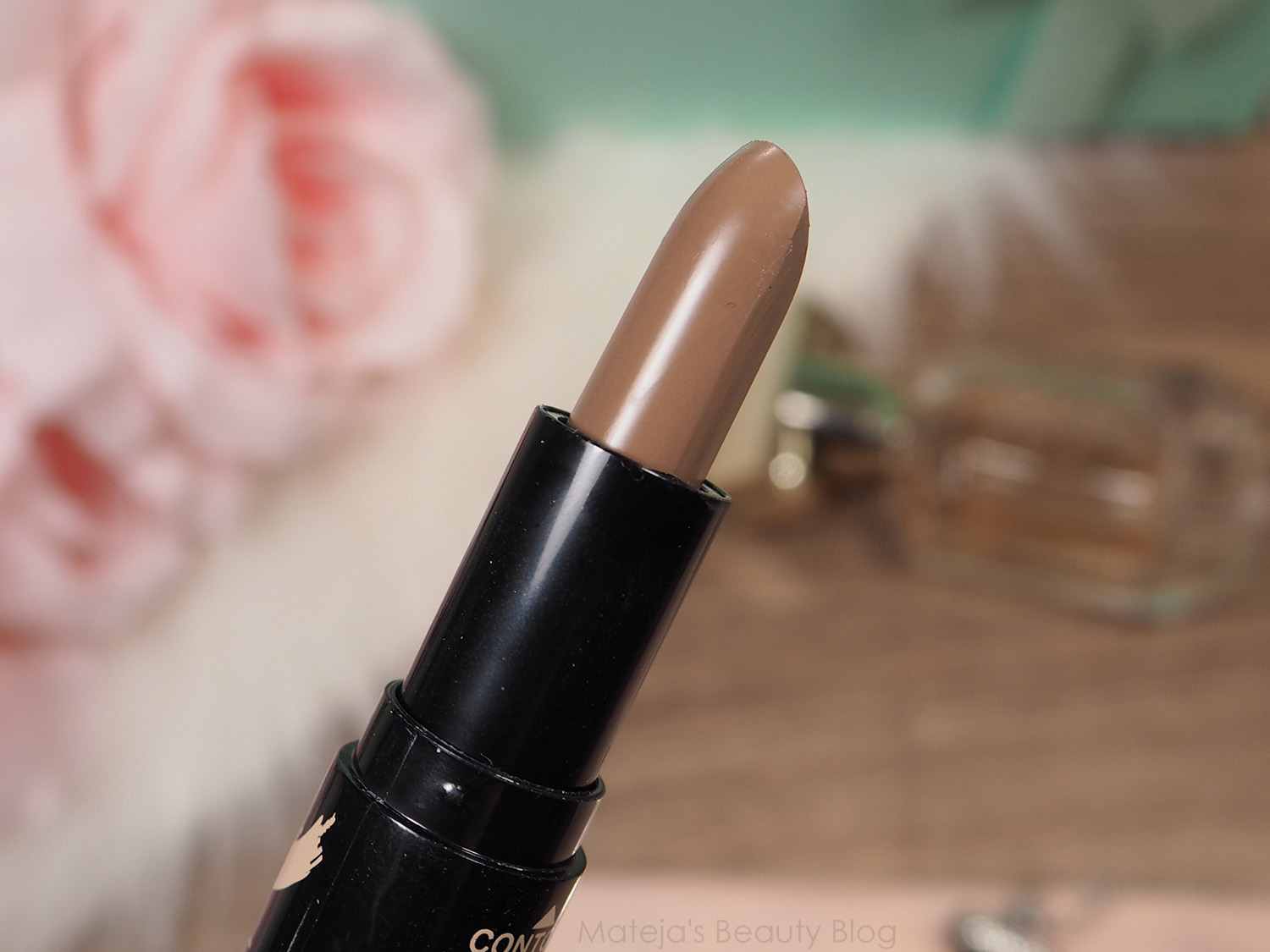 Contour: The shade is a taupe colour than is leaning more to brown than grey. Compared to the shade from the powder duo, it’s a lot more pigmented, darker and warmer, while compared to Taupe by NYX it’s a lot more brown. It’s a bit too warm for my skin tone, even though on the pictures it works and gives my face a more sculpted look. Due to a small size, it’s very easy to apply this very precisely, including on the sides of the nose, which is much better than at Beauty UK’s version, but blending is a bit more challenging if you want to retain most of the intensity at the edge and then having the product gradually blended out, since it’s a very creamy, blendable product, so you quickly blend away too much. 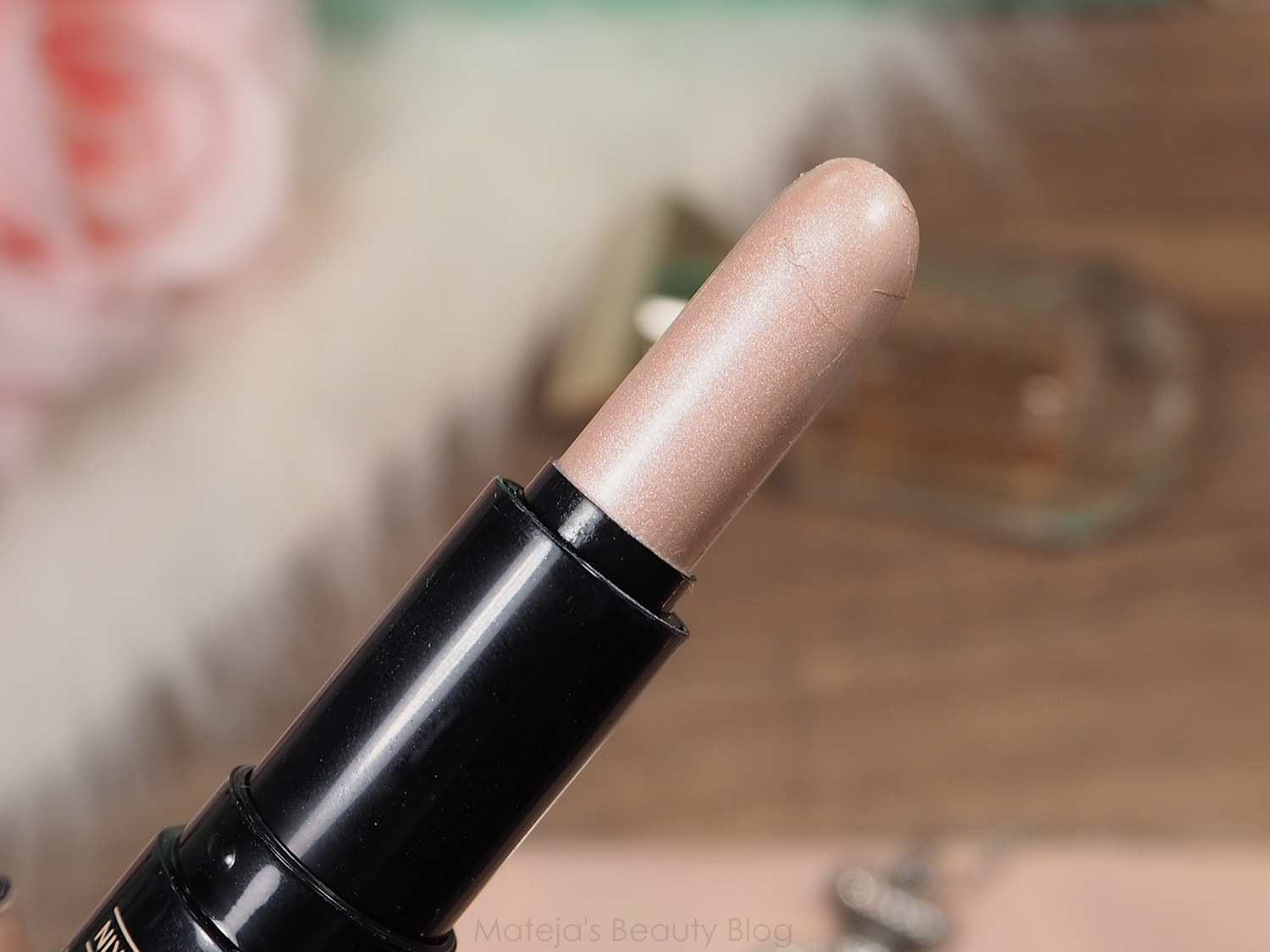 Highlighter: it’s a similar shade to the one in the palette duo by Catrice, but a more peachy version of the champagne shade and a lot more intense. It’s similar to the long discontinued Jemma Kidd’s cream highlighter in Ice Gold and has an impressive glow, though not like theBalm’s Mary. Out of all the contour kits I got, this is my favourite highlighter. 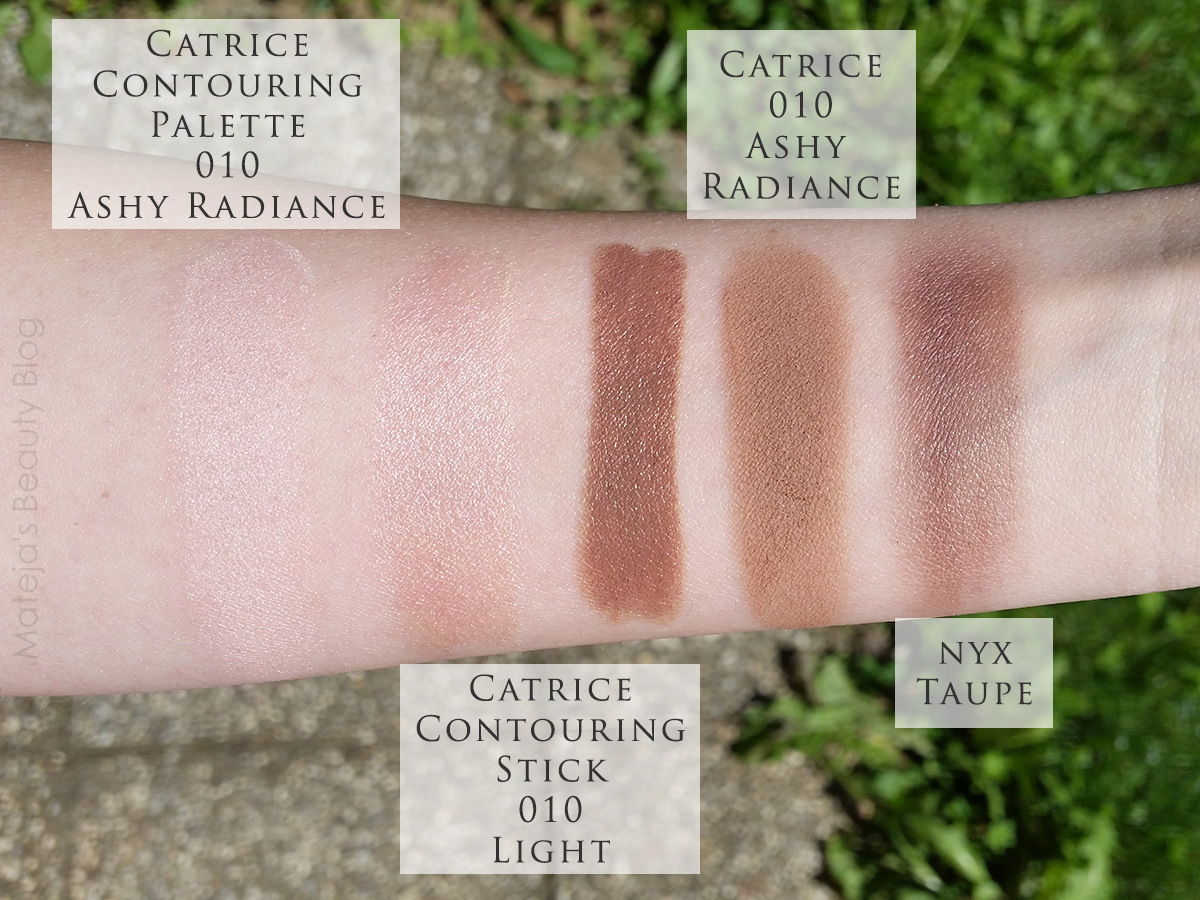 Comparison swatches with Beauty UK’s version and Wet n Wild Contour Palette are here.
Staying power isn’t that impressive at the contour side, but the highlighter manages to hang on longer. I would set the contour with powder products, since the texture is so creamy, it tends to move. 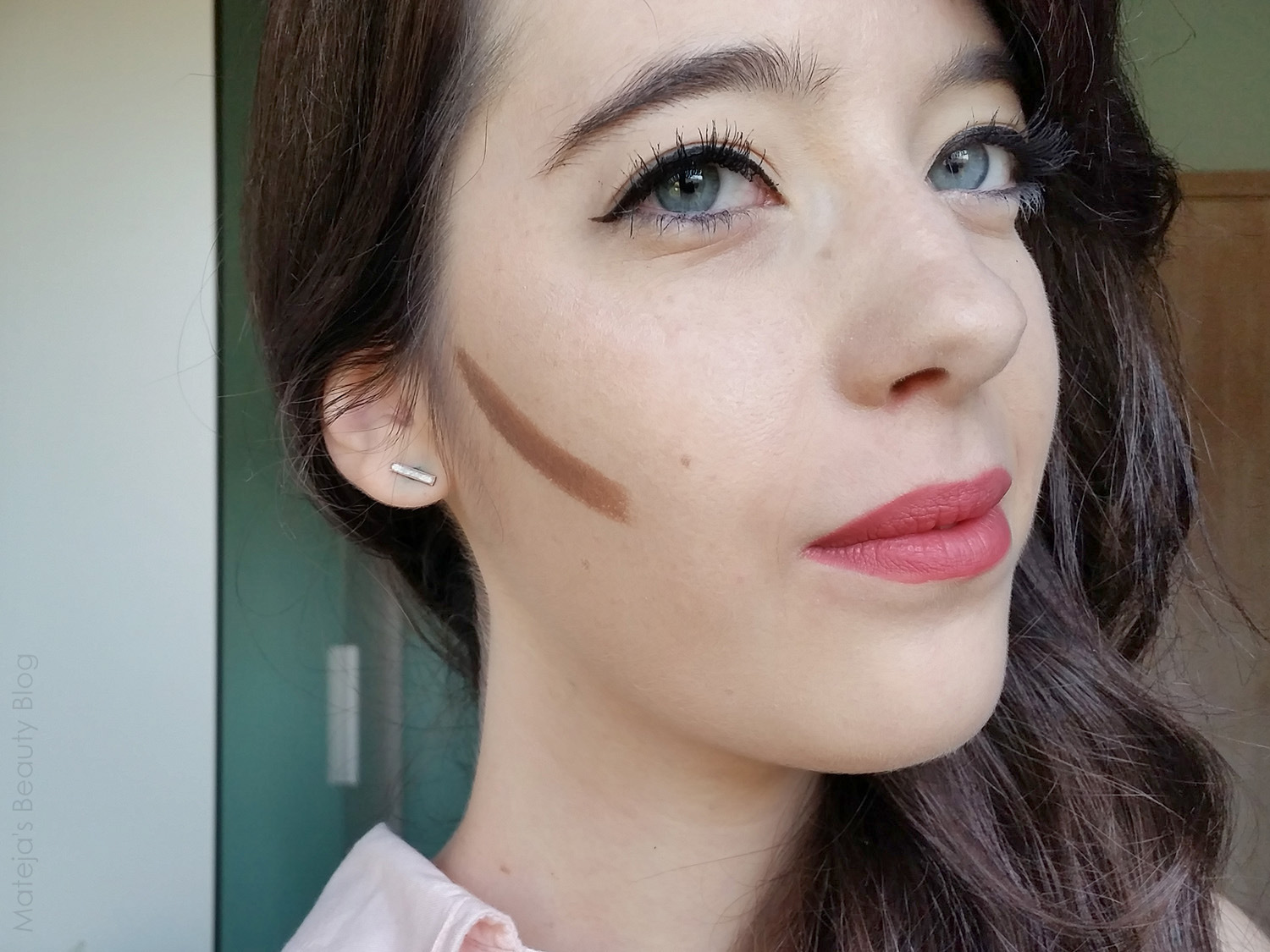 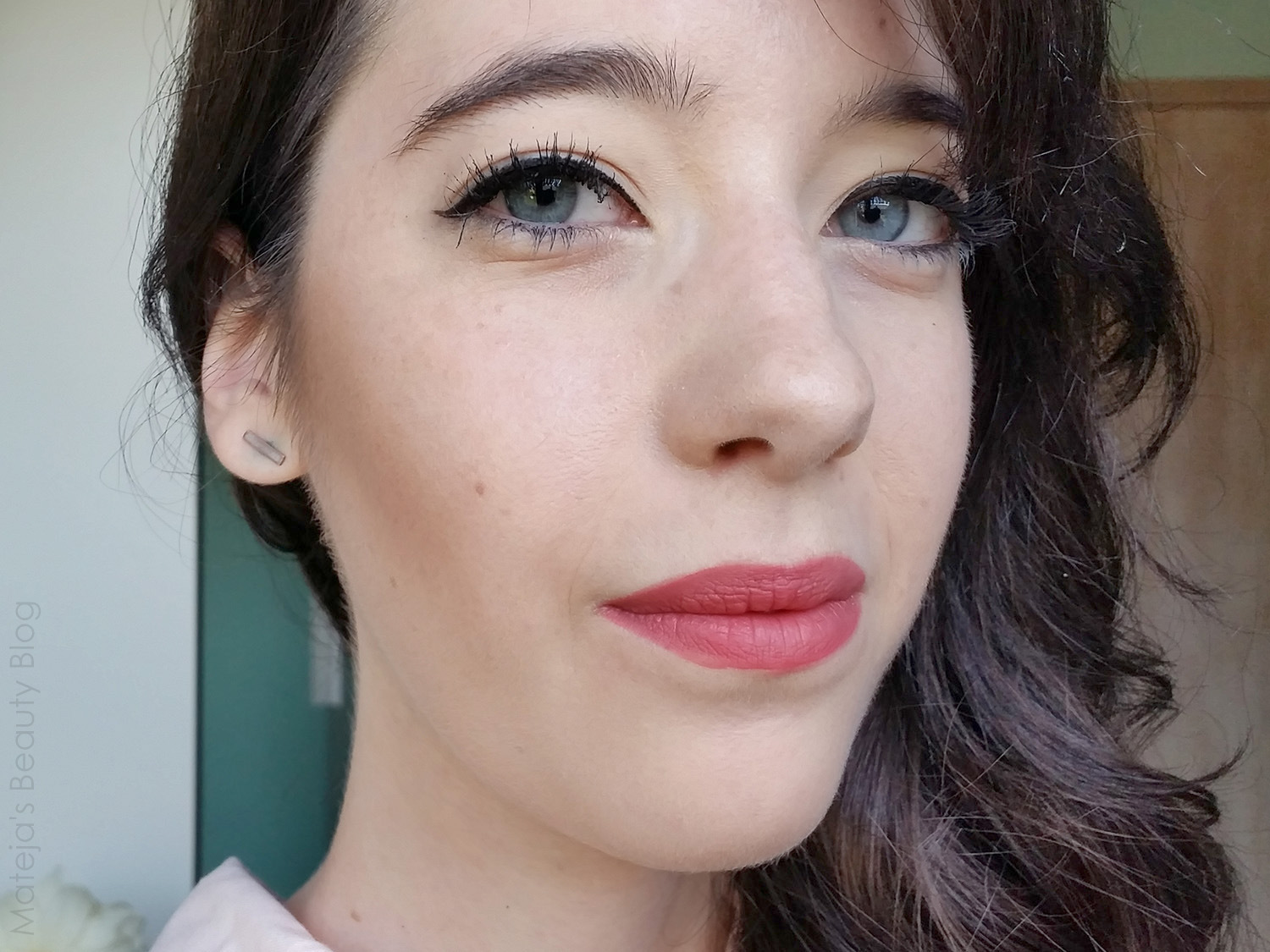 Packaging: It’s a dual sided design, which I think it’s so much more practical than for example Maybellline’s and it allows you to be precise because these are not just thin, but the contour is also pointed. The sticks are actually very small, which is a bit of a bummer for such a price, especially since they are so creamy that they won’t last long.
Price and availability: I got mine in Müller for 4.69 €. 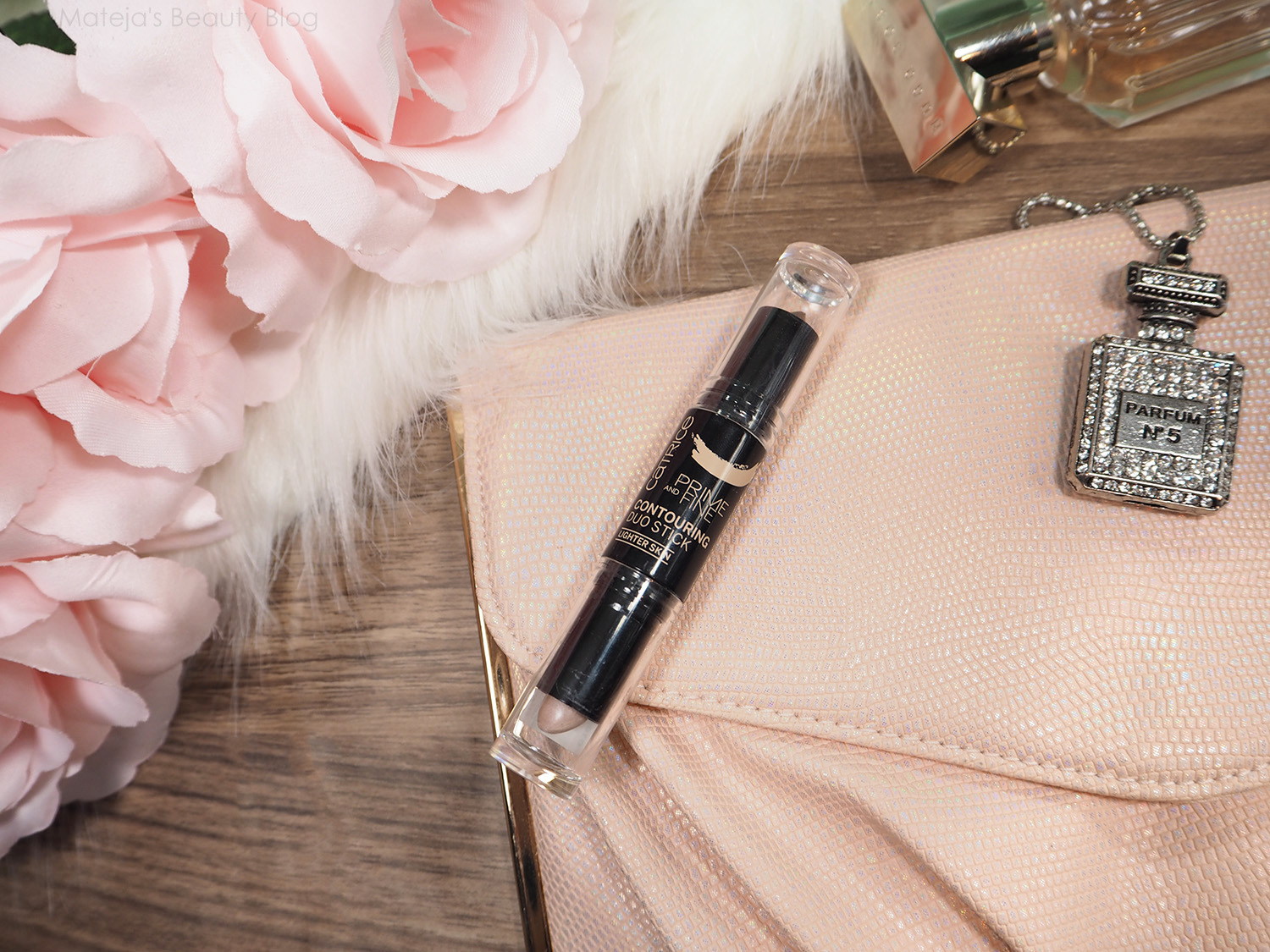 Nice on a budget, but not if you’re very pale or have a prominent cool undertone. Catrice did a more universal shade that fits light and probably also medium skin tones, but it also has enough grey in it, so it won’t look too warm on those skin tones. The shape is great, especially the contour is very precise, so it’s easy to apply where you want it. I would set this with powder, even though it’s not as greasy feeling as Beauty UK’s, but it’s so creamy it tend to slip from the skin fast if you don’t powder it. If you only have 5 € set for your contour kit, I’d still get the powder one instead of this one, but for porcelain skin I kind of prefer the new cream L’Oreal one. Out of the three contours I  got, I find L’Oreal’s Infallible Sculpt in light to be the best for my skin tone, while I’ve forgotten about this one and Beauty UK’s .
Have a great day!