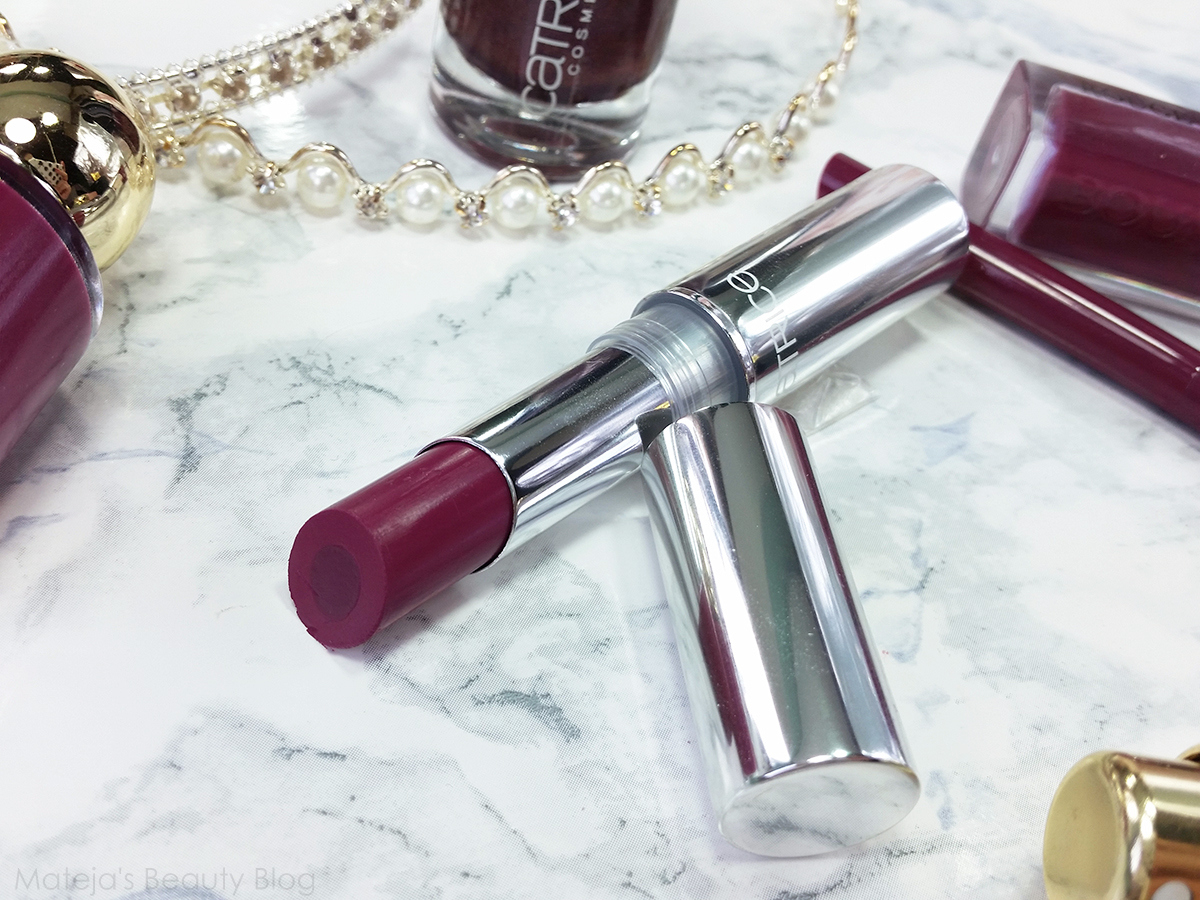 The launch of these confused me because as far as I know, Catrice already has a perfectly good line of moisturising, glossy lipsticks called Luminous Lips. Why the need for another one, I don’t know, but they utilised the idea that many had before – a lipstick with a different core. I got one of the two darkest shades in the line (there are 8 in total, my favourite is 030 Robin Rosewood, a pretty rose-mauve shade) and I must admit I had my concerns because based on my experience, glossy plus dark colour simply don’t mix all that well, but it’s actually not at all as smudgy as I expected. 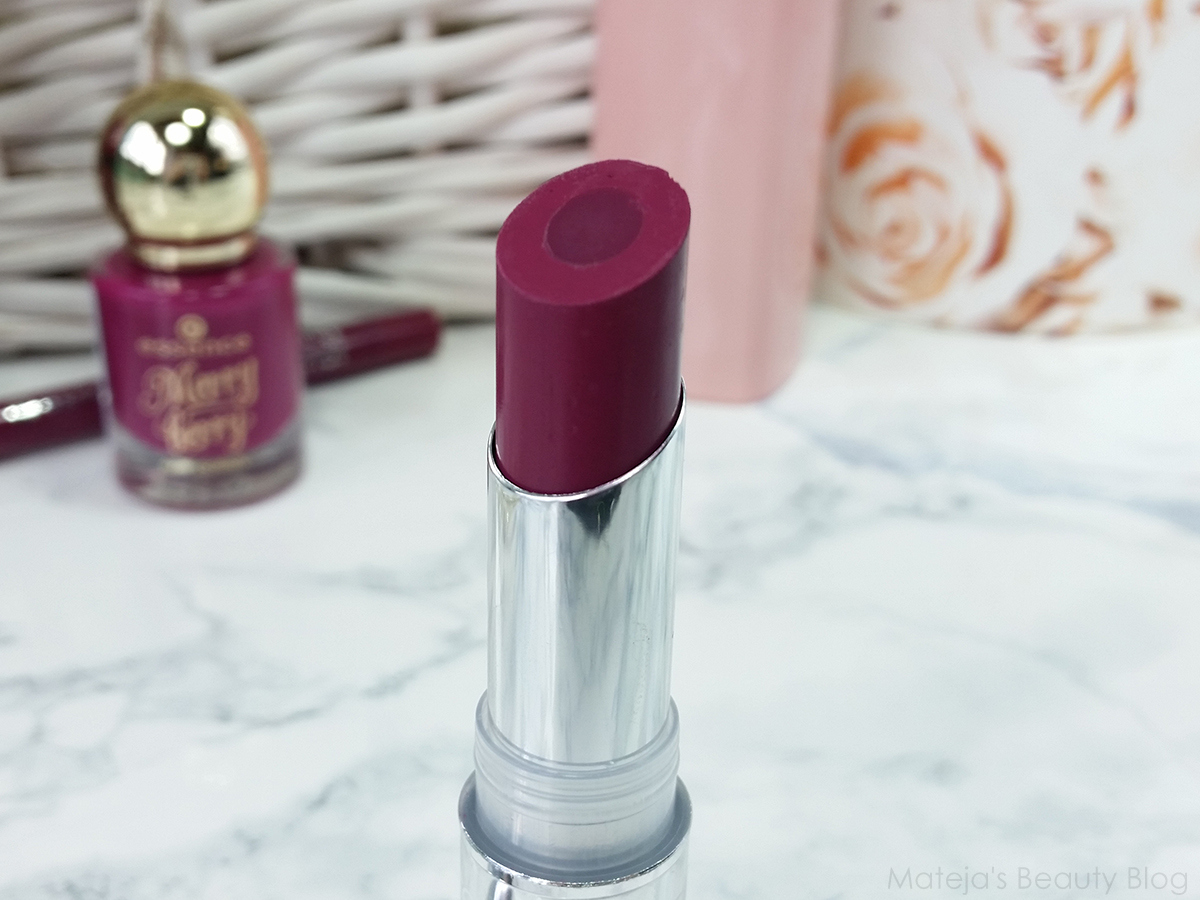 Texture: I feared that the texture would be similar to Revlon’s HD’s which are awesome, but I would never buy a bright shade in that formula. It’s not nearly as soft as I imagined it to be, it’s actually more like a satin finish lipstick with one coat, not that different from their Ultimate Stay range, though they are a bit creamier. It still has shine, though you need to build it up, but there is enough wax in it to stop it from migrating too much. At the same time, I don’t think it’s as moisturising as for example Revlon’s Ultra HD. 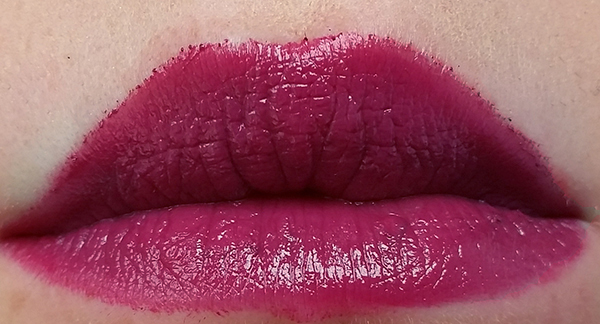 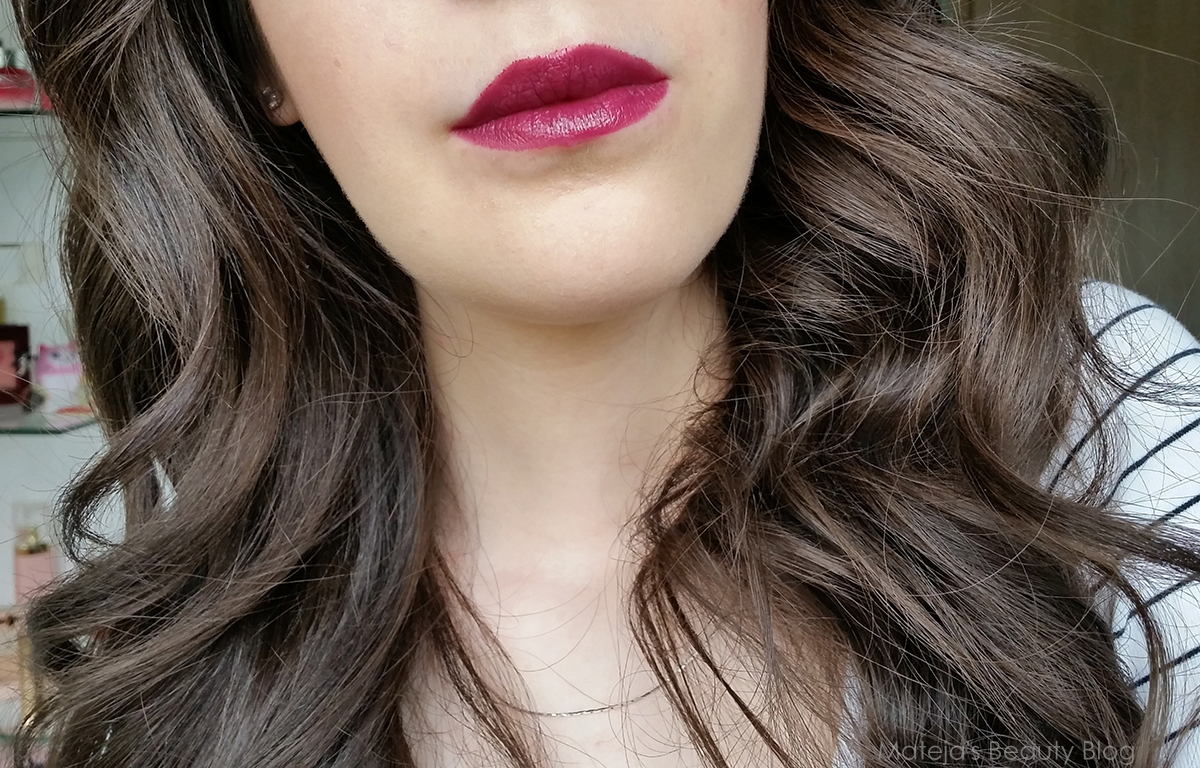 Colour: The shade is very much to my taste, a cute dark berry shade with a medium-full pay-off. I can easily apply it as a stain or build it up to a semi-opaque layer. I actually think it looks way better as a stain because it just gives a natural looking pop of colour. Closest shade I own is Bourjois’ Colour Boost in Plum Russian, but that one is a lot sheerer. 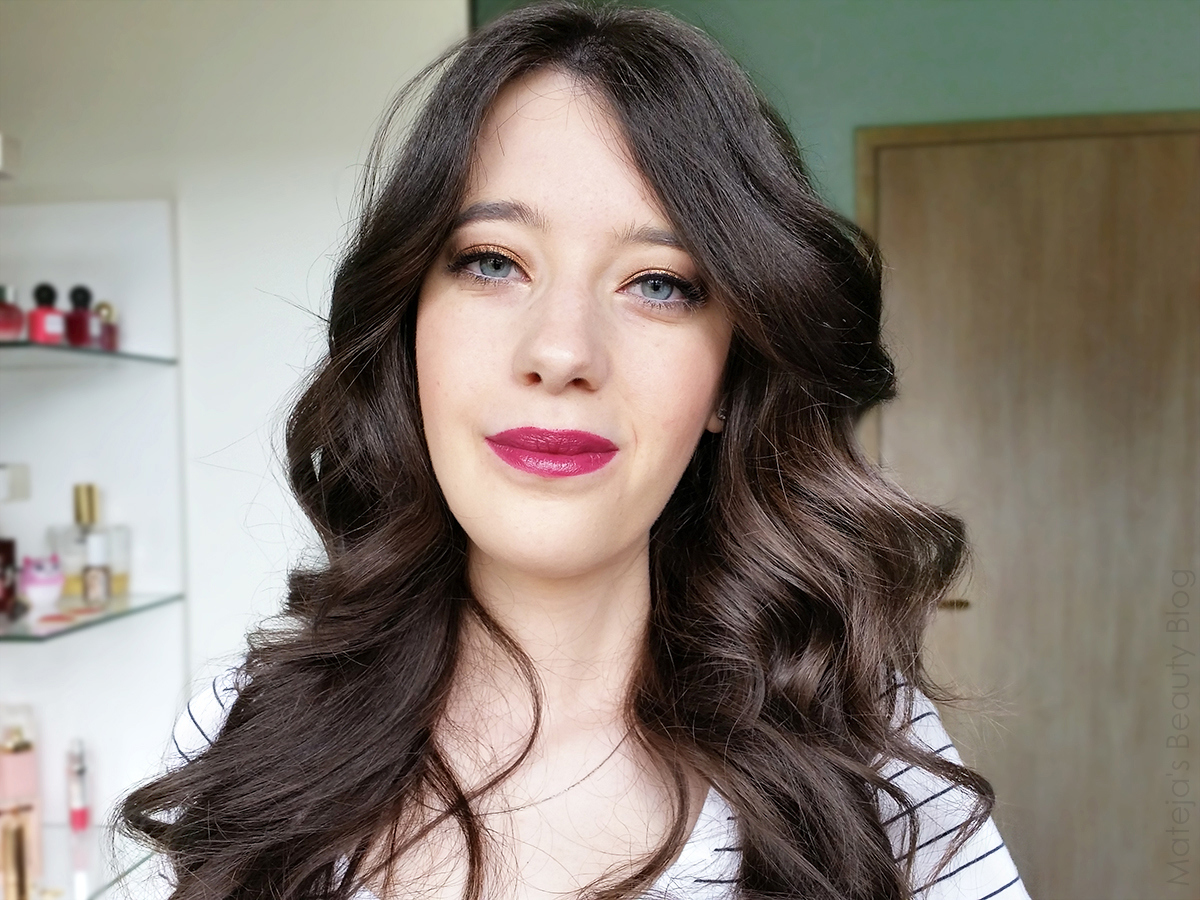 Staying power: Since it’s a creamier texture, despite the darkness of the shade, it’s not nearly as long-lasting as matte lip colours. But it manages to stay quite a decent amount of time for something that’s on the glossy side, I’d say a few hours with the glossy shine disappearing within an hour. Some of the colour survives eating, but I would reapply it at that point. 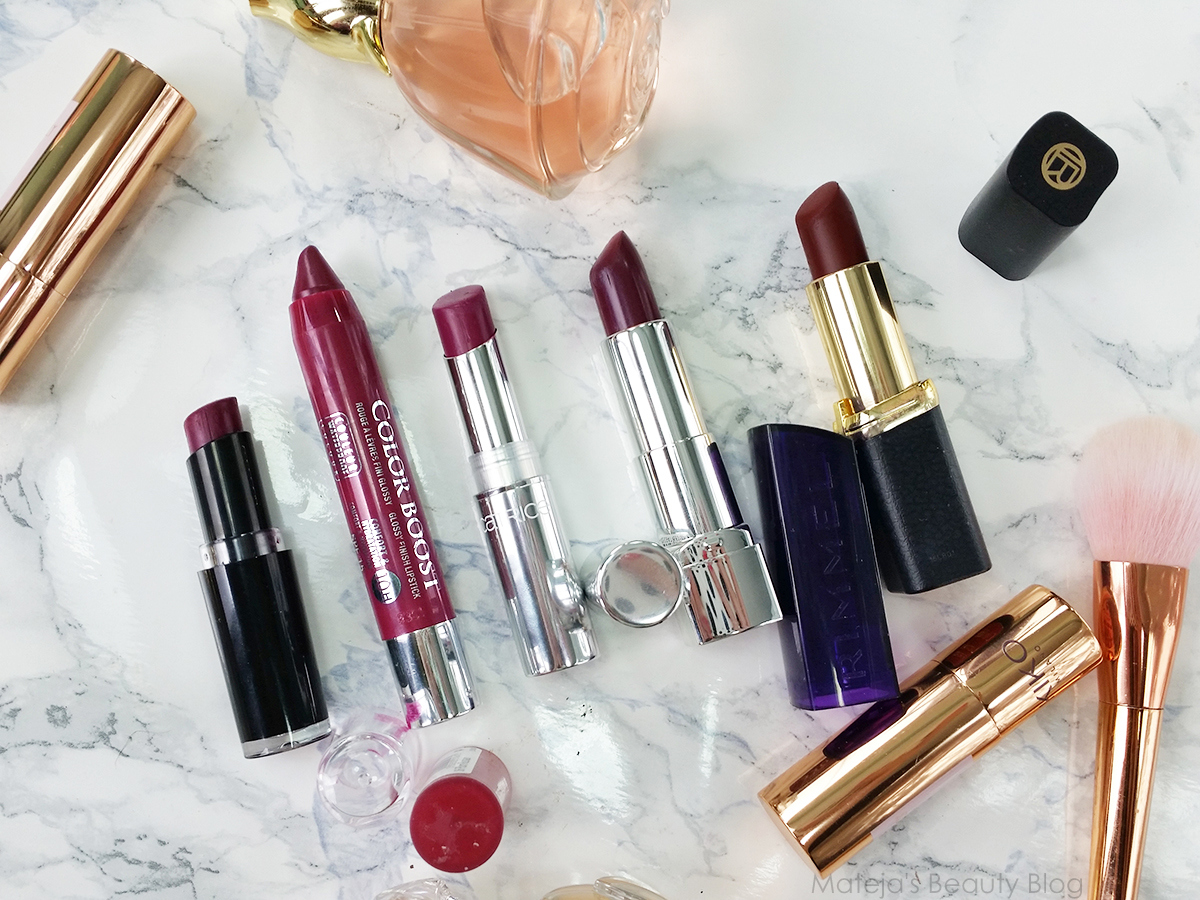 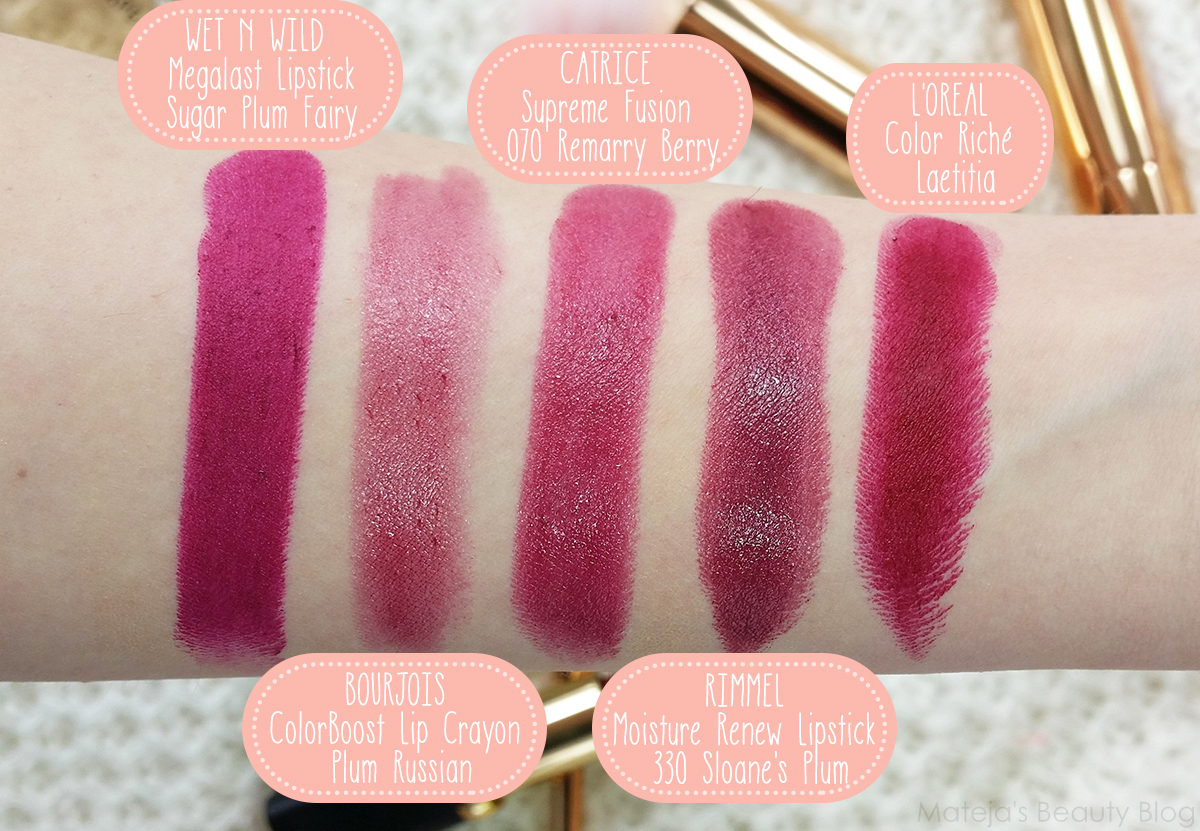 Packaging: A slim silver tube. Quite nice for an affordable drugstore brand. 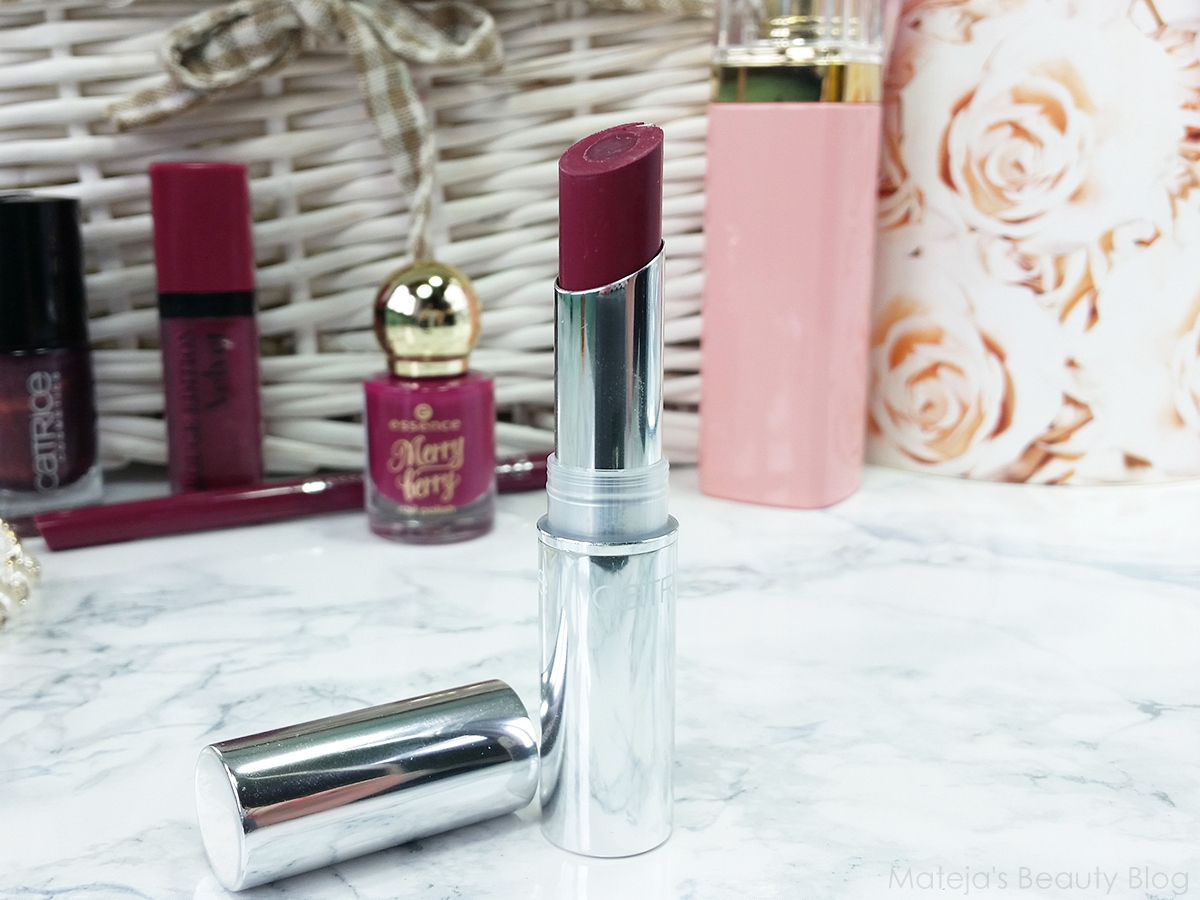 Price and availability: These are sold in Müller and possibly in DM too, I don’t know if they are only sold on 2 m stand or small ones as well. They cost 5.29 €.
Have a great day!