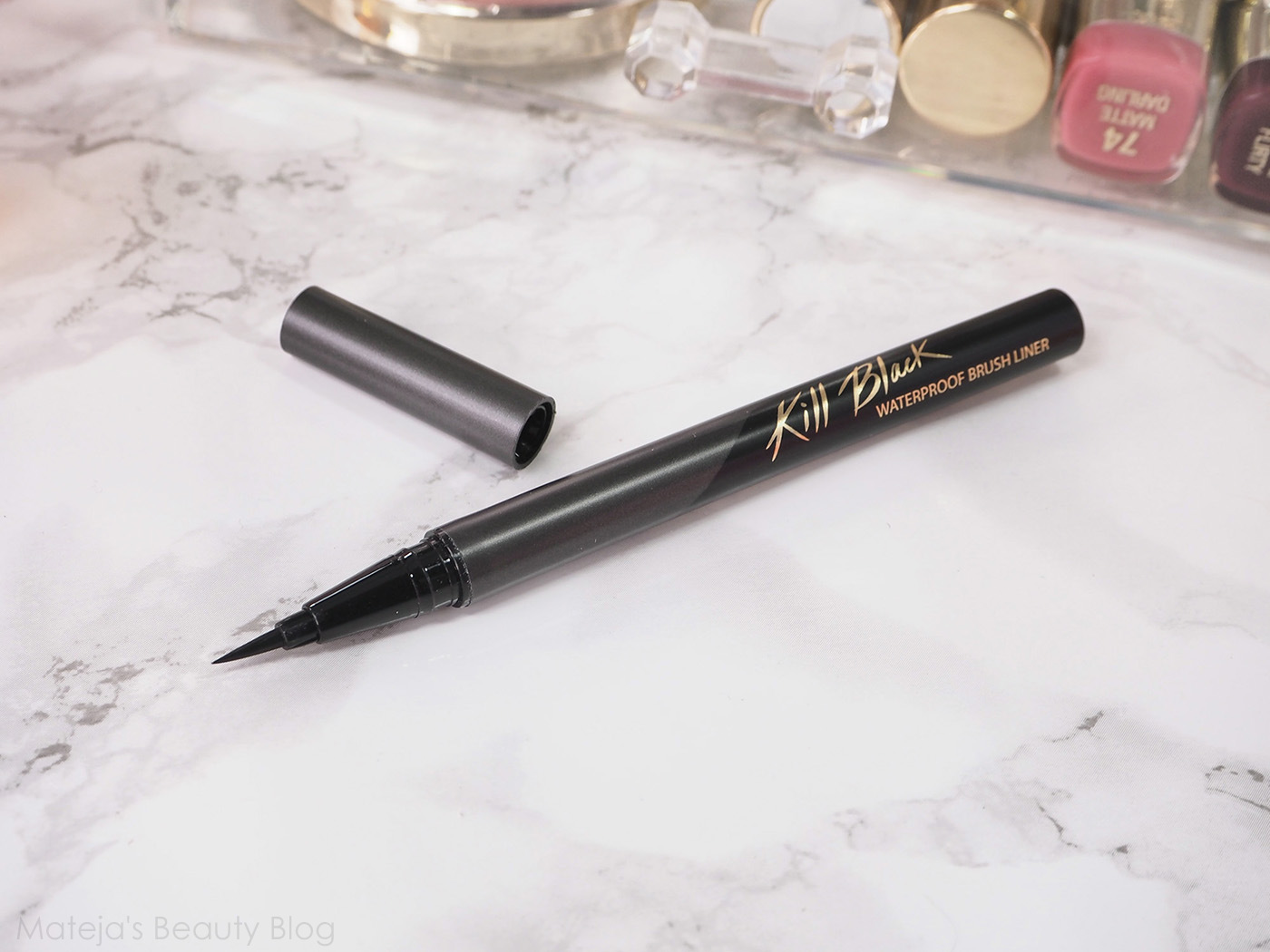 I wear liquid eyeliner daily, but none has actually impressed me so much that it would be my absolute favourite which I wouldn’t swap for another, so I keep trying new ones. This one came highly recommended by my two favourite bloggers, Petra and Nadja, so I my expectations were high and I really hoped this will be my favourite eyeliner ever. However, the first use really let me down and I used it on completely bare skin, so it really surprised me when in the middle of the process, it just dried up. I’m not saying it’s a bad liner, but let’s just say we had issues. 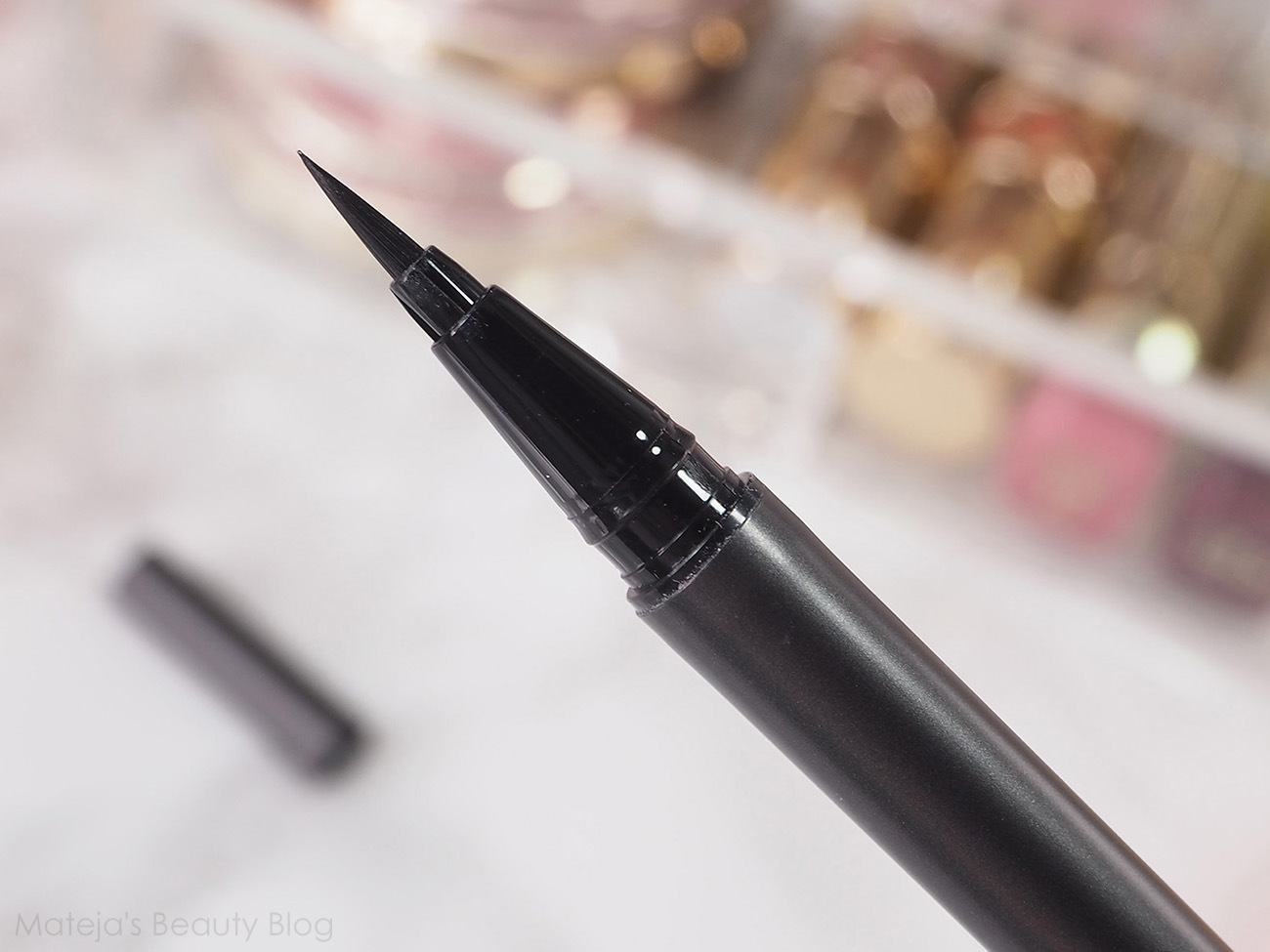 The applicator is the perfect shape and material for my needs. It’s capable of being very precise and it’s easy to use, so this is my perfect applicator. However, I can’t utilise it fully because of the formula. While it’s very black and pigmented, the whole thing just dries out as soon as I start with more precise work or I start on a flick and all I get is some dried up smudges. I then need to revive the eyeliner by drawing on the back of my hand to get enough of the product back on the applicator and then it works perfectly again. As you can see I managed to create a really nice flick with it, so it’s doable, it just takes more time. When it was new, it got dry after every few strokes, then it got a bit better with frequent use, but it’s still impossible to draw both the line and flick in one go. To save myself the trouble I started just lining my lash line with no flick. I had a similar experience with ArtDeco eyeliner which after months suddenly started working normally, so I hoped the same would happen with this one. I used Clio’s every day for two months waiting for it to have a similar epiphany, but I gave up then because it just so much hassle reviving it so often and got a Maybelline one instead. 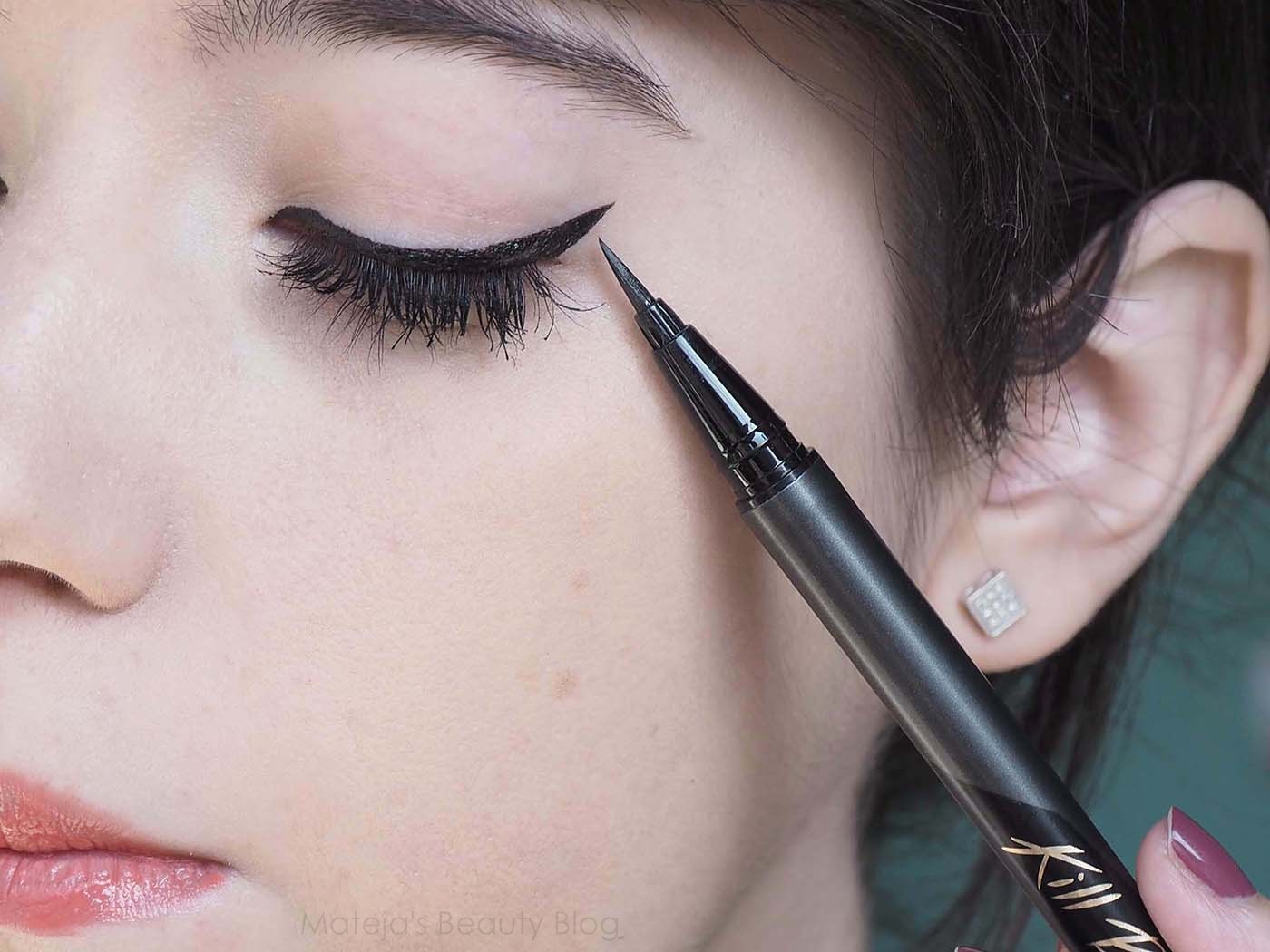 It lasts well, pretty much all day on my normal eyelids. So far I haven’t experienced any transfer in my crease, but it’s not completely waterproof because tears remove it, at least in the inner corners. 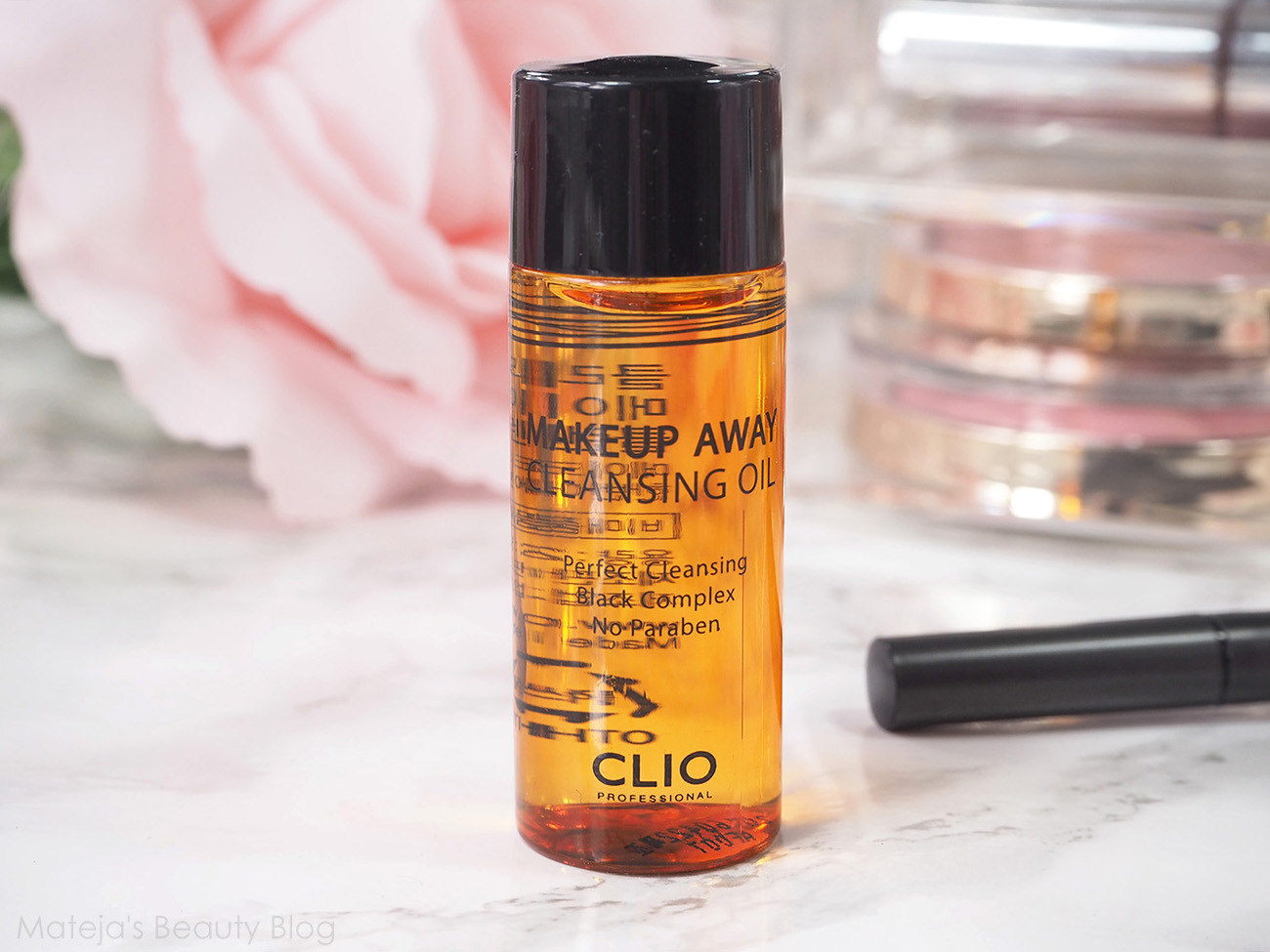 I bought mine on eBay for $10.06. You also get a cleansing oil with it, which works fine, but it’s nothing special. I still prefer L’Oreal’s Superstar despite the bigger applicator which makes it less appropriate for more thin lines, but I really just expected more from Clio one. I don’t know why it just dries out, whether the problem is my skin (maybe I’m the ultimate eyeliner destroyer. Artdeco eyeliner still puzzles me) or is it that it just dries in contact with air. It’s not a bad liner and I used it daily, I just need to revive if a few times during application and I hoped for something less fickle to use. Based on reviews I read, I’m the only one who had such an issue, so it’s very likely that either I’m the problem or I got a strange one and you can see on the upper picture how well it can perform, so don’t be afraid to give it a try. Clio also has a felt tip version and maybe that one would work better for me.
Have a great day!