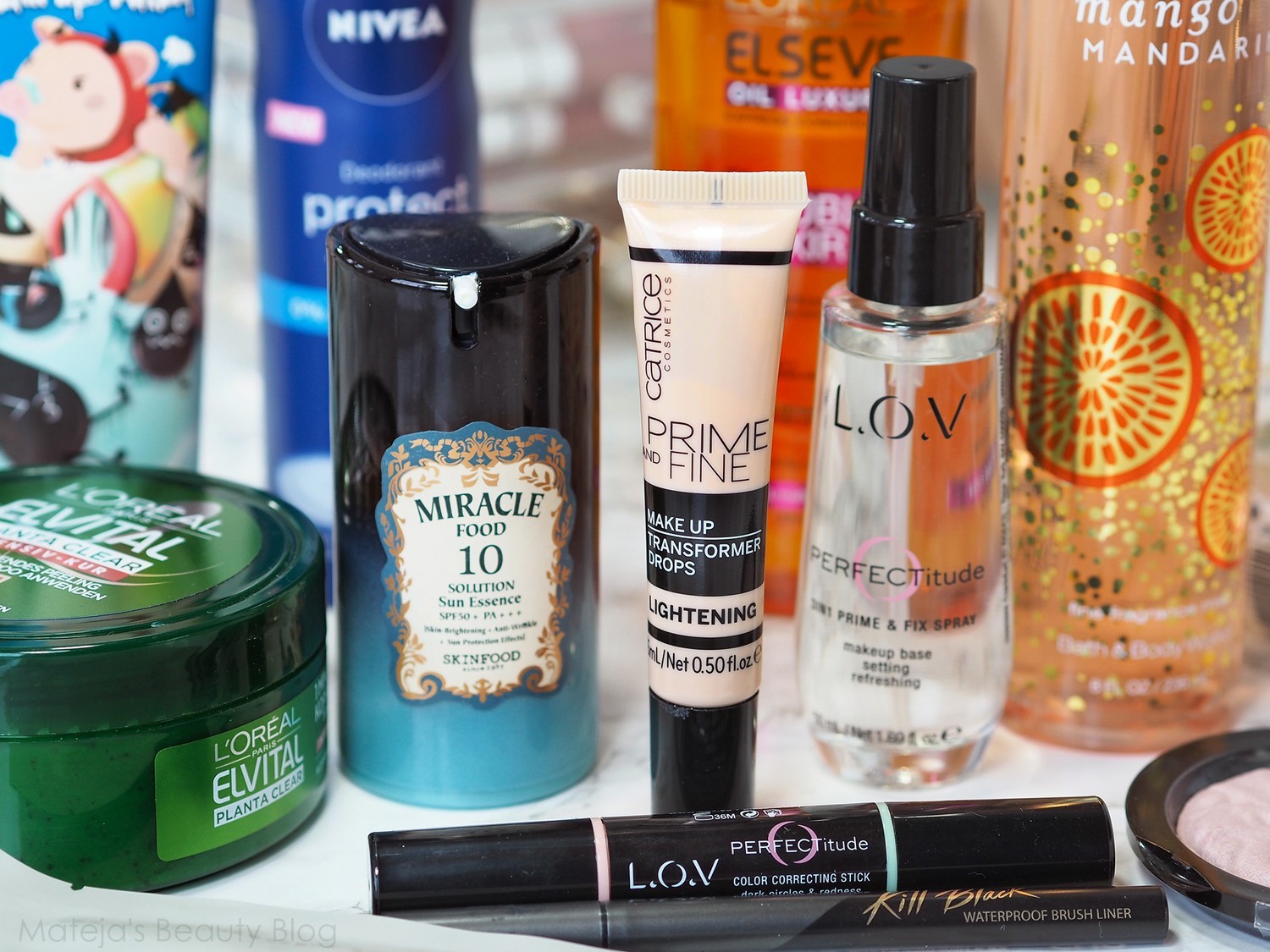 I posted one of these in January and it included all the disappointments of 2016, but here we are in the first part of 2017 and I already have a ton more. Again I won’t write which one I bought and which one was given to me because it doesn’t matter (it’s 50:50 for those who want to know), but please read all these disappointments posts critically. You’re smart enough to recognise this is just one opinion. When I criticise a product, I emphasise it didn’t work for me and most products are not bad, they could still work for a different type of either skin/hair or personal preference.
MAKEUP 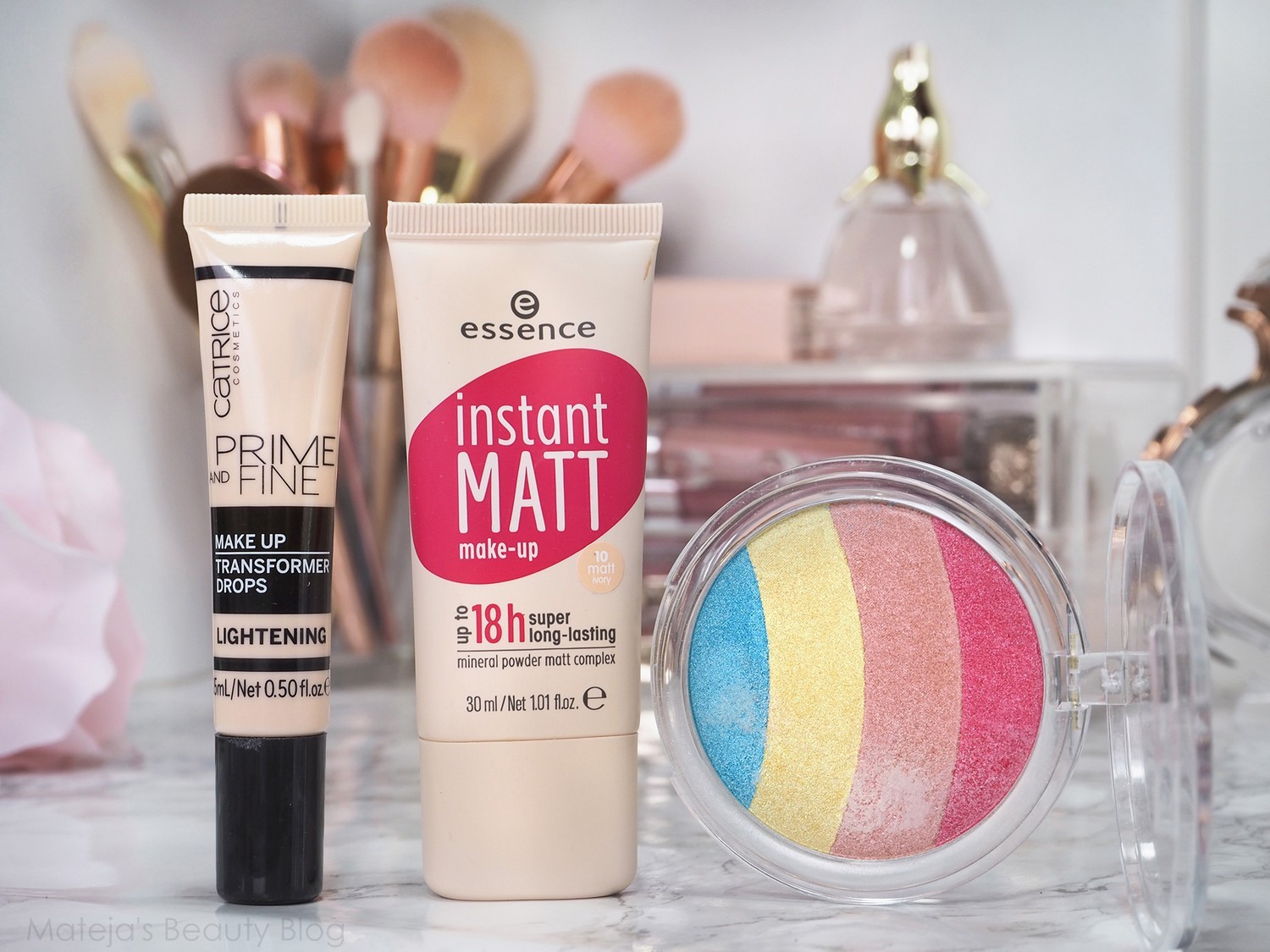 CATRICE Prime & Fine Make Up Transformer Drops
Lightening
Main problem: Catrice forgot to check what pale means.
So much potential, but unfortunately this has so many faults. For one it’s not actually light enough. Catrice underestimated just how pale skin tones exist and this lightener is already almost a foundation shade for some of us (it’s the same as Nars’ Chantilly and it’s yellow toned). You can’t lighten enough with something in a shade that’s almost like the shade you want to get to. You need to add of the product to the foundation, not just because of the colour, but on top of that it’s not even pigmented enough. The “drops” are a bit greasy, so they mess up the texture of the foundation, but its biggest fault is that they destroy the staying power of foundations. I really appreciate the effort Catrice made, as we desperately need such a product in the drugstores, but The Body Shop’s are a lot better and Catrice should revise the formula.
ESSENCE Instant Matt foundation
Main problem: I don’t want to say it’s the worst foundation ever, but no other comes to mind.
This was just a massive fail for me. While I have combination-dry skin, matte foundations still manage to look ok on me (like the fantastic L’Oreal Infallible Matte), but this is just a tragedy on the face. It’s got a dry, somewhat mousse-y texture that’s very thick and hard to blend. It’s a very obvious and fake foundation, which also flaked on me. The coverage itself is good, about a medium-full, it lasts all day and it is actually waterproof, but it’s just so odd on the skin. The lightest shade is also very dark and orange.
ESSENCE Prismatic Rainbow Glow Highlighter
10 Be a Unicorn
Main problem: not rainbow-ey enough.
Putting my dislike for rainbow trend aside, I still find this unimpressive. It’s not that it’s a bad highlighter, it’s just if you’re doing a rainbow highlighter, why include just four colours in stripes that are too wide to apply for a nice rainbow effect? The rainbow look was the whole point of the trend, right? I’m sure Essence just always intended for it to be mixed, but this way it loses some of its appeal for those who wanted a budget rainbow effect. It’s also not a highlighter for those who really love a glow as it’s fairly subtle, noticeable, but nothing special and I’d prefer it if the shimmer were more fine. 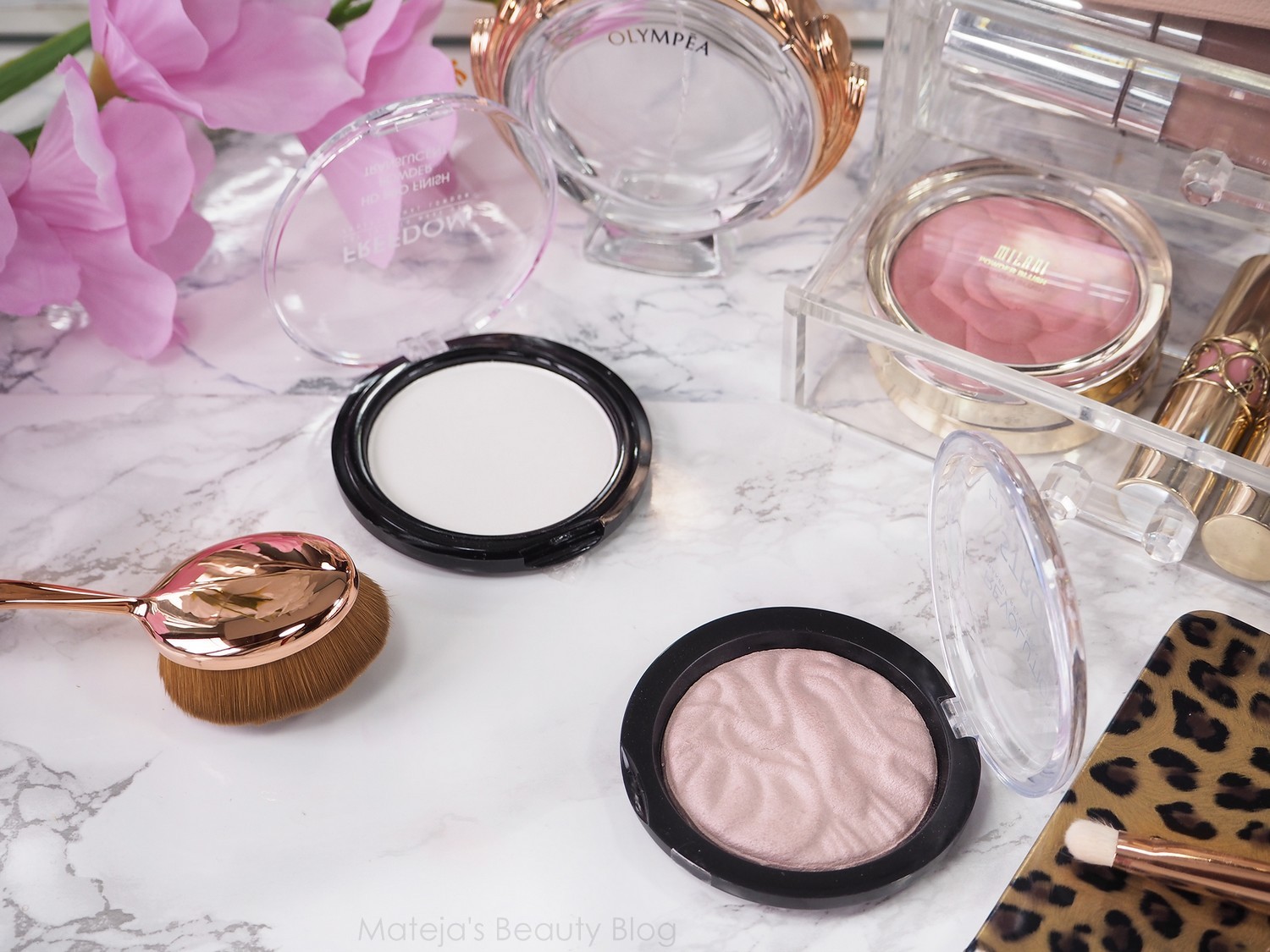 MAKEUP REVOLUTION Strobe Highlighter
Moon Glow Lights
Main problem: Where’s the glow, man?
This swatched so beautifully and I was very excited to try it because I love a natural, more subtle glow. But this does nothing on the skin. I used it with every face brush and some thick, dense eye brushes, but it just doesn’t show up. I tried it as a glowy setting powder, but it’s again disappointing. So much potential, but it fails for me. Based on reviews I think other shades are ok.
FREEDOM HD Pro Finish Powder Translucent
Main problem: My face is not a chalkboard.
I’m not a fan of powders in general, but this was an especially strange one. It’s too loose for a pressed powder and it’s chalky, so it ends up a bit white on the face. It should more silky. 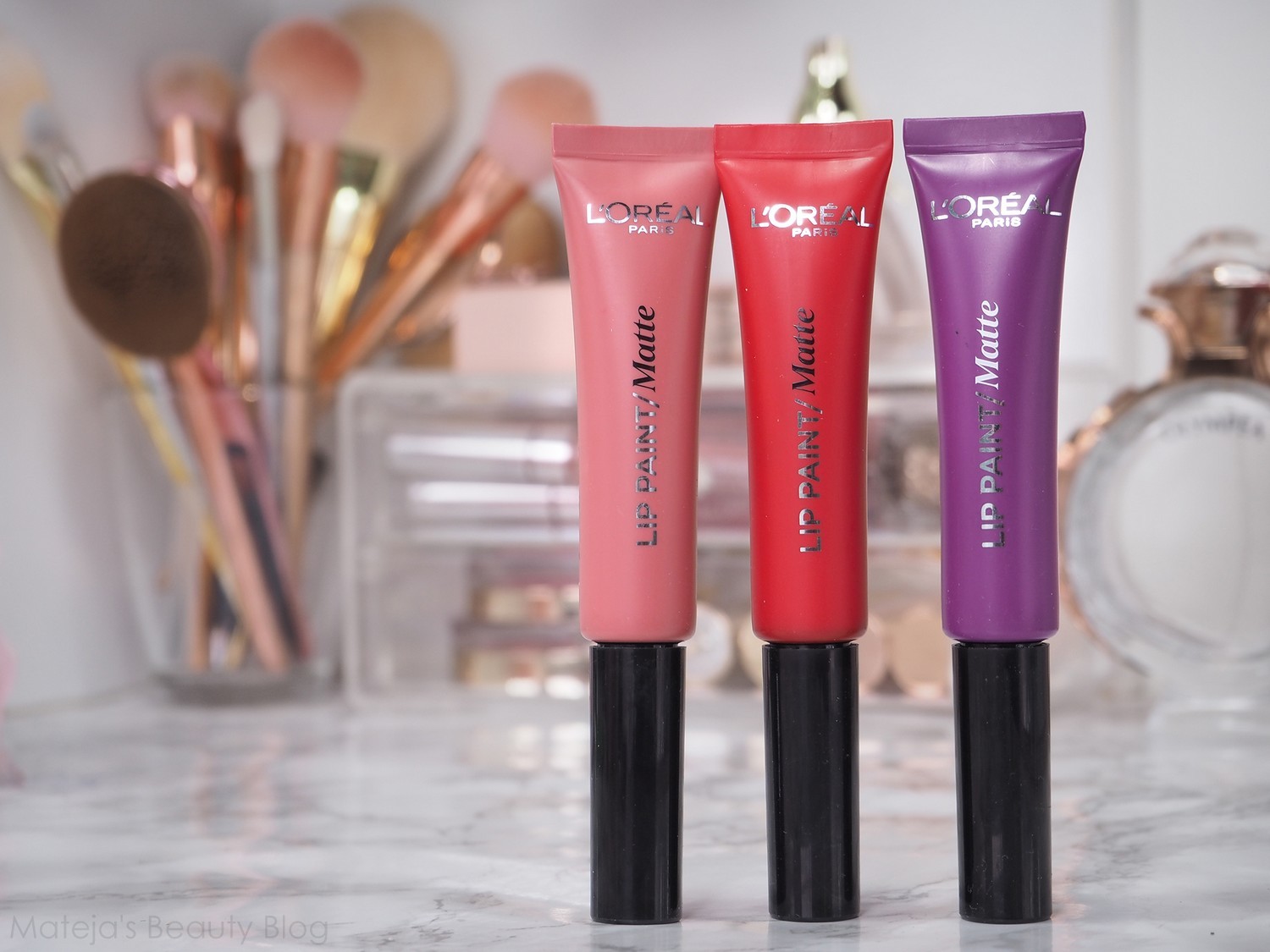 L’OREAL Lip Paint Matte
Main problem: Can you just not use matte in the name if it’s not matte? Signed: Everyone
These aren’t bad at all, but to a matte finish lover like me they are disappointing. You don’t get an M of matte finish, instead you get a comfortable liquid lipstick with a creamy shine that never sets and it transfers. All shades have a mousse formula which isn’t as pigmented as their Lacquers, so two layers are needed. 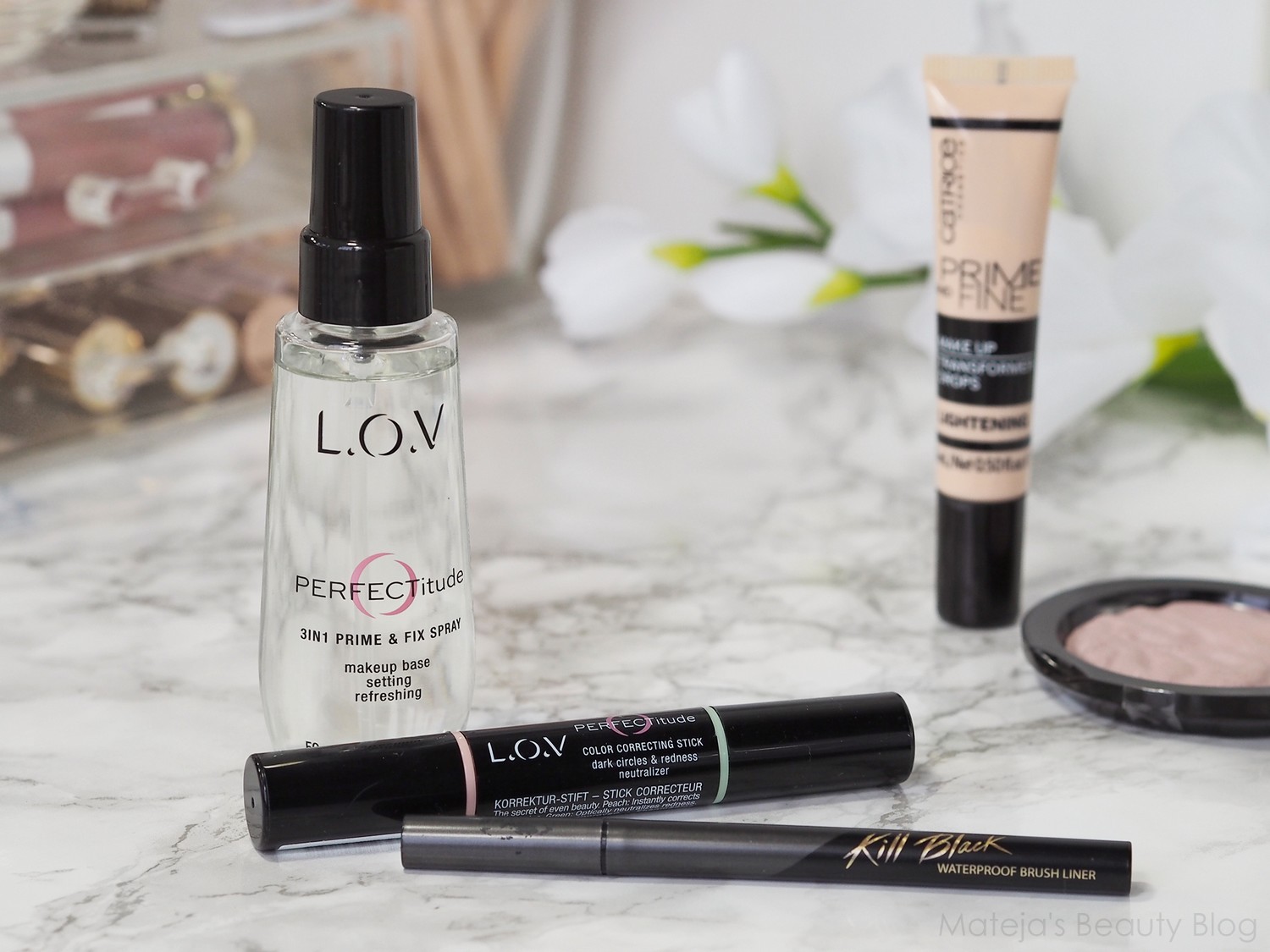 CLIO Waterproof Brush Liner
Kill Black
Main problem: One stroke done and bam – it’s dry.
Though this is completely useful, it lasts well on the lids and I love the shape of the applicator, it’s the application that’s just such a hassle. Even when I’m at the first eye, it simply dries up and then I need to revive it on the back of my hand, so I can draw the entire line. But here’t the rub: I never heard anyone having this problem, so either mine is defective or I’m defective. After two months of everyday use, waiting for it to start working normally, I gave up and bought eyeliners from other brands.
L.O.V. COSMETICS PERFECTitude Colour Correcting Stick
010  Even After
Main problem: So many problems. So many
This is just basically useless. The pigmentation is very weak and it just doesn’t work at colour correction. The formula is also greasy it doesn’t stick well to once place, so all you do is shift the product when you’re applying it.
L.O.V. COSMETICS 3IN1 Prime & Fix Spray
Main problem: Prime? Nope. Fix? Na-ah. Shine? Check – Level: brighter than my future.
I wouldn’t call this a bad product, just not well named and not really for me. It’s not a prime or fix spray as it does neither of these things, but it adds a ton of radiance to the skin. So much in fact, only those with dry skin will love it, or those who are looking for that extra dewy finish, but it can already look oily.
SKINCARE 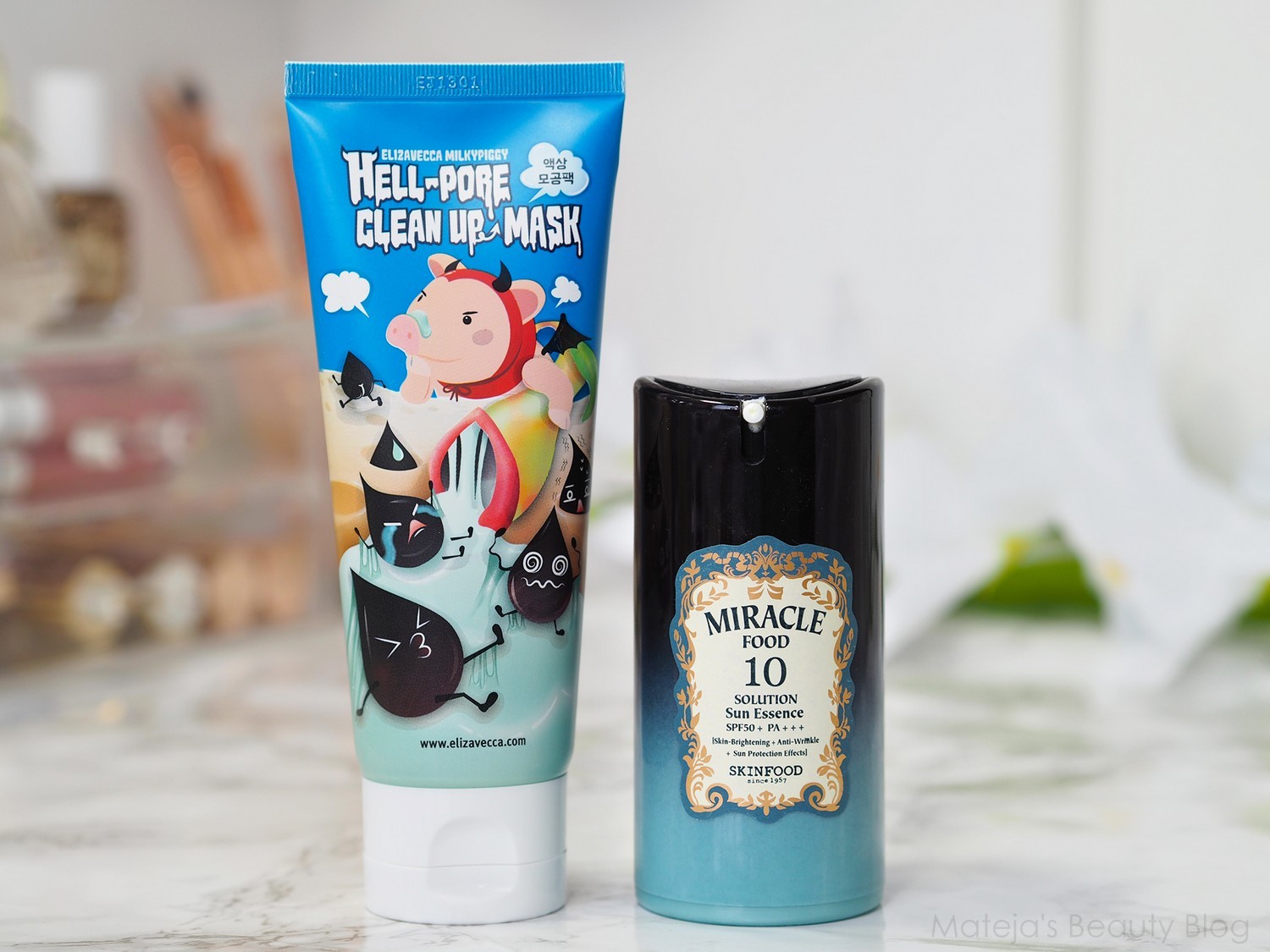 ELIZAVECCA Milky Piggy Hell Pore Clean Up Mask
Main problem: The dirt stays in the pores.
It’s too weak and doesn’t pull much from the pores. It’s an interesting product and fun to use, but Biore strips are a lot more effective.
SKINFOOD Miracle Food 10 Solution Sun Essence SPF50+ PA+++
Main problem: Just about everything people hate about sunscreens.
I really wanted to love this, but after three weeks of using this every day, I just don’t want it on my face anymore. It’s so annoyingly greasy and I can feel it on my face. I even started to use a mattifying powder because it’s so damn shiny and I almost never use powder. I ordered Biore, but how knows when that’ll arrive. On a plus side, it doesn’t irritate my eyes like Sun Dance’s does, there is no white cast at all and it really protects well from the sun because despite spending hours in the sun, I didn’t get burned, neither tan. 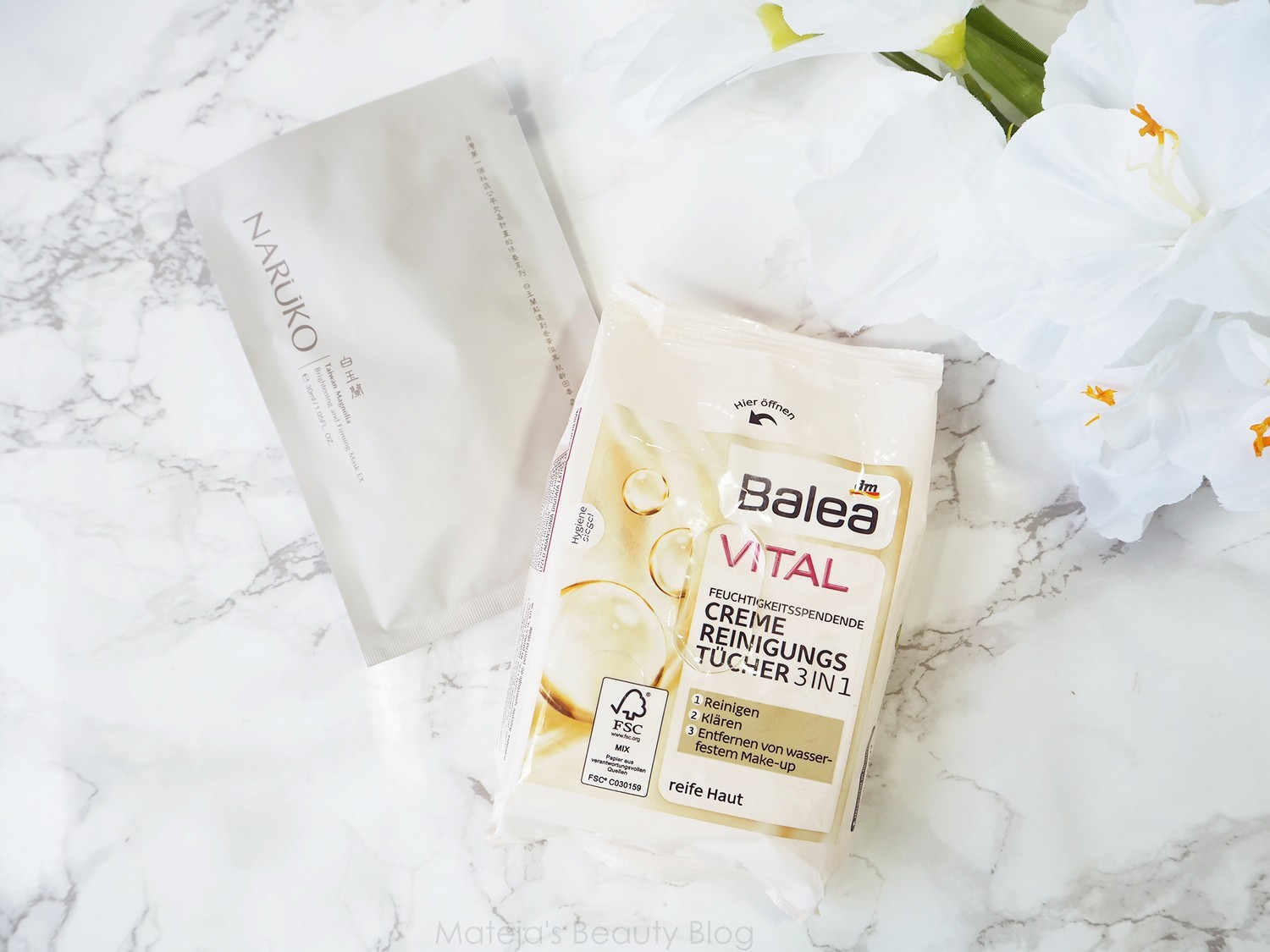 BALEA Vital Creme Reinigungs Tücher 3 in 1
Main problem: “Entfernen von wasserfestem Make-up” – hahaha, sure.
Although these redeemed themselves since I bought them, they still don’t do anything they promise. They barely remove regular makeup – well they don’t remove mascara and definitely don’t do anything about waterproof makeup. I bought them to remove swatches, but you need to do so much rubbing.
NARUKO Taiwan Magnolia Sheet Mask
Main problem: A drying sheet mask – now I’ve seen it all.
I never had a sheet mask that would make my skin scream for a moisturiser, but that’s exactly what happened with this one. I bought it because I heard it diminishes the look of fine lines, but this didn’t do much apart from having a very temporary brightening effect. The sheet felt comfortable, but that’s about it.
BODY 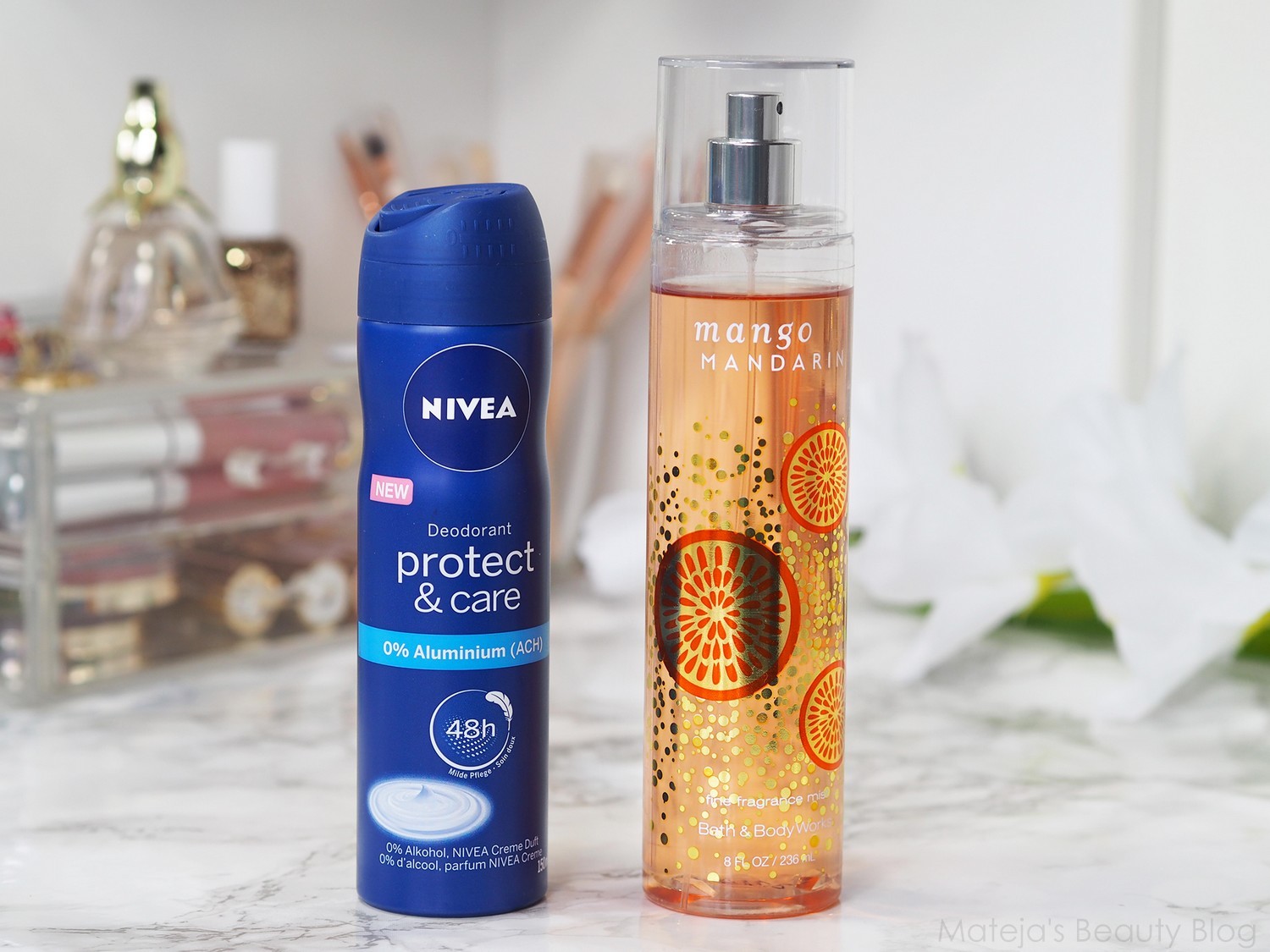 NIVEA Deodorant Protect & Care
Main problem: A can of fragranced air.
I got this because I like the classic Nivea scent, but even though I know I shouldn’t expect much from a deodorant (I mistakenly thought it’s an anti-perspirant when I bought it), it just doesn’t work for me. It doesn’t manage to keep me fresh long and yes, of course I know it won’t stop sweating, but I mean in a sense than it doesn’t keep me smelling fresh for long. Their Pearl & Beauty wins for me, but this is very disappointing.
BATH & BODY WORKS Body Mist
Mango Mandarin
Main problem: Notes include fake mandarin, mango and plastic
Of course I knew this is just a body mist with poor staying power, but still it’s just so blah. The scent is not that nice and I got it because I heard it smells like TBS Satsuma, but it’s very far away from that. There is mandarin, but it’s not as bright juicy and zesty, instead it’s artificial. The mango bit is noticeable only in the first burst, then it’s drowned it a bucket of a fake mandarin juice. Staying power isn’t even worth mentioning. I use this as a room spray.
HAIR 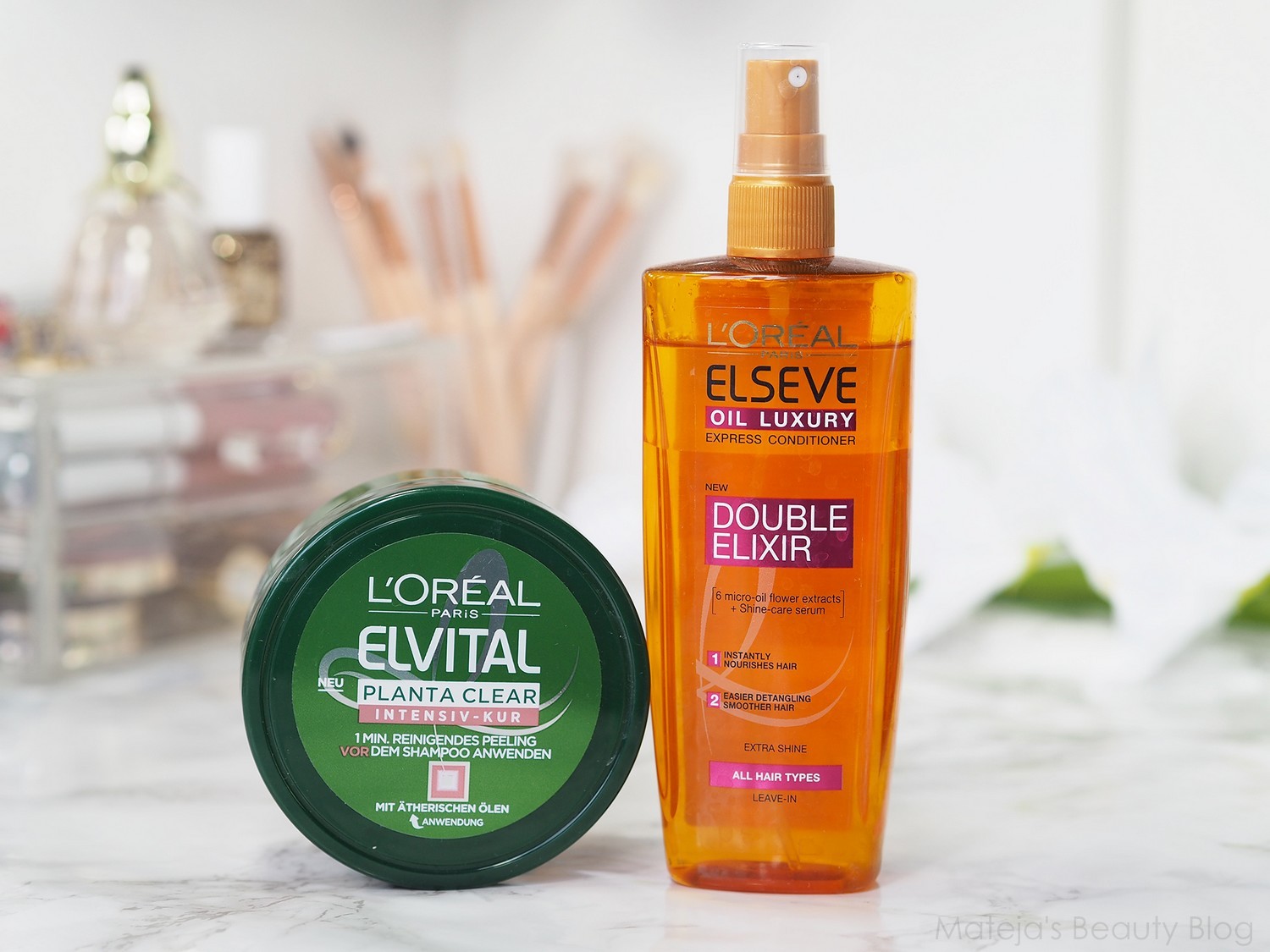 L’OREAL Elvive Phytoclear Anti-Dandruff 1 Minute Exfoliating Scrub
Main problem: No one needs this much trouble in their life. No one.
This is the worst product on this list, by far. I could have just burned the money for this, there’d be no difference. Not only that it didn’t remove the build-up on the scalp, it actually stuck to it and only added a layer of nastiness. The beads don’t even wash off despite the double wash with an anti-dandruff shampoo and felt them every time I ran my fingers though my hair. I just don’t recommend this to anyone.
L’OREAL Elseve Oil Luxury Express Conditioner Double Elixir
Main problem: Oil? What oil?
This one doesn’t do anything bad, but it also doesn’t do much. Despite being a dual-phase product with oil on top, it feels like the most basic water-based leave-in conditioner. Not at all what I hoped for and what I read from ingredients. This just goes to show just how much the percentages of ingredients are important. I think it works better on damp hair before drying, but it’s nothing special. I think it’s so light, maybe even those with hair that gets greasy fast could use it instead of a proper conditioner just on the ends, but my hair needs buckets of oil. 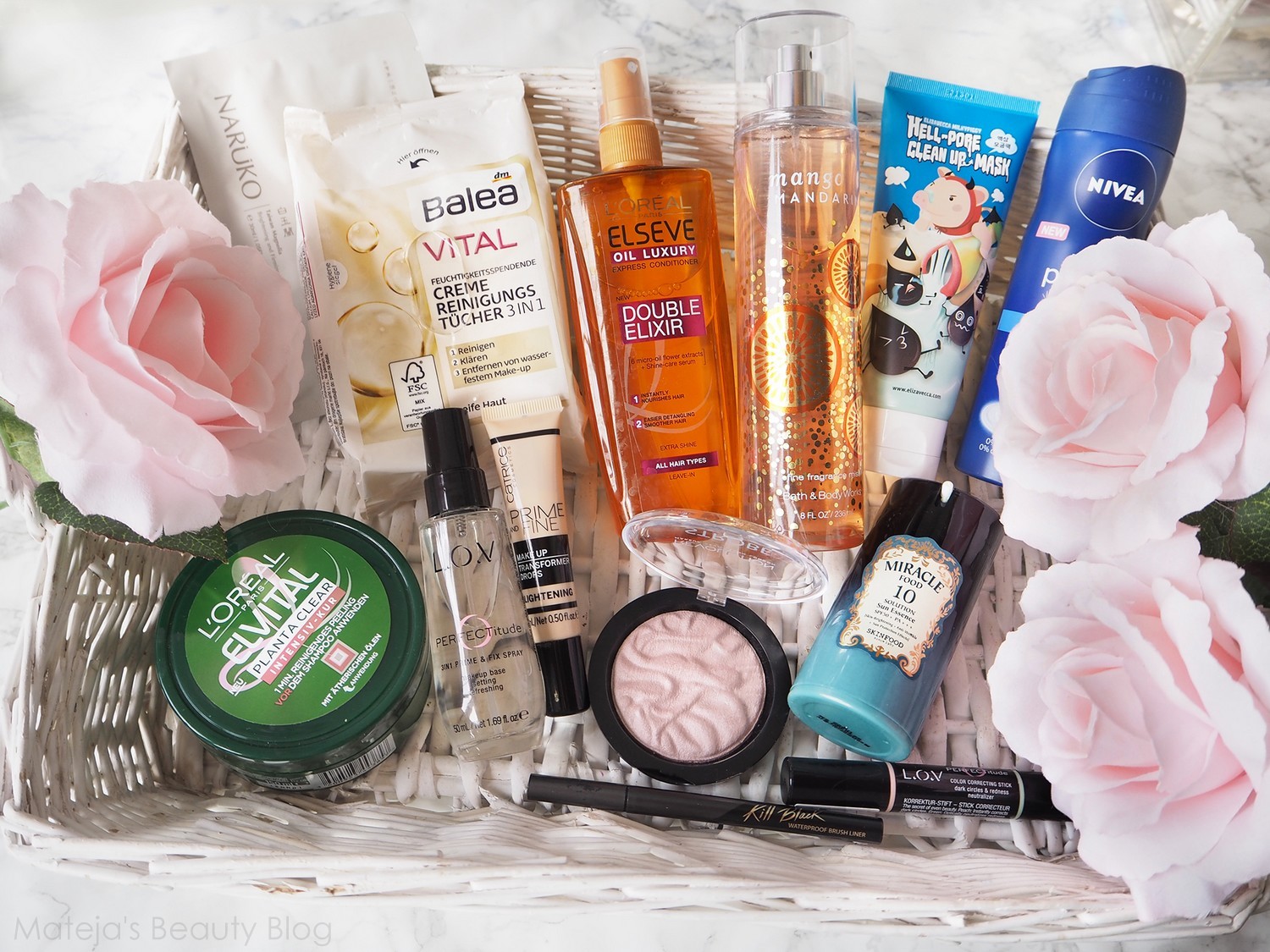 What product disappointed you recently? Have a great day!