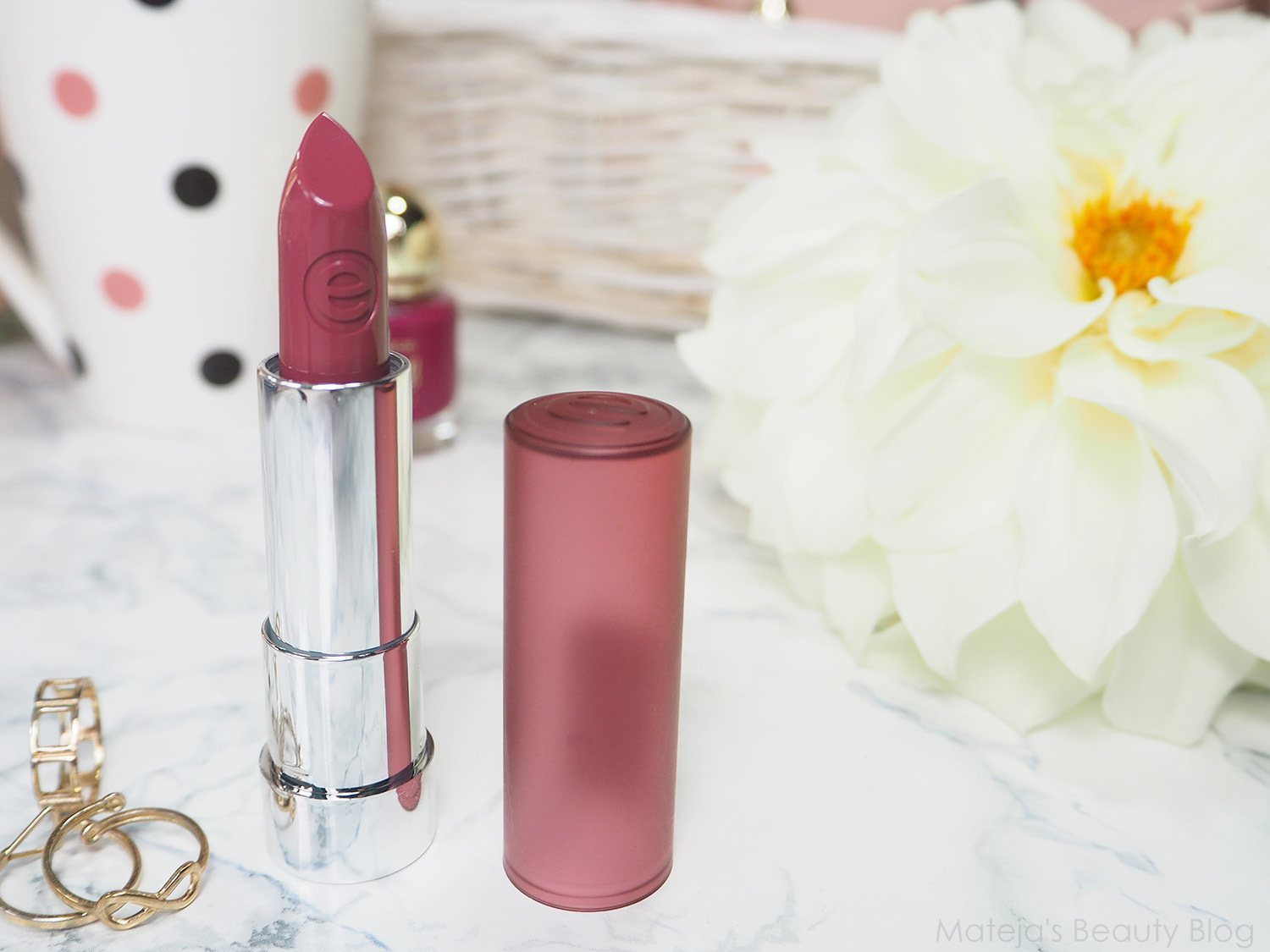 Here’s the thing about Essence lipsticks – I don’t like them very much. Actually no one I’m around is terribly happy when I try to give them one of my Essence lipsticks, mostly because of the very disappointing staying power (I got scolded for giving someone an Essence lipstick that “doesn’t last more than 15 minutes on the lips”). So I made it my mission to avoid them since I know in advance I’d be disappointed. Even though Essence released a matte version of their formula, which is my kryptonite, I didn’t want to risk those few euros. However, when one of my favourite bloggers, Sara from Passing Fancy a.k.a. the lipstick expert, not just praised them, but also named a few MAC dupes, I decided to give one shade a shot. And I disliked it from the start. The colour looked nothing like I hoped, the formula was sheer and staying power was again disappointing. But what I realized a couple of months later when I picked it up again was that the top layer is very deceiving and the real character is revealed when you used it up enough to get to the good stuff. 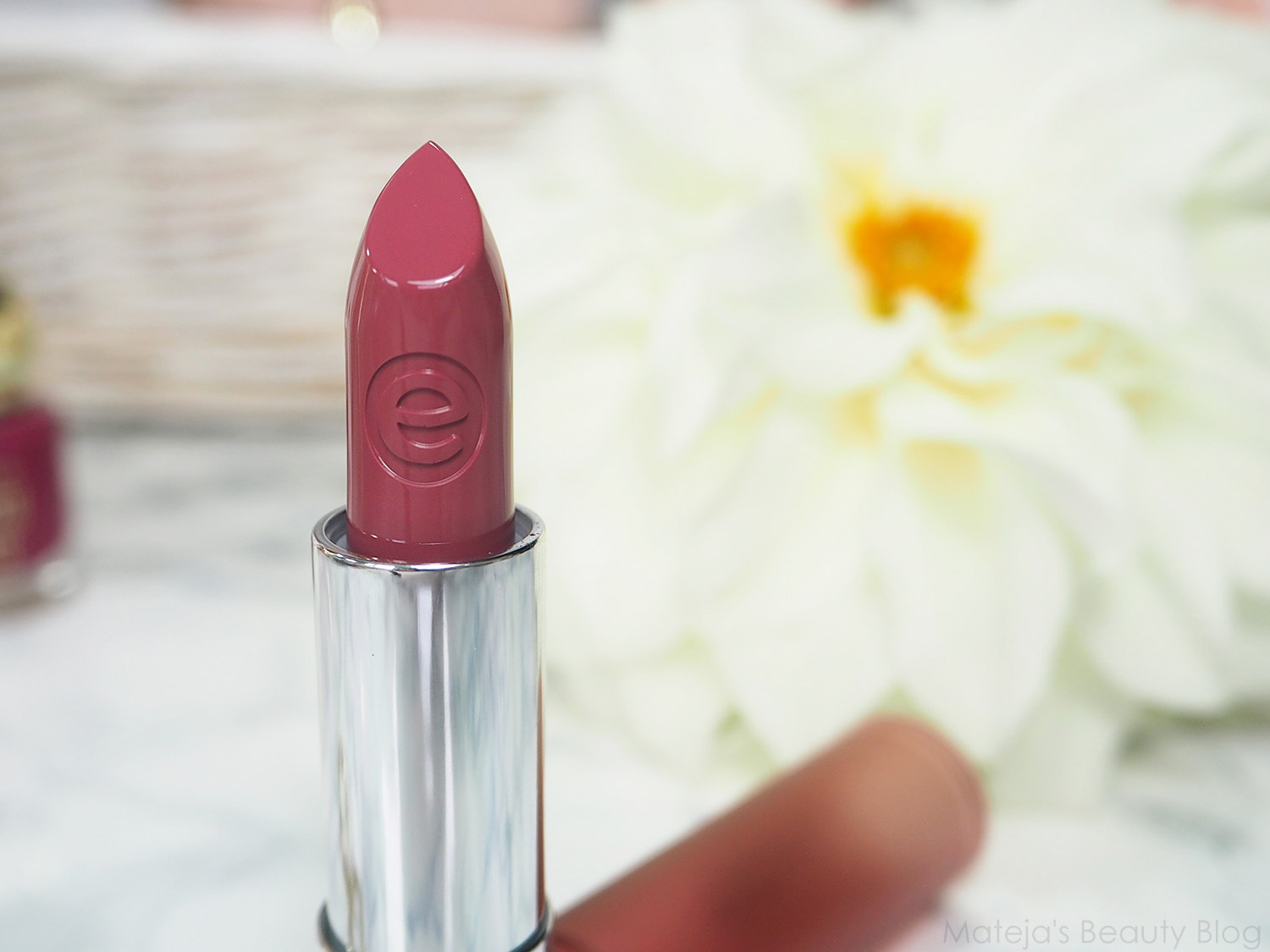 Texture: These have a very smooth, silicone-y texture which reminds me of Revlon’s Matte Balm’s, just those are a bit thicker. It’s a very lightweight formula for a matte lipsticks, so don’t expect any care from it, though I feel zero dryness, but you know I’m a bad example, since almost nothing dries my lips. I love how smooth it looks on the lips and it has a good matte finish for a lipstick, it’s actually very close to Milani’s Moisture Matte lipsticks in terms of finish, which is my favourite. First uses were a disappointment. It was sheer with one coat and for some reason, I got the colour only on the edges of my lips, so I needed to apply several coats to get a decent level of coverage and an opaque colour pay-off. Now that the top layer is gone, I still need a coat more than at other lipsticks, but it’s much better and completely even on the lips. 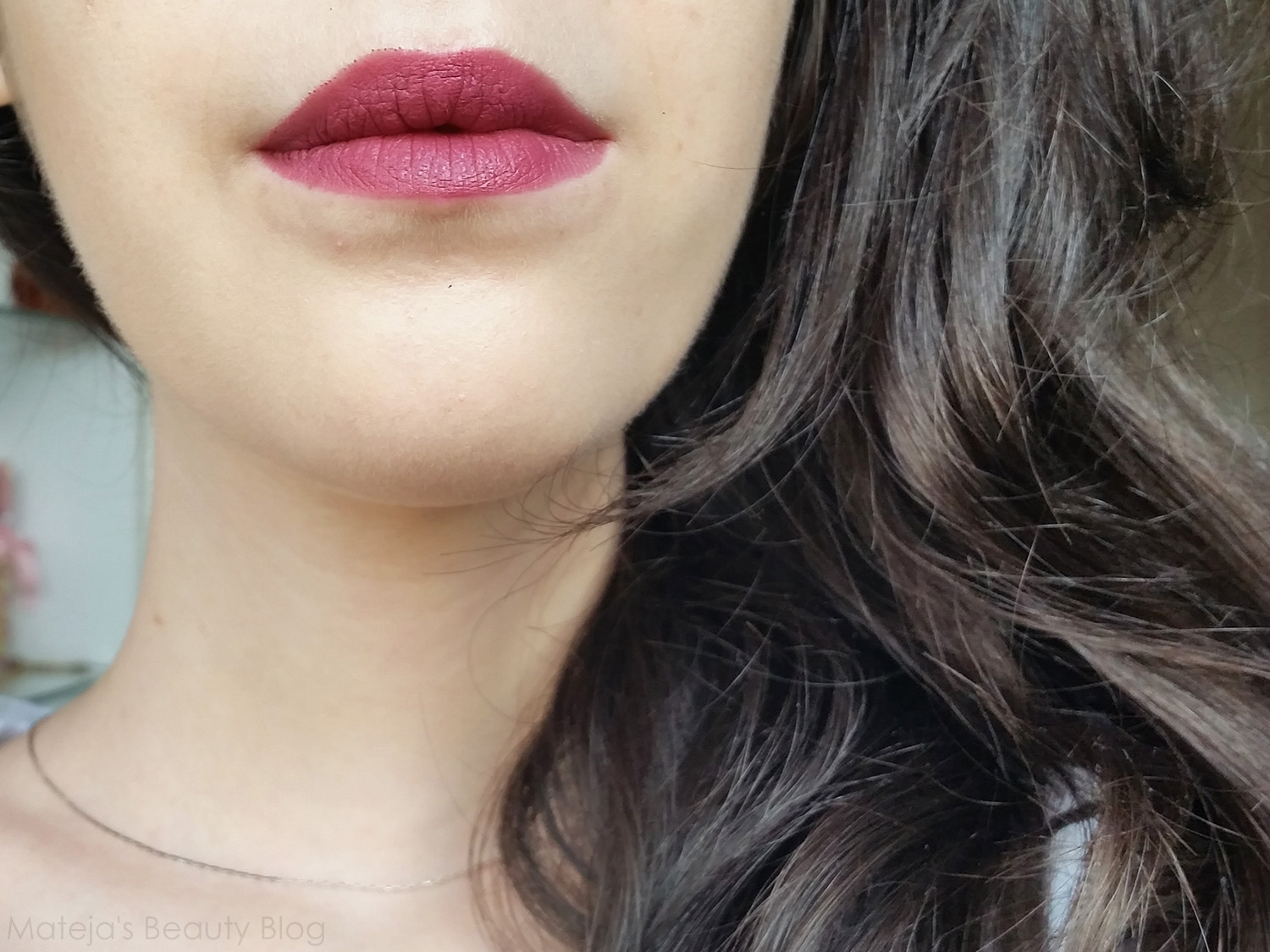 Colour: I got this shade because Sara said it’s similar to Mac’s Mehr. I already got Golden Rose Velvet 12, which is also an allegedly very close to Mehr, but Essence’s and GR’s are completely different. Wow Effect is a medium muted rosy-light berry shade. I have no dupes for this and it’s the least peachy-warm shade in my muted rosy collection of shades. It’s a very wearable colour that I needed some time to warm up to, but I like it now. It’s the type of shade that I think might look more greyish on darker and warmer skin tones than mine, so I really suggest you check more swatches. 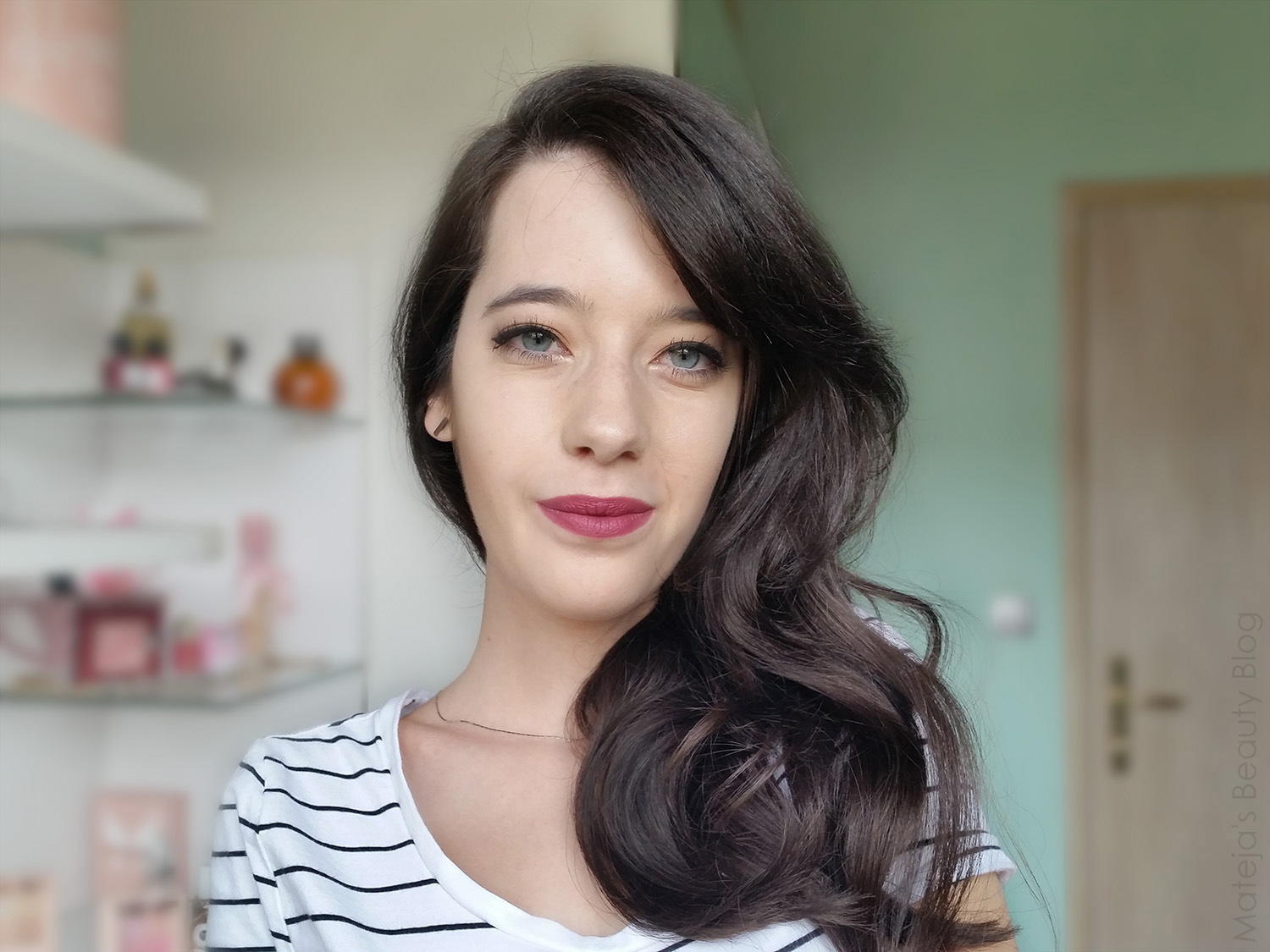 Staying Power: This is where is fails in my eyes. While it is a definite improvement from the Longlasting lipsticks a.k.a. the “fifteen minute lippies”, this manages to hold on maybe a couple of hours and that’s even if you don’t eat or drink (which wipe it off almost completely or make it patchy). But what bothers me most is that most of the time, though not all the time, it fades unevenly and it’s just not a good look. 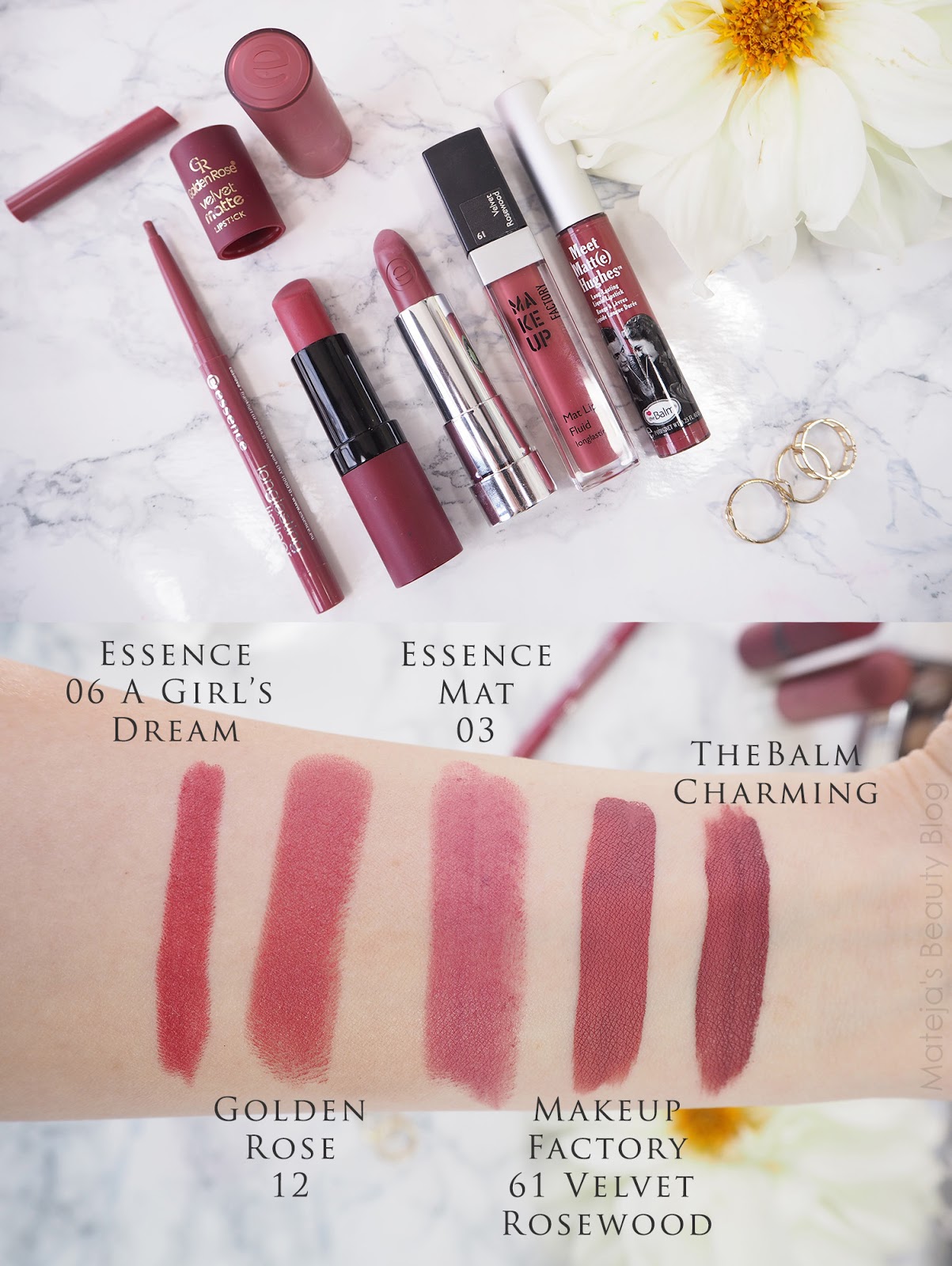 Scent: These have a vanilla-berry type of scent that some of Essence’s limited edition products have, but it’s more gentle 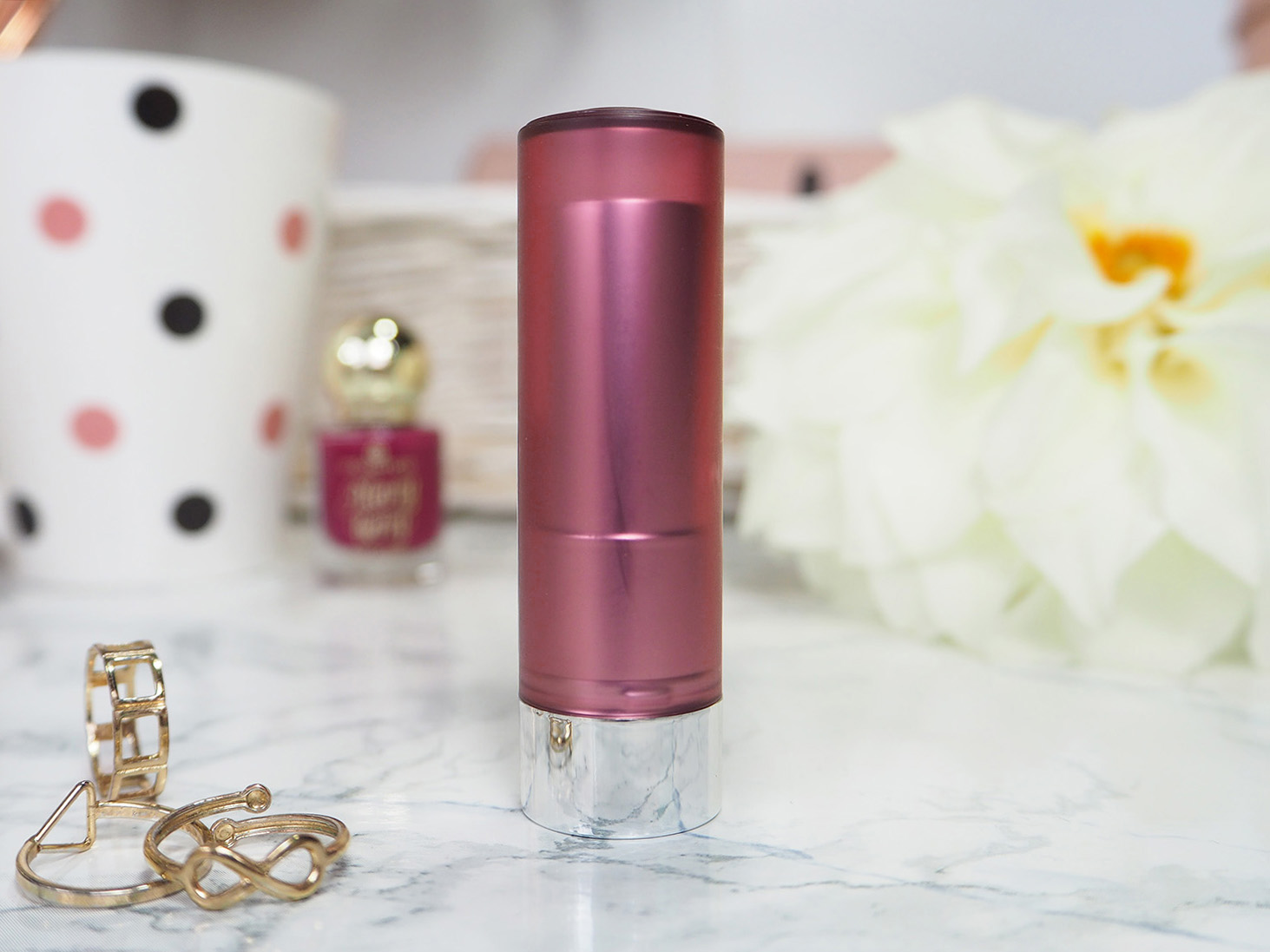 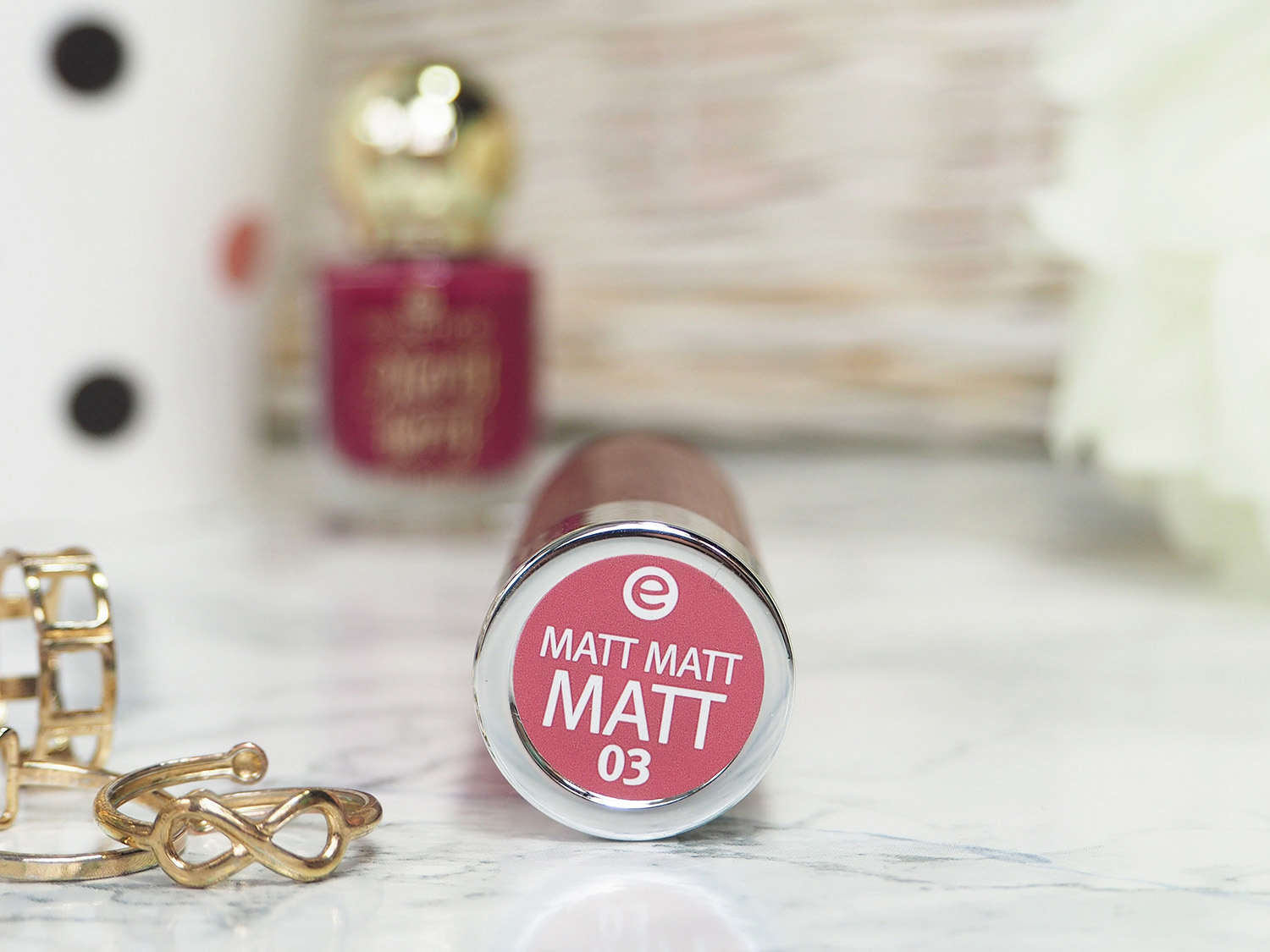 Packaging: Packaging is a typical Essence tube, but this one features a matte cap. I really dislike how badly the lipstick is placed in the base because mine already bent a lot and it’s all crooked now in the tube. I can just feel it will break at any moment and it’s already very dented in the back.
Price and availability: I got mine in Műller for 2.49 €. 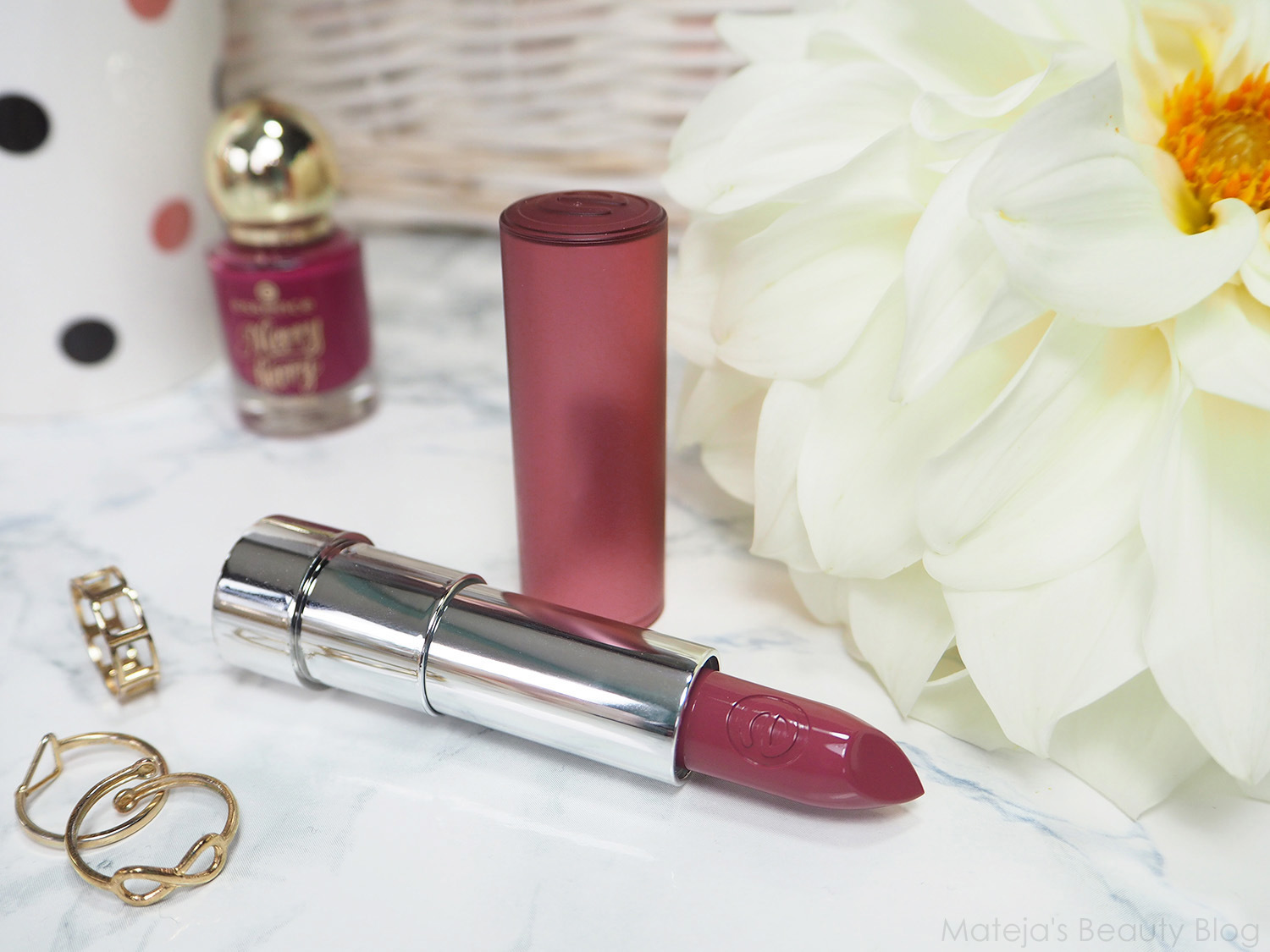 It was rough from the start, but I warmed up to it. I’m still not a fan of Essence lip products apart from their Longlasting Lipliners, but judging from this shade, these aren’t such a bad buy. I especially love the finish on the lips and the colour range is actually really nice as well, but staying power is disappointing albeit better than Essence’s other lipsticks and the packaging drives me crazy because I don’t want my lipstick being all banged up despite being really careful with it. So yay or nay? If you like a shade or you want to try a certain colour, then go for it. But if you expect more from a lipstick, I always say Catrice is still affordable and really good.
Have a great day!