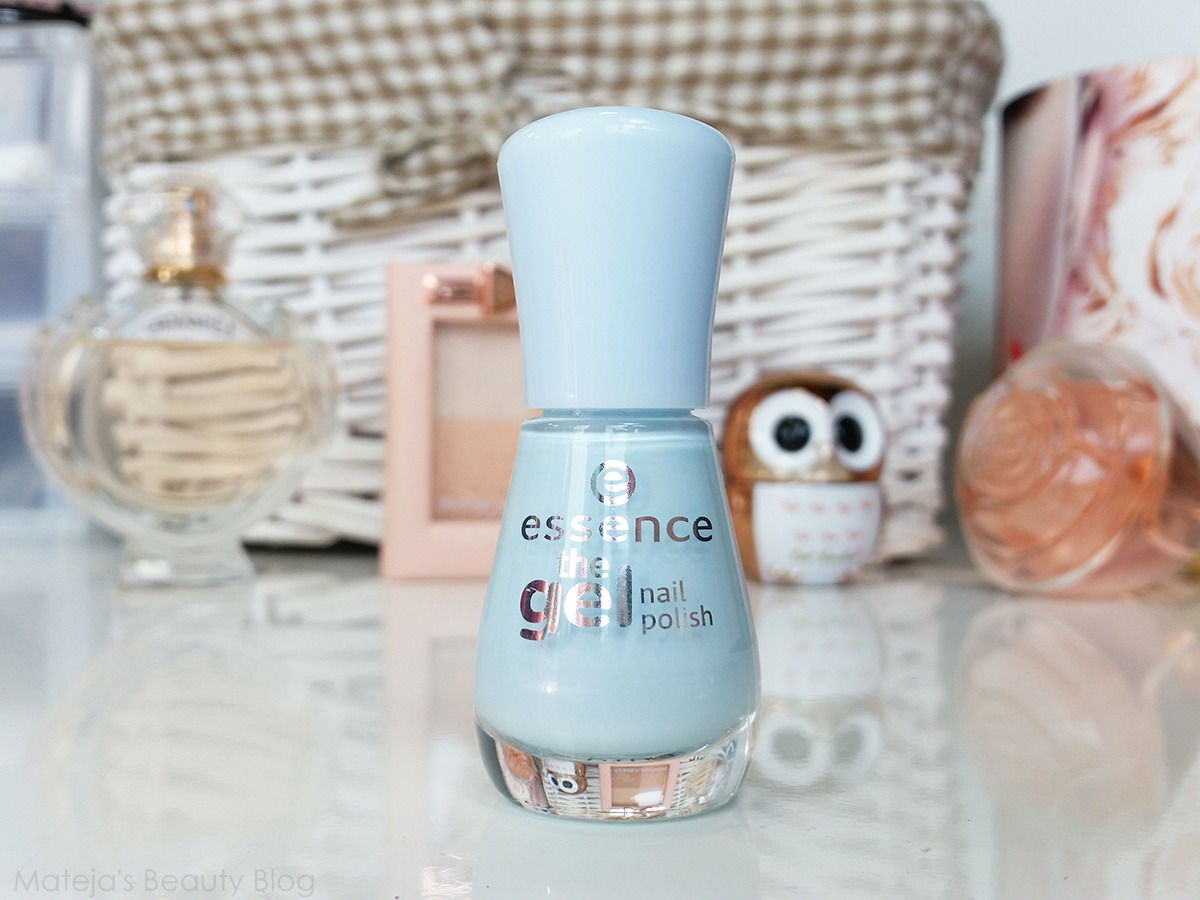 Itsy bitsy blue bikini, whose name is suspiciously similar to Bikini so Tiny by Essie, is surprise surprise is another blue shade. It a shade that was added to the line in the recent update, though we can’t say it’s the most original new colour, but I have a thing for pastel blue. I bought a few of The Gel Nail Polish formula, some were fab, some not quite as good, but this one doesn’t resemble gel nail formulas at all. 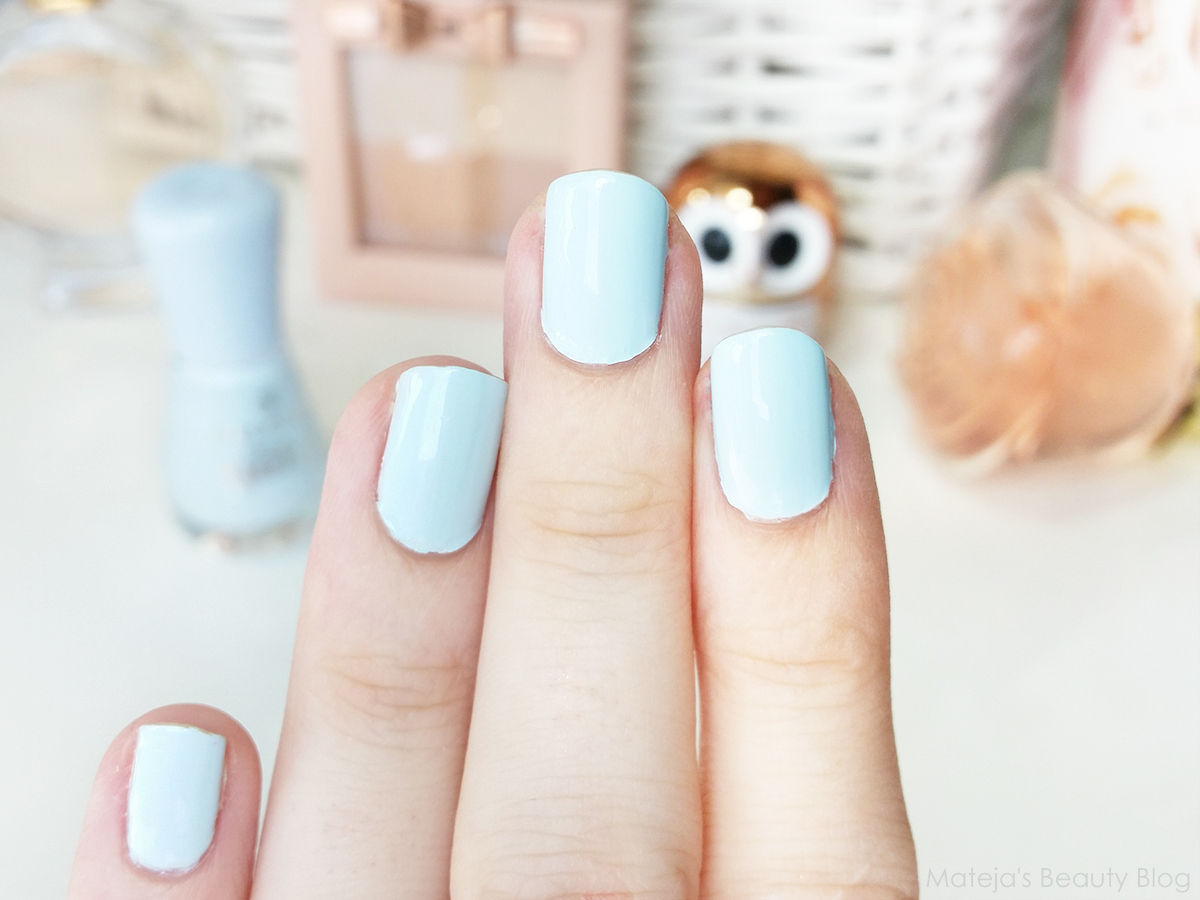 It the most classic pastel blue nail polish. There’s no hit of green, nor is it muted, so it’s a pretty basic shade.The only other such shade that I own is L’Oreal’s Les Blancs 858 Ocean Porcelaine (now sadly discontinued), but Essence’s is brighter and more of a true blue. 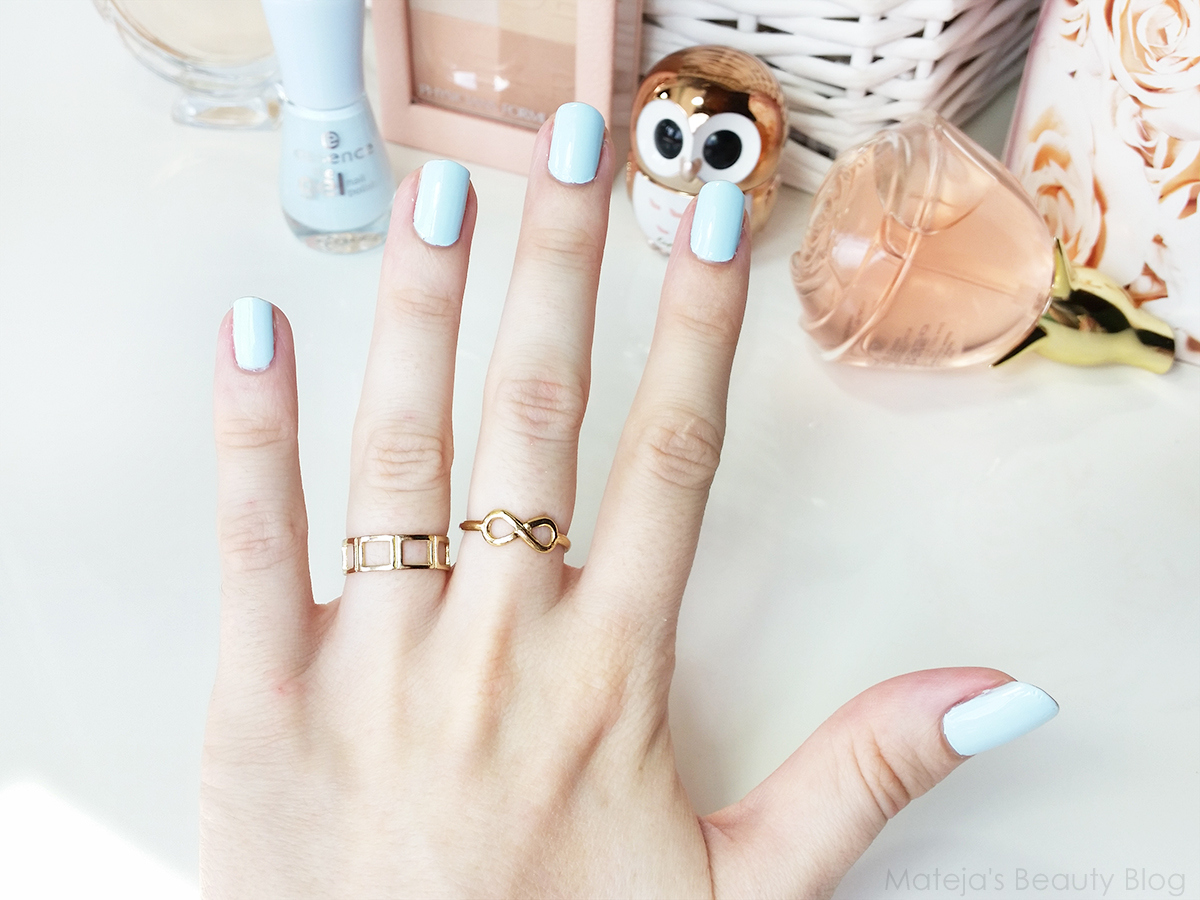 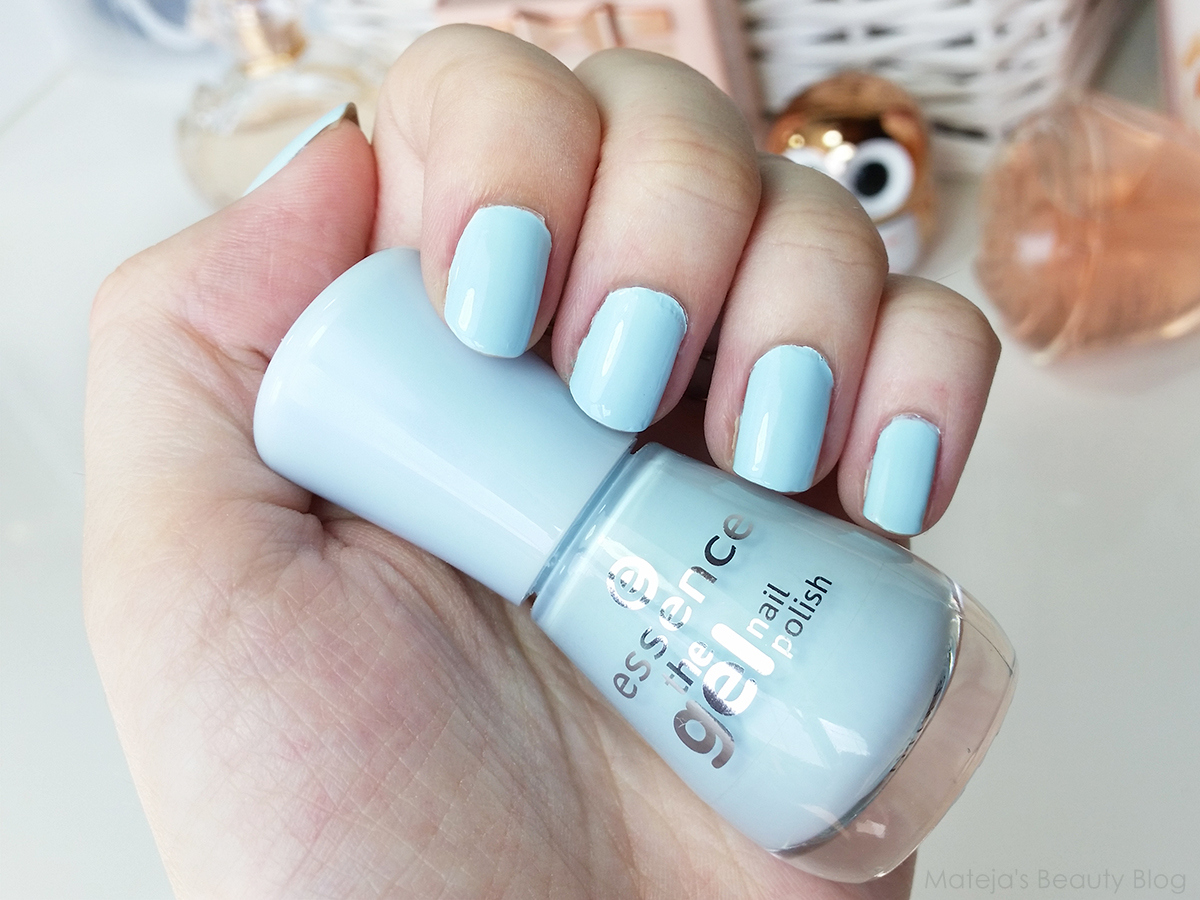 The formula is outstandingly annoying. Gel formulas tend to be thick, but smooth and they kind of just even themselves out on the nails. Well, this one isn’t like it. It’s thick all right, but it behaves like any other irritating pastel nail polish that has a regular formula. It’s difficult to get an even application and it requires three layers to get it right. If I buy a gel formula, I expect a gel formula, so this was a disappointment. The brush is the typical Essence’s wide one with a nicely shaped tip.
I bought it in Müller for 1.69 €. 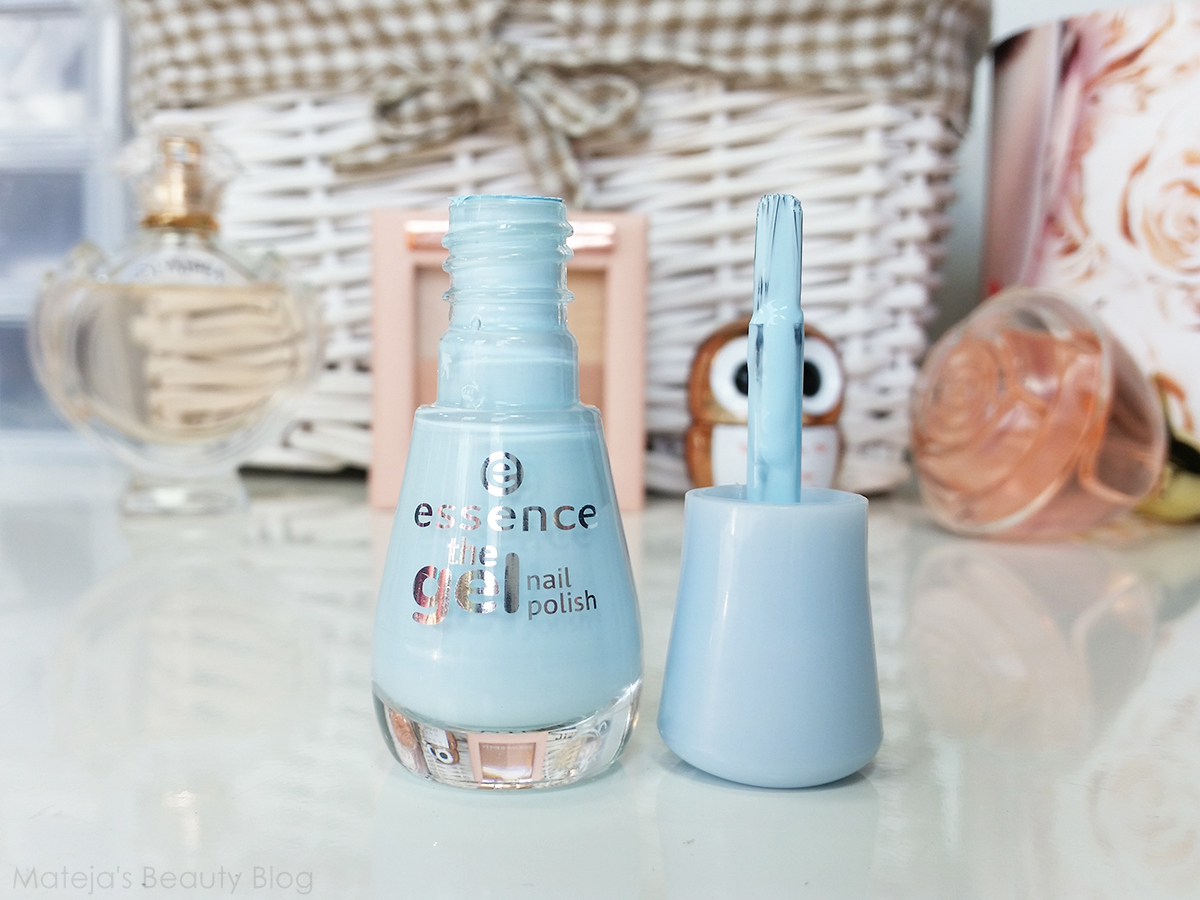