Meet one of my new favourites. You know as many times as I’ve actually stood in front of our Essie stand, I never noticed this shade, though admittedly, I mostly get nail polishes after I see them swatched on blogs, since those stupid shop lights are way too deceiving to trust them. I’ve been on a search for such a shade for a  while and had I known it’s actually that close to me, it would have been mine for a long time. Eternal Optimist is a muted powder pink shade that has enough warm tones in it to prevent my annoying skin tone turning it to a purple on my nails, but I’ve seen that it’s a lighter shade on others. It’s such a gorgeous everyday colour that just works with everything, but it’s not classic nude. The finish it has is a simple cream one. This has been on my nails almost consistently for the past month, so not only was it already featured in my last monthly favourites, expect it in the next as well. 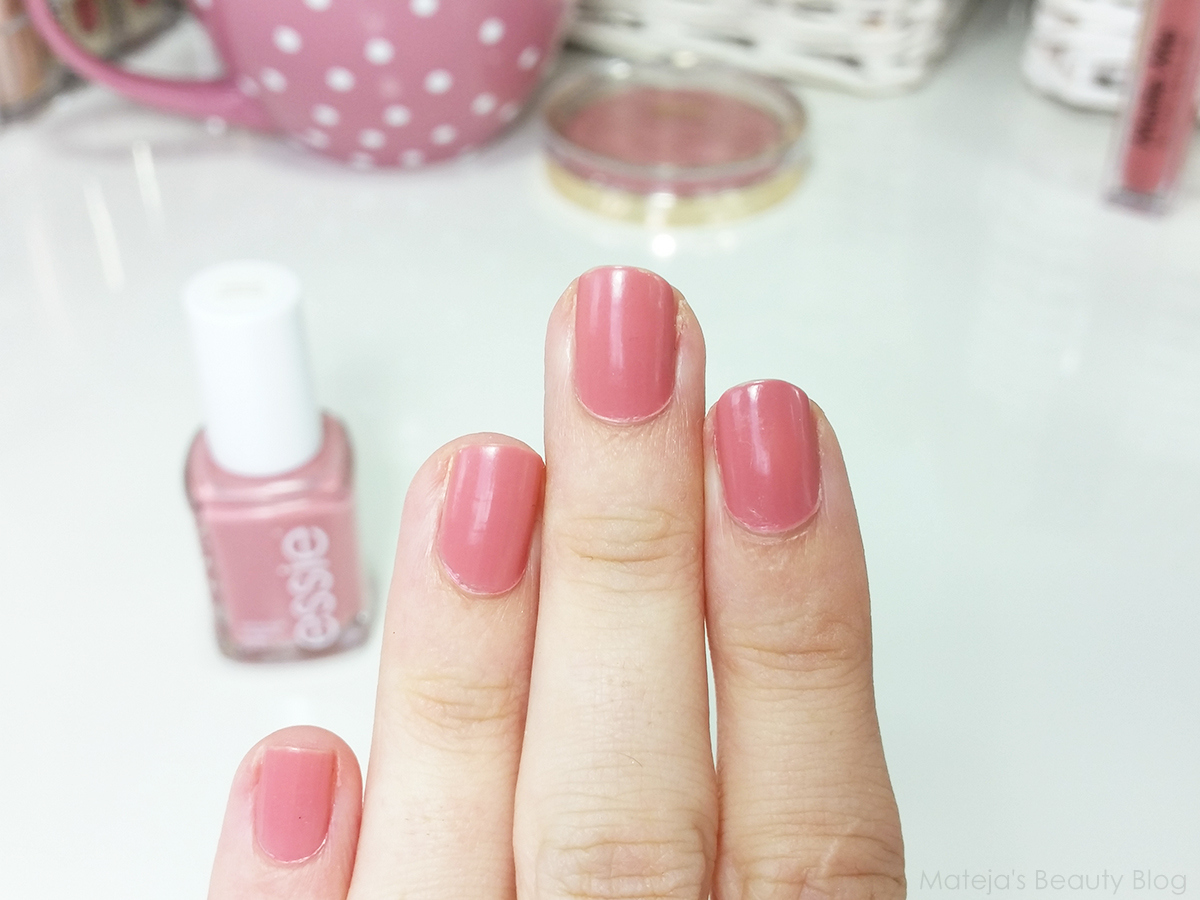 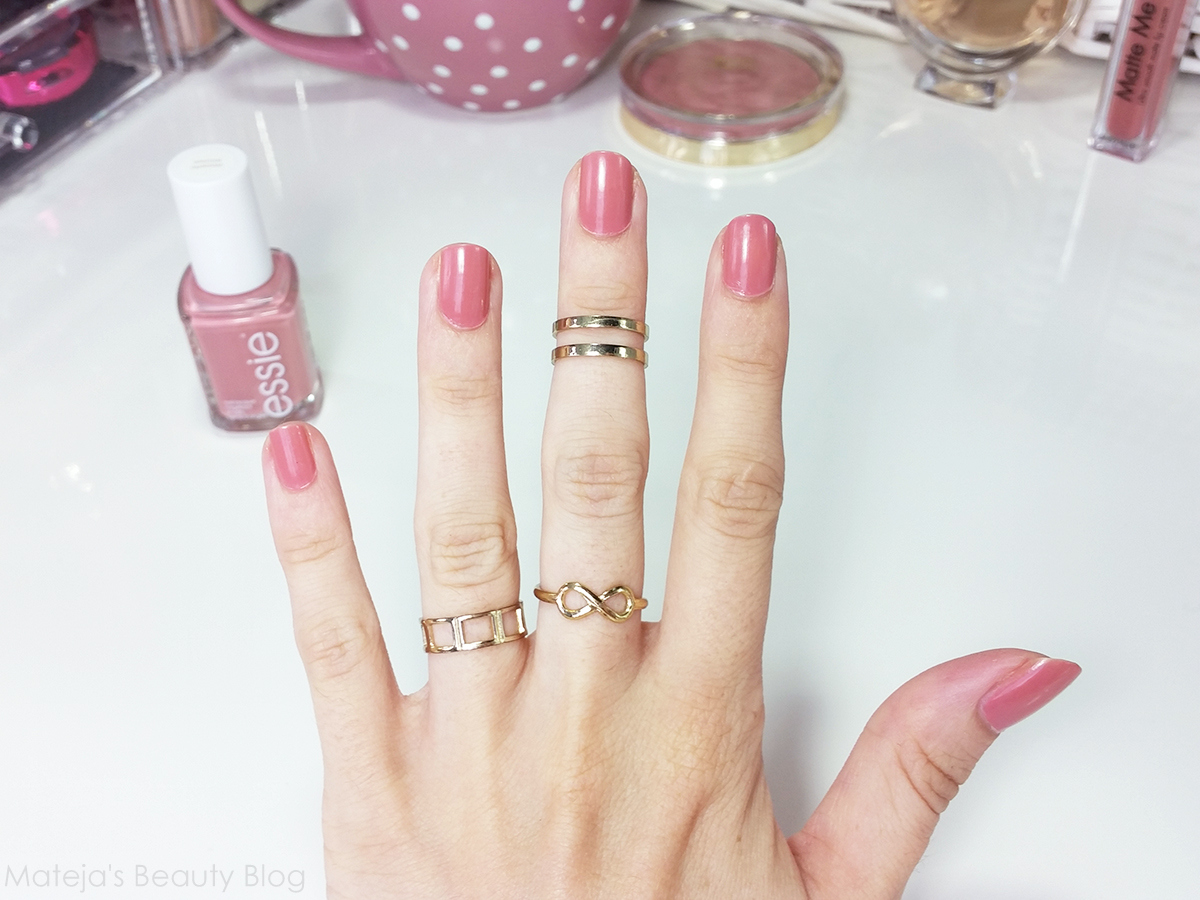 Formula is one of those awesome Essie’s like Watermelon and Cute as a Button, so super smooth, not too thick and neither too thin, and already opaque with one coat, but I apply two for better staying power. It’s so easy to apply, not just because of the formula, but also because of the nice brush. 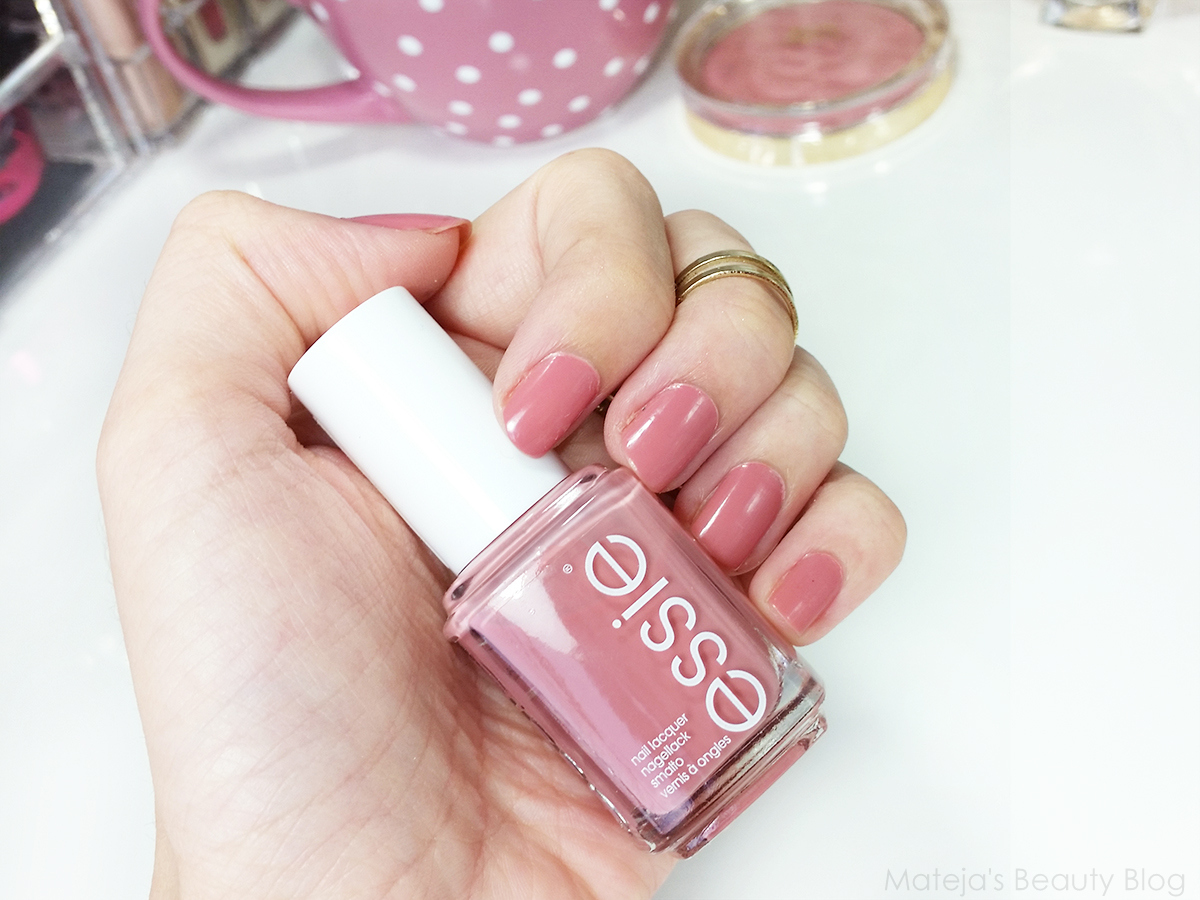 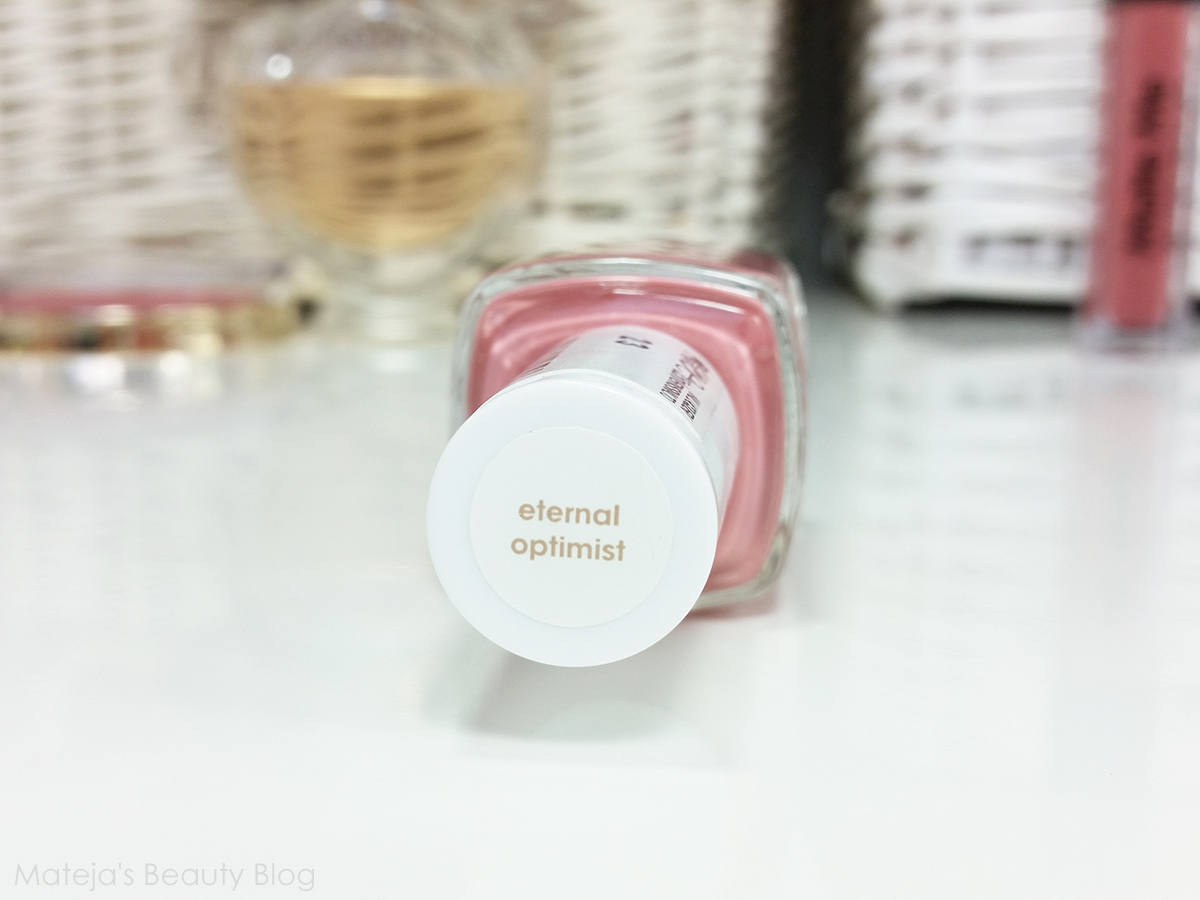