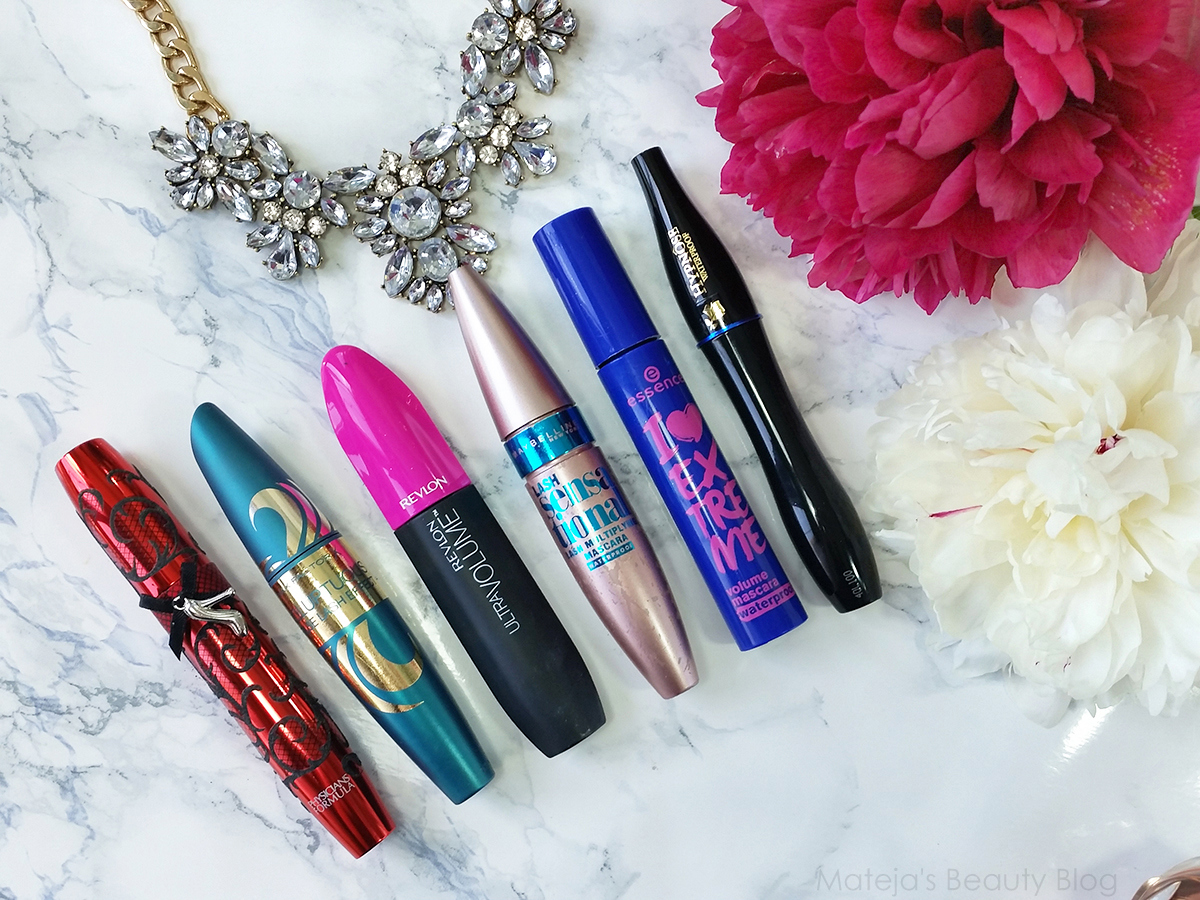 I get asked what my favourite mascara is a lot and I always answer immediately listing three mascaras that are just made of pure awesome. Before I start with listing I’ll note my preferences when it comes to mascara. I have relatively long lashes that refuse to stay curled, mostly because they spent half of my life squished behind glasses (an actual split formed believe it or not) and that’s actually the reason I started using a lash curler so early in my teens. So top priority for me is that the mascara holds a curl, which so far I’ve only found waterproof mascaras that do that, so this list is mostly made out of such formulas, but I did include a couple of regular formulas that impressed me at the end. I love big lashes, but I’d never replace definition for a clumpy look. 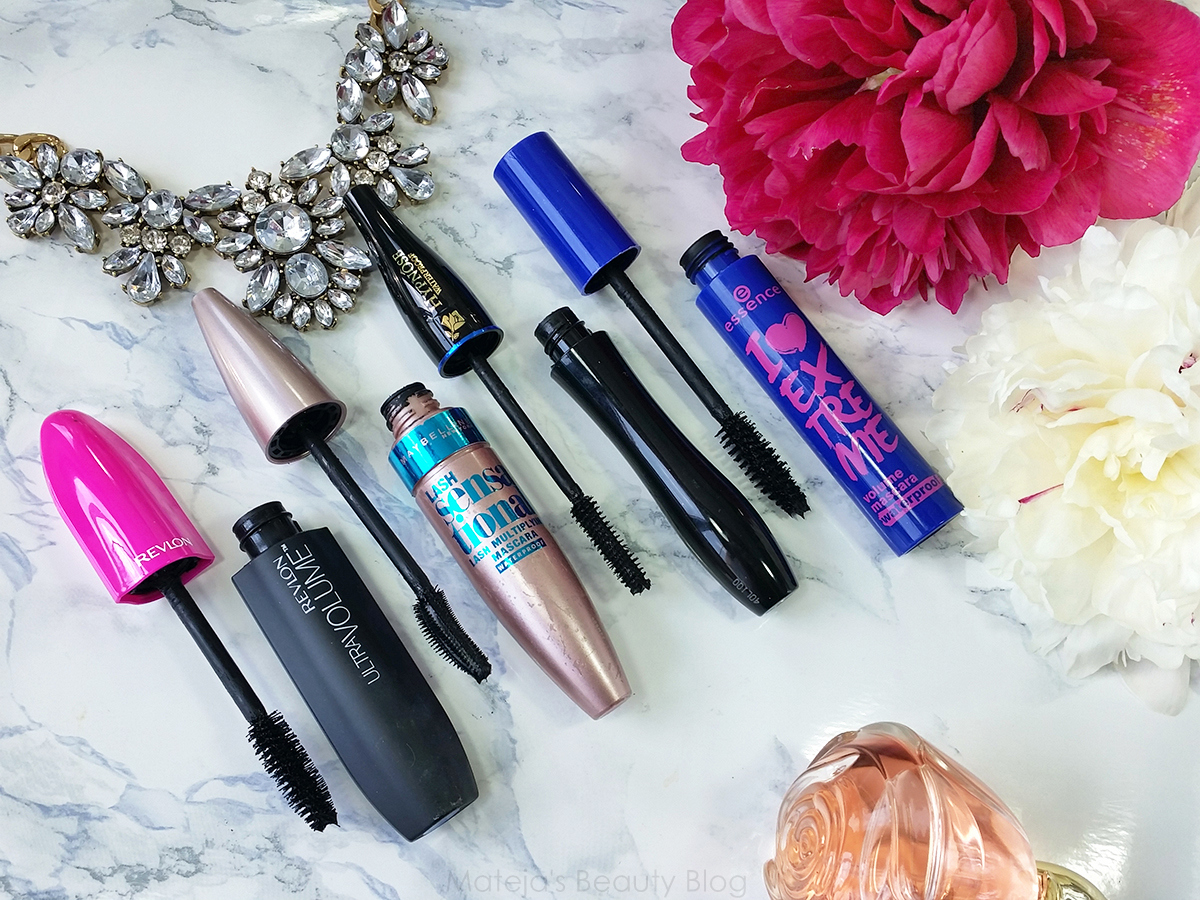 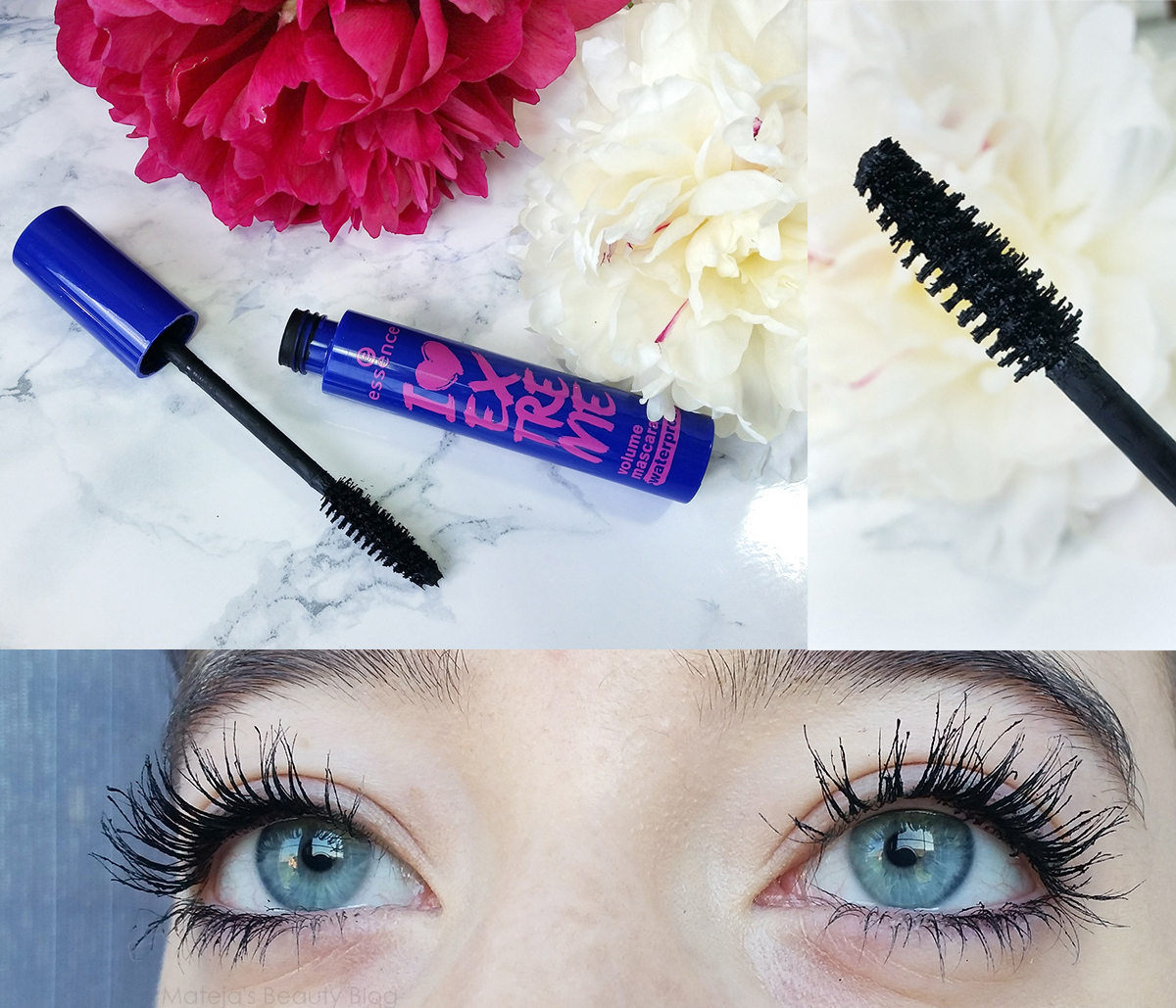 Essence I Love Extremes Volume Mascara Waterproof
This is without a doubt my favourite budget mascara and there is very little that sets it apart from my other favourites. It’s a mascara that starts performing perfectly the day you open. The brush is very big and bushy, so it’s a classic volumising mascara, but since it’s a waterproof formula, it’s not messy, which means there is much less chance of clumping that at regular formulas with such a brush. It makes my lashes look massive, separates to a degree, it doesn’t smudge or flake and best of all it hold my lashes curled all day. Like all the mascaras on this (waterproof) list, it looks pretty much just like applied at the end of the day. It’s only minor minus is the Barbie packaging, but I can live with it. 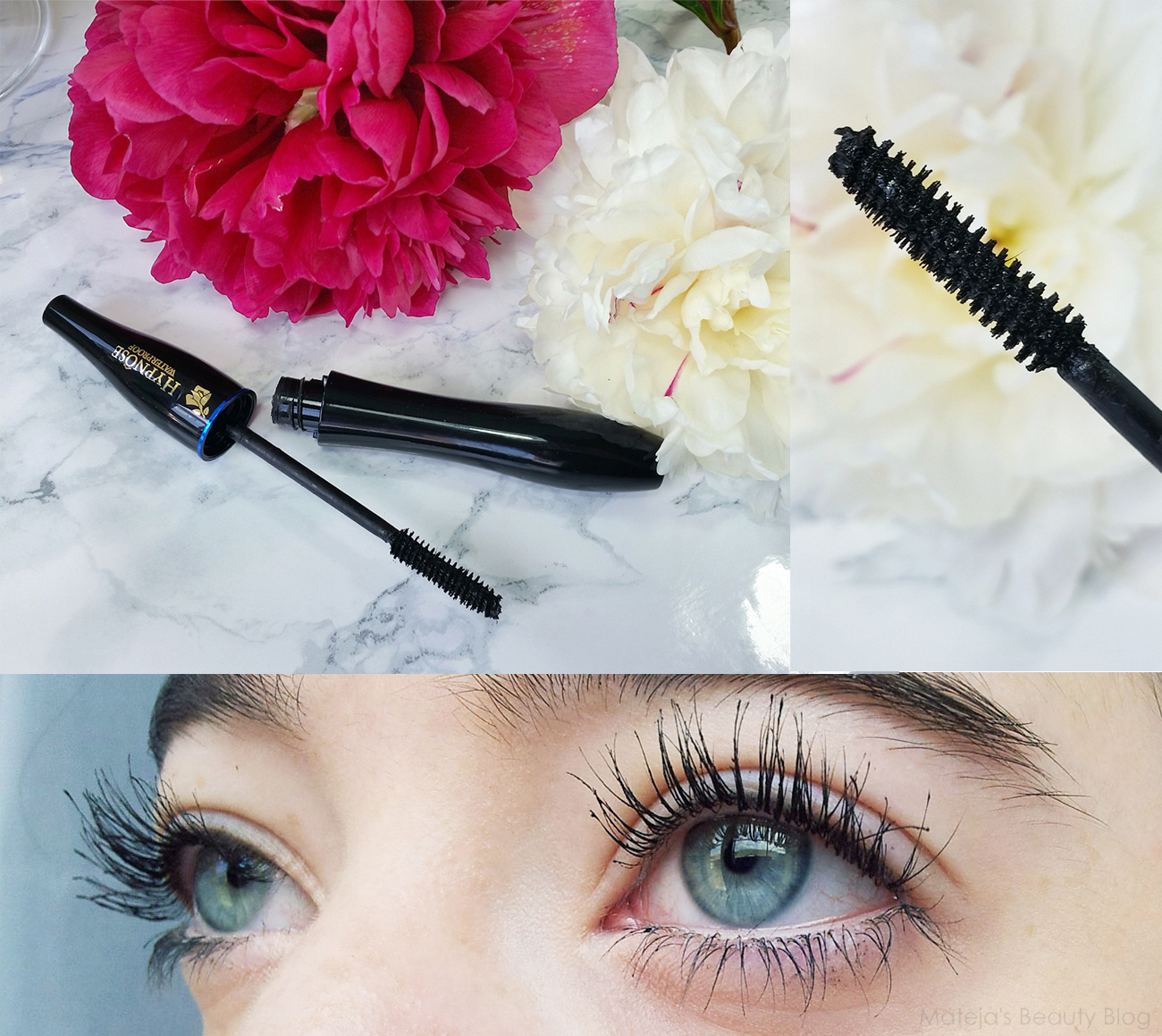 LANCÔME Hypnôse Custom-Wear Volume Waterproof Mascara
Years ago Helena Rubinstein Lash Queen Feline Black mascara was the only one I found that managed to hold my stubborn lashes curled, but it wasn’t the easiest to track down at the time, so I once decided to try Lancome’s version instead and I found a dupe for my favourite. So far this is my top choice in mascara, though the formula is about the same as Essence’s, so very volumising and lengthening, but the main difference is the brush, which is more manageable and separates a lot better. It is very expensive though, so it’s more of a perk than something I’d repurchase regularly since I found cheaper mascara options that work so similar. 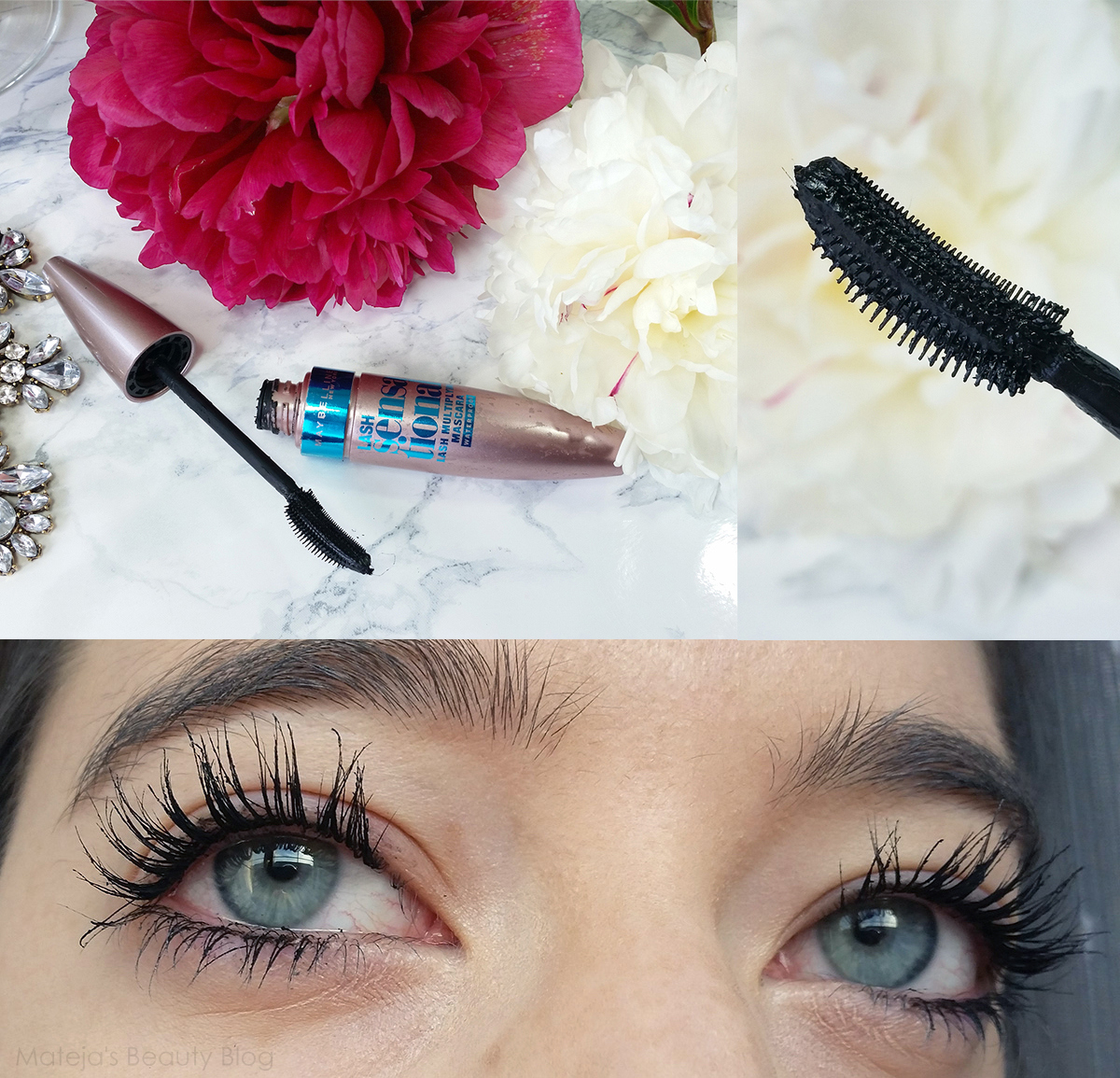 Maybelline Lash Sensational Waterproof Mascara
I despised this from the start because the formula was so thin that it didn’t do anything other than stuck my lashes together, making it look I have just a half of them. But on a random 8th day, it just started performing like a proper HG mascara. It has a plastic comb which has longer bristles on the outside of the arch and shorter on the inside, and the idea is to use the shorter bristles first, however, I do it the opposite, so I define the lashes first with the outward bristles, only then use the shorter bristles to add volume. It gives me massive lashes, though despite the plastic brush not perfectly defined, but good enough and it holds the curls amazingly well. Now that it’s drier I often use this one to define the lashes first and then apply Essence’s mascara. 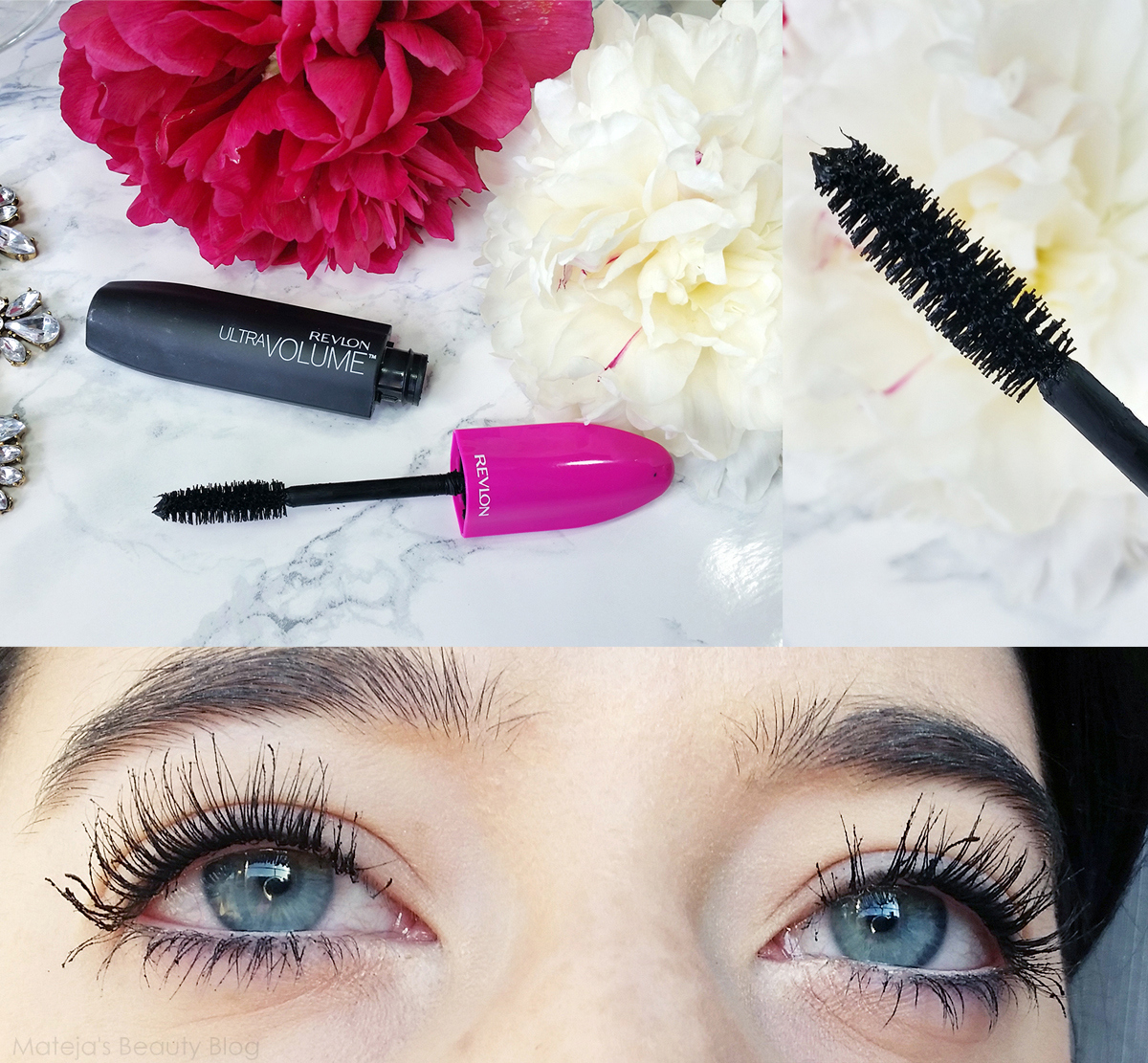 REVLON Ultra Volume waterproof mascara
Over the last few months this mascara truly grew on me. Despite the name it’s a very defining mascara that makes your lashes look like they are naturally perfect because it catches every individual lash, but doesn’t coat them with too much product and doesn’t clump them together. It holds the curl all day and it’s another mascara I use first before adding a very volumising coat. The brush is the most classic one of all, so no flashy design and yet it works similarly to plastic ones.
Two honourable mentions: 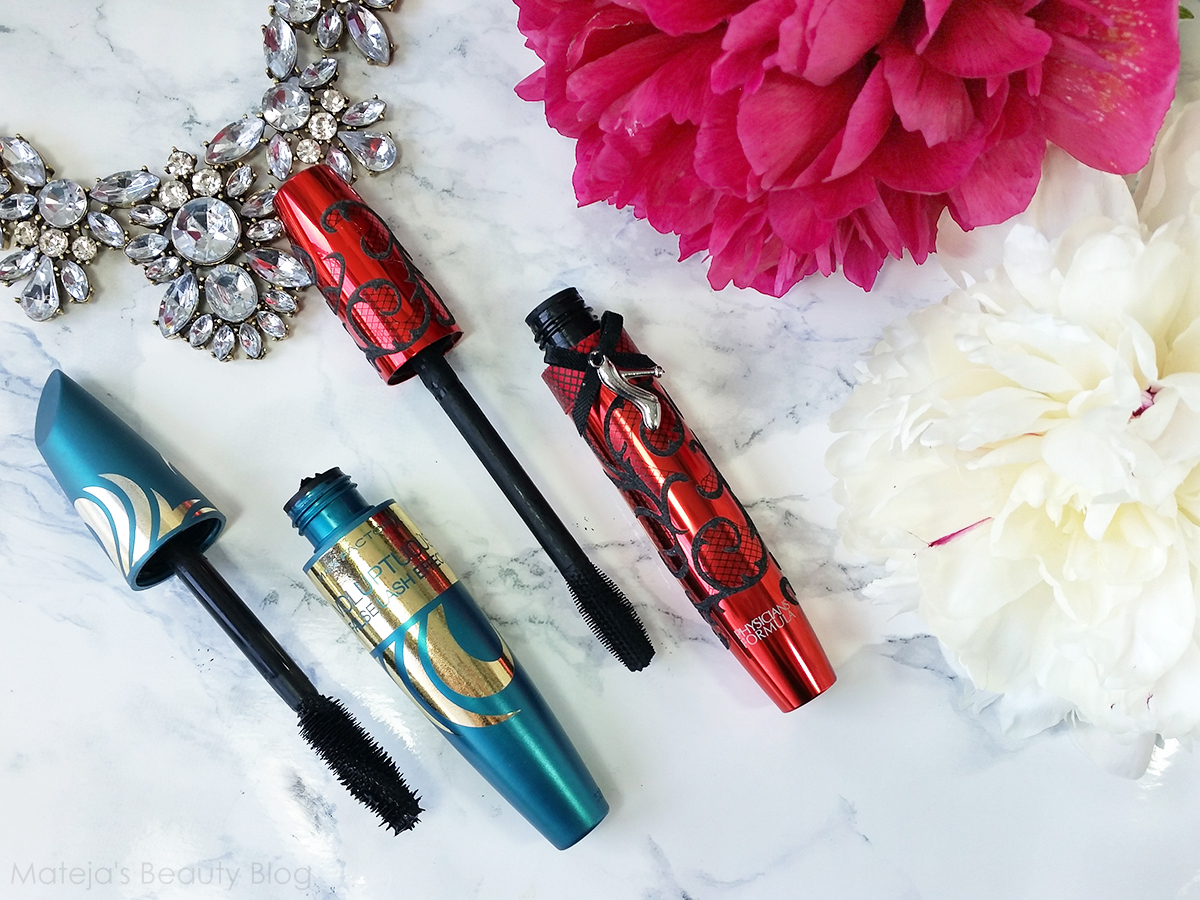 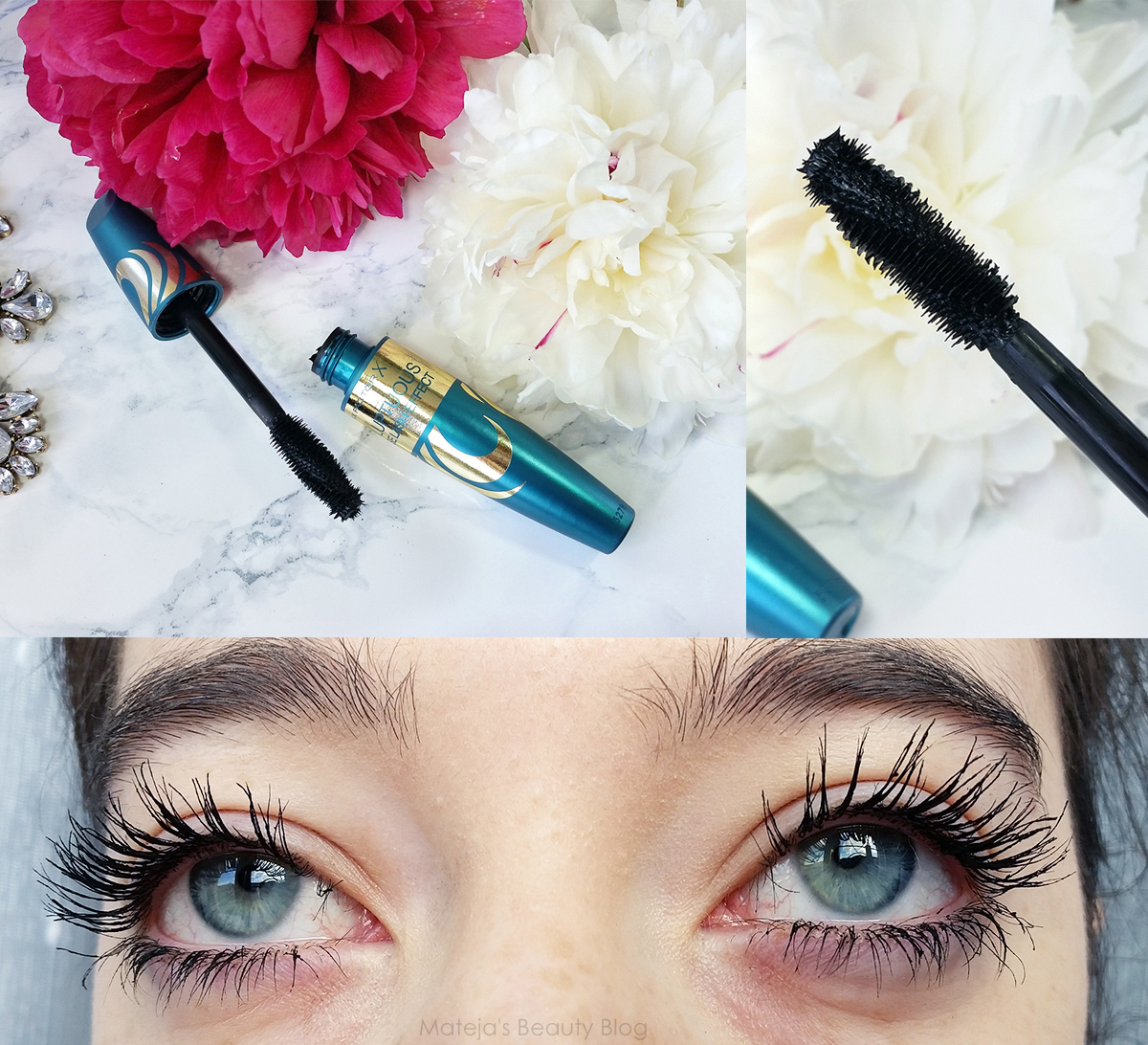 MAX FACTOR Voluptuous False lash Effect Mascara
While I use waterproof mascara on days when I need to look good, on down days, I use regular mascaras and so far this one is my absolute favourite. Many mascaras give plenty of volume and length (the budget of budget versions’ Essence Princess mascara is excellent), but very rare ones are actually able to lift the lashes at least a bit and this one is one of them. The brush is absolutely massive, so this is not a mascara for those with short lashes and it’s a plastic one, so naturally you’d expect a light, defining formula, but you’d be wrong because this is a super volumising and defining mascara. I never thought I’ll truly love a regular formula mascara, but this one is pretty impressive. 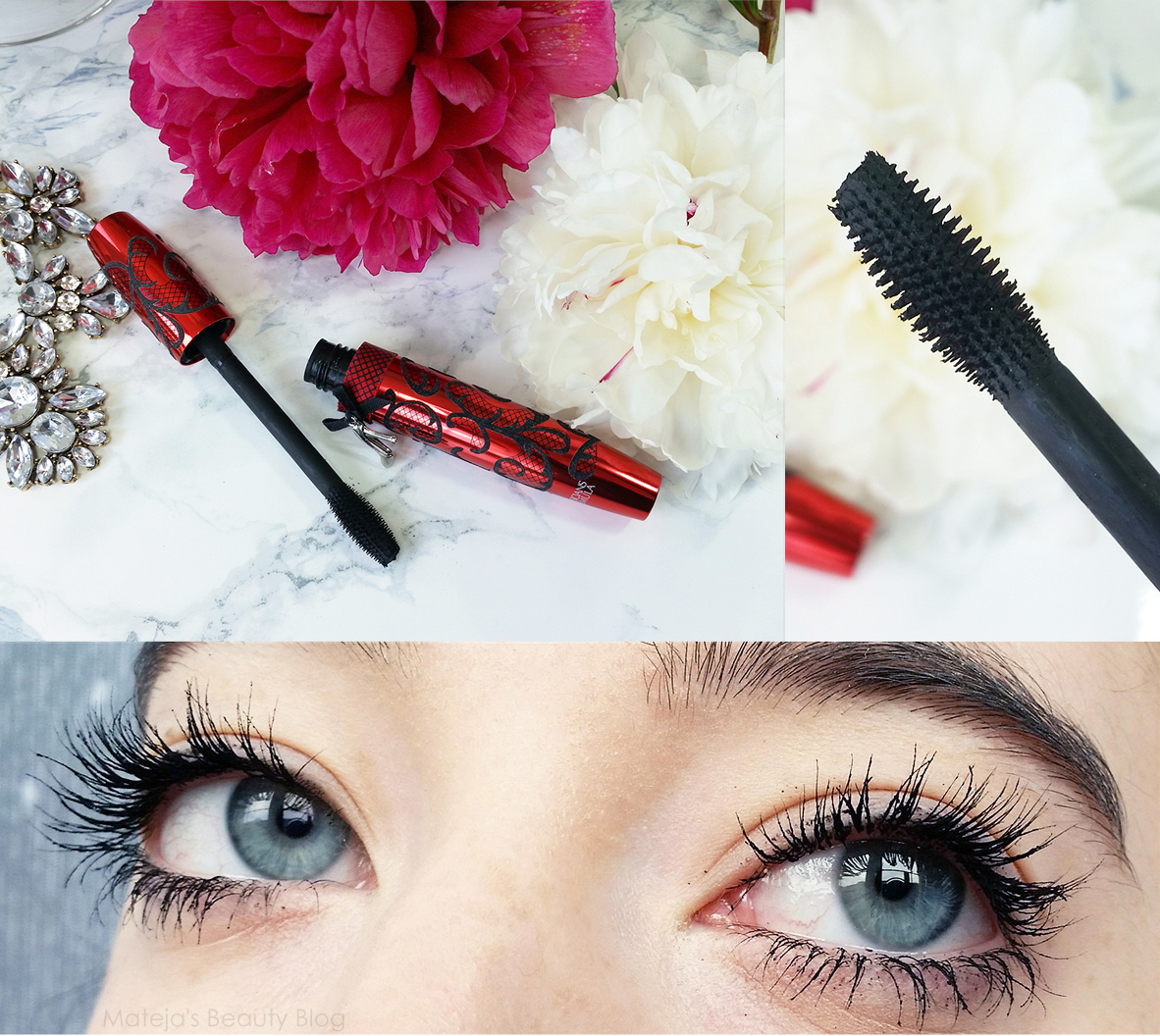 PHYSICIANS FORMULA Sexy Booster Va Va Voom Mascara
Max Factor’s and this one works similarly, but more people might like it because the brush is smaller and less harsh. Again is a very volumising, lengthening formula and it also manages to lift my lashes about half-way, which is impressive for a regular mascara. The packaging is too die for pretty as well, but neither Max Factor’s nor Physicians Formula’s are cheap for drugstore mascaras.
Another question I get often is how I remove waterproof mascaras. It’s no big deal, you just use an oil-based remover, but it of course takes more effort than regular mascara. Any of those two-phased ones (every skin care brand has them – Maybelline, L’Oreal, Clarins, Green Line, Afrodita…) or even a regular oil will work (I use coconut oil, but you can use any body oil you might have or olive oil). Oil cleansers are also an option, such as L’Occitane Immortelle or Shea cleansing oils, The Body Shop’s, L’Oreal’s, Balea’s and many others. 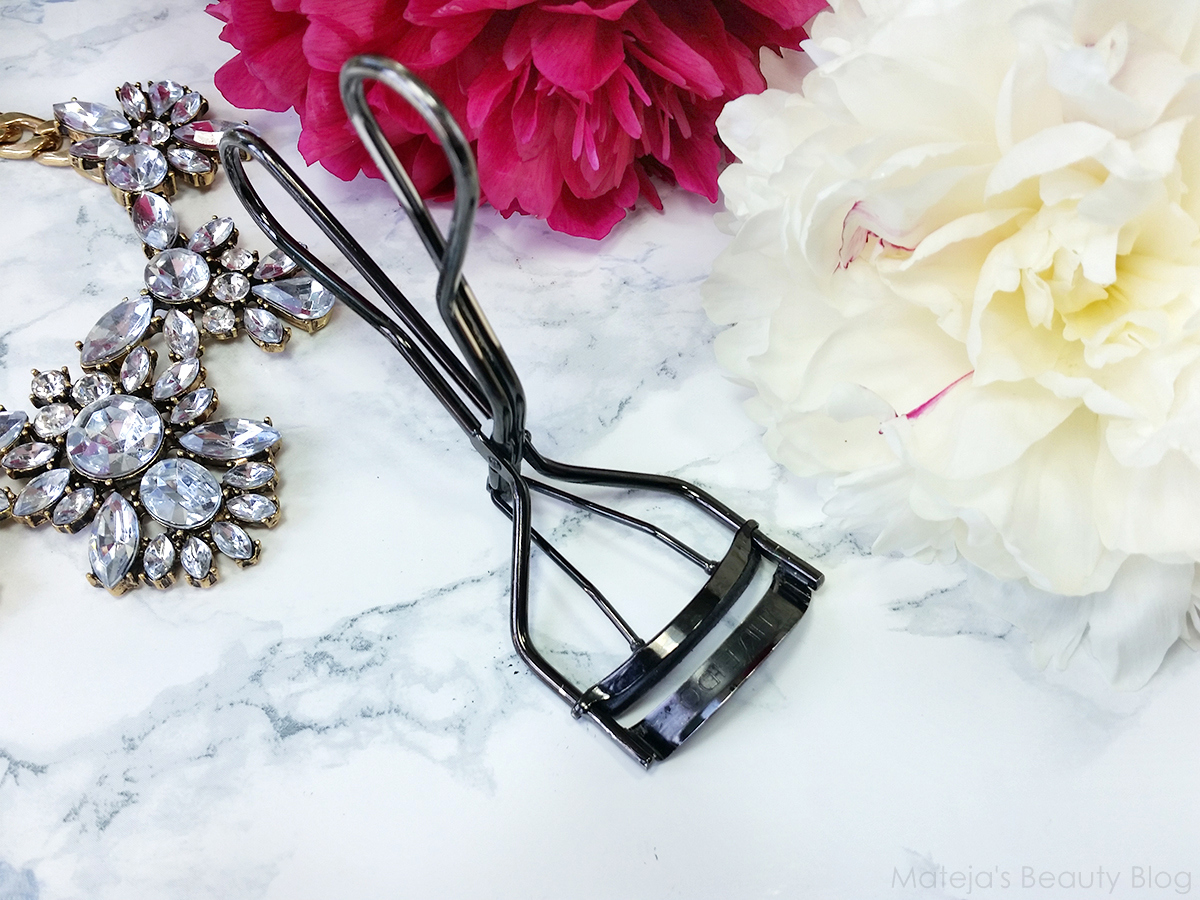 My lash curlers also deserve a mention in this post. I use Shiseido’s the Makeup Eyelash Curler and they’ve been my trusted companion for a few years now. I have small eyes that have big arch on the top, so most eyelash curlers miss the ends of my lashes, but these are excellent despite being a flatter shape than for example Tana’s than  used before. The quality is outstanding, after years of regular use nothing is loose and I still have the same pad, while on Tana’s they got cut after a few months. They are an investment, but are completely worth it.
I’d love to hear about your favourite mascaras. Have a great day!