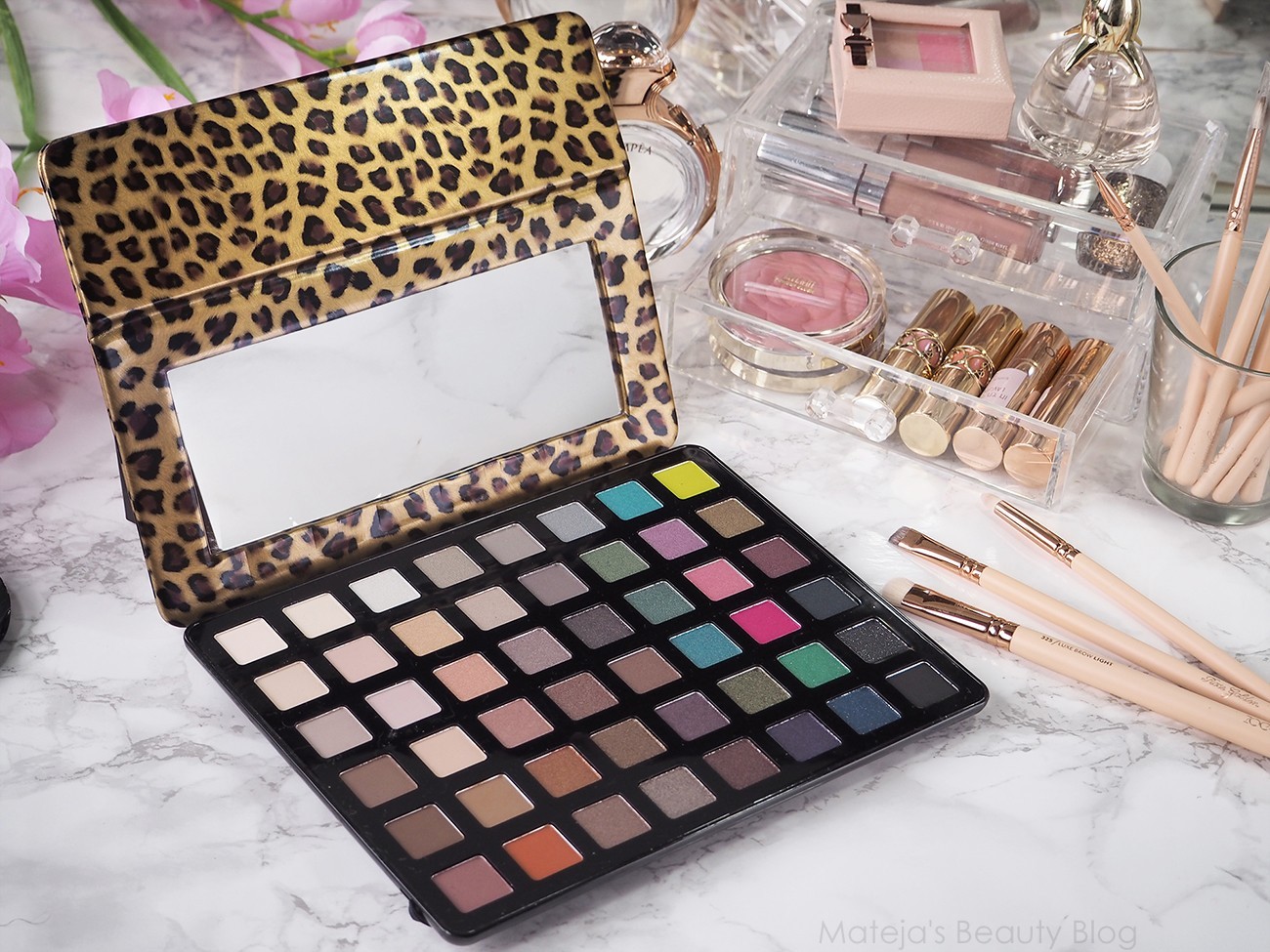 I’ve expressed my feelings of apathy towards Freedom/Makeup Revolution/whatever brands in just about every review of their products, though they have some decent ones (like their blush palette). I didn’t have much hope for this either, since palettes with a lot of colours almost always perform very average, plus this one comes in the most tacky packaging ever, but I’ll admit that it is better than most of its sisters, at least partly. Pro Artist Pad Extreme Vice (Animal) Eyeshadow palette contains 48 eyeshadows which are a mix of neutrals and brights. 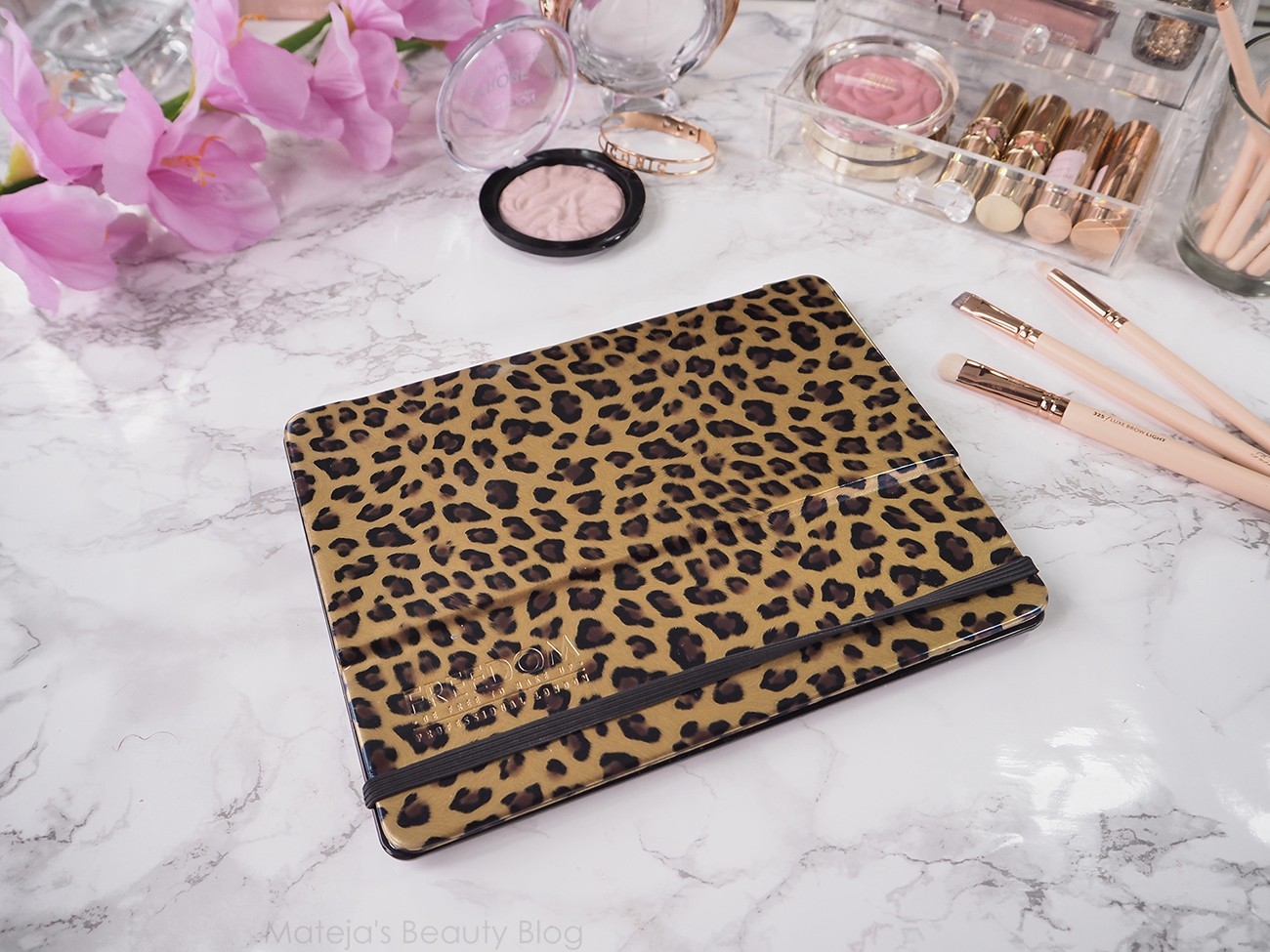 These are, as always at such palettes, a mix of quality that ranges from bad to actually really good, however, the rate between good and bad in this palettes in much more in favour to good compared to other palettes. But these are still that strange kind of creamy texture that when you swatch them with fingers, form a  shiny melted layer on top. Most mattes though are much better than usual, not dry and some are very pigmented and creamy. 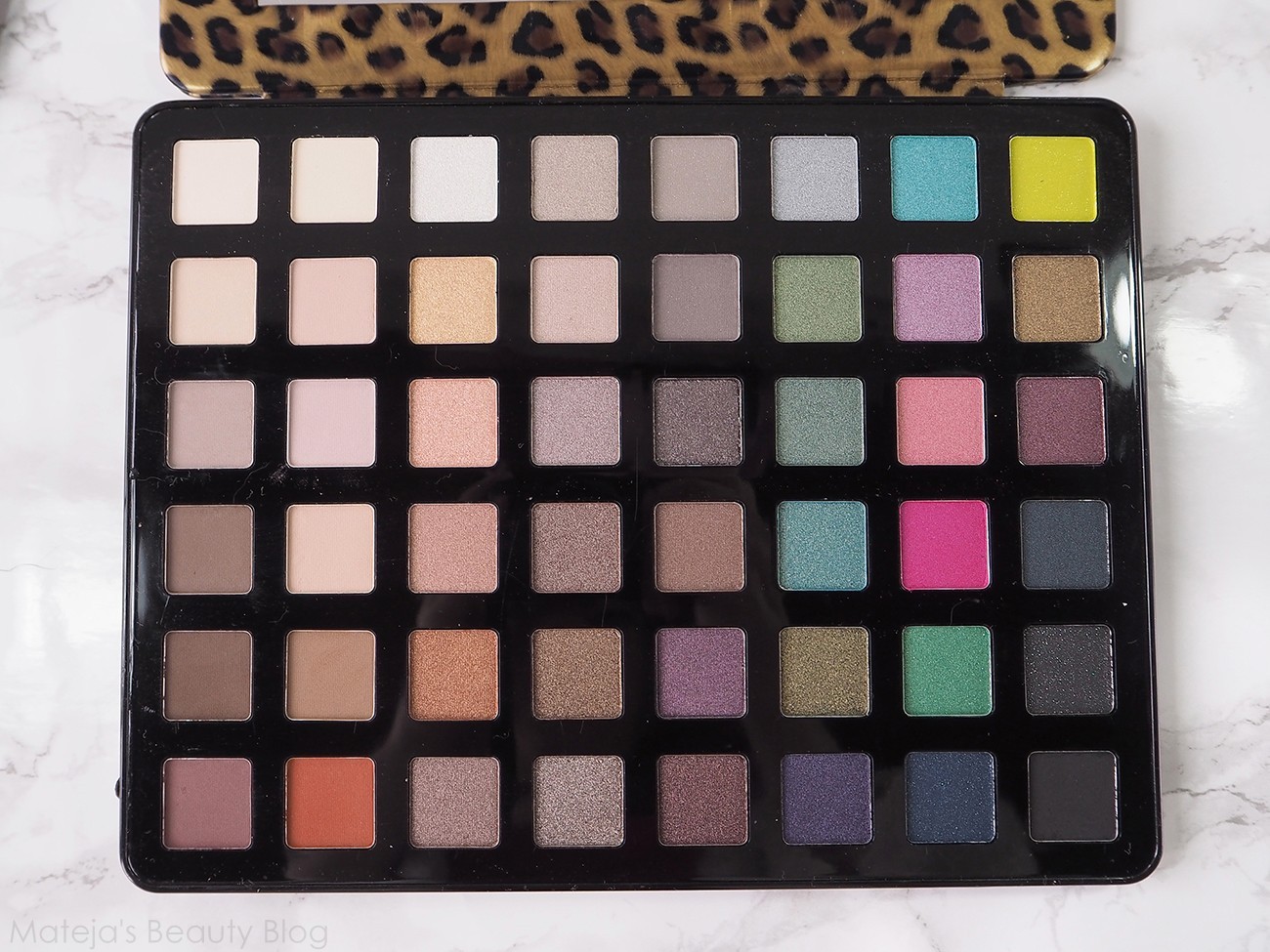 The top two rows are largely unimpressive. The mattes are dry and the rest too sheer, but that last green eyeshadow is one of the most pigmented brights I’ve ever tried.
The two rows in the centre perform averagely to really good. Again some are sheer and need building up or at least a cream eyeshadow under it, but they are better than those above and the neutral mattes on the left are really good.
The last two rows are very impressive. All are very soft, creamy and very pigmented. Both mattes and shimmers perform really well (just look how creamy those matte swatched) and I really wish the whole palette was like that. 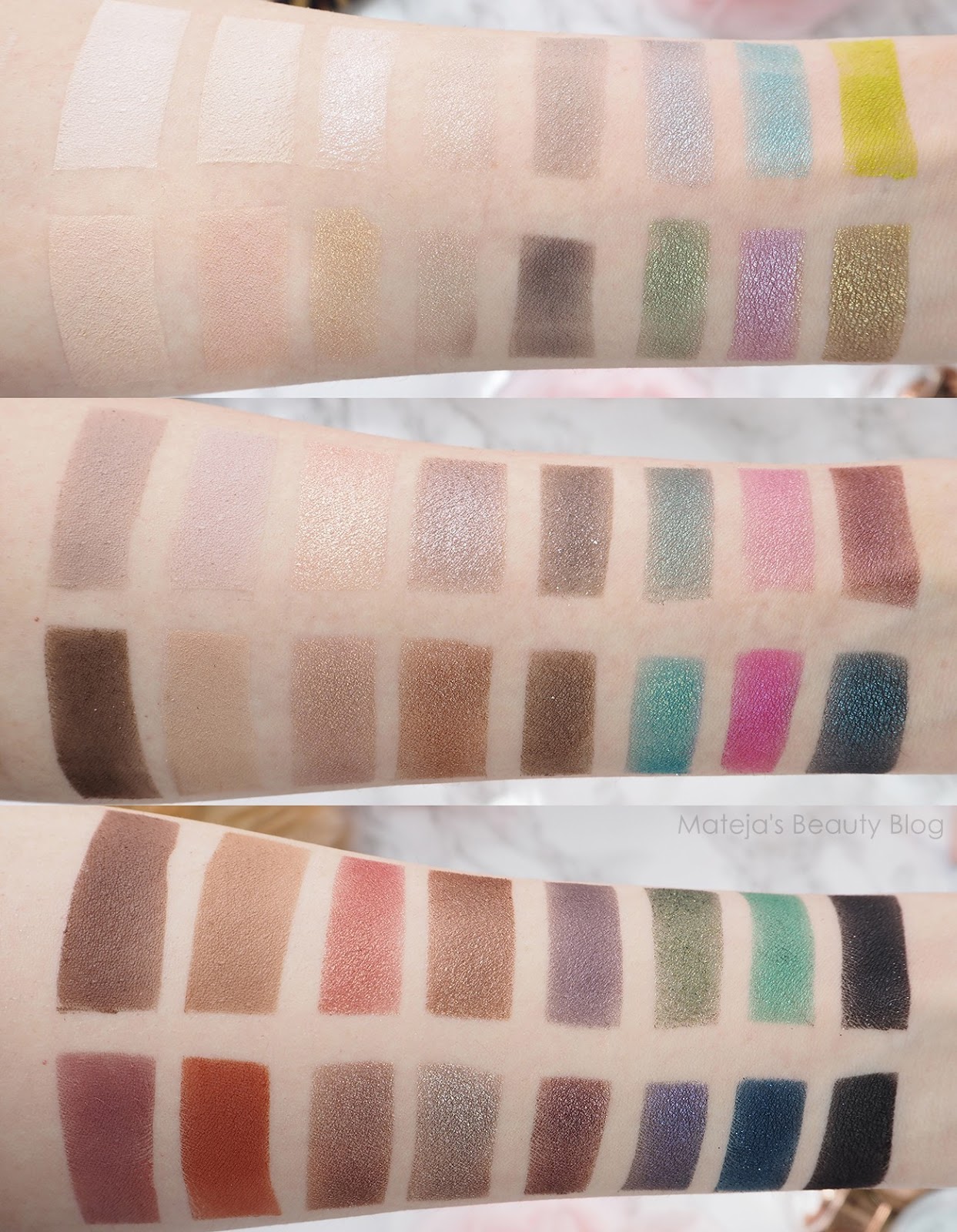 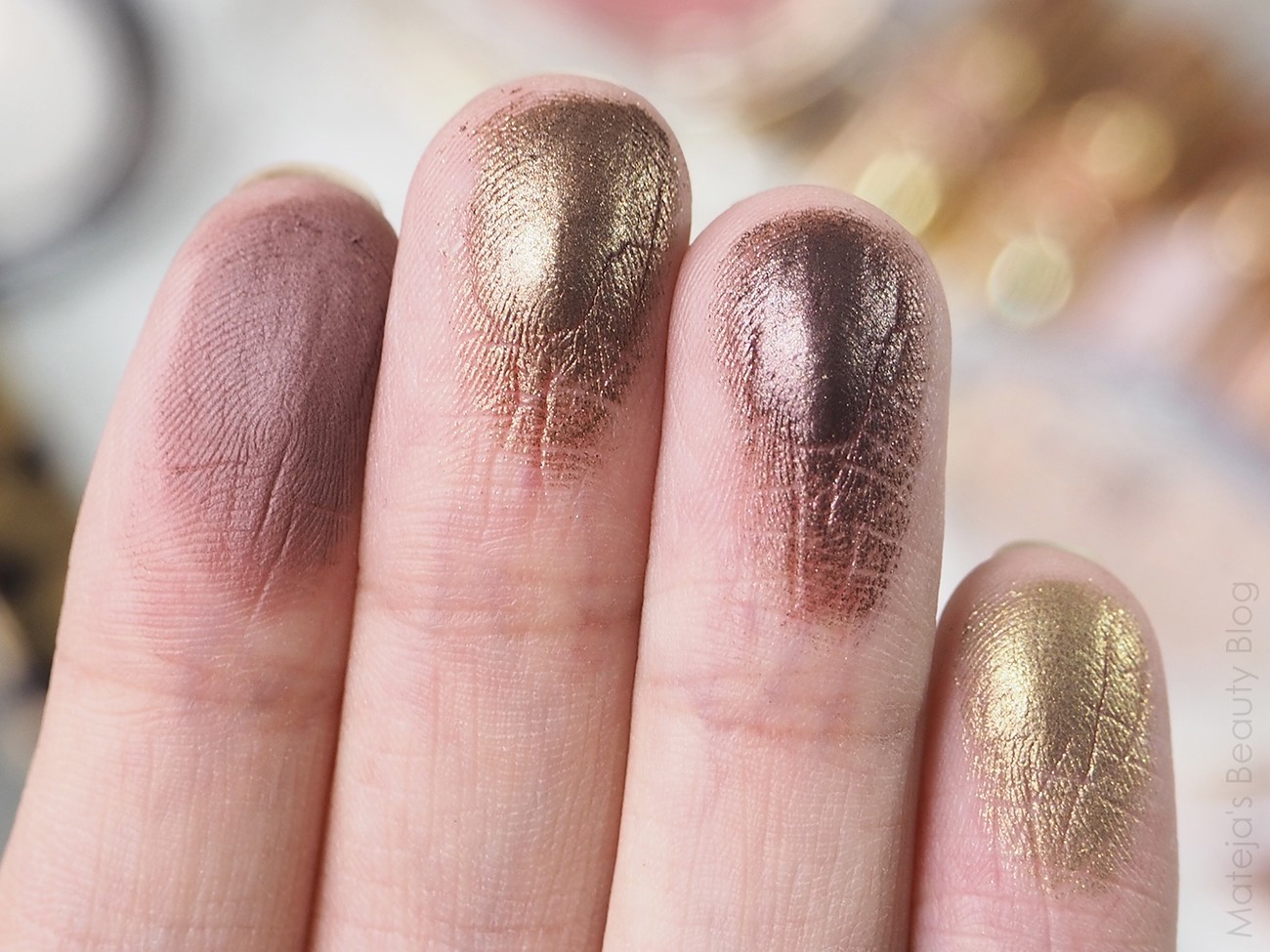 In terms of colour range, while it seems you get a lot, I don’t find that many useful combinations and different enough shades for myself. The problem is mostly that a lot of the shades end up looking very similar once blended, but also I don’t wear bright eyeshadows, so a third of the palette isn’t much use to me. In total the shade range is mostly cool toned, which is very surprising considering the packaging which, at least to me, indicates a collection of warm browns, chocolates and golds, but all who love such shades might be disappointed. For my colouring the neutral shades are great. I can do my classic every day matte taupe look, my cool toned shimmery browns and brown-purples.
There are far too many “nothing shades”, so skin tone shades used for blending – one or maybe two is completely enough. There are also too many medium greys – I don’t know anyone who’d be terribly excited about a grey eyeshadow. I don’t wear colourful looks, but those who love colours will enjoy mostly the bright green, midnight blue and dark purples, the rest are a bit on the sheer side (cream eyeshadow for a base always works, though). 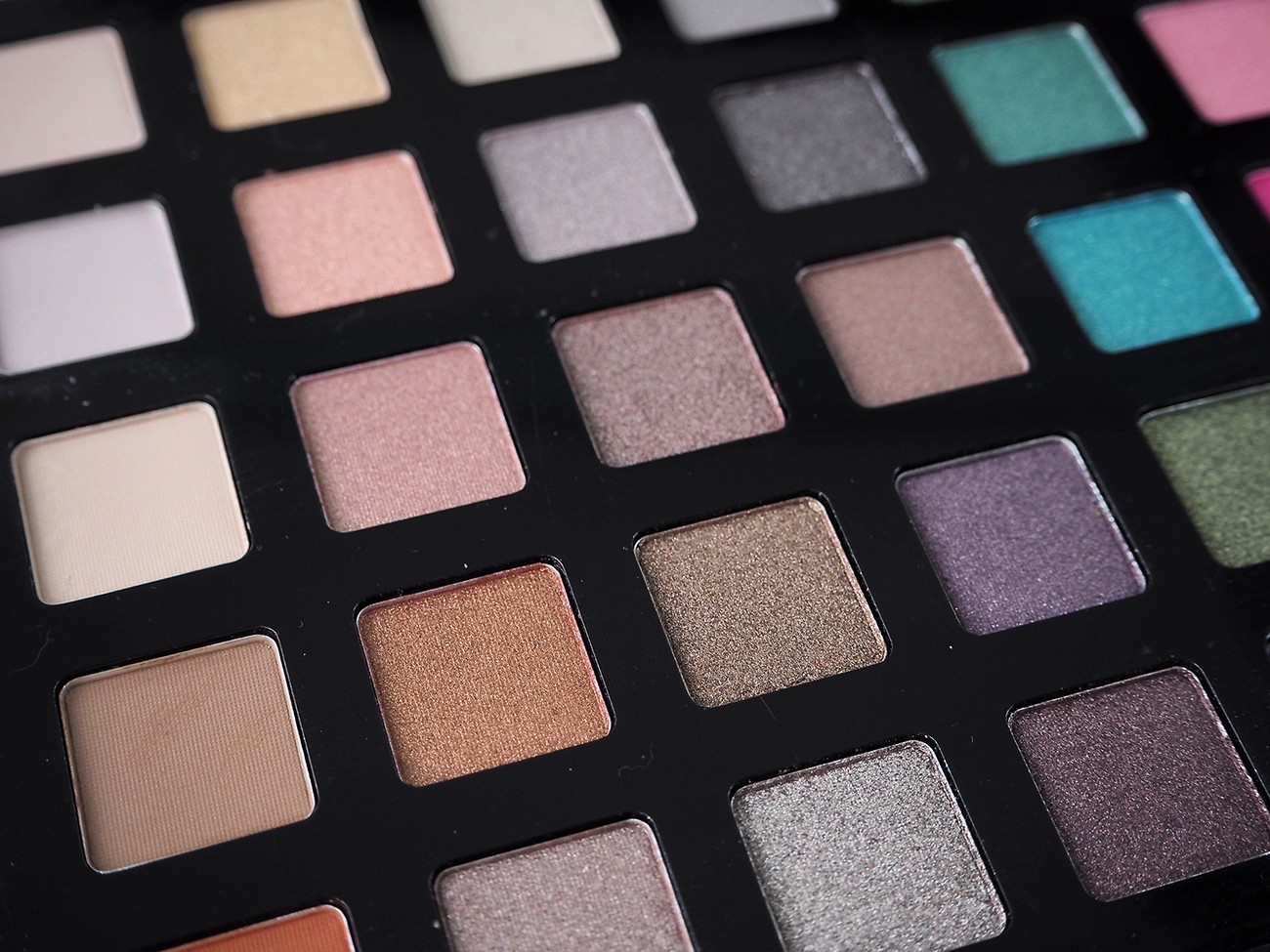 I’ve tried these with and without a primer/ cream eyeshadow and I highly suggest you use a base with these. Without it you get maybe a half a day of wear, but with primer you can extending to the end of the day.
The shape of the packaging is kind of cool. It’s like a tablet computer or a thick folder with an elastic to keep it from opening. The lid is flexible so you can fold it, so you’d have the mirror standing, but it doesn’t work. Besides the mirror is so bad, you simply can’t use it because it completely distorts the image.
It’s sold on Ličila.si for 23.99 €, while international readers will find it on tambeauty.com for £16.80. 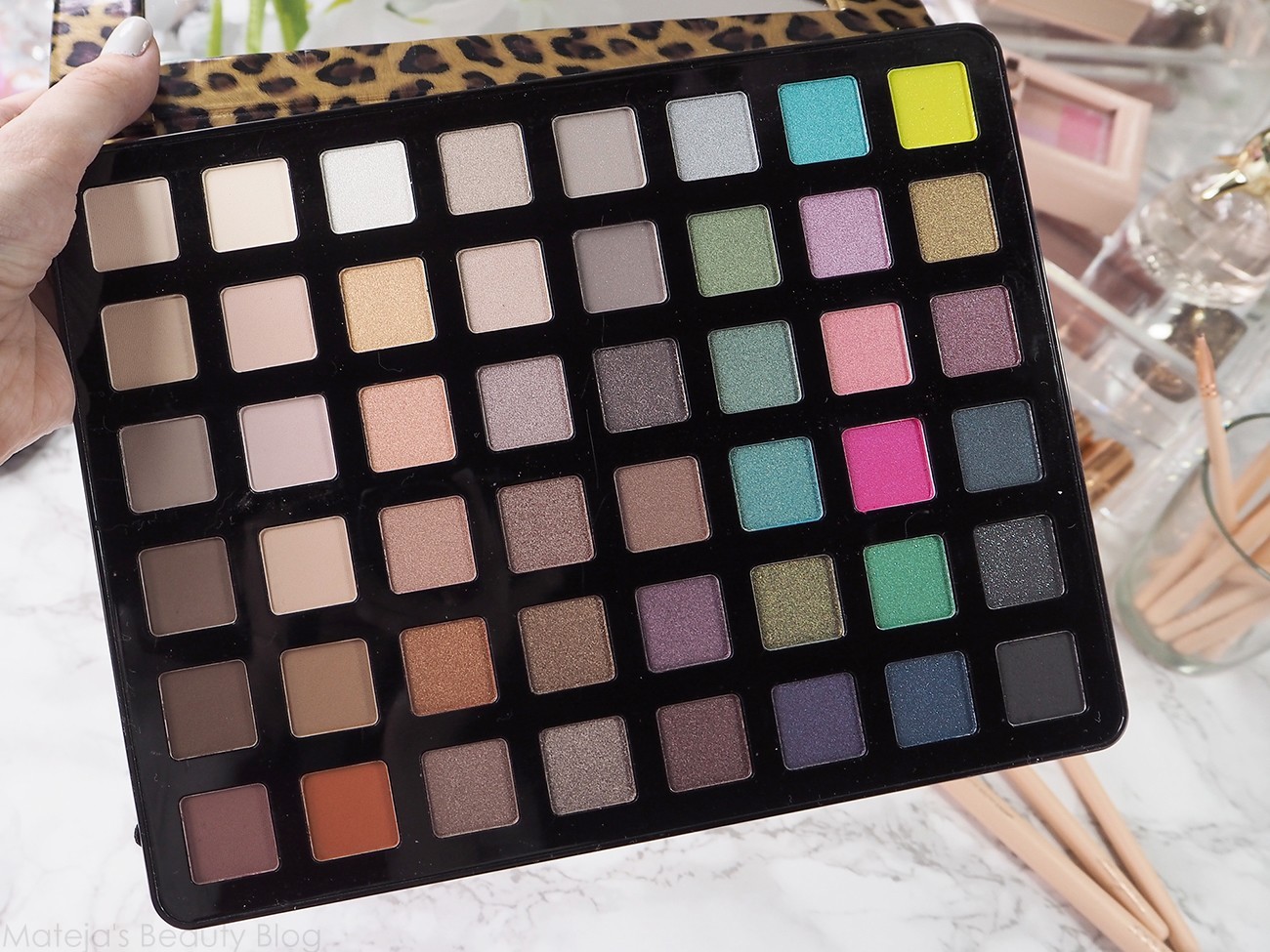 Overall a decent palette with some good performing eyeshadows that will appeal to those who are maybe just getting into makeup or want to expand their eyeshadow collection in the name of experimenting with new colours. Just remember to use a base with these.