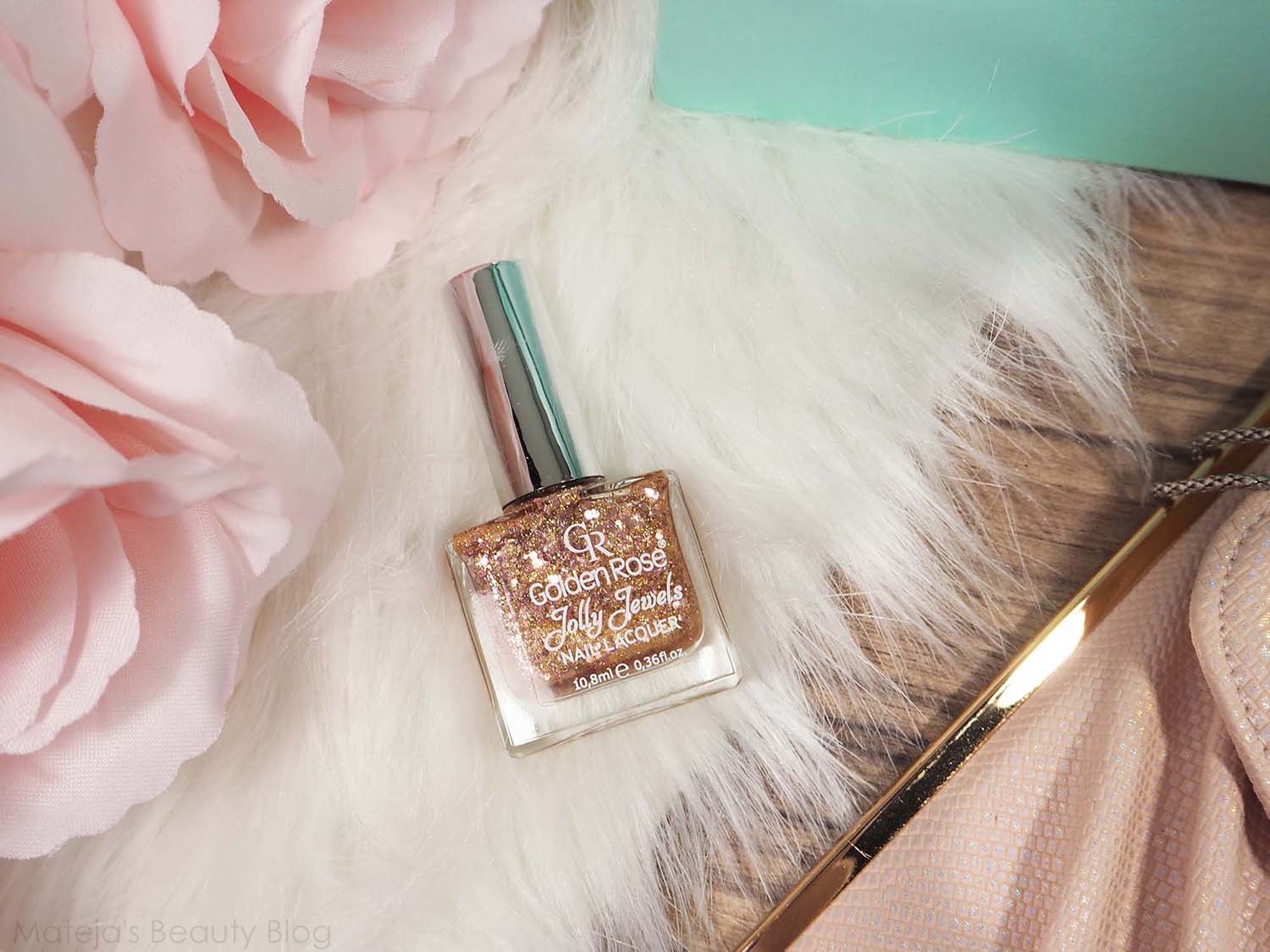 Golden Rose has the most impressive nail polish collection I’ve ever seen. They truly have an astonishing range of colours and finishes from the most basic ones to glitters and a lovely selection of mattes. About a year ago I wanted a dense gold glitter nail polish and this one was closest I could find for an affordable price, though I latter got the perfect one from another brand, which I didn’t even know it existed (Essie Summit of Style), while I wasn’t too happy with this one. 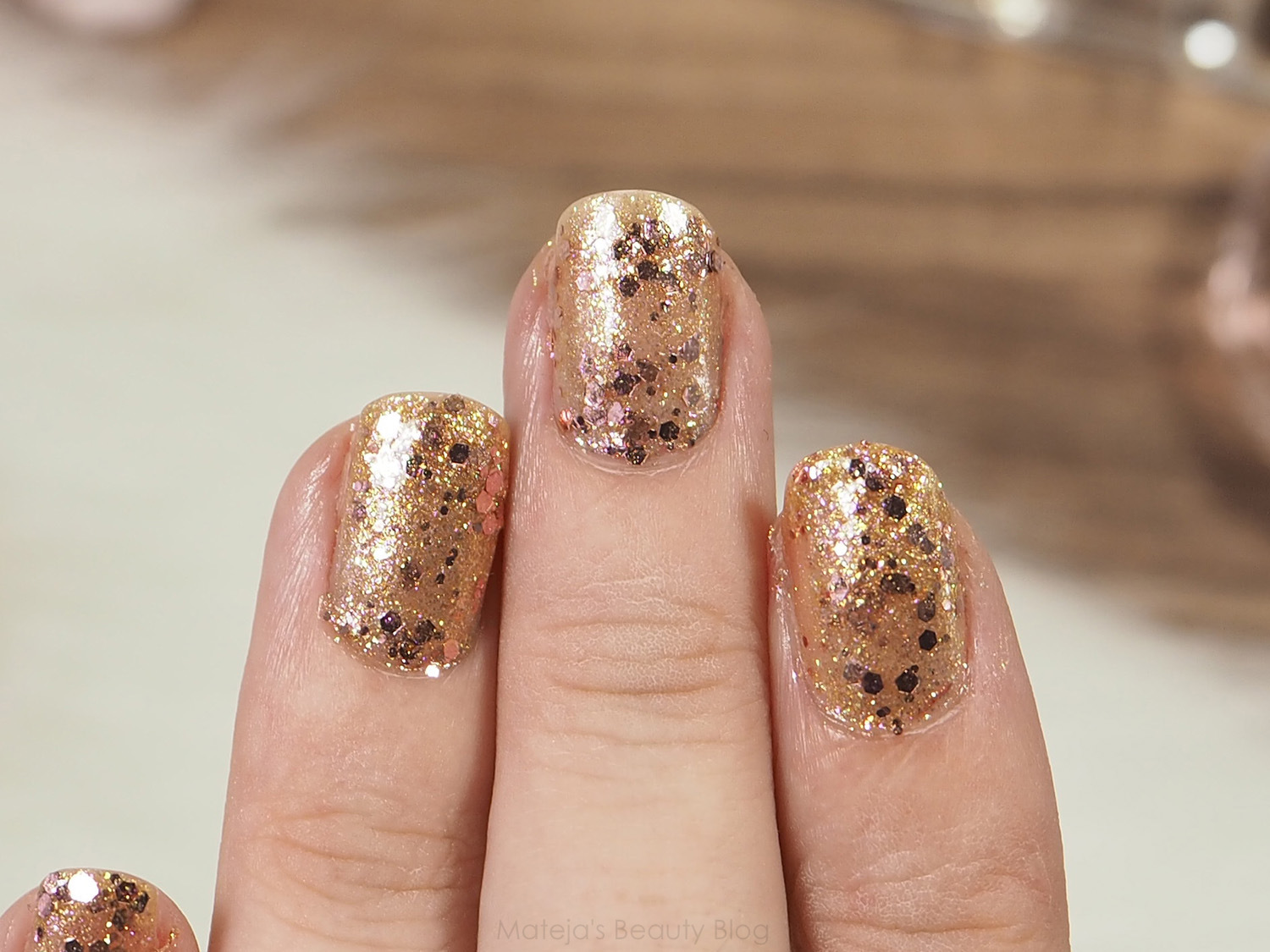 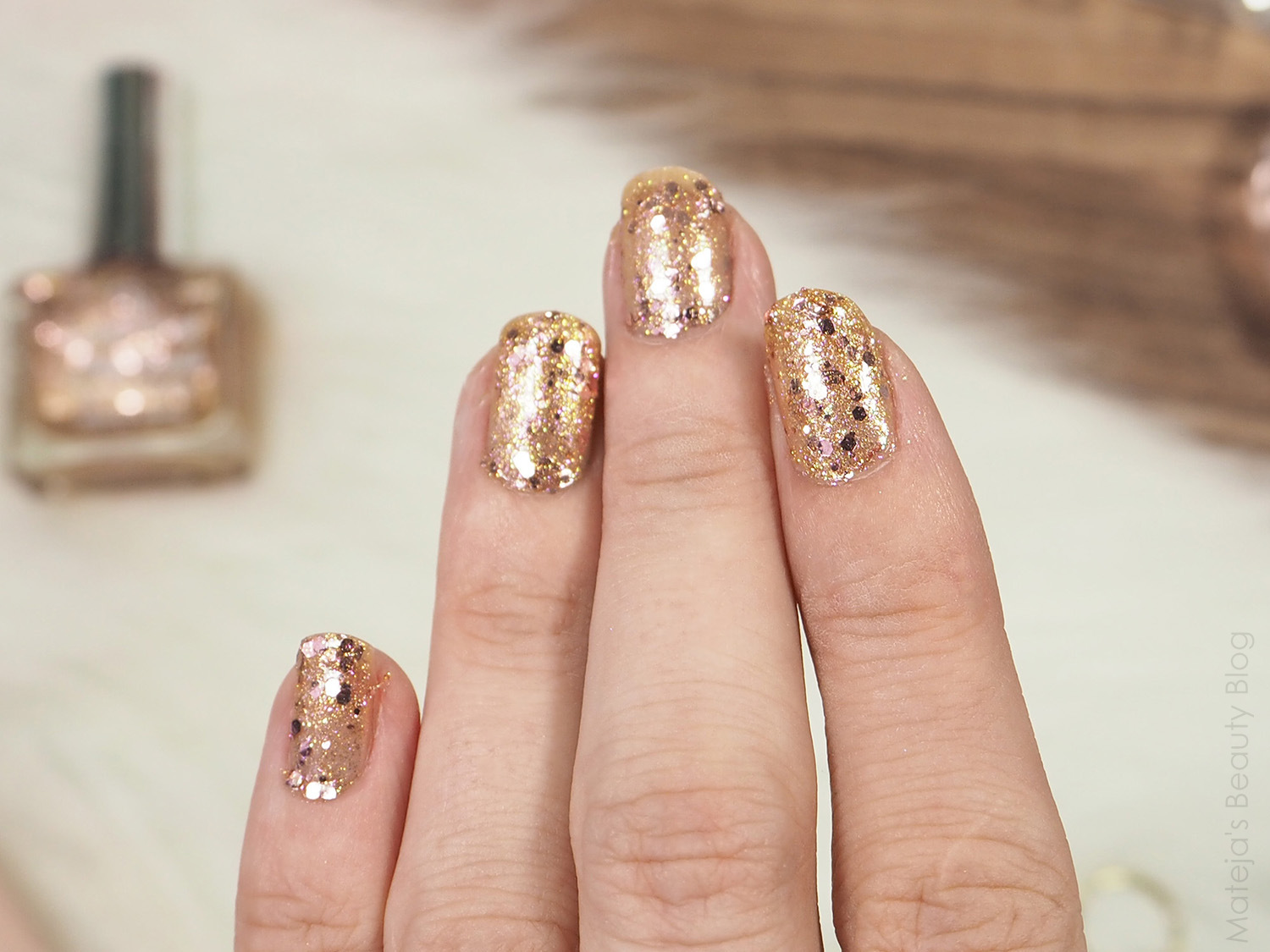 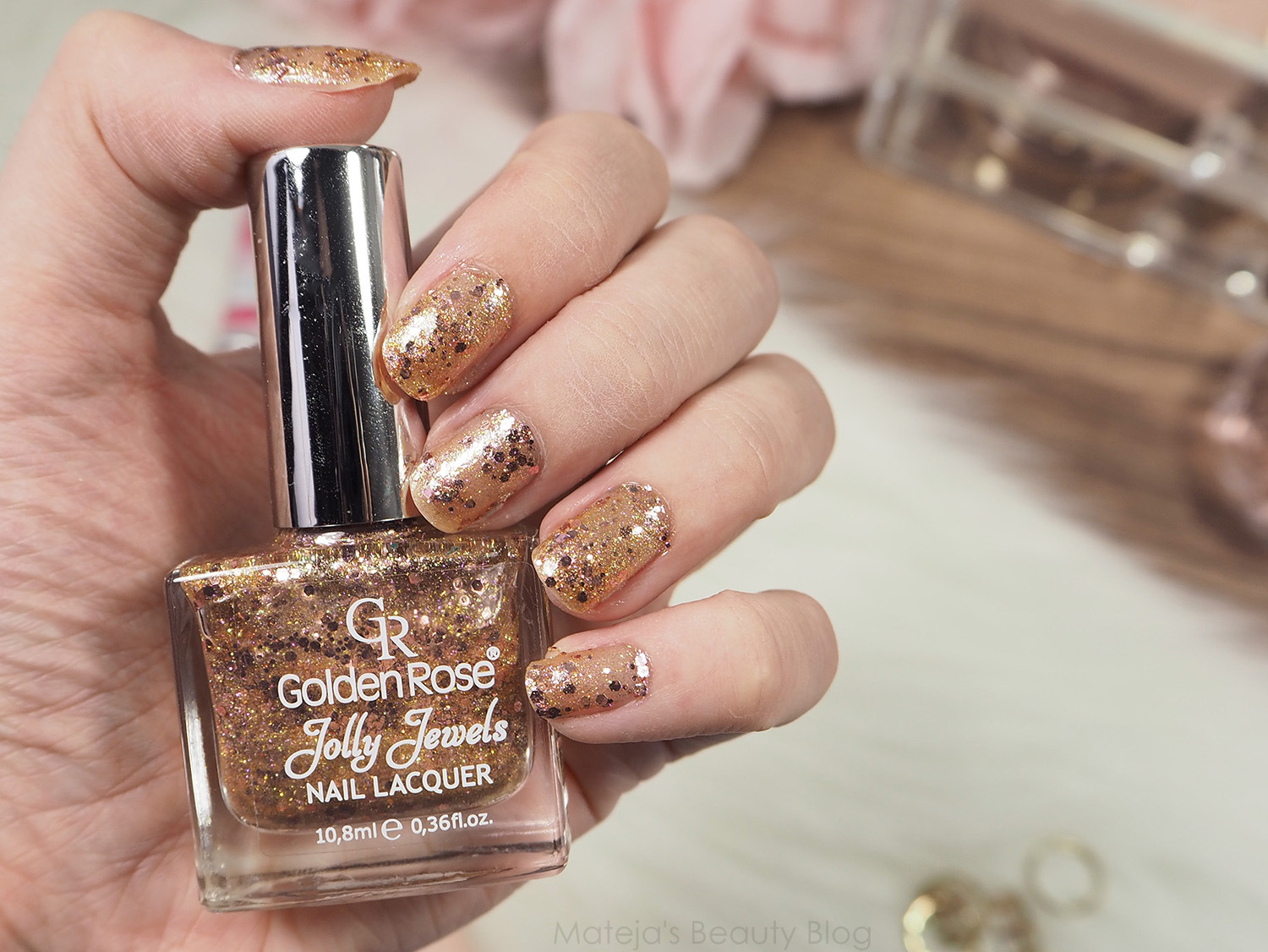 103 has an interesting combination of small gold glitter with large copper hexagons. It looks nice in the bottle, but it isn’t quite as striking in real life. I just feel that the gold glitter/shimmer should be more more of a green gold and it just looks like they put two things together that don’t work well. It’s not fully opaque even with several coats, instead it’s more of a top coat. It sparkles under the artificial light and it’s nice from afar, but up close I don’t think it’s the nicest shade I own. 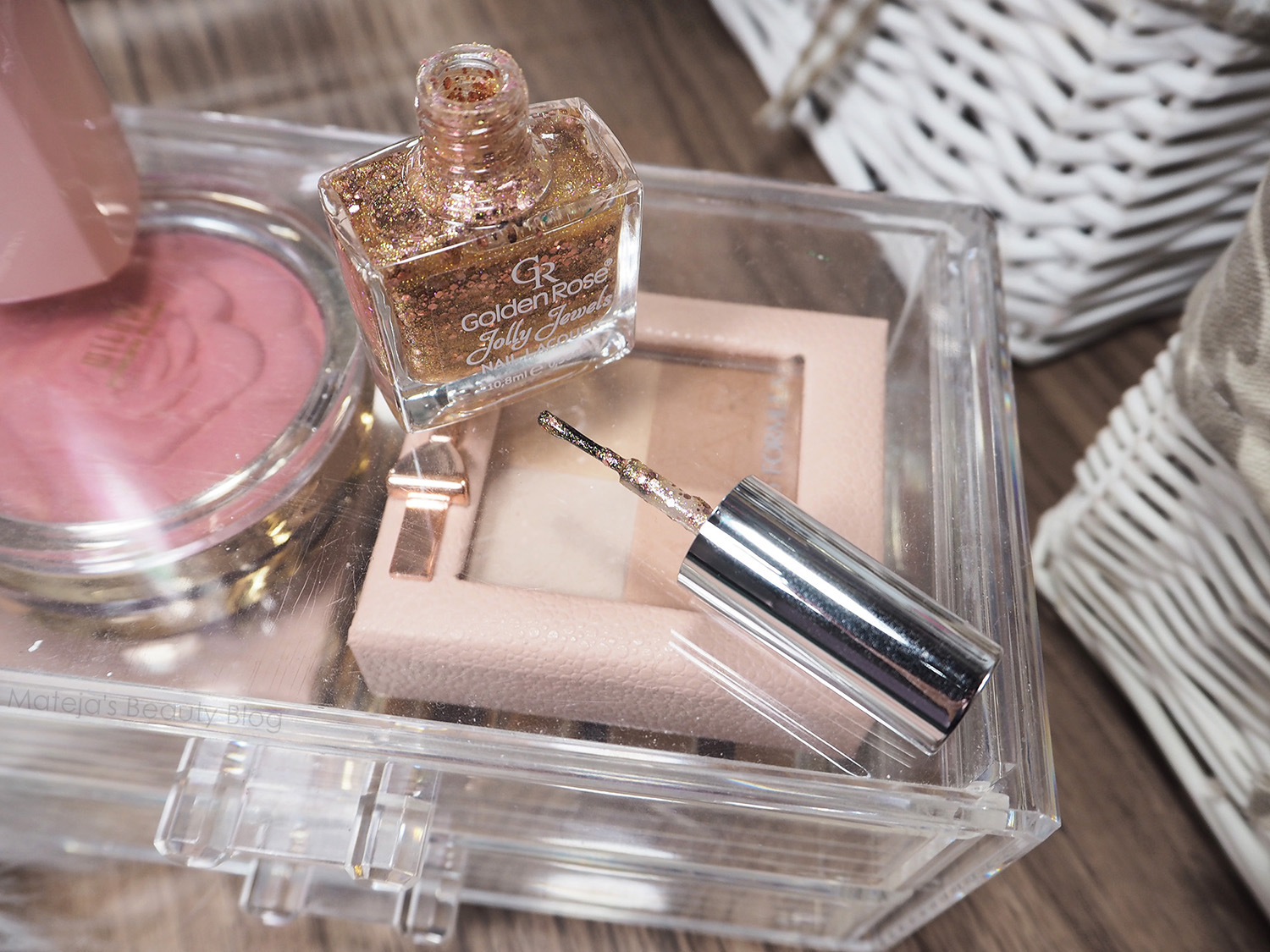 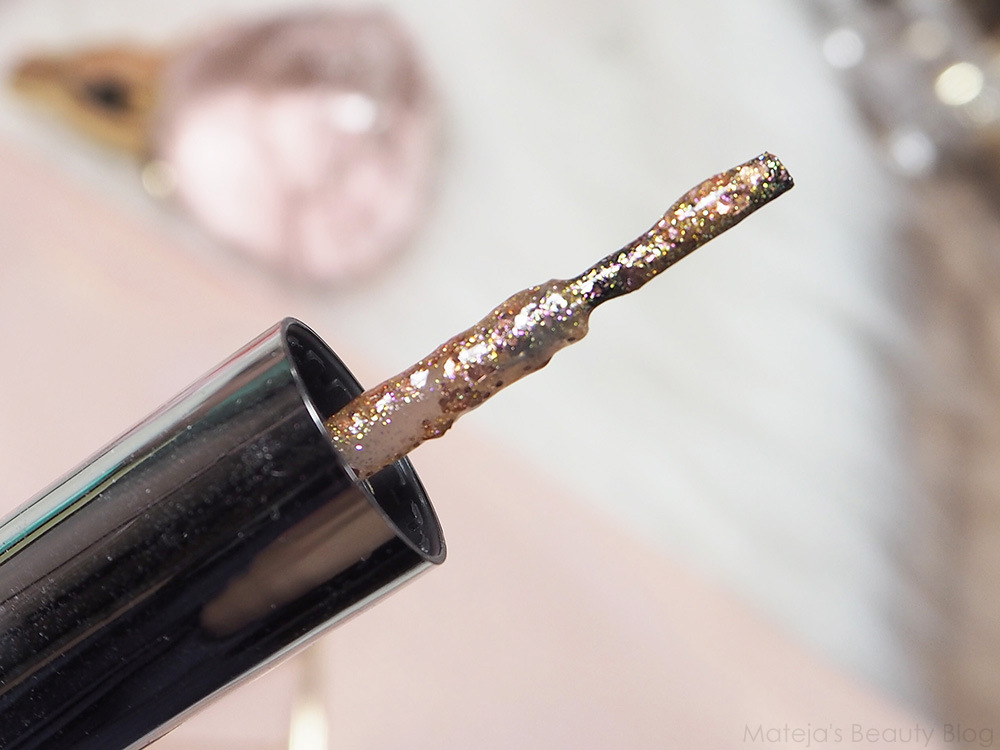 Staying power is obviously amazing as at all glitter polishes. At such shades you’re more worried how you’ll get it off, not how long it will last. The removal process is understandably a nightmare, those copper hexagons stick to the nails so fast you need some ungodly power to get them off (I’ve tried the usual alu foil method, but I still needed to scrape them off). The brush is thin, which I don’t mind at this nail polish because you can pick up individual hexagons and place them where you want. 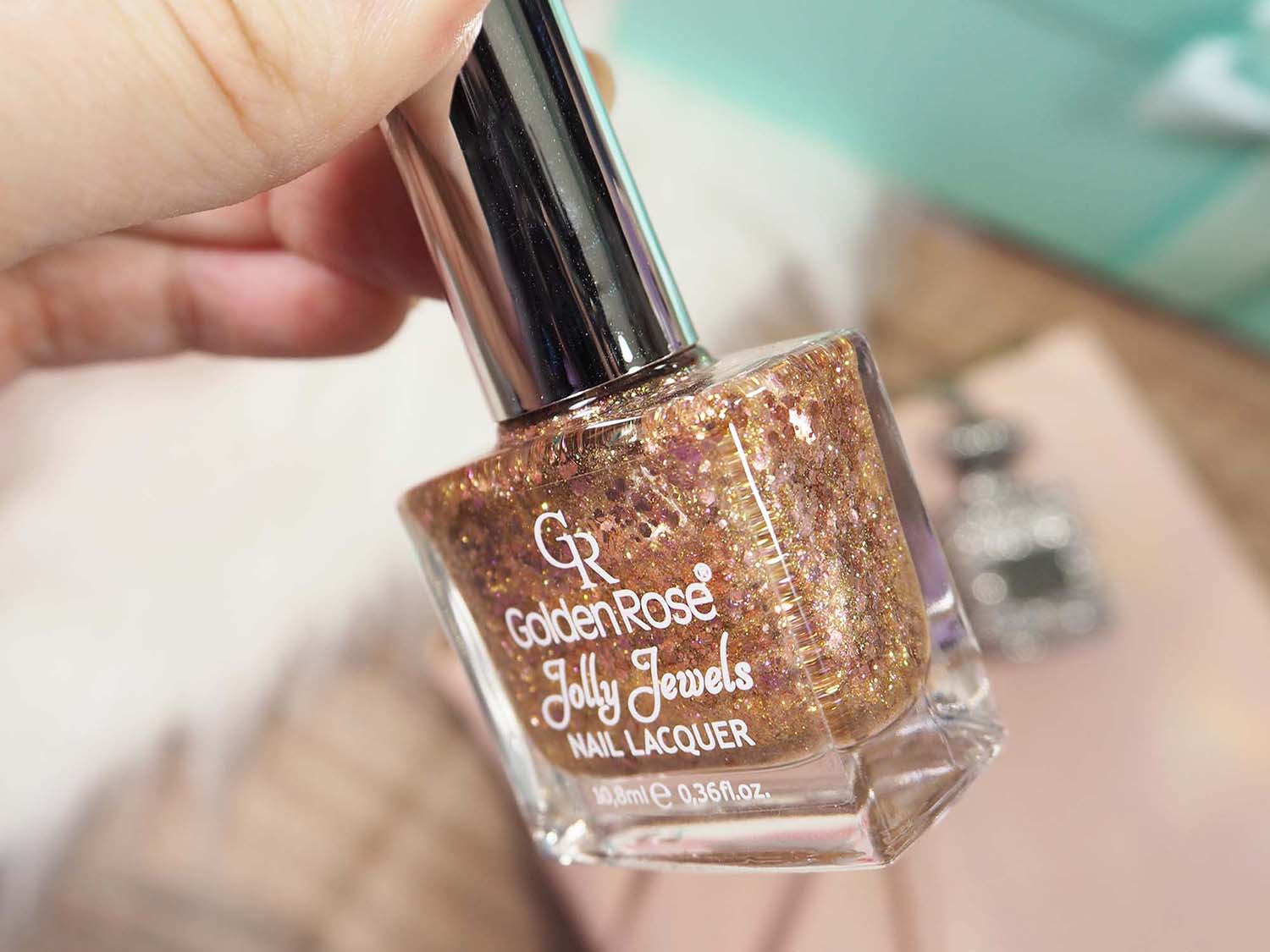 It was 3.10 € on the Golden Rose stand in Citypark Ljubljana. Not the cheapest, but I think this is one of their more expensive nail polishes as their classic ones were about a euro.
Have a great day!