You are here: Home / fragrance / Hugo Boss The Scent for Her 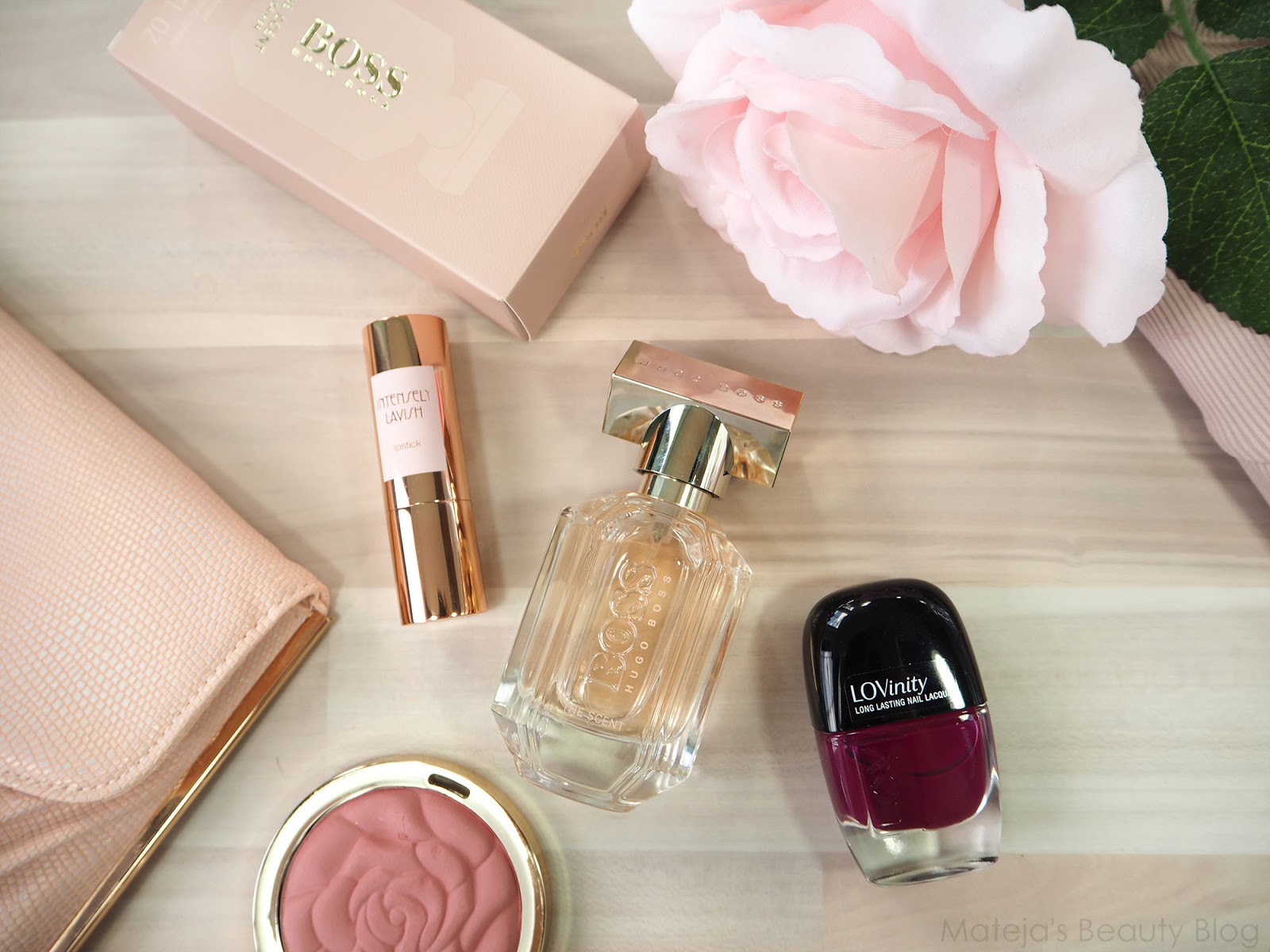 It’s no secret I’m a big fan of anything with peach, so when I first saw the news about this fragrance, which caught my eye instantly because of the gorgeous bottle and after I checked the notes on Fragrantica, I was desperate to track it down. Luckily Hugo Boss isn’t one of those brands that teases with a new product long before it’s available in Slovenia, so I found it in a matter of weeks in Müller and believe me it was love at first spray, something that rarely happens to me and it’s more common that I warm up to the fragrance in time, even though I adore perfumes probably as much as matte liquid lipsticks. This is actually the spin-off of the original The Scent, a male fragrance, released a year before. 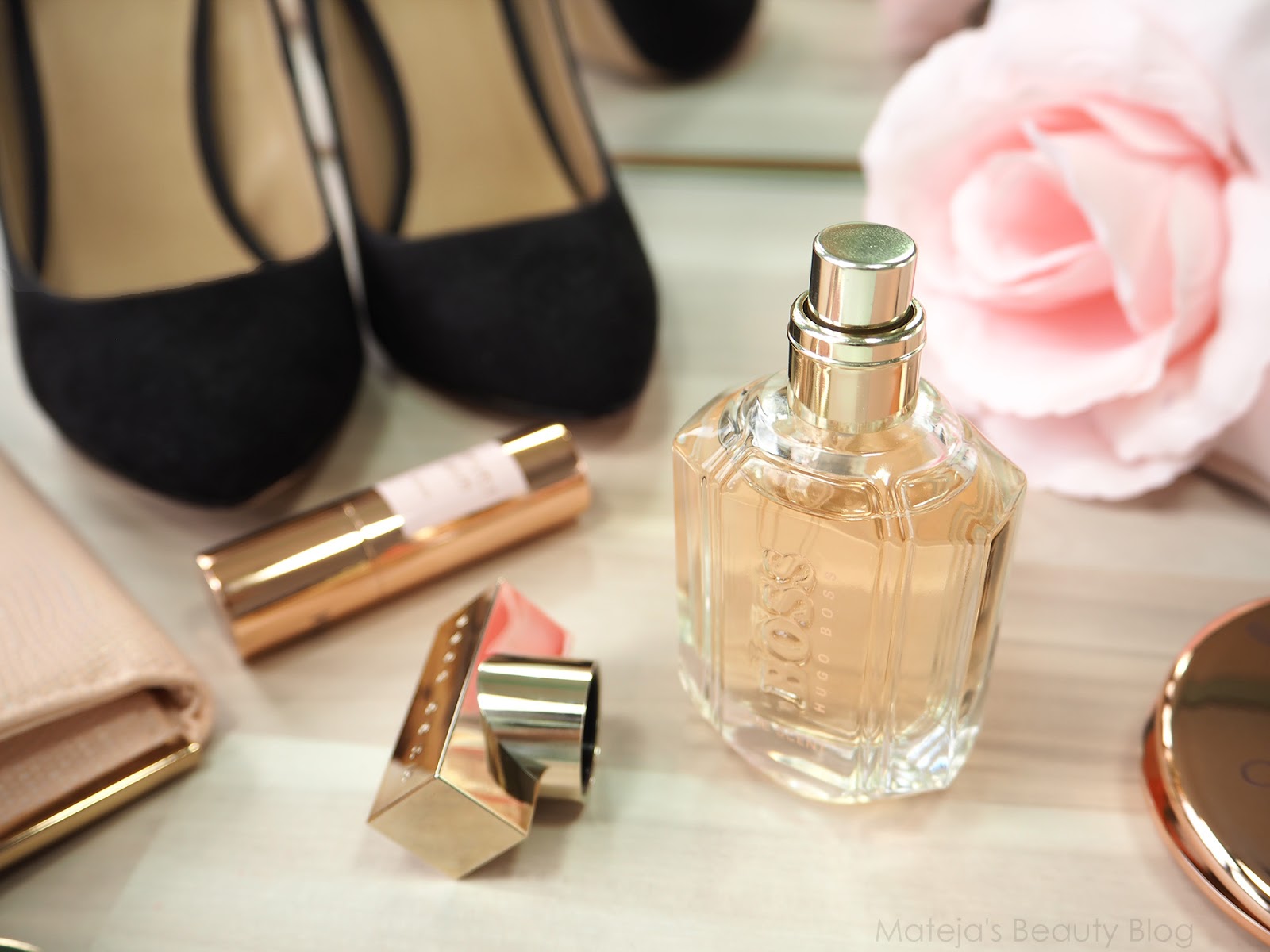 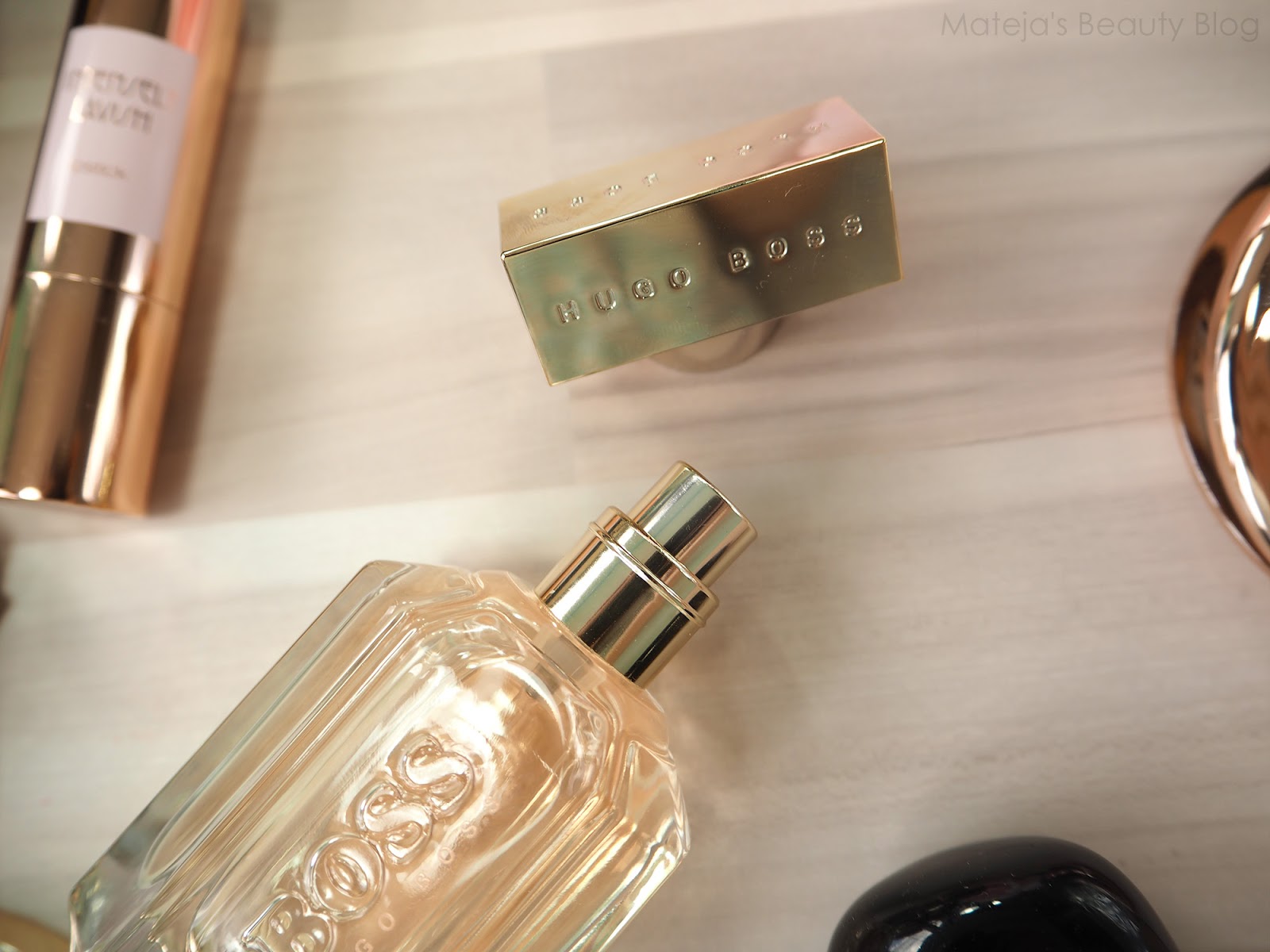 The Scent for Her starts with a strong peach note burst, which is even juicier than in Boss Nuit Pour Femme, but it’s not such a fresh interpretation as The Body Shop’s Vineyard Peach boasts with. What happens next is to me who’s been a fan of Boss fragrances since her teens, a very new twist on the typical clean white floral notes that we encounter in some of Bosses previous scents and the difference is that there is a lot more warmth to it, but it’s not from the boring vanilla everyone is using in their perfumes, instead it’s from cocoa. It’s not the steamy hot cup of cocoa version, but more like in its original form. I feel most won’t even recognise it as cocoa, while those who love Paco Rabanne Black XS might find it familiar (though in that fragrance it’s hidden behind the heavy layer of patchouli) but it definitely sets it apart from the vanilla, amber, wood and musk bases. What it is is basically another in the long line of Boss’ office appropriate, “clean with a fruity-floral twist” scent that won’t offend anyone, but I adore it. 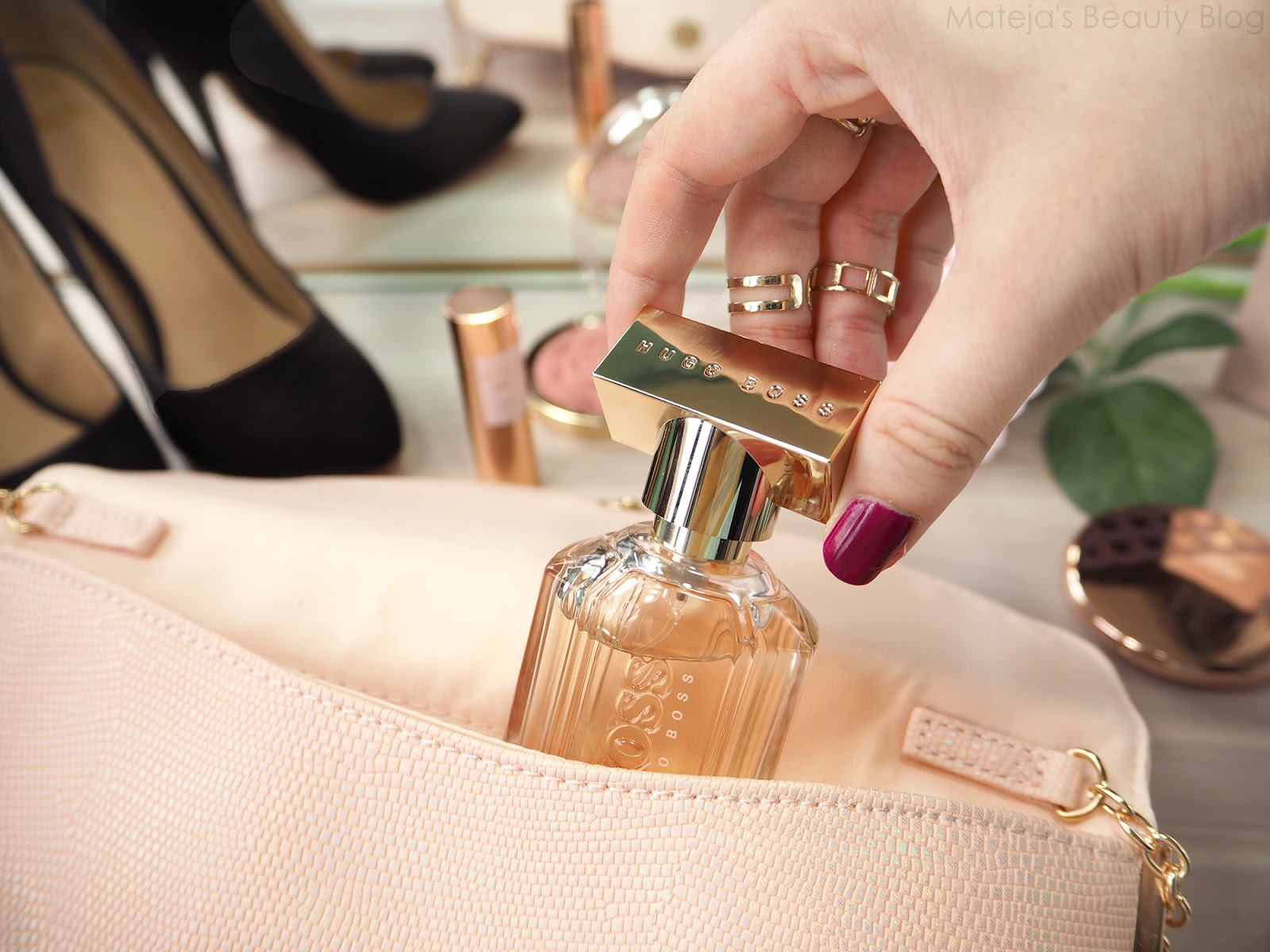 As much as I was disappointed with the staying power the first time I tried it, since I got it I realised it lasts much longer than I initially thought. It lasts several hours, though mostly close to the skin, but on the clothes and hair it can last a day or two. By the way it’s an eau de parfum. 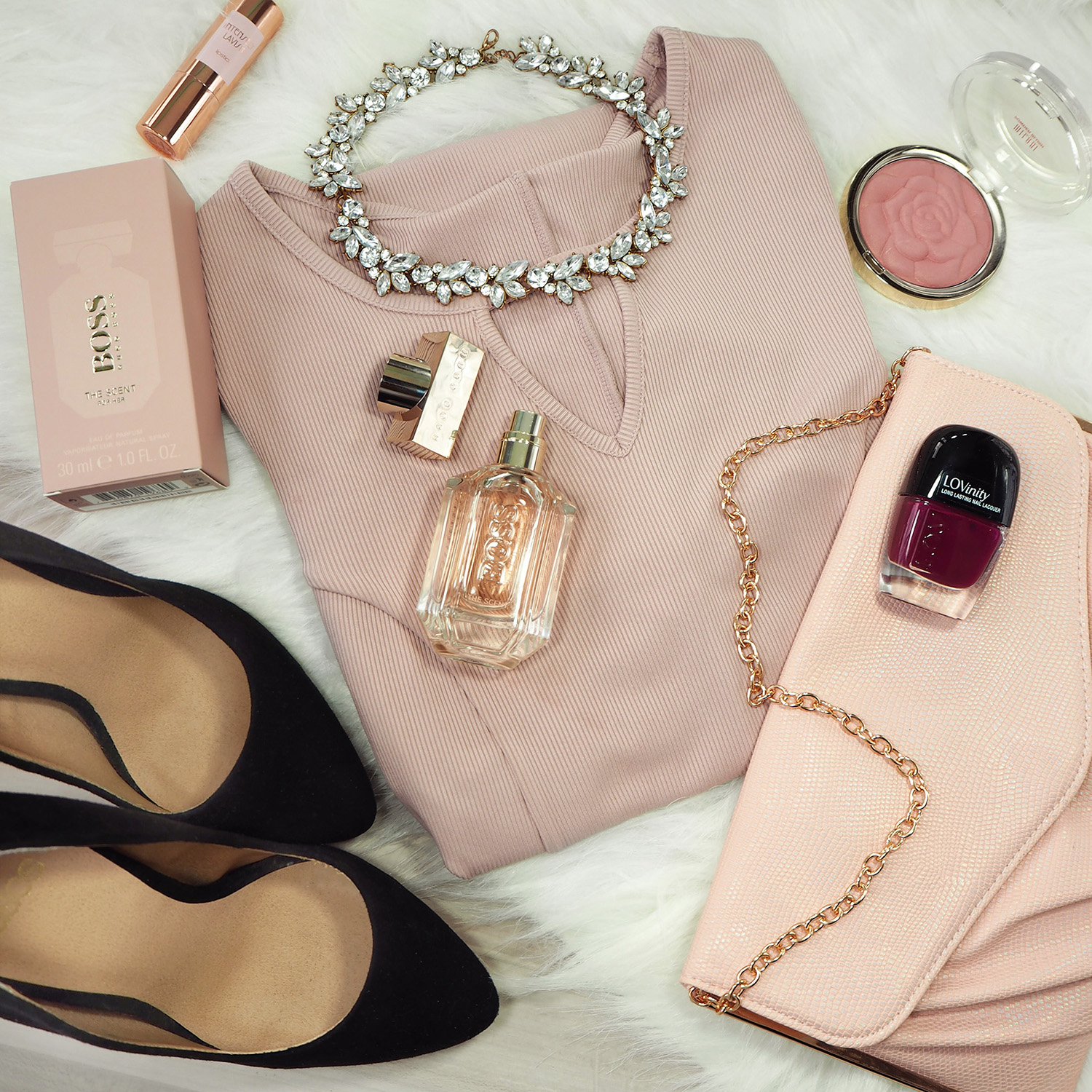 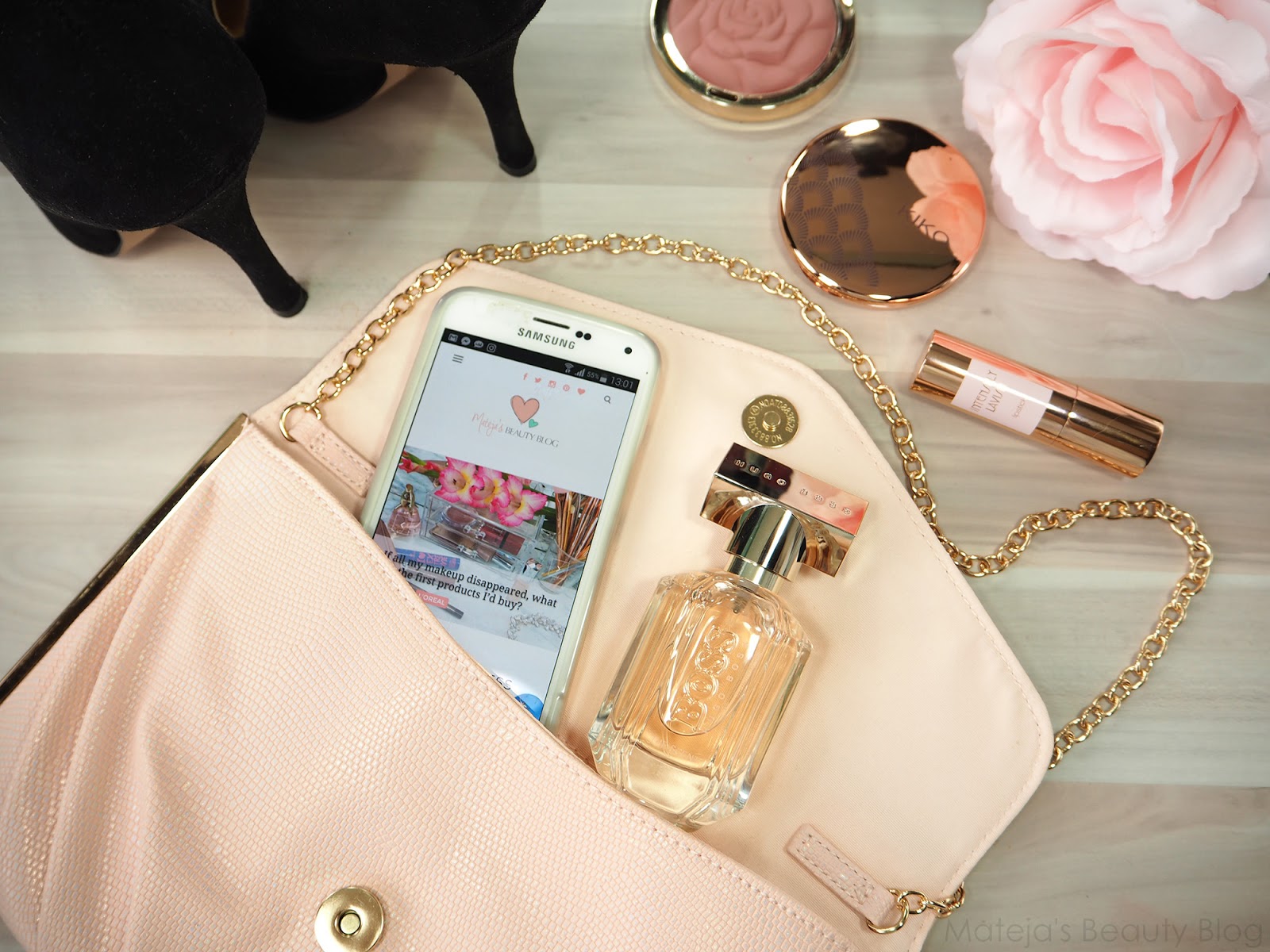 The bottle was the first thing that caught my attention, primarily because Hugo Boss makes less ornate bottles with little metal, but this one could easily be from Chloe, Dior, Elle Saab and many others, the point is that it looks a lot more glamorous than usual (though Nuit pour Femme and Ma Vie look gorgeous as well). The great thing is that all three versions of quantities look equally pretty, not like at Olympea whose 30 ml bottle looks a lot less pretty than the bigger sizes that feature metal. This is proudly displayed on my vanity. The box it comes in is also in the perfect shade of muted pink. 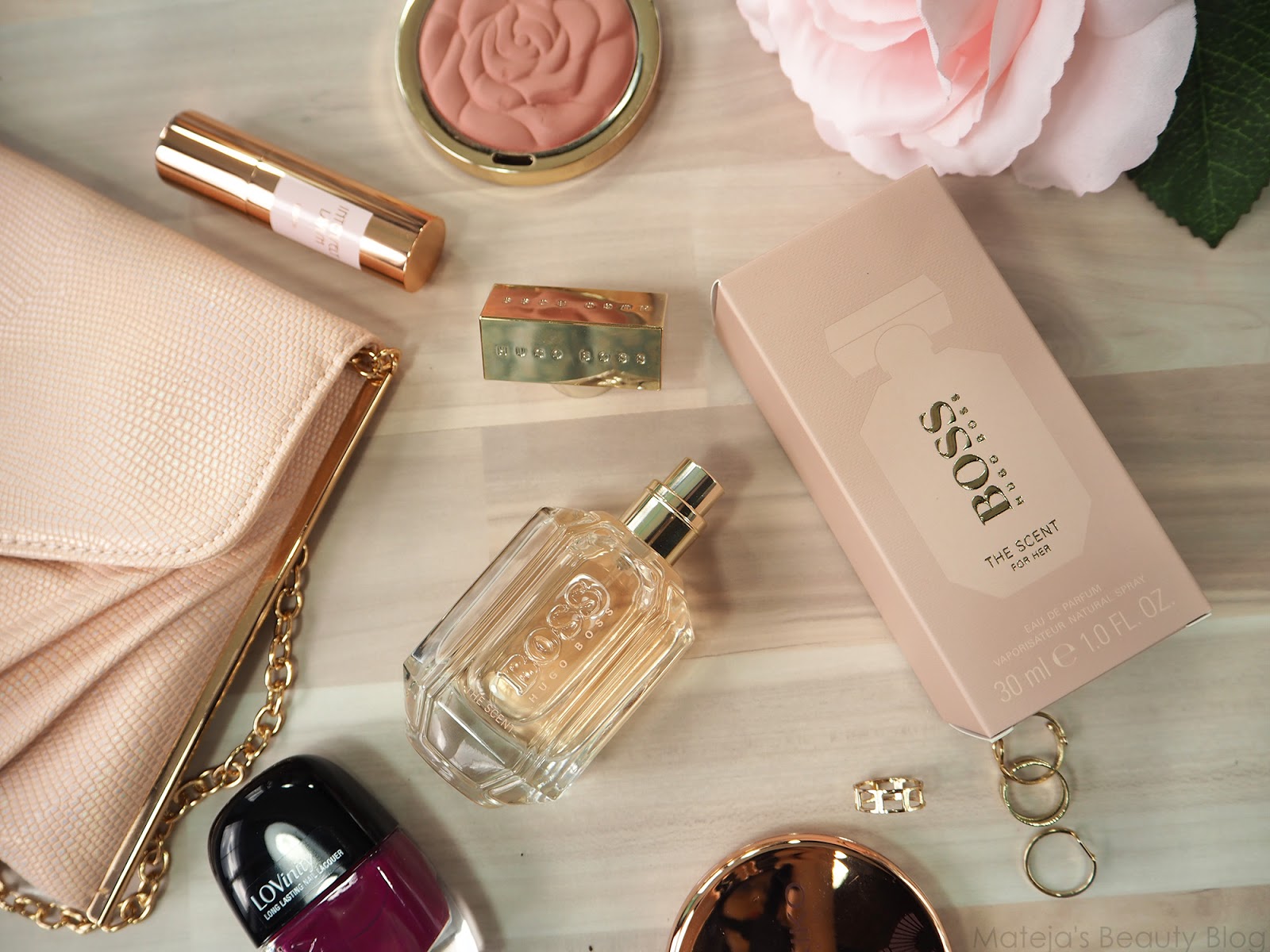 Prices for Hugo Boss tend to fall more rapidly than for other brands so expect great deals on online shops in the next year(s). I got mine 30 % off in Müller, but it’s more expensive than is expected for a Boss fragrance and that’s because this is an eau de parfum. In Müller full price for 30 ml is 61 €, for 50 ml is around 80 € and for 80 ml is about a 100 €. I probably could get a much better deal if I waited at least a year, but I simply had to have it as soon as possible. 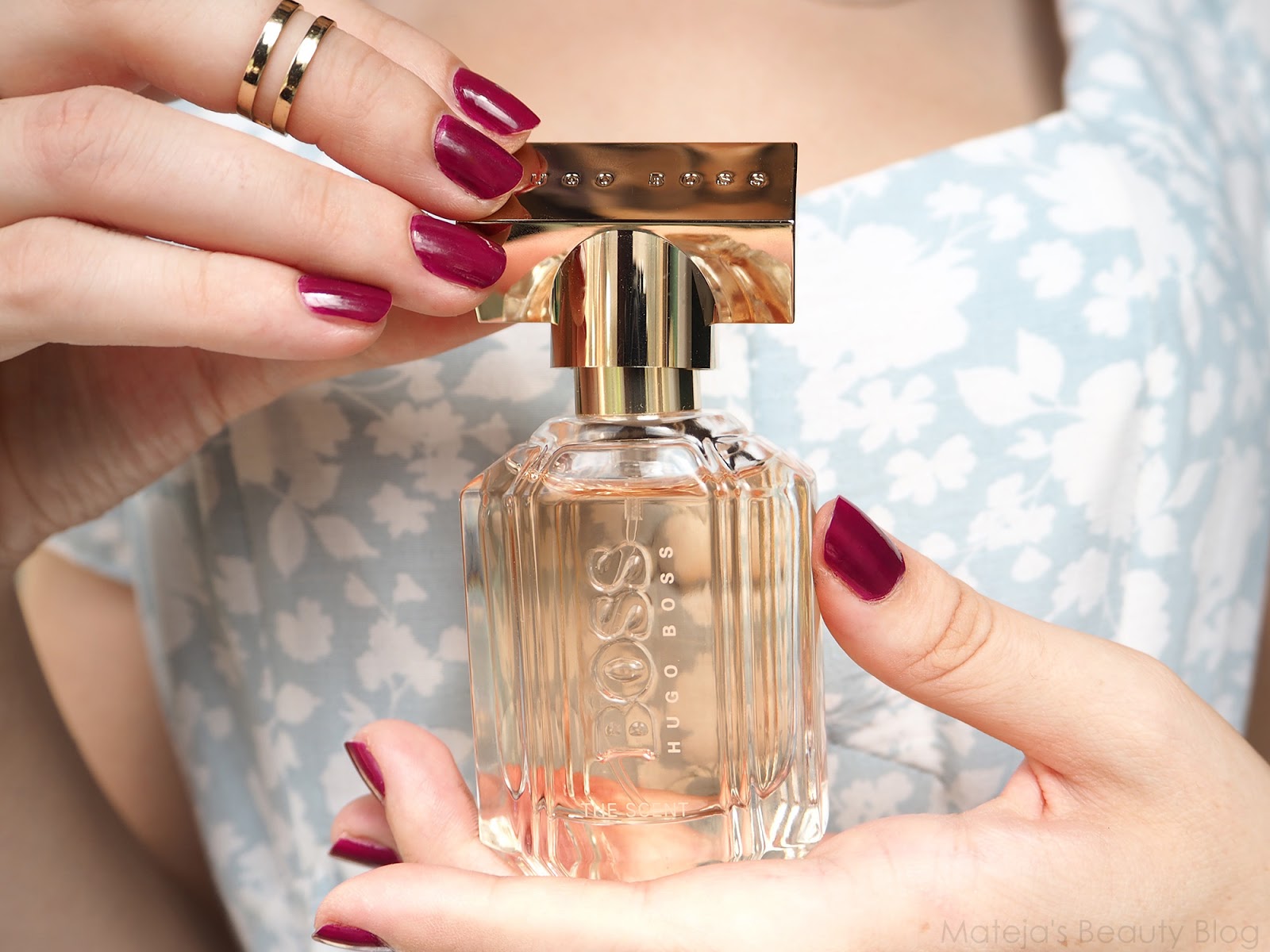 Too long, didn’t read version:
The scent is an inoffensive, typical, but not really typical Hugo Boss fragrance that’s again a shampoo type of scent with a strong note of peach in the beginning and a more floral-gentle cocoa combination. A lot might find it boring, but it stands out among Boss fragrances.
Have a great day!