You are here: Home / eyeshadow / Jordana Made to Last Liquid Eyeshadow 04 Uphold Gold 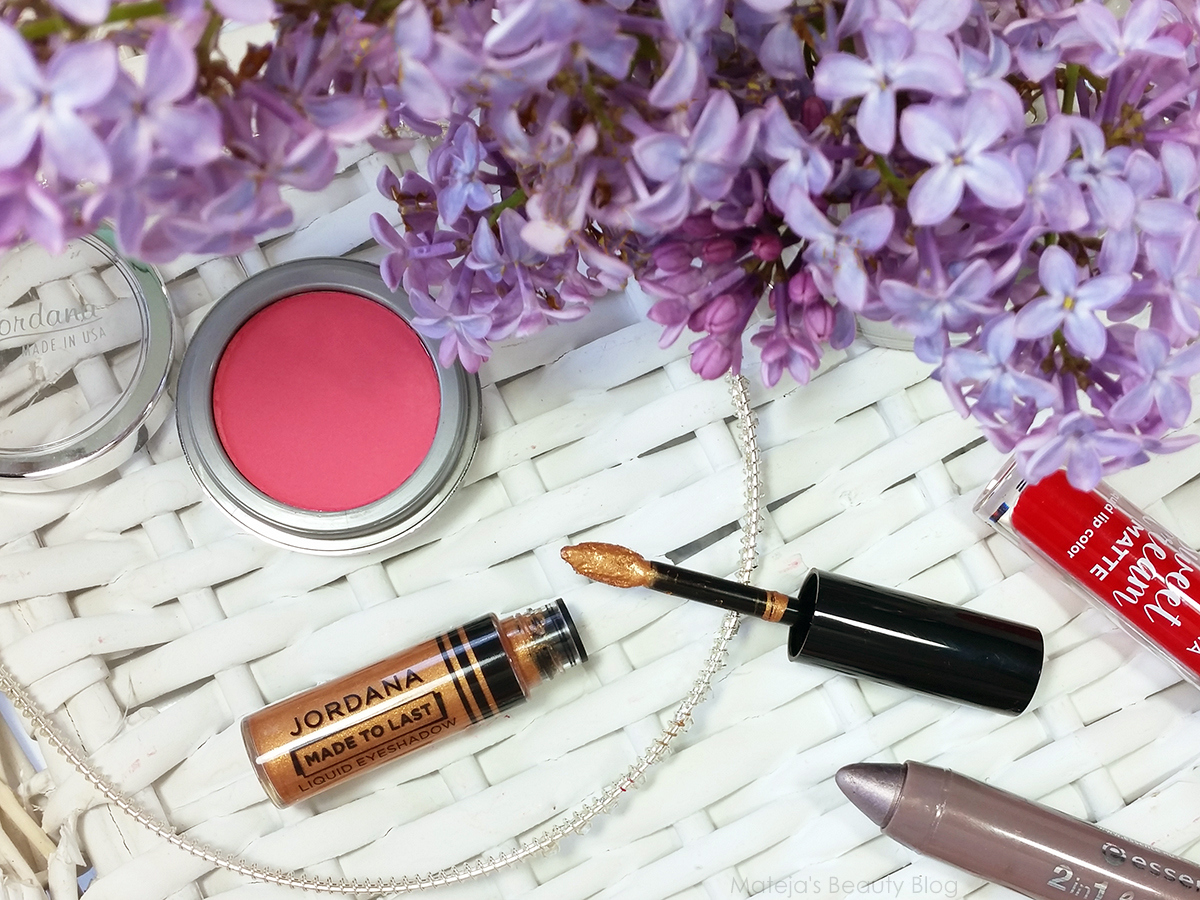 Jordana quite recently released a batch of liquid eyeshadows, all in neutral shades and with a metallic look. My experience with liquid eyeshadows aren’t the best, in fact they discouraged me from buying them and I opted for proper creamy eyeshadows instead. I have to say these are a massive step up and there is none of the super creasy texture that ever sets. These are super, super shimmery – seriously I have nothing as shimmery in my collection and for a reason, since I’m not a fan of shimmer, but if you like proper glamorous eyeshadow that almost look like a glitter eyeliner, you’ll like these. Texture: The texture is very liquid which means the product moves easily on the lids during application, but once it sets, it doesn’t move, slip into creases or smudge. Unfortunately the stopper is too wide, which means there is way too much product on the applicator for one lid, meaning you can’t apply and blend the eyeshadow with it, instead you have to dot the tinniest amount of product and blend it either with fingers or a brush. First layer is sheer, but very, very shimmery. It’s wise to wait for the product to set before applying a second layer or else the product will move, creating a bare patch. Second layer creates a more metallic, opaque effect, but still with a ton of shimmer. On me the shimmer ends up absolutely everywhere (my pet peeve with shimmer eyeshadows and such other products), which is why I would apply foundation after eye makeup. 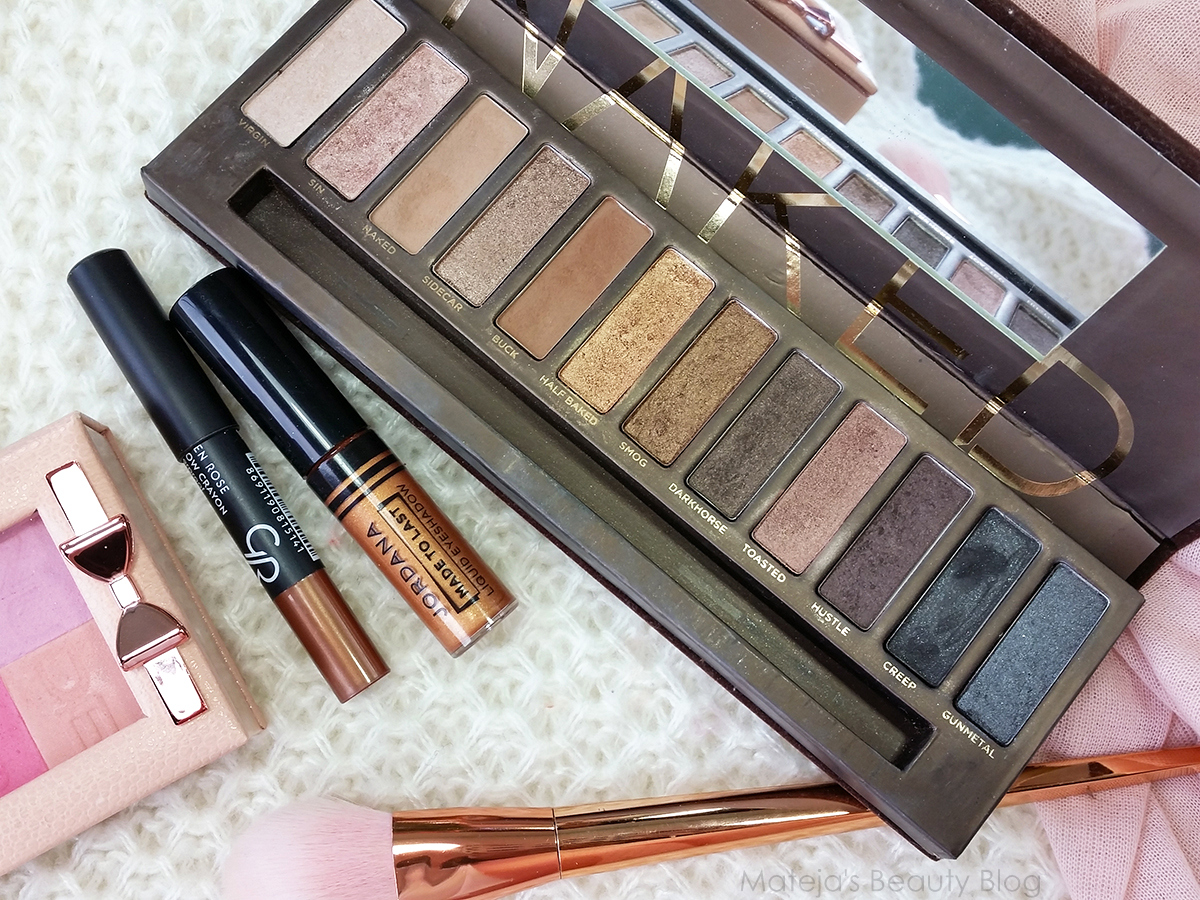 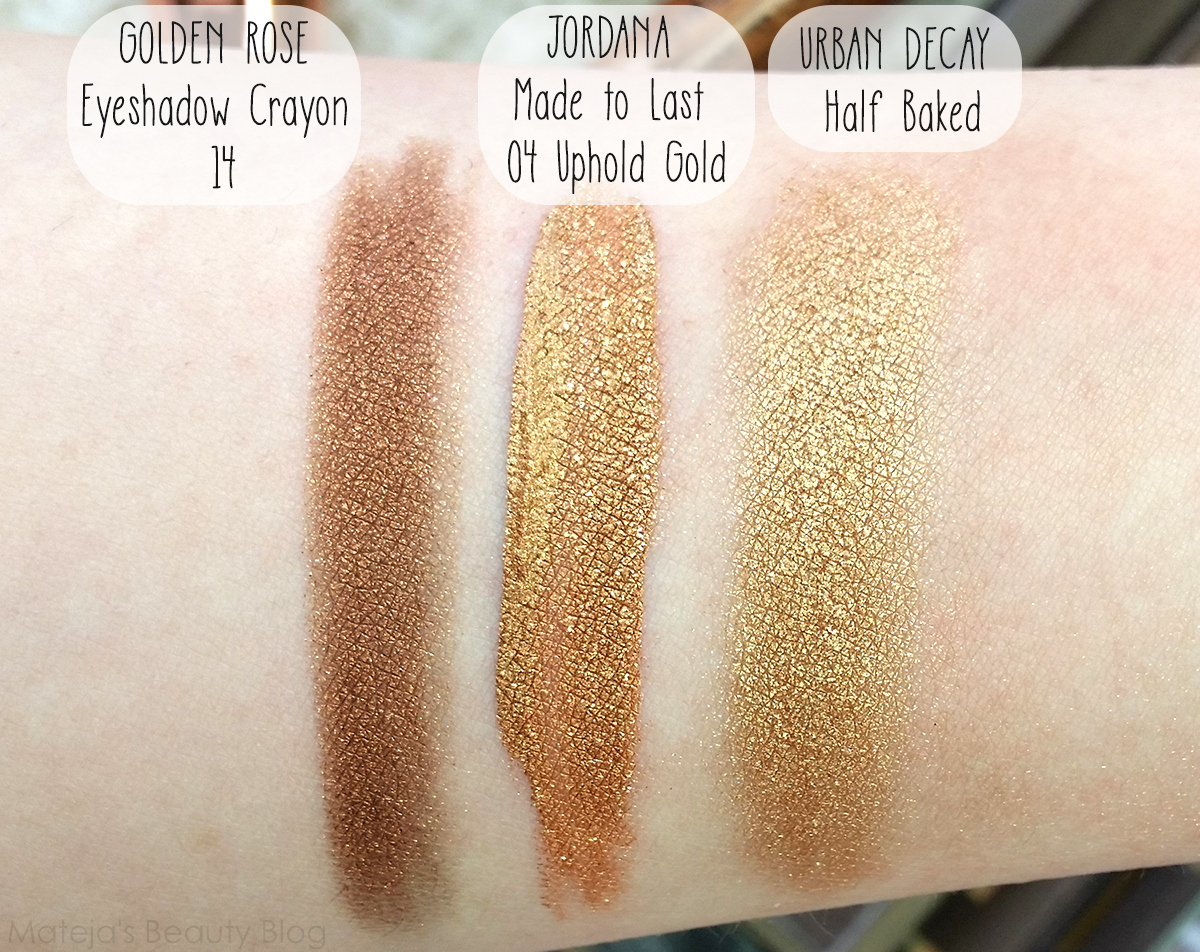 Colour and finish: My shade 04 Uphold Gold is the warmest in the bunch and it’s a coppery gold brown with a ton of gold shimmer. I imagine it looks more golden on people who aren’t as pale as me, but on me it’s already leaning to orange as it usually happens to me with such shades, hence why it would be my first choice among the shades available. I hope you can see the shimmer in pictures, but my camera only picked up a fraction of it. Under the light, the lids seriously glitter. 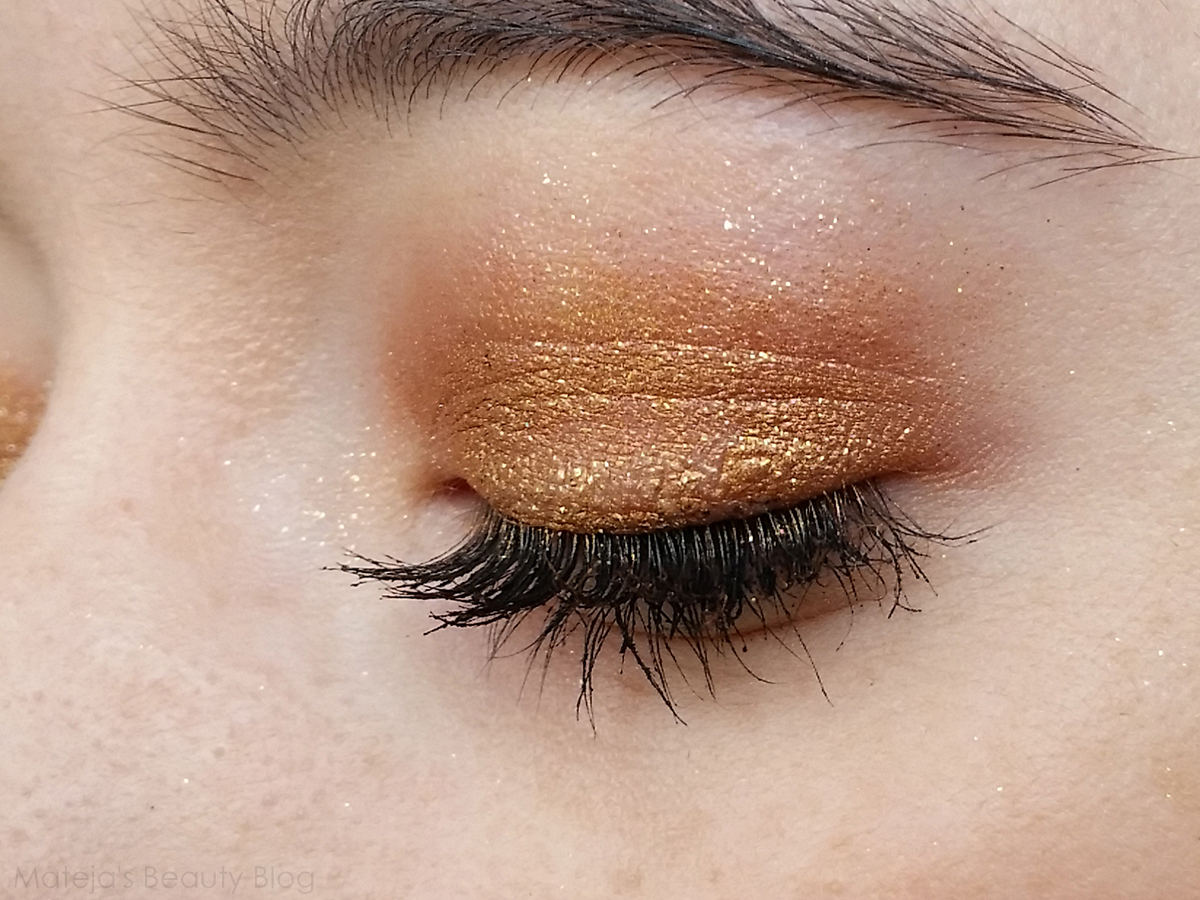 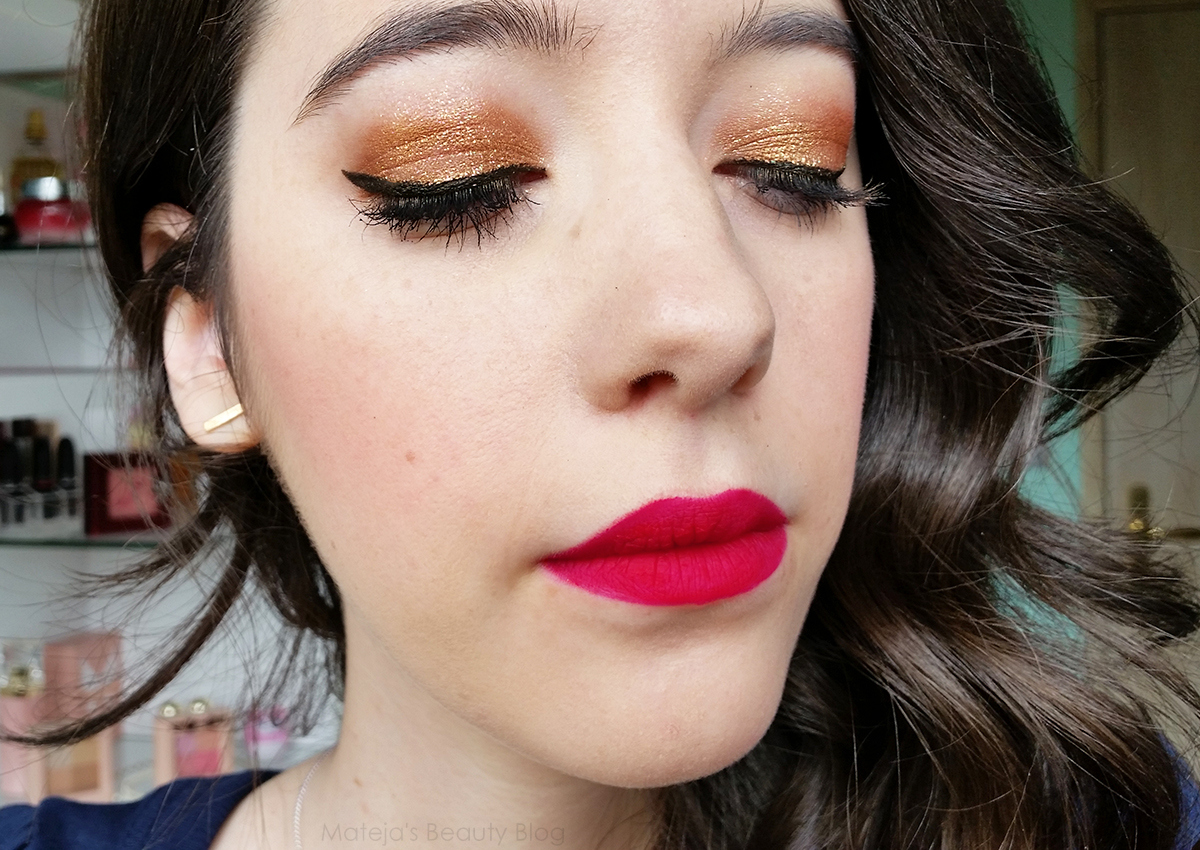 Jordana Blush Powder 45 Apple Cheeks and Jordana Sweet Cream Matte Liquid Lip Colour 06 Cherry Cobler.
Staying power: It lasts all day with no bigger issues on my normal lids, though the colour does fade to a degree, the shimmer, however, remains stuck on the lids. The colour does sometimes start to gather around the bigger shimmer particles, but on me that’s not that obvious, however, this could present itself as a bigger problem on oily lids. On me it doesn’t crease, but it transfers on the eyeliner. On the picture bellow it’s been on my lids for six hours. 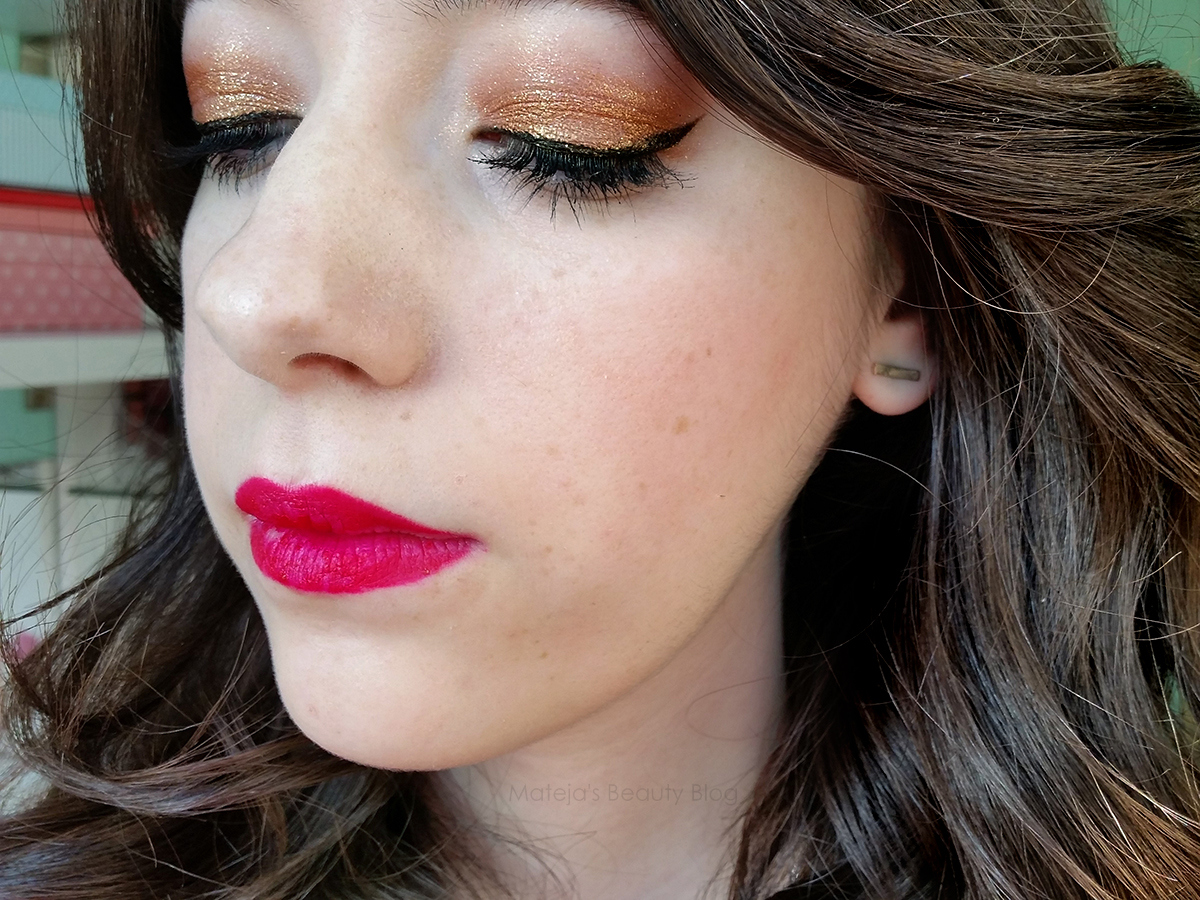 Packaging: A classic “lip gloss tube” with a doe foot applicator, which the manufacturer describes as lemon shaped. As I said the stopper is too big meaning that there is too much product on the applicator and despite the supposed special shape of applicator that should help with the application, you can’t actually use it they way it should be. Apart from that it’s a decent packaging that doesn’t leak and isn’t loose. 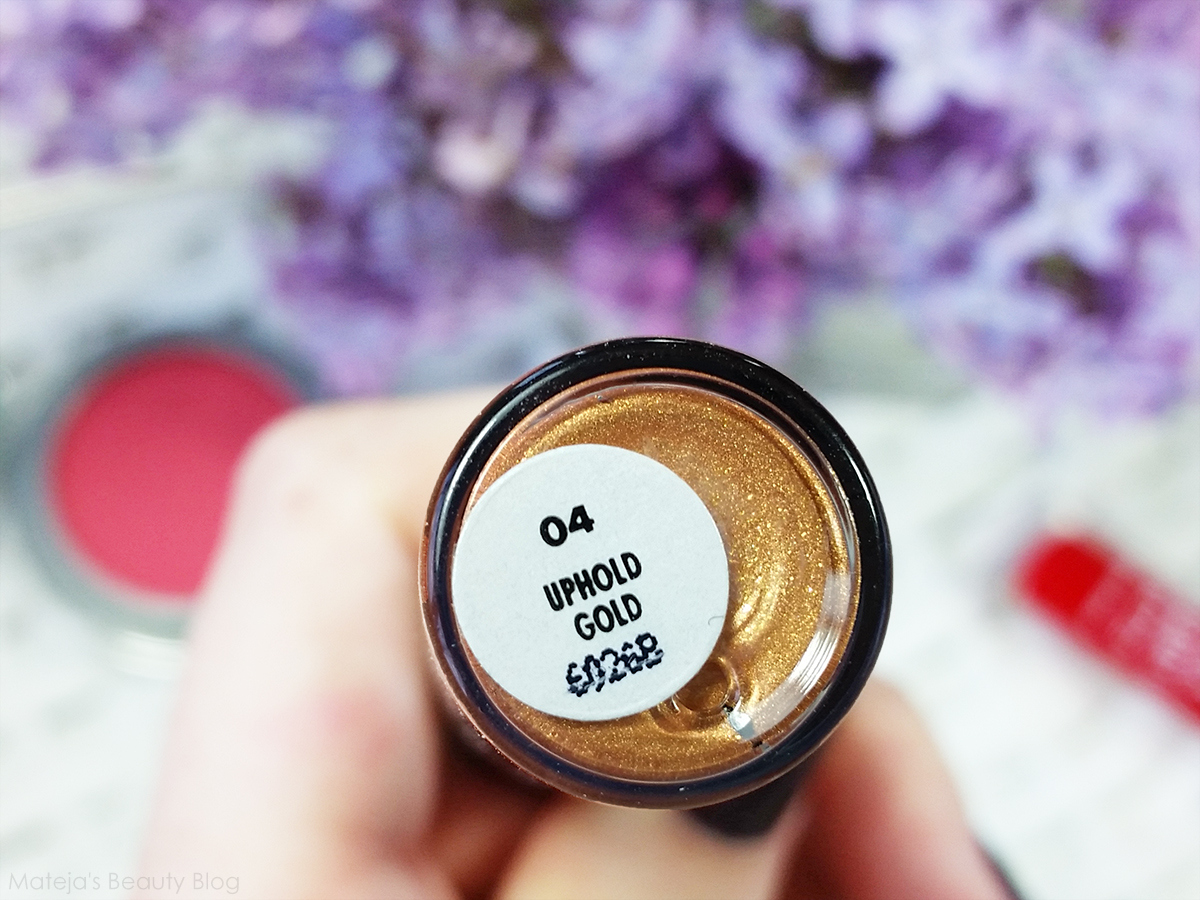 Price and availability: Mine is from Click2Chic, where these cost 5.81 €. International readers can get them on Beauty Joint. 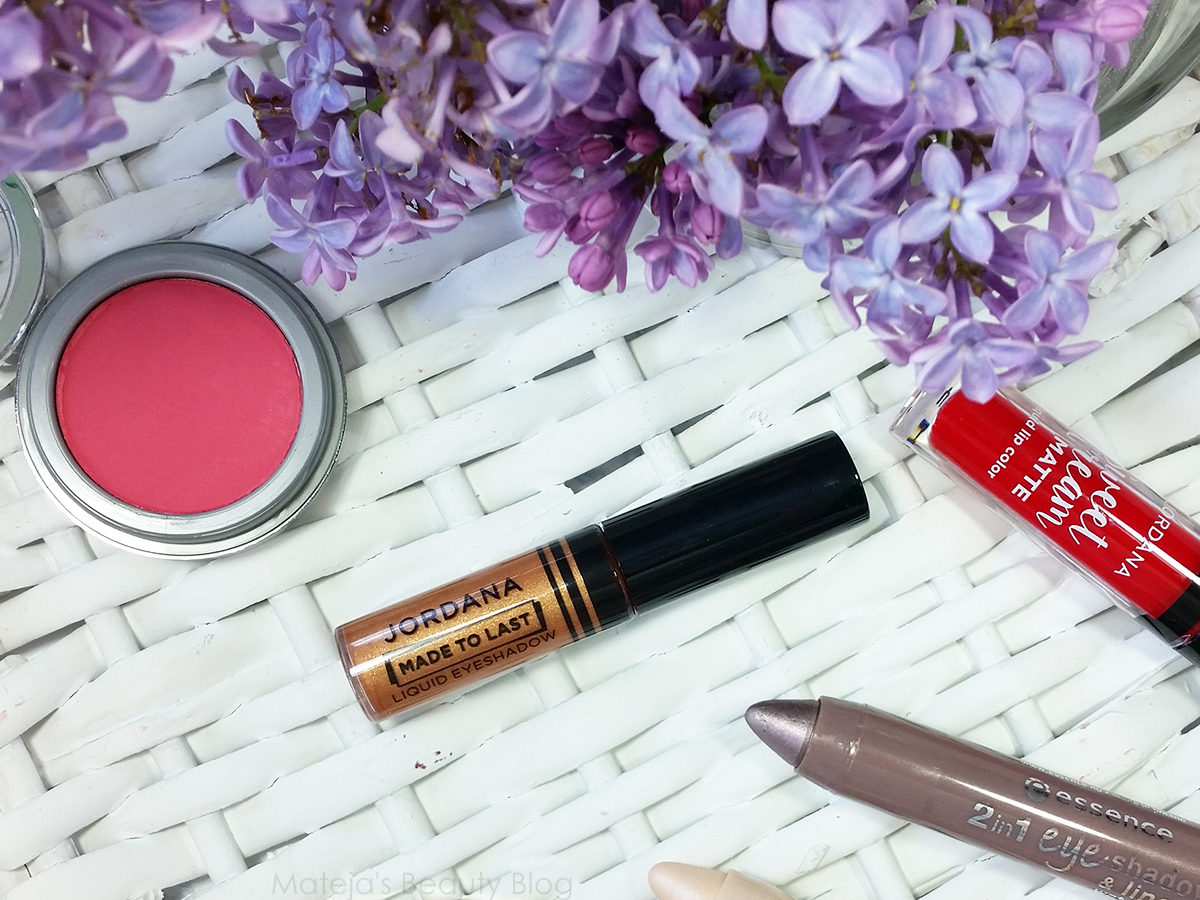