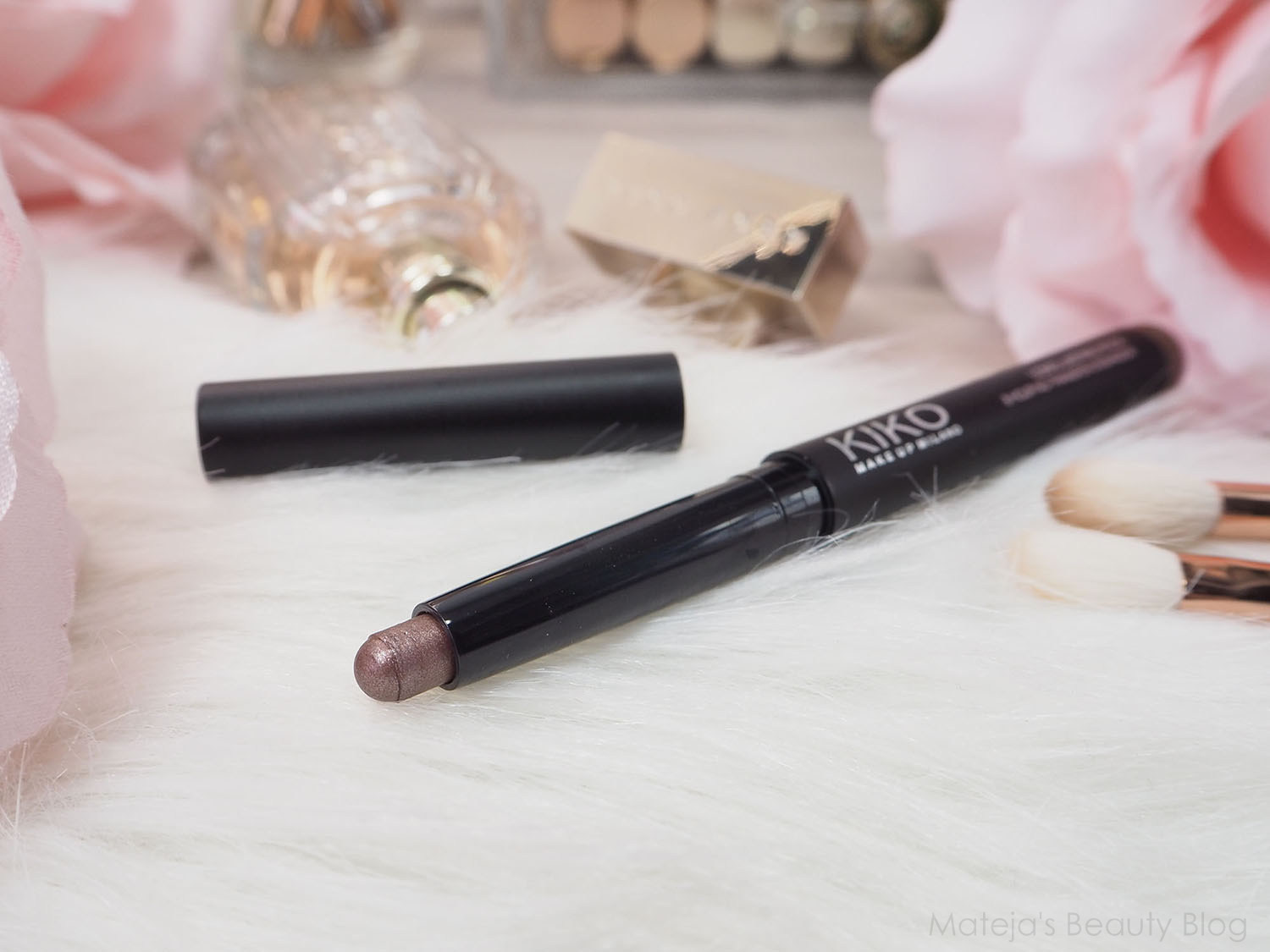 This is my third shade of these sticks and it’s so far my favourite, which is ironic considering it’s the one neutral I didn’t want to get because I don’t trust rosy shades. The other two that are in my collection are 38 Golden Taupe (name really says it all) and 06 Golden Bronze (same goes for this one). Both I wear a lot, since I use these also as eyeshadow bases, though I admit I find Essence’s even a bit better, mostly because they are less shimmery, but Kiko’s are brilliant because they still tick all the boxes. 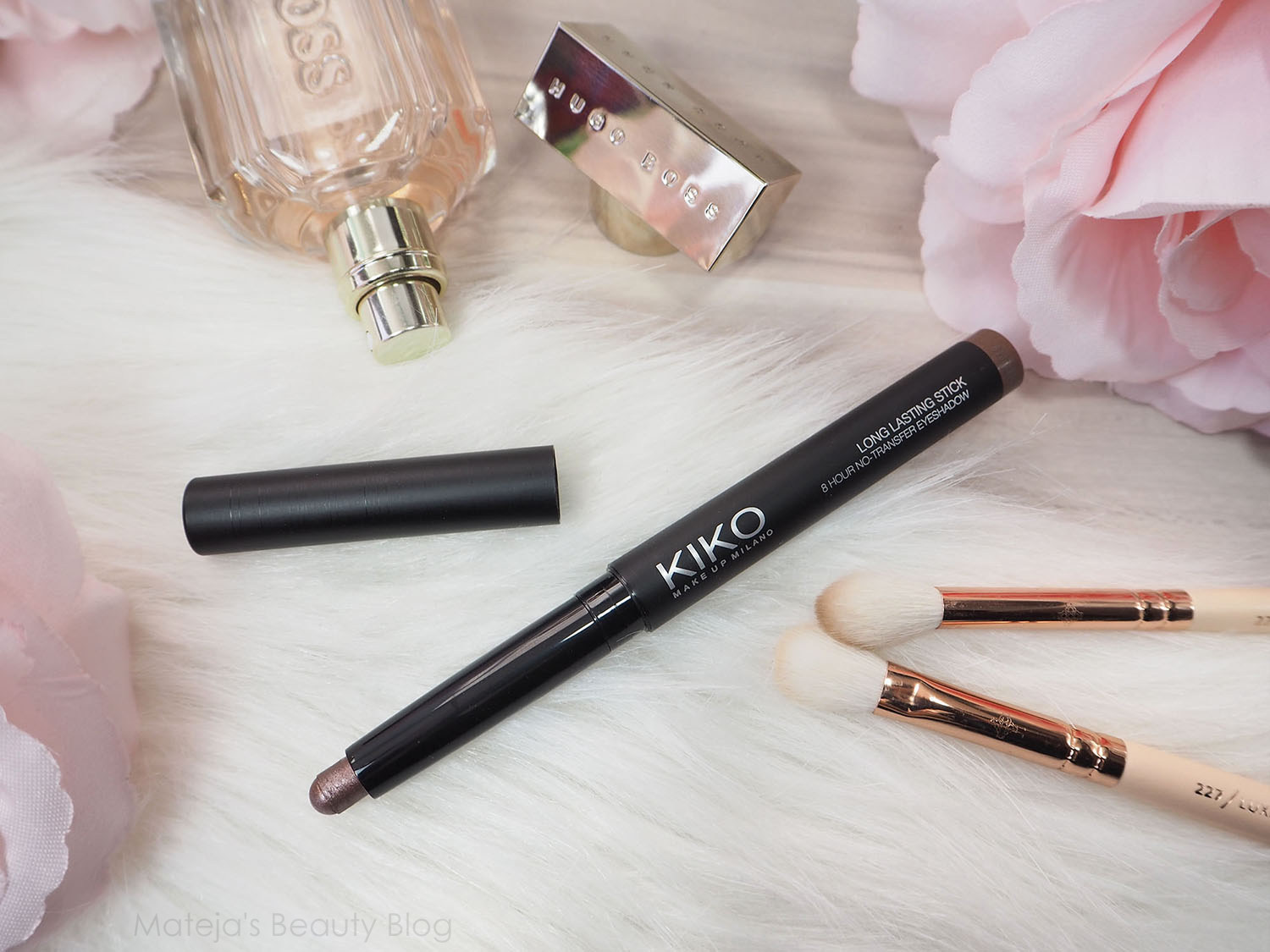 Texture: I’ve talked about these before and this one has the same creamy formula that even with age doesn’t get dry and consequently become more difficult to use. It just glides on the eyes, it’s incredibly pigmented and very easy to blend. Once it sets it doesn’t move on my normal (meaning not oily) eyelids. 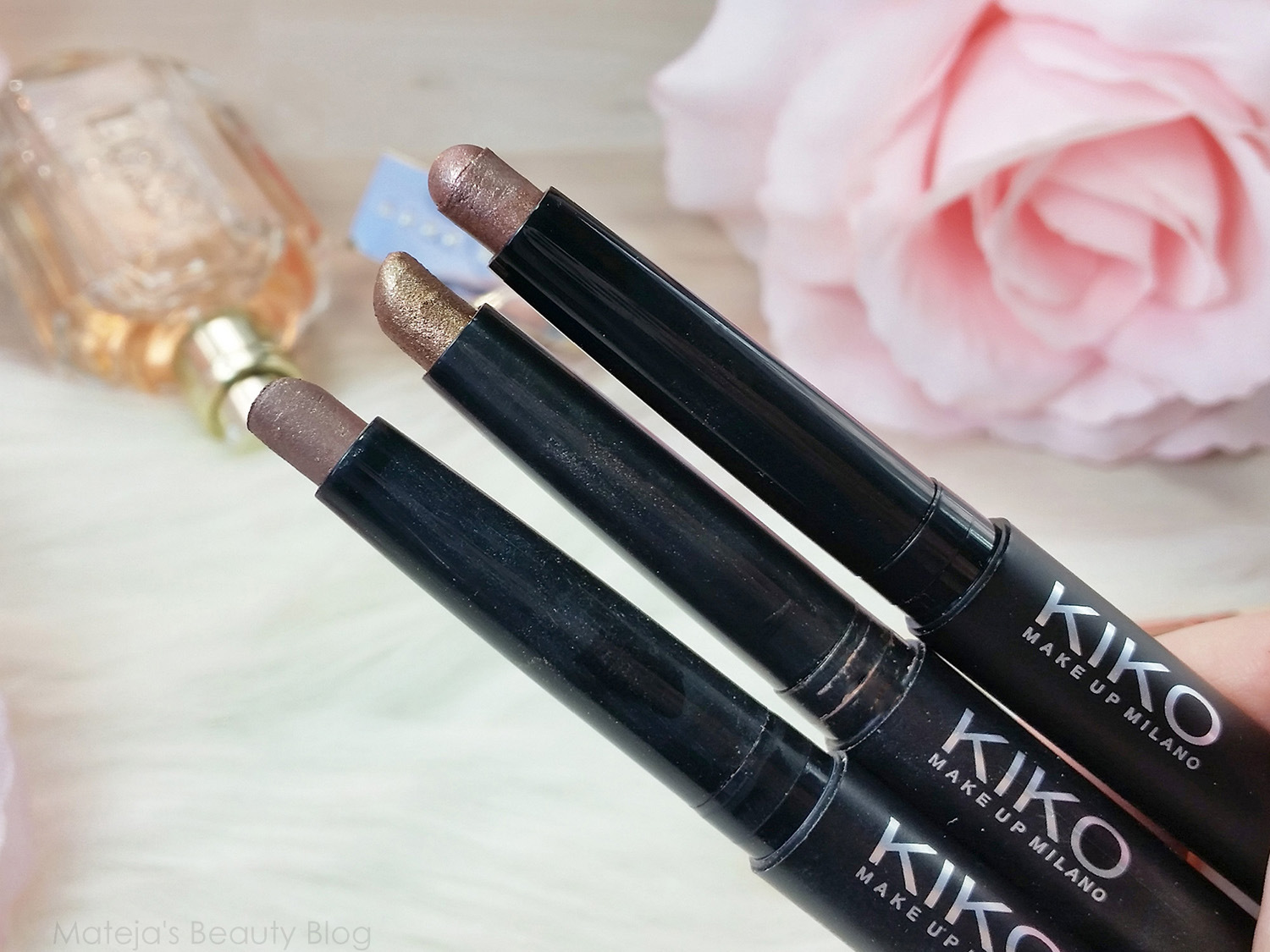 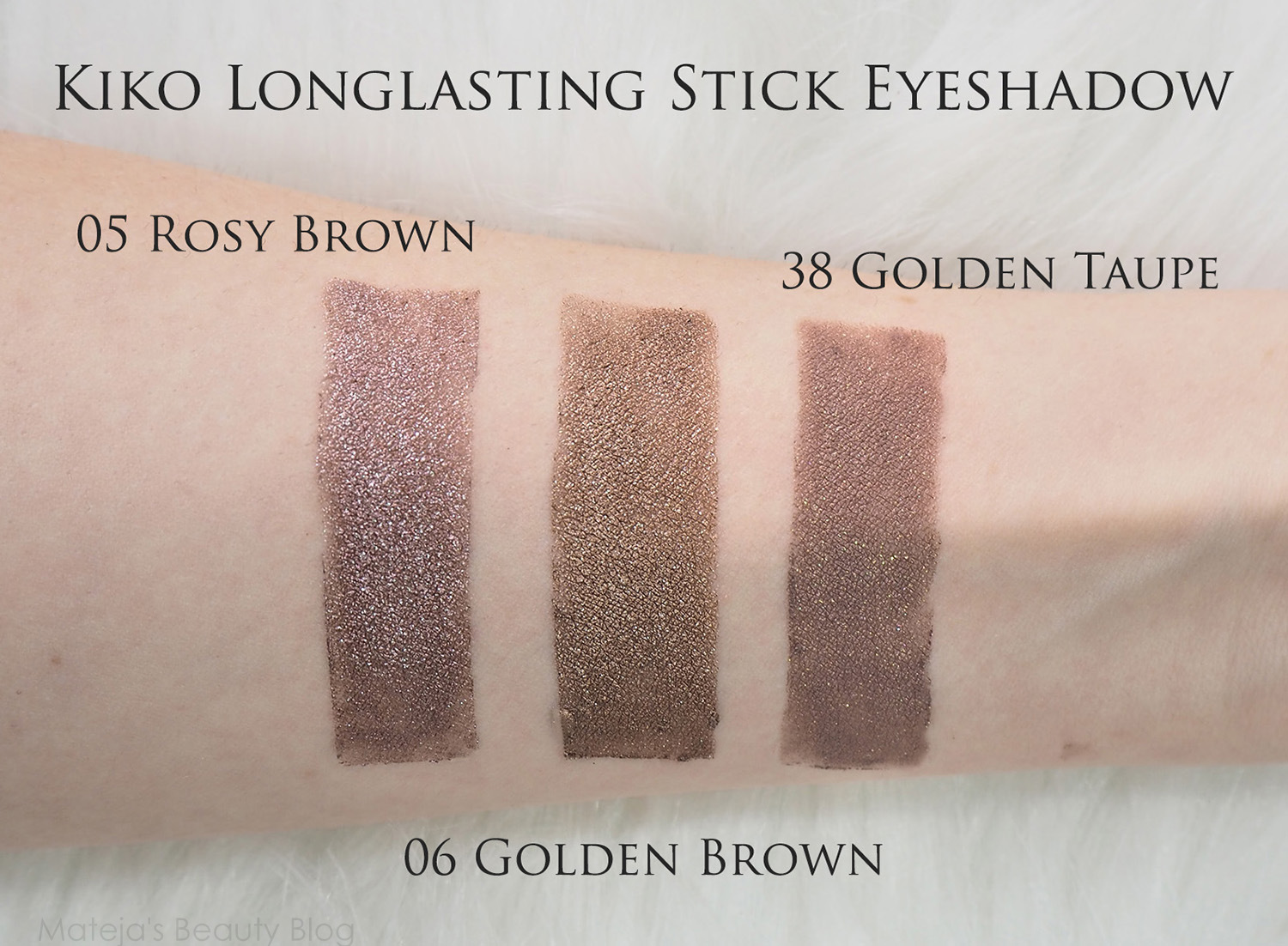 Colour: 05 Rosy Brown is my favourite shade out of the ones I have. I avoided it for a long time because it’s a pinkish shade and those can make you look tired or sick, but it’s certainly not the case at this one. Again the name is pretty self-explanatory, it’s a rosy-violet bronze brown shade with a metallic sheen – very wearable, either alone or as a base and great for especially green eyes, but it also really wakes up my grey ones. The shimmer could be smaller for my taste, but it’s not such a big deal. I just love wearing this one for a simple makeup with just some mascara. 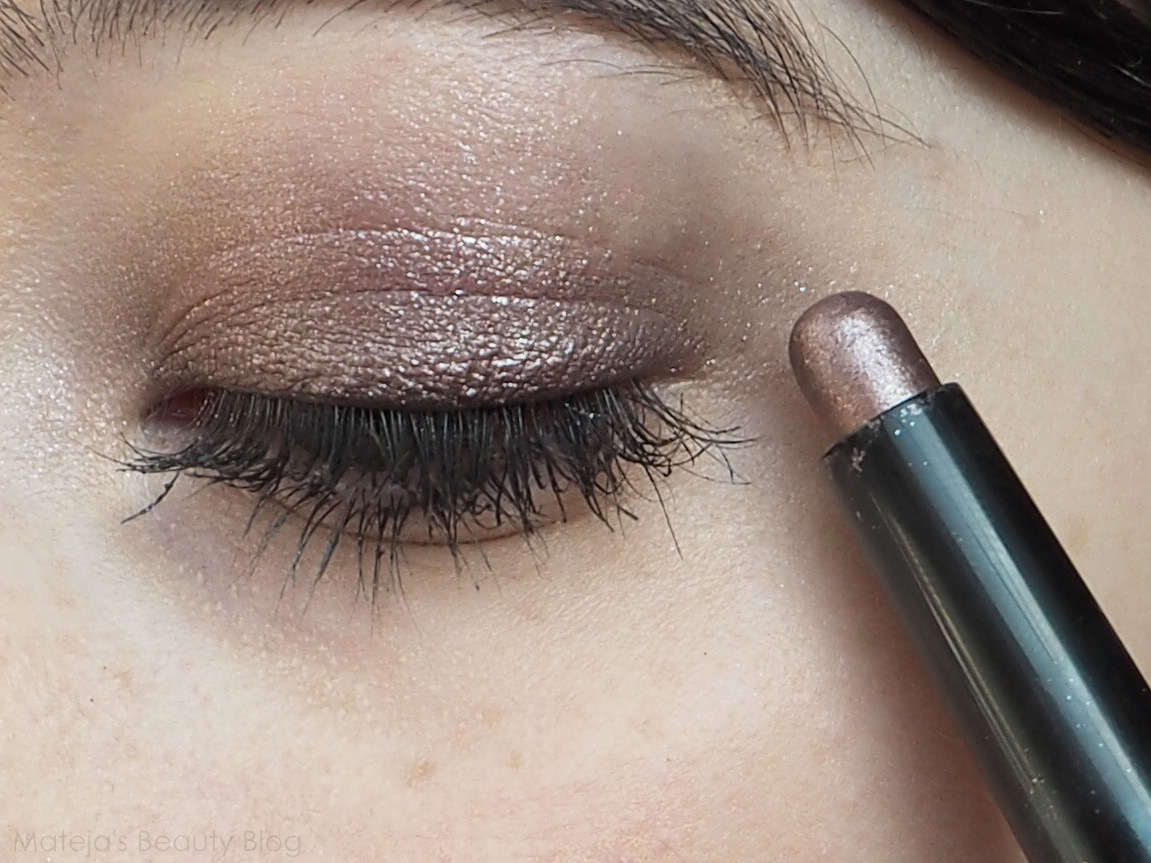 Staying power: The reason I love these so much is because they last so well on the lids. There’s no smudging or moving, even the shimmer doesn’t migrate that much, which is often a problem at such shades. It’s not uncommon that I get a full day of wear with these, but I have normal eyelids.
Packaging: As practical as these slim tubes are, at my 06 shade the stick broke, so not all are reliable, but it’s a good packaging nonetheless since I can still use it with no problem.
Price and availability: I bought mine in Kiko, Villenesse Italy for 6.90 € 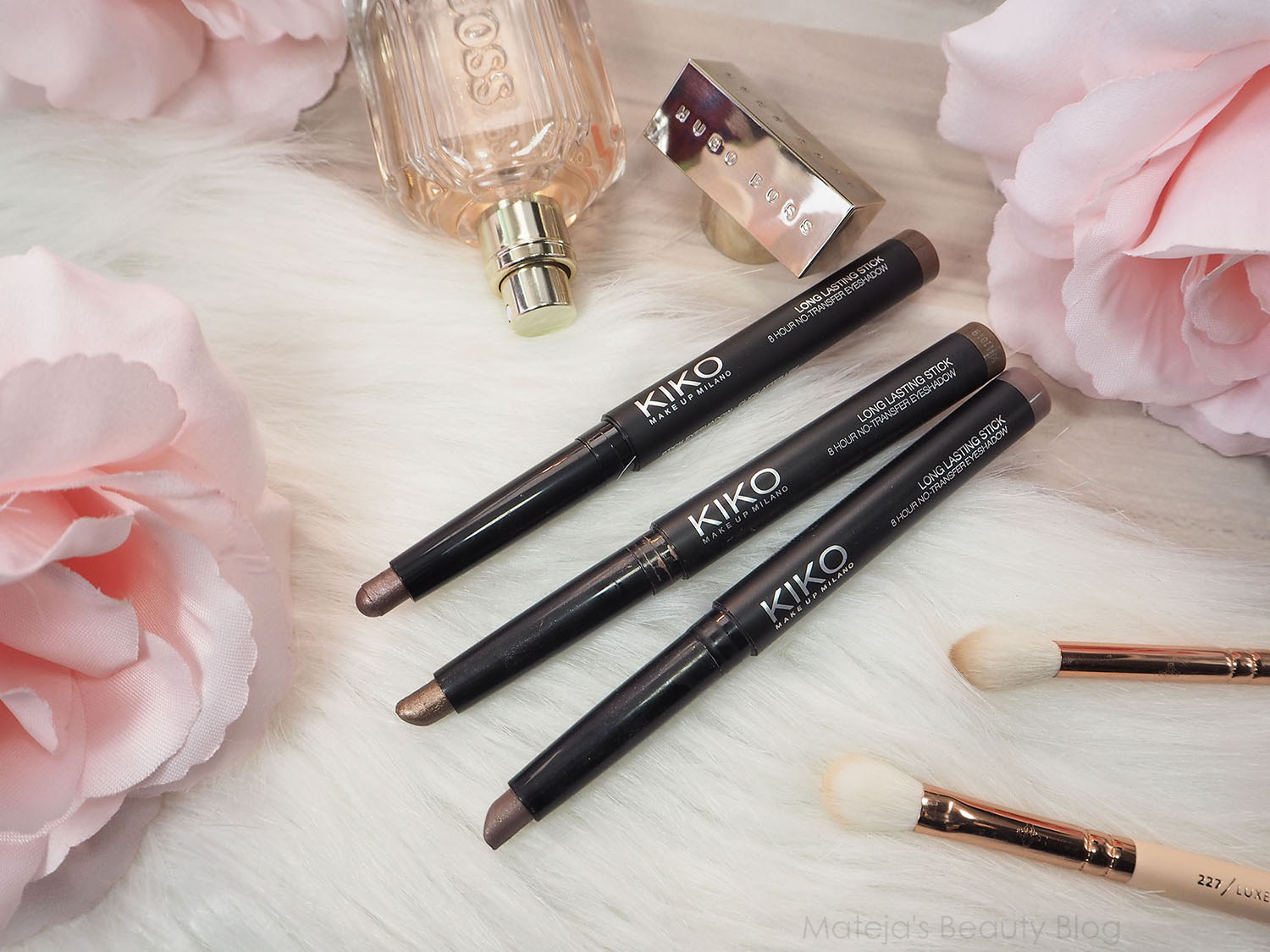