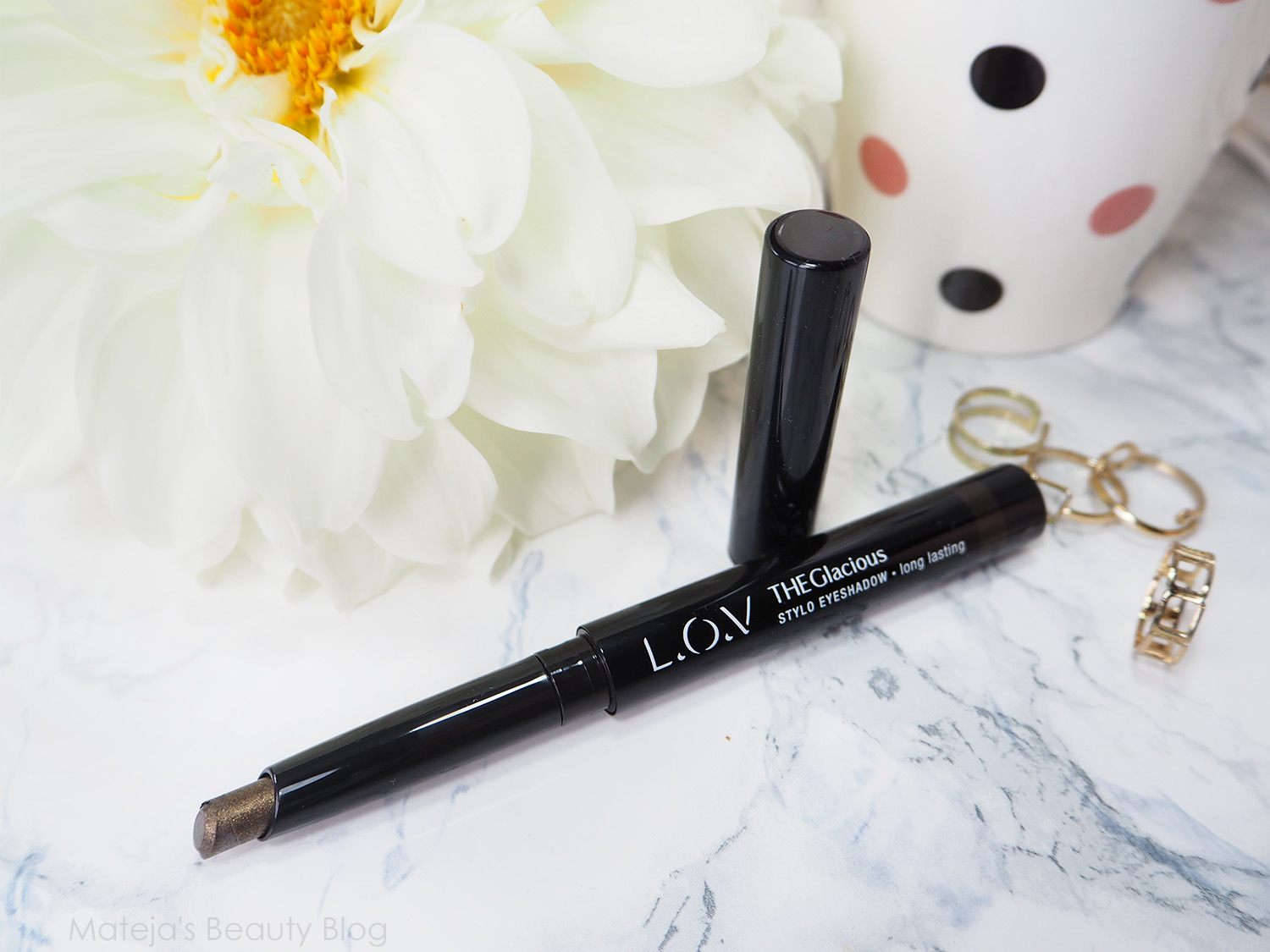 New cream eyeshadow are so fun to try, so when I saw L.O.V. offers some lovely, very wearable shades, I decided to try one despite the heftier price tag for drugstore. I picked a shade that isn’t common in the drugstore, but I have a few similar powder ones, which are my favourite and in fact this was the type of shades I wore all the time five-four years ago (yay for UD’s Stash eyeliner). Considering how expensive these are and how amazing the competition is, including from L.O.V.s sister brands Essence and Catrice, I expected a lot, but I have to say both the cheaper versions are actually better. 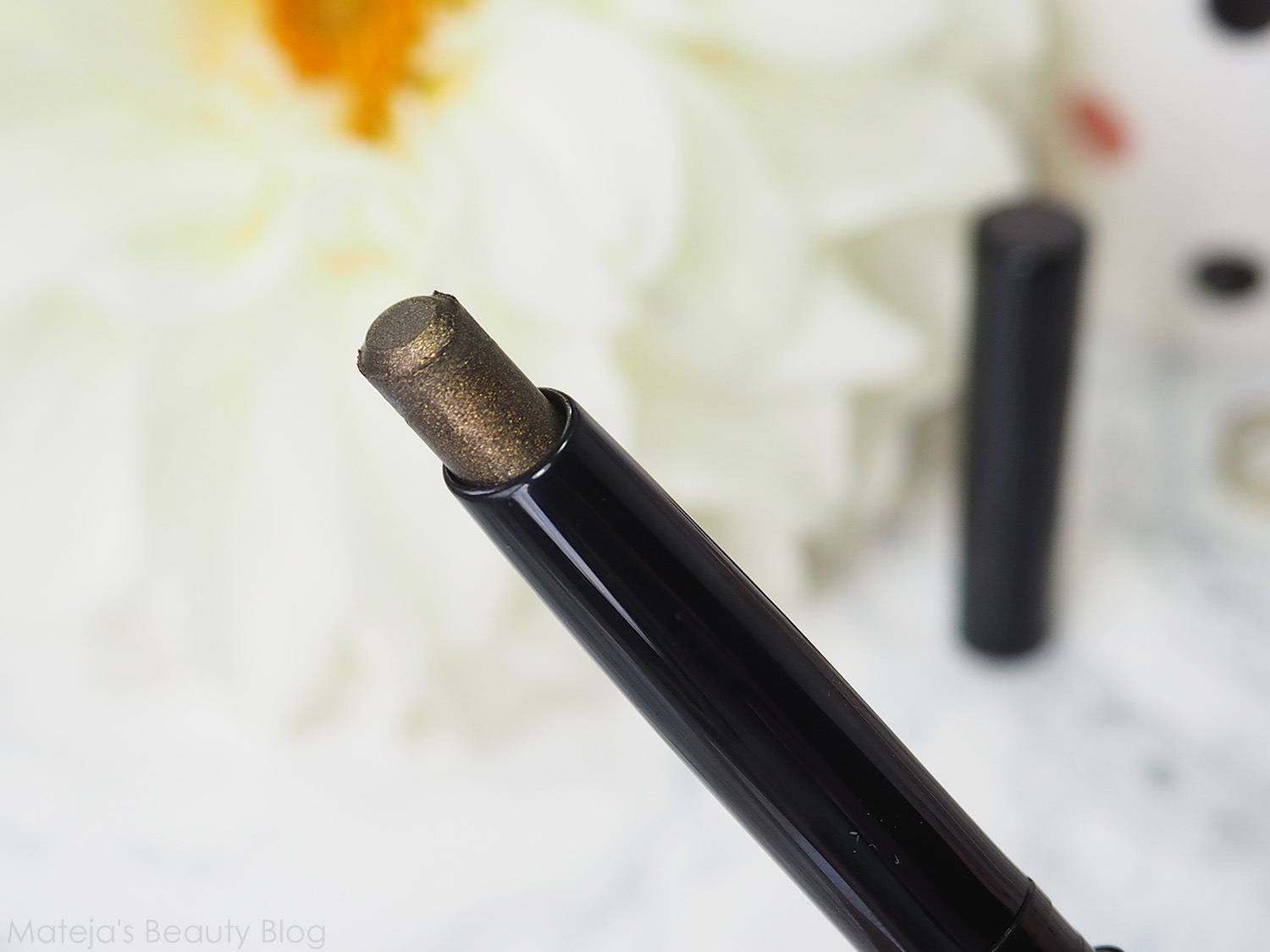 Texture: this has quite a strange texture that I never seen before other than in a stick foundation, which I think was from Maybelline (it was something like Fit me stick). It feels cooling wet when you’re applying it. Pigmentation is good and you get a metallic effect before you blend it out, however, the application isn’t as smooth as at my other cream eyeshadows, but not because it’s too thick, rather too wet, so it skips some parts. You can see that on the outer edge of my lash line in the bortom picture. This means you have to layer the product for an even finish, but it can be done. It blends a bit harder than others and I need a lot of time, but it blends out into a green-taupe shade. 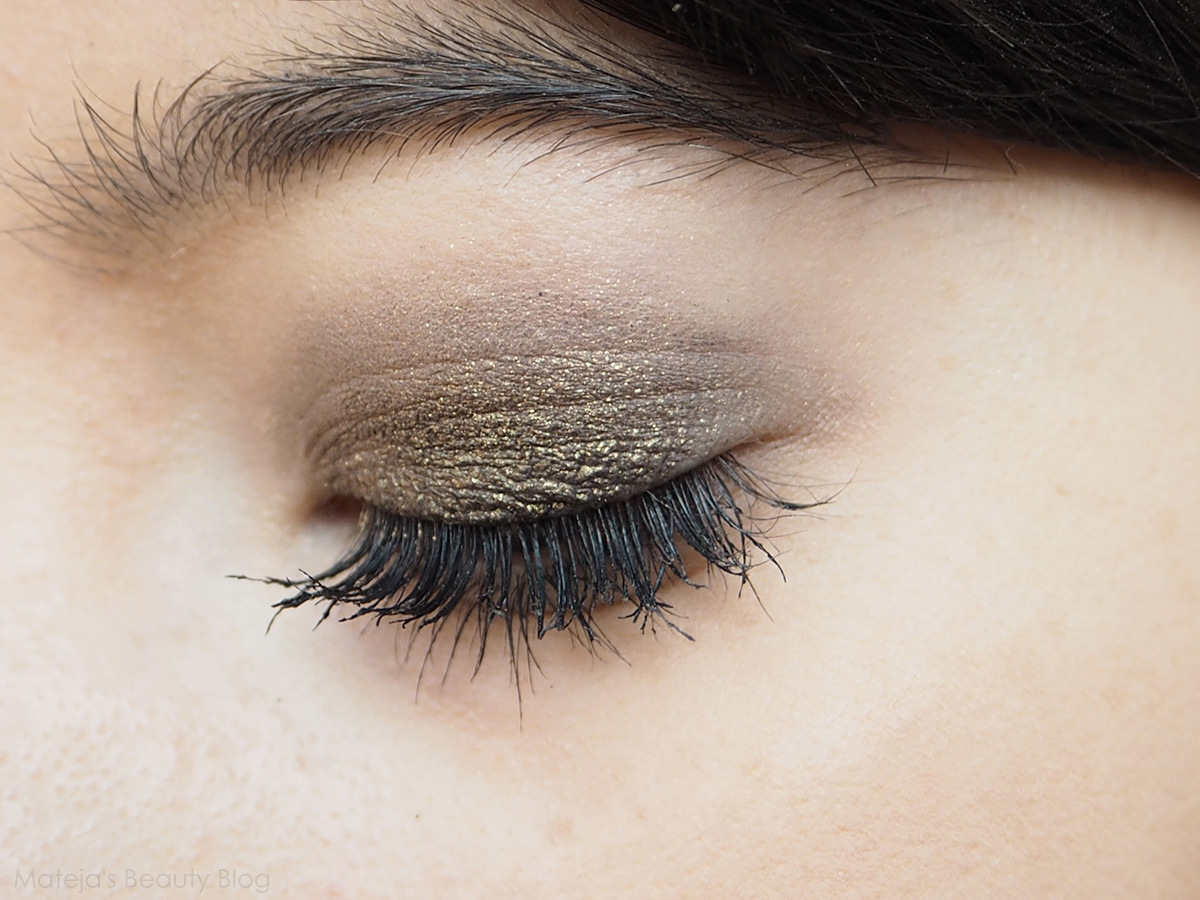 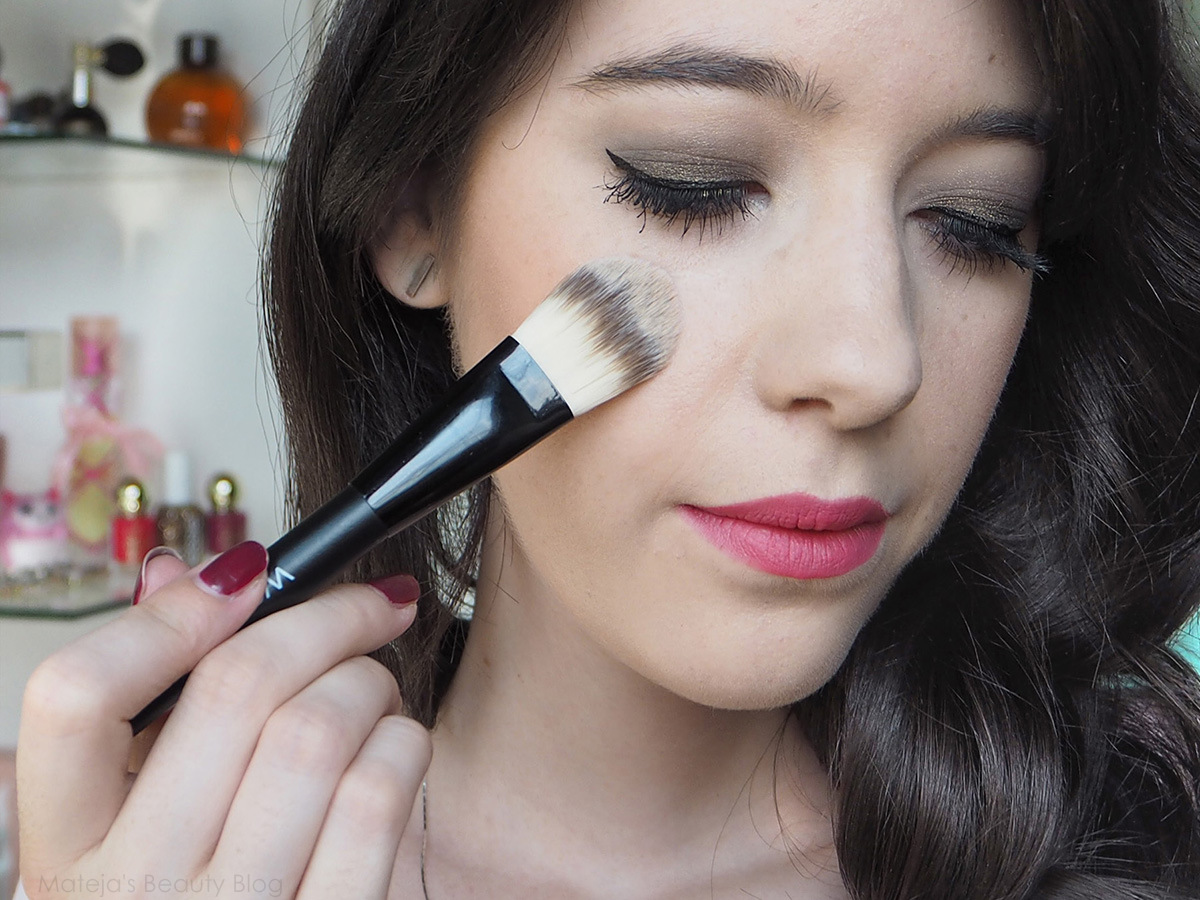 Revlon Ultra HD Matte Lipcolour in Devotion on the lips and Wet n Wild foundation brush (picture from a new in).
Colour: Bronze Leaf is what every other company would describe as vintage or old gold.  It’s an olive green-gold shade with gold shimmer that is similar to shades like L’Oreal Bronze Goddess (greener), Urban Decay 24/7 Eyeliner in Stash (darker, greener), ArtDeco’s eyeshadow in 245 (my everyday shade years ago, it’s most similar, but more taupe) and Golden Ganashe from Chocolate palette (more brown). Applied in an opaque coat, it has a metallic finish. 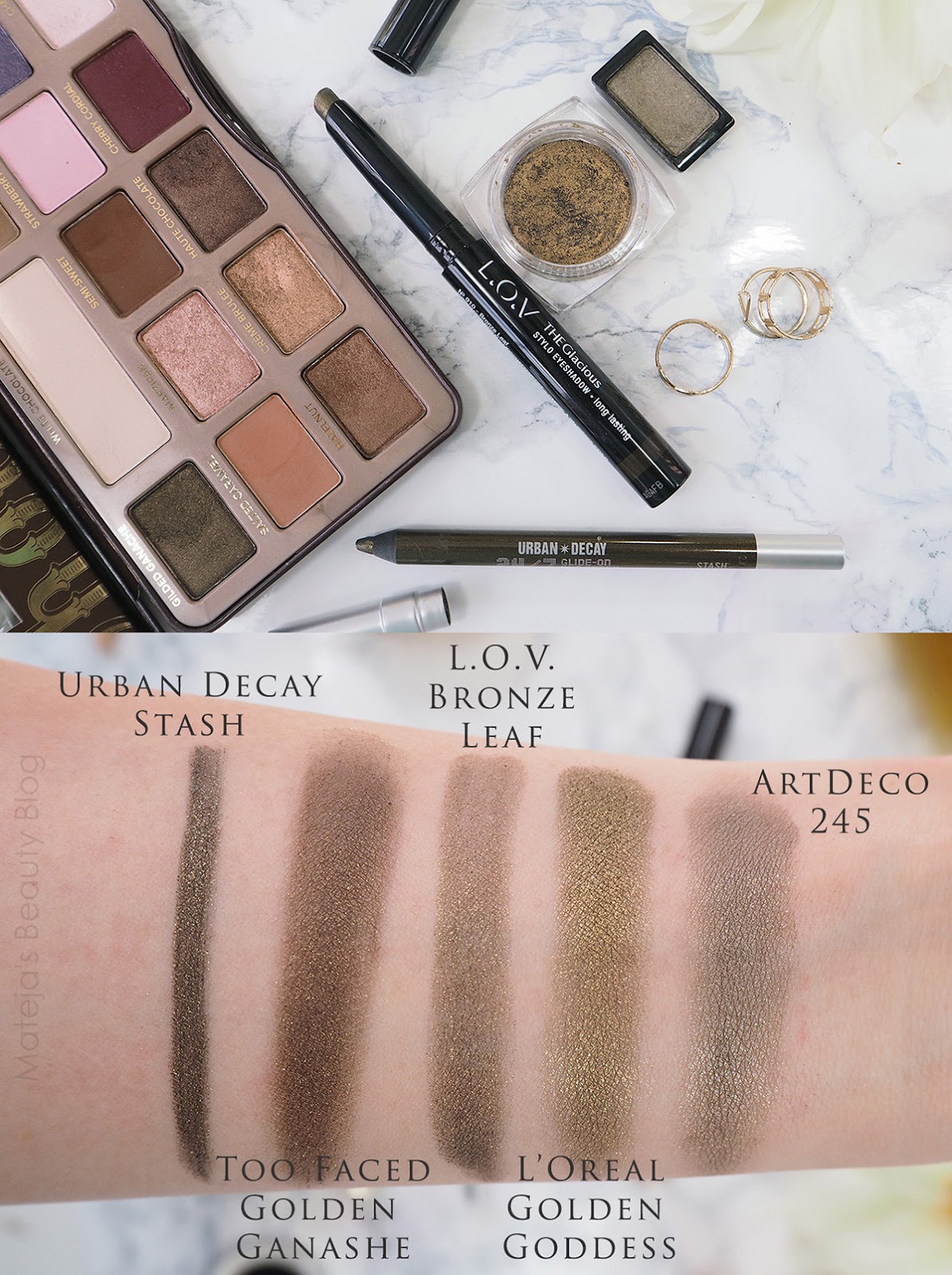 Staying power: I rarely wore it without an eyeshadow base, but it lasts pretty well and surprisingly doesn’t crease a lot, at least the first few hours. 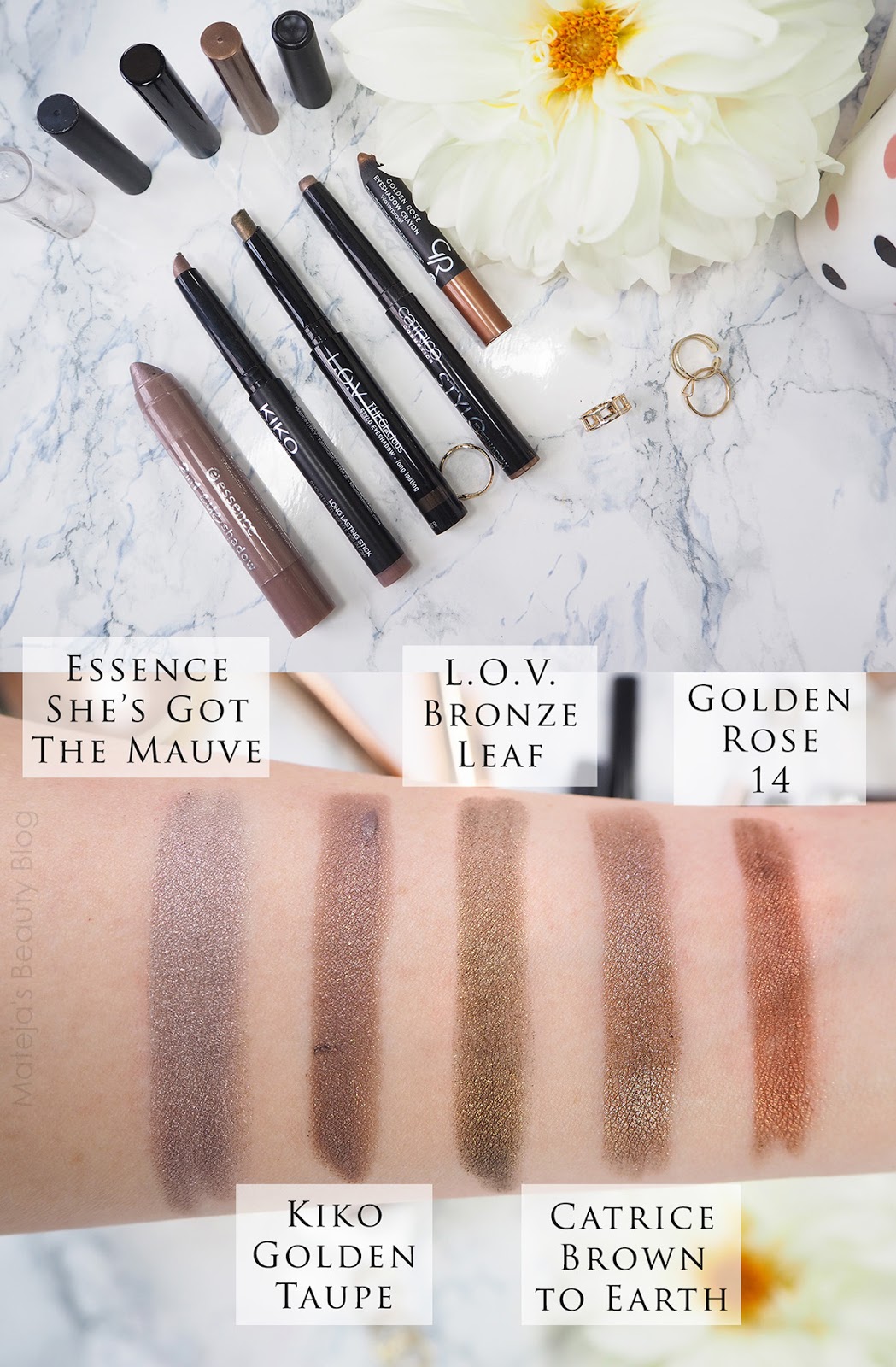 Packaging: Actually feels quite luxurious, since it’s metal and has some weight to it. The product winds up easily, not unlike Catrice’s which already broke off.
Price and availability: I got mine in Müller for 9.99 €- 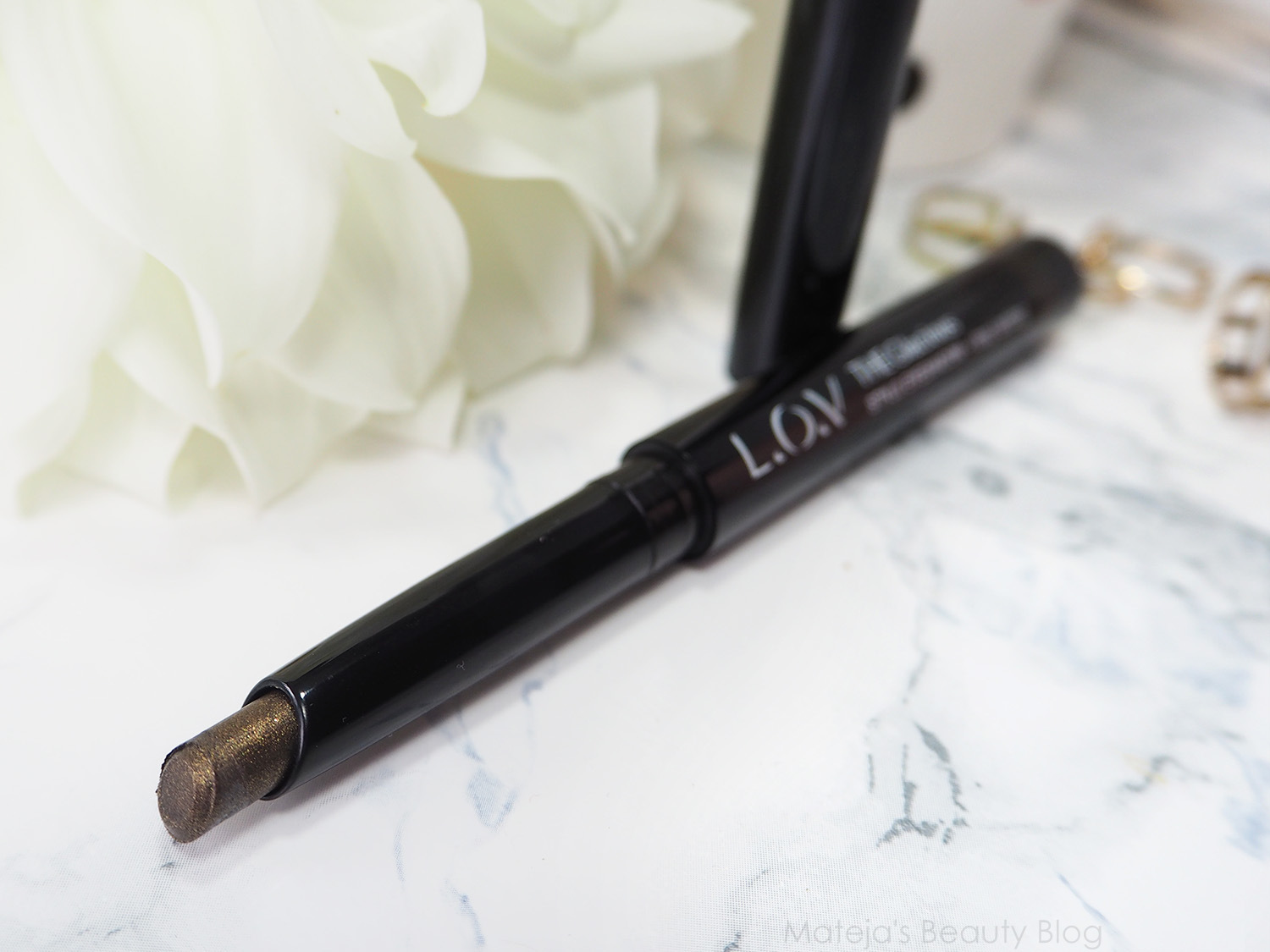 Funny how Cosnova’s most luxurious eyeshadow isn’t as good as their cheapest by Essence, however, with a good primer it works well, it’s only the application that’s not that easy. I won’t be buying more shades, since there are cheaper, better alternatives, however, I do truly love this shade as there aren’t many of such around, in fact, I don’t think I’ve seen one in our drugstores. If you like the shade, go for it, but for other colours I still adore Essence’s version.
Have a great day!