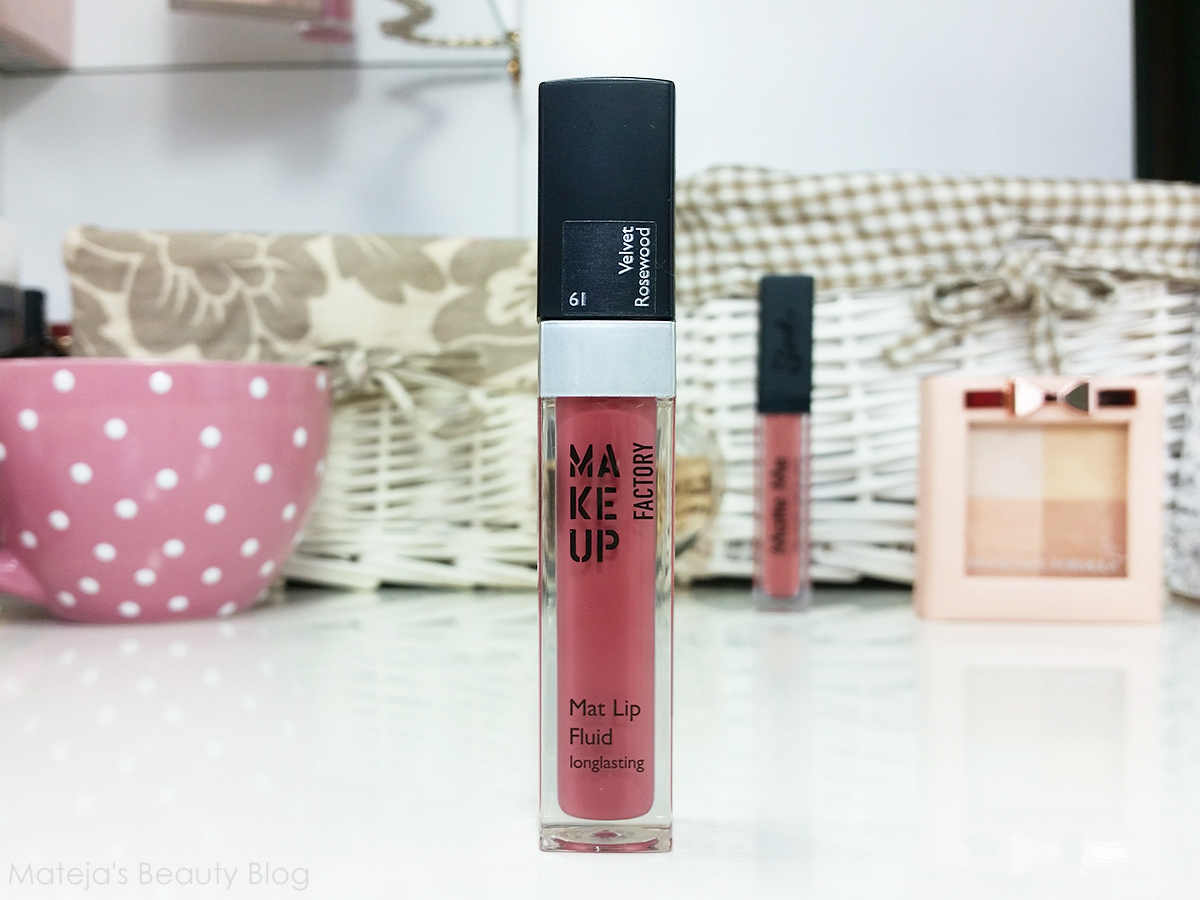 Depending on where you live, Makeup Factory might not be the most known brand to you, especially because it’s only sold in Műllers and the buzz about it on the blogs is not the loudest, however, I think these lip creams finally brought the brand into spotlight. I think I noticed these very soon after they launched, so I actually swatched them a long time ago, loved them, but refrained from purchasing them mostly because of the price and because I haven’t read anything about them yet at that point. Velvet Rosewood and Violet Mauve appear to be most people’s favourite, but since I’m one of those with an unfortunate skin tone that emphasises purple tones, I refrained from getting the mauve option. My choice of Velvet Rosewood was heavily influenced by my two of my favourite bloggers, Sanja and Petra, who sang praises about it. My expectations for this lip cream were high and when I finally splurged for one, it was pretty much everything I hoped for. I’ve been wearing it almost every day since I got it, with a few days of testing some other things in between, but honestly I changed the lip colour anyway midday. I’m not going to say it’s my new Nude-ist because I still love that one more, but it’s definitely starting to become one of my favourite lip products. 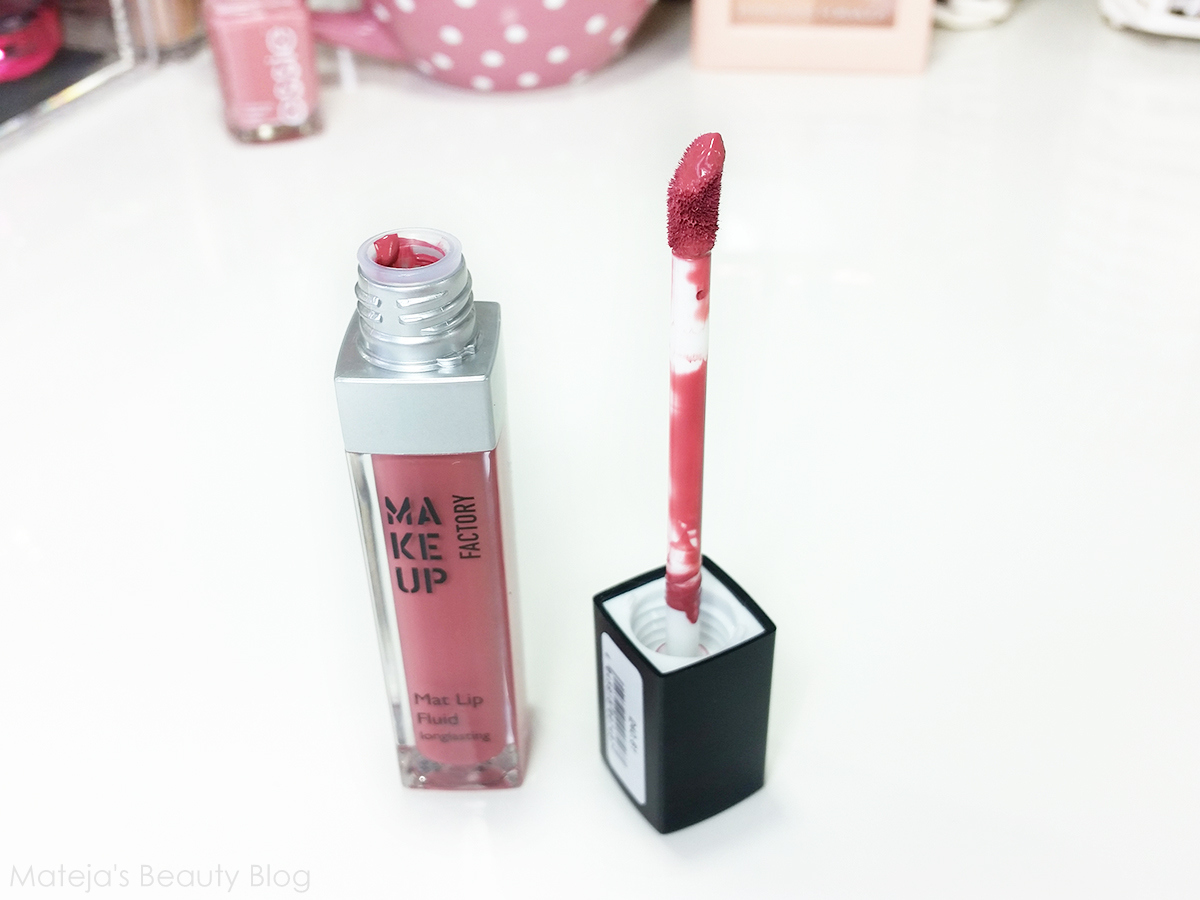 Texture: it’s a similar formula to that of Sleek’s Matte Me, but it’s not as liquid, as it’s already creamier. It dries quite fast on the lips, in a few minutes to a matte finish that again similarly to Sleek’s feels like a layer on the lips, but to me it’s not uncomfortable. It can be drying, especially as time passes, so those with lips that tend to get dry, take that into account when deciding whether to purchase one.

Colour: Velvet Rosewood is a darker muted rose, slightly brownish shade, so it’s more like the warm equivalent of the mauve shade they have in their selection (that one looks completely purple on me). It’s darker than Nude-ist or Golden Rose Velvet 12, in fact it’s the darkest such nude shade I own as well as most muted, but it still fits into that goes-with-everything-and-is-easy-to-wear category. I was scared it’ll look too brown on me (my friend who swatched the colour in the shop described it as ugly), but I think it’s ok, though I sometimes have a feeling this kind of colour isn’t making me any favours. 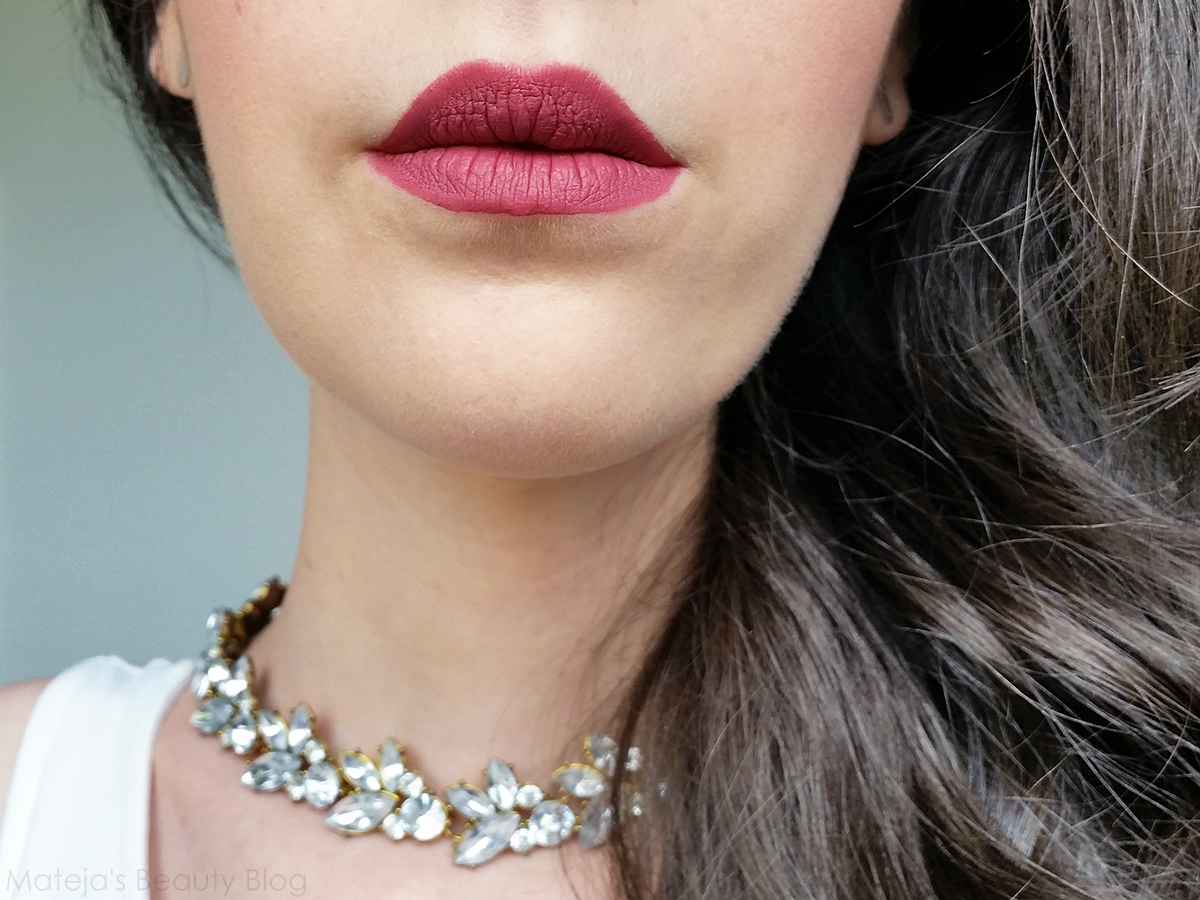 Staying Power: I heard from people these last all day, well I’m going to disagree a bit here. While it last very well on the lips, even fades nice providing you don’t eat and drink, however, if you do, even if the food isn’t actually greasy, it does wipe off the centre on the lips. It reminds me again of Sleeks, but it’s a bit better in that respect, but the colour is darker, so it’s more noticeable. 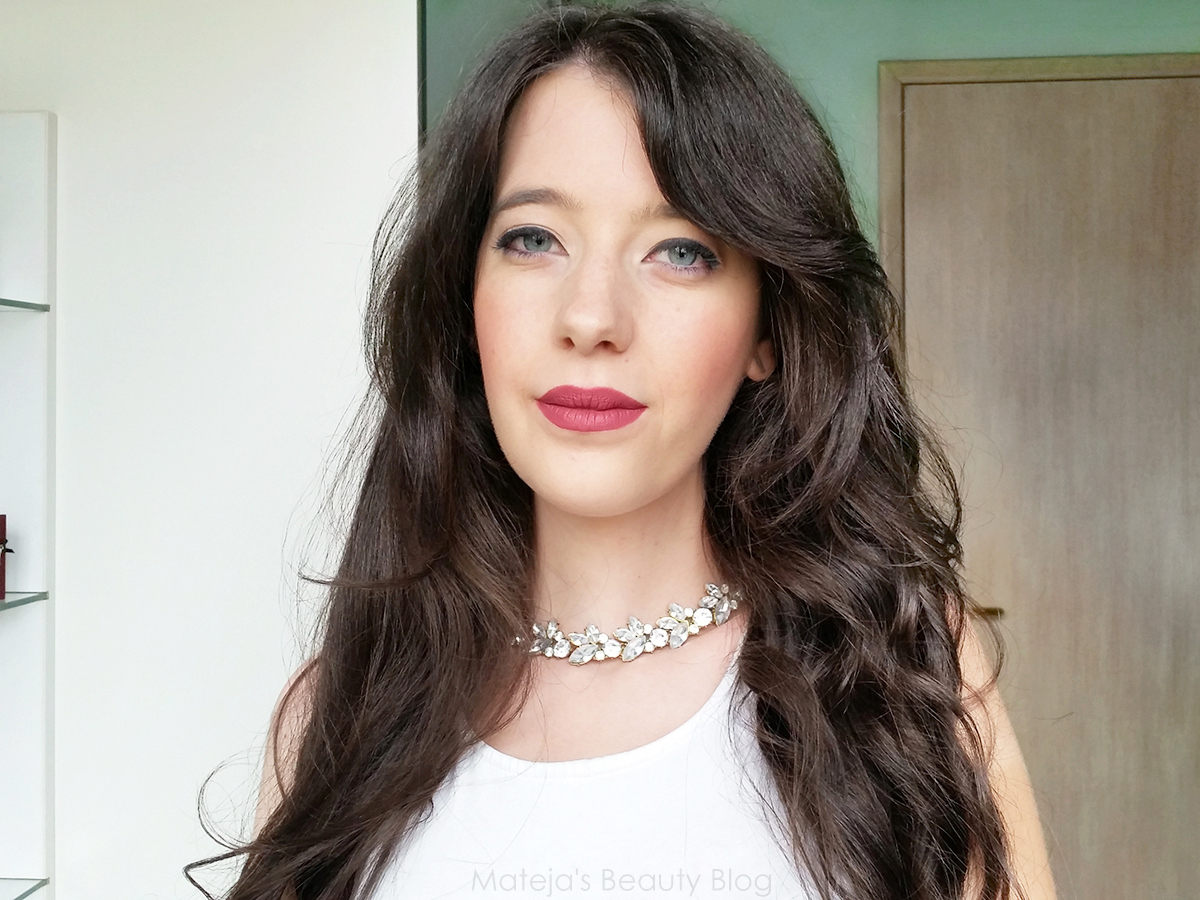 Rest of the makeup: Misslyn Summer Pop Art Eyeliner & Eyeshadow 01 Black Outlines & Rimmel Lasting Finish Colour Blush 010 Santa Rose
Scent: This is the only thing that bothers me at this lip cream – the strange almost rotten cucumber scent, which is the same that Rimmel’s Apocalips have. Thankfully it’s only noticeable at application. 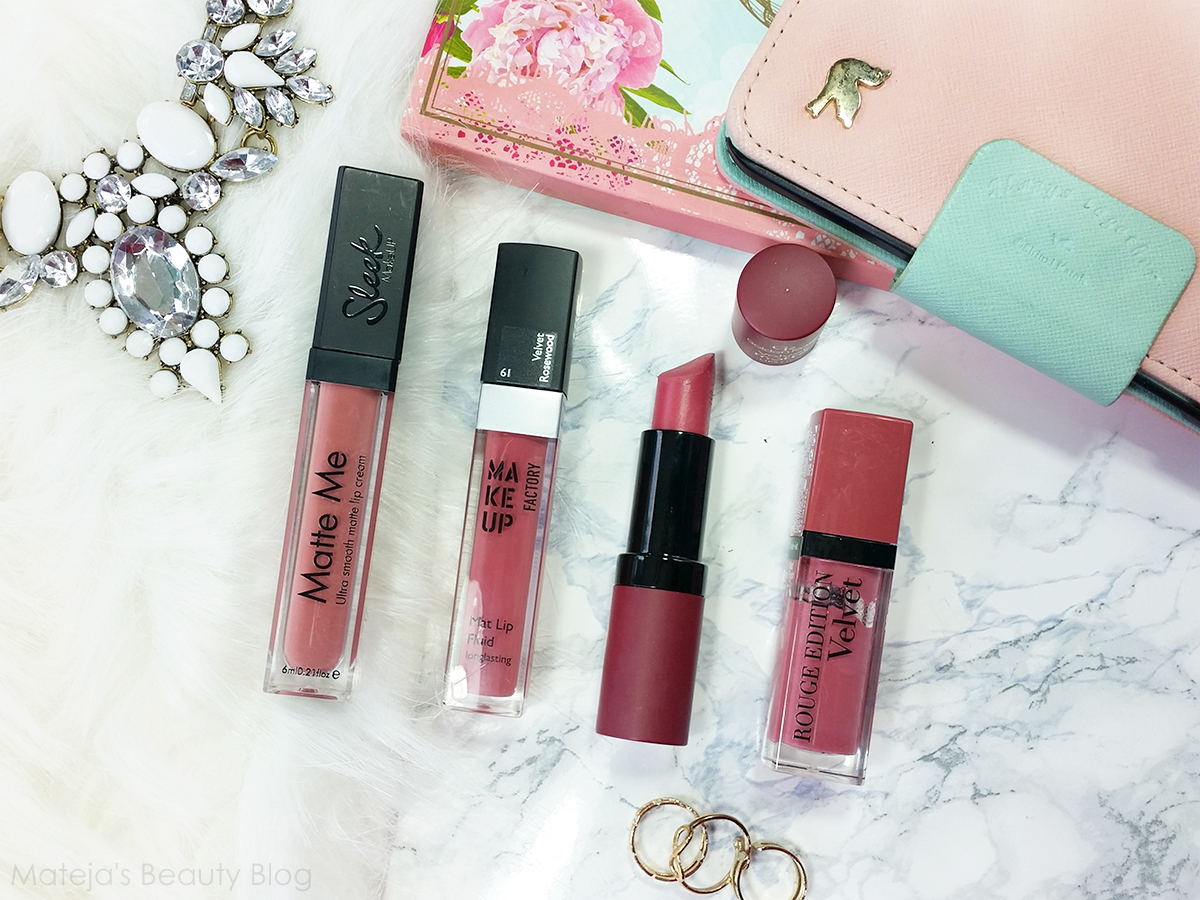 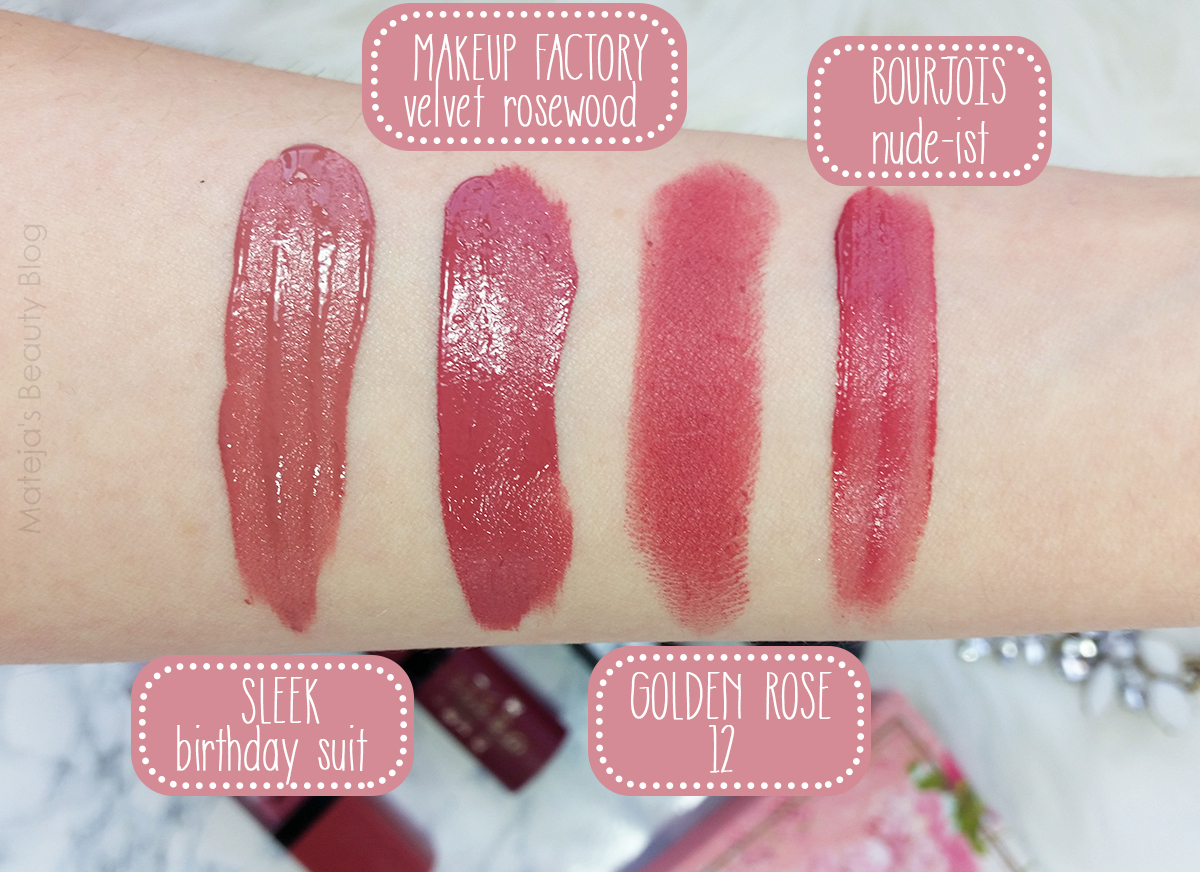 Packaging: Packaging is a simple square tube with a “Nars” rubberized cap. The applicator is good and cut sideways for an easier application. 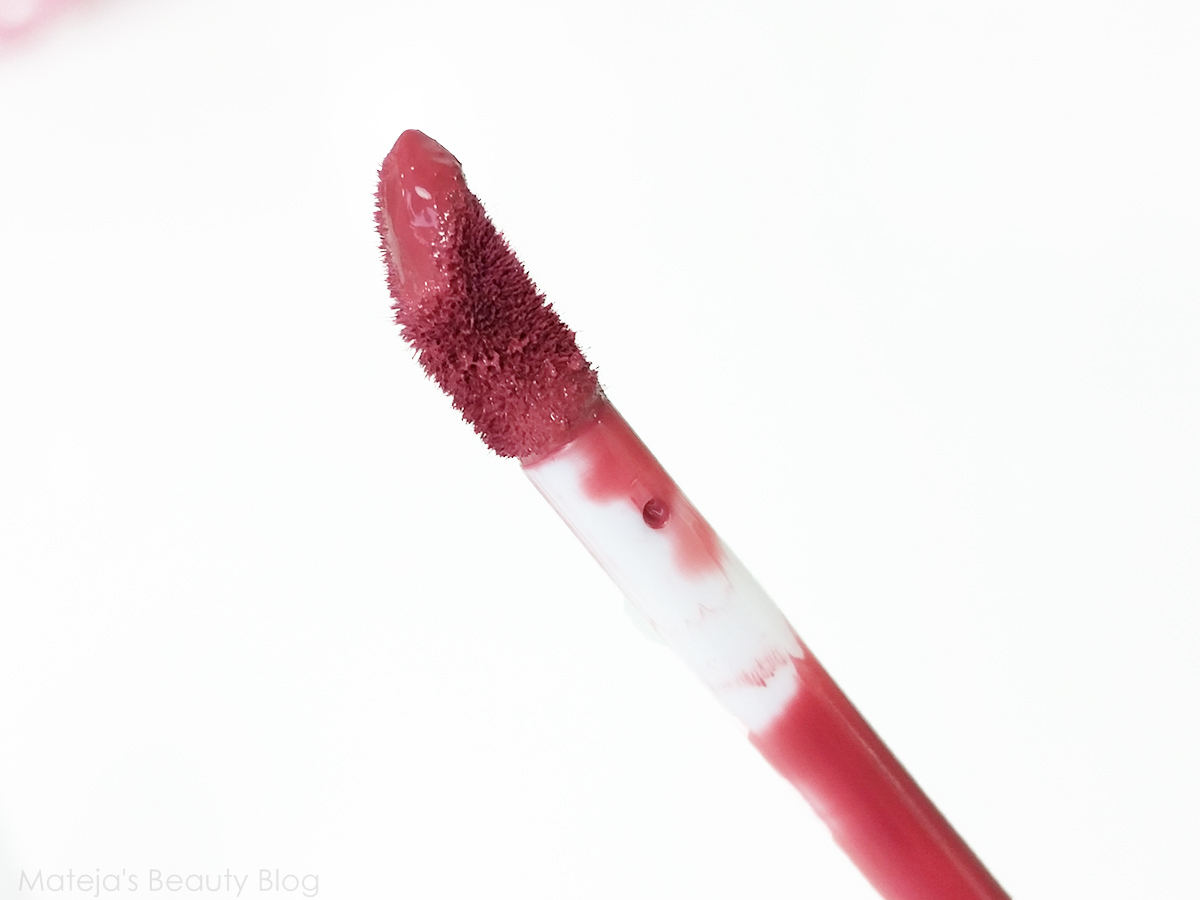 Price and availability: I bought mine in Müller for 14.49 €, which is expensive, but it was worth it.
I’m happy I finally took the plunge, though it’s not the cheapest lip product, but it’ll definitely get a lot of wear. I can’t say it’s the best matte lip cream I’ve tried, but it’s pretty good and the shade is such a great, easy-to-wear colour. By the way I just ordered theBalm’s Charming, which I’m not completely sure, but it looks like a similar shade, so I might compare them.