You are here: Home / Monthly favourites / May Favourites 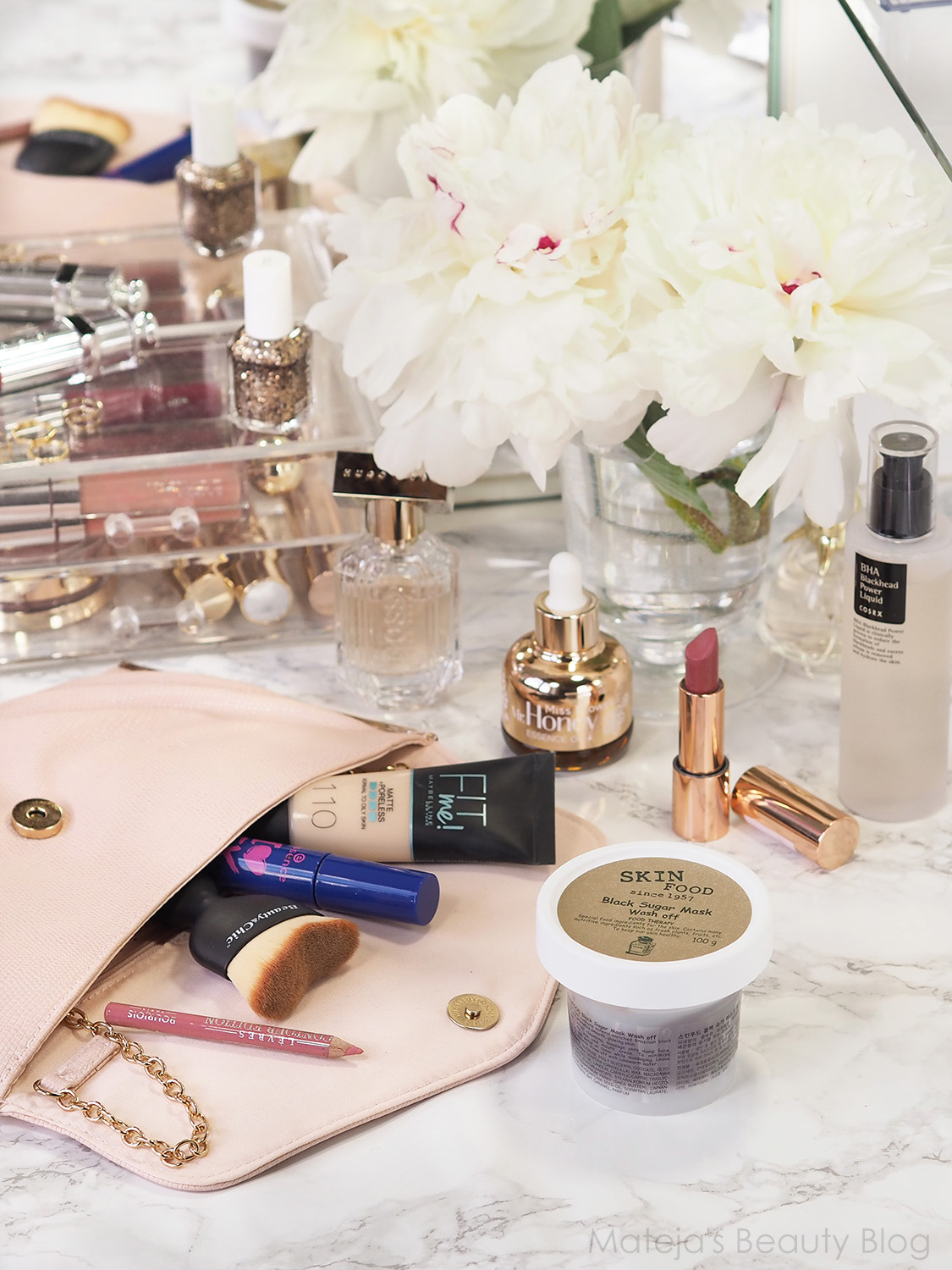 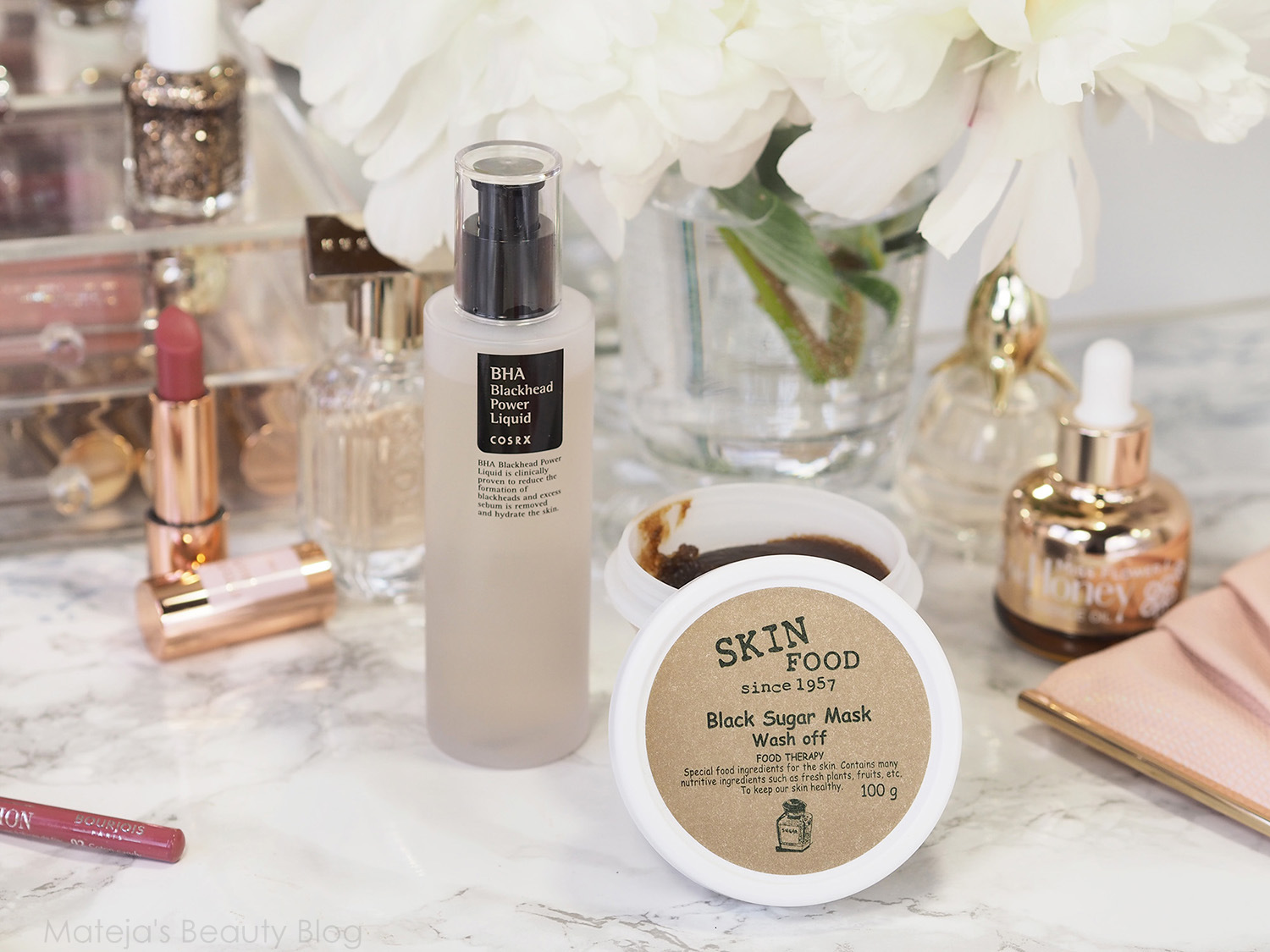 SKINFOOD Black Sugar Mask Wash off
It’s been close to a decade, since I actually owned a mechanical exfoliator that did something. Everything I’ve tried since has been a massive disappointment and then this one came along. It really is everything people say and it makes your skin feel incredibly smooth. But if you have sensitive skin and are in general a super nervous person who thinks their face will fall off if an occasional good manual scrub touches their face, just don’t even consider this one because this is a very harsh sugar scrub. Yes, like those for the body, but my skin is so hardy, only heavy-duty stuff actually works and this has been the first time in years that the area around my nose and chin felt smooth to the touch. The smoothness doesn’t actually last more than a day, but it’s worth it and I also think other products have it easier now absorbing into my skin.
CORSX BHA Blackhead Power Liquid
I’ve actually almost added this one into two of the previous monthly favourites, but I waited because I wanted to be sure this is really the reason for the better condition of my skin. This is such a wonderful product for keeping the skin clear. I won’t say it has been 100% clear since I started using it, but it has been for most of the time and those spots that appeared have been small, baby blemishes which never bothered me much. Despite the name, I don’t think it does much for blackheads, nor does it make sebaceous filaments pop out on their own, as I’ve heard some reviewers say, but it’s an great, gentle BHA product that feels like a toner. My skin is looking so much better since I changed my skin care and this is one of the products I’ve been using the longest. 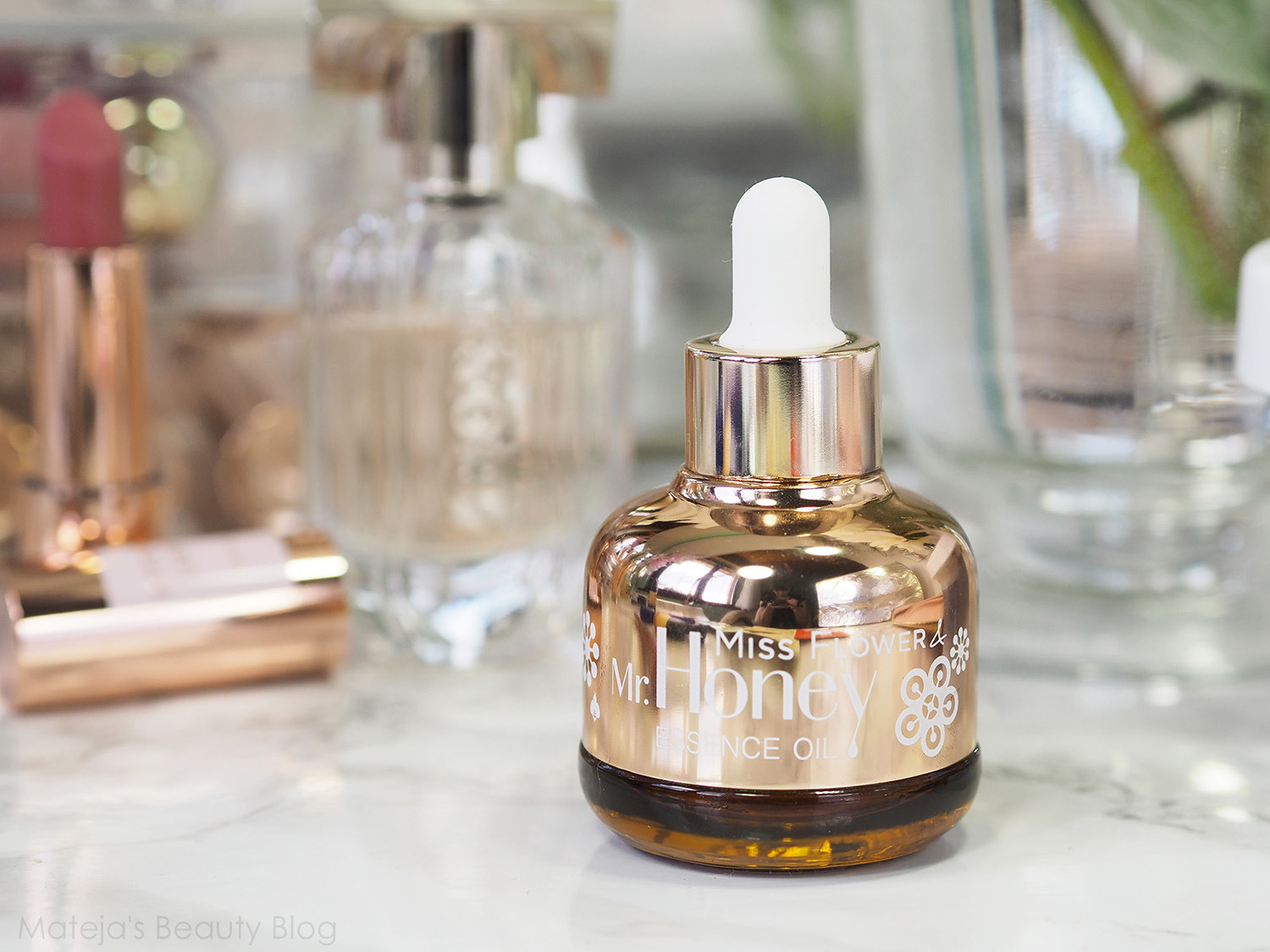 BANILA CO. Miss Flower & Mr. Honey Essence Oil
When I posted my New in, I only had this for three days, so I couldn’t tell you much, but I’ve been using it pretty much every day since and I’m just loving it more and more. I got it as a cheaper replacement for Estee Lauder ANR and now I think it’s even better, though textures of the two are not similar. This is a rich serum that if you don’t use just a drop feels heavy on the skin and it’s slightly sticky. It lingers on the face almost until morning, but if I use just a drop its absorbed much quicker. It works very similar as ANR on me, so my skin is clearer, more even, the texture is more refined, but the extra pluses of this serum are the healthy glow and improved elasticity. In combination with Nuxe oil, it’s just perfect. The scent is amazing as it’s exactly like real honey and just look at that bottle, it’s a decoration in itself. As I already said in my New in, I wouldn’t really recommend this to those with oily skin, unless you’re prepared for a heavier, very nourishing product. This contains collagen, niacinamide, honey, propolis, several oils, adenosine and I hear also a mild and stable form of vitamin C, but there is also alcohol relatively high on the list, just to warn those who are sensitive to it. 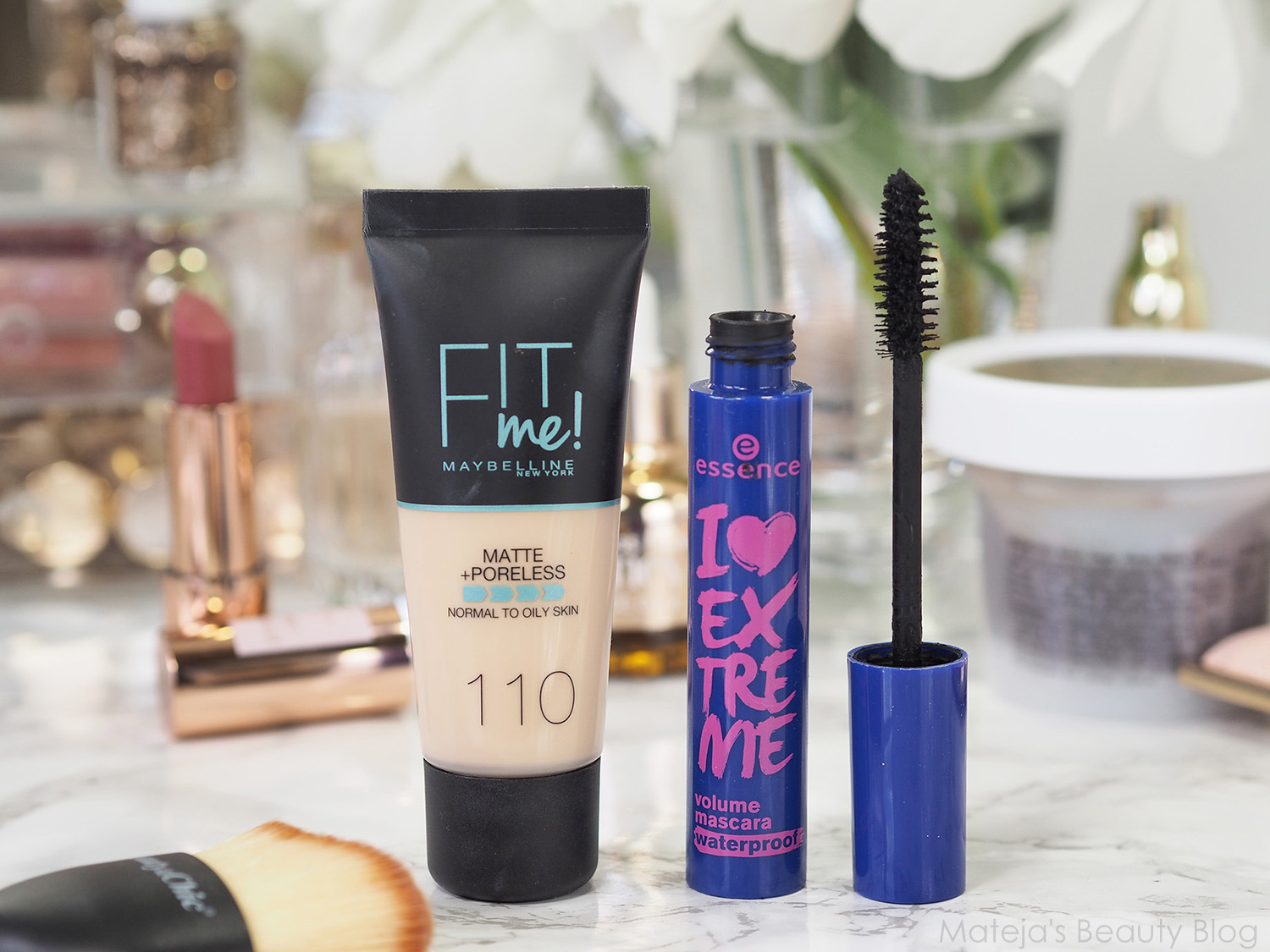 MAYBELLINE Fit Me Matte + Poreless
110 Porcelain
I don’t like to talk about products in monthly favourites before I have them introduced in New in, but for this I want to make an exception because it’s been such a long time that I bought a foundation and thought “Ok, this is actually really nice”. Fit Me Luminous + Smooth is a foundation that I use a lot, but just hate it – I really do because it wears horribly on me, but the shade is just perfect. That shade is 110 Porcelain and Matte + Poreless in a tube has the same name of a shade which as you can see I bought, but it’s not the same colour because it is a shade darker (unlike the American version of Matte + Poreless in a bottle which is the same. Confused yet by the different versions? I can’t blame you). So the shade is a bit too dark and too yellow for me, though my friends assure me it looks fine. Unlike the other Fit Me this looks beautiful on the skin – it’s doesn’t go patchy, flaky, it’s doesn’t emphasise pores, lines or uneven skin texture, but I also can’t say it holds oiliness at bay that well despite having a matte finish from the start. Formula is very light, easy to blend and it has a very natural look on the skin, mostly due to only light-medium coverage which is enough for me. Basically it’s a matte version of Bourjois Healthy Mix Serum and so far I love it, it’s one of the best foundations I own, but I’ve only been wearing it for about two weeks now, so my opinion could still change.
ESSENCE I Love Extremes Volume Mascara Waterproof
I’ve been on a really long break from waterproof mascaras, mostly because they are more difficult to remove and I gave lash curling a break too, but as soon as I used this again when I was taking pictures for the blog, I remembered how outstanding this mascara is. It’s so much more volumising than my other mascaras and it gives me big lashes that aren’t all spidery or clumped up, plus since it waterproof it hold the curl all day. This is seriously one of the best mascaras on the market. 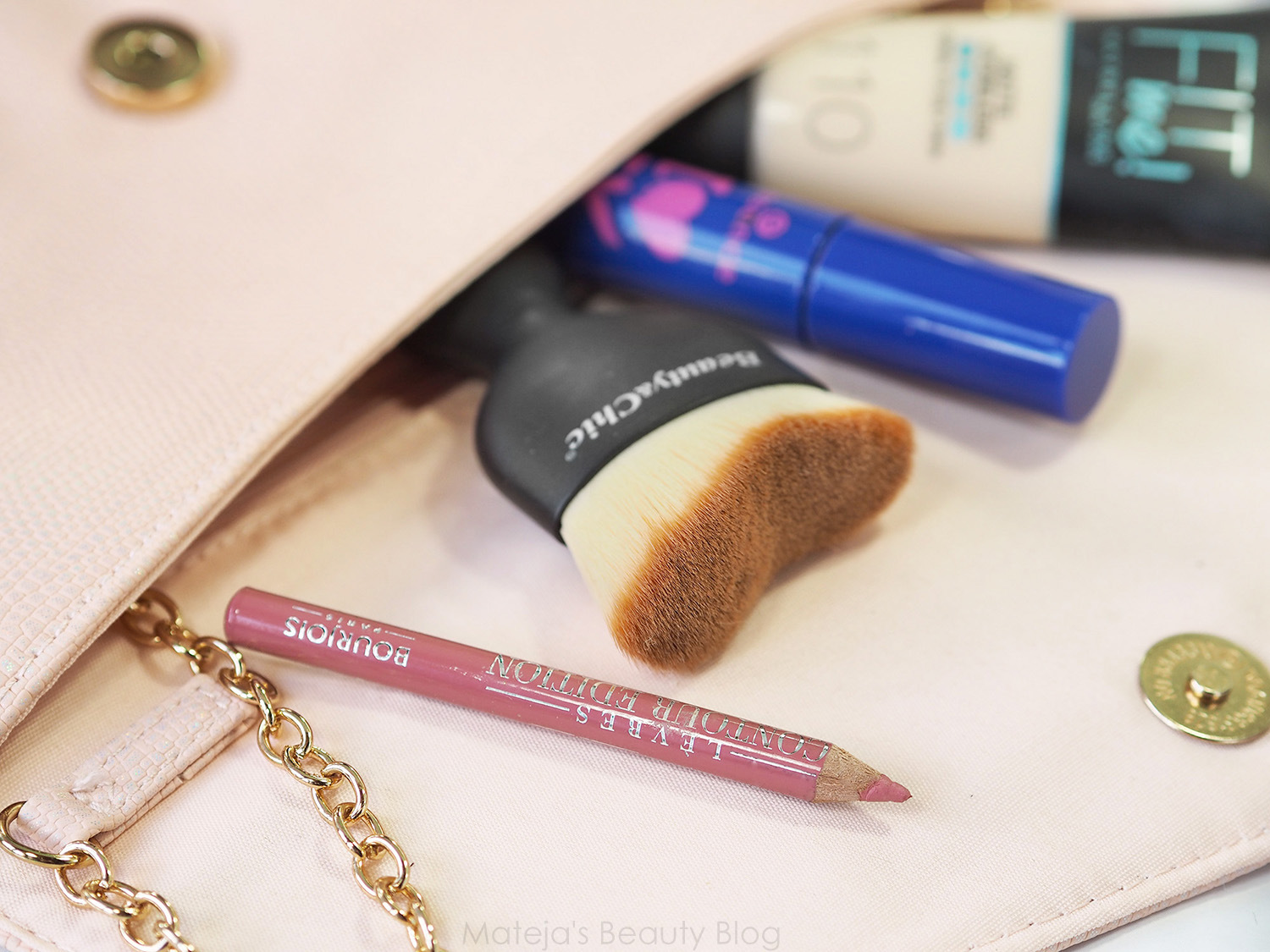 BOURJOIS Contour Edition Lip Liner 02 Cotton Candy
This is my choice for a lip colour when I want something neutral that’ll still give me a bit of colour. It’s like a less bright pink version of Please Me by Mac, so I prefer it for my easy choice of pink and you’ll notice it on some pictures when I have before/afters of foundations because it gives me some definition, plus it looks really good in pictures. This is one of my favourite lip liner formulas because it’s so soft and creamy, but you can still be precise with it. I actually just went and bought shade 01 Nude Wave and now I’m thinking I should have grabbed the red one as well. 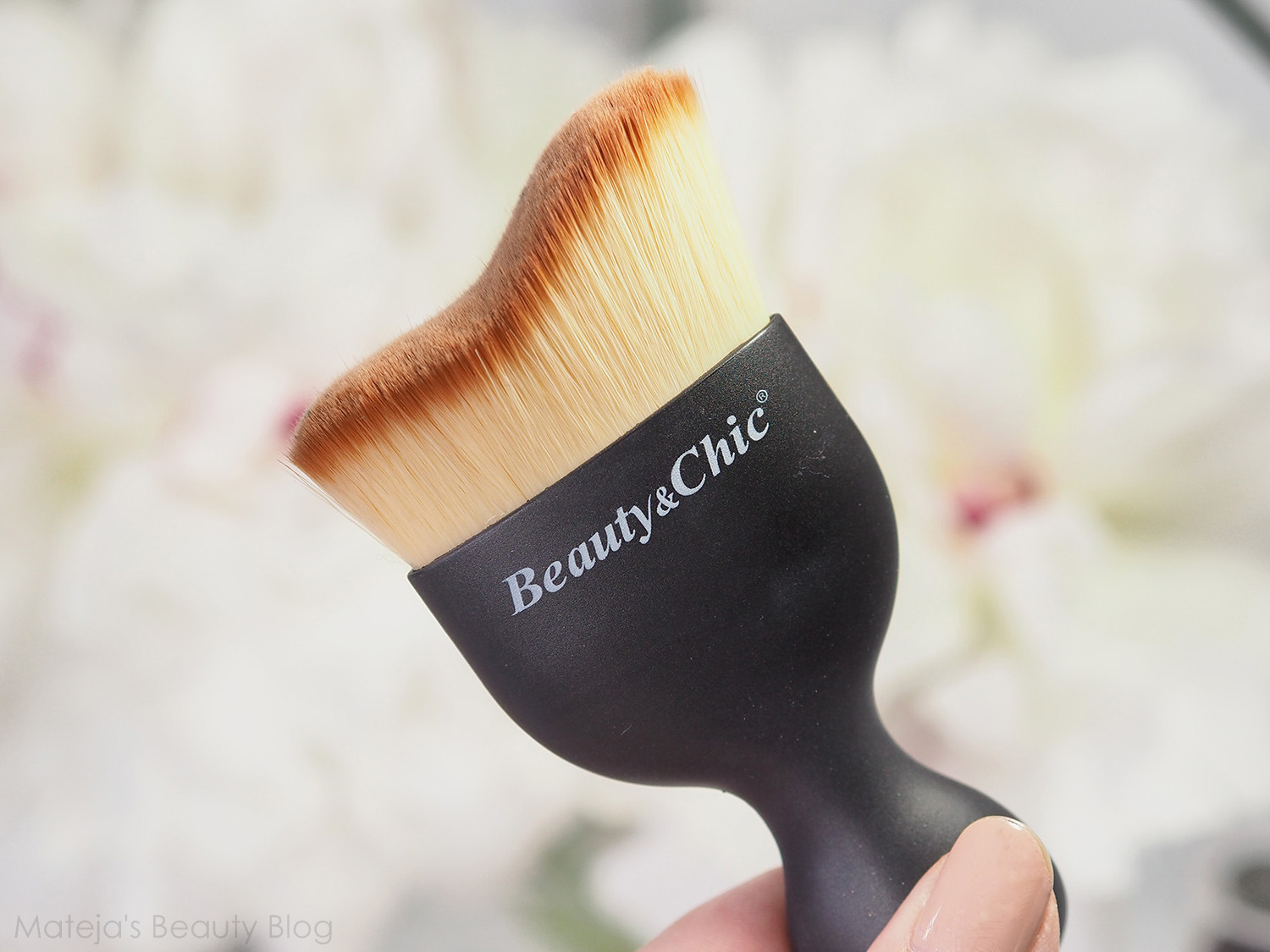 BEAUTY & CHIC Contouring  (S Shape) Brush
I placed this in my big brush vase otherwise known as the place my brushes go do die because I always use the same few for my face makeup which are in a different place, but I picked this up for no reason and I felt so stupid for no using it all the time. It’s the perfect blush and highlighter brush for me. I have a small face, if I want a precisely placed blush, I need to use flat ones, otherwise it ends up too low and too close to the nose, so this one is so perfect for the job. It’s also perfect for applying highlighter without making it as an obvious stripe of shimmer on the face. This one is so incredibly soft and it picks up the colour so well. 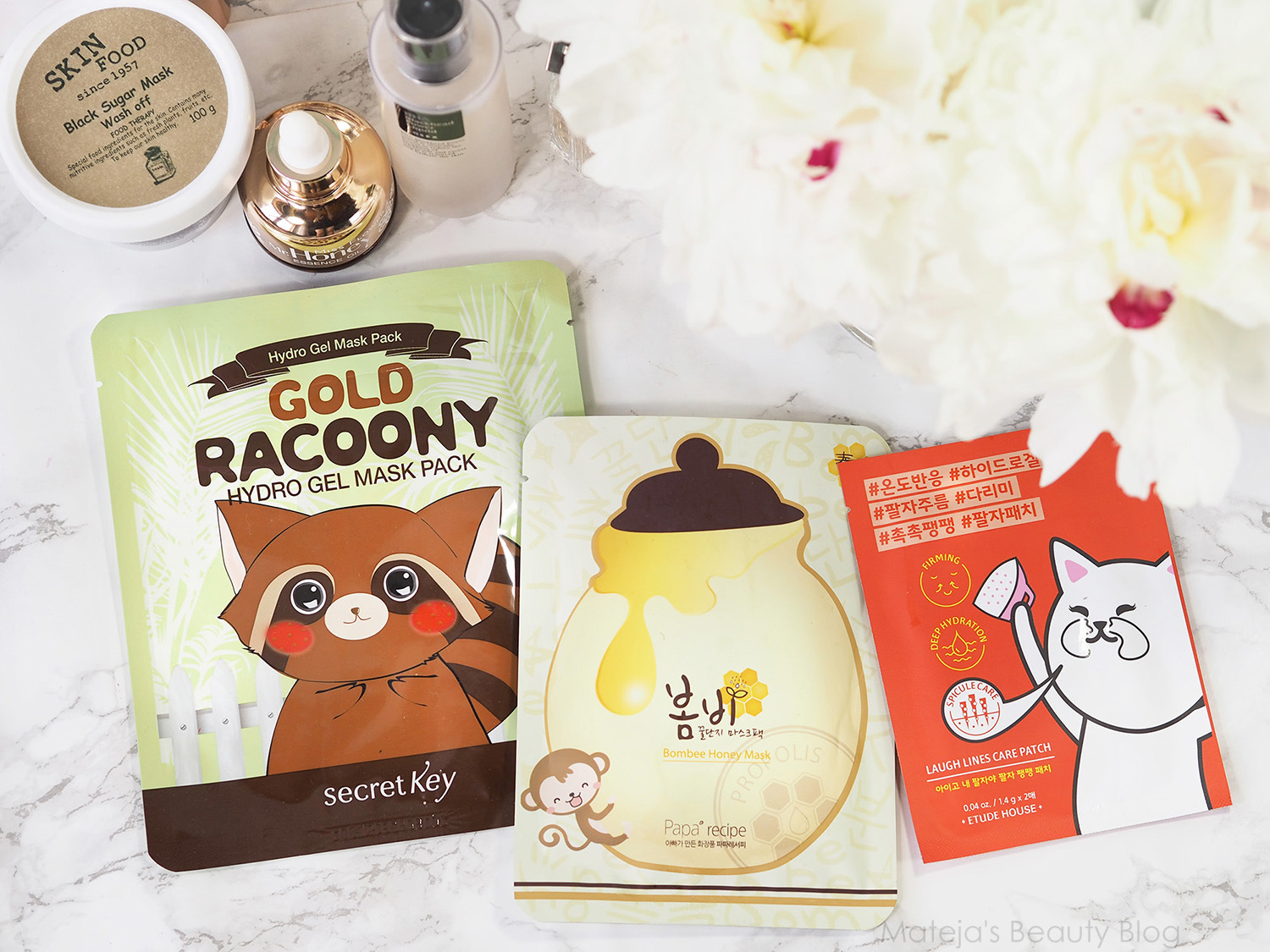 SECRET KEY Gold Racoony Hydro Gel Mask Pack
I didn’t expect much from this mask since I bought it just because it’s cute, but it was one of my favourites. It’s a hydrogel one, but it’s quite thick and stiff from the start, so the fact it’s in two parts, comes very handy. It made my skin look a bit more even, redness was toned down and the skin looked more fresh/plump. This mask has some extra cut outs for the eyes and lips, which I used on my smile lines the next day and it definitely helped the area look more plump and filled up. Elasticity returned too, since my skin bounced back like it used to. It’s super fragranced though, no other had such a strong scent, but I happen to like scented things. I just ordered the Pink Racoony patches and I just hope they arrive soon.
PAPA RECIPE Bombee Honey Mask
I loooved this one! It indeed smells like honey, though you can’t smell it all the time when it’s on the face, but its effects are far more important.  This just made my skin look fantastic, so it has very similar effects as My Beauty Diary Black Pearl and The Face Shop Snow White in a way that the skin looks more even, with less pronounced redness, it’s smooth, hydrated and happy, but this gives that bit extra and that is that it temporarily plumps up the skin and diminishes the look of my smile lines. The sheet and fit are also some of the best I tried and you have plenty of essence left for later use. I ordered almost all the different versions: Rose Gold Honey, Black Honey, Whitening Honey, Ginseng Honey and another original version (missing only Butter Honey), so I can see which one I’ll like best and then I’ll buy a pack of these, though these are quite expensive compared to others.
ETUDE HOUSE Laugh Lines Care Patch
I was surprised to see these work. They aren’t miracle workers, but they have a satisfying, though temporary result of diminishing the lines by plumping up the area. They are hydrogel patches so once the stick on the face, the don’t start sliding off and you can do anything with them, apart from doing exaggerated facial expressions. They are quite expensive considering you only get one pair in the pack and I ordered Pink Racoony patches instead, but I would consider repurchasing these as an occasional treat. 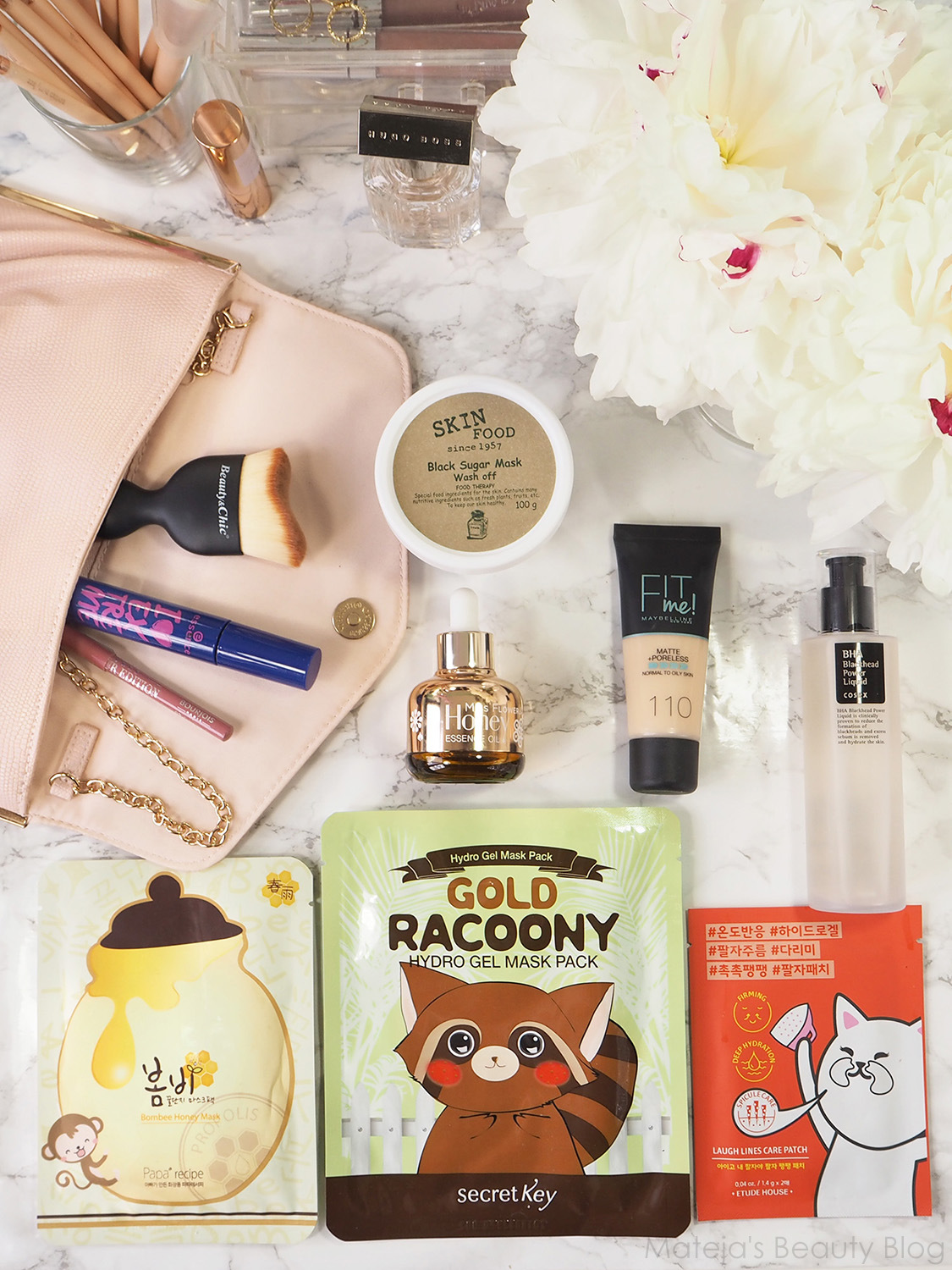