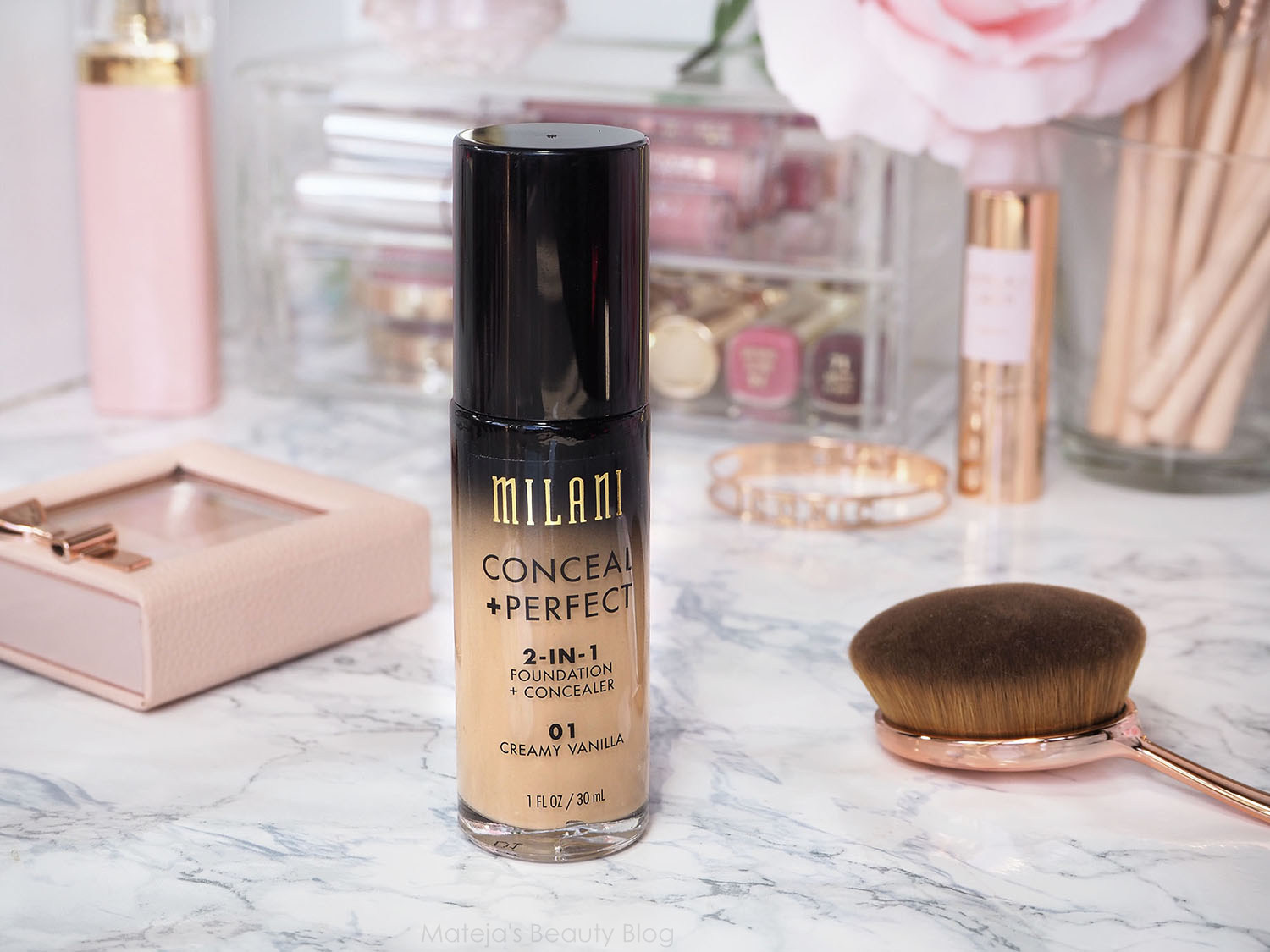 I often miss this types of hypes about products from brands that aren’t available in drugstores here because I always assume they won’t be sold in my country anytime soon and if it will, they’ll probably pick four shades from the middle of their range that will be too dark for my porcelain skin. Well surprisingly this one started to be sold a lot sooner than I expected, most of the shades actually, so I finally checked the buzz about it on social media and blogs where it has a mostly positive feedback, however, when I checked reviews on Makeup Alley, the overall rating is average. I was very concerned about the lightest shade 01 Creamy Vanilla because there weren’t that many (useful) swatches and when I got it, my fears were confirmed, as this shade could hardly be more wrong for the porcelain doll like me. And yet, in terms of texture this is one of the best looking foundations on the skin, I’ve ever found. 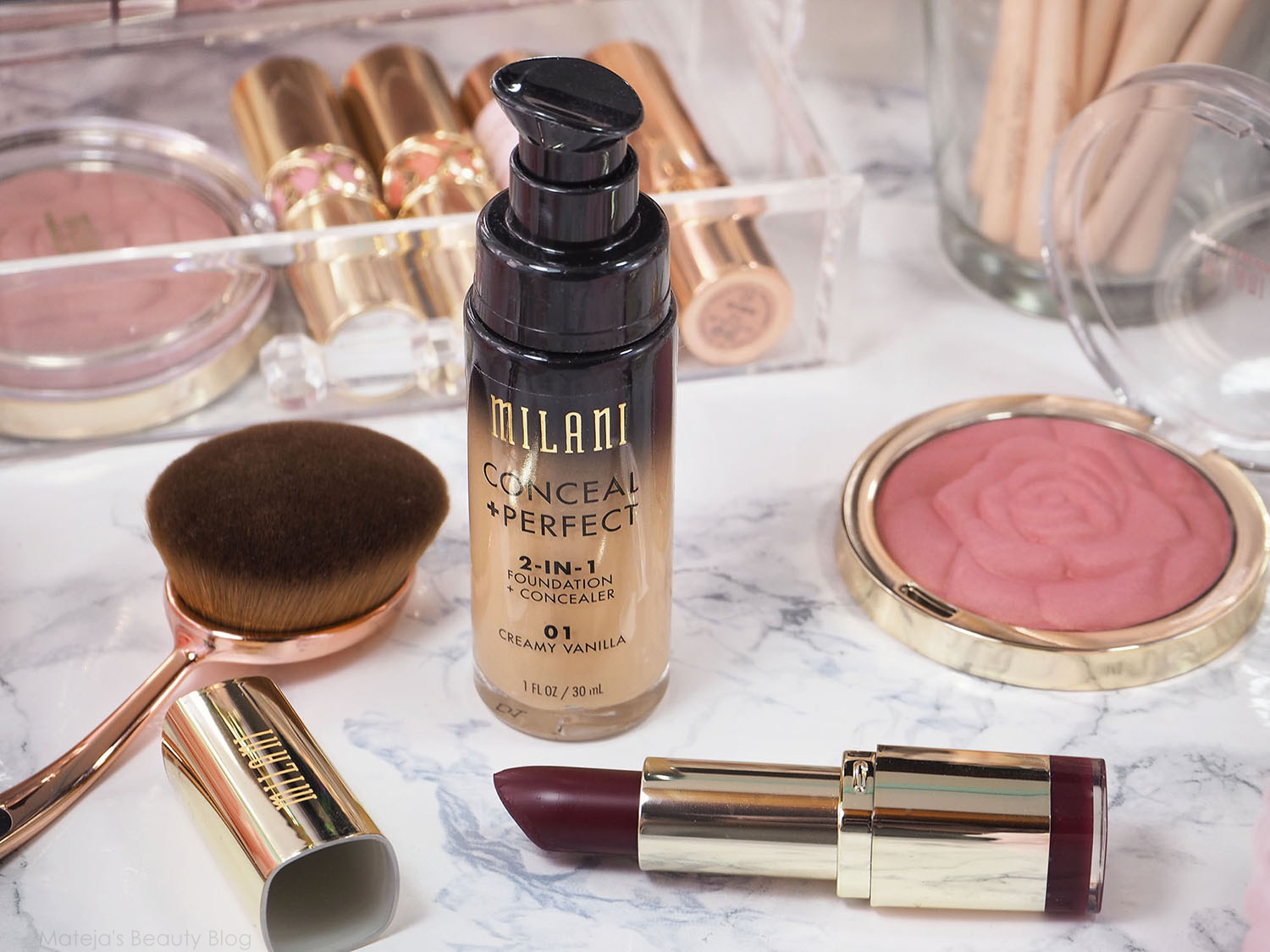 Texture: This has a very thick texture that actually reminds me of old school foundations that didn’t have that much silicone slip to it, but the closest foundation I can compare it to is Catrice’s Nude Illusion. Since it’s so thick, you need to work fast with it and preferably in sections, so apply a blob of foundation on the cheek and blend, then move to a new area. It’s not a foundation you’d put on in a hurry, just to warn you. I suggest using either a thick buffing brush or a sponge for application, while thinner brushes might make it streaky. 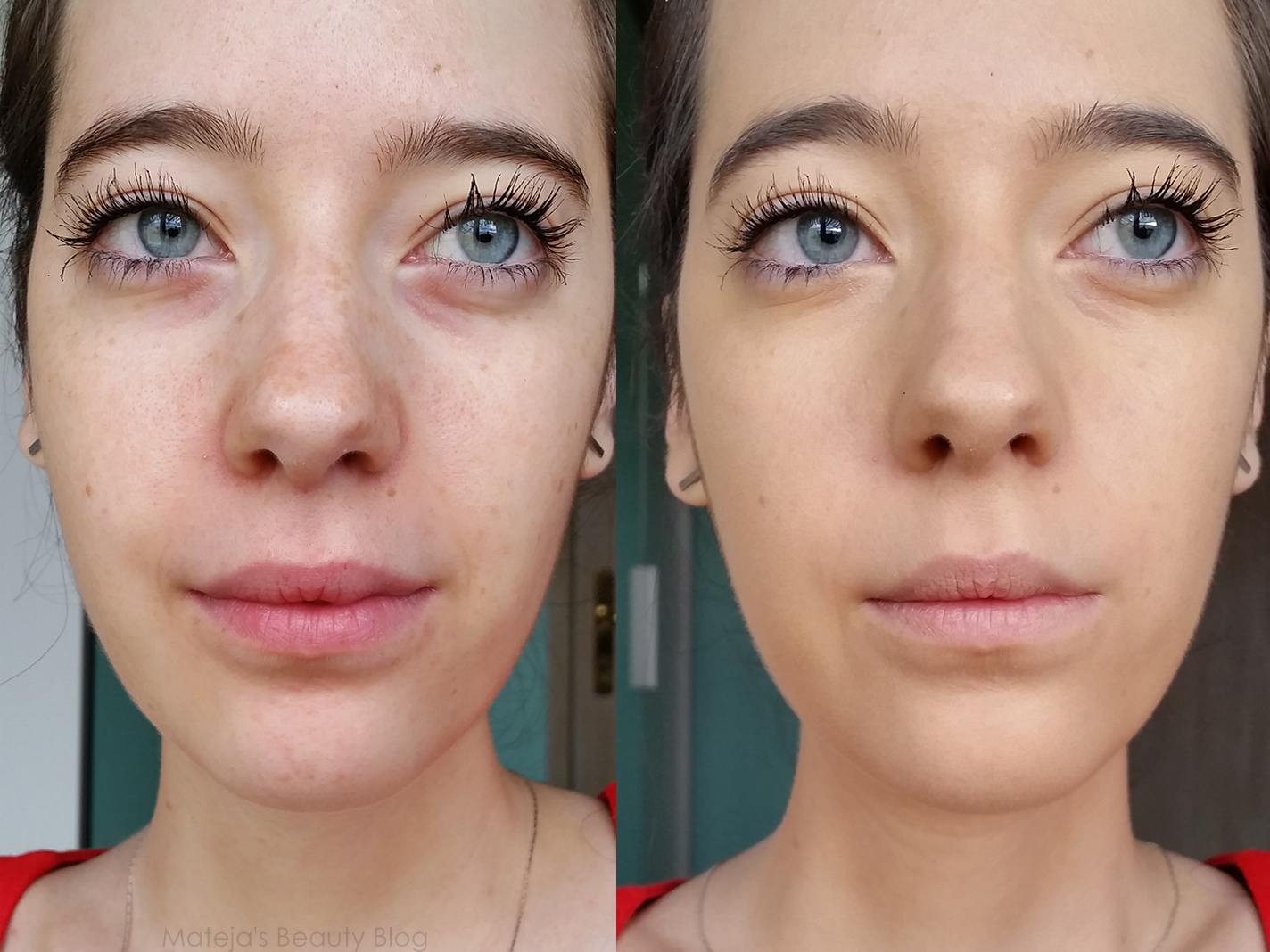 Coverage & Finish: It’s a medium-full coverage foundation with a satin finish or maybe semi-matte. It covers my uneven skin tone due to freckles well, but as you can see the darker ones are still visible (original before/after pic is quite large, so just click on it). It also needs another coat over circles and mine aren’t that bad. So can you use it as a concealer? Well, which proper foundation can’t do that any way, but it’s not exactly Collection’s concealer. This foundation is one of the rare ones that doesn’t sink into or emphasize my lines around my mouth excessively (which are actually not that noticeable without foundation, but every one makes them visible from space), it doesn’t emphasize pores and so far it hasn’t caught on any of my patches, but that’s something I’ll be able to assess better in colder months. This foundations is the best one for pictures I’ve ever found – it’s a combination of higher coverage and that semi-matte finish, so if you’re a selfie obsessed person, this might be what you’re looking for. It also doesn’t have SPF (I think), so it should be good for flash photography, but I haven’t checked that. There is some shine peeking through at the end of the day, but it’s not that much and I read that other reviews praise it for keeping the skin matte long enough. Personally, I didn’t need to use powder with this one. I’m not going to say it’s perfect on the skin, no foundation creates a flawless supermodel face, but it’s pretty nice. 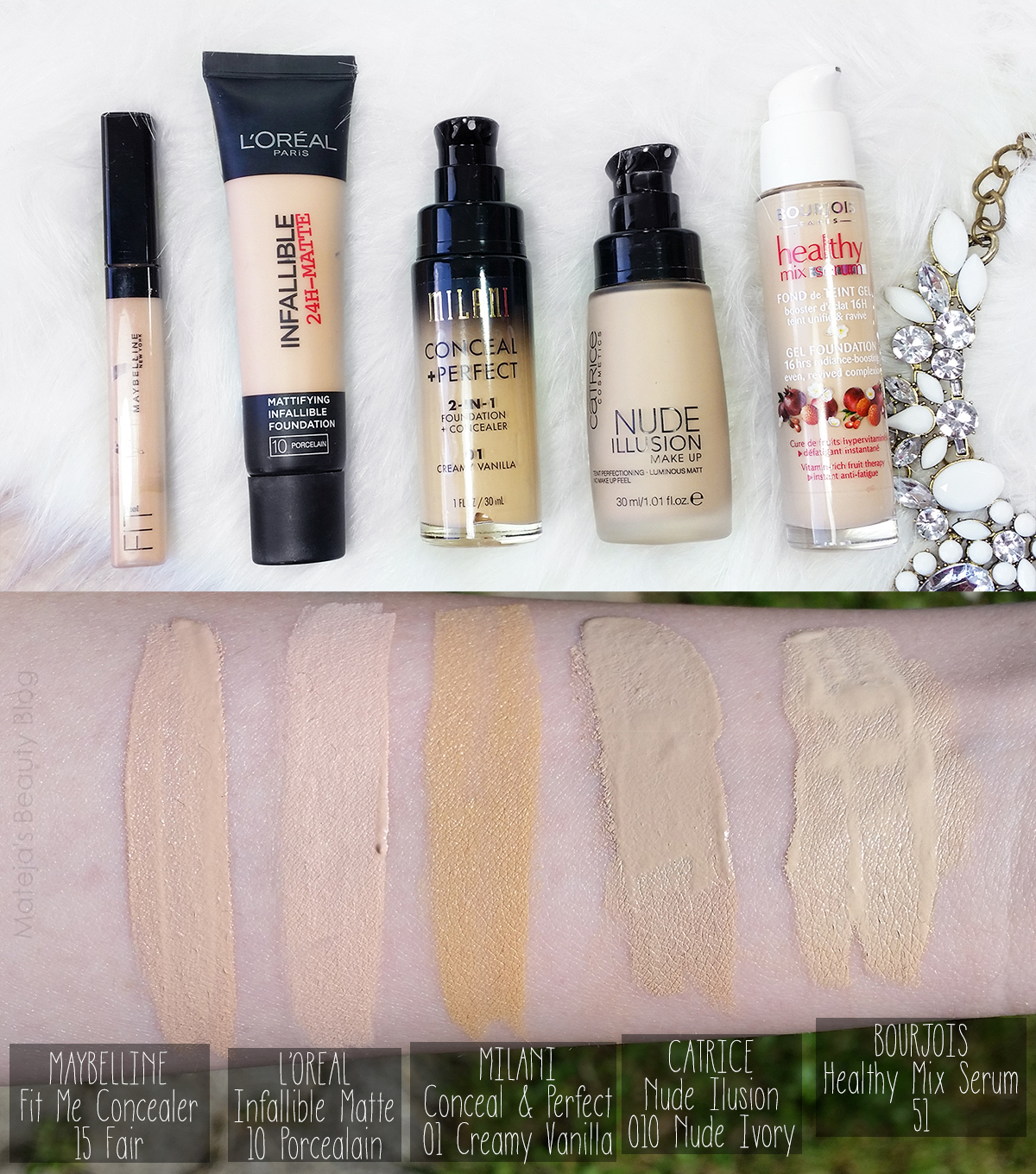 MAYBELLINE Fit Me Concealer 15 Fair, L’OREAL Infallible 24H Matte Foundation 10 Porcelain, CATRICE Nude Illusion Foundation 010 Nude Ivory and BOURJOIS Healthy Mix Serum foundation 51 Light Vanilla.
Colour: I think the picture says it all. Yes, 01 Creamy Vanilla is the lightest shade in the range and it’s nothing short of awful for us Snow Whites. Notice I included only my darkest foundations in the stash plus the standard comparison with Bourjois HMS 51, but compared to my lightest foundations the difference is just embarrassing for Milani. It’s a dark and very yellow toned foundation that I barely pulled off with a lot of self-tanner, so without mixing it with a very pale, pink foundation this is a no go for me, however, not even that works that well (I’m wearing only Milani’s foundation on the pics and I look like a different person to myself). I’m hoping I can get my hands on TBS lightening drops which apparently also help town down the orange hue, so it might hopefully make it more wearable. I have been exploring a bit and I saw an overwhelming amount of criticism on the shade range on Milani’s social media, so hopefully they’ll listen to the feedback and release better, lighter and darker shades, but I hear 01 is worn by people who also wear Mac NC 20-25, Revlon Colorstay 180 and L’Oreal True Match N2. 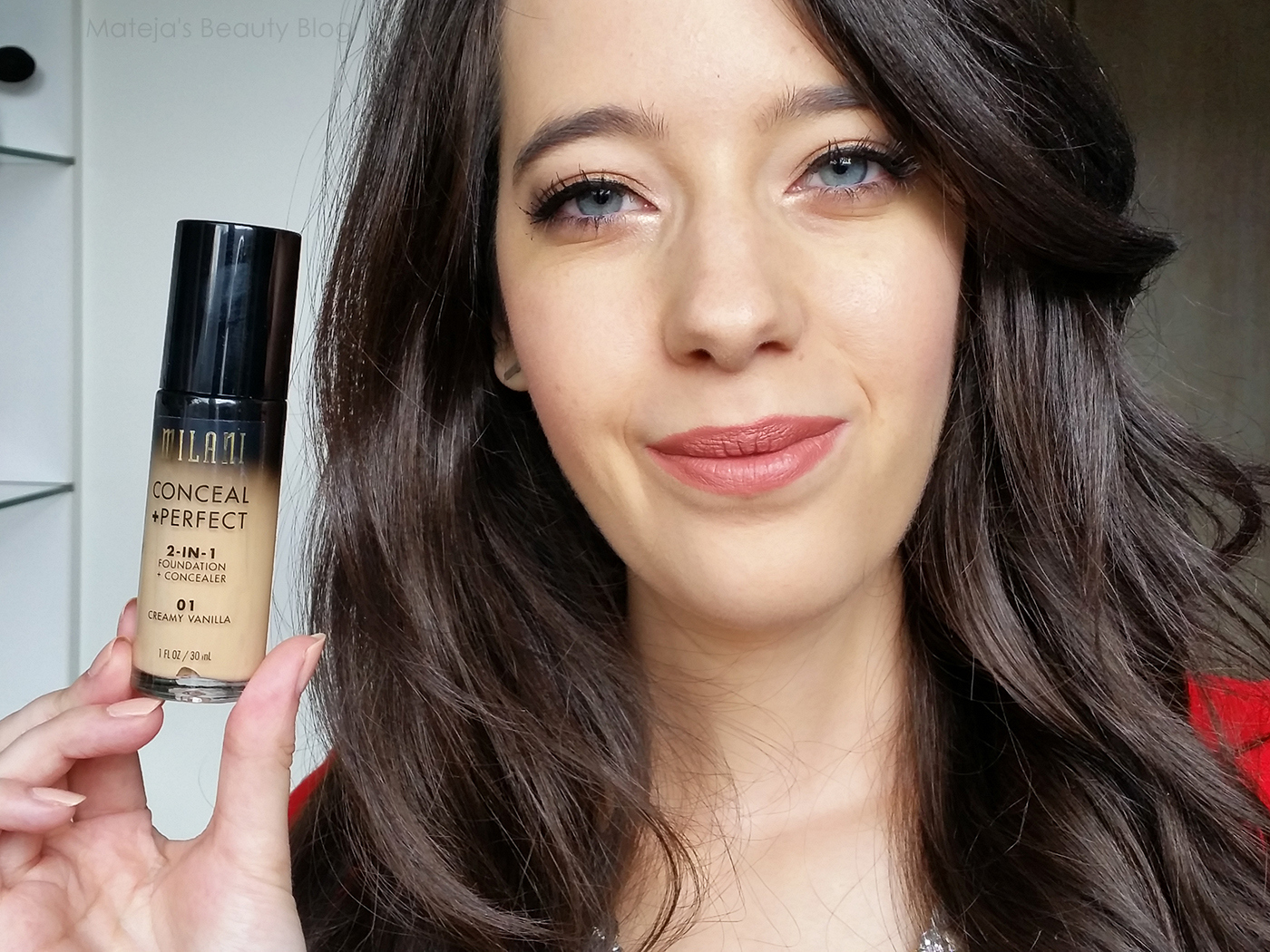 Rest of the makeup: Wet n Wild Comfort Zone, Milani Eye Tech Extreme Liquid Eye Liner, Physicians Formula Sexy Booster blush and Wet n Wild Megalast lipstick Bare it All.
Staying Power: Staying power is fantastic. On my normal-combination skin it hangs on so well and normally foundations rub off quickly from my nose revealing my most uneven part of the skin, but not with this one. It also fades so nicely, not patchy or uneven, it doesn’t clump up all weird like Nars Sheer Glow does on my after hours skin. I’m truly impressed by this, so naturally I’m very gutted it’s not available in my shade. Based on my research I think it fits people with oily-combination skin, but it’s not that good on dry skin. 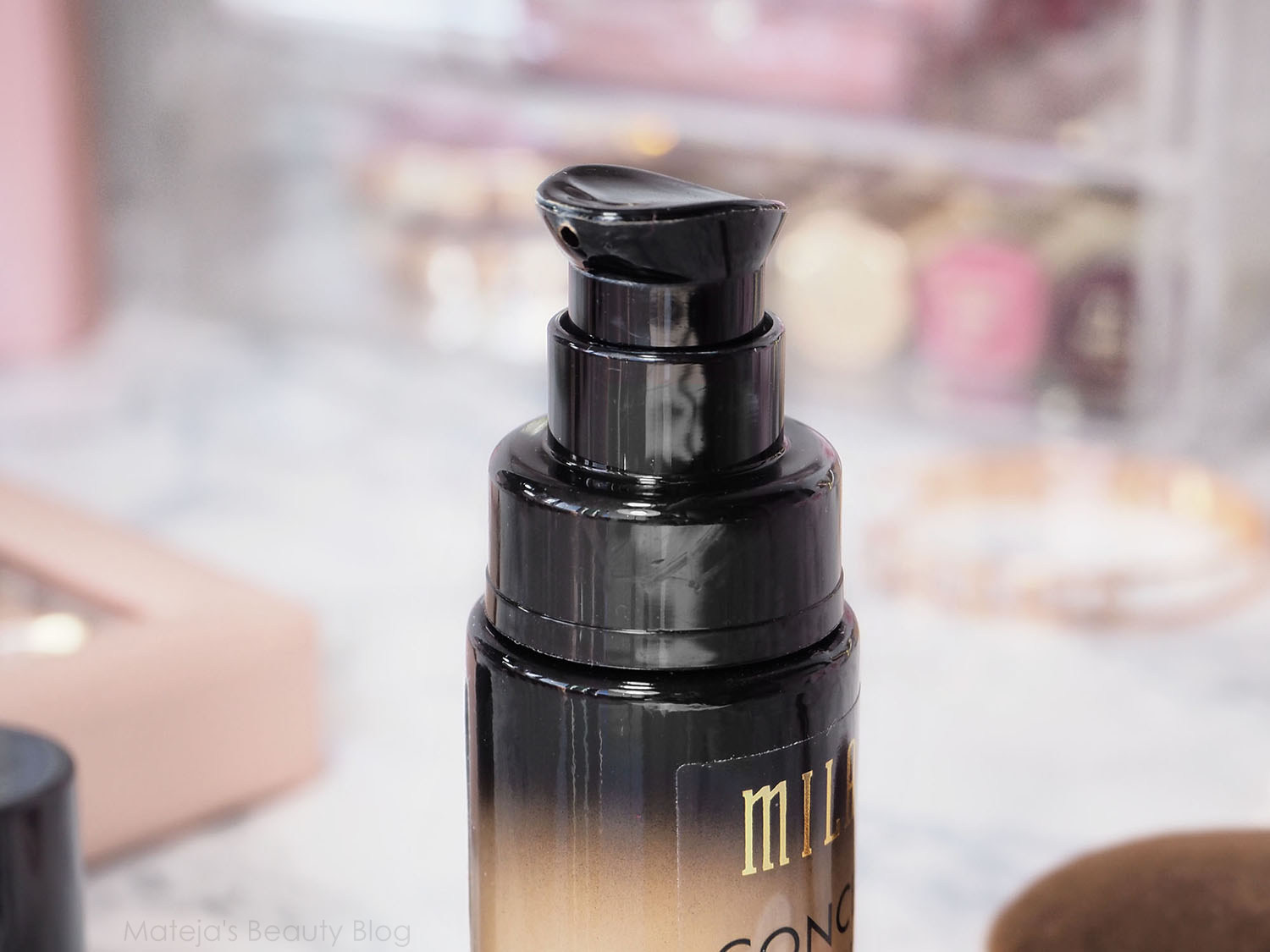 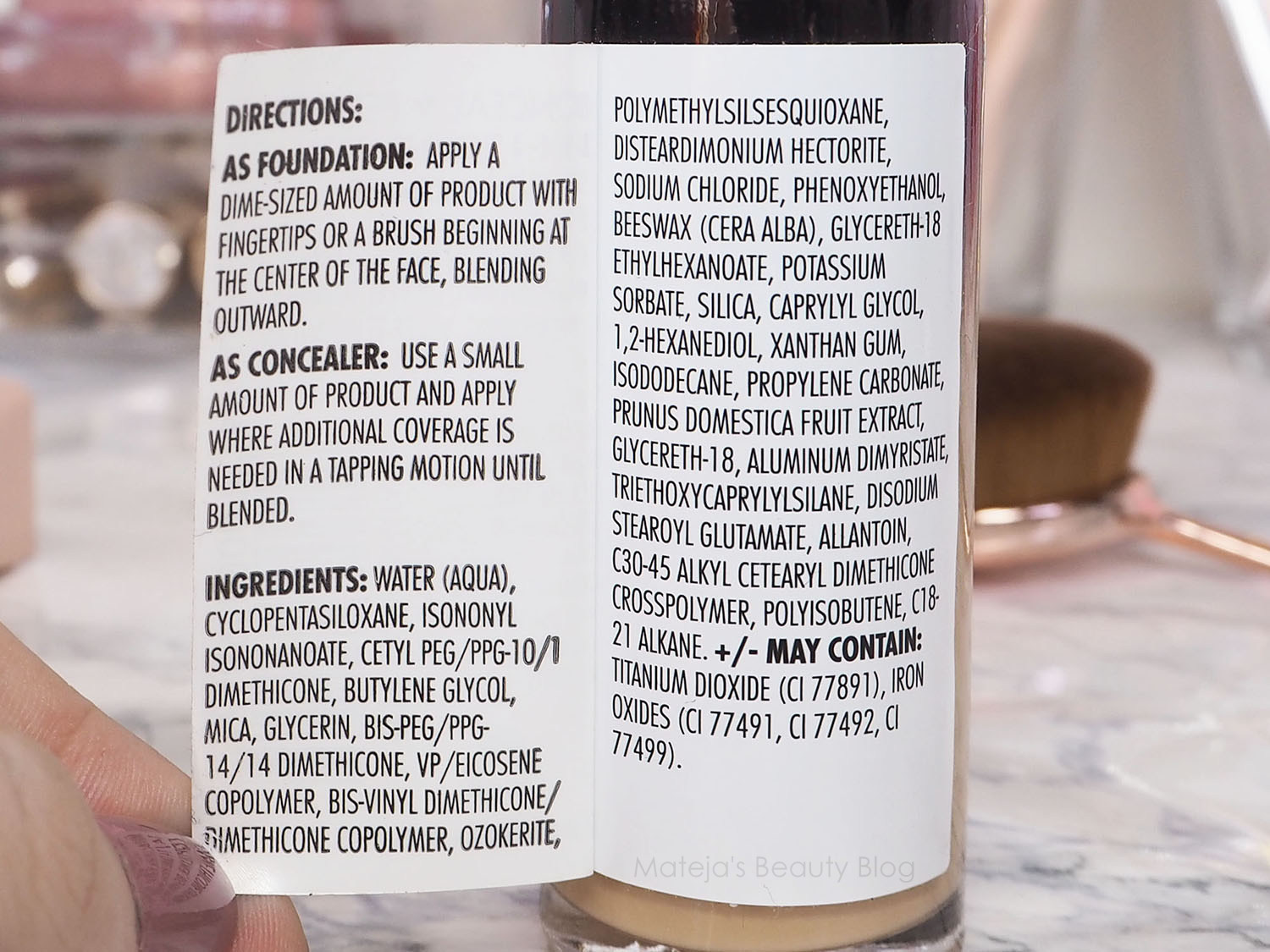 Packaging: is glass with a pump that is very similar to Catrice’s Nude Illusion. It’s easy to pump a small amount of products. In general the bottle feels very well made.
Scent: It’s got a slightly strange scent of paint, something sour and sweet smelling flowers, but it’s only noticeable at application.
Price and availability: Mine is from Click2Chic where it costs 12.49 €, international readers can get it on Beauty Joint. 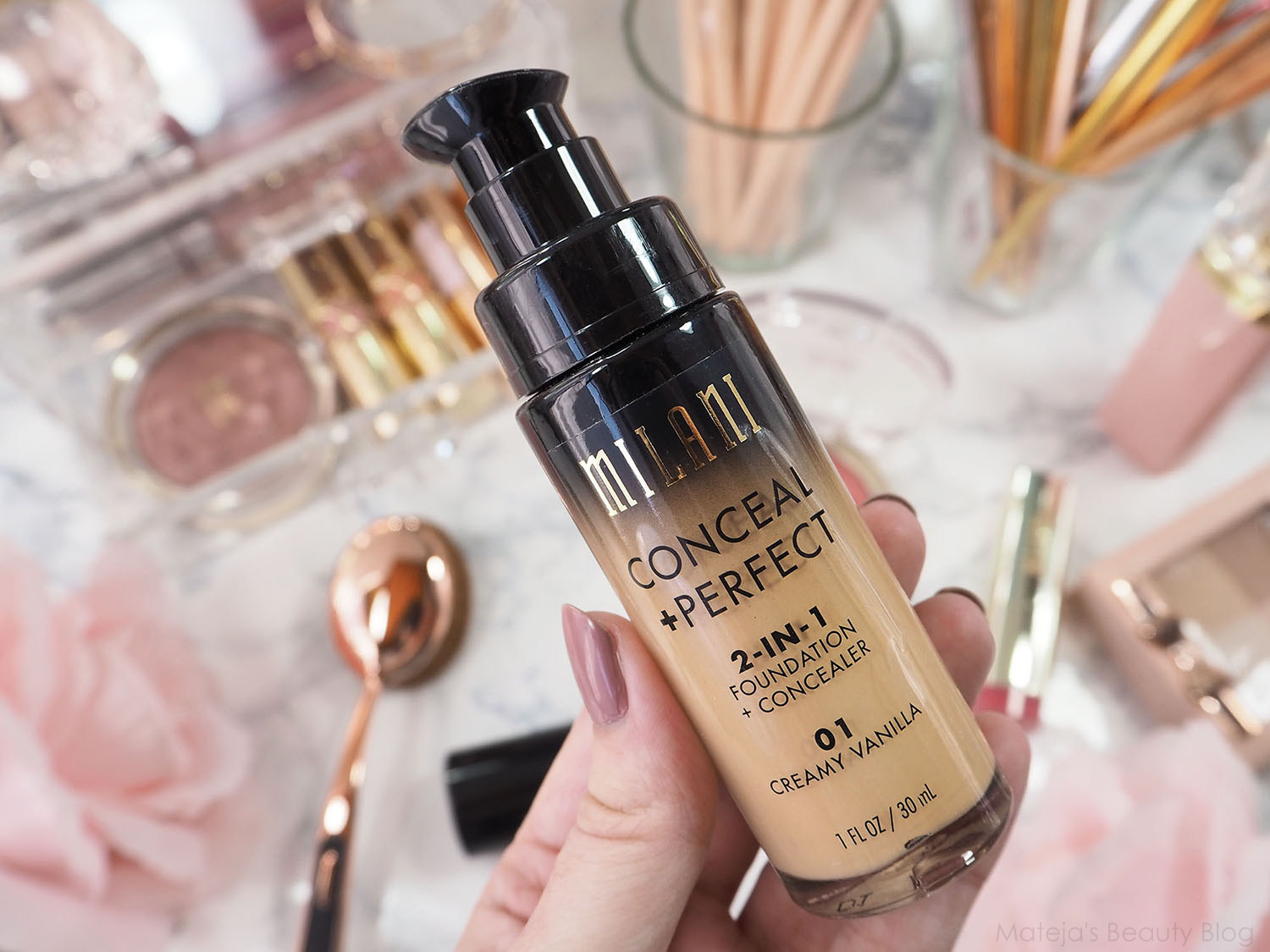 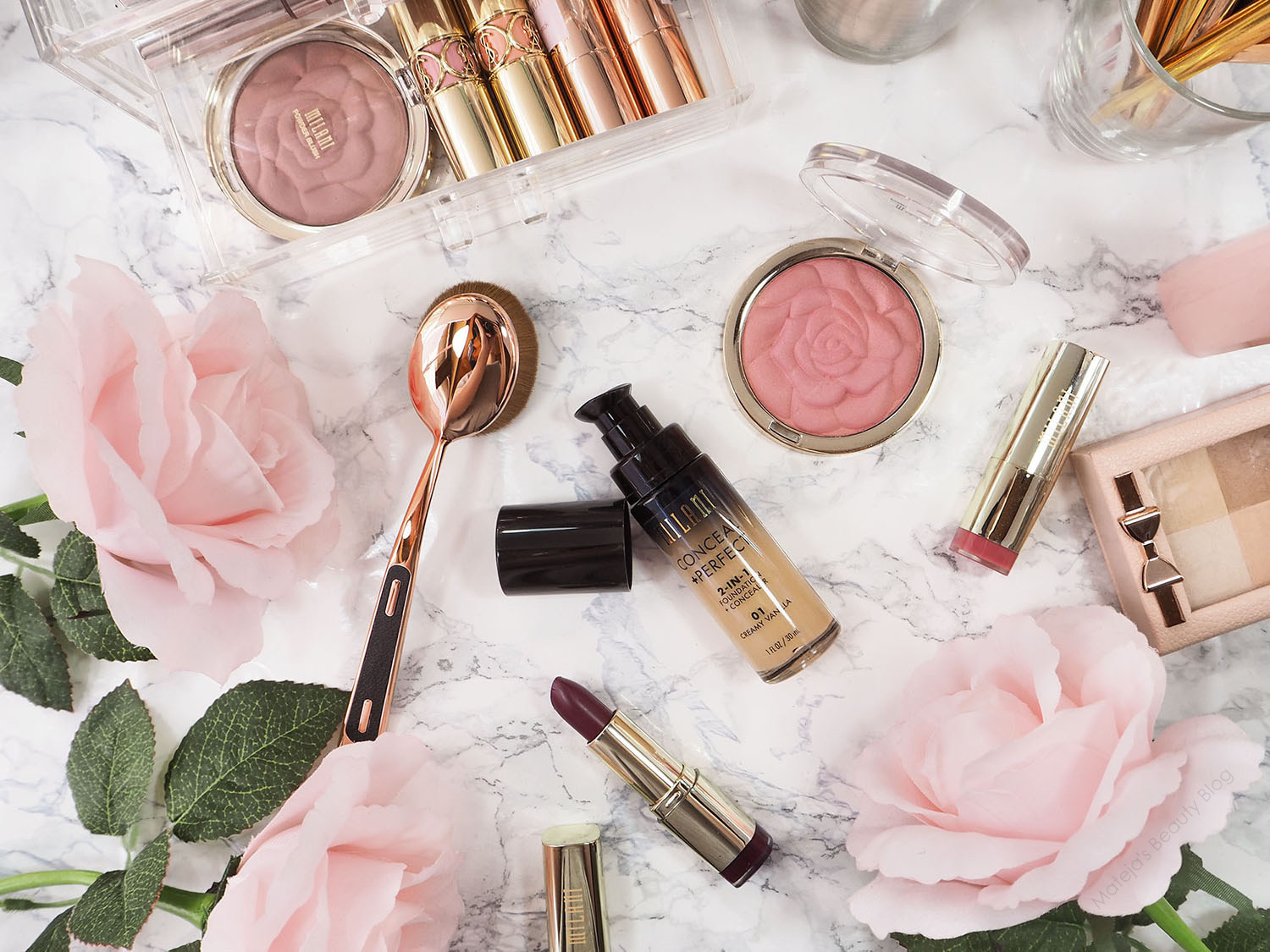