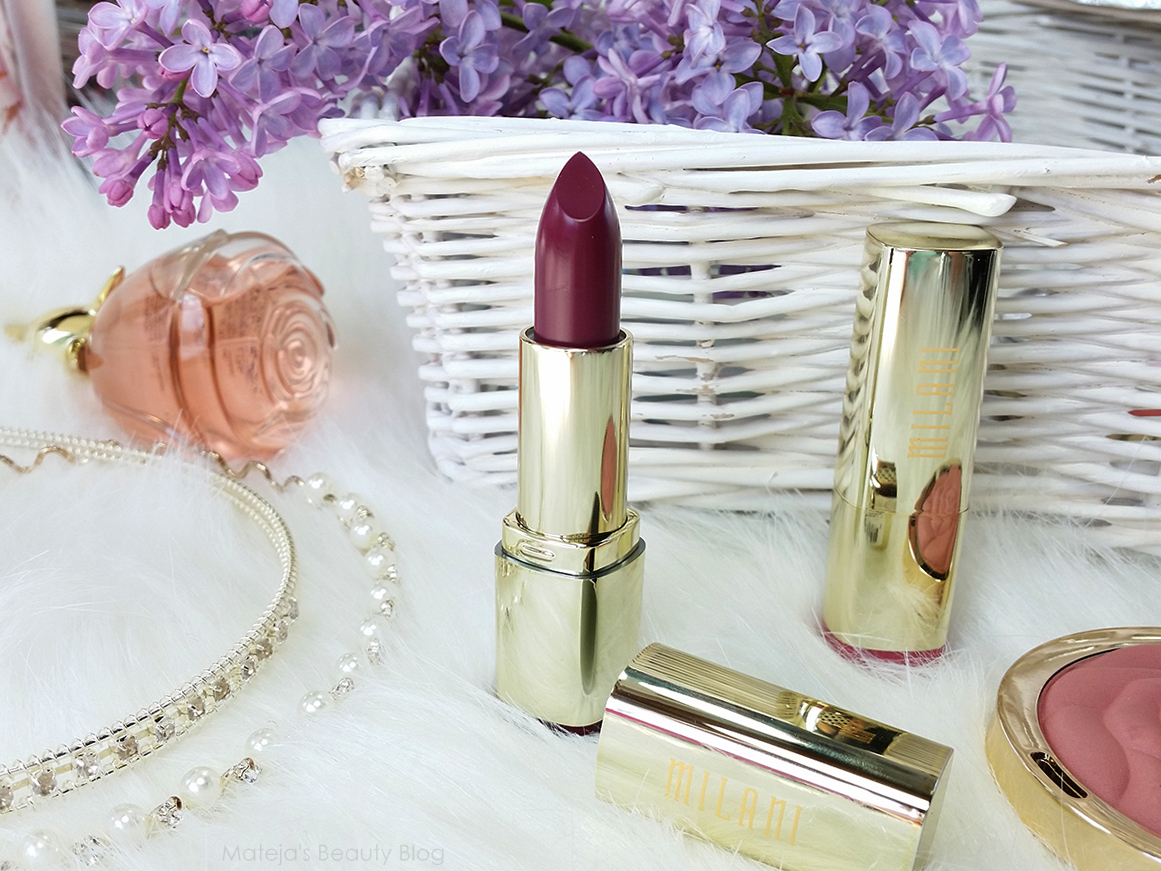 I’m not exaggerating when I say these may be my favourite classic lipsticks ever. I kept them on my wishlist for a long time before I had a chance to try my first shade called Darling and it was love at first try. These have the best texture I’ve tried out of all classic lipsticks (bear in mind I’m a matte girl at heart) and I really want to own more of these, but I got Flirty first because it looked most like my type of shade. By the way, both Darling and Flirty are not a part of the original shade range, instead they’ve been released last year when they significantly expanded the line. 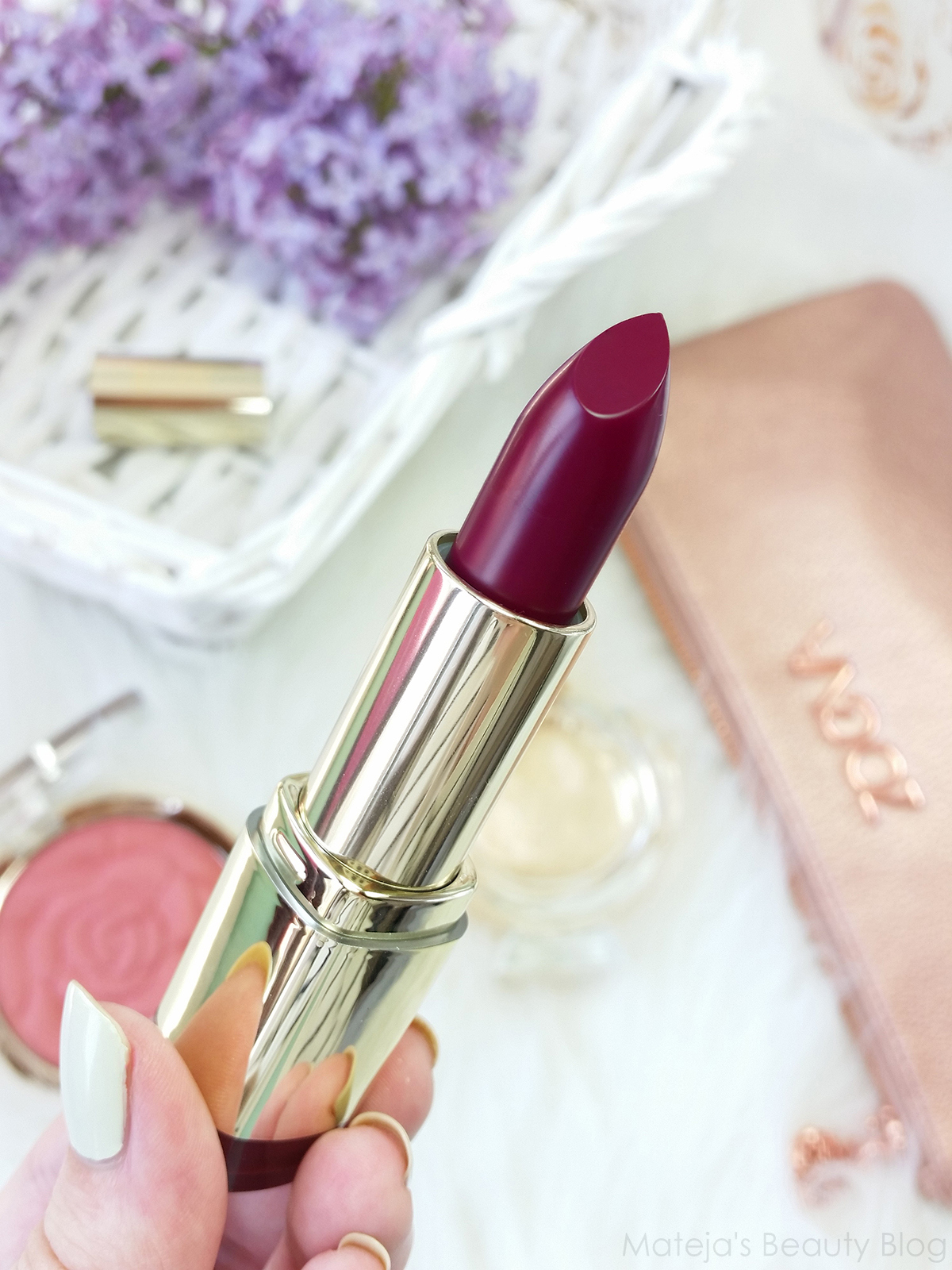 Texture: I’ve reviewed the formula in my Darling review, however, they do differ a bit. It’s a unique formula and something I’d describe as silicone-creamy, so it’s very smooth on the lips almost like a primer with a lovely matte finish that doesn’t look chalky. I tried wearing both shades side by side and Flirty is a bit more creamy and less matte. Those little differences will appeal to those who don’t get along that well with matte lipsticks, but it’s again a fantastic quality formula that feels comfortable on the lips. At Flirty the first layer is sheer, but second builds up the colour. 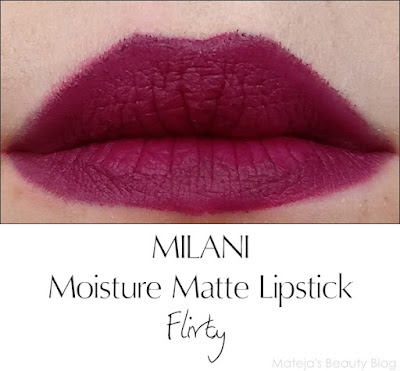 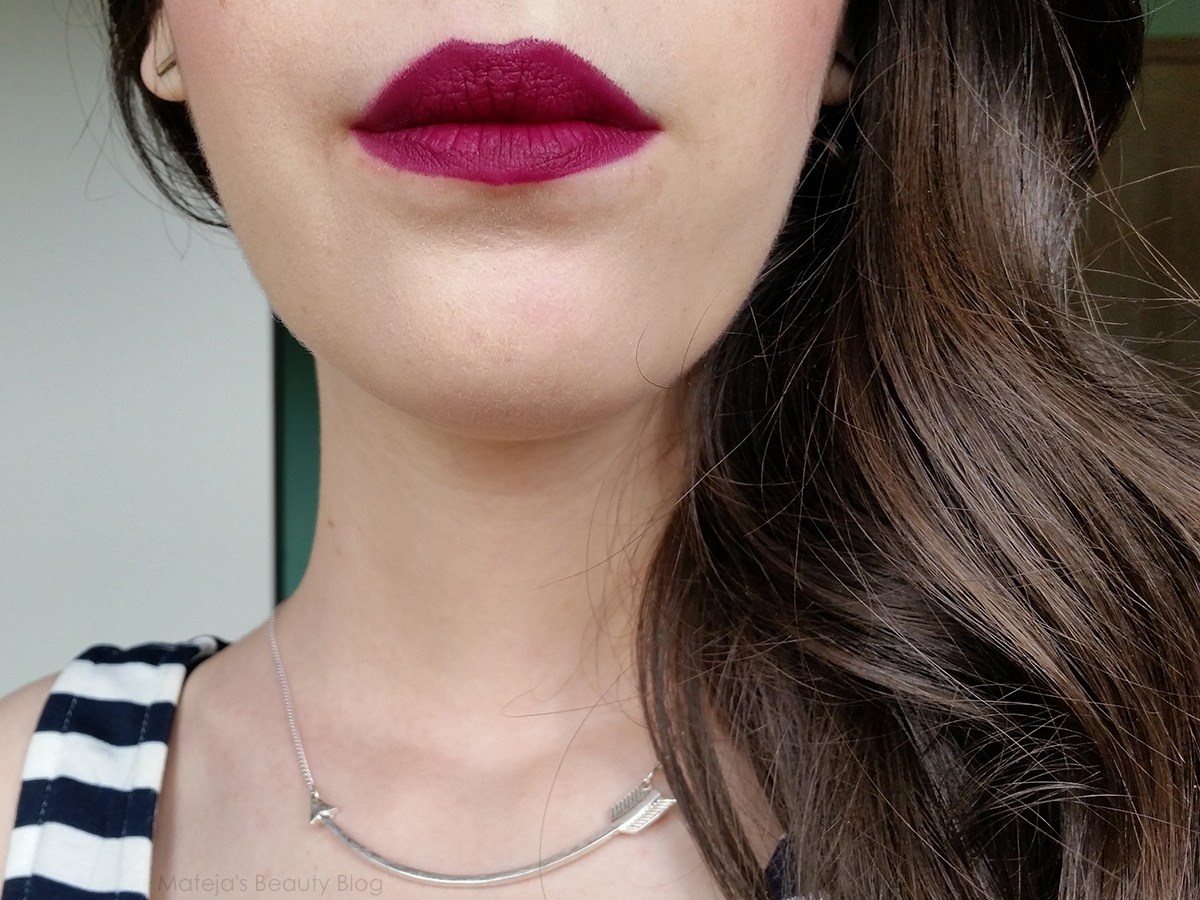 Necklace from the Happiness Boutique.
Colour: Don’t be fooled by the vampy looking colour in the tube. It actually looks considerably lighter on the lips. It’s a deeper pink-purple shade, but one that’s more red than leaning to blue. I had hoped it’s be a dupe for Mac’s D for Danger, but it’s more purple. It’s more of an autumn/winter shade, or one that’s better for night-time makeup. 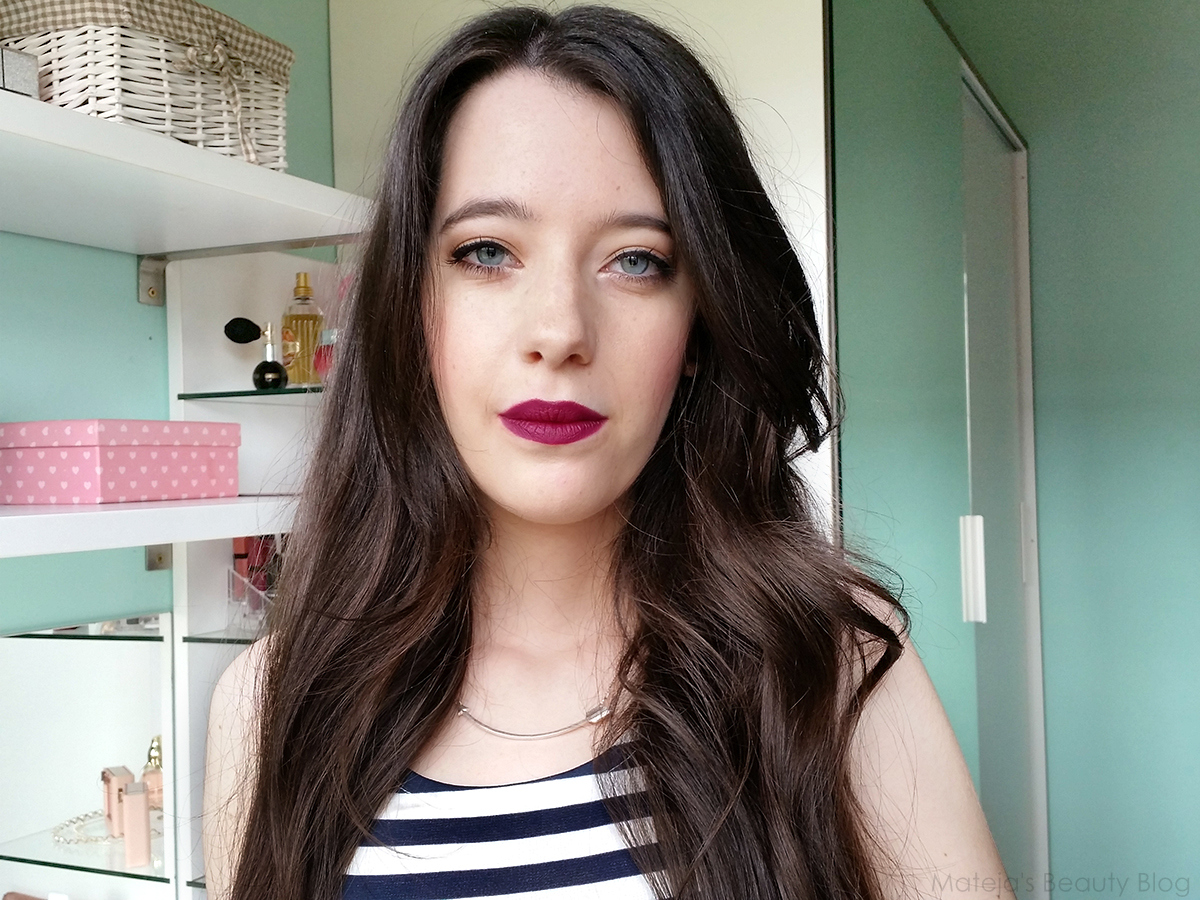 Staying power: Staying power is nice since it’s a darker shade, but it’s a creamier texture, so it doesn’t last as well as their Amore Matte Lip Cream. It leaves a stain, but on me it wasn’t even because the colour stuck only on dead skin. 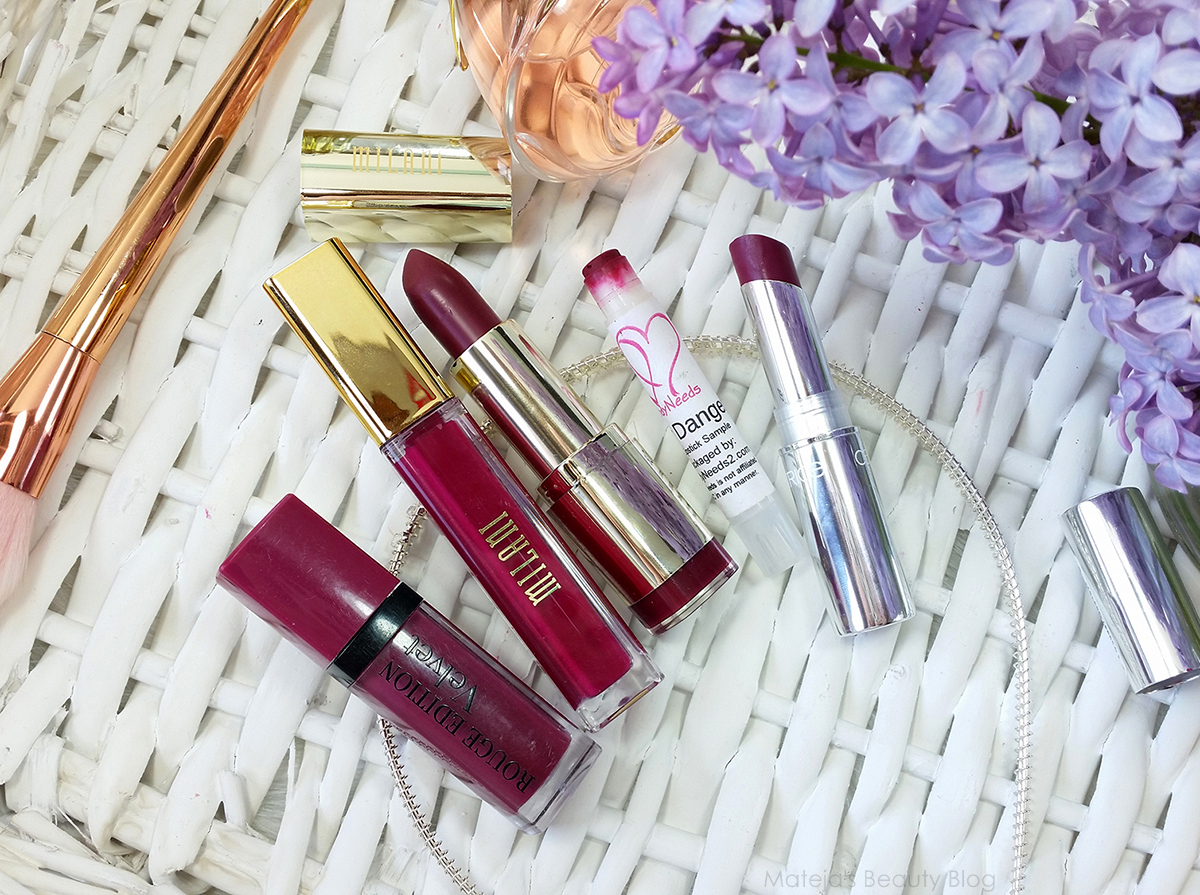 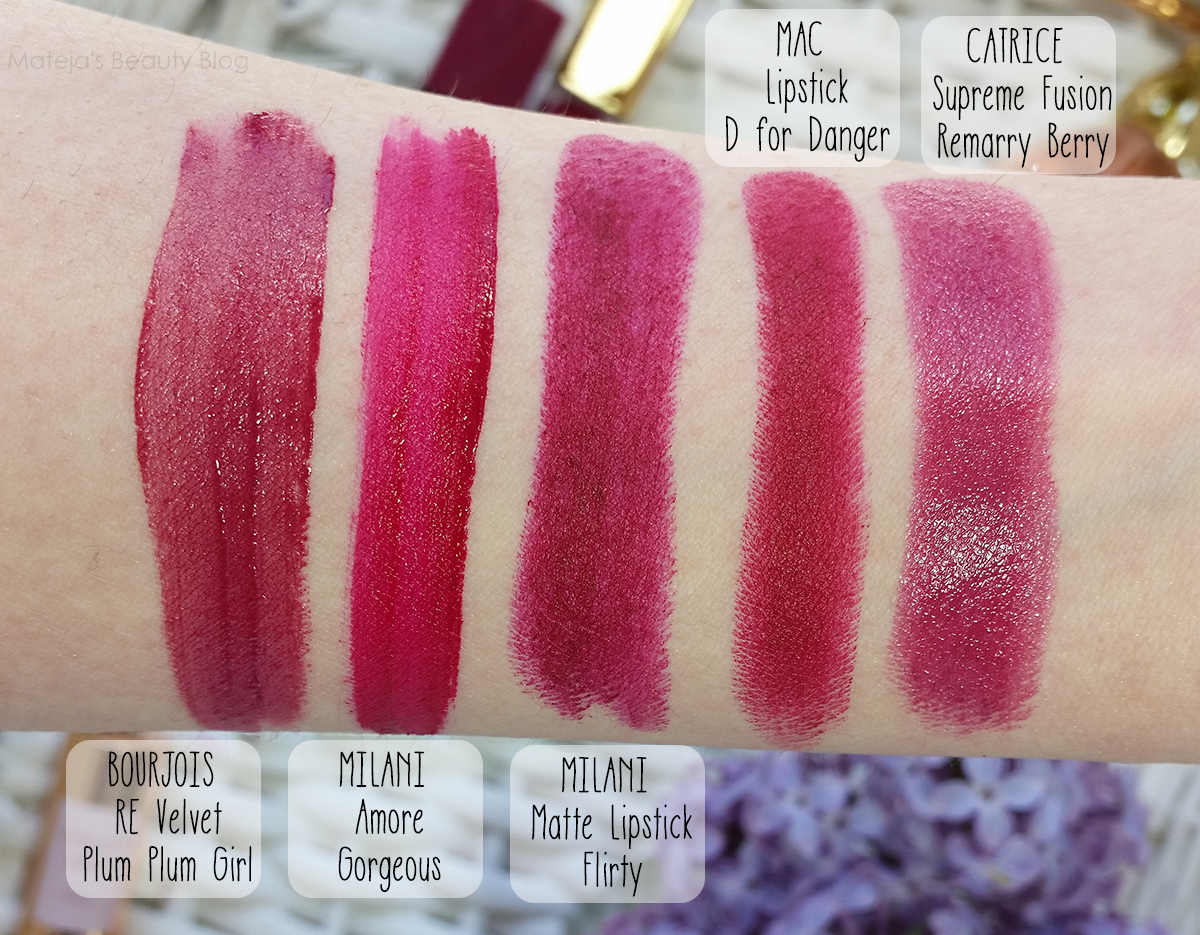 Packaging: One of the fanciest in the drugstore for sure. It’s a gold imitation, so super shiny, but plastic. I love that they have the coloured bottom part, so you know which shade it is. 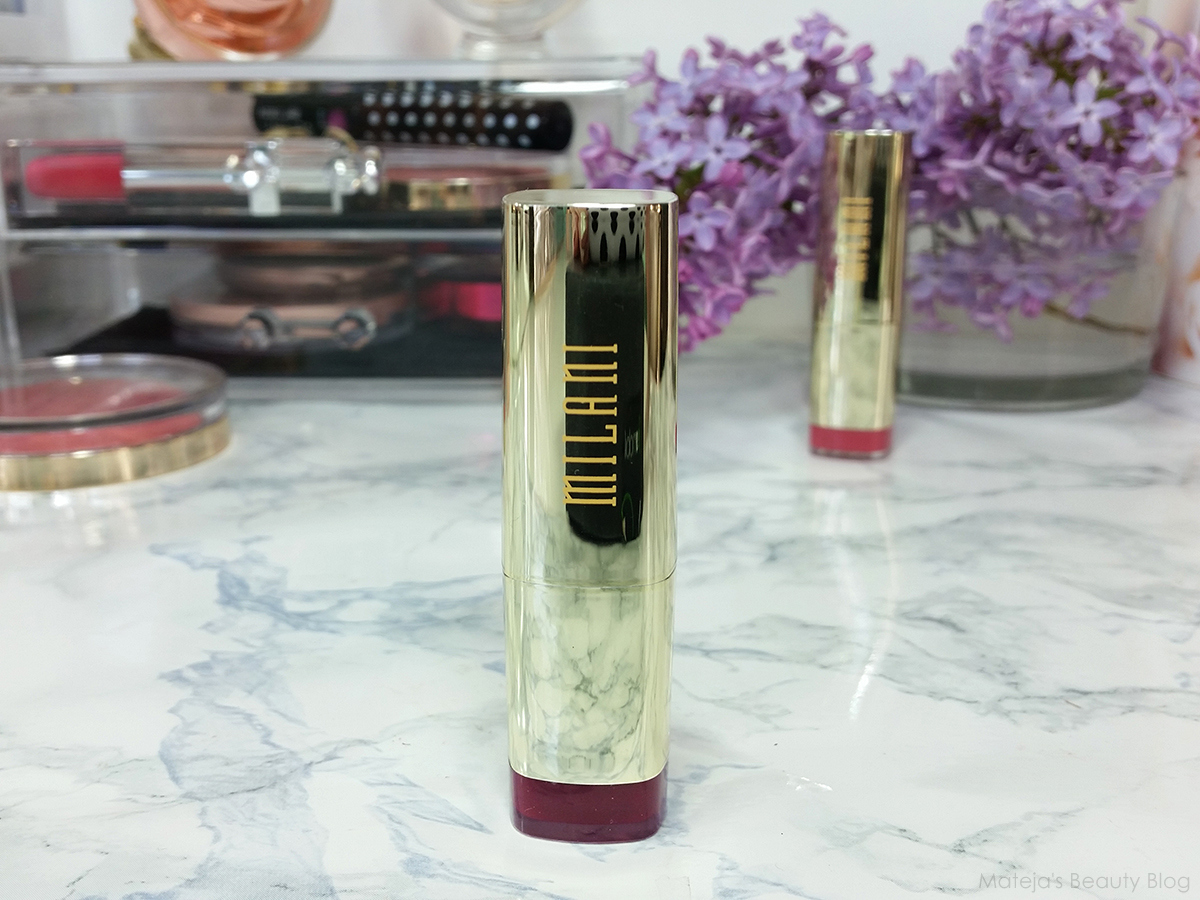 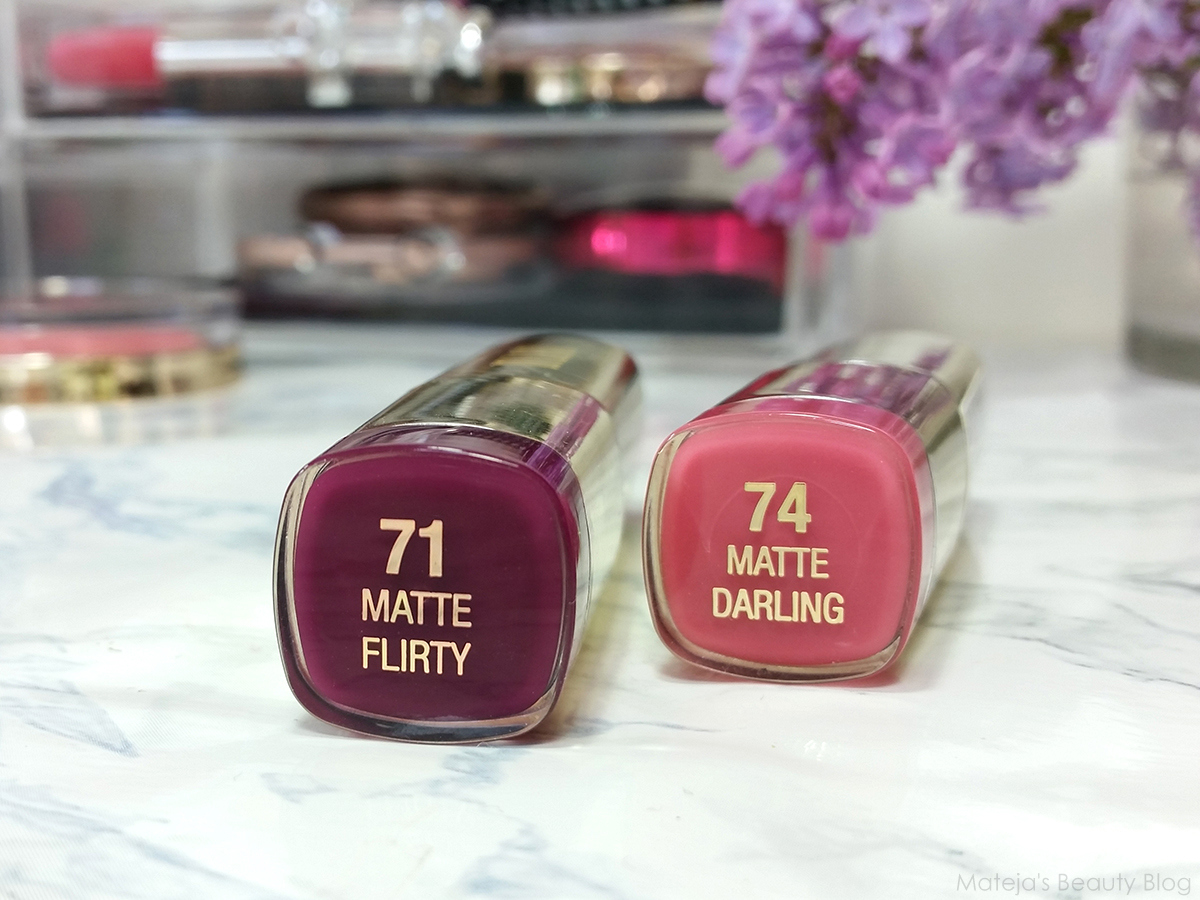 Scent: It has a vanilla scent that’s similar to Mac’s lipsticks.
Price and availability: I got mine on Beauty Joint, for 5.99 $. Slovenes can get it on Click2Chic for about the same price, but it’s often out of stock, so be quick when you see it. 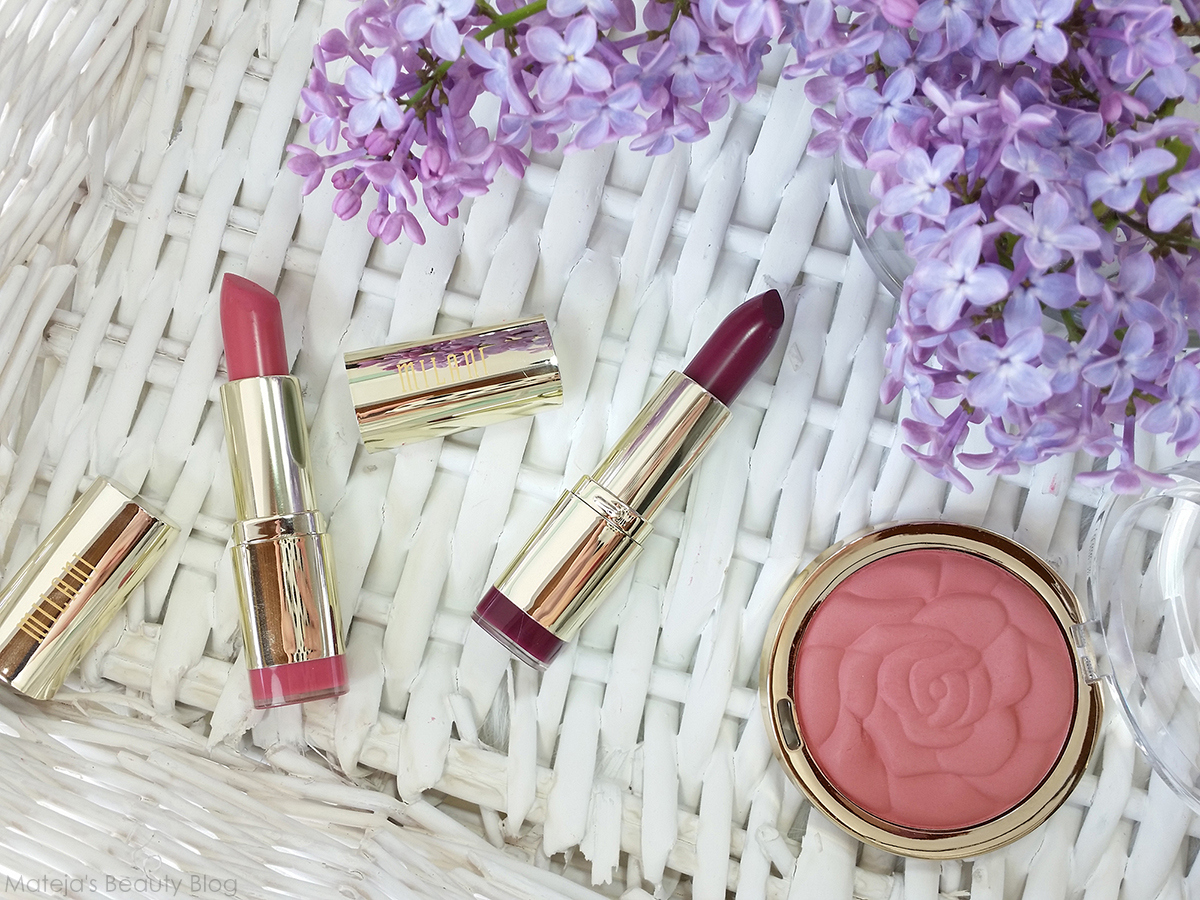 I want Love next, but of course, I dream of having a big selection of these.
Have a great day!