You are here: Home / blush / My Favourite Blushes 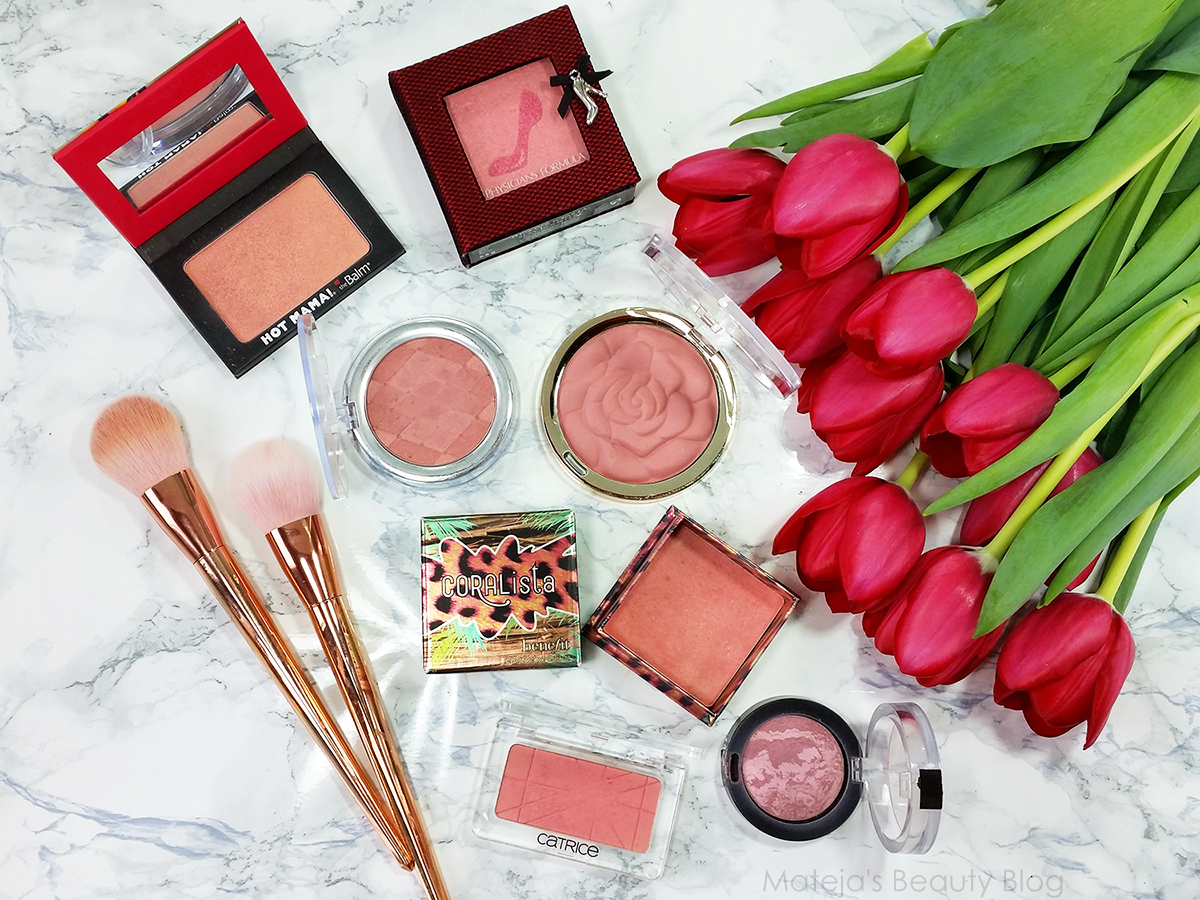 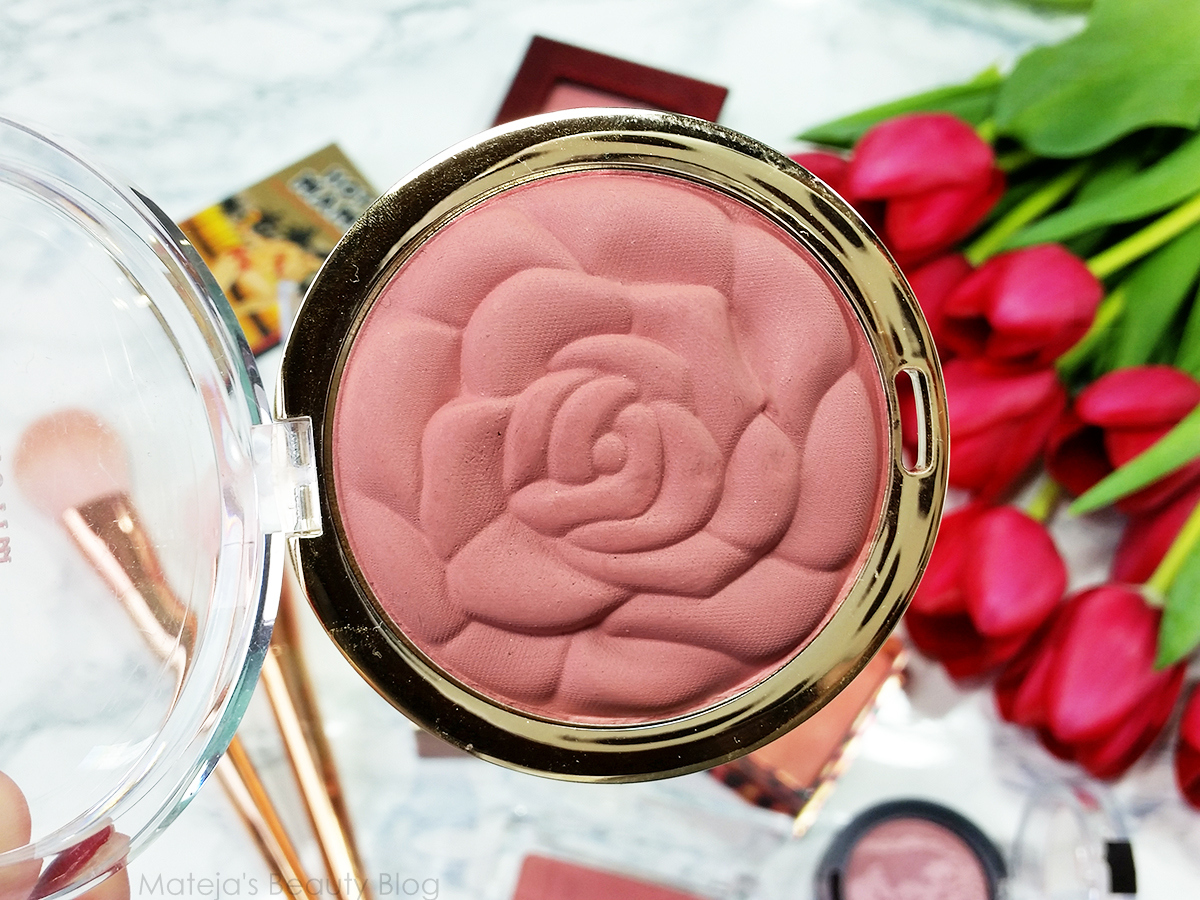 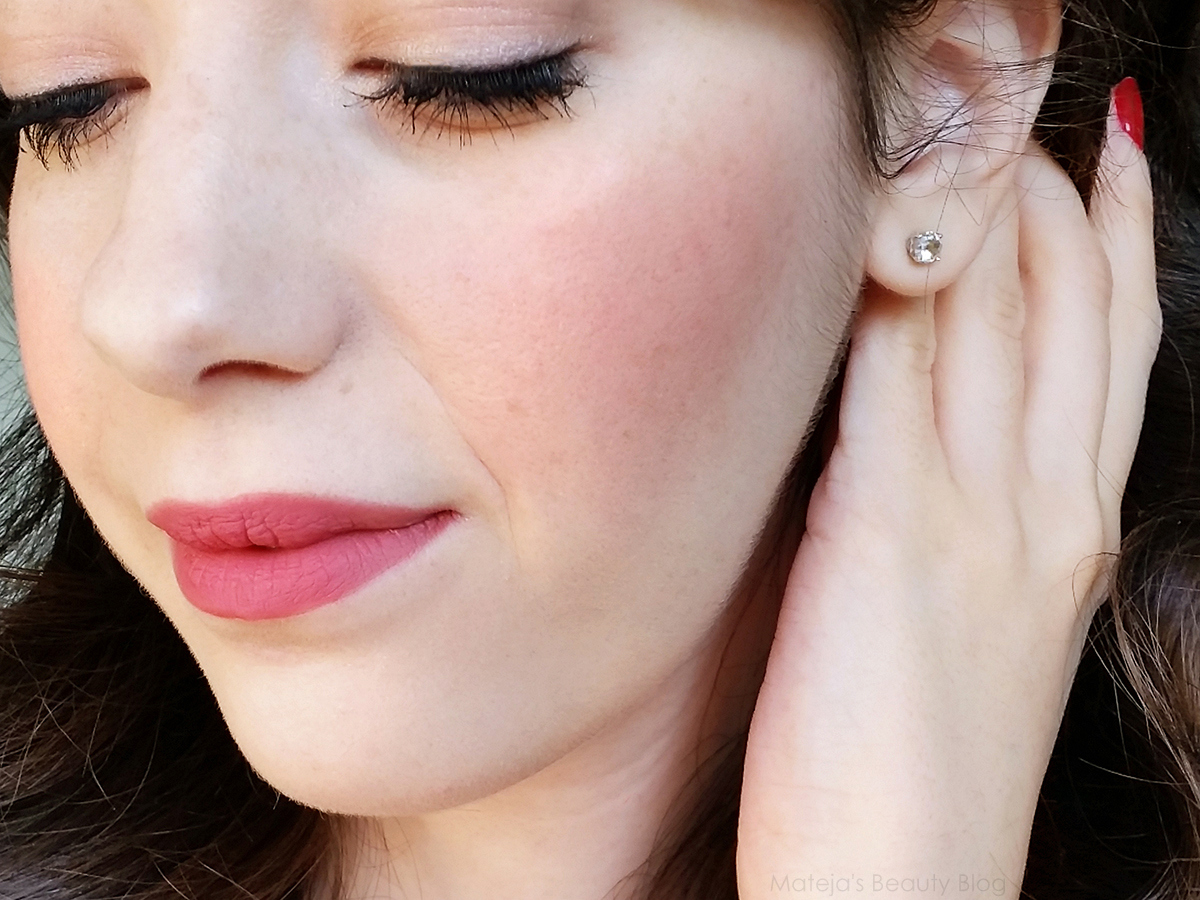 Bourjois Rouge Edition Velvet in 07 Nude-ist on the lips.
MILANI Powder Blush
01 Romantic Rose
This one gets the top spot on my list. Not only is it pretty to look at, I’m also completely besotted with the shade. It’s very similar to my other favourite, I’m Nuts About you by Catrice, it’s just a touch warmer, but it’s the same type of natural brownish-muted warm pink that I love wearing. The pigmentation and staying power are impressive as well, so this one literally wins every category for me. Thanks to my cousin who just flat out gave it to me from her stash after she saw what goo goo eyes I get around it. 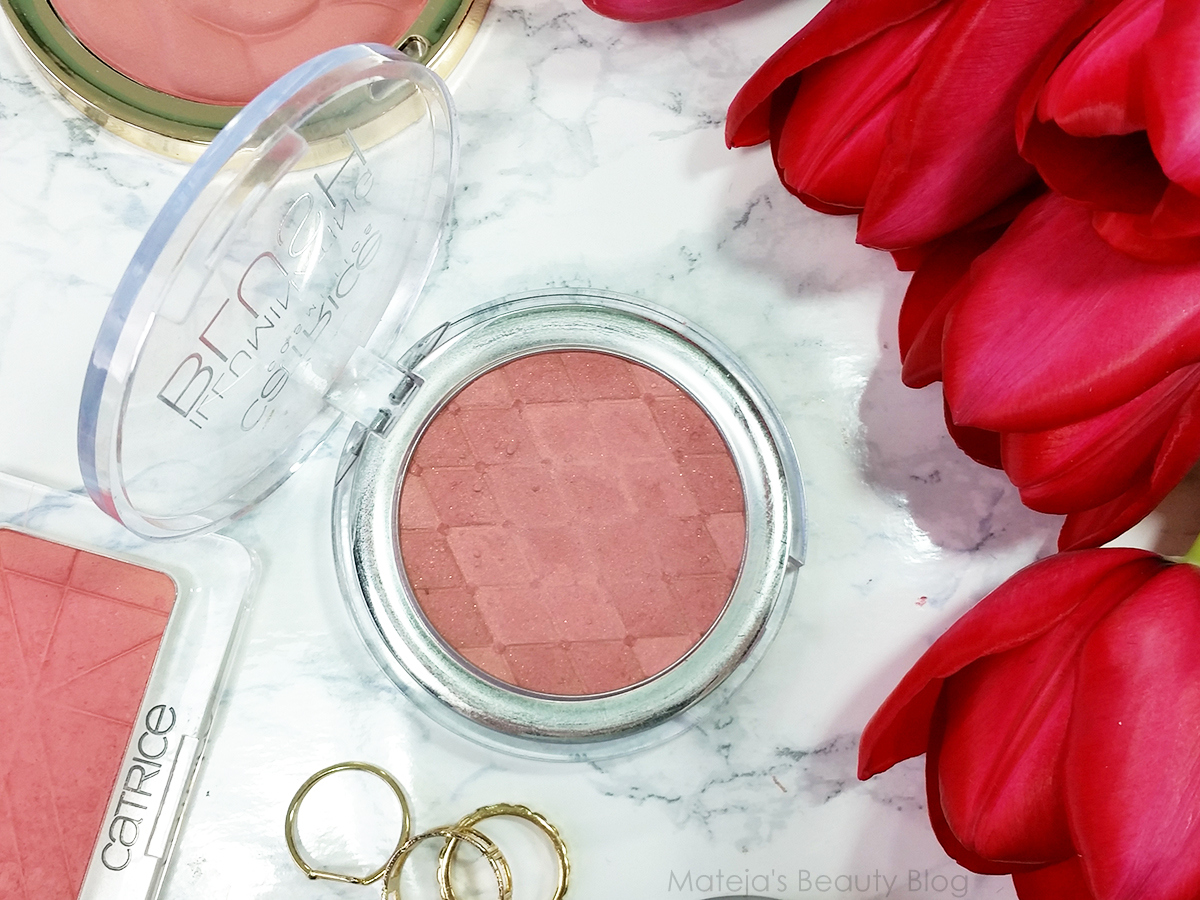 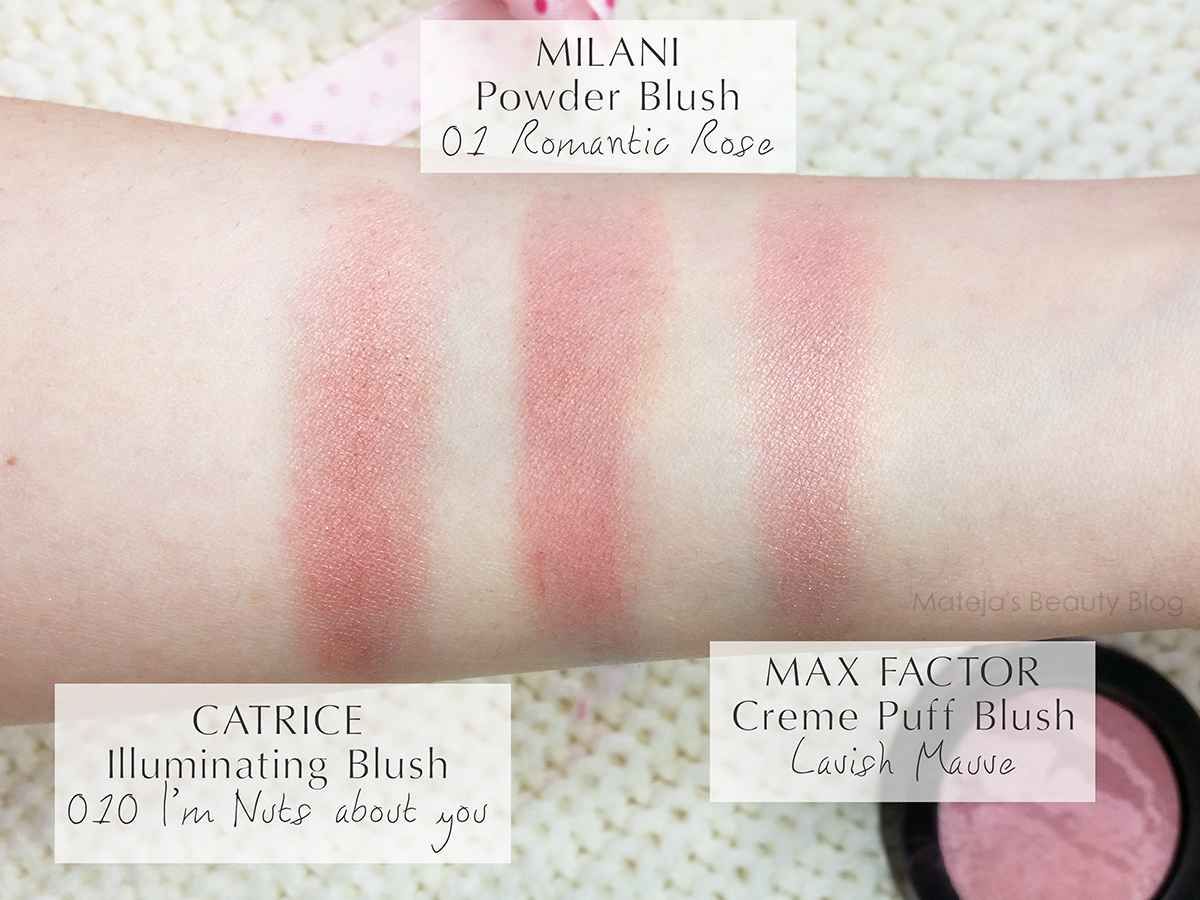 CATRICE Illuminating Blush
010 I’m Nuts About You
Before Milani’s Romantic Rose, there was this one. Well, technically it still is, since I adore both equally, but Catrice made some changes to the design, so I’m can’t claim for certain that the new version is the same as this one. It’s the same shade as Romantic Rose, as I said only a touch cooler, but on the cheeks there is no difference and it’s the same muted brownish-rosy shade and despite the claims that this one is illuminating, it’s more on the matte side. Again staying power and pigmentation is good as well. Both Milani’s and this one are my perfect goes-with-everything blushes. 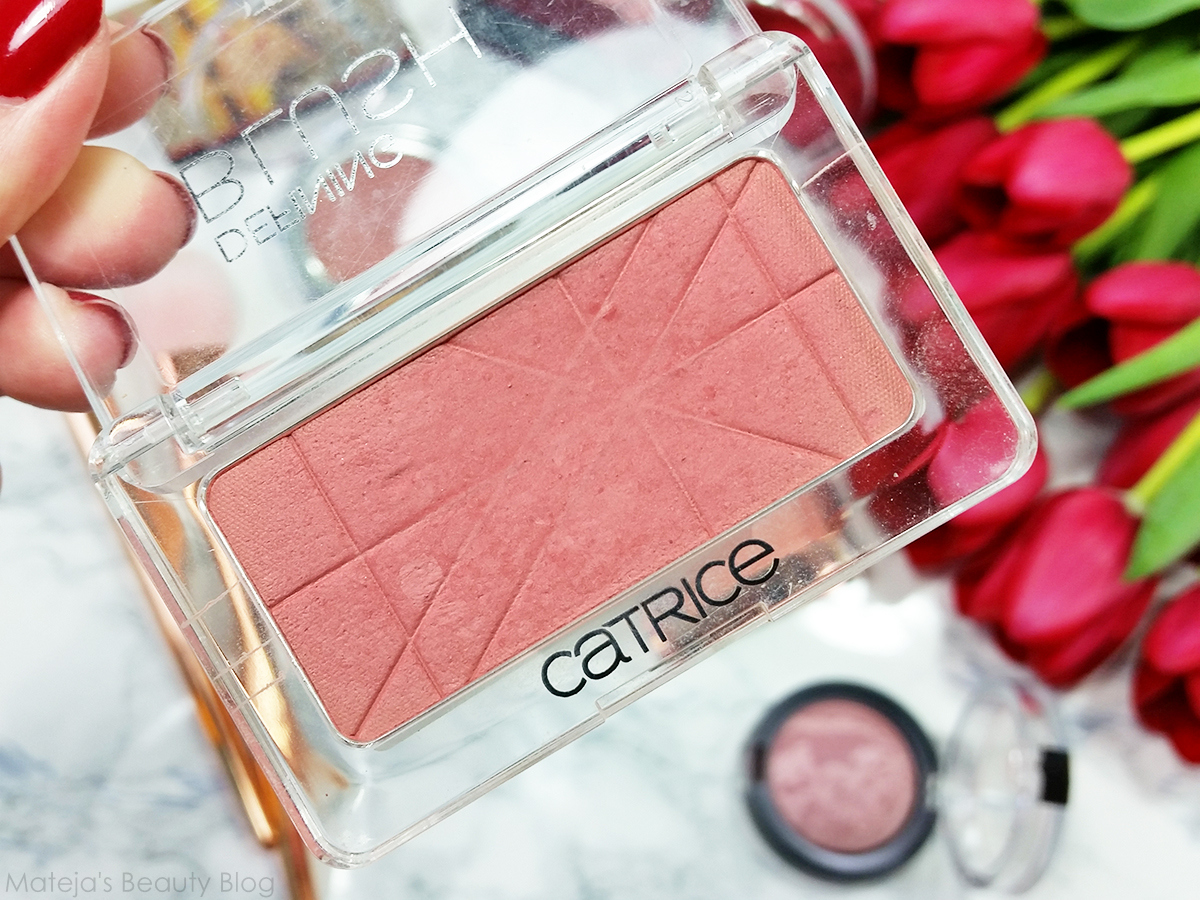 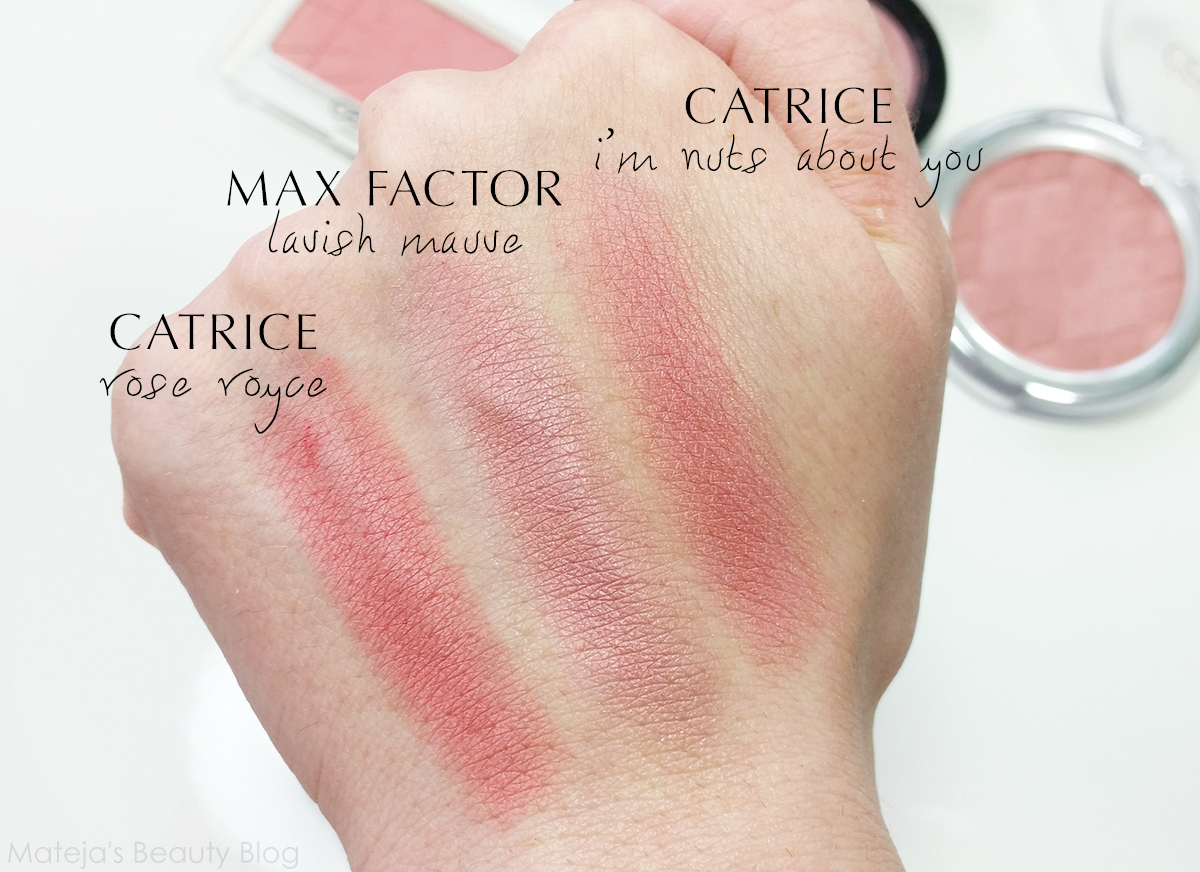 CATRICE Defining Blush
020 Rose Royce
Rose Royce was the shade that made me realize that these types of shades are my life-blush colour. Just like the two above, it’s a natural nude-pink shade, except this is already a bit brighter, but it’s still the type of shade that just goes with everything. The quality of these blushes is amazing for the price – they are more on the creamy side, nicely pigmented and really last on the cheeks. This shade is matte on the cheeks. 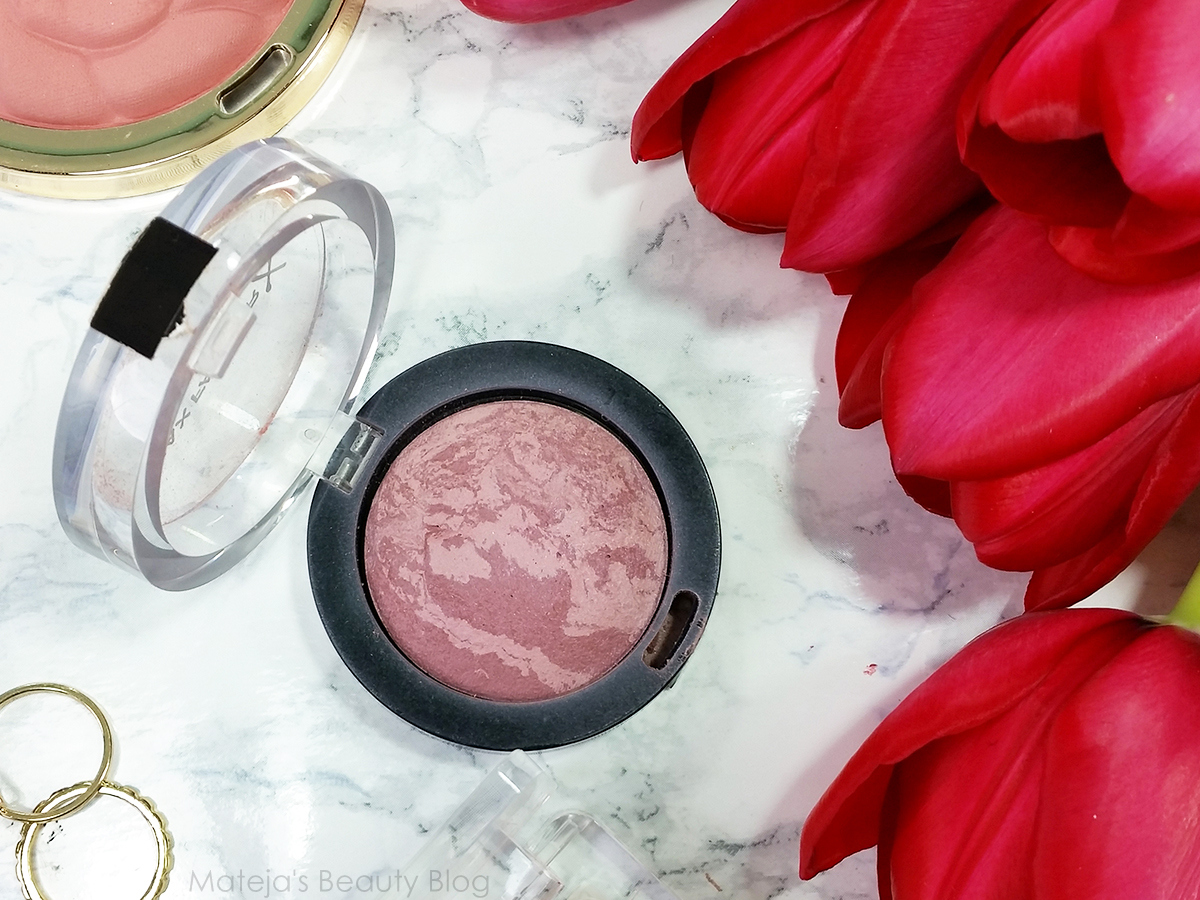 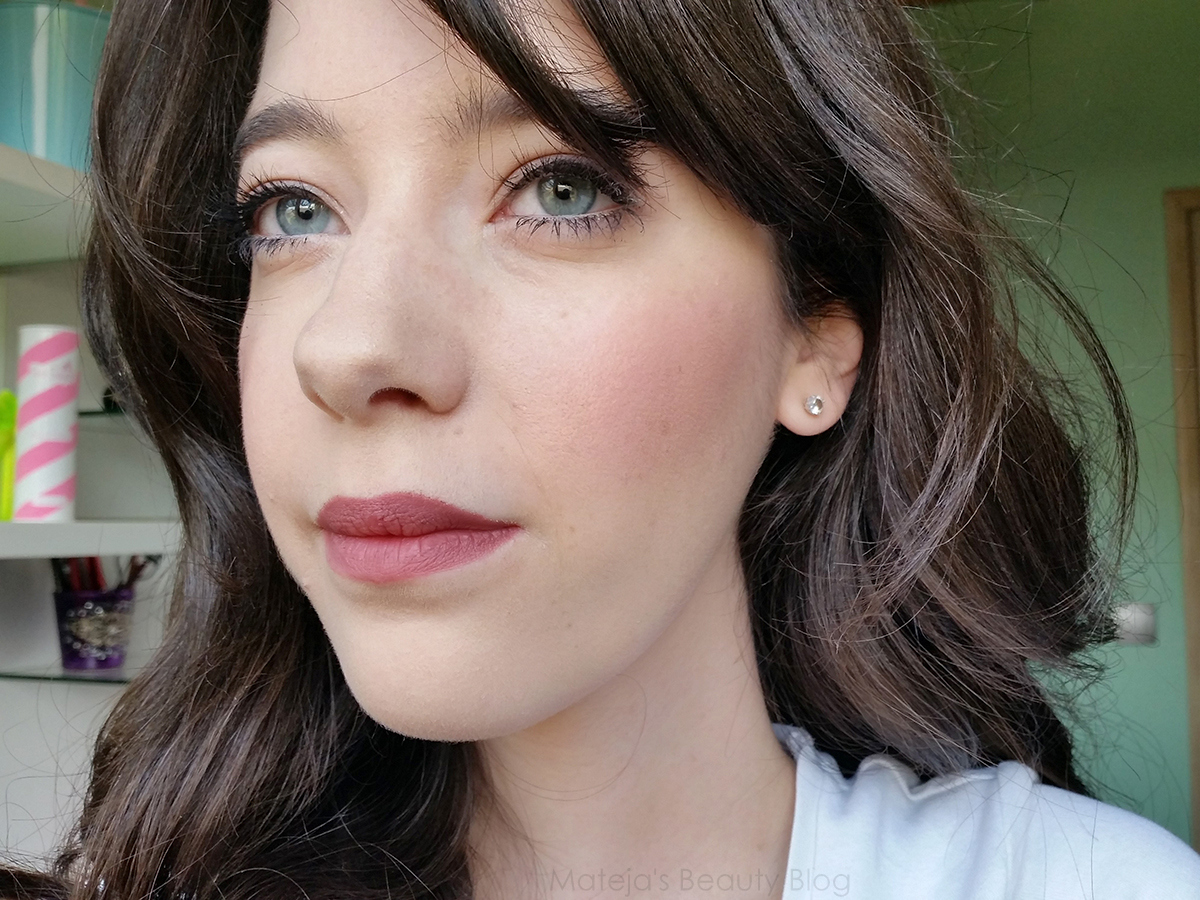 On the lips is Essence Longlasting Lipliner in 05 Lovely Frappuccino.

MAX FACTOR Creme Puff Blush
20 Lavish Mauve
Admittedly, this wasn’t love at first try, but it became one of my most worn shades and I’ve really grown to love it. It’s again a type of shade that’s muted and merely compliments the makeup, giving cheeks definition and doesn’t make the cheeks the centre of attention. It’s a gentle pink-mauve shade and the reason I wasn’t too keen on it from the start is that is has finely milled violet shimmer, which makes it cooler, but to be fair it’s hardly noticeable and though it doesn’t give the best glowy finish, it’s not a big deal. 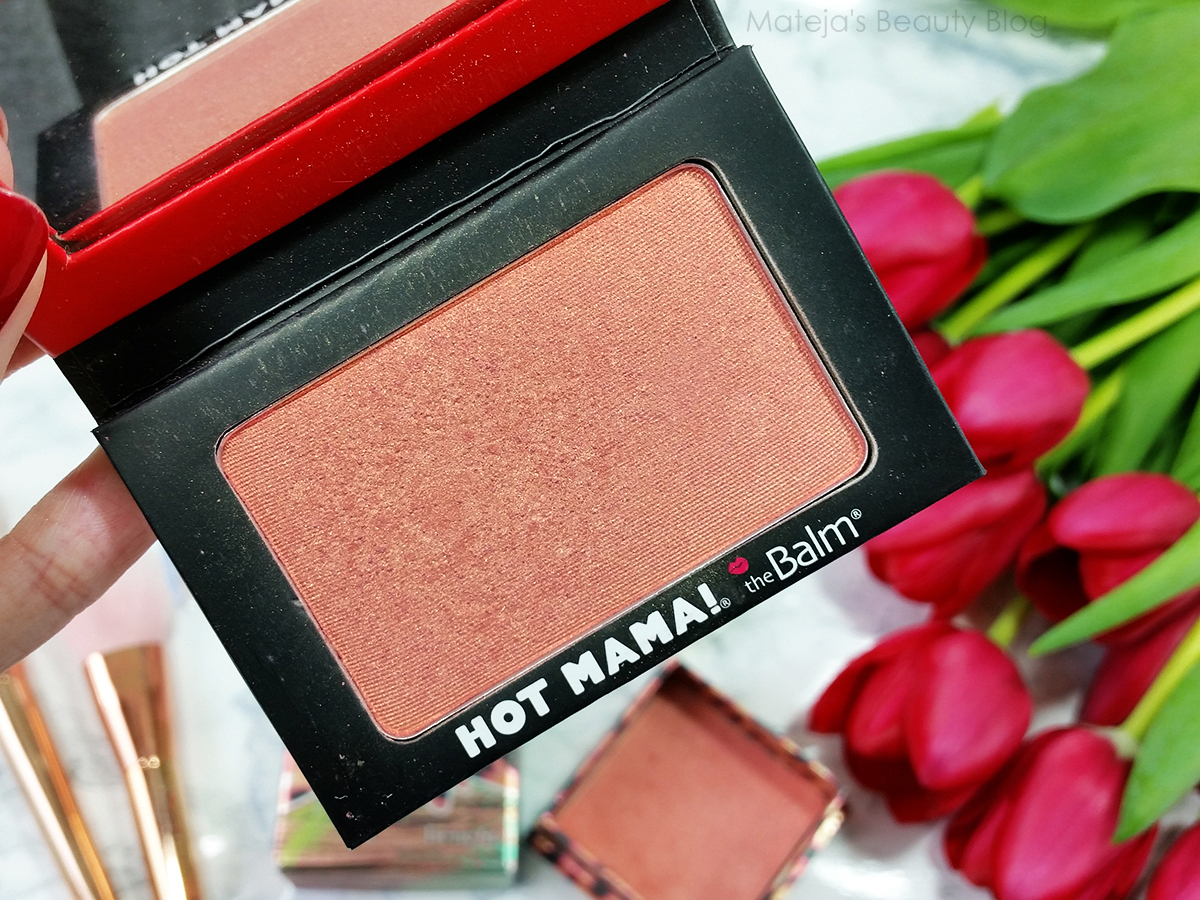 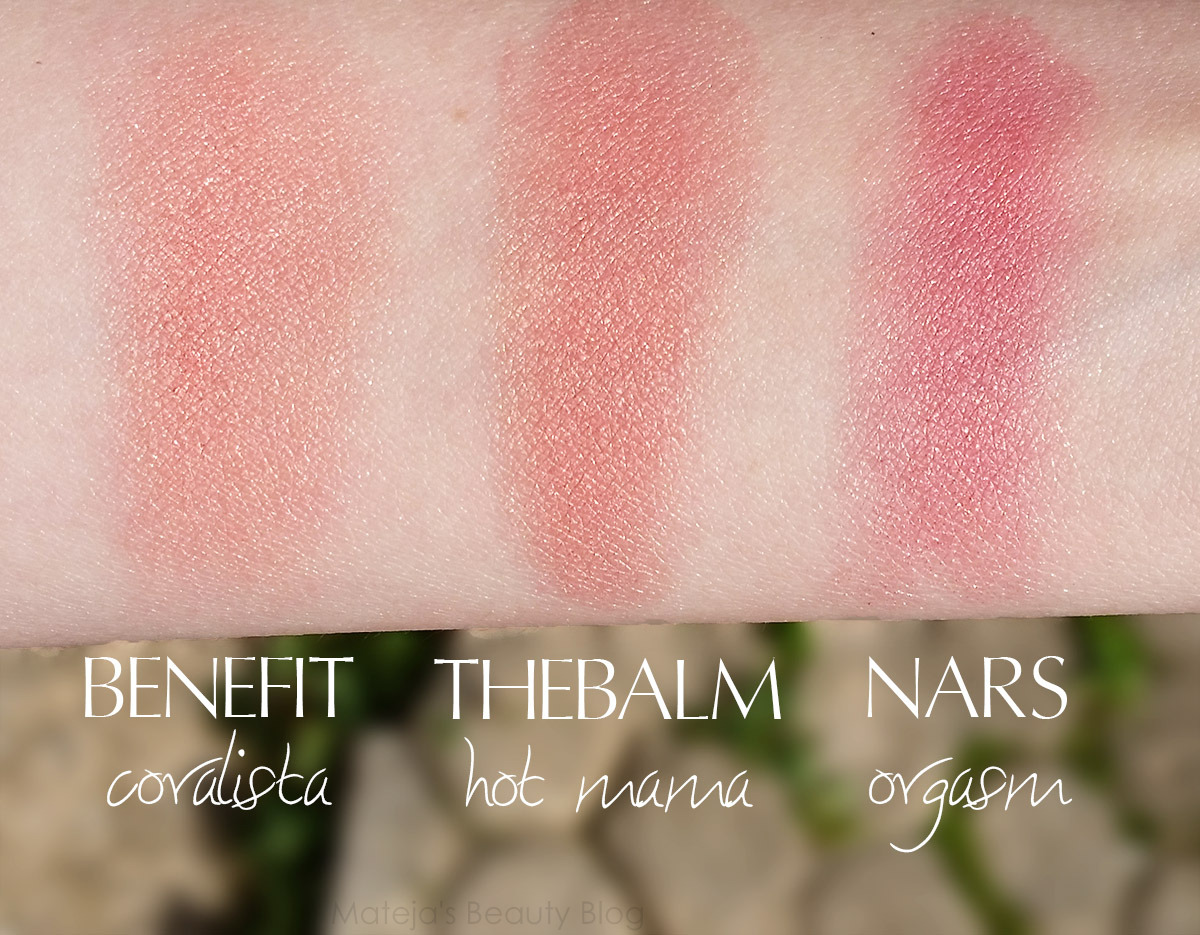 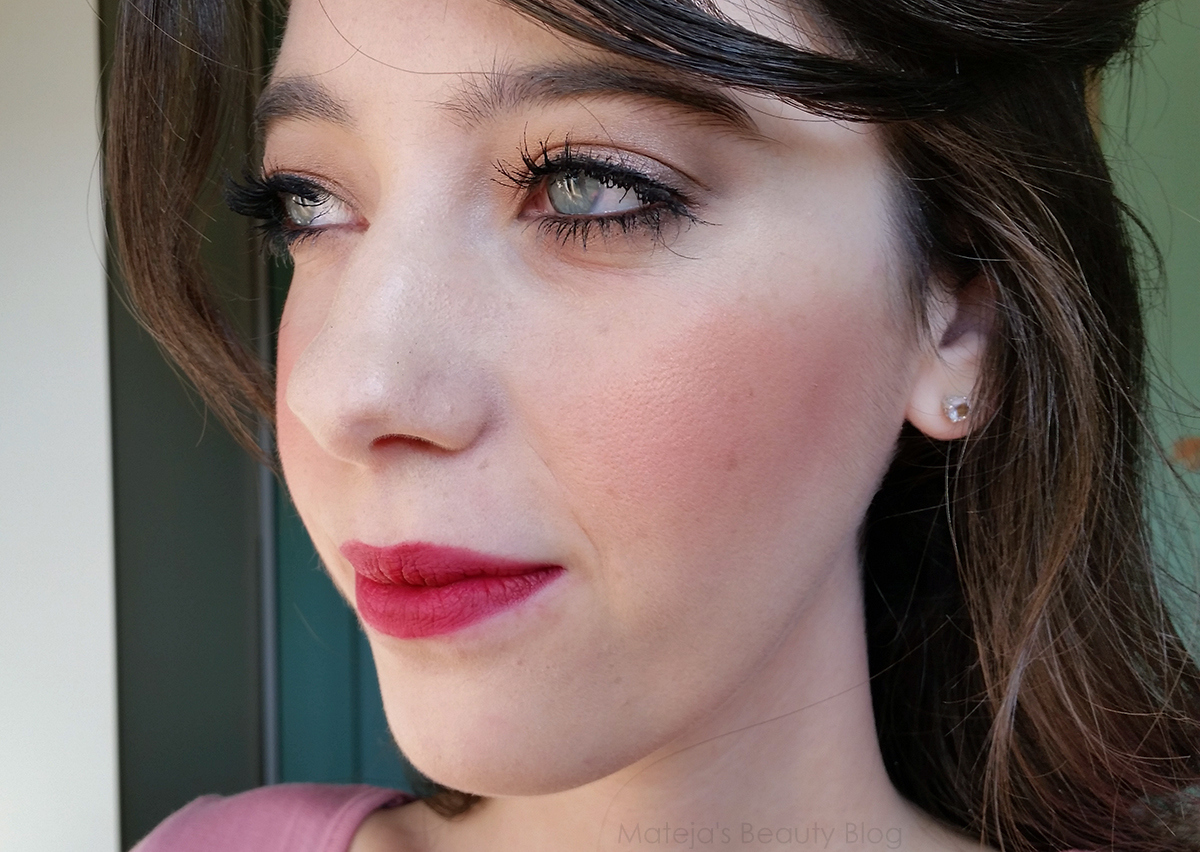 L’Oreal’s Color Riche in Laetitia on the lips as a stain.

THEBALM Hot Mama Shadow/Blush
When I first opened this blush I was genuinely scared of it because it just looked like an orange blush with an obscene amount of gold shimmer. But on the cheeks it’s amazing. It’s basically like mixing a peachy-pink/coral blush with Mary-Lou Manizer, so it’s very glowy in the best possible way. It’s definitely a blush for those with a warm undertone because it’s very golden, though I have a neutral undertones and it just lifts up the complexion. Staying power is outstanding and it outperforms every blush on this list and the pigmentation is impressive as well. Another theBalm shade I own, Frat Boy, is another peachy-pink shade, but it’s matte and it’s another fantastic quality blush.
By the way, if you’re looking for a cheaper dupe of Hot Mama, Milani’s Blossomtime Rose looks very, very similar. 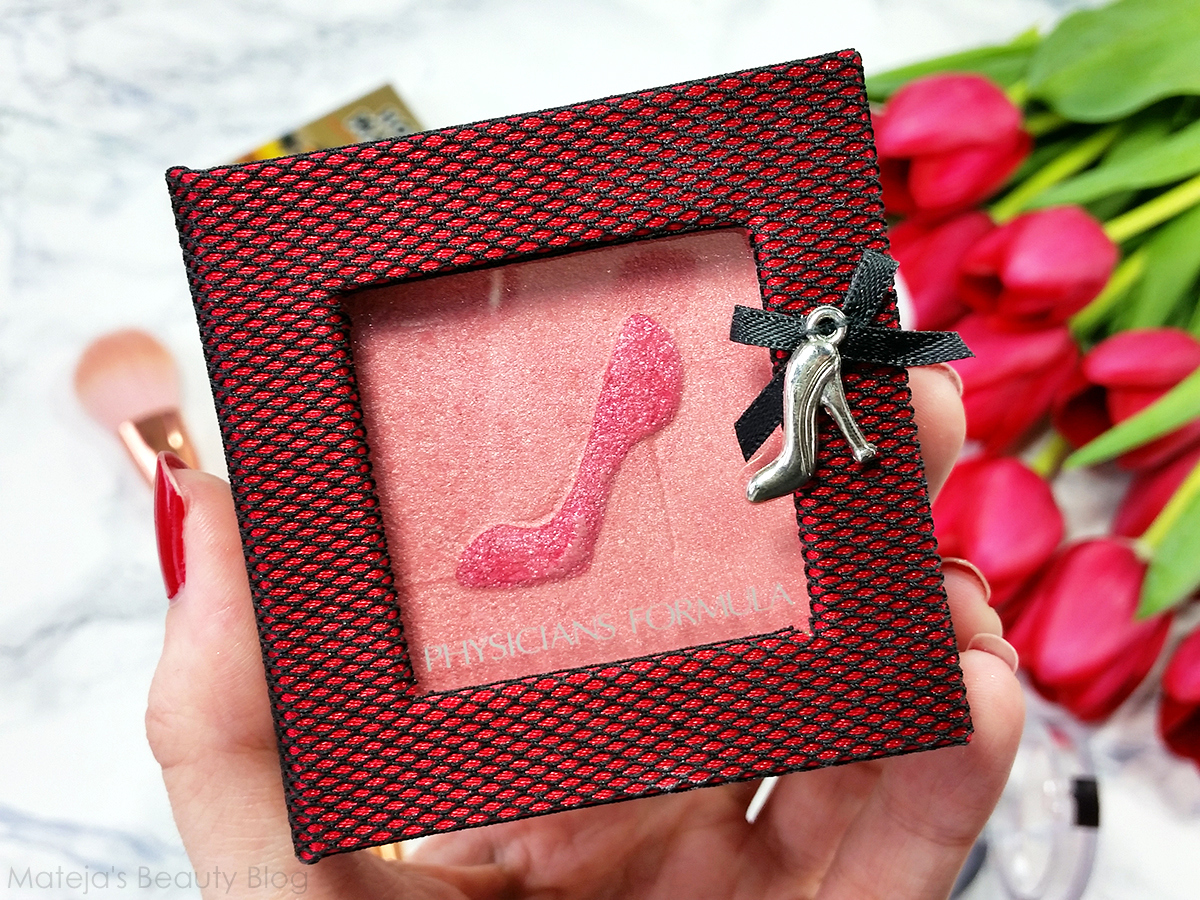 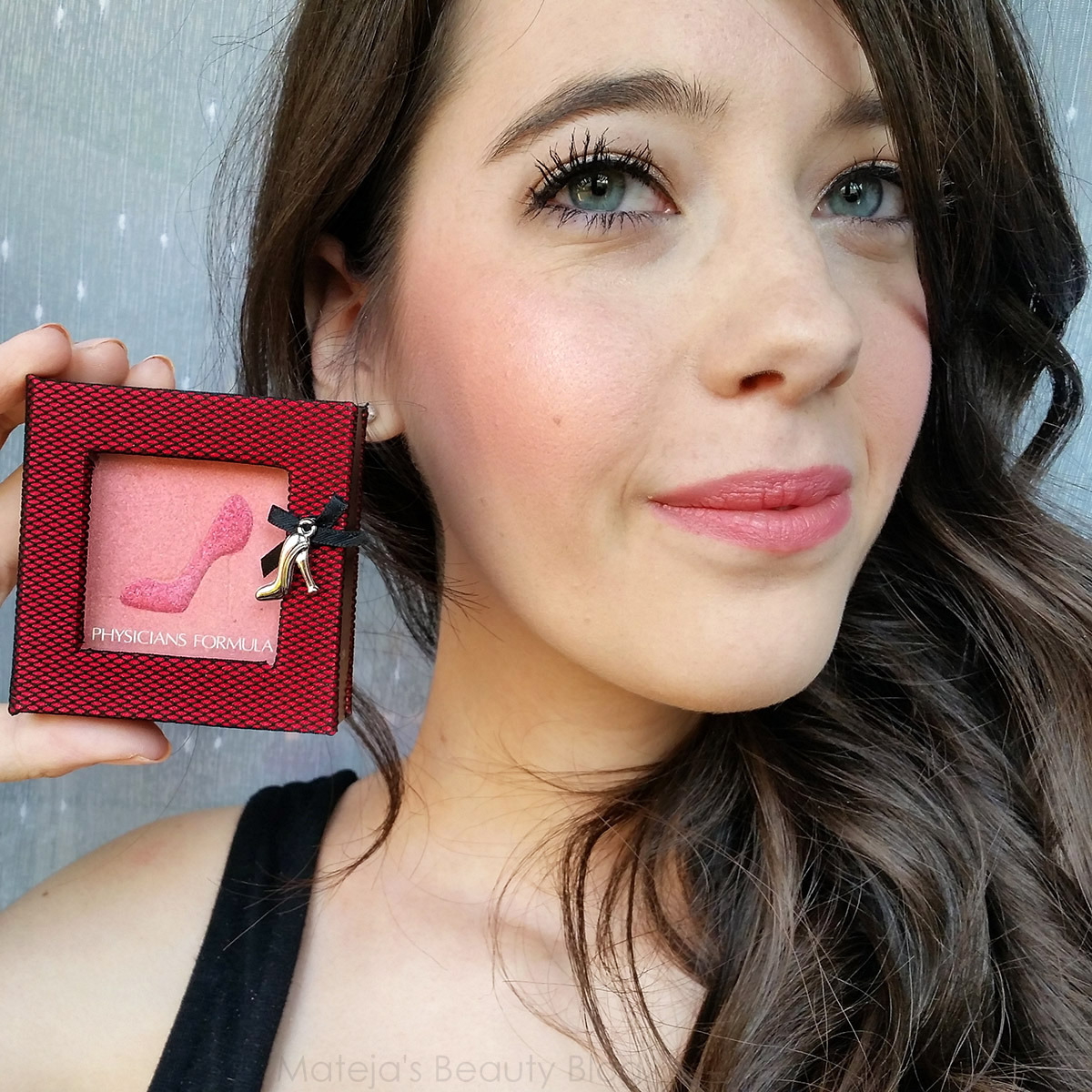 On the lips is Revlon Ultra HD lipstick in Rose.
PHYSICIANS FORMULA Sexy Booster Sexy Glow Blush
Rose
Another blush that gives a proper glow to the cheeks, but this one’s shimmer is more neutral and more appropriate for all skin tones. It’s a mix of two shades, a peachy-pink and the hot pink in the middle, and it’s a bit difficult to use them individually, but I always focus on the peachy pink more. The blush on the sheer side, but pigmented enough for my pale skin (the peachy-pink part could be too light for medium skin tones and better as a highlighter), the size of shimmer is just perfect and it even smells like vanilla. The packaging is beautiful and there is a mirror plus a brush in the back. For some reason this blusher isn’t that popular on forums, but I really love it. 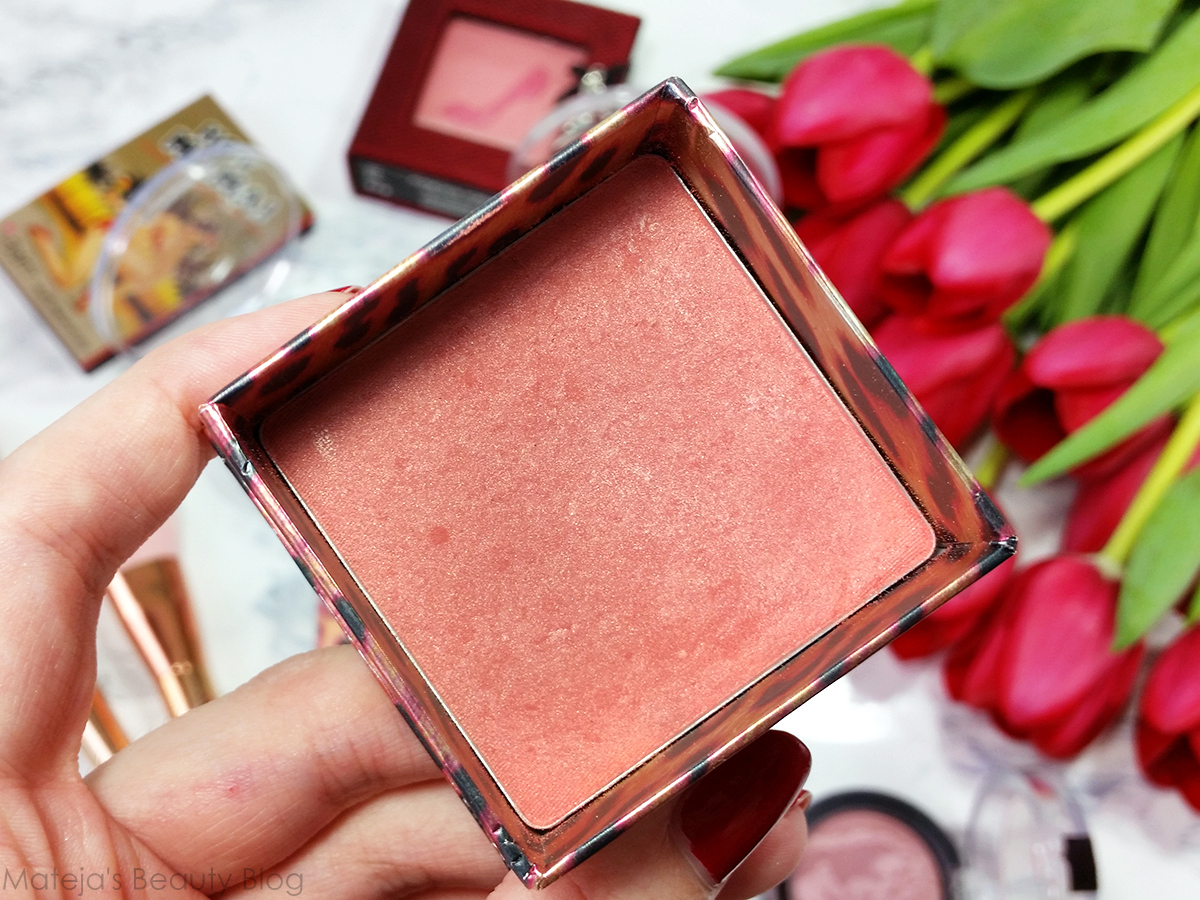 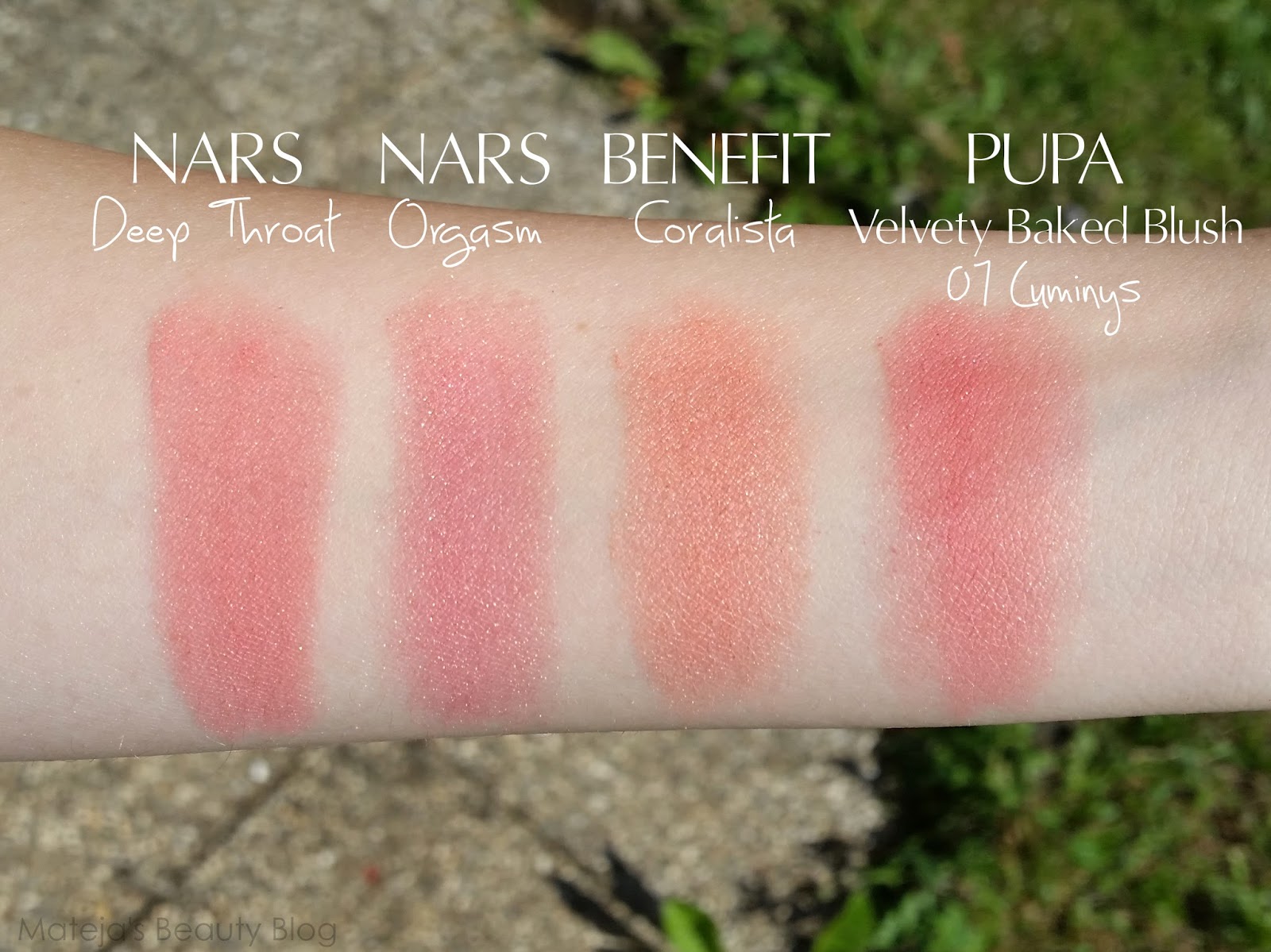 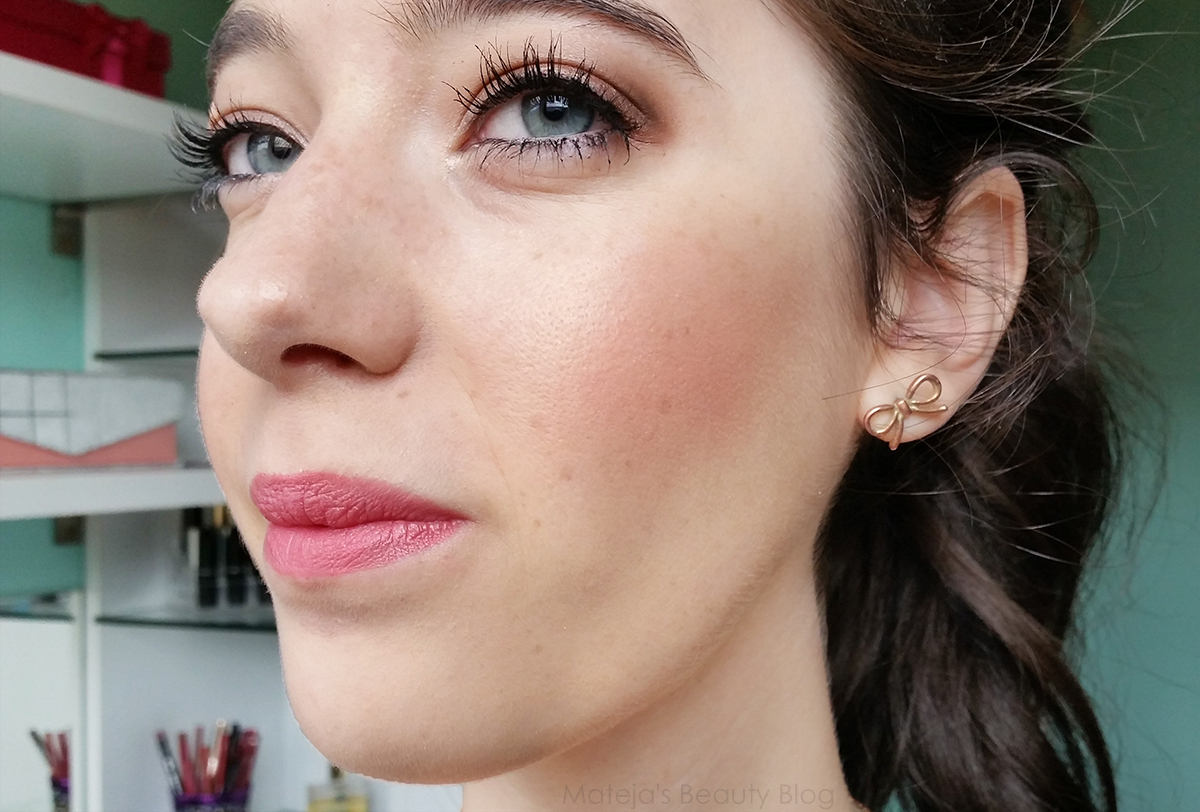 On the lips is Revlon Ultra HD lipstick in Rose.
BENEFIT Coralista
Swatch here.
Oh, my old love. I got this ages ago and it was the only blush I wore for years. It’s a unique coral in my eyes, definitely on a peachy scale of the classic peachy-pink/coral. People usually liken it to shades like Nars’ Orgasm and Deep Throat, but those are very different as both are a lot pinker. Coralista really stands on its one. It’s again one with fine shimmer, so with a highlighter effect and it’s a blush that always manages to perk up the skin and make you look fresh. Staying power is impressive, but this is an expensive blush, so I expect nothing less and it also has this lovely tropical scent in the pan that lasts a really long time.
What are your favourites? Have a great day!