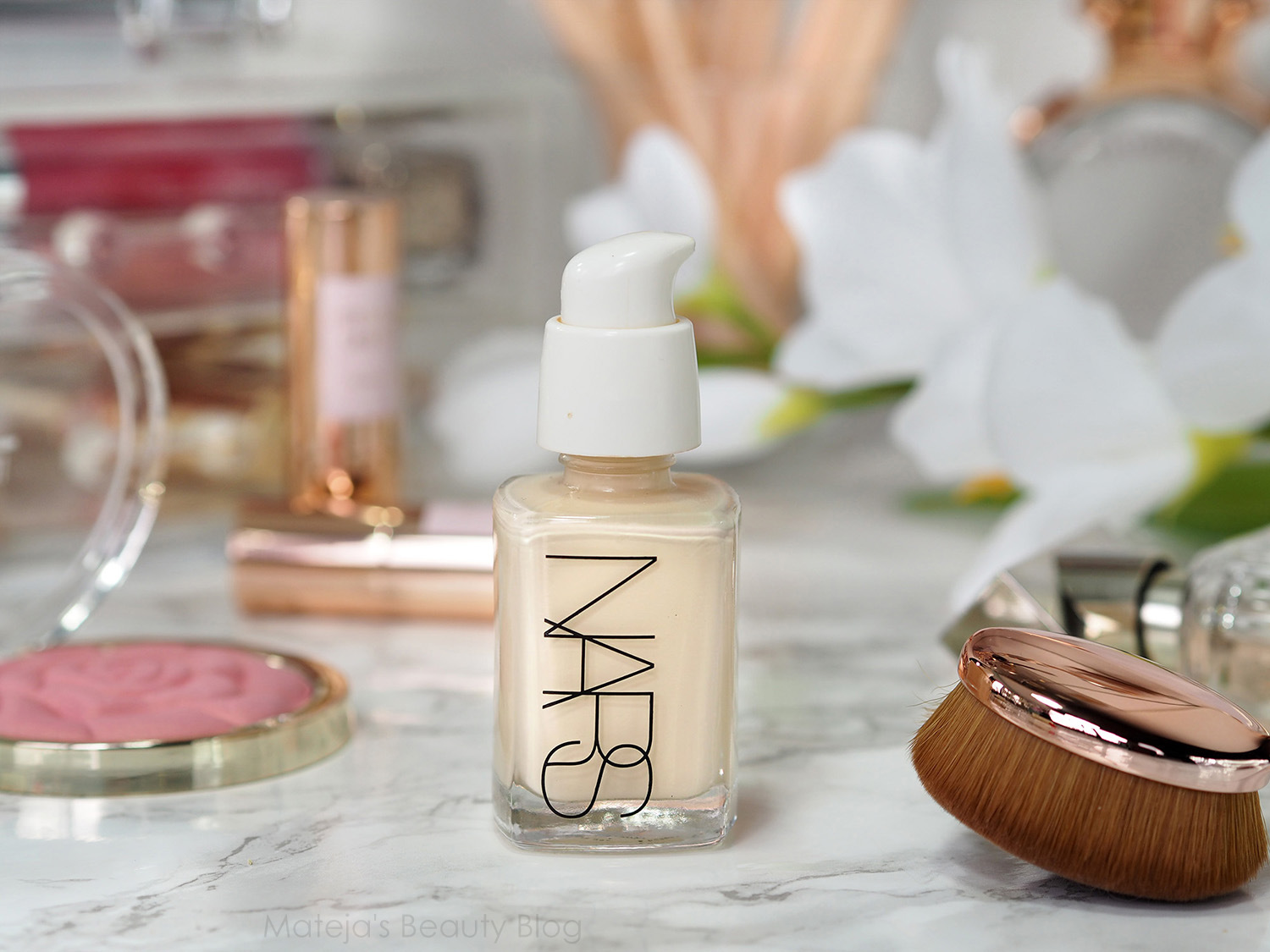 I’ve had this foundation for a couple of years now and though I did a review about it, it was based on a sample and I just included it in another foundation review, which actually turned to be one of the most read posts. I’ve got a proper bottle since then and this foundation has been in several of mine favourites, so it’s high time I dedicated a proper post to it. I call it my princess foundation because it covers a lot and doesn’t look too heavy, but it’s not the most natural looking foundation as it’s wearing off if your skin isn’t in the best condition (though that could be applied to every high coverage foundation anyway). 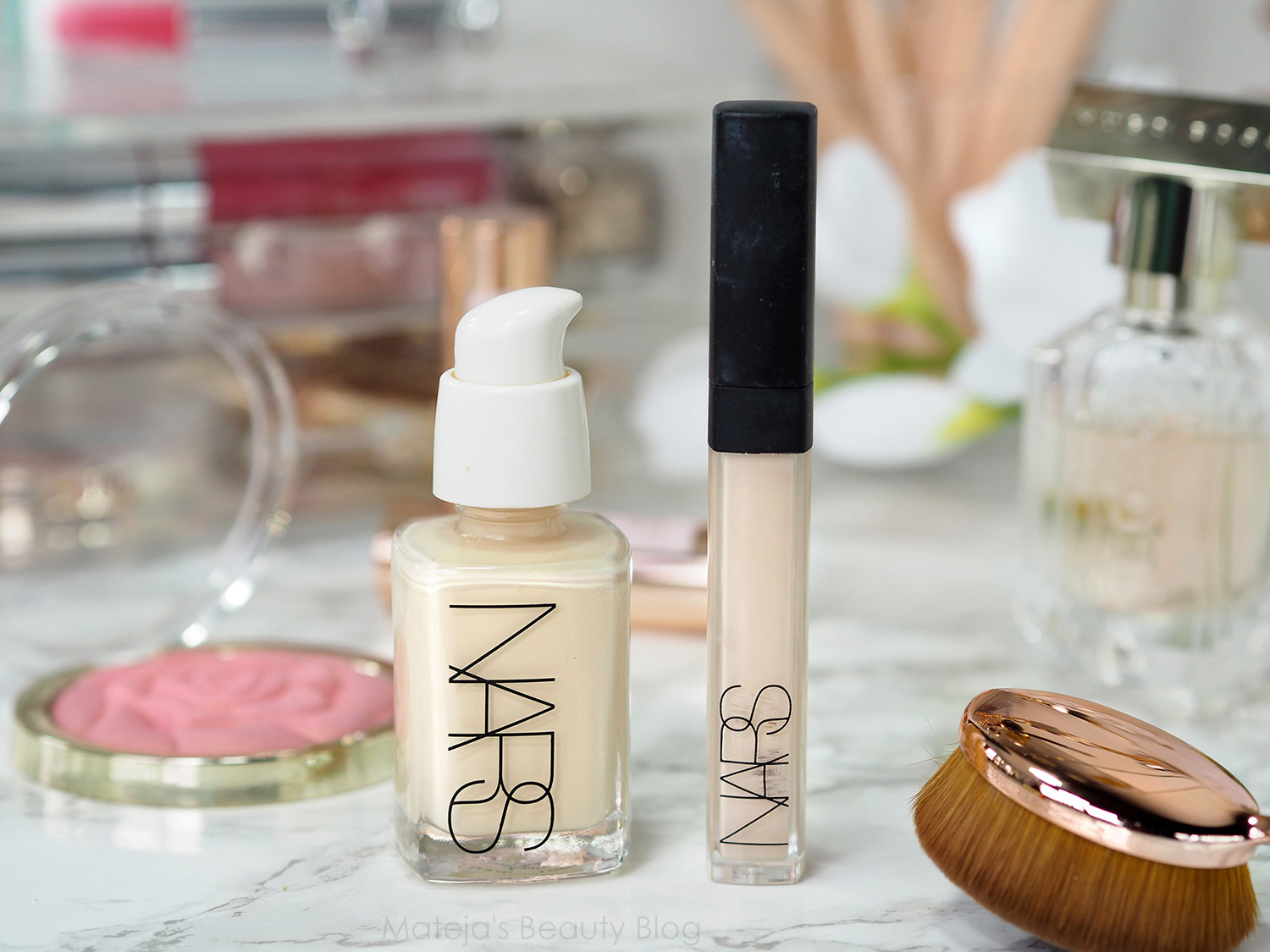 Texture: It’s a classic liquid foundation with a medium consistency, meaning it doesn’t run too fast when you pump it out, neither is it thick like for example Milani Conceal + Perfect. It blends in so well, it doesn’t matter what brush or sponge you use or if you just do it with fingers. It just shows it’s a high-end foundation. This ease of application also means it layers really well. It doesn’t look cakey over spots or emphasise pores, but it does slip into lines. 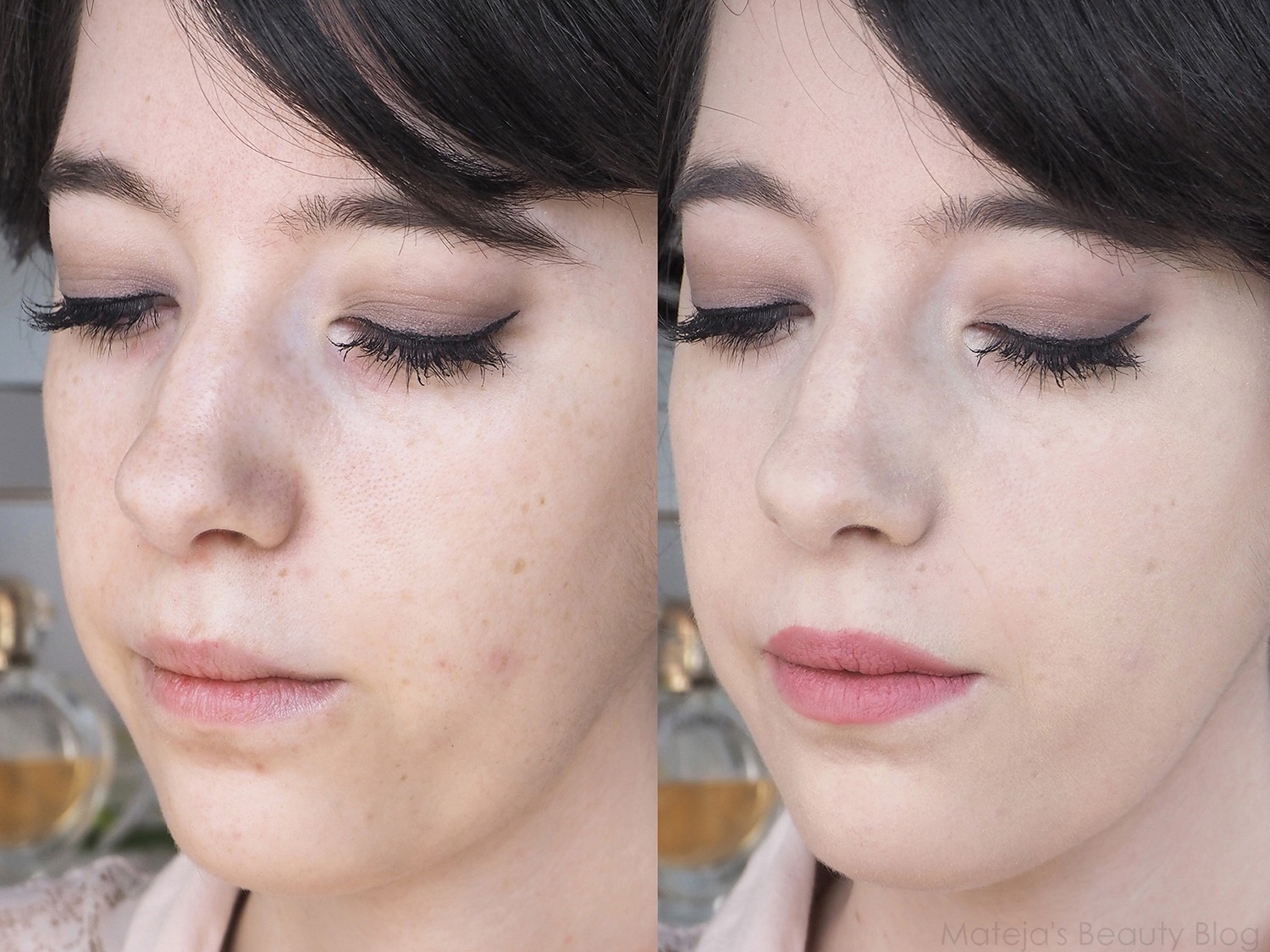 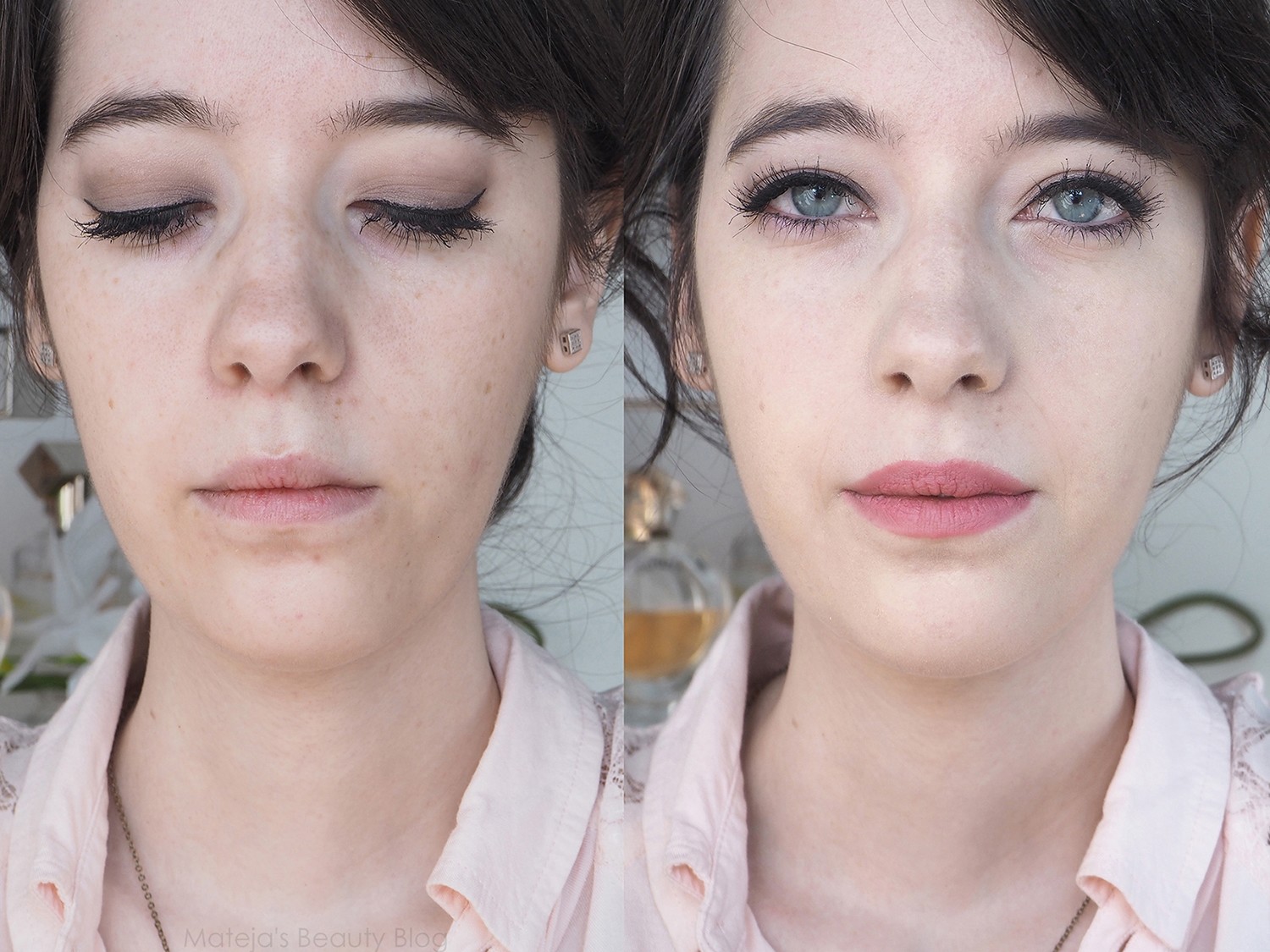 Lips: Bourjois Contour Edition Lip Liner 02 Cotton Candy. Eye makeup: Freedom Pro Artist Pad Extreme Vice (Animal) Eyeshadow palette.
Coverage: it covers exactly the same as Revlon Colorstay for normal to dry skin, in fact I consider them almost dupes. Coverage is quite high, definitely medium to full, though I still see my darker freckles, but everything else is covered including my circles, so when I wear this, I skip concealer. Finish on me is almost matte, but I’ll call it a satin because it’s not as harsh. My skin is combination type that changes between combination/dry and combination/oily, but it’s never very oily, thought I can get some shine on my forehead and with this I don’t really notice it despite never using a powder. The name for this is completely wrong because you don’t really get neither the sheer part nor the glow part, but you do get that almost perfect skin look. 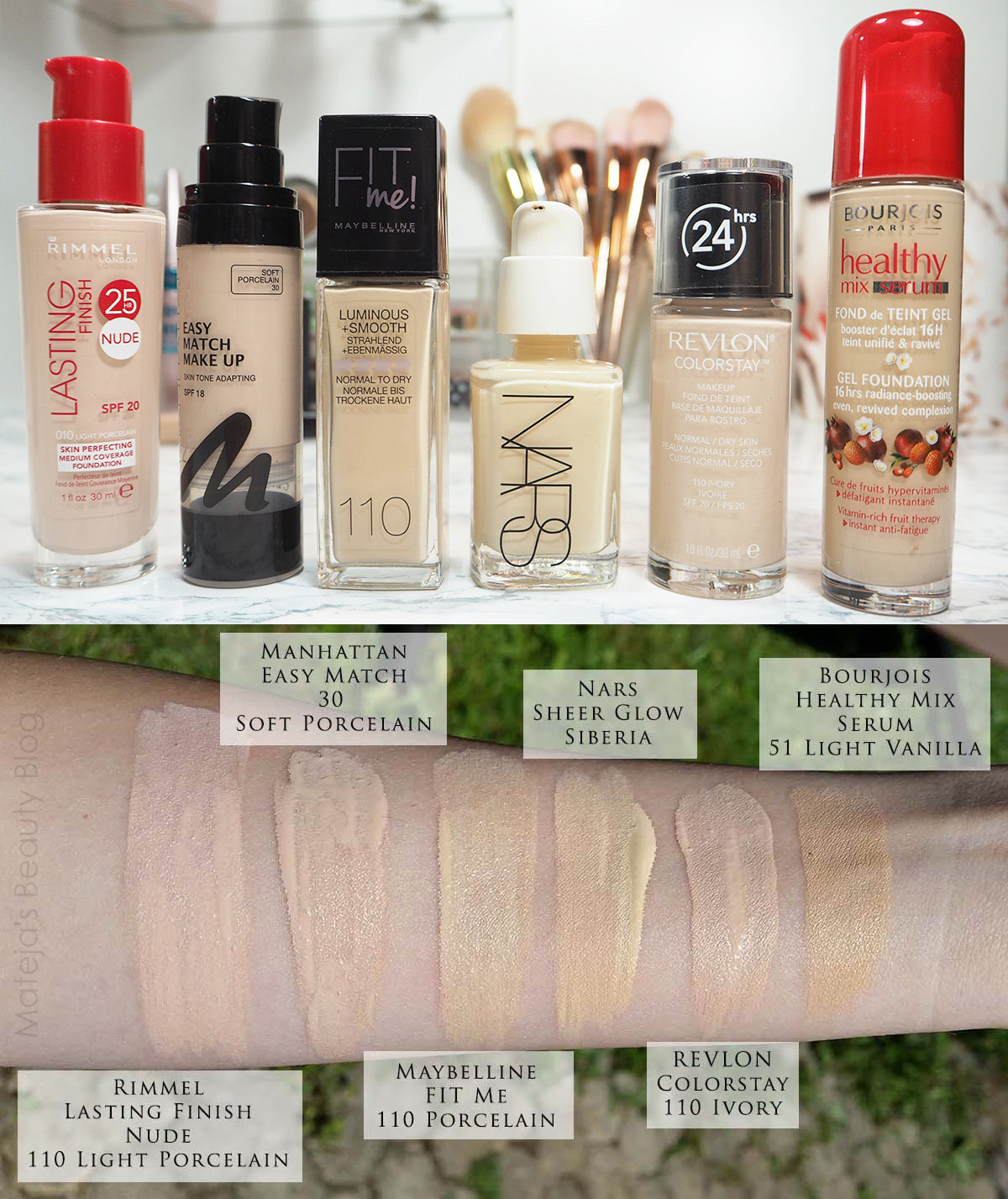 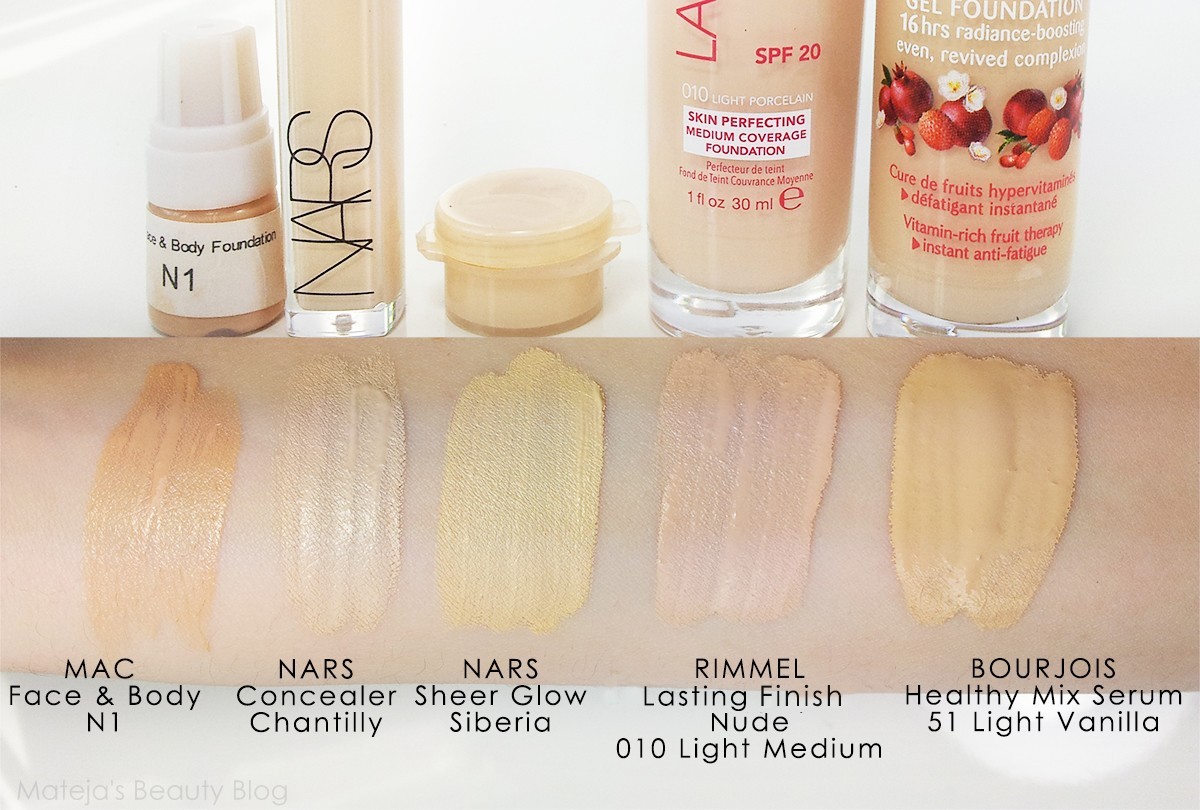 Colour: I have the lightest shade in the range called Siberia, which is appropriate for porcelain princesses and it’s about NC10, however, when I first saw the shade, I was shocked at how yellow it is. Though I can wear it on its own, I still prefer to mix it with Colorstay 110 Ivory (pink), so I get a more neutral shade and the formulas are so similar, the combination works well. The lightest concealer in the Radiant Creamy concealer called Chantilly is a even lighter and more neutral than Siberia. Swatches above are from my old posts and I put them here because you have an example of swathces in natural and under artificial light.
Staying power: This is one of those foundations that can last really well on the skin. However, before I switched my skin care and my pores were more prominent, I tended to have problems with how it wears, but just around the nose where it became a little patchy (Colorstay does similar, but still looks better on such skin). Since my skin has improved, this foundation wears beautifully with no problems whatsoever. 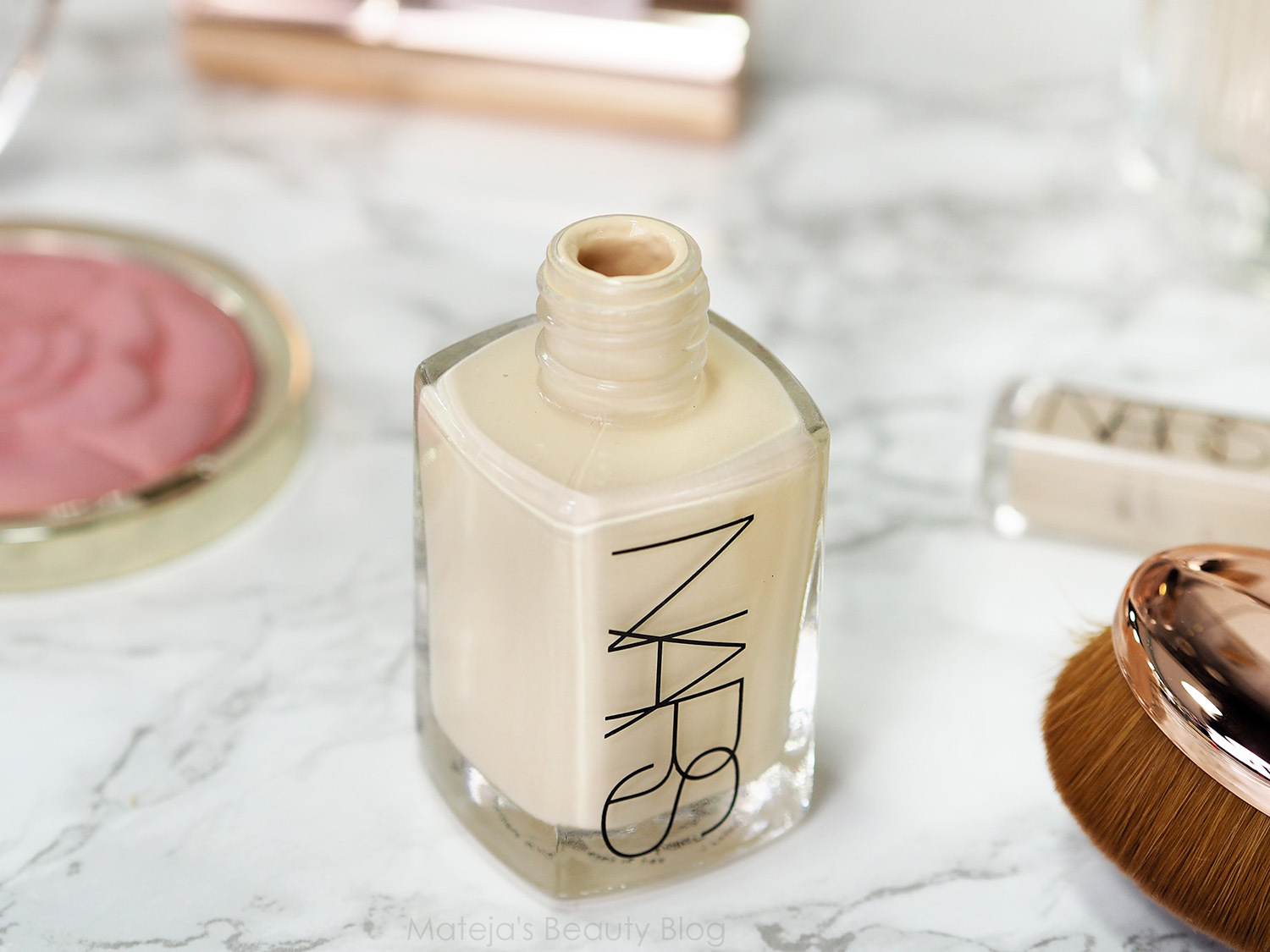 Packaging: A forty euro foundation without a pump is an absolute travesty. I wasn’t going to pour the foundation out for all eternity, so I fitted a Bourjois Healthy Mix Serum pump which works fantastically, I just needed to cut the stick. The bottle is glass and it original comes with a rubberised black cap. You can buy the pump separately, but it’s not that cheap, considering you already paid so much for the foundation.
Price and availability: Since last year I think, you can get it on Feel Unique for 38 €, but mine is from HqHair and it appears they stopped selling it there. Otherwise it’s also sold on their official website and in department stores, just not in Slovenia. 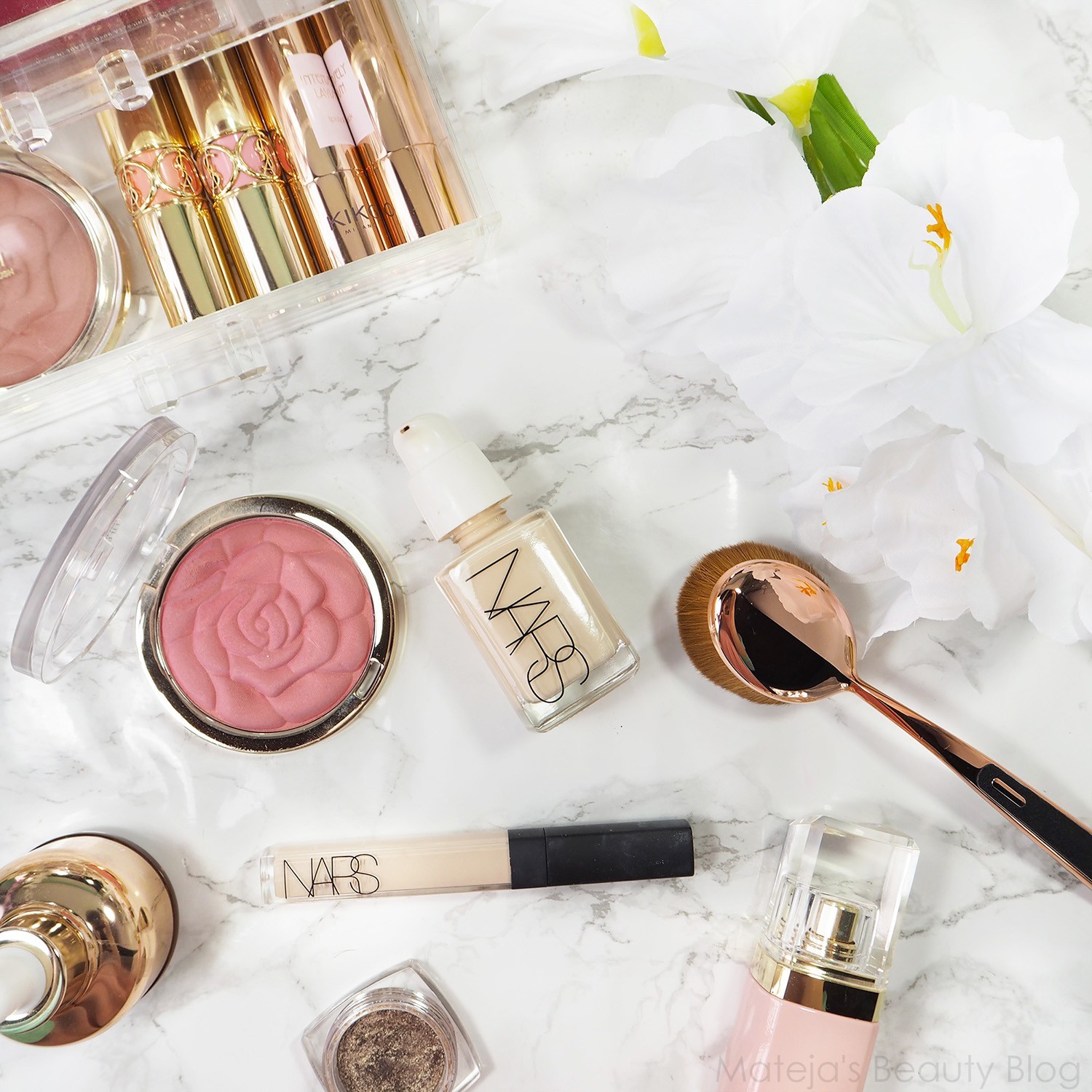 Is it worth it? It is and it’s not. Let me explain – this makes your skin pretty much flawless, so it’s an excellent foundation for taking pictures and special occasions. The shade range is also very impressive, though Siberia should be a lot more neutral.
And now why it’s not: well on my combination-dry-normal skin this behaves almost identical to Revlon Colorstay foundation version for dry/normal skin which is a lot cheaper. The coverage is about the same, as is the finish and staying power, but Colorstay’s lightest shade is pink toned. The only real difference I see is that Sheer Glow applies nicer so much easier, it’s like it’s blending by itself and just the feeling on the skin tells you this is a high-end foundation. Also Colorstay does look a little bit more obvious on the skin, but that’s a matter you notice only when looking very closely. So if you want it, give it a try, but you have a very decent substitute in the drugstores.
Have a great day!