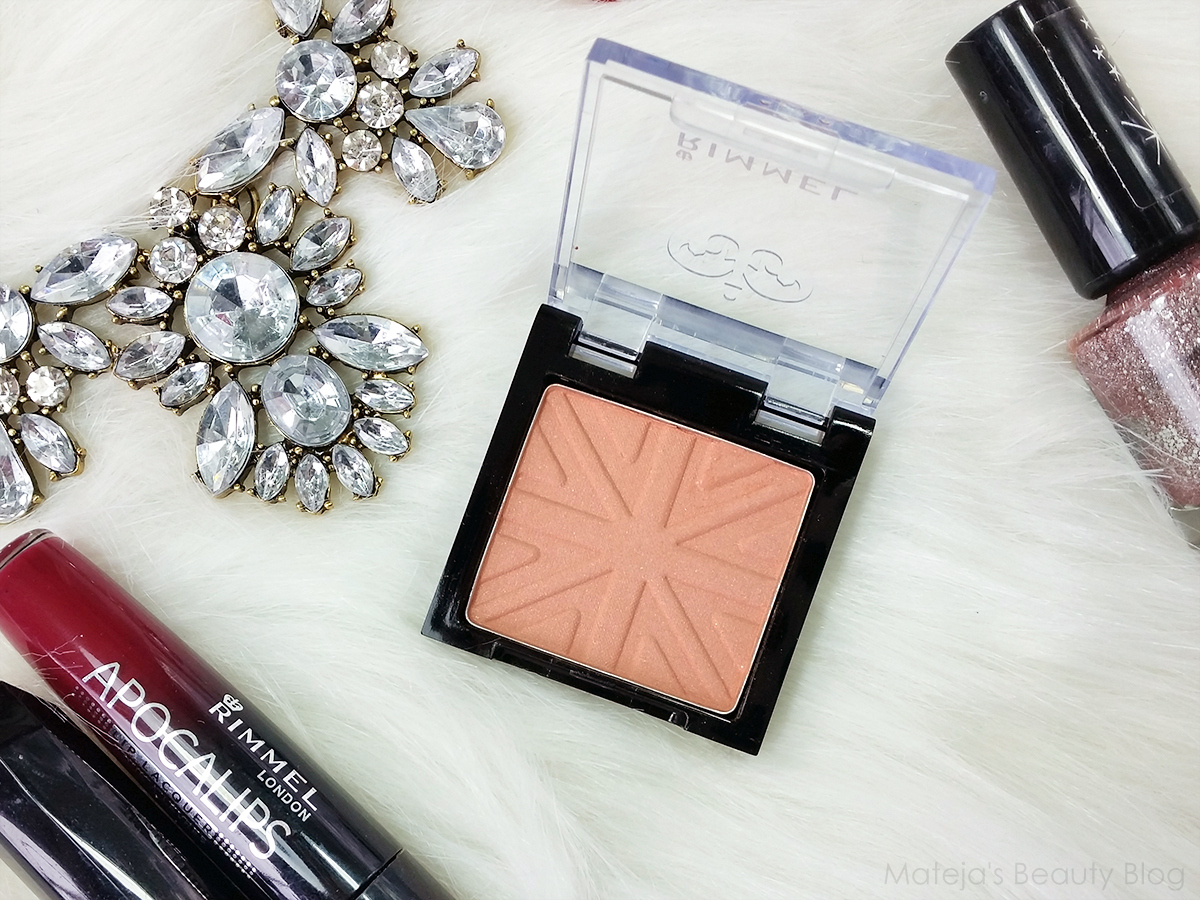 So we finally got Rimmel stands back here (we actually had them about 15 years ago, but they suddenly disappeared, just like Margaret Astor) and I think most of us was a bit disappointed, since our wishlists probably remained still full of products we can’t get out hands on. However, I did find at least one product I’ve been itching to try for a while. Santa Rose has a high rating on Makeup Alley and I heard a lot of good things about it from bloggers, so it had to be a win-win situation. Well, I must admit I imagined it different and the peachiness of it surprised me. Based on other people’s pictures I expected a shade along the lines of I’m nuts about you by Catrice or Milani’s Romantic Rose, instead it’s more like Essence’s Indian Summer (which is in the process of being discontinued), so very peachy and not pink. 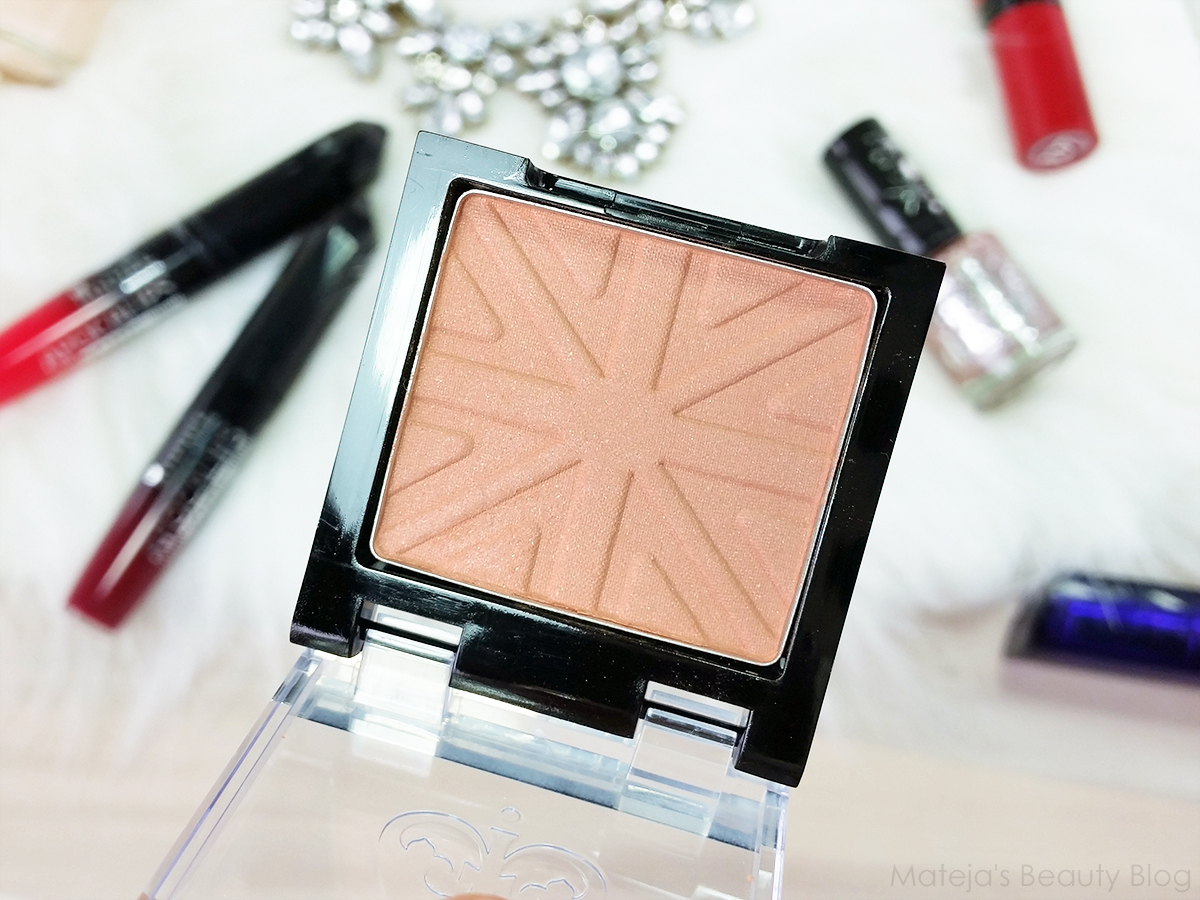 Texture: It’s a soft blush, which swatches chalky, but looks perfectly ok on the cheeks, however, it’s not as smooth as for example Catrice’s Defining Blush. Pigmentation is really good, again I’ll draw a comparison with Catrice’s because they are similar in that respect. Santa Rose is a light shade, but on my pale skin I get enough colour quickly, while on medium skins you’ll probably have to apply a bit more. 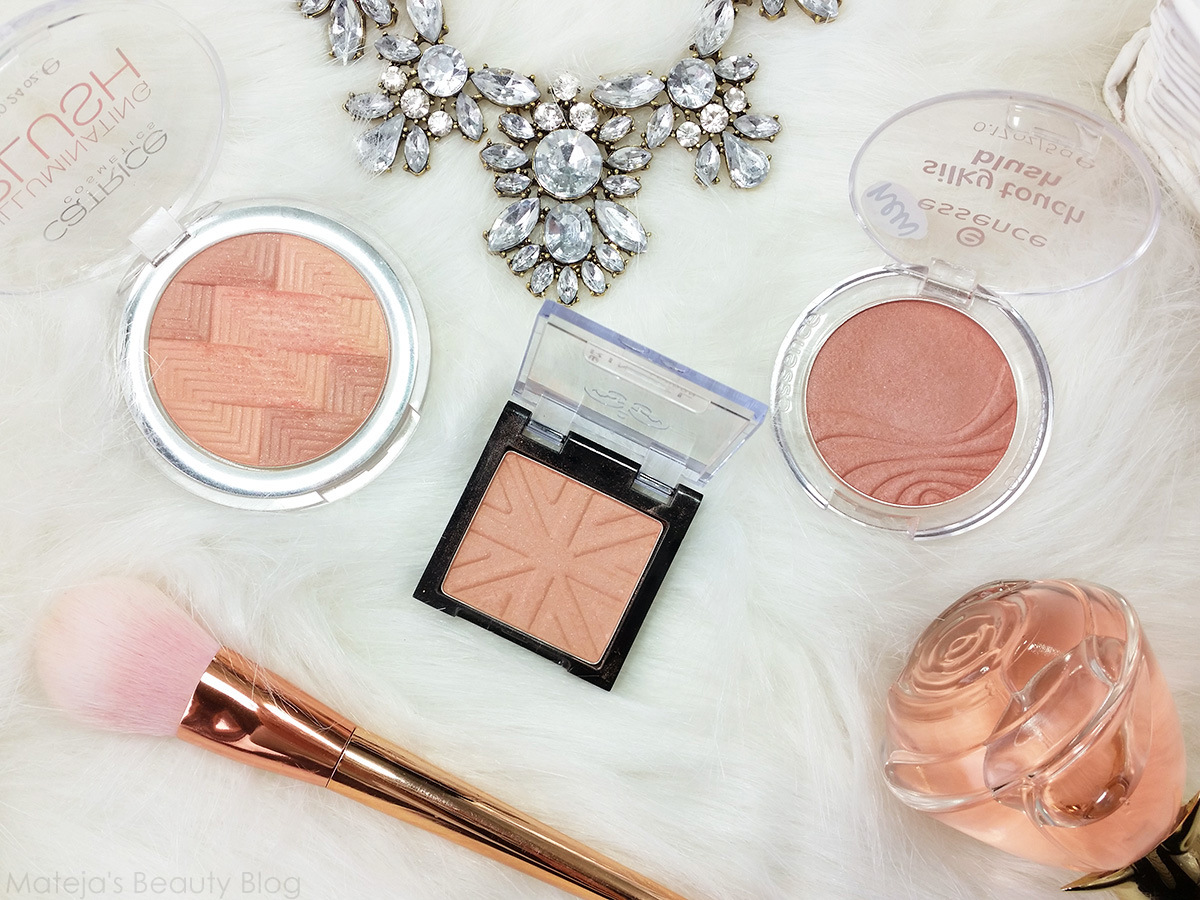 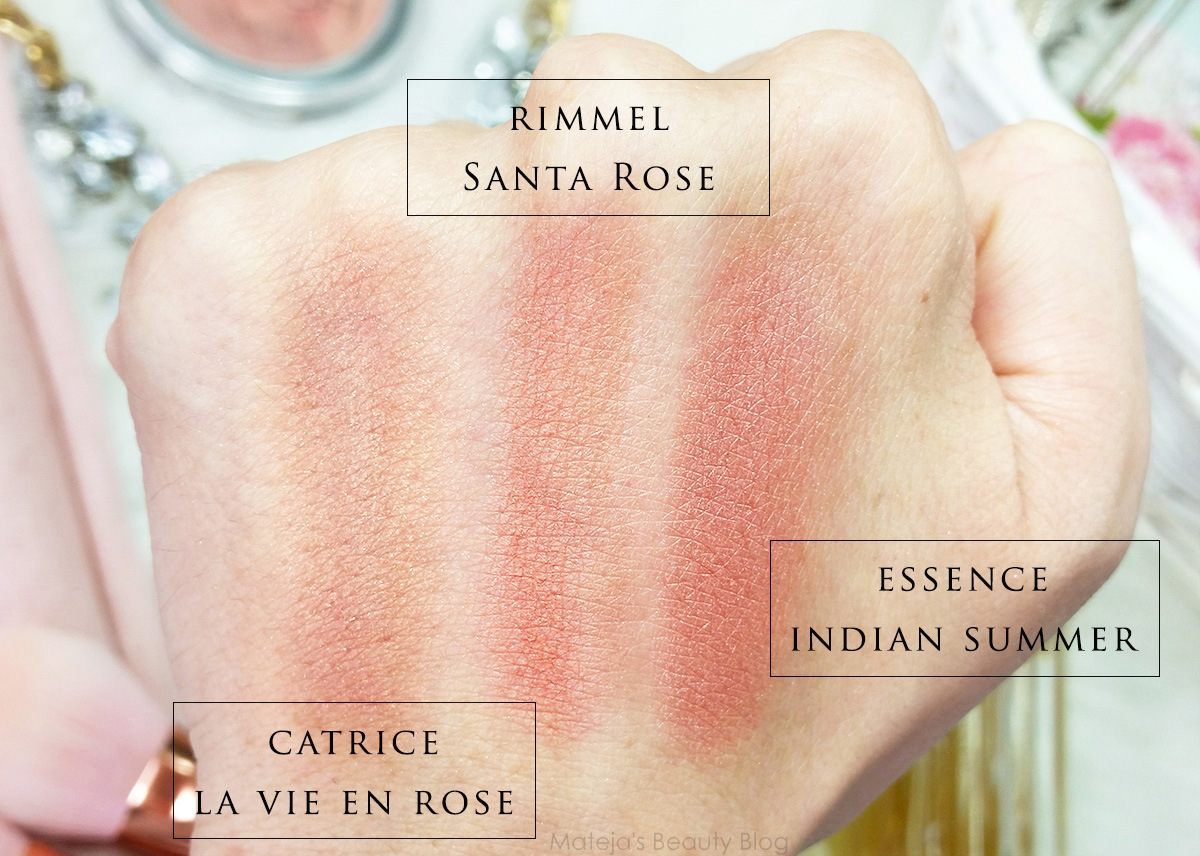 Colour: As I said it’s a peachy shade, but a more muted version of the shade and pale, so a blush you’d use on fairer skin tones (though it’s pigmented enough, I just don’t know if it will show up well on darker skin tones). My swatches on the hand are not the best, but it’s close enough and at least it looks the way it should on the full-face picture. It’s similar on the cheeks to Catrice’s La Vie en Rose, even though they swatch very differently, so it gives a simple slightly peachy flush that looks relatively natural and it’s a great shade to combine with most other shades of lipsticks. It has a slightly sheen and some small glitter when you swatch it, however on the cheeks the finish is matte-satin. 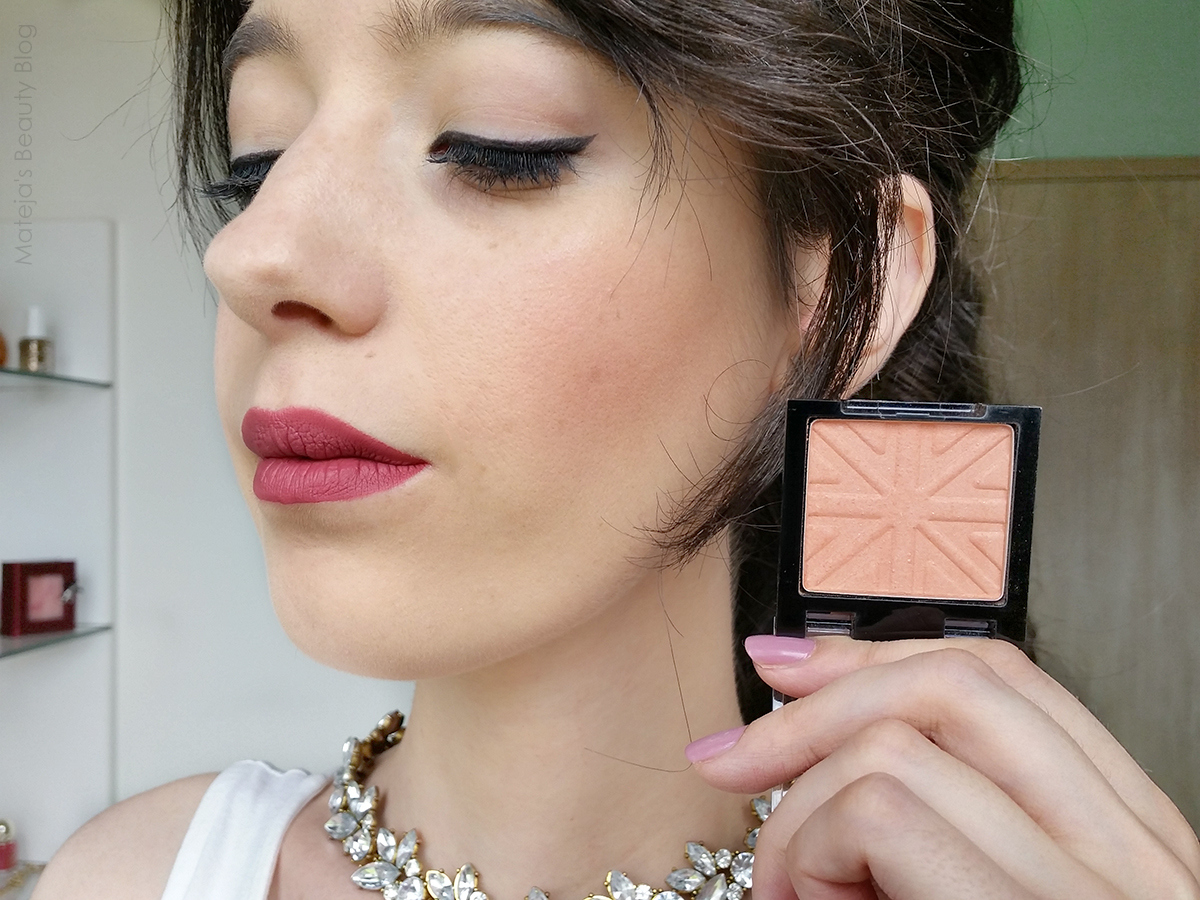 Makeup Factory Velvet Rosewood on the lips, Essence nail polish in 56 You and me on the nails.
Staying power: It lasts decently on the cheeks, but it’s not amazing in that respect. We’re dealing with a shade that’s also pale, so it’s bound to fade faster than something bright. This is the type of blush I’d combine with a cream blush under it to make it last longer. 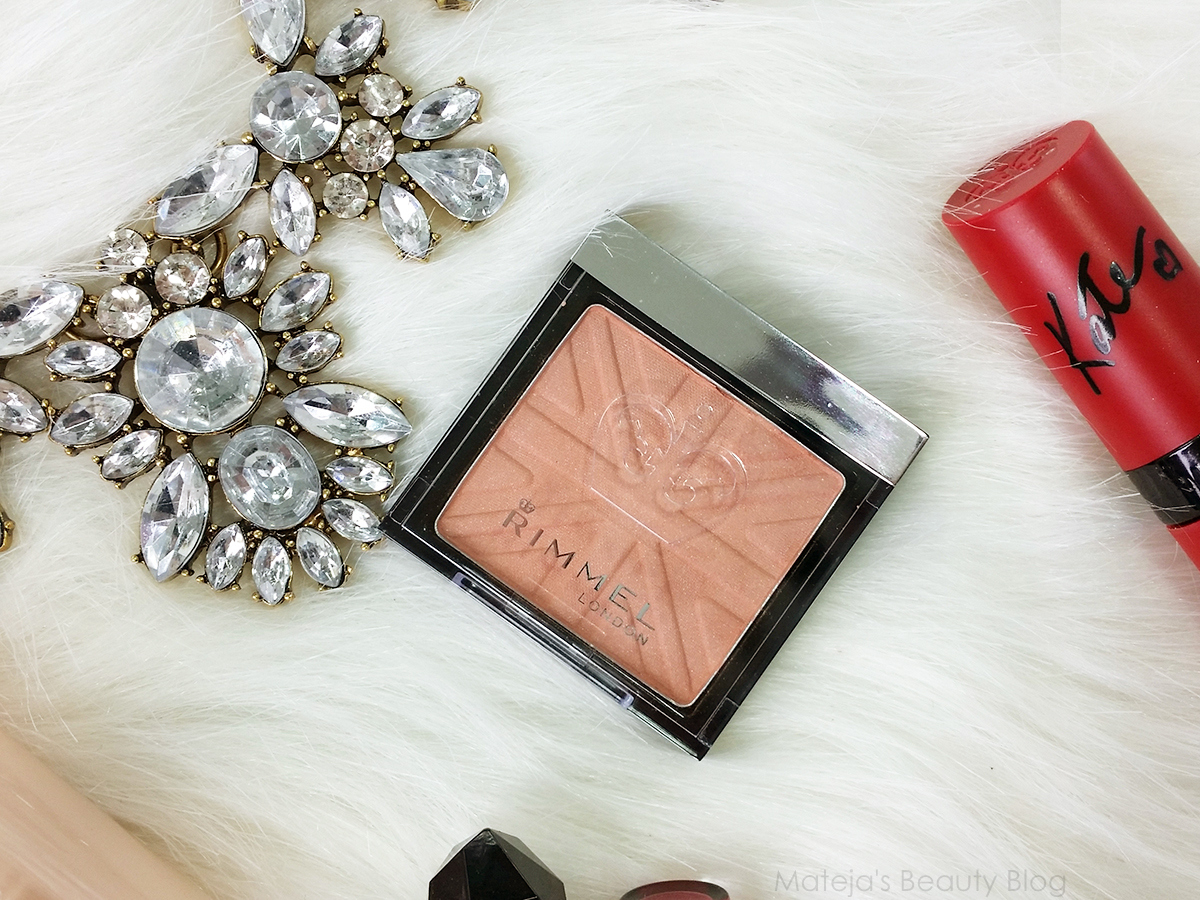 Packaging: Rimmel sure swaps the blush packaging a lot and I’m sure I’ve seen at least three different versions along the years, but this one is a simple, small plastic case with some silver details and a Union Flag embossing on the powder. It closes fine and it’s pretty dainty, so nice to throw in the bag, but we’ll see how it survives over time.
Price and availability: I got mine in DM for 5.99 € which threw me off a bit, since it’s about half cheaper in most online shops. 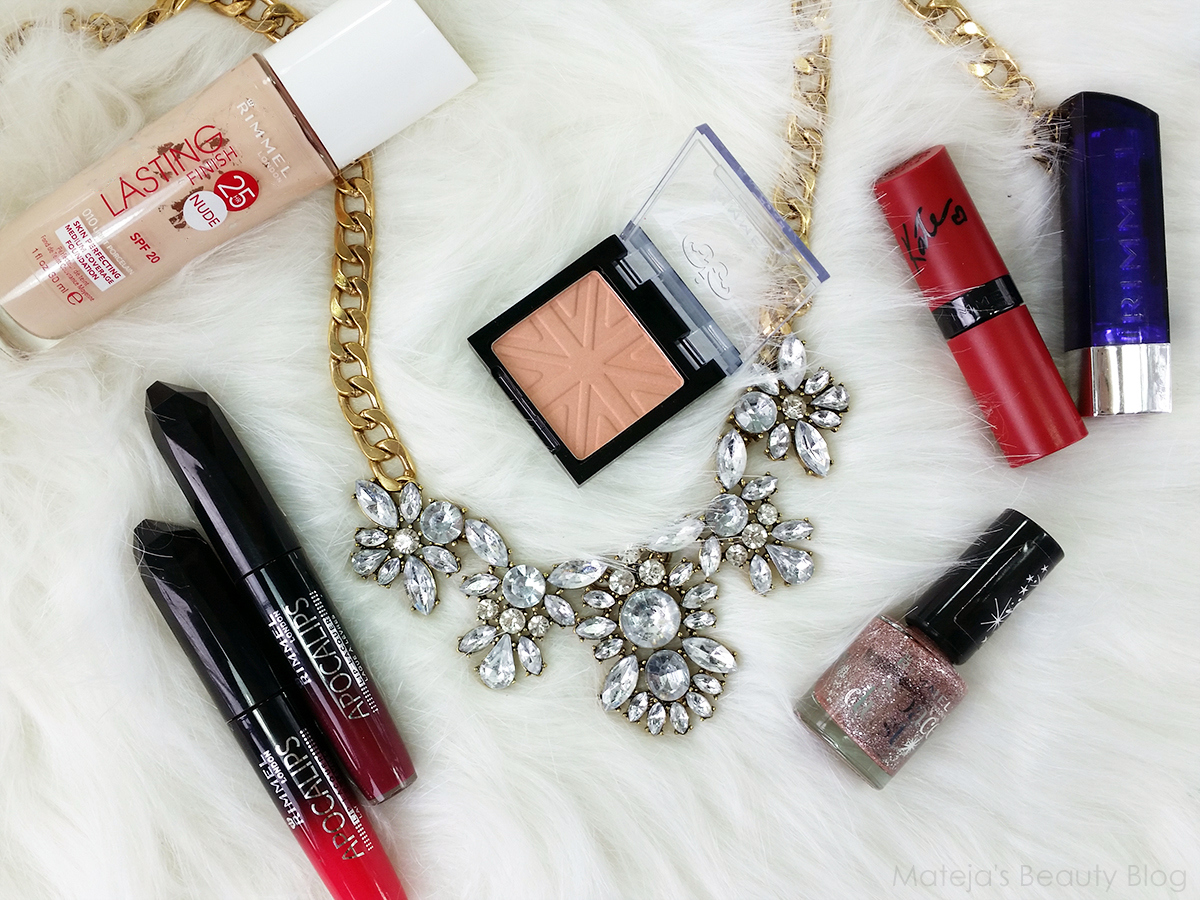