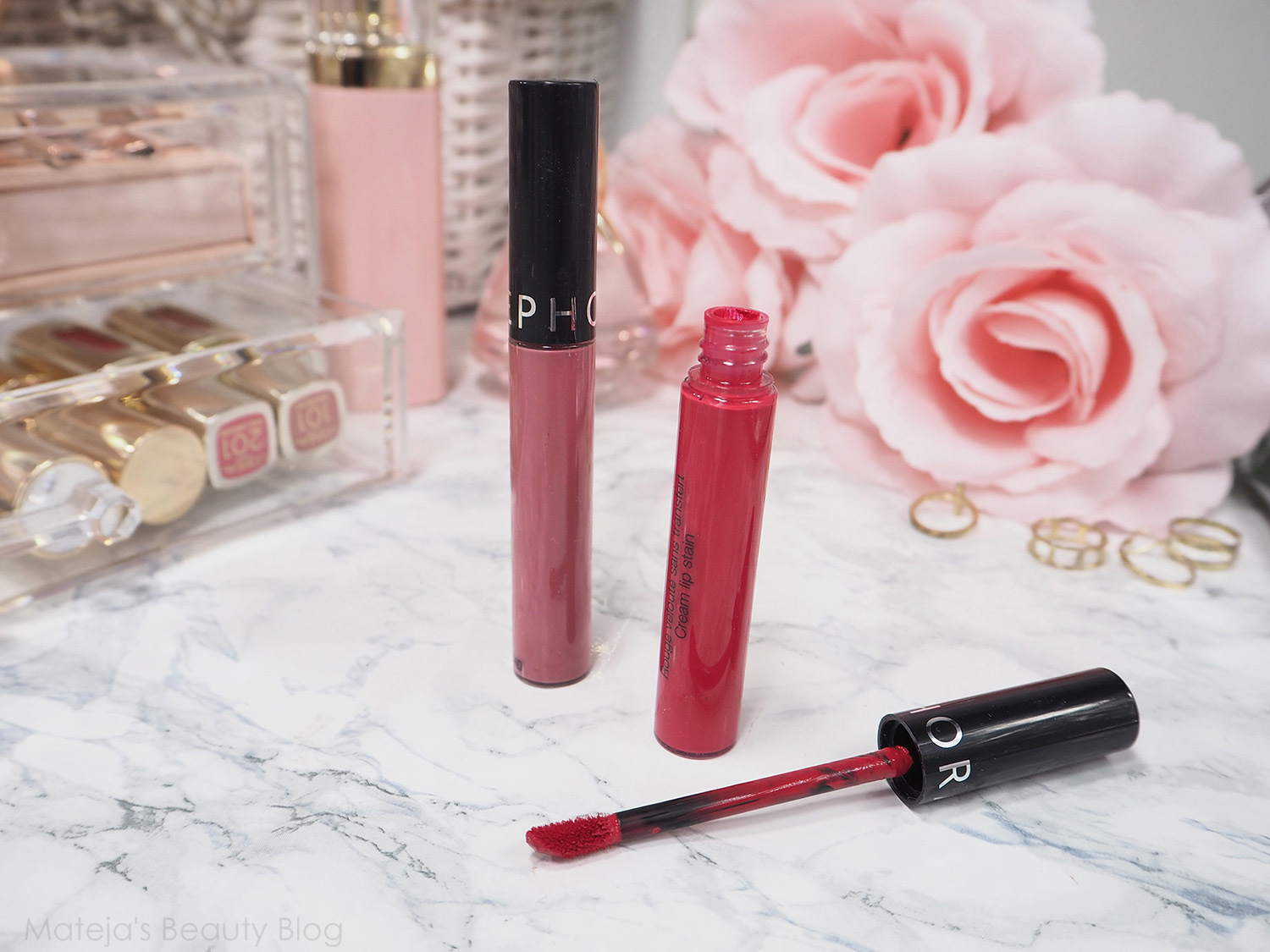 These were some of the earliest matte lip creams on my wishlist, but it took me years to finally step into a Sephora (I was in one before, but someone ruined my day and I didn’t feel like buying makeup. Regretted that ever since). When I finally reached Sephora, which took me 15 minutes to find in the shopping centre thanks to their amazingly helpful map, this was the first thing I set to find and I’ve already had picked out the shades before, though now I so regret not taking the red shade 01 too. I own a lot of liquid lipsticks and though these aren’t the absolute best ones on my list (theBalm, obviously), I still really love the formula and the colours are gorgeous. 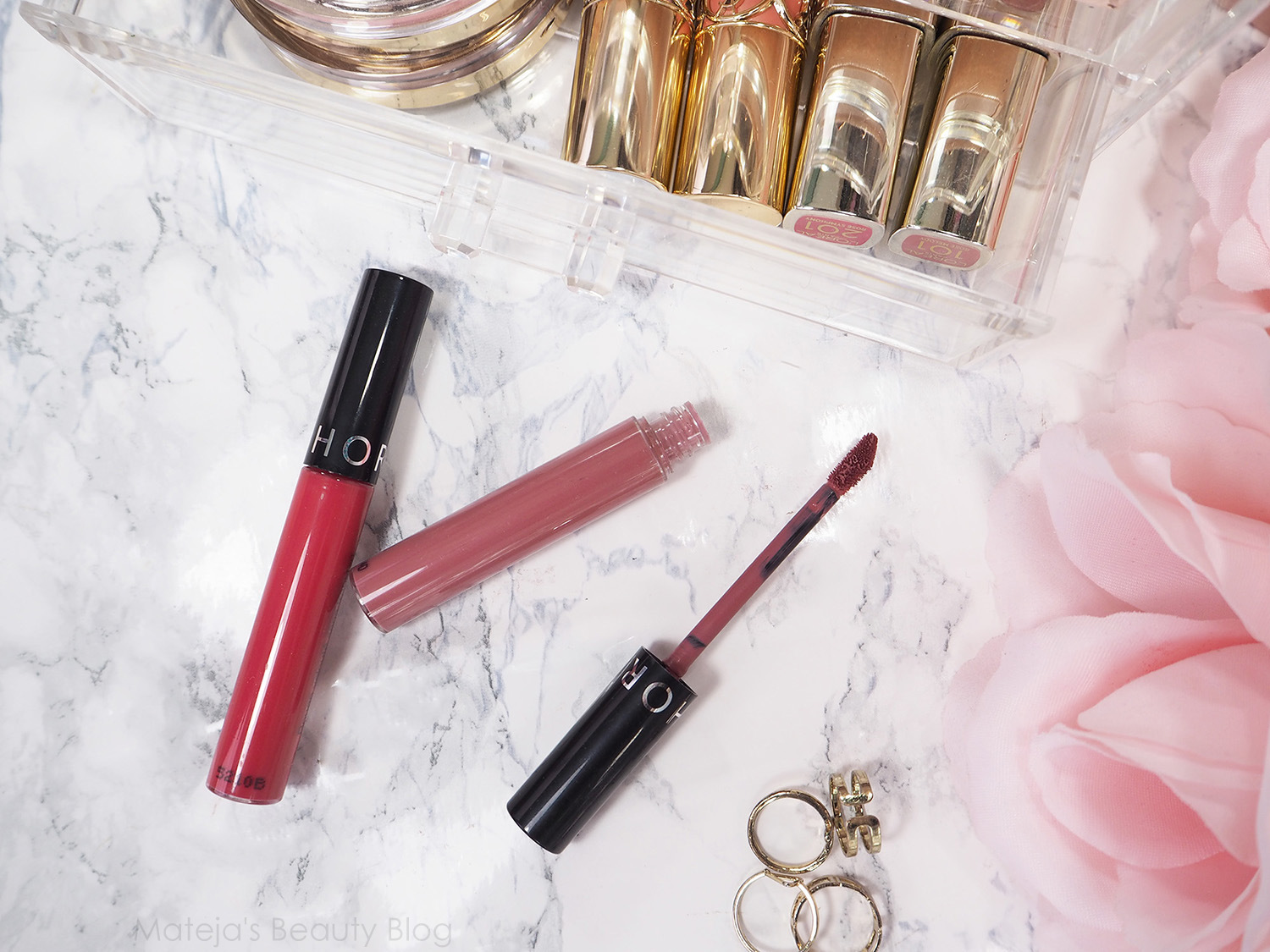 Texture: As far a liquid lipsticks go, these are sort of the smoothest, almost like they have more of those slippery silicones, so these go on really nicely. They don’t start to dry immediately like Sleek’s, Milani’s and ColourPop, instead you get less of that tight feeling. You also don’t get that feeling the product is in one layer, but it’s more like at theBalm’s Meet Matte Hughes. Pigmentation is excellent and these require just one layer, also the application looks completely even. They in general feel more comfortable on the lips than a lot of other matte lip creams, they are also are much easier to take off, but again I don’t want to say that these won’t feel drying at least to some people. 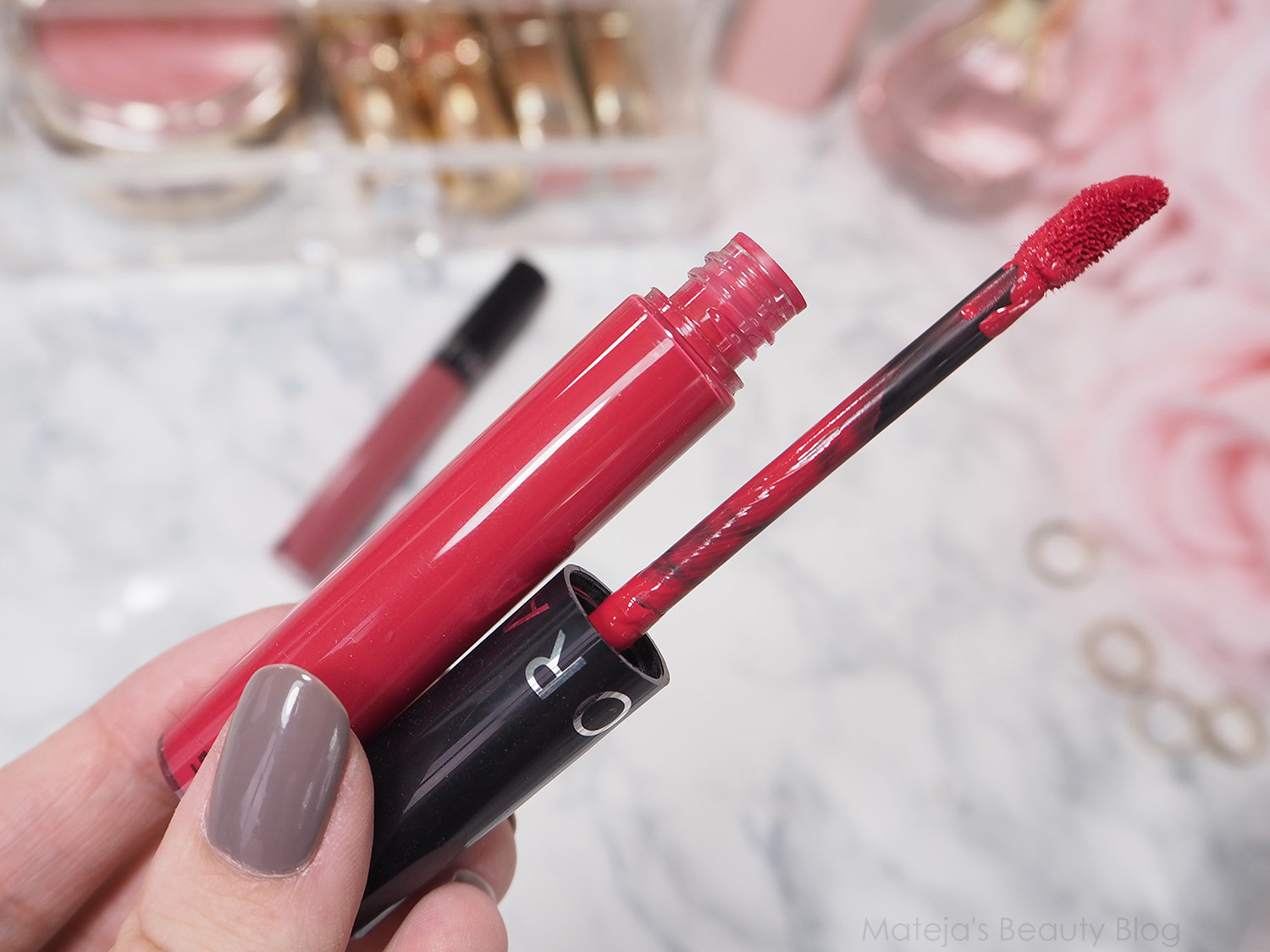 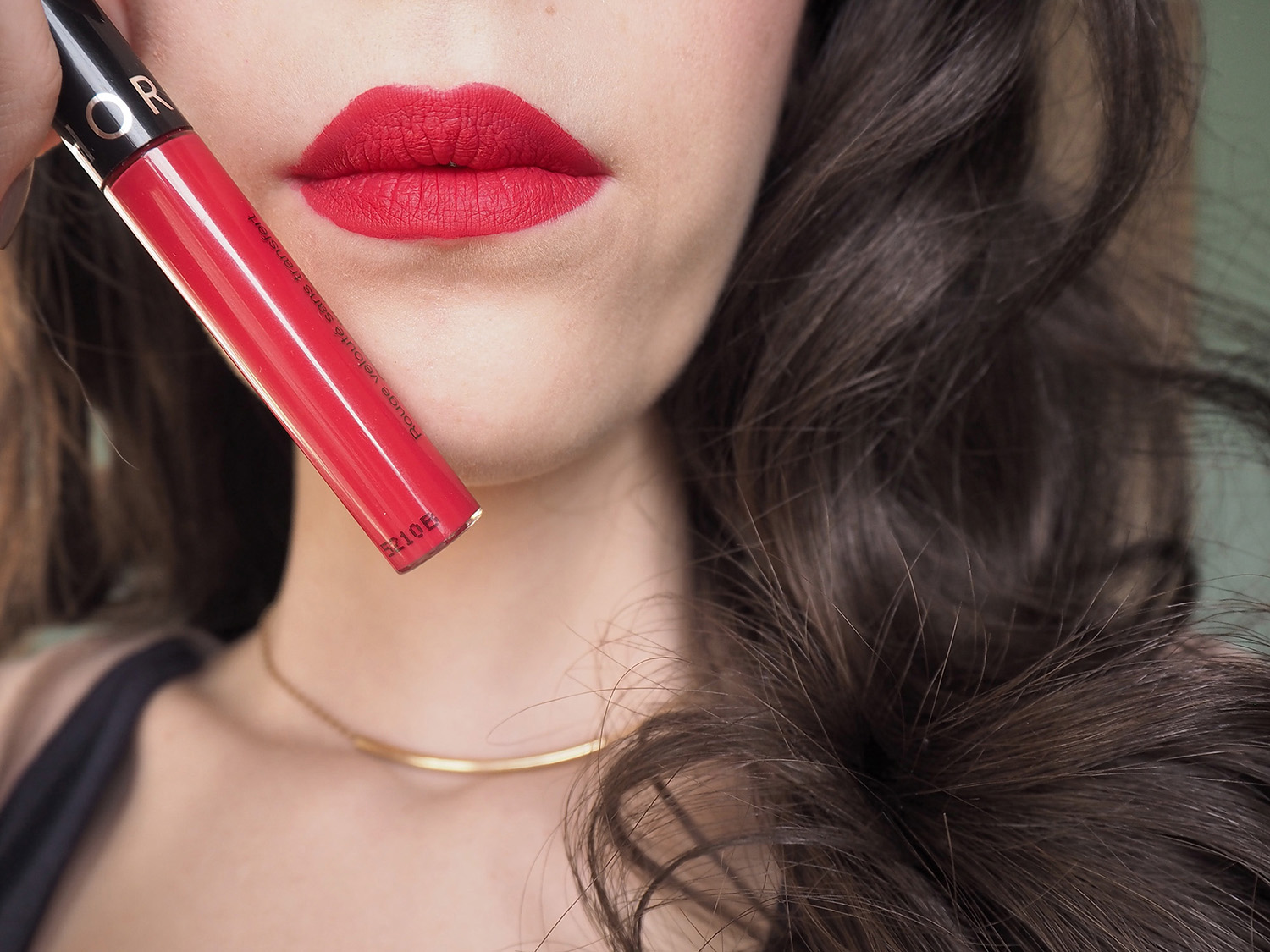 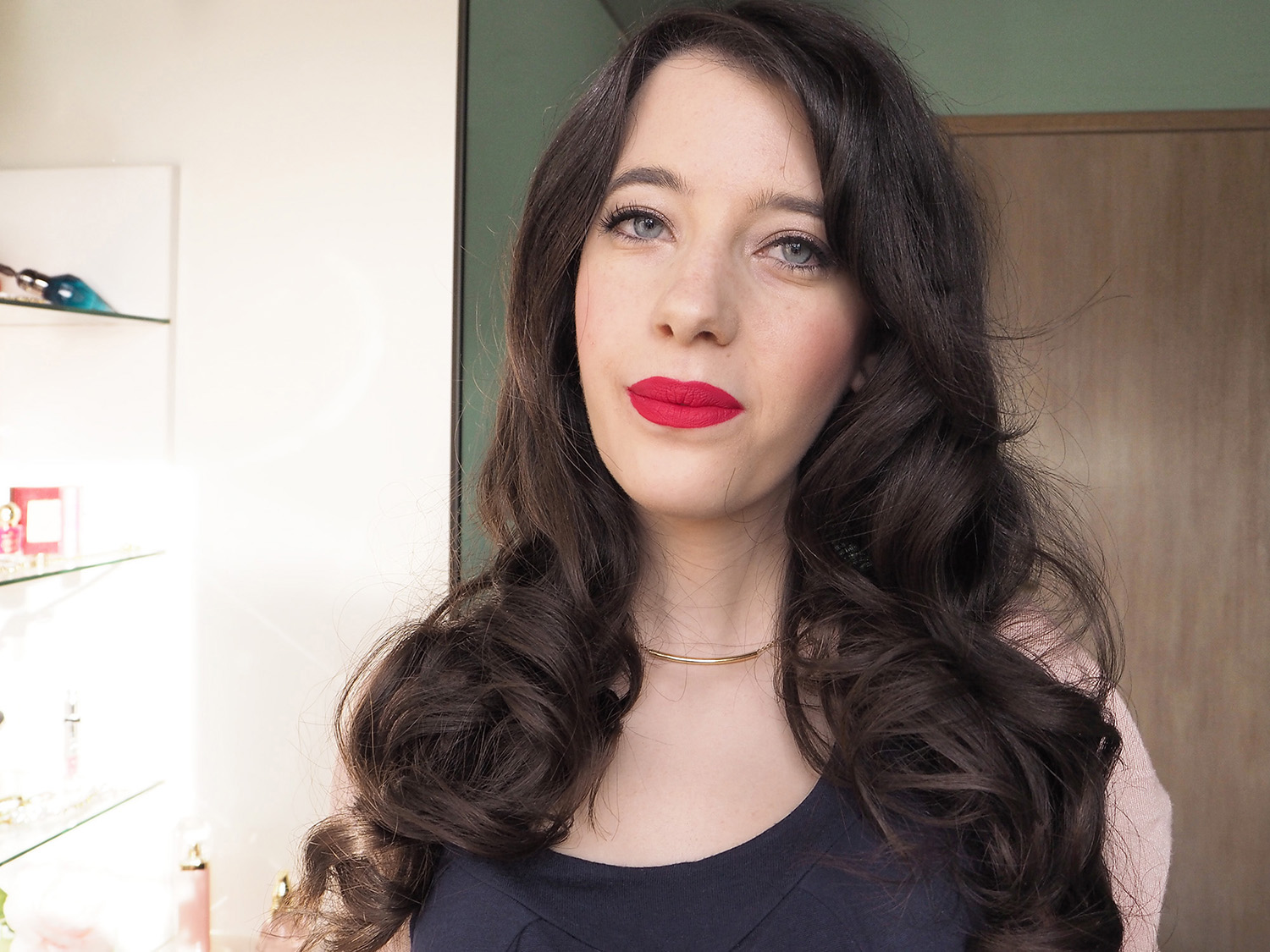 03 Strawberry Kissed is a warm pinky red. At times is looks more pink on me, but mostly it’s like a warm red with some pink. It’s a stunner, I have no dupes and I don’t know of a similar colour.
13 Marvellous Mauve 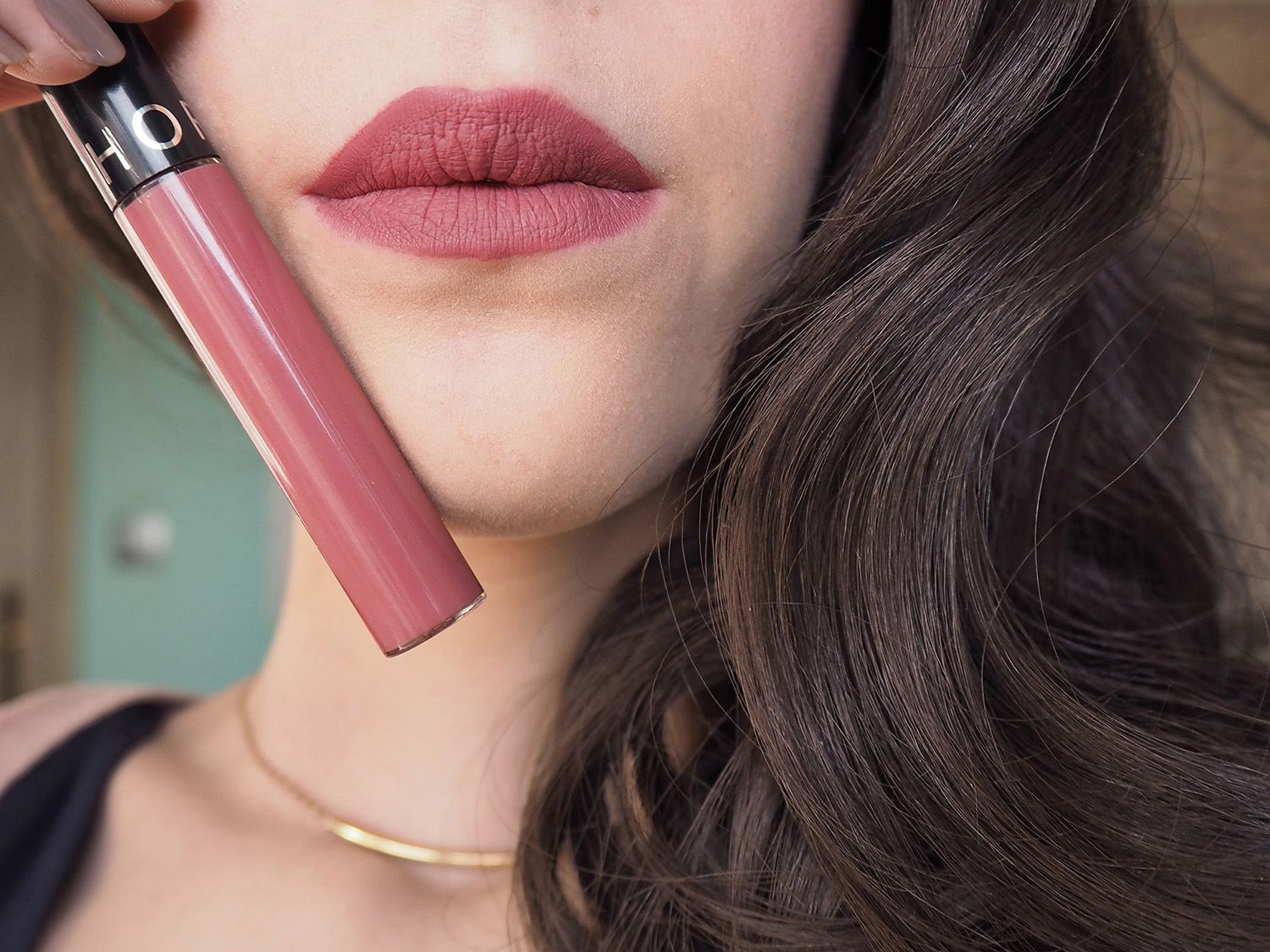 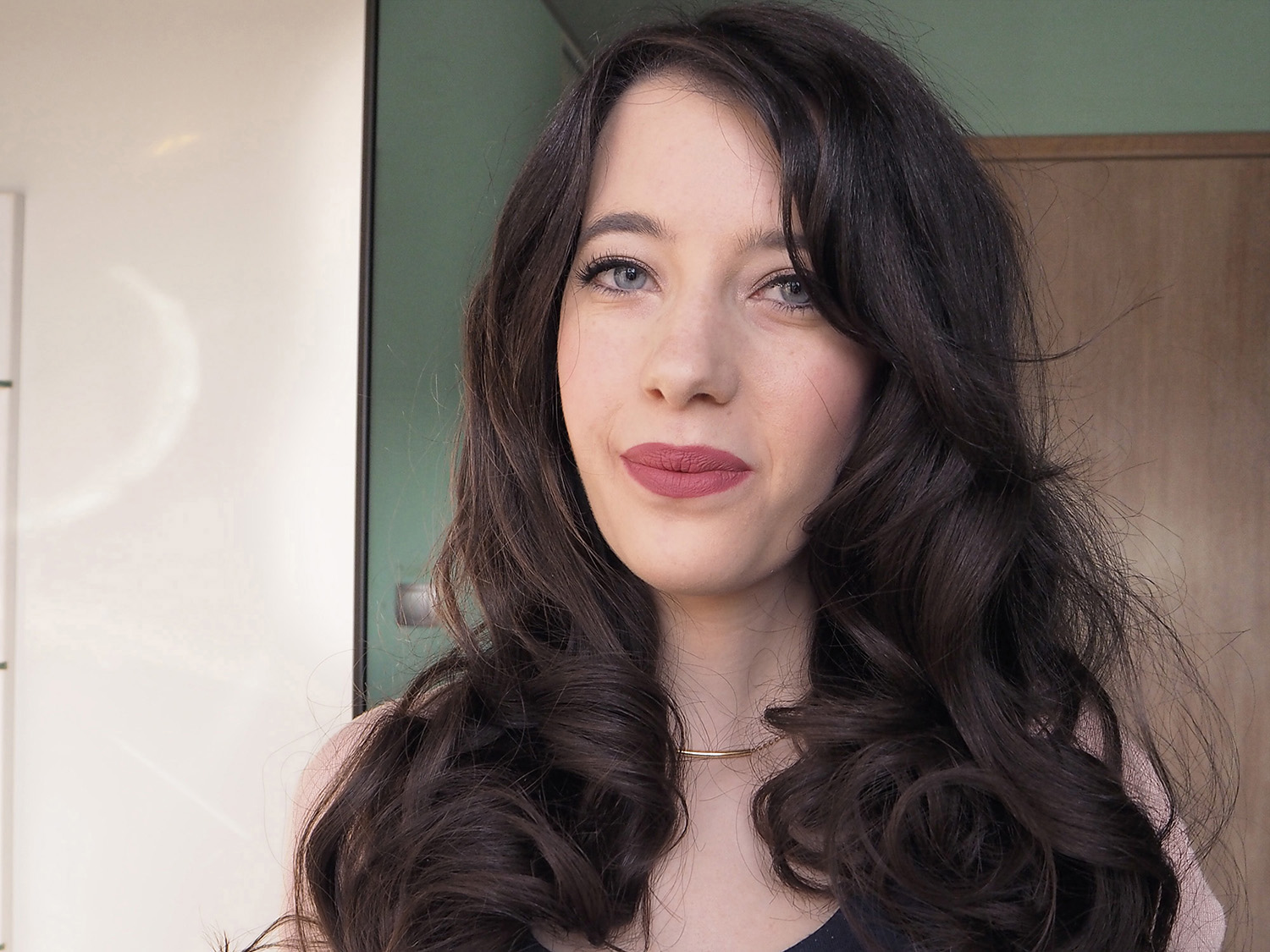 13 Marvellous Mauve is a medium pinky-mauve shade that’s very wearable and a lot of people’s favourite, I hear it’s also a good dupe for Stila’s Patina. On some it will look more violet, but I’m one of those on who it looks warmer. It’s actually my favourite such shade, others that I can say are close are Colourpop’s Clueless which is more pink, Dopey that ends up much greyer and cooler, while Alyssa is warmer, more peachy. 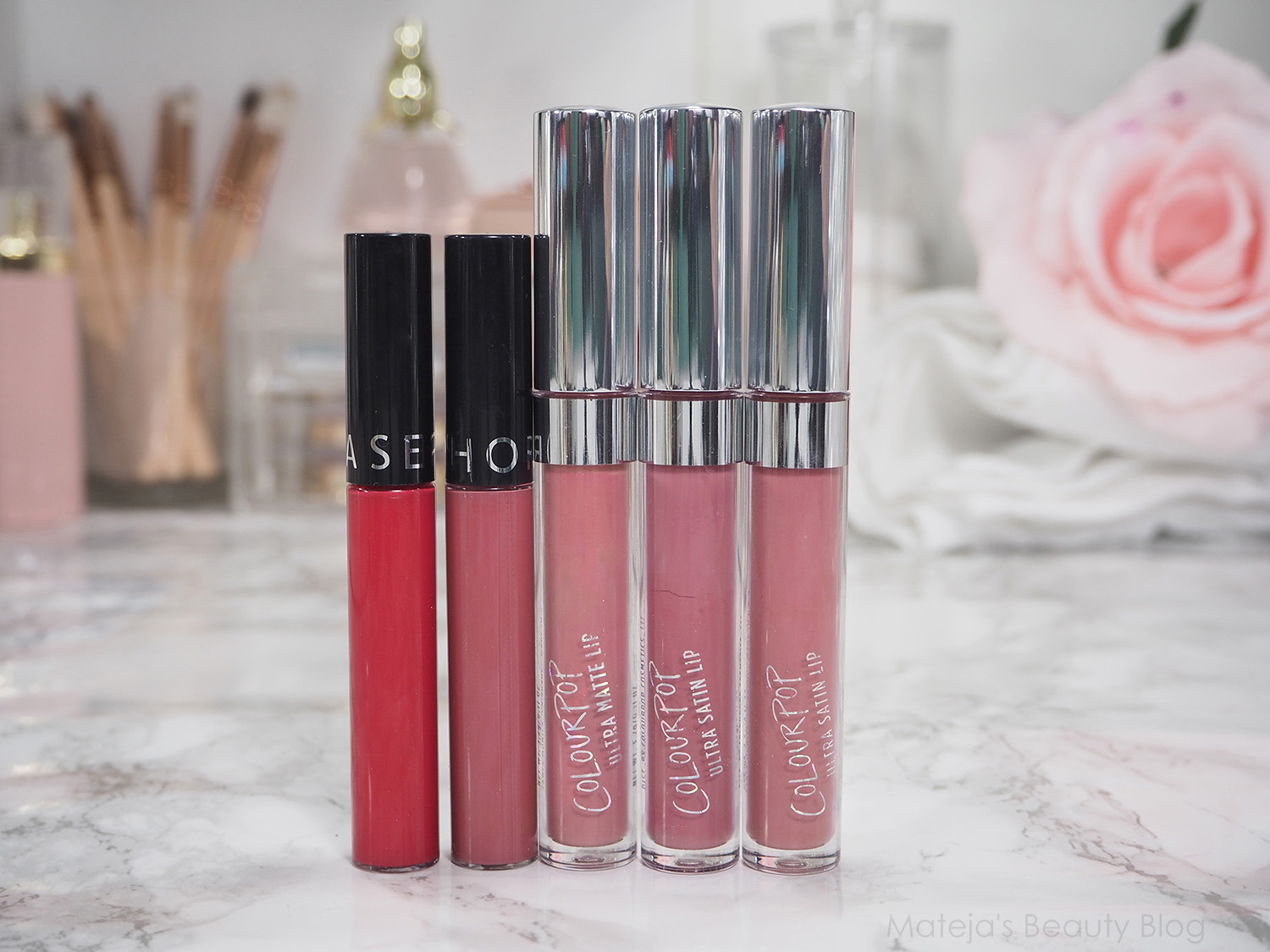 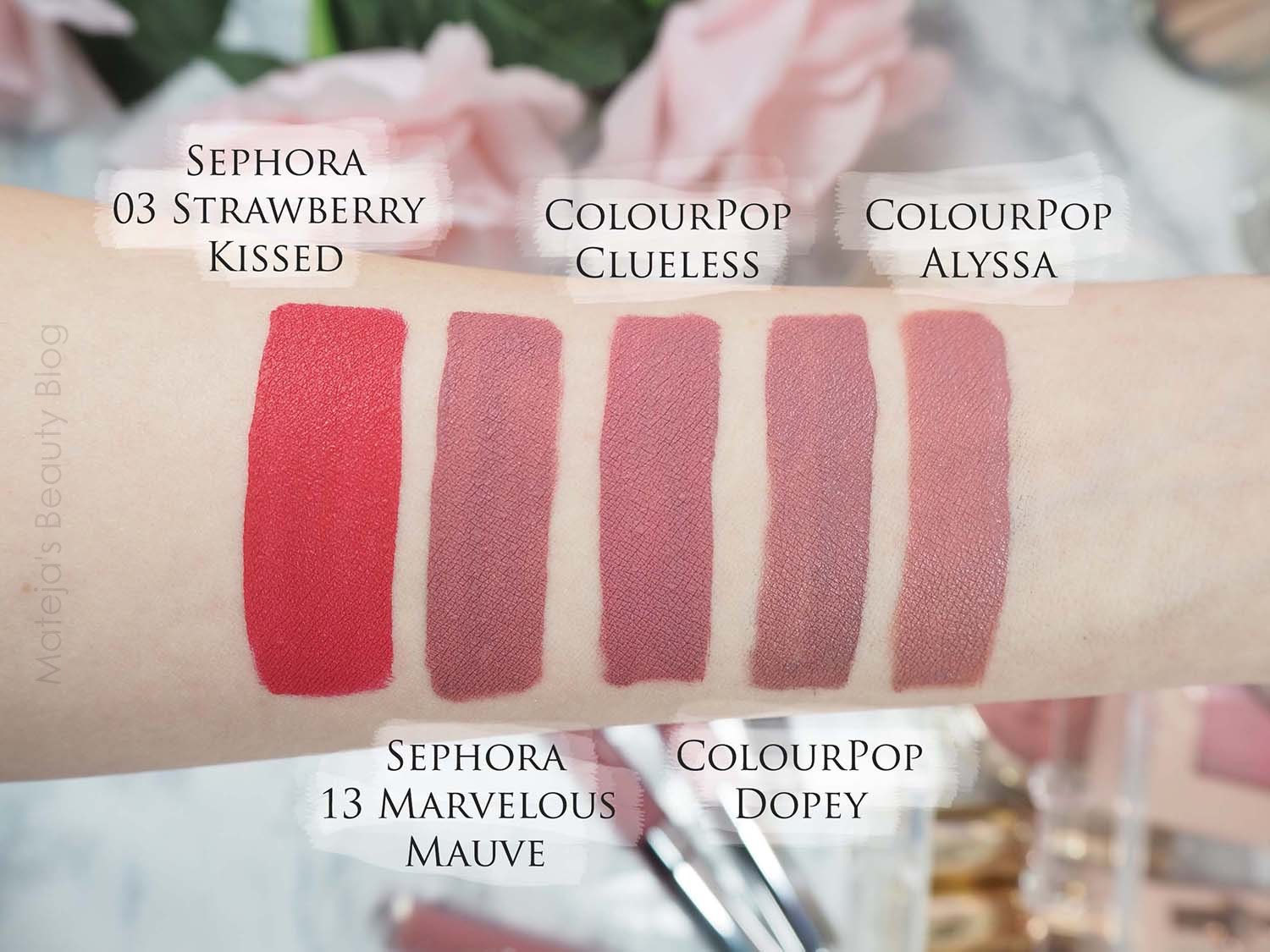 Scent: They have a strange scent of an abandoned office (I’m weird, I know. It just smells musty and like old paper). It is somewhat vanillary, so some people say it smells like cake. It’s neither a bad nor a good scent.
Staying power:  I noticed these aren’t as long lasting as some others I’ve tried, they are also easier to get off the lips. They still survive eating as long as the meal isn’t too greasy and they last though drinking. I get several hours to wear, like at most liquid lipsticks, they wear quite nice and my lips don’t go patchy or dry with these. 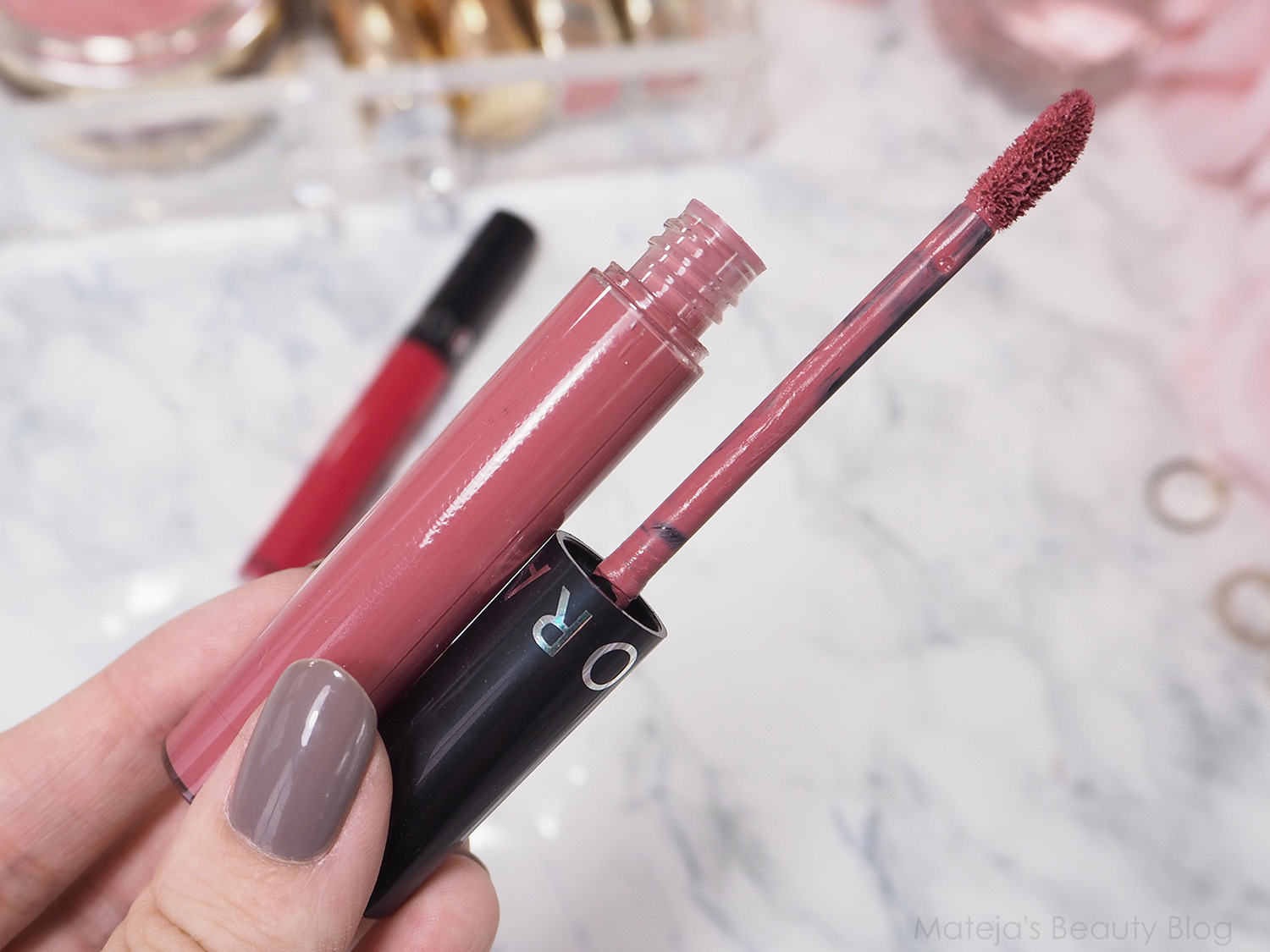 Packaging: At first the tube felt a bit cheap to me, but I realised it’s not that bad. They applicator is a classic one and easy to use.
Price and availability: These cost 10 € in Sephora. 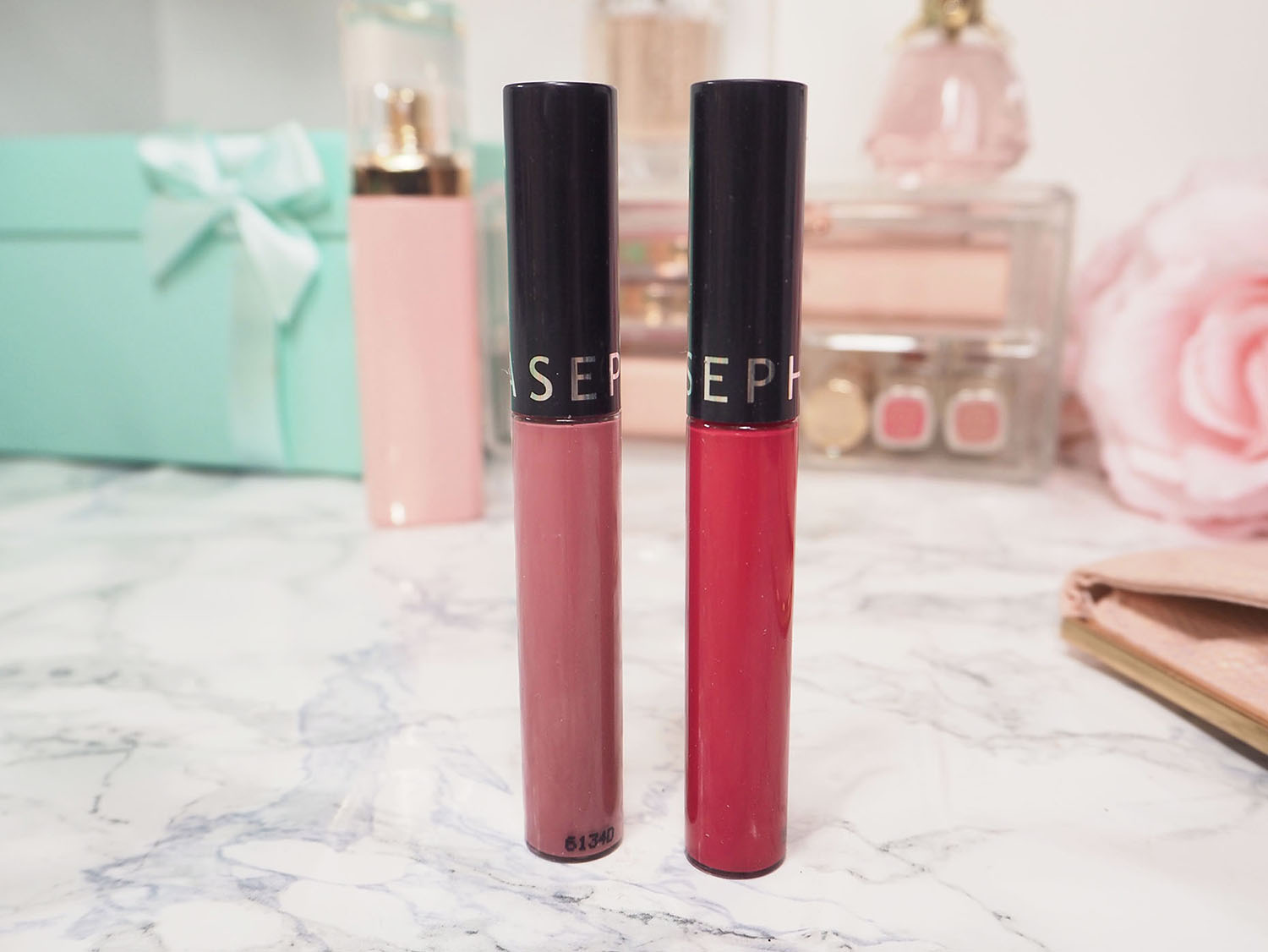 I think these are a hit. Not that they are the best liquid lipstick like some say, but the formula is one of those that is more comfortable than for example Sleek’s, L.A. Girl’s and ColourPop Matte’s, but you still get that perfect matte finish, excellent pigmentation and great staying power. Both the shades I got are so beautiful and I’m still lemming that 01 shade.
Have a great day!