You are here: Home / Bourjois / Swatching my Lipstick Collection 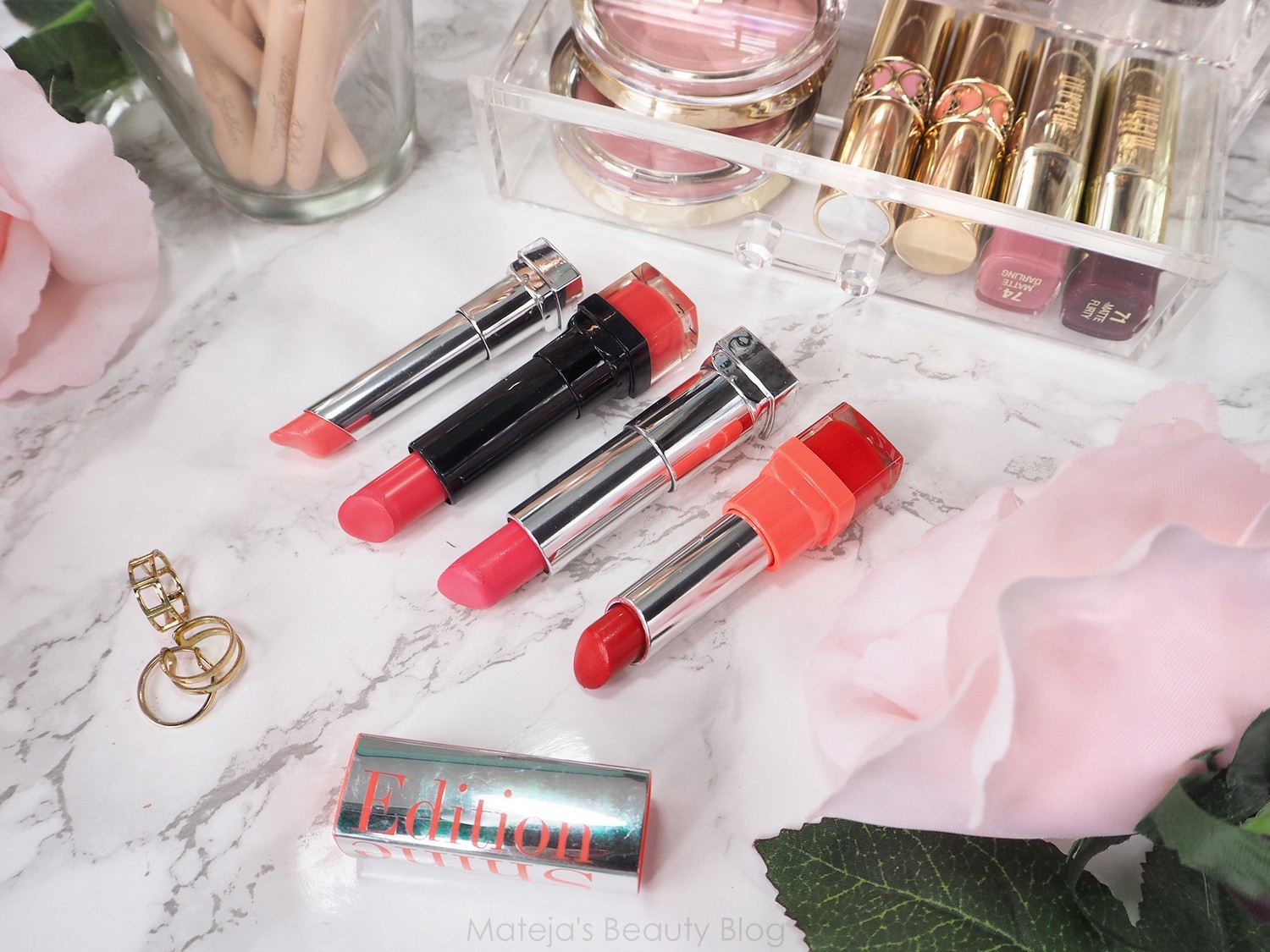 There are a few shades in my collection that never got to be properly swatched on the blog because for years I was using only my phone camera and for a long time I didn’t even venture into doing full face swatches. I had a plan to revamp some of my old reviews as soon as I get a proper camera and that’s exactly what I’ve been doing for the past months. These first four lipsticks were bought in my bright coral phase – I wasn’t the only one who had it – but now I just can’t really find myself liking these shades on me, apart from the red Bourjois one, which is lovely and so comfortable on the lips. 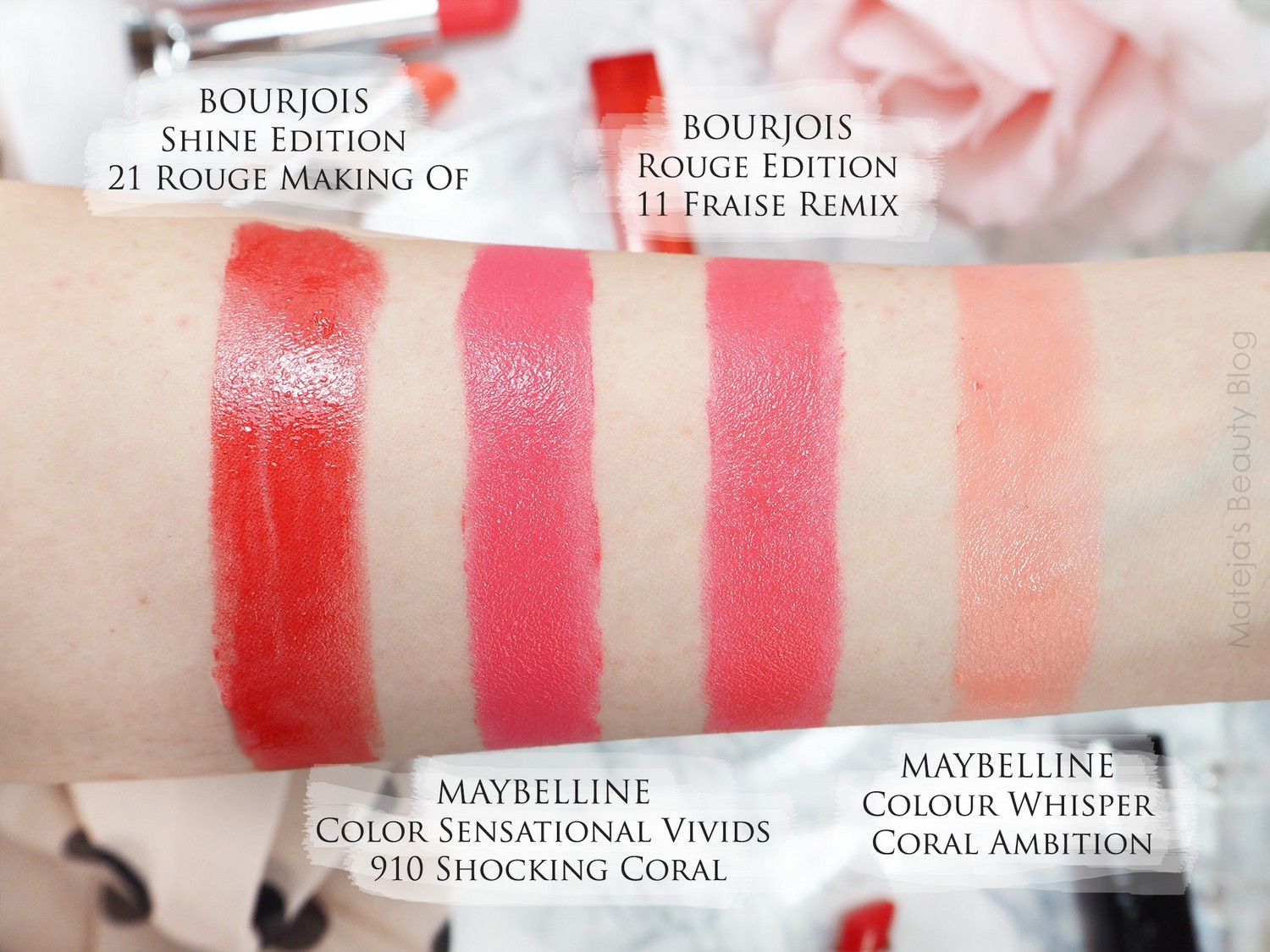 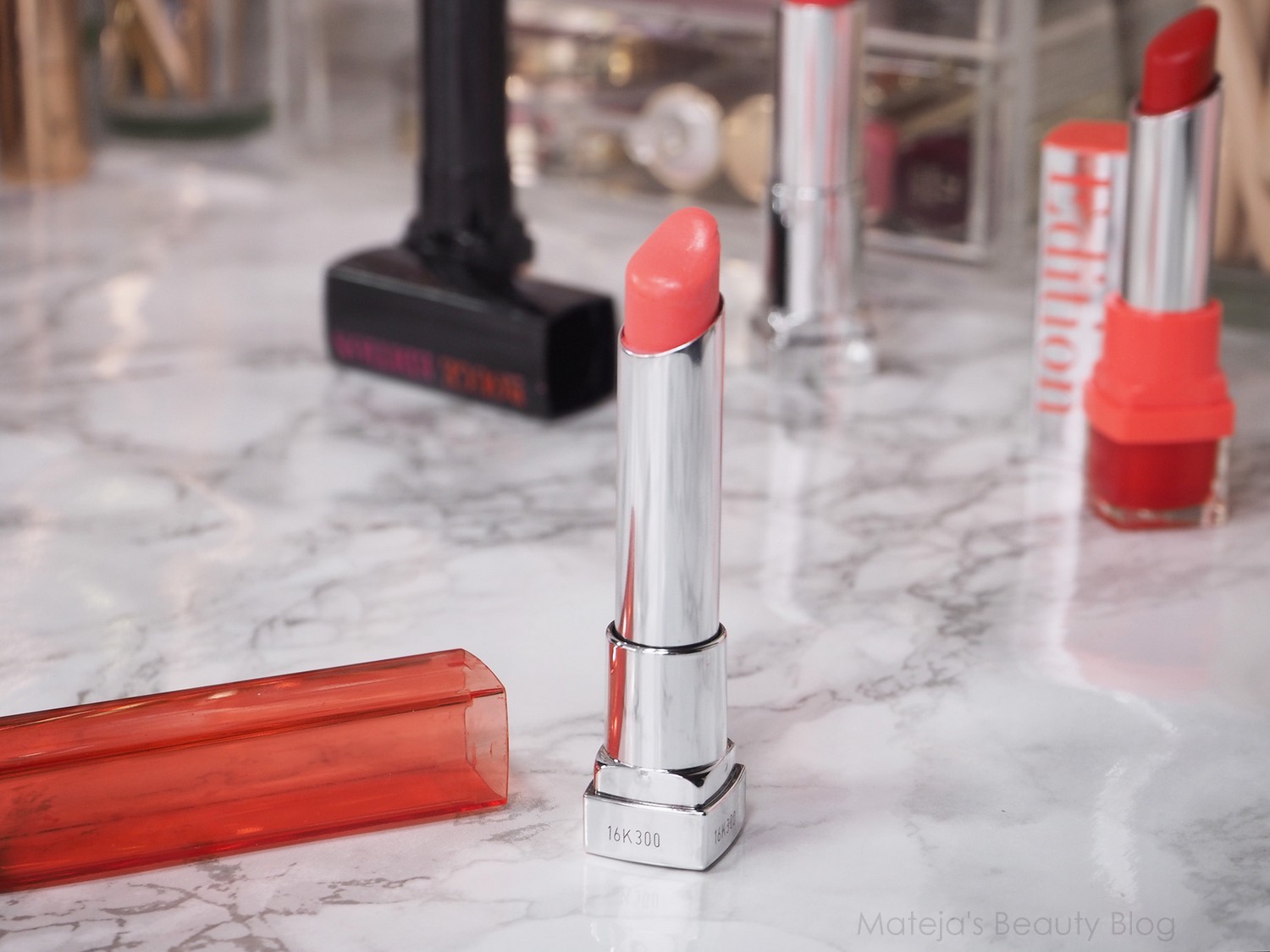 I used to love this one, but now all that’s screaming in my head is: too much of a white base. It’s just soo bright, but nude – I know, weird combination and I know it doesn’t look so bad, but there is something about it that’s just that little bit off. The formula is one of those lip balm-lipstick hybrids, so creamy-glossy on the lips with a poor staying power, but comfortable to wear. My shade Coral Ambition is a pale peachy shade with some pink and as I said, it has a white base. Just check the swatch on the arm how bright it is, while on the lips the natural pigment tones it down. 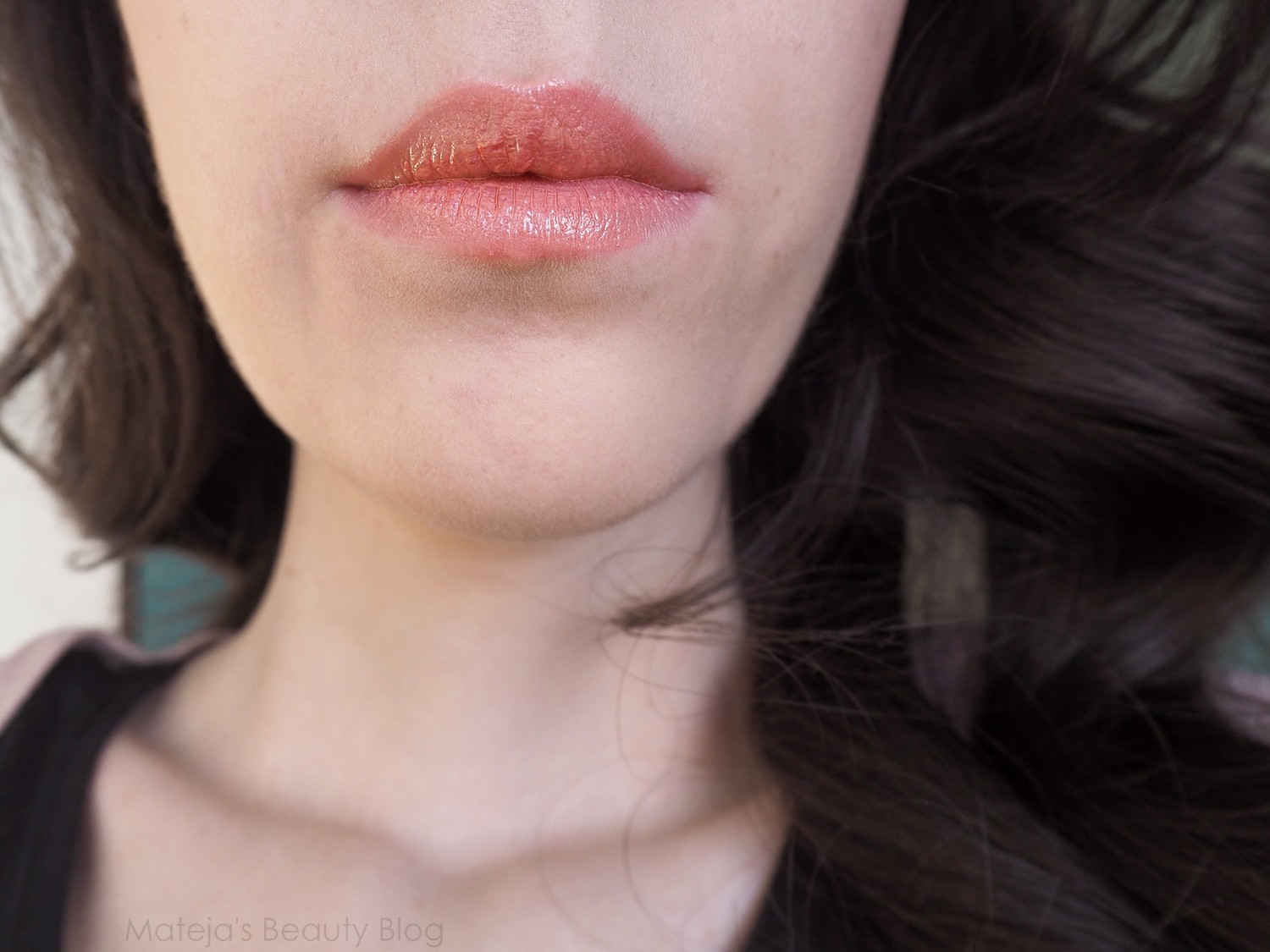 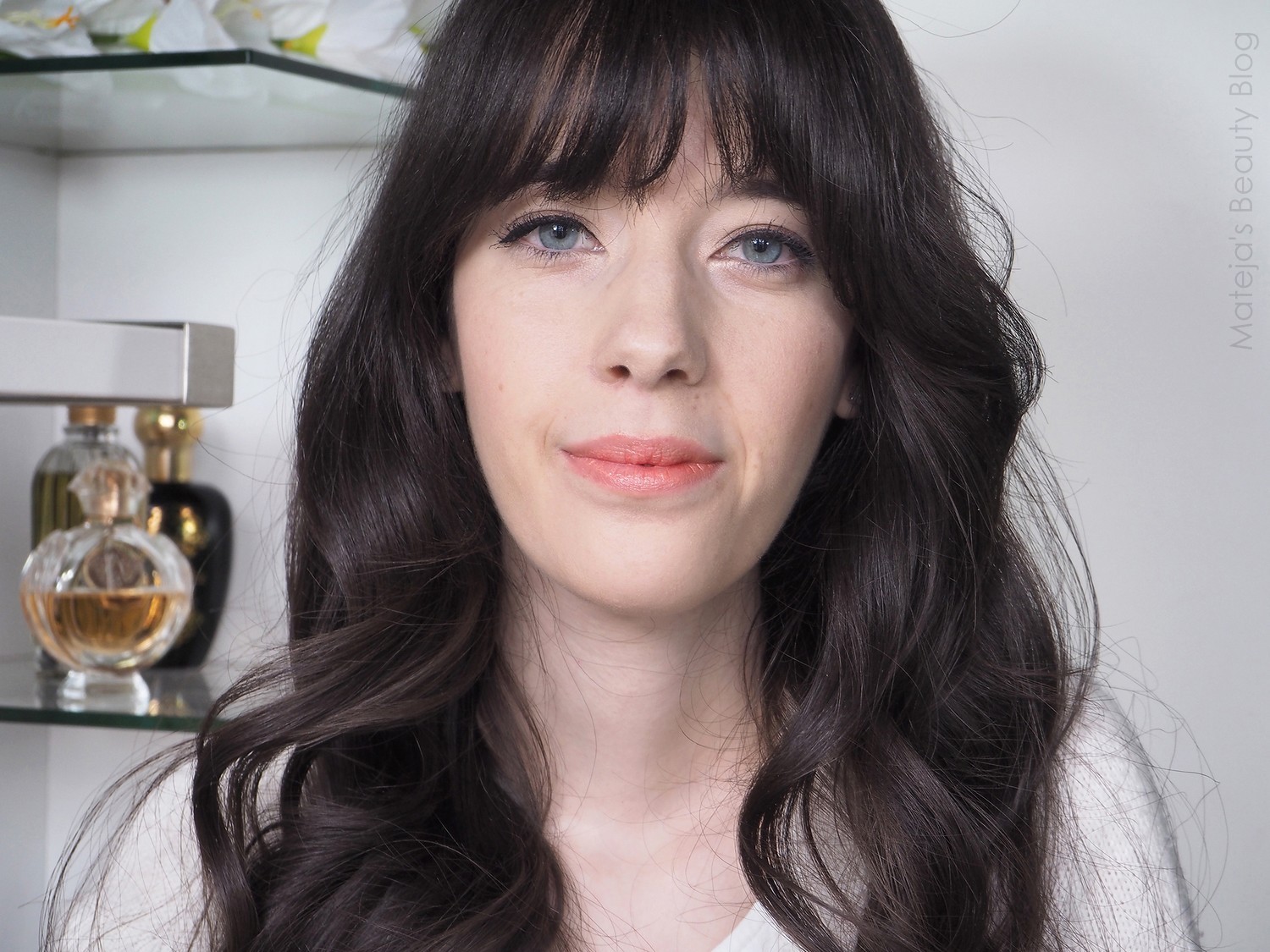 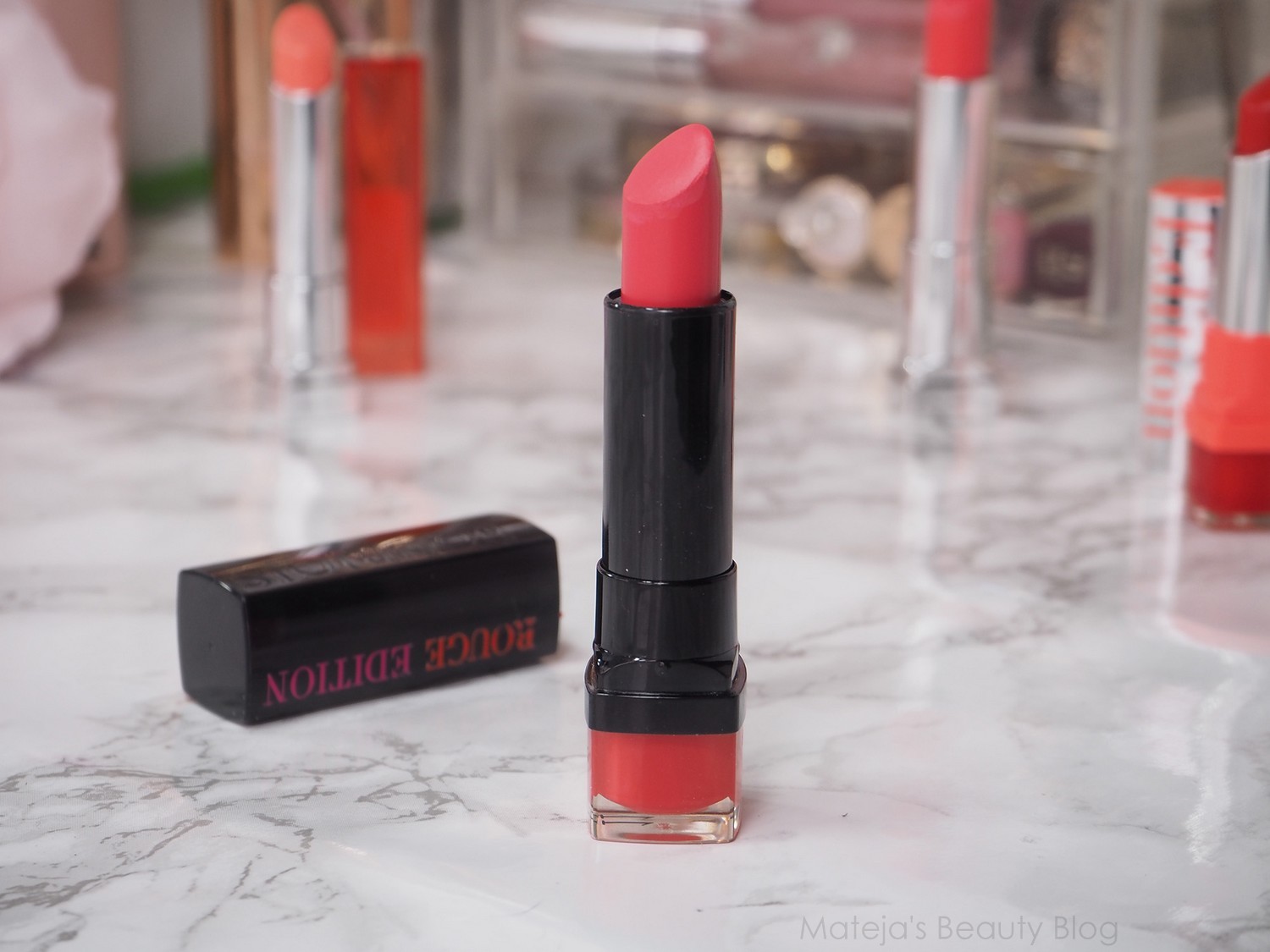 I remember this being a love at first sight because every coral I’ve picked until then, turned orange on me. The quality also impressed so much at the time, as it truly was such a step up in the drugstores with its pigmented, but at the same time light formula. Fraise Remix is pinkish orange-coral shade that is a great statement summery shade for those with a warm undertone. By the way it’s a dupe for Lancome Rouge in Love – 340B Rose Boudoir, which costs twice as much. Formula is creamy, nicely pigmented, basically the same as Lancome’s Rouge in Love, so also comfortable to wear. Staying power is very decent for a lipstick with a creamy finish. 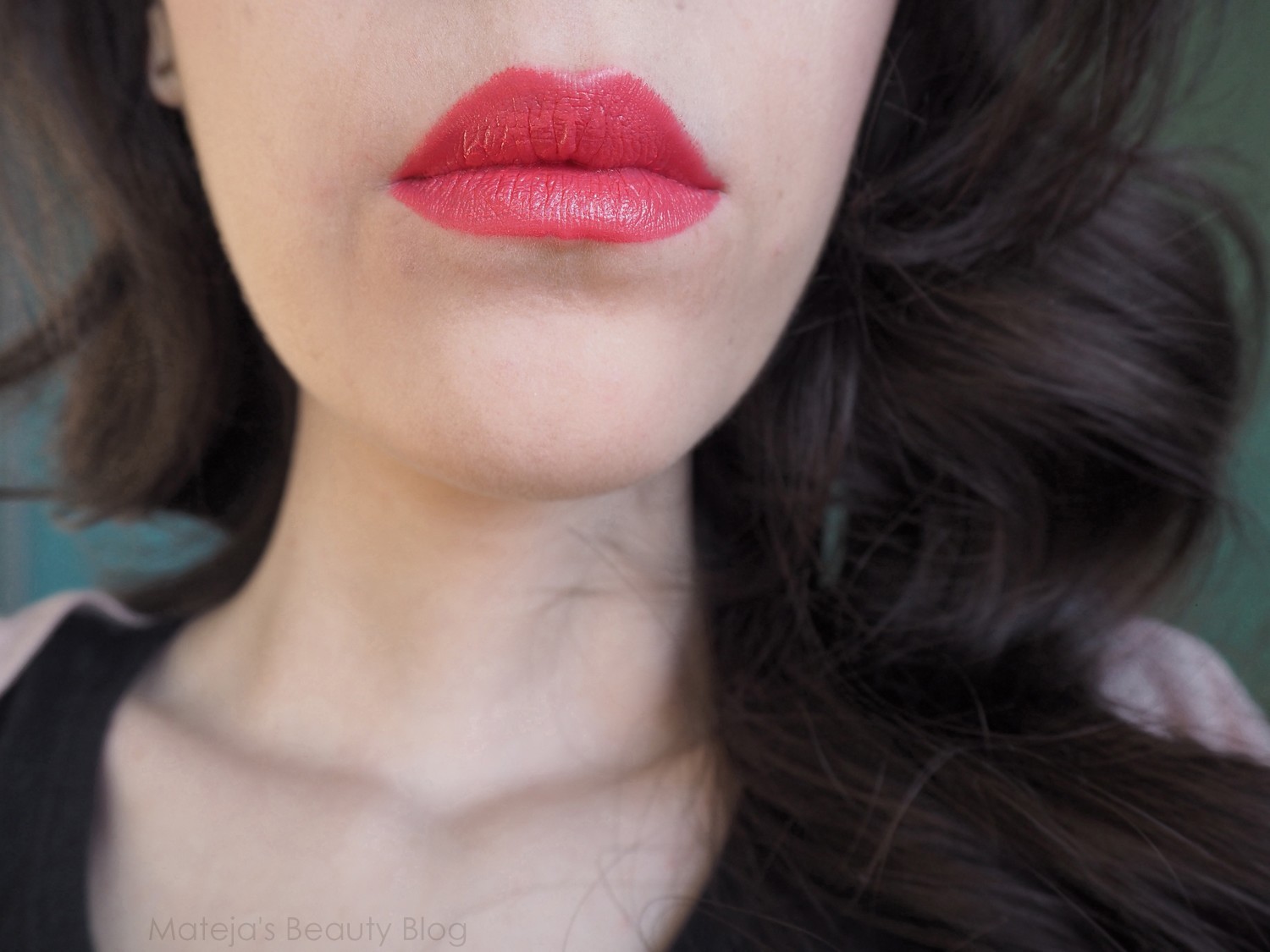 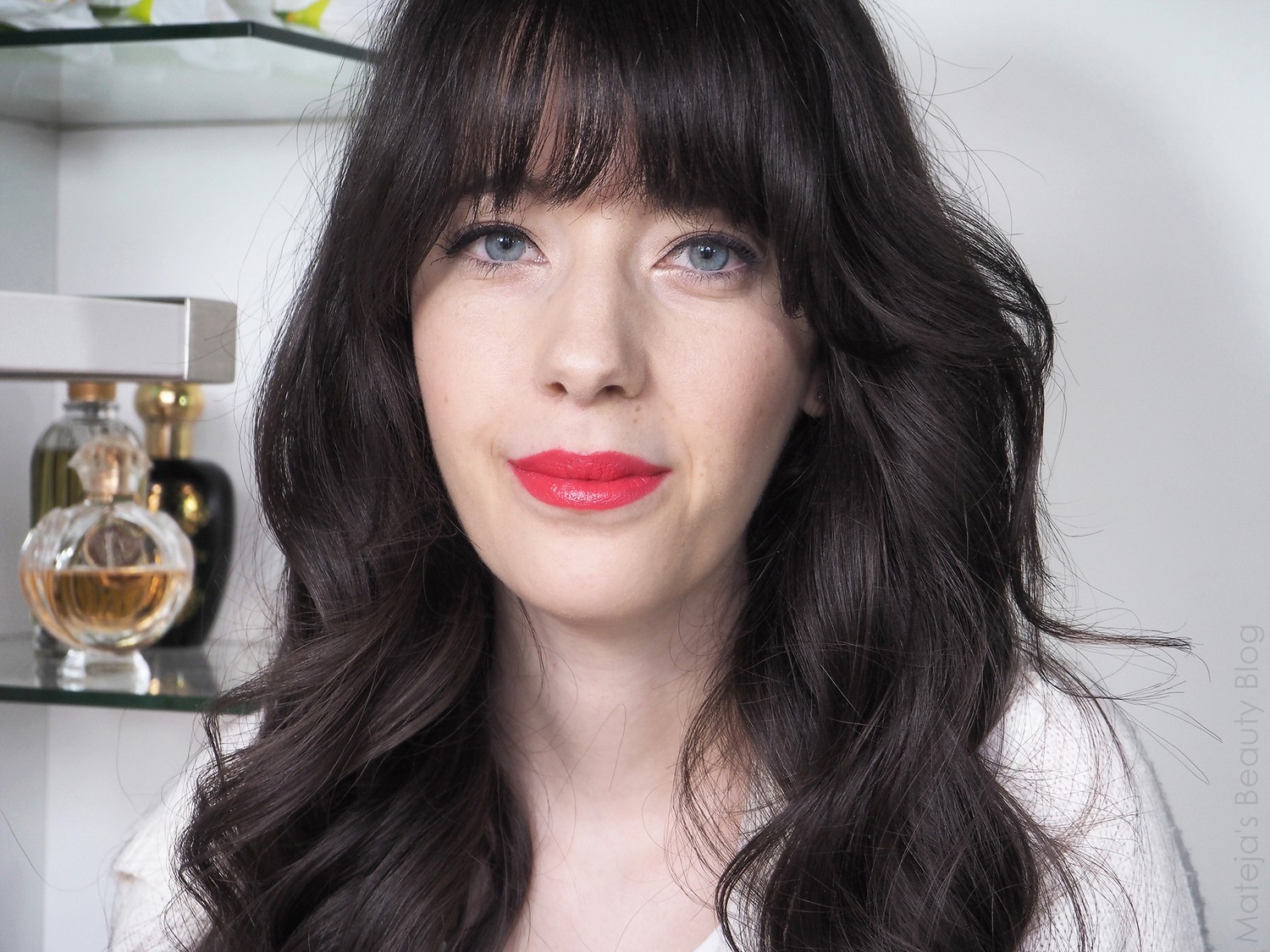 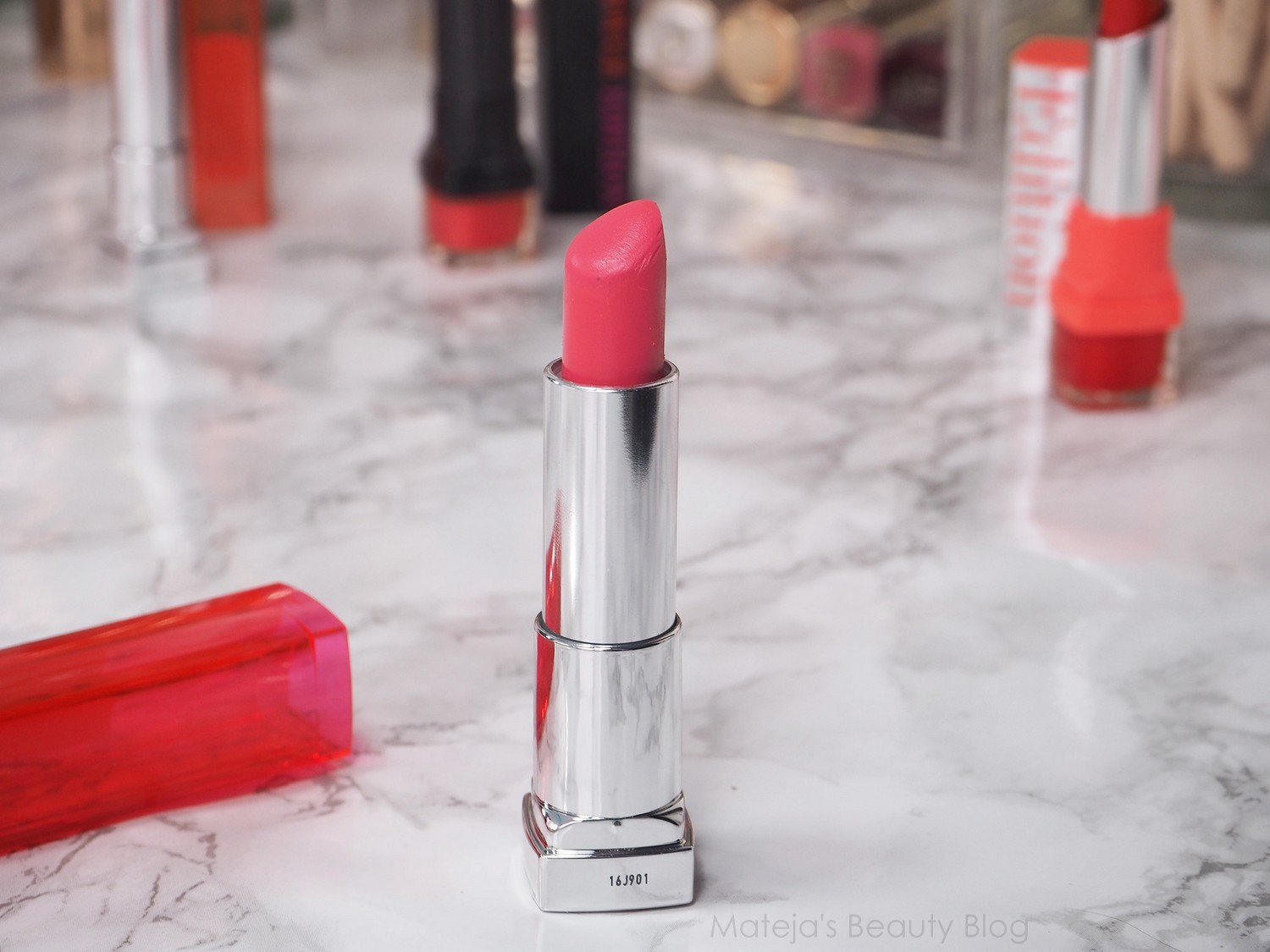 There used to be a bit of a hype about this shade. It was quite unique in the drugstores, still is I guess, and a popular summery shade. It’s pinker than Fraise Remix with much less coral. Formula is a bit less silicone-smooth feeling than Bourjois, but nonetheless very good for a drugstore lipstick. 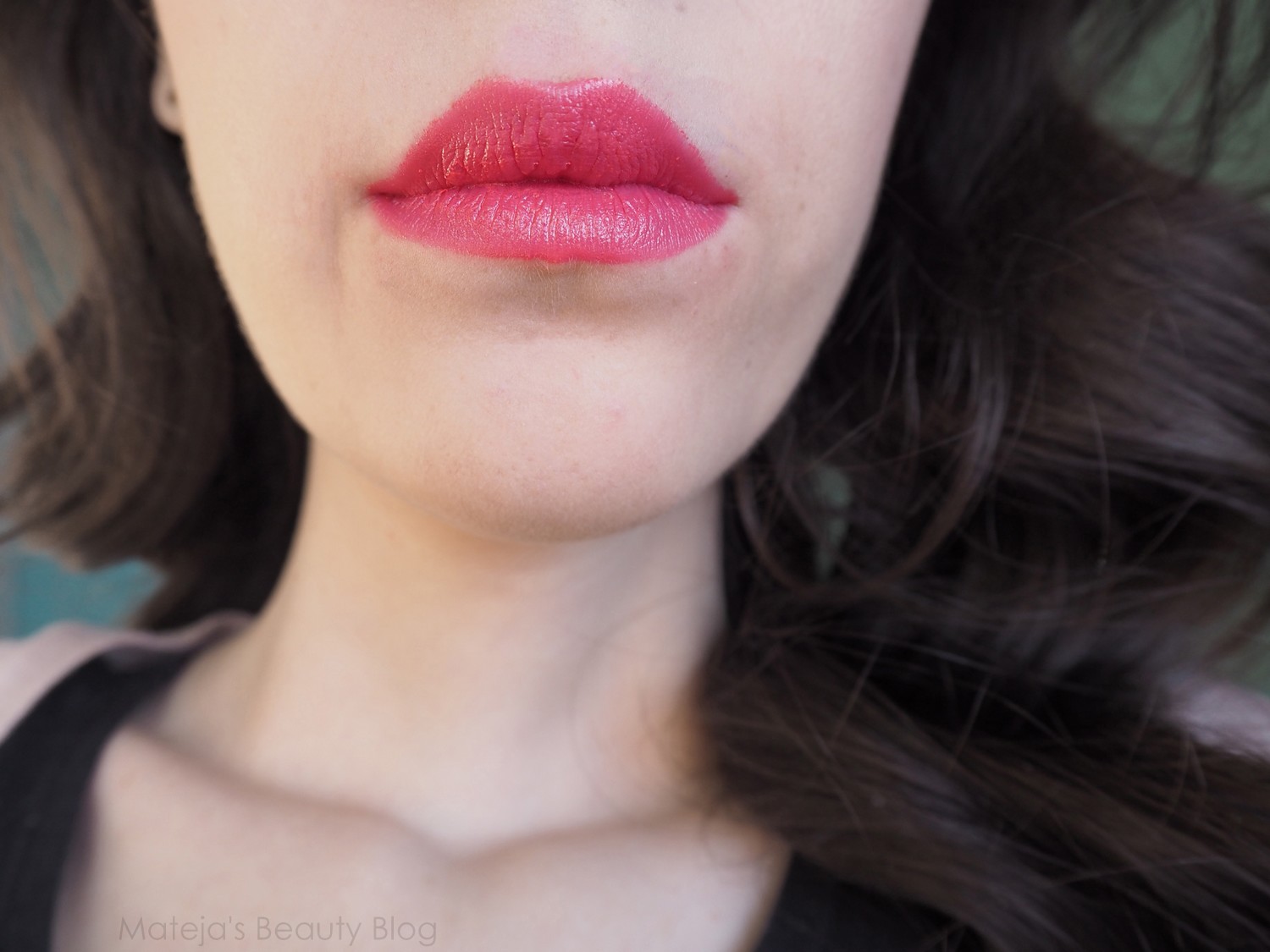 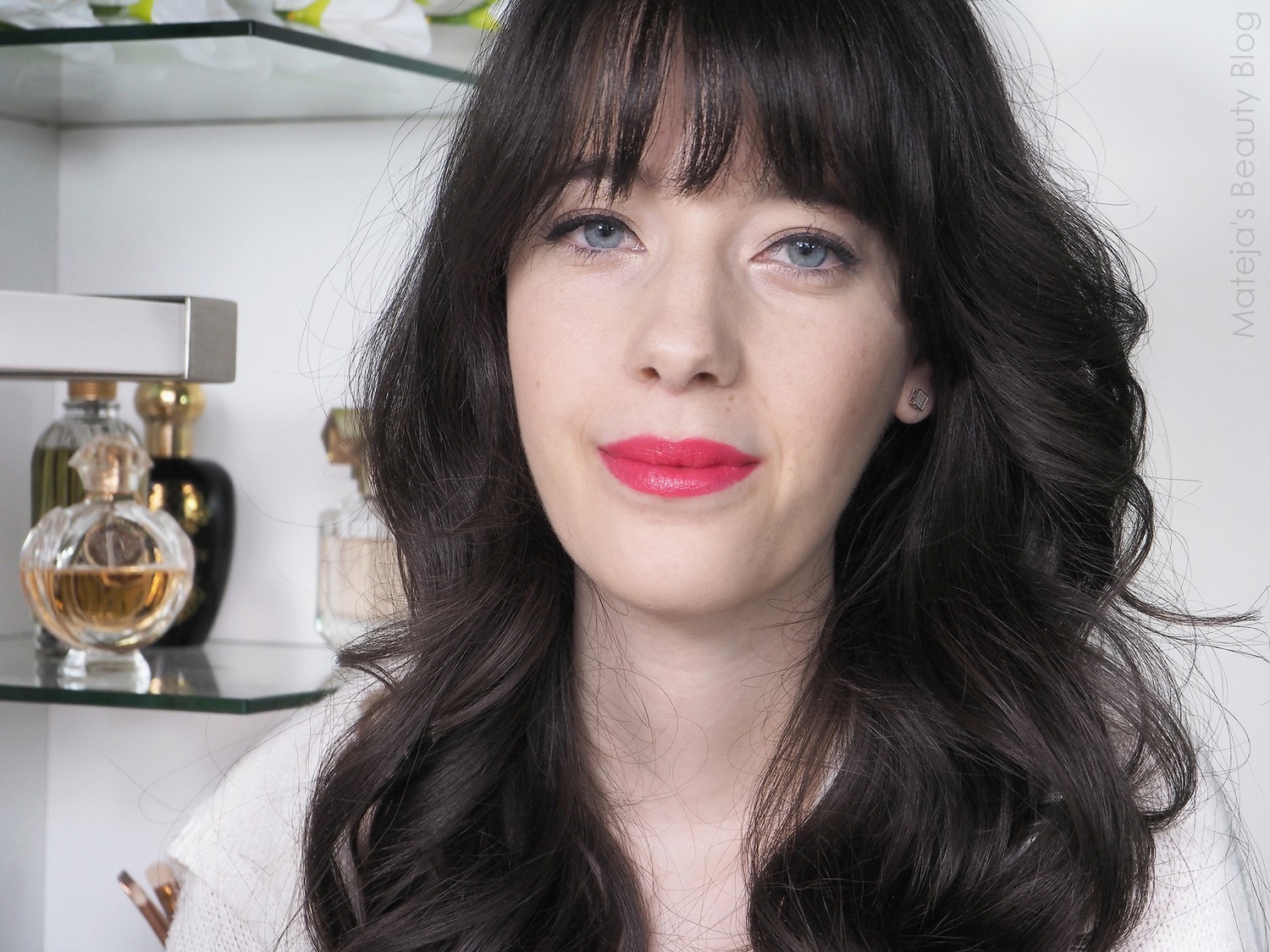 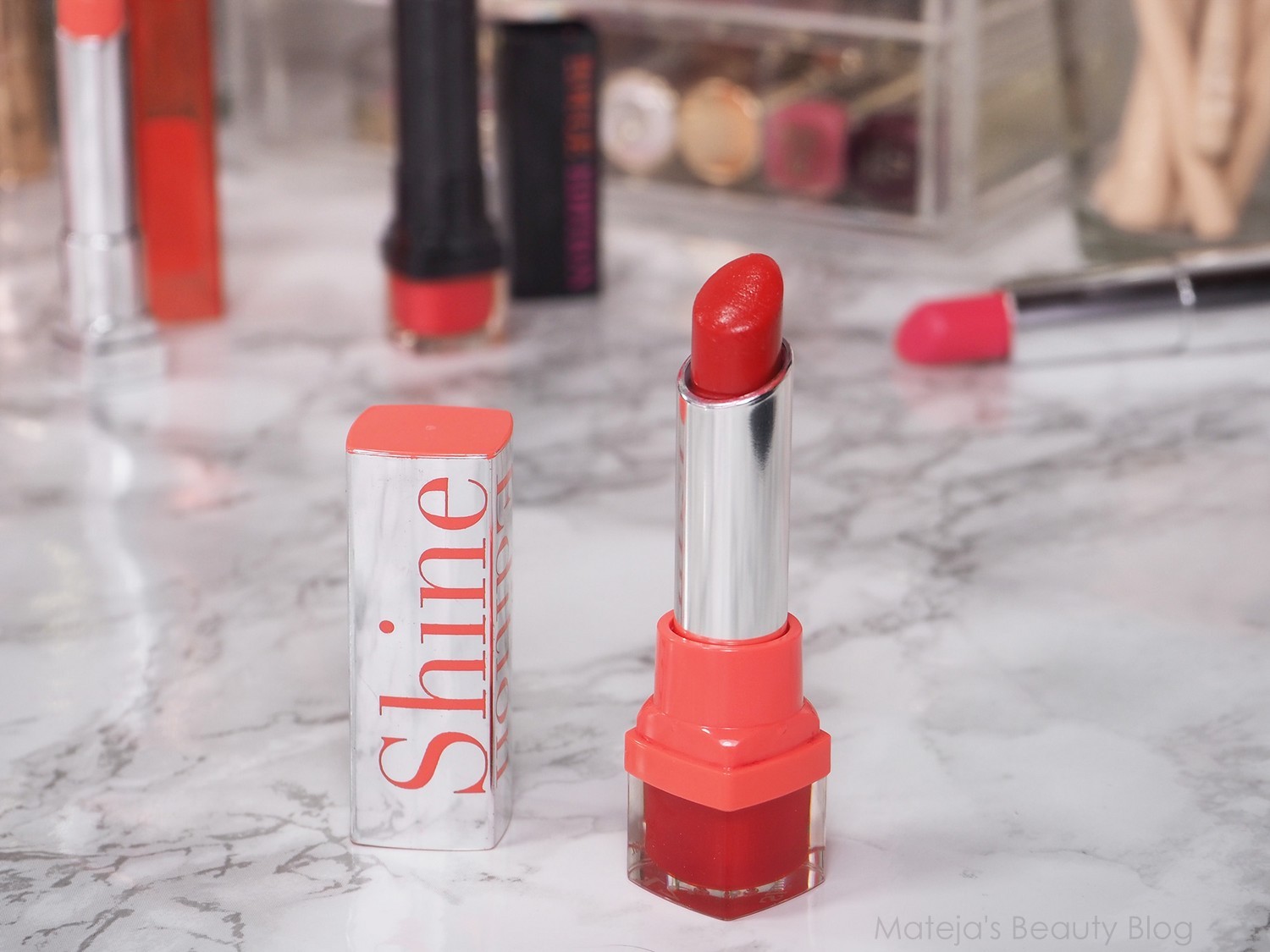 I neglect this one far too much. It’s kind of Lady Danger’s more red, sheer sister, so it’s a nice warm red. Formula is super comfortable, with a semi-opaque pigmentation and for such a type of lipstick it surprisingly doesn’t disappear from the lips in 15 minutes. 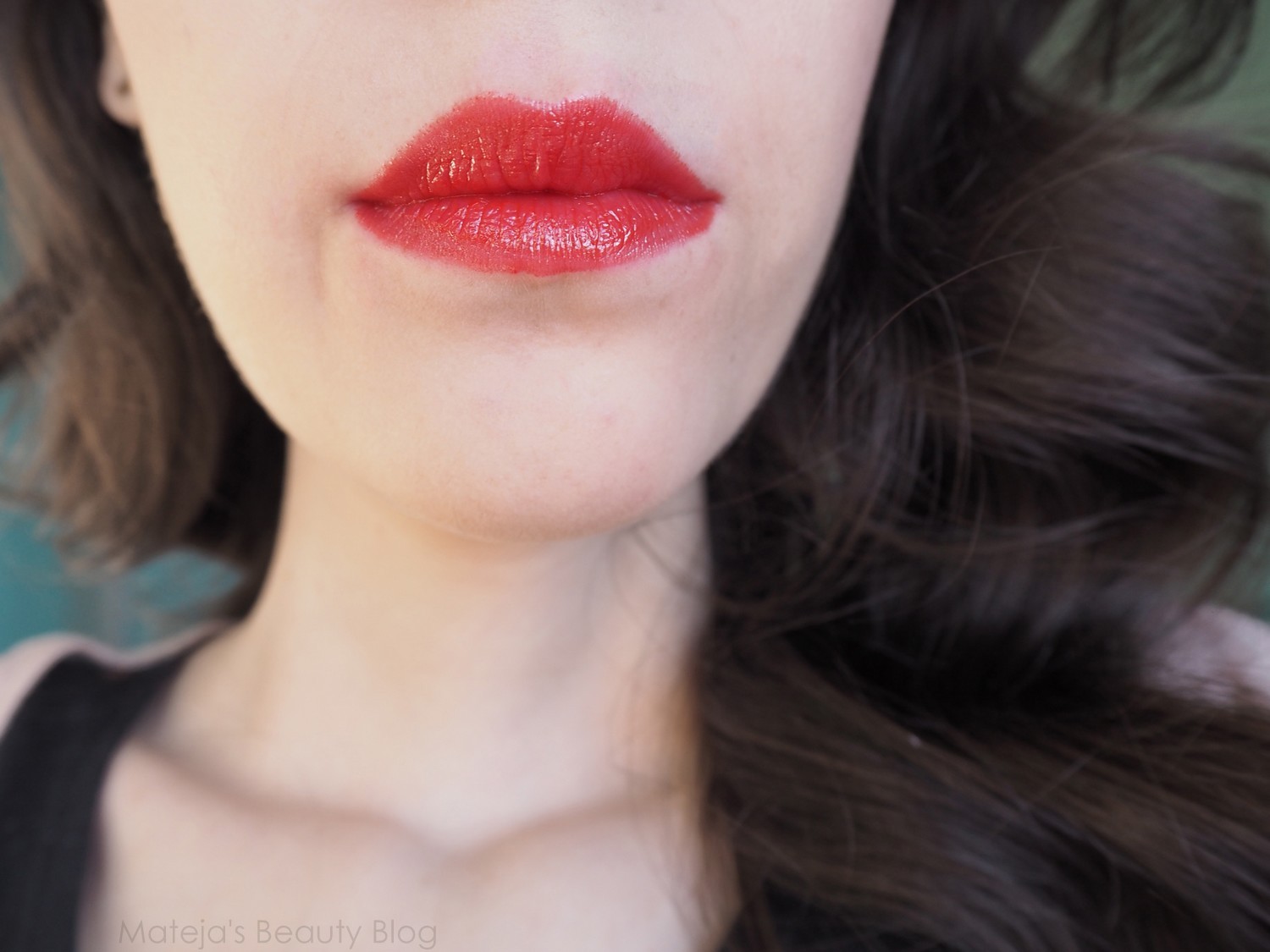 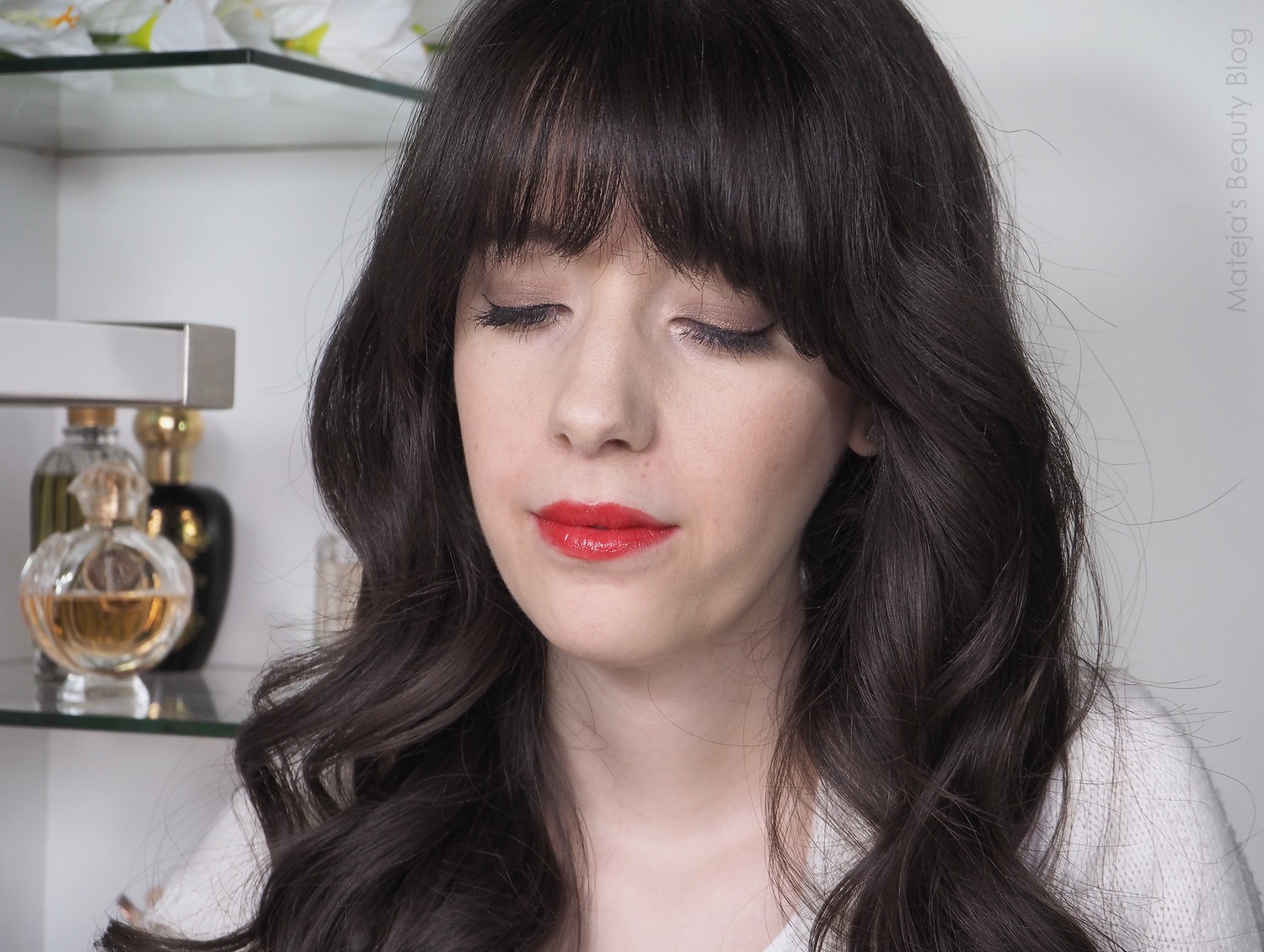 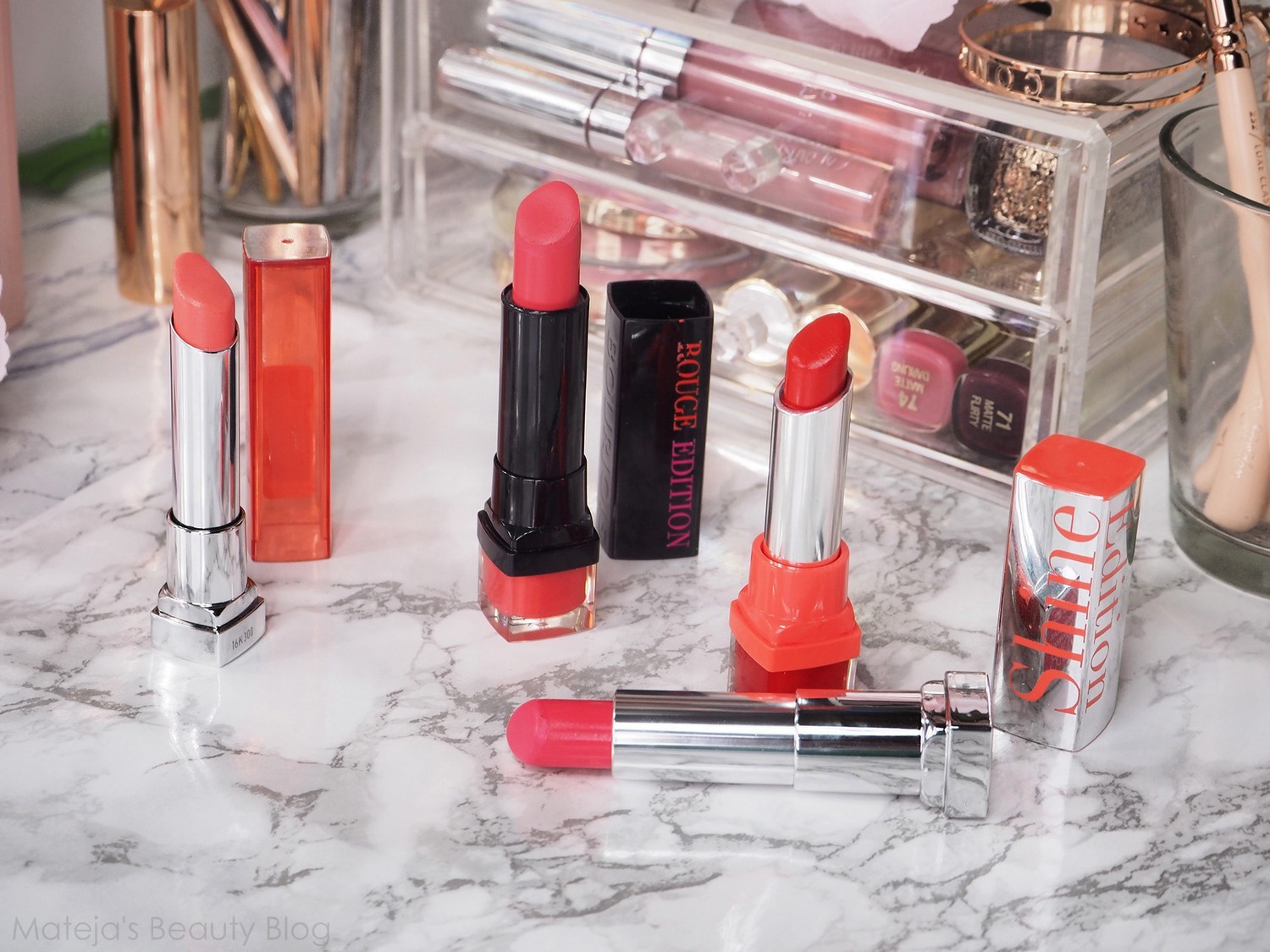 I didn’t stop at only four shades, but I took some extra time to swatch again some other shades at which I felt the original picture wasn’t good enough – not in terms of colour accuracy though, I’m actually surprised how good they were in that respect. Pictures were already added to the original posts. 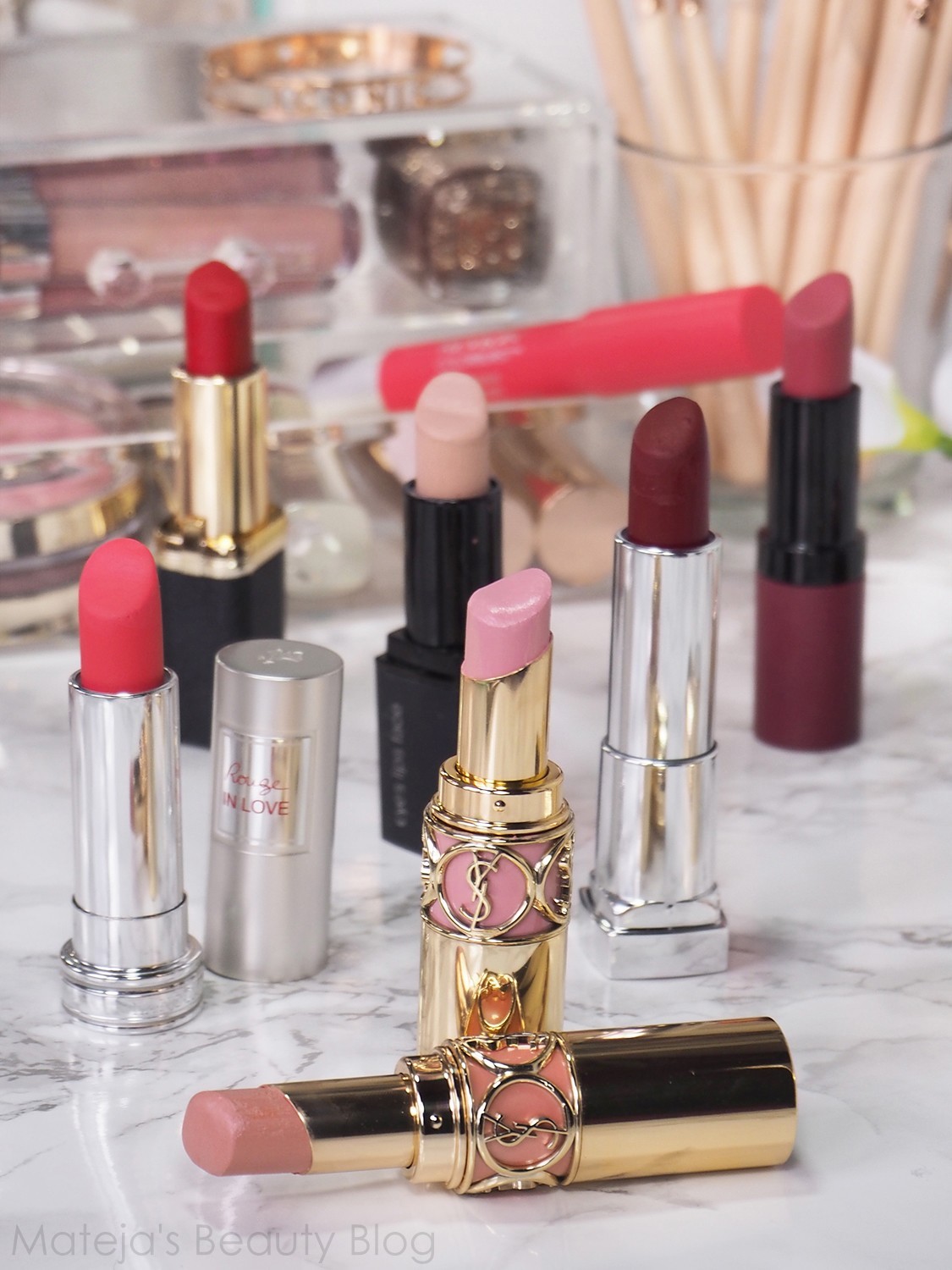 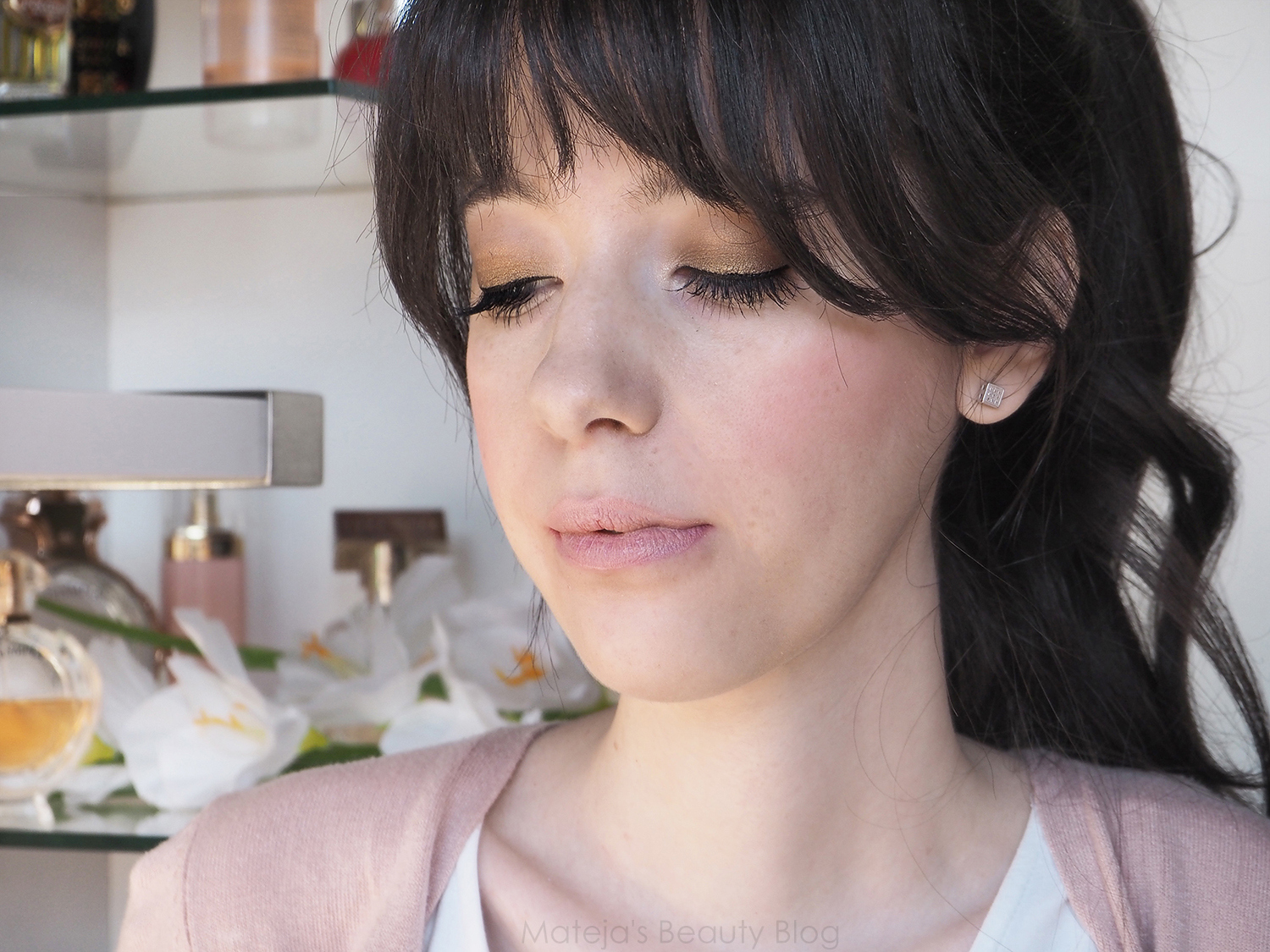 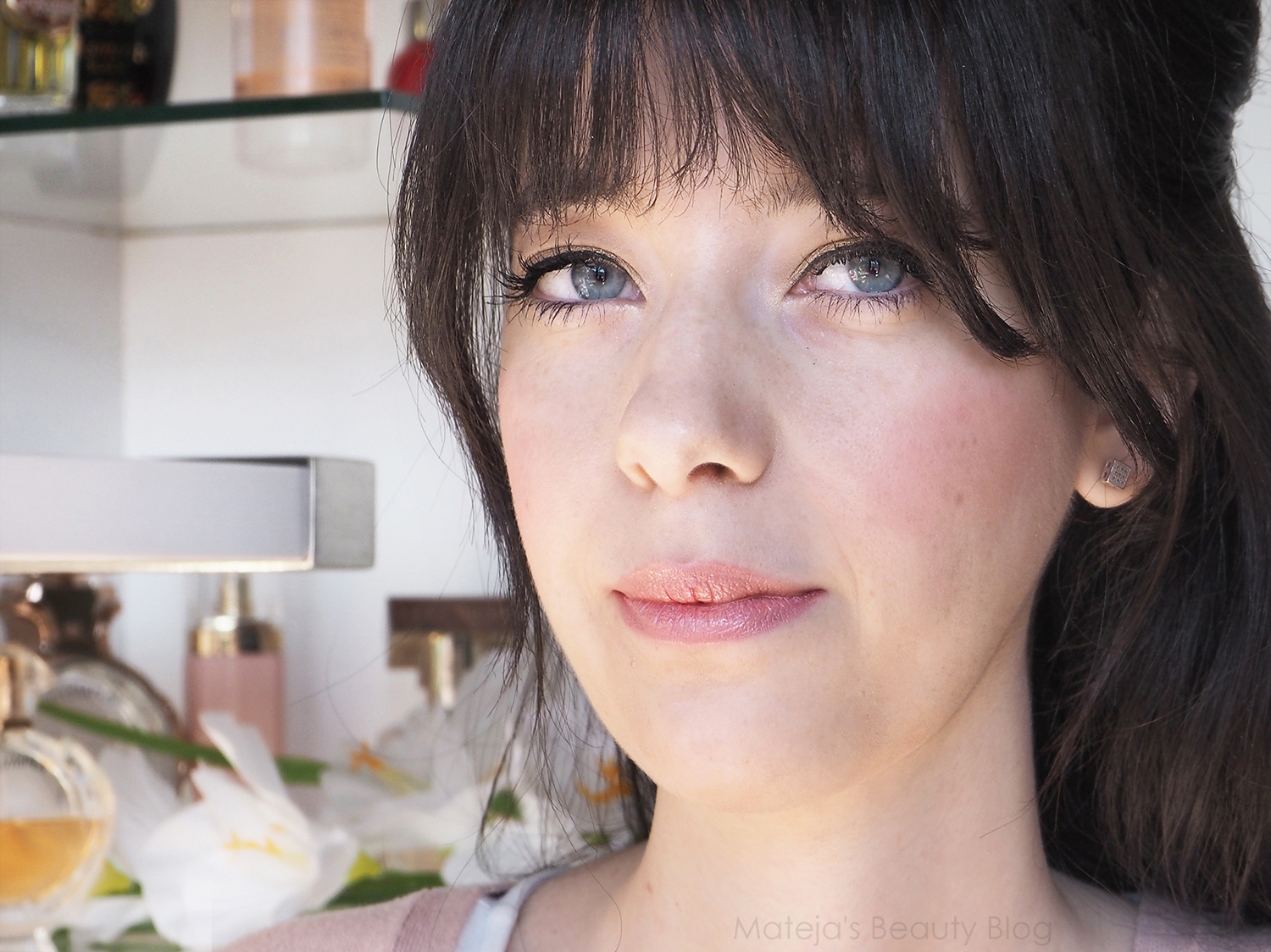 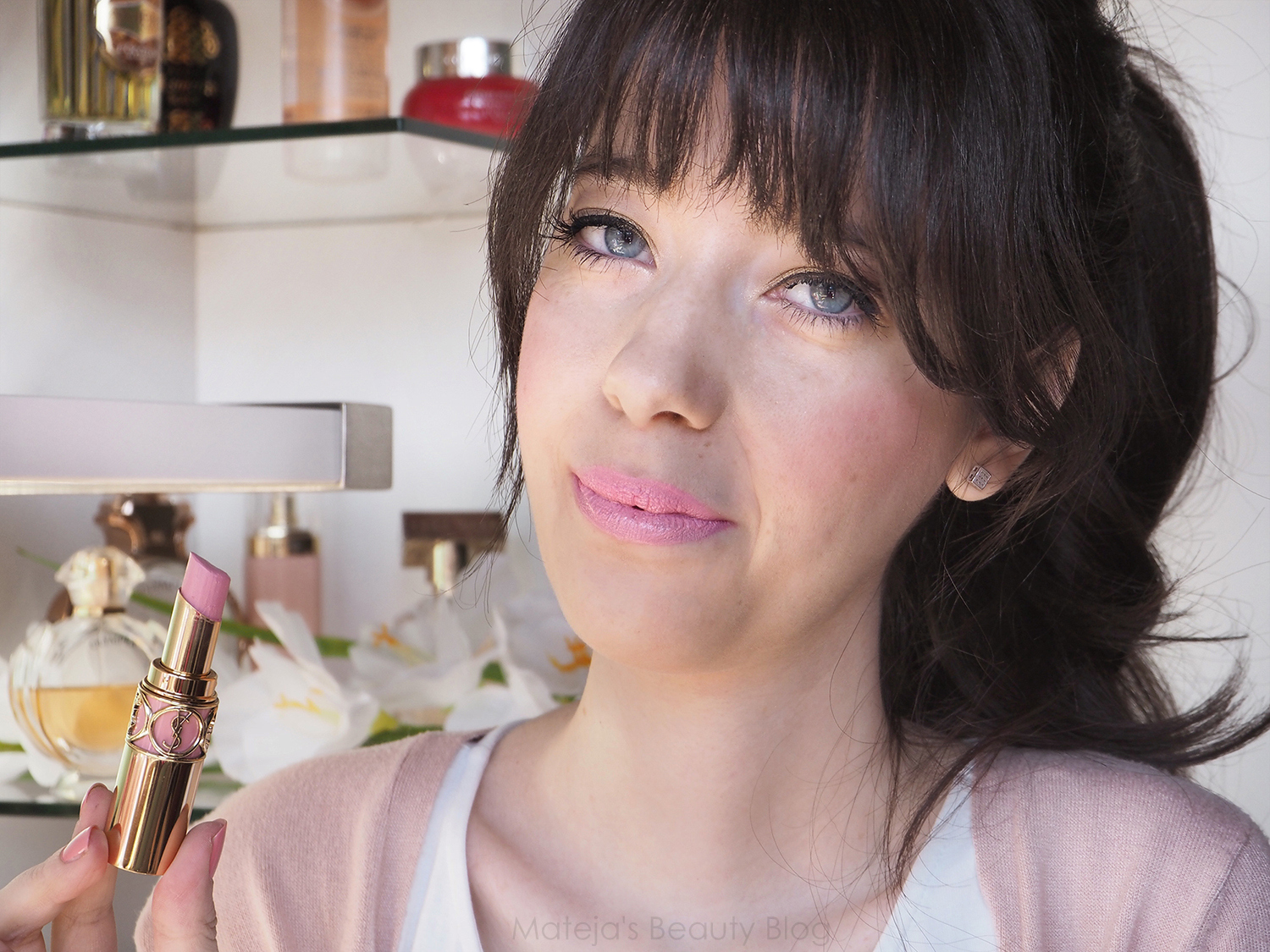 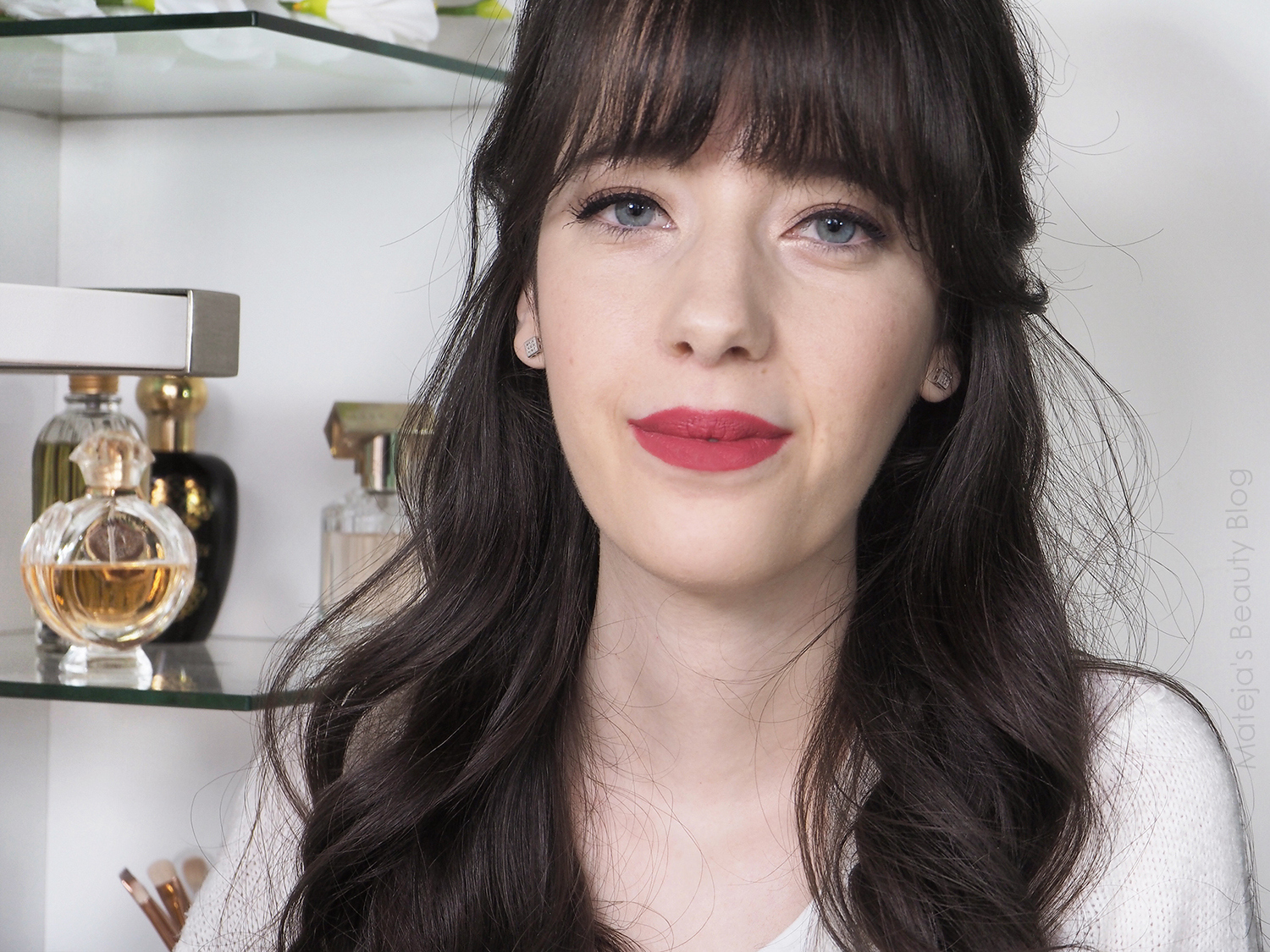 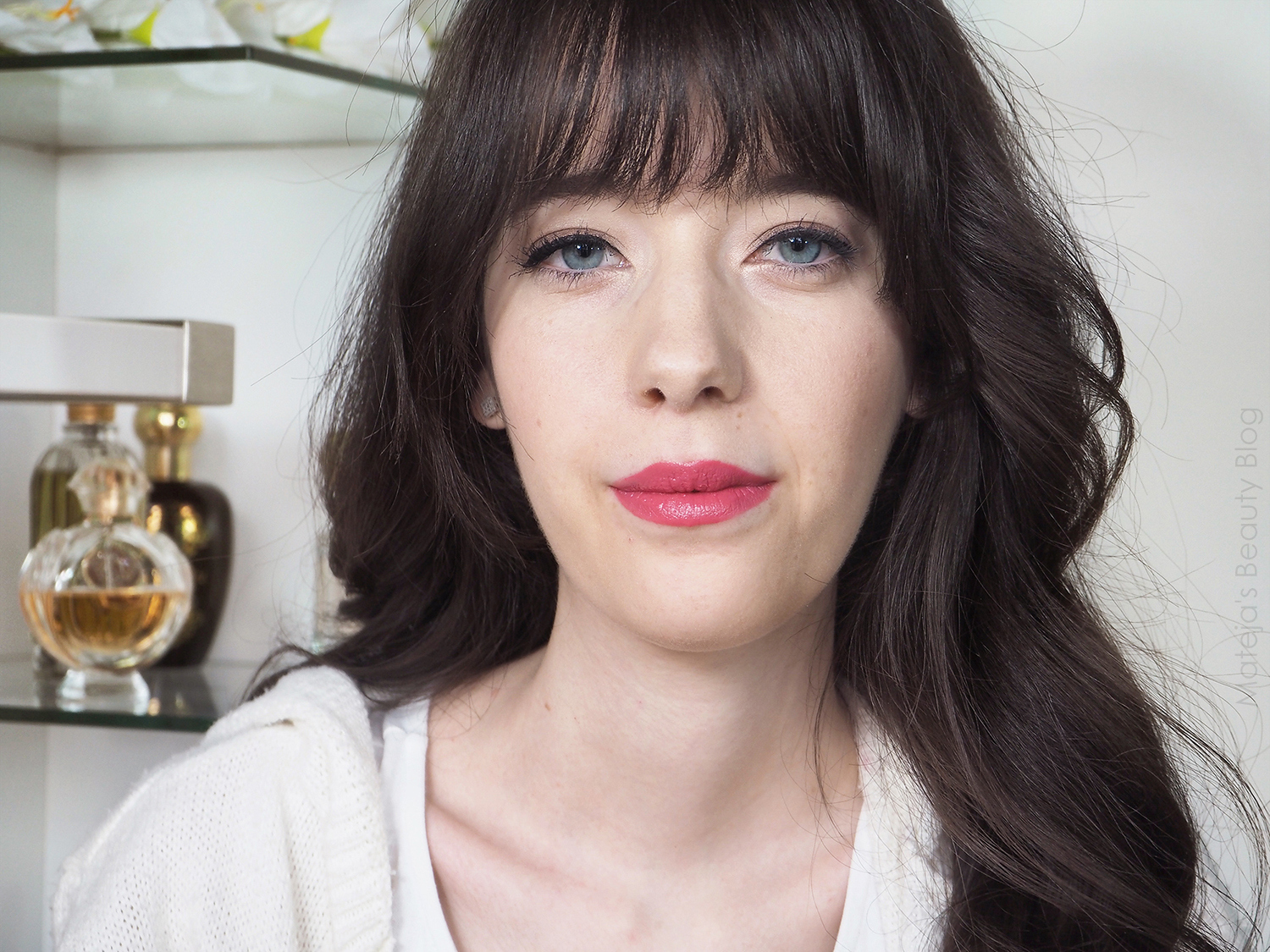 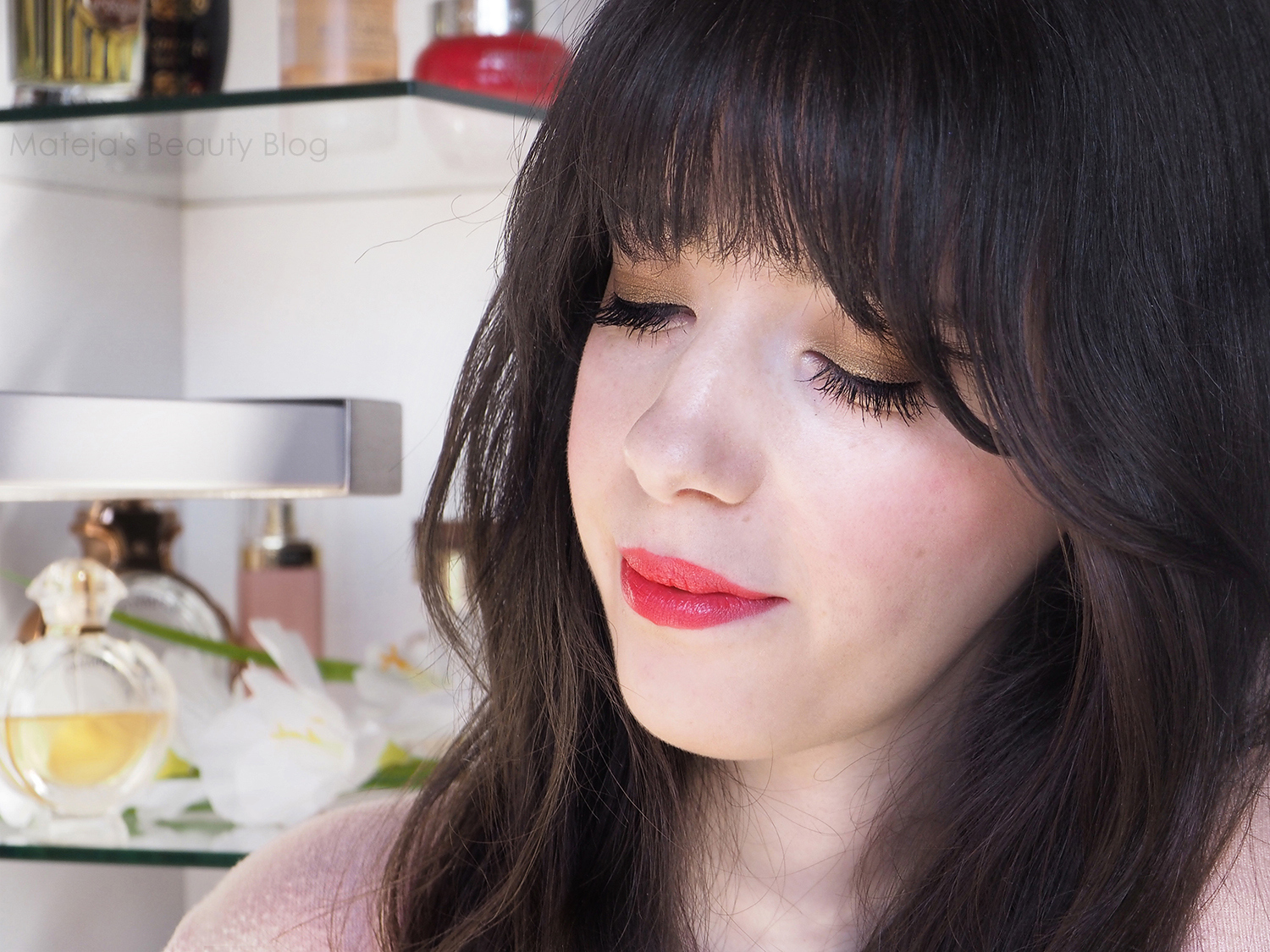 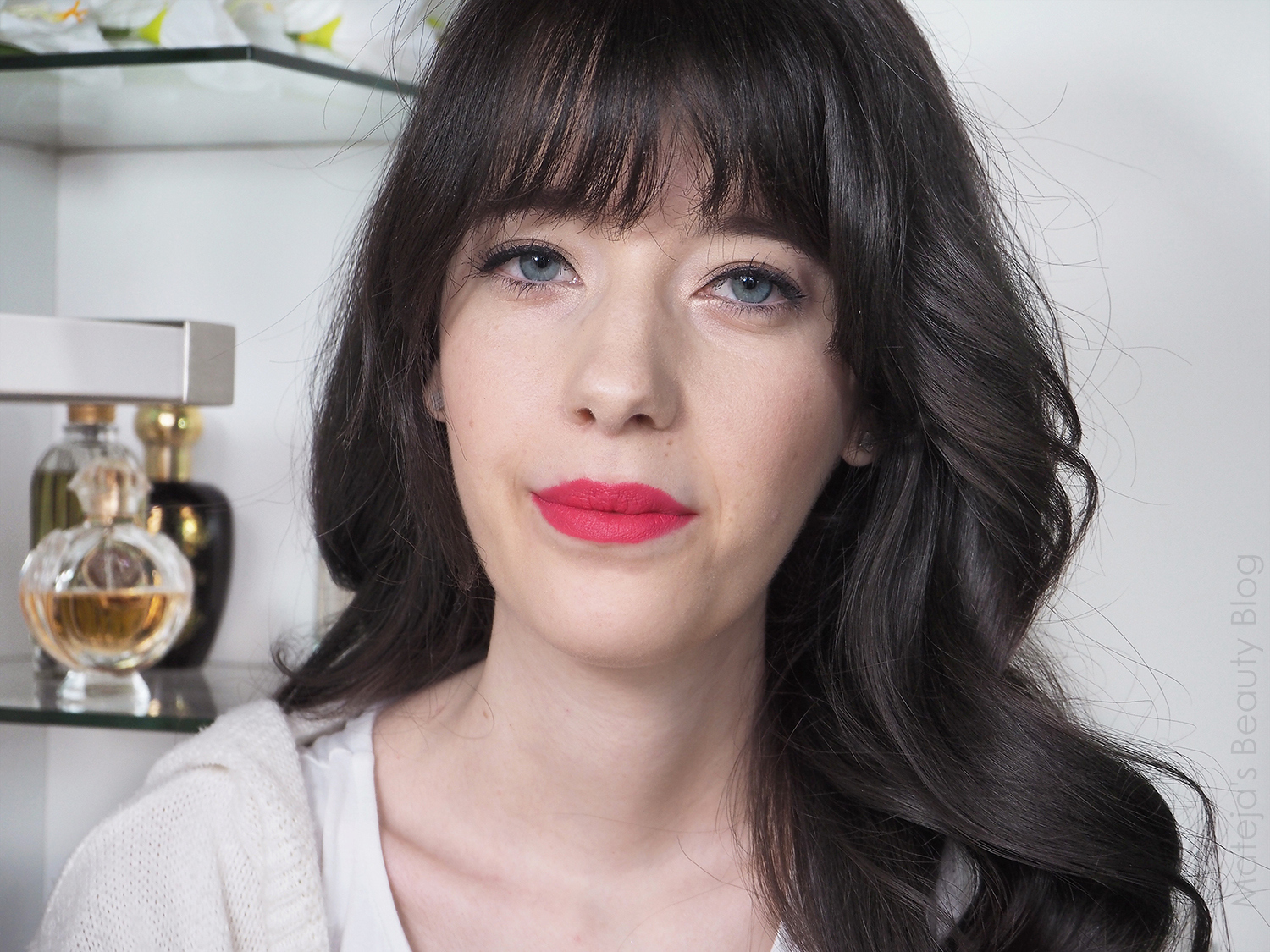 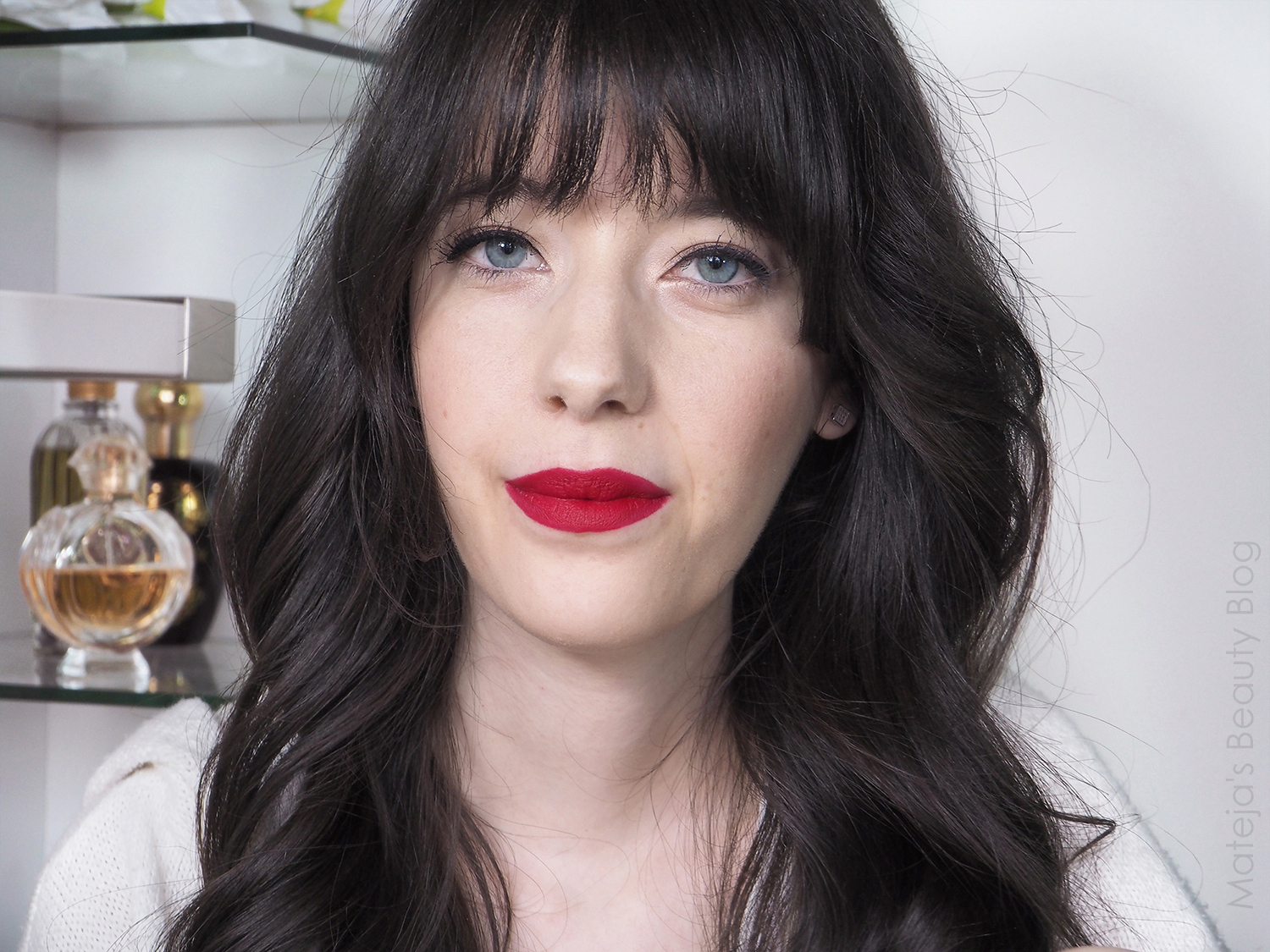 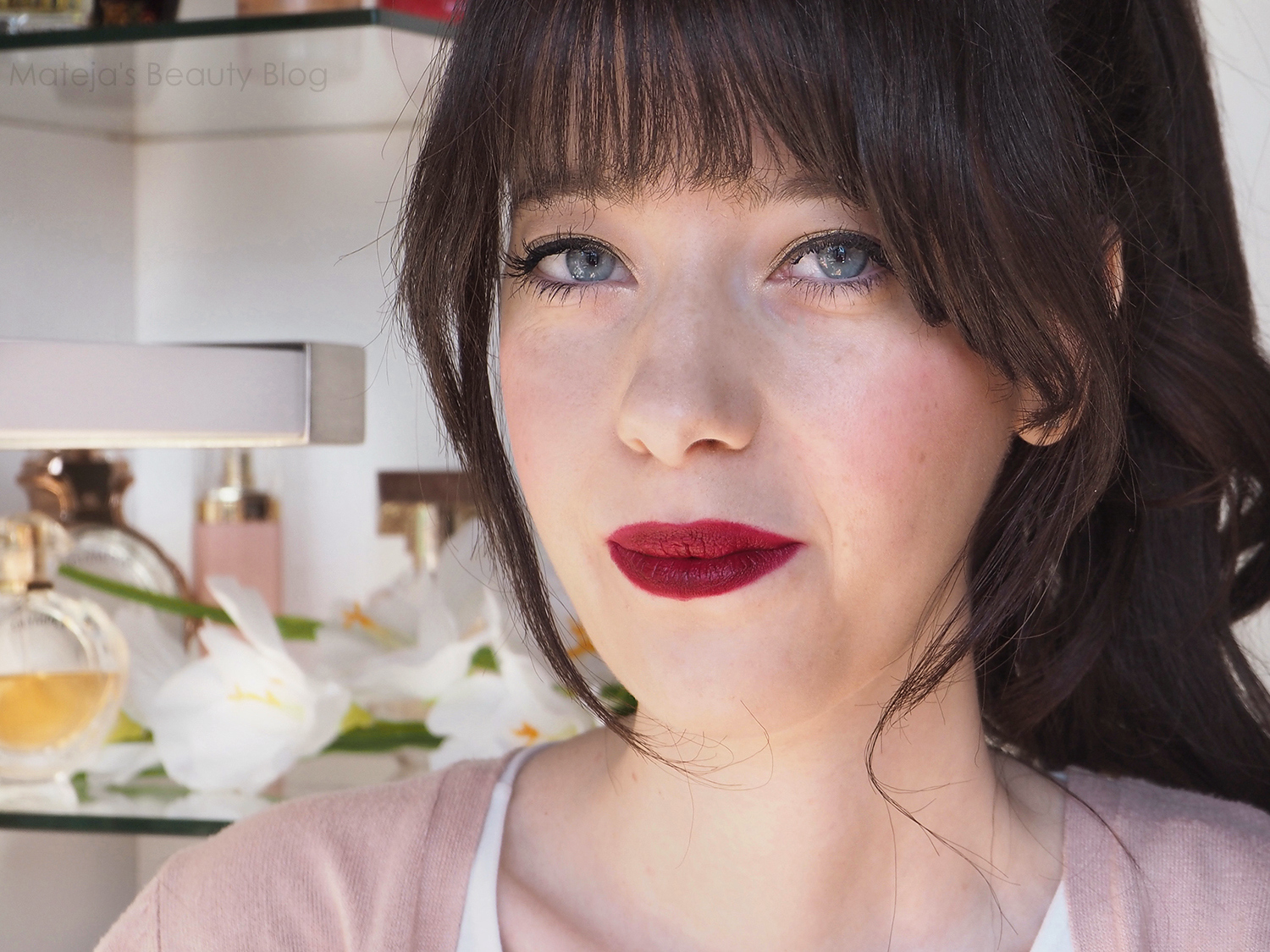 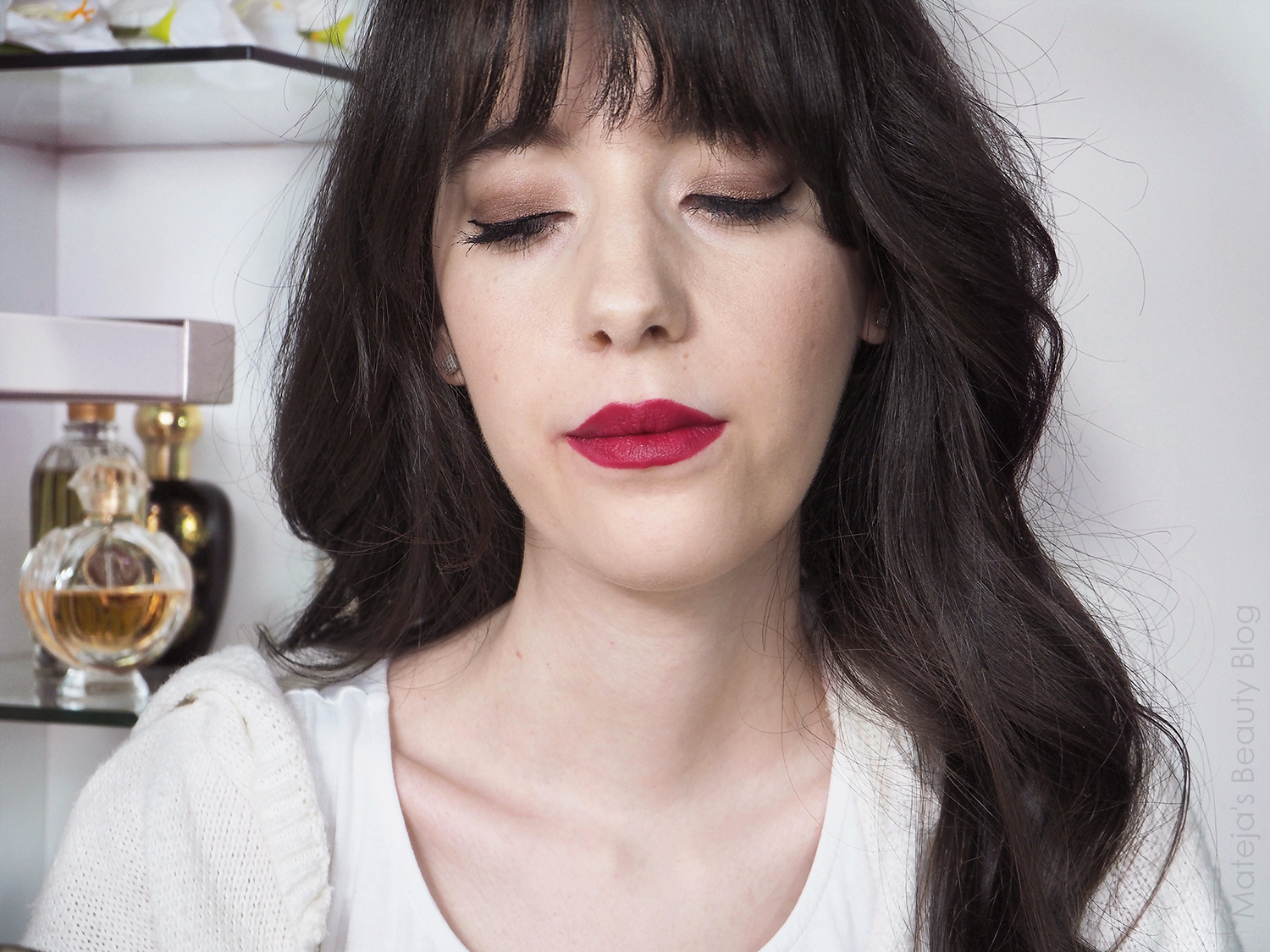 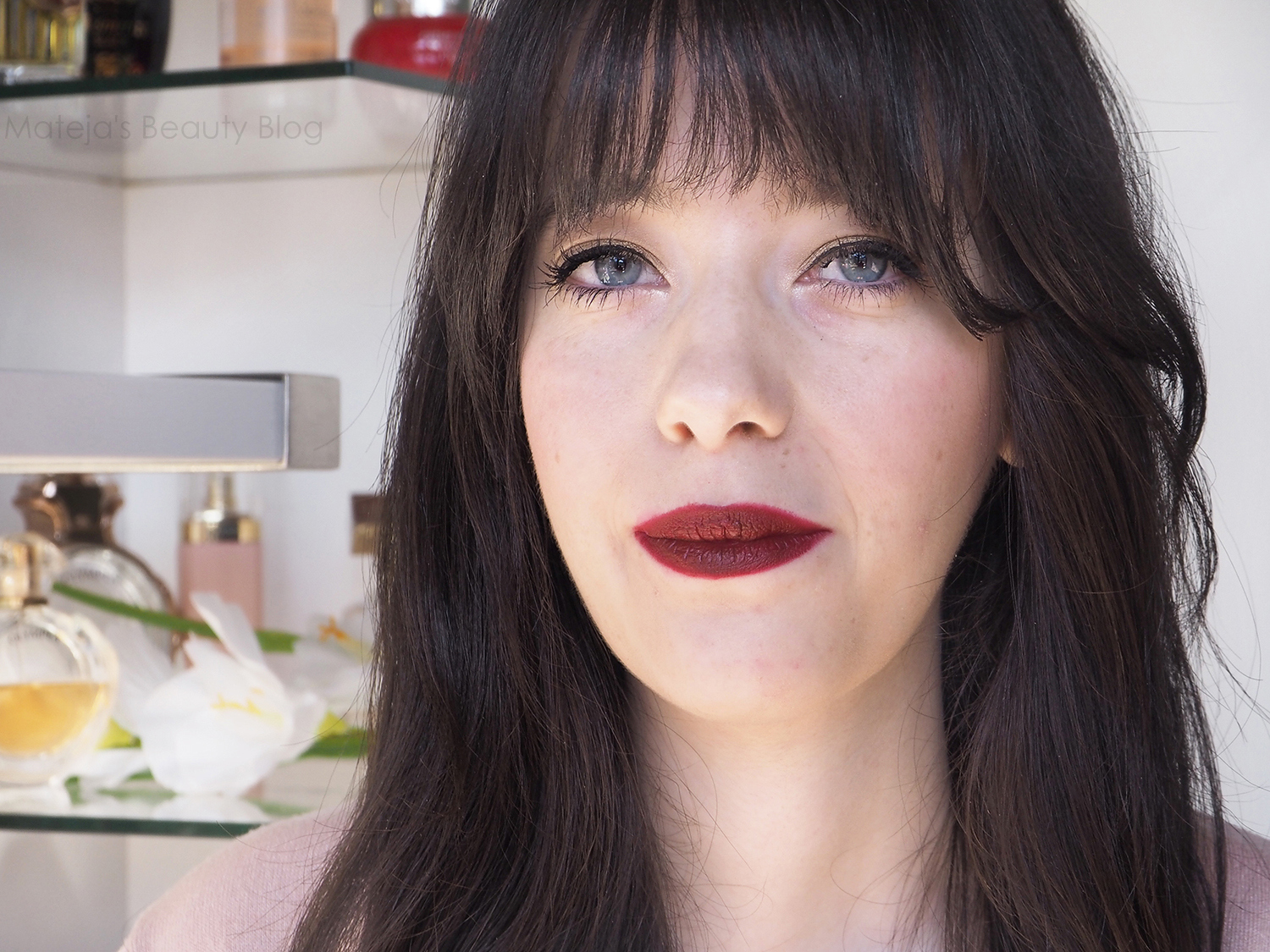